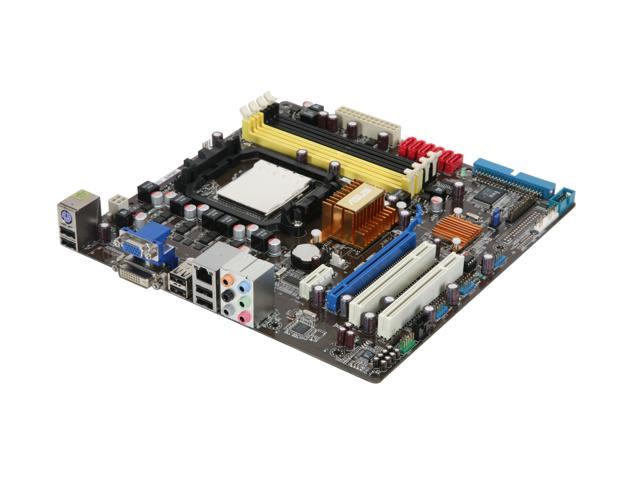 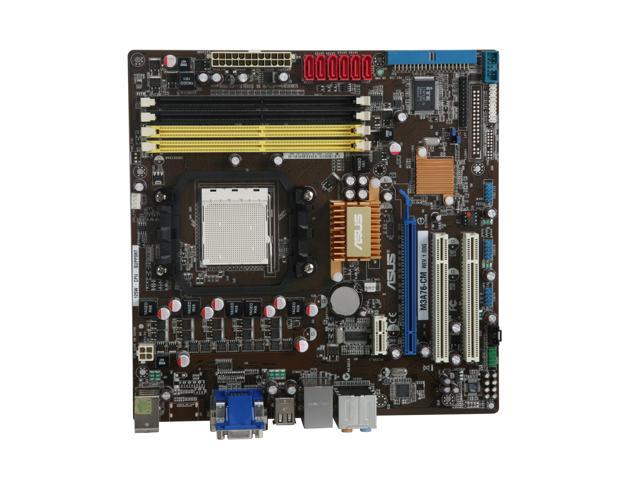 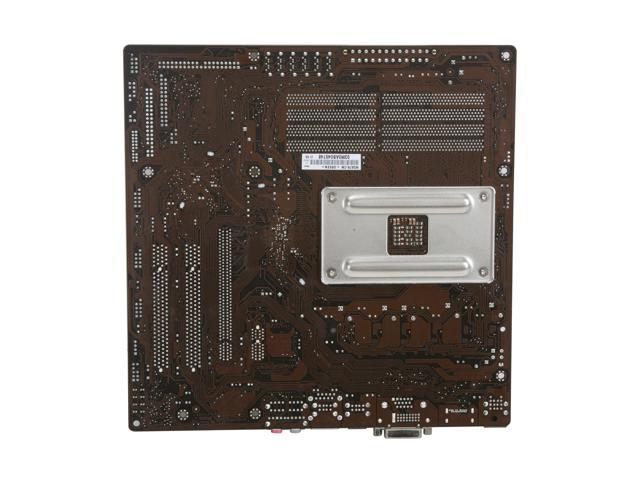 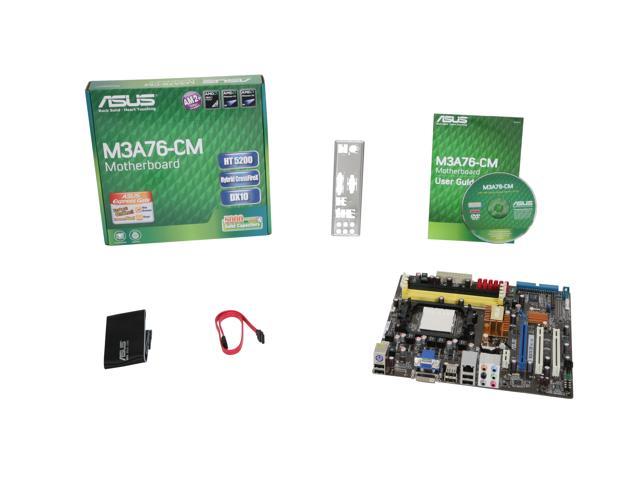 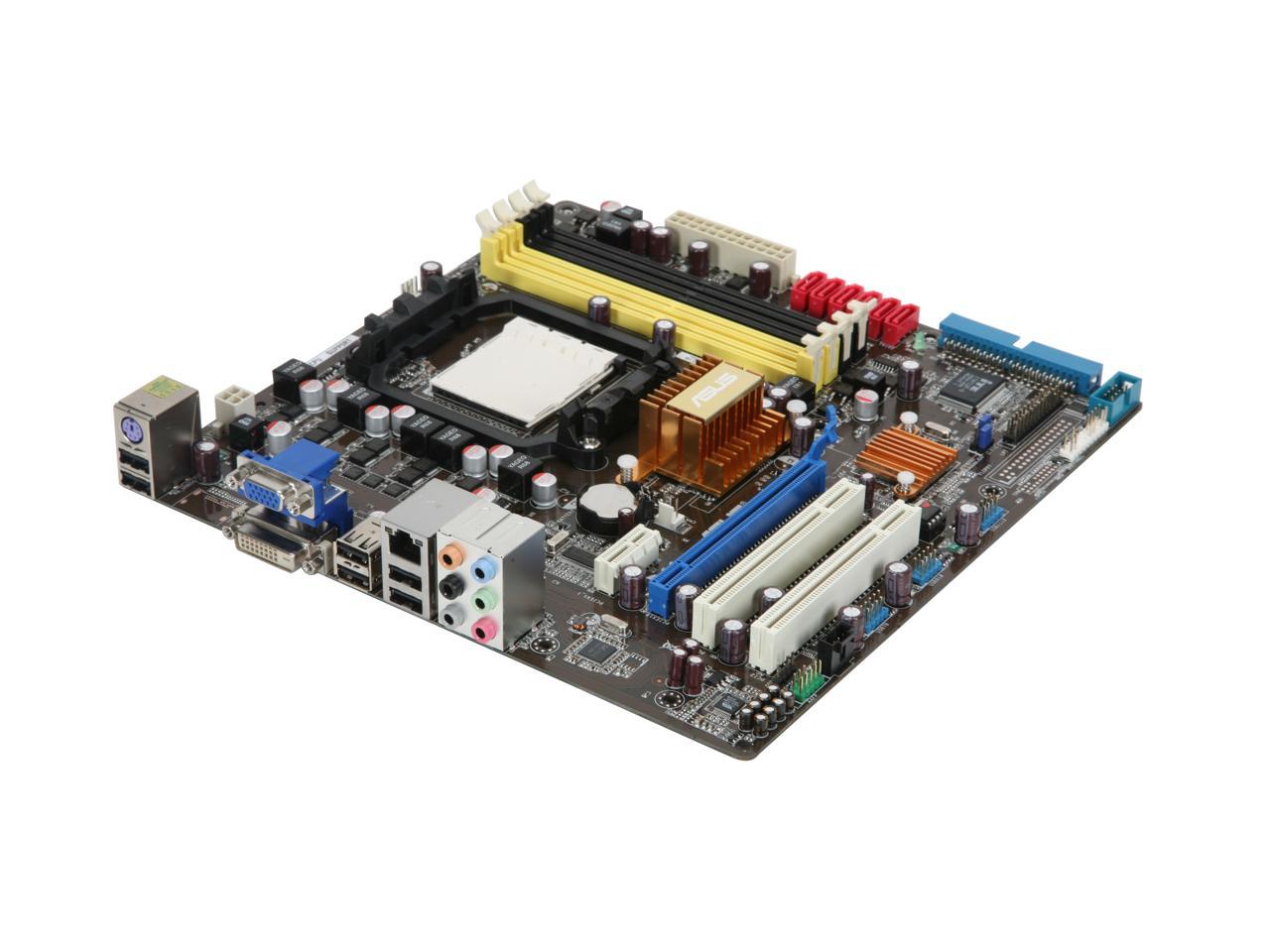 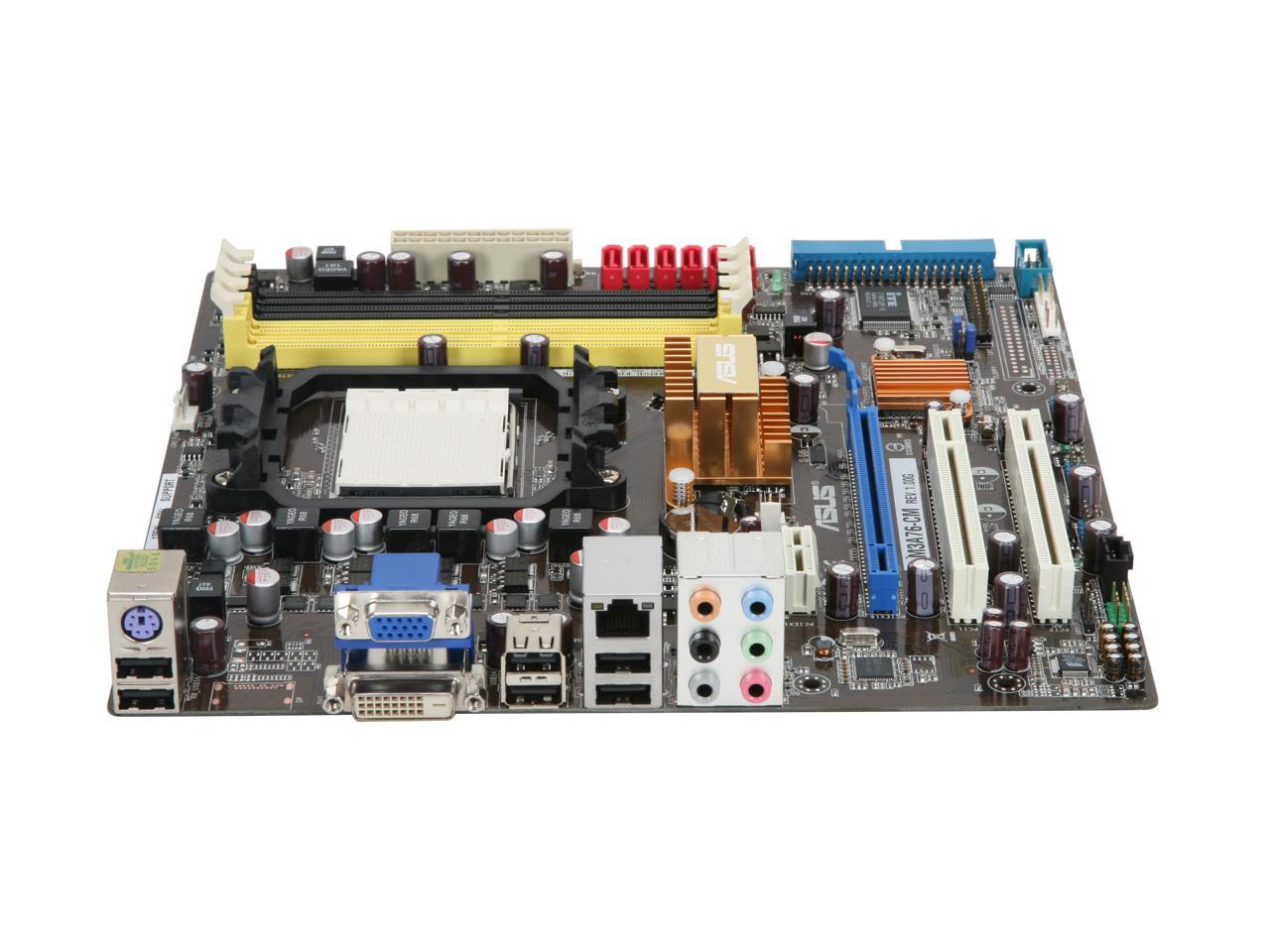 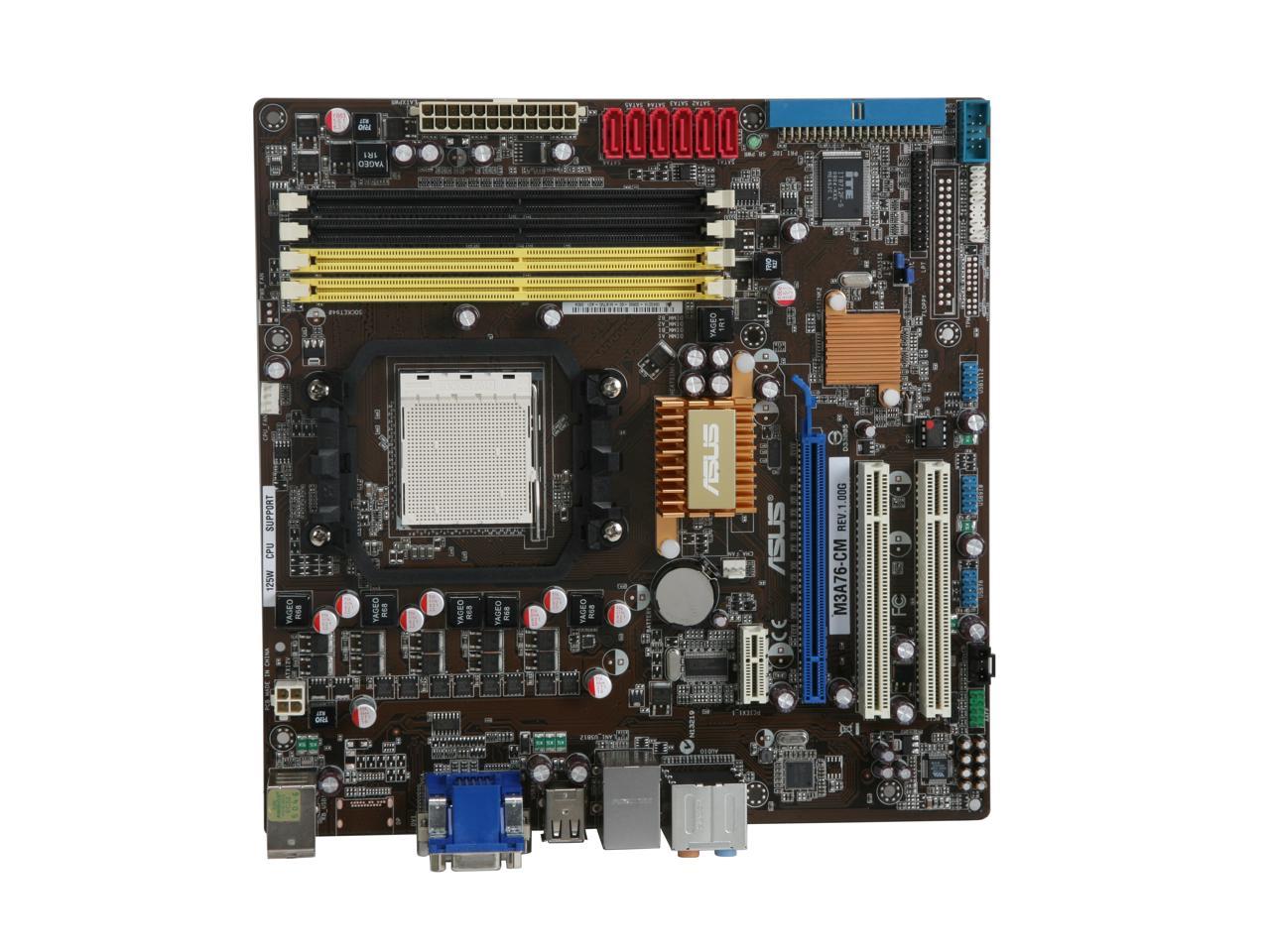 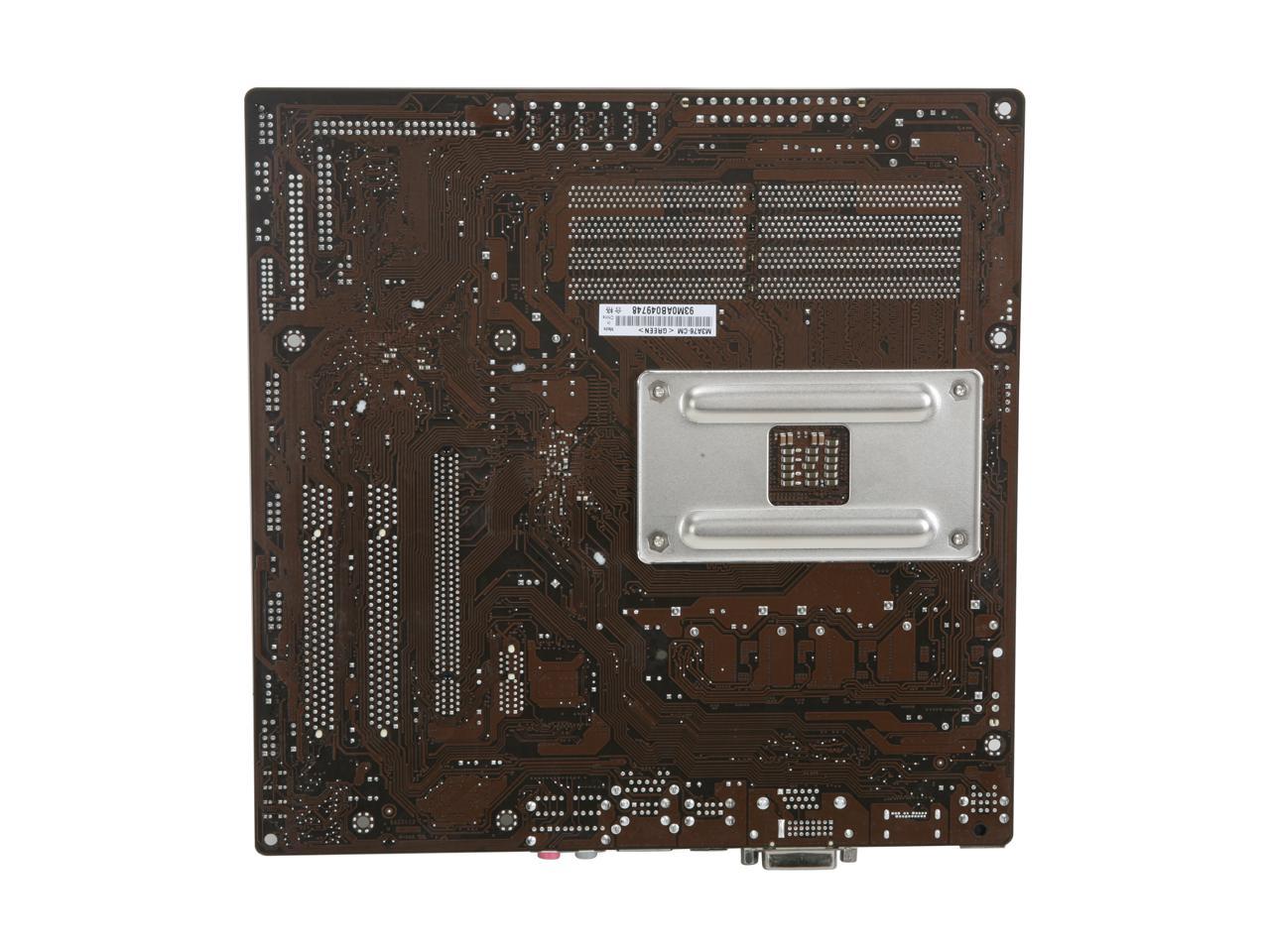 (117) Write a Review
In stock.
Ships from United States.
Most customers receive within 7-9 days.
Specs
Reviews

Learn more about the ASUS M3A76-CM

Pros: Low price is always good, setup and config was super easy. Good specs, have a Phenom 9600 X4 in it, runs great. and fast.

Cons: As to be expected with new hardware, AMD/ATI is still working out the bugs in the 760G video driver. Vista 32 bit only had a couple hiccups, Linux Fedora 64 bit had major problems with ati drivers and I ended up using a universal driver to run the GUI.

Overall Review: IMPORTANT! If you want to run 1066mhz RAM, each stick can only be 1GB max - with heat sinks. The system is unstable with 2GB sticks and defaults to 800mhz. Not really an issue for Vista 32 bit since the system tops out around 3.5 Gigs, but 64 bit users that want more than 4GB of ram will be running at 800mhz.

Pros: Handled a Phenom II 810 no problem at all

Overall Review: I highly recommend this MOBO--just get ready to download the latest bios and drivers to make it stable.

Pros: I would have to say that the MB is well laid out, No real hassle (Worked out of the box, ports/devices registered easily) and there is adequate labeling to let you skip having to reference the manual for each connection. Decent number of USB connections both external and for pathing to case fronts/rear connectors.

Cons: I would prefer another chassis fan port (There is one chassis and one PSU fan port), the IDE connector is on it's side which makes it a moderate challenge to work with once the board is mounted. I would like to see them place the first PCI slot a little further from the PCIX since so many vid cards have large heat sinks now.

Overall Review: Color scheme is not too horrible for a windowed/acrylic case, but not too great either. Can we get an all black MB, without lego colored slots? Please!

Pros: Easy to work with LOTS of Sata ports for the price Excellent RAM support Ability to expand to AM3 chips when the prices come down a bit.

Cons: I really dont like the IDE connecter being on the side like it is. The metal from the 3.5" bays almost blocks it, but its workable.

Overall Review: Purchased with 7850 Kuma, booted right up. The options in the BIOS are just amazing. If you are a novice overclocker and dont want to worry about overdoing it, you actually have the option to let the motherboard change settings for you from 2% up to 10% of the base CPU value. BIOS is extremely easy to work in and understand. Cool N Quiet is a nice feature.

Pros: Overall a great motherboard. I bought mine installed in a prebuilt cyberpower PC combo back in 2008, and this board is still running strong. Extremely stable platform to build off of.

Cons: Only two con's i can think of and they're not really cons. One is that there aren't very many usb ports on this thing, and two is that when overclocking i had some stability issues, but that could either be the board, dimms, or the processor itself. I can't tell since i'm not at all experienced with overclocking and havent spent the hours needed to troubleshoot.

Overall Review: I would buy this board again and again if i needed a reliable board for a budget build. This board has been removed from my case twice, had two seperate graphics cards shoved into it, numerous HDDs and Optical drives plugged and unplugged, RAM sticks replaced, and a heavy heat sink hanging off it for the better part of a year. As far as tinkering i've put this board through it's paces and been more rough with it than one should ever be with a mobo, and it's still kicking like a mule. Great Board.

Pros: Quality look and feel, plenty of room for expansion. have bought two of these, and both of them were easy to install and I had no issues with drivers. the six Sata ports makes this an worthy budget server.

Cons: none for the price range

Overall Review: the express gate feature is neat...But useless in my opinion.

Pros: Very nice board. Fired right up, and its been rock solid. Lots of SATA ports, and I can't afford a new gfx card right now so the integrated graphics is a nice feature.

Cons: the only issue I have with the board is that the PCIe slot is right next to a PCI slot. If your graphics card has a wide heatsink on it, it will most likely cover one of the PCI slots. Since there are only 2 PCI slots, it may be a problem for some. Other than that, I can't complain.