Purchases from these Sellers are generally covered under our Newegg Marketplace Guarantee.
Sold and shipped by: 3C Digital SUPER MARKERPLACEContact Seller
Ships from China.
Price Alert
Add To List 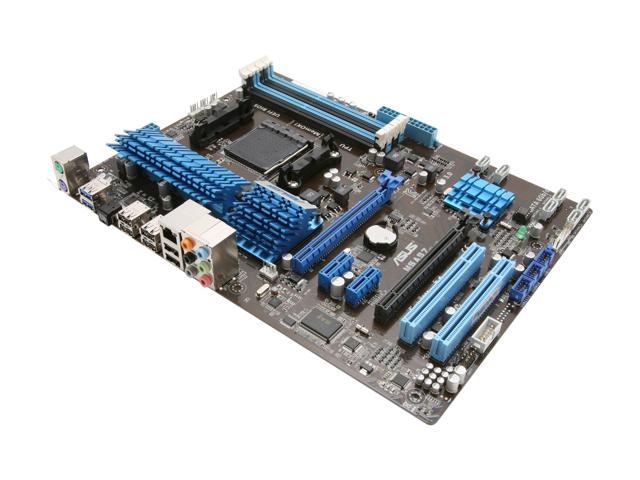 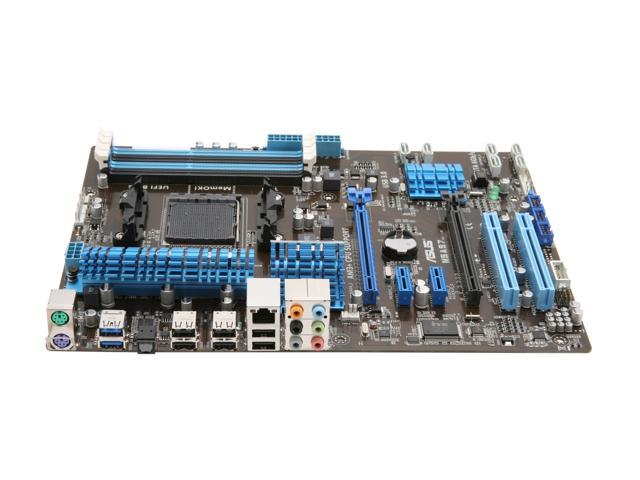 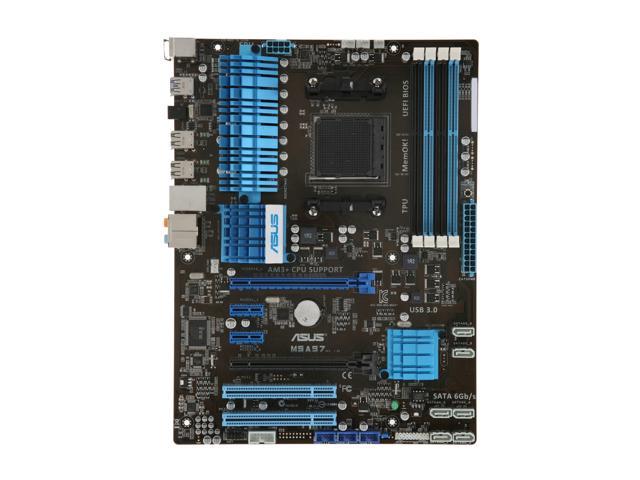 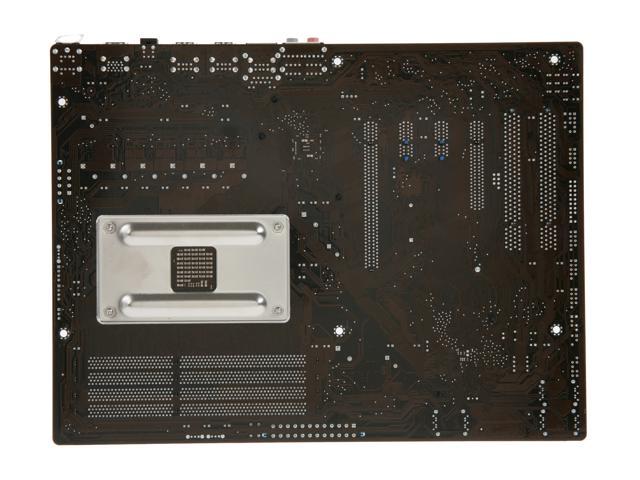 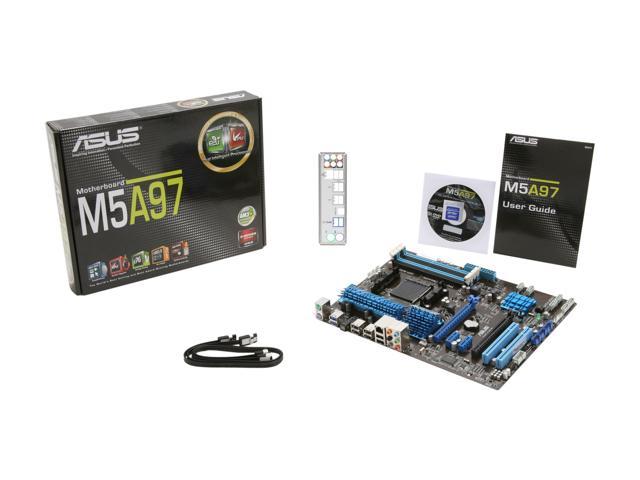 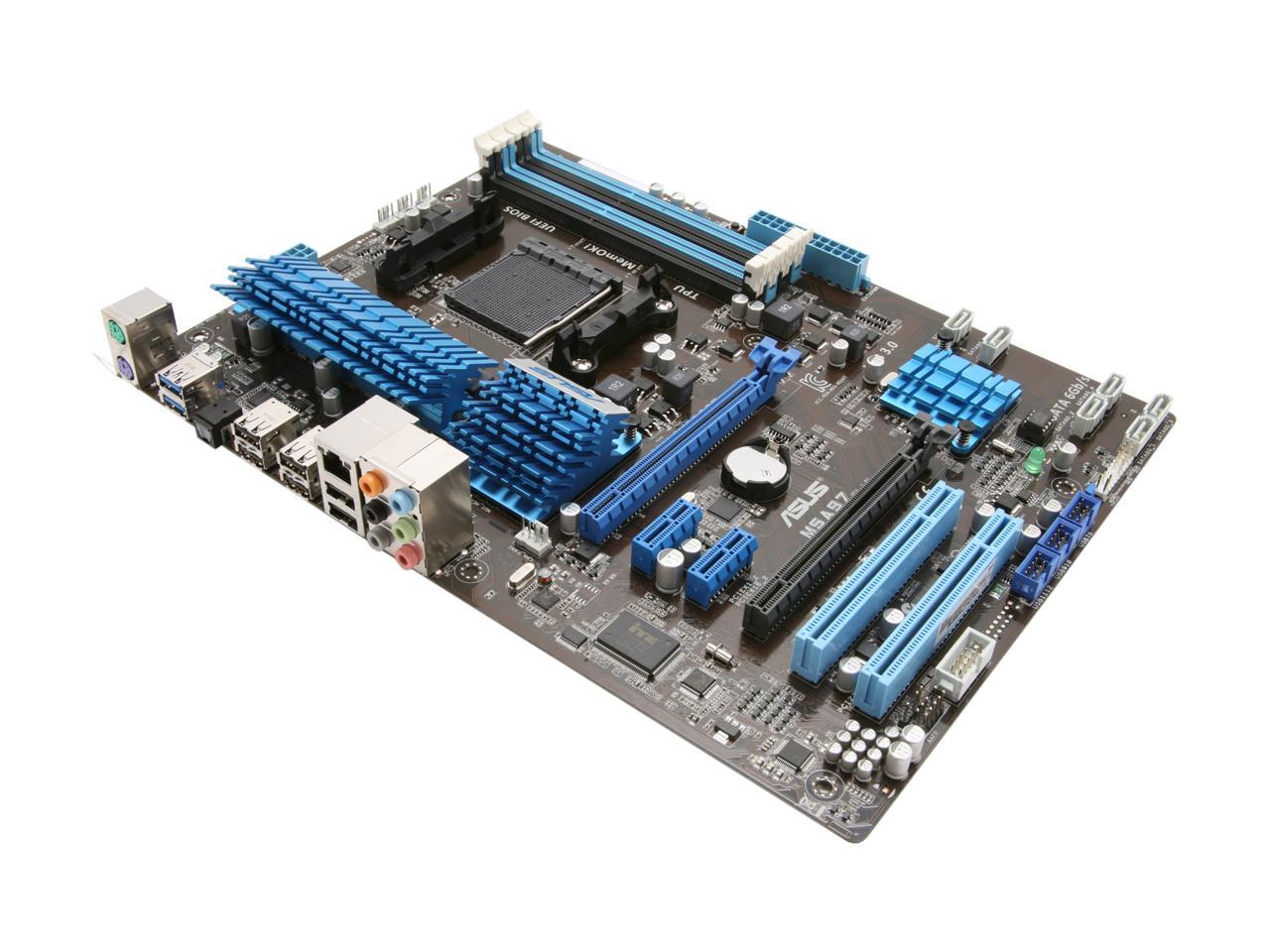 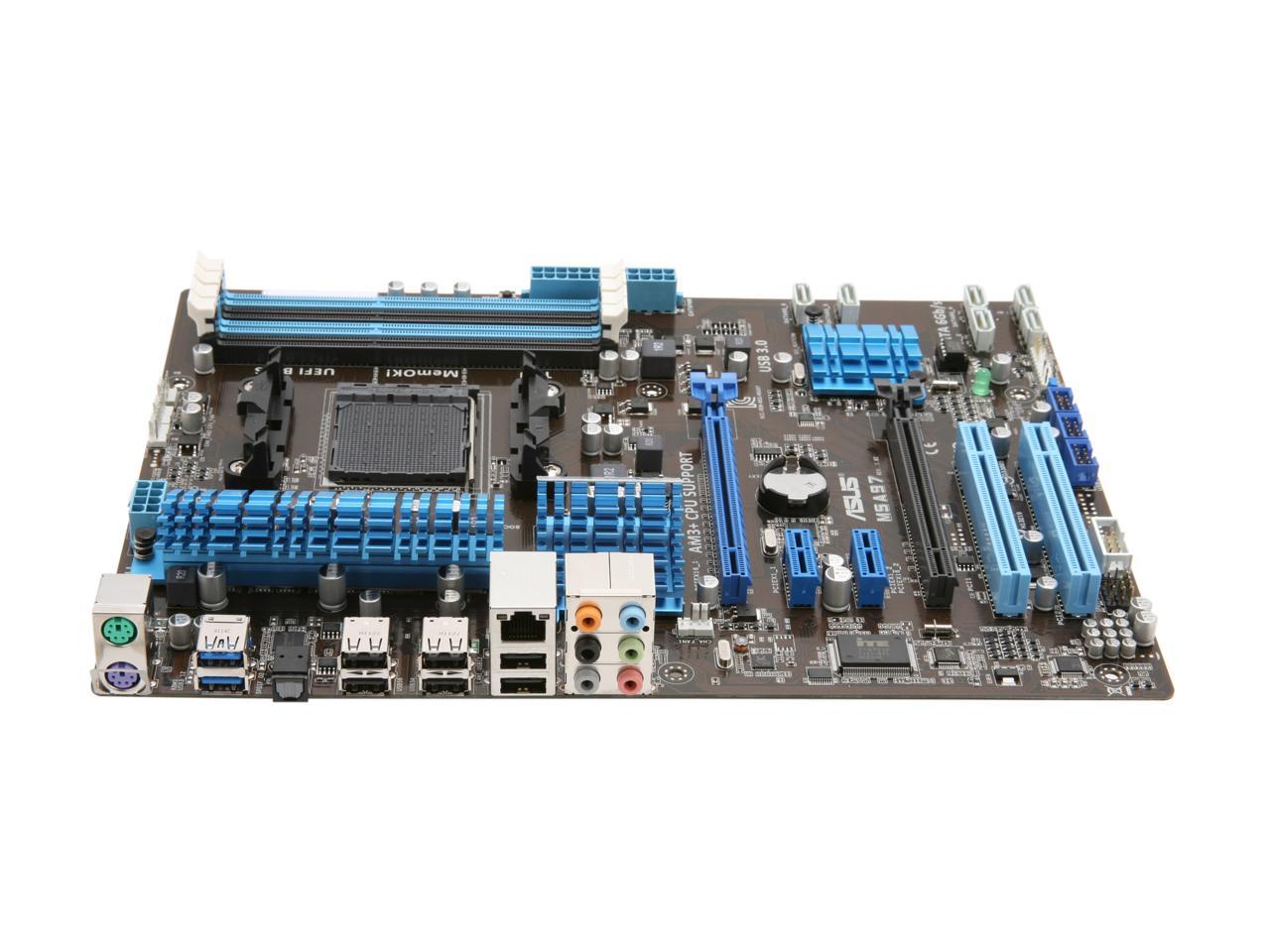 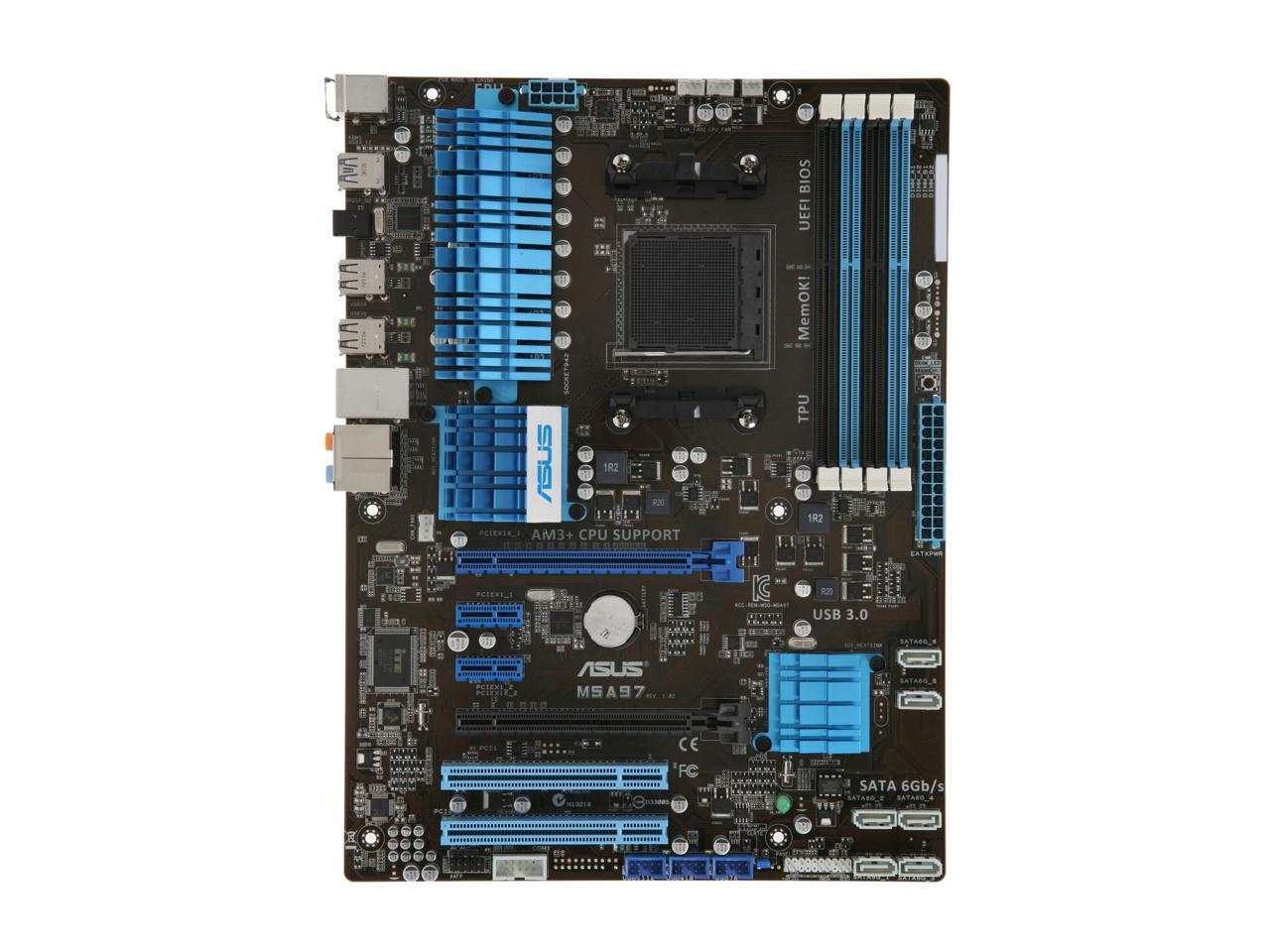 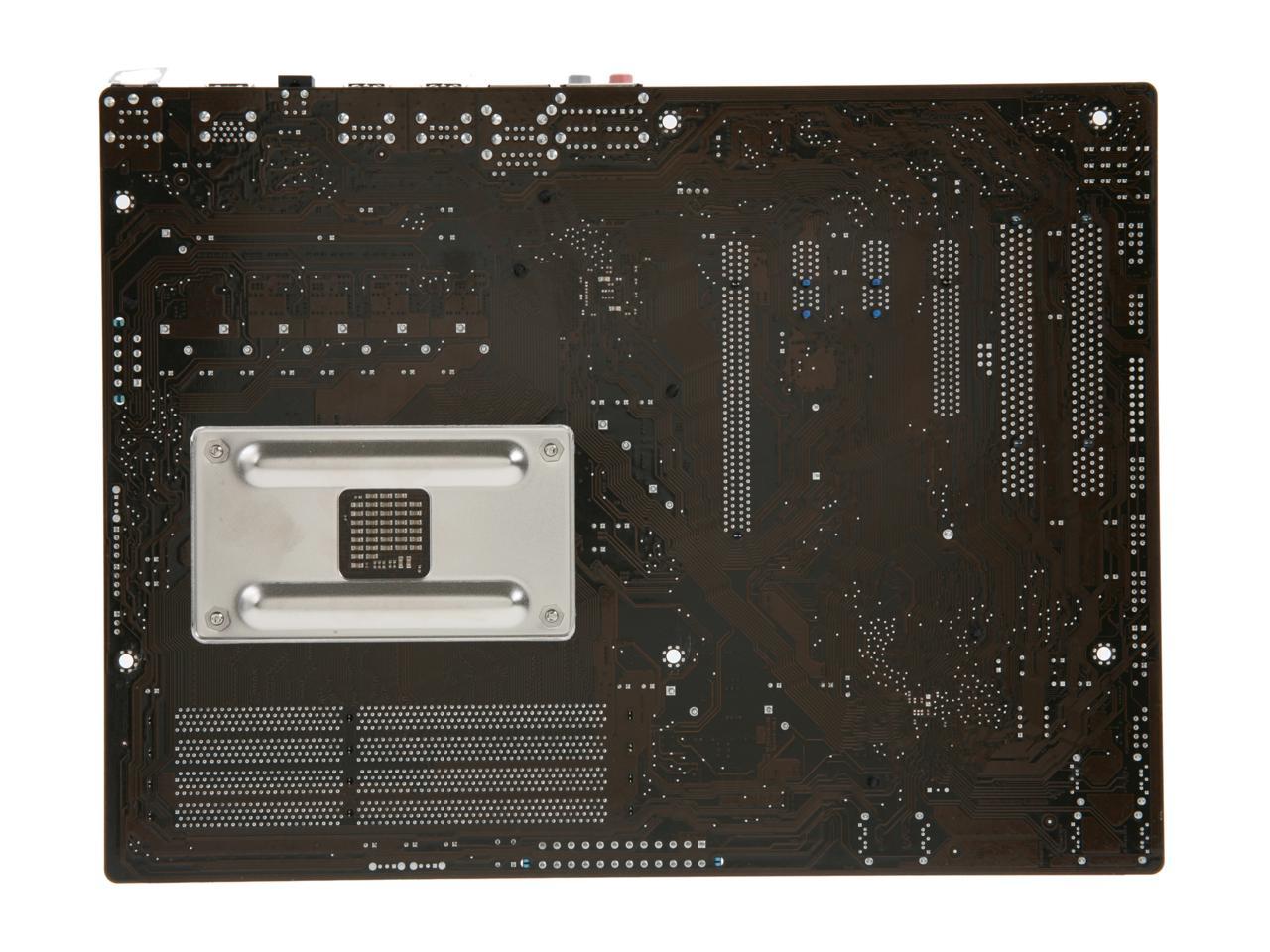 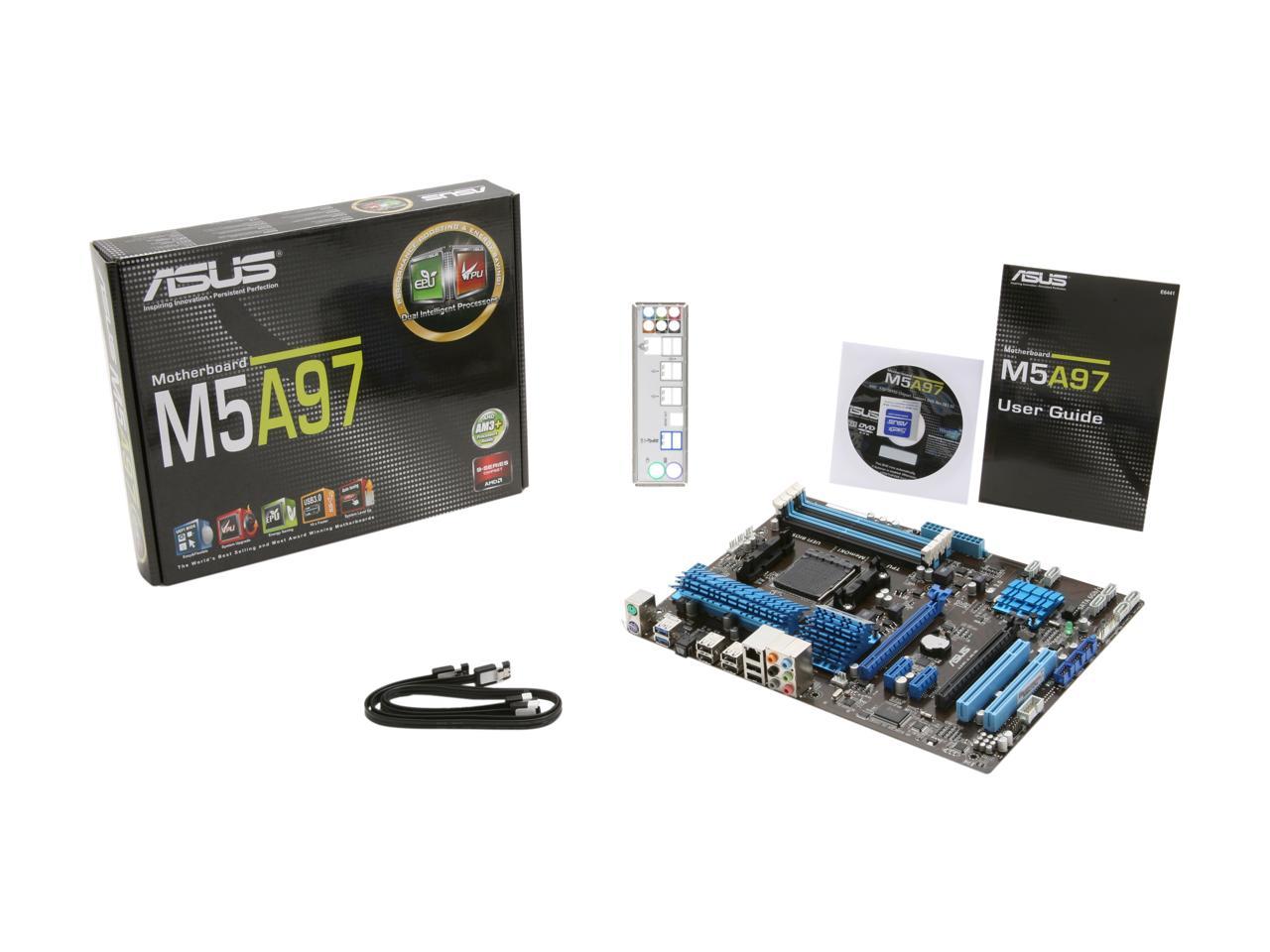 (489) Write a Review
See more "am3 motherboard"
In stock.
Ships from China.
Most customers receive within 7-20 days.
Overview
Specs
Reviews
The M5A97 is equipped with dual Intelligent Processors technology. This exclusive design consists of the EPU (Energy Processing Unit), which automatically monitors power consumption system-wide to ensure efficiency, and the TPU (TurboV Processing Unit) - guaranteeing superior performance for every task, bringing users an unbeatable experience. Also included is the intuitive and feature laden ASUS UEFI BIOS menu interface allowing users to control and adjust their motherboard settings through the use of a mouse-enabled interface for a superior user-friendly experience that BIOS does not offer.

Learn more about the ASUS M5A97

Pros: This mobo is nice!! had to rma it because the power supply that was part of the combo fried it but got new one in 5 days newegg rocks for their customer support

Cons: RMA but not asus or neweggs faultthe power suppy that came with it fried it

Pros: AM3+ Socket helped improve my performance with an AMD Athlon II processor UEFI Bios is very easy to use and offers a good list of advanced features to customize and Overclock. Comes with USB 3 support but only in the 2 blue slots Booted my G-Skill Sniper Ram cards with no Problem (add it to your list of compatible ram cards) Comes with plenty of SATA III slots. 6 for your Hard Drives and 2 for your CD/DVD/Blu-ray drives. -----Software----- -Comes with a suit of tools that work symbiotically with your EUFI Bios. -It inculdes overclocking (turbo V evo). -control center to help with power saving (EPU) -Fan Monitor/Adjuster (Fan Xpert) -Tool to adjust voltage/temperature level warnings (Probe II) -Tool to monitor Voltage/temperature/and fan speed history (Sensor Recorder) -Tool to boost power through USB 3 slots to improve charging in BC 1.1 function compliant devices (AI Charger +) -Tool to boost transfer rates in USB 3 storage devices (USB 3.0 Boost)

Cons: Since this Motherboard has an AMD 970 Chipset, it is only capable of running one grpahics card; this board cannot run crossfire or sli. Only contains 2 USB 3.0 slots. It has a poor screw hole layout and leaves the side of the board where the ram, sata and power connector are to be a bit flimsy, this will scare you a little since you have to hook your main connector there. If you run into this problem, discharge yourself by grabbing onto your case, then hold that side of your motherboard to keep it from bending while you hook up the power connector. It has no IDE slots for CD drives or Hard Drives, so if you have an old hard drive or cd drive, you might have to upgrade so be cautious of that before you buy.

Overall Review: This board has the SATA slots set to AHCI mode by default so if your hard drive was configured using Native IDE, either switch them to native IDE in your bios or download the AHCI fix from microsoft. (granted you're using a windows os and not any other)

Pros: Setup was a breeze. Almost everything worked fine on the first try, and the GUI-based BIOS made troubleshooting run pretty smoothly.

Cons: Getting a 2x4GB set of RAM to work was a bit touchy - apparently only certain sets of RAM modules are 'approved' for this chipset. ASUS has a full list of them here: http://www.asus.com/Motherboards/AMD_AM3Plus/M5A97/#MSL

Overall Review: One particular thing about the BIOS is that its default resolution is (probably) higher than normal VGA supports. I did setup with an old Dell CRT monitor, and the BIOS startup screen spilled off the bottom and right edges. Worked fine with both DVI and HDMI outputs. Graphics card was an MSI N460GTX Hawk, so it could've been that, too.

Pros: One of the cheapest mobos with all the new features - AM3+, SATA 6.0, USB 3, UEFI, etc. ASUS has great overclocking/fan control features. Retains 2 legacy PCI slots. PCI-express x16 slots are spaced out for better cooling on 2-slot cards.

Cons: Drops support for old features that some people still use - PATA/IDE, parallel & serial ports. Not as full-featured as the higher-end boards.

Pros: I'm going to start off by saying I love Asus. I have been buying asus boards since I was in Jr High School 10 years ago. So take that for what you will, just wanted to put that out there to let you guys know I'm biased. This is another great board. I love their new interface for the bios, and it overclocks great just like every other asus board I've ever bought. Documentation is great, and the board looks pretty sweet too.

Cons: This is an AM3+ board that supports all the new bulldozer processors. That's great, but the bios that the board came with, technically, according to Asus' documentation, doesn't support the bulldozer processors. I was getting temperature readings well below room temperature, and the cpu multiplier readings I was getting from Core Temp and Cpuz were all messed up. So I was trying to overclock, and I was wondering why it was bringing down my multiplier. I got frustrated and tried a lot of different monitoring software. I thought maybe cpuz didn't support bulldozer yet (which is far fetched because cpuid keeps their software very current), and finally I thought what the heck, why not try a bios update. So while I was looking through the documentation on all the different versions of the bios, I found out, that the stock version technically didn't even fully support the bulldozer architecture. So I updated the bios to the latest version, and clock speed and temp readings were correct.

Pros: It works at the 271 MHz CPU Bus frequency that I use to get my 1055t processor to 3.8 GHz @ 1.44v. Able to have NB and HT freq of 2439 @ 1.2v (could probably go faster but I didn't try. It seems to have everything the average or even above average computer user or overclocker could need.

Cons: I've had no problems with it thus far. I had to get a new DVD burner because it only has SATA inputs, but it was only $20 and I wanted to get rid of all the old, flat, wide and air blocking IDE cables anyway.

Overall Review: It's energy efficient compared to my old M3A76 motherboard. At idle my watt meter shows 15 less watts being used. The TurboV EVO software that comes with it is really nice for tweeking overclocks while windows is running. Like being able to slowly lower the CPU and NB voltage or slowly raising the CPU Bus speed while running a stress test until it crashes. That really helps you to get an idea of what is stable quickly. Being able to save different BIOS profiles is helpful if your BIOS settings need to be changed quickly or get reset. My computer. 1055t @ 3.8 GHz - 500w Antec Earthwatts power supply - HIS Radeon 4850 video card - G.Skill Sniper DDR3 1866 (2 x 4GB) Memory (underclocked to 1444 MHz) - Crucial M4 SSD (boot drive) - CM Hyper 212 plus CPU cooler. With all of that I get around 75 FPS in WoW in the busy part of SW with every setting at max, except multisampling and shadow quality set to minimum.

Pros: I bought this board as a replacement after two DOA Extreme3 970's, which would have been my ideal board for the price point had the model not been marred by what appears to be chronic DOA's (not just for me, but for others). I needed my fan connectors in a certain place due to using a Hyper 212+, and this provided what I needed. The stock pictures here make the board seem a little bland, but I've found it looks better in person. The color scheme goes with my system, This has all of the features you'd expect on an ATX board at this price range. It could probably stand to be a little cheaper, but I payed a bit more to make sure I got something that worked and had fan connectors (which are predominantly 4-pin, by the way) where I needed them.

Cons: Installation was a pain. Make sure you use a large phillips head on the screws for the stock heatsink mounting plastic. They were tougher to remove than they probably should have been. This board wasn't as suited for mounting in my case (Rosewill Challenger) as other boards. The lack of a third row of mount points makes certain vital connector points very flimsy (the ATX power connector for example. Be very careful with that, it's a pain to put in and take out). Also, the fact that it's just a little bit longer than other boards of this size was a bit of annoyance, as it made fitting some cables through one of my case's cable management holes a tight fit. Also make sure to properly route your fan cables if you have a top mounted fan going, as the connectors for other fans will be right there. It was a little annoying, but it ended up giving me the chance to have neater fan cable management than I would have otherwise.

Overall Review: Very important to note, even though Asus put a little slip in the box about it-- the SATA mode is set to AHCI by default. If you're not planning on doing a reinstall, and your OS was installed in IDE mode, you might encounter blue screens when you try to boot. To fix this, just switch the SATA mode to IDE in BIOS (which is actually pretty nice here). Overall, this does what I need it to do. It's pretty good so far, but what troubles I had with it prevent me from giving this a 5. I haven't been able to properly put it through its paces just yet also, so perhaps an update will be in order in the future. For now, it's a solid 4, near 5.