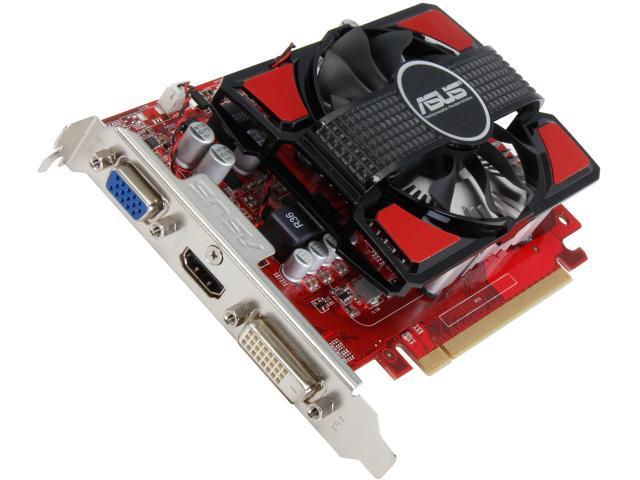 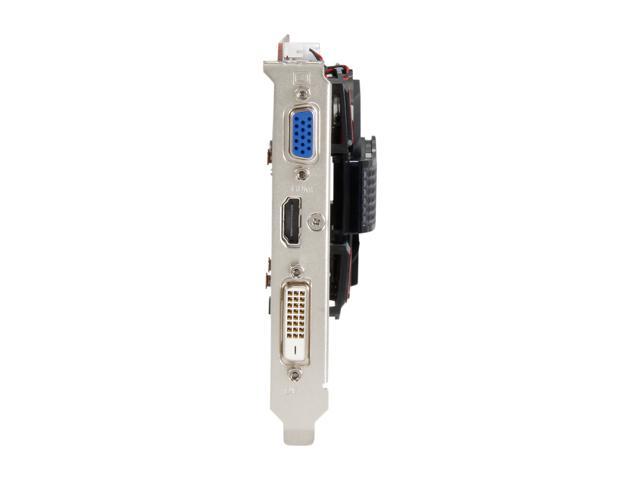 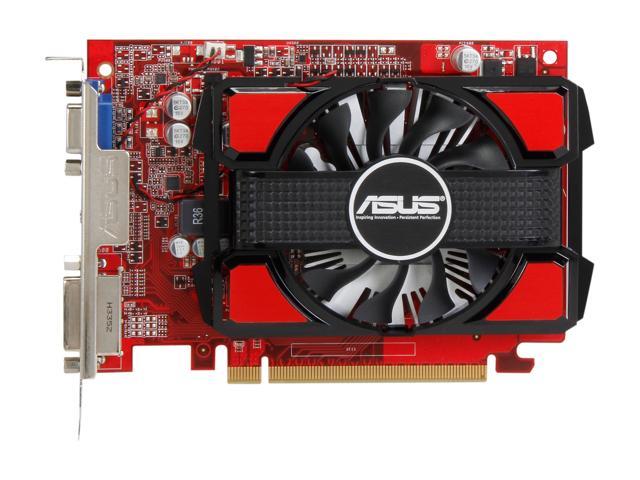 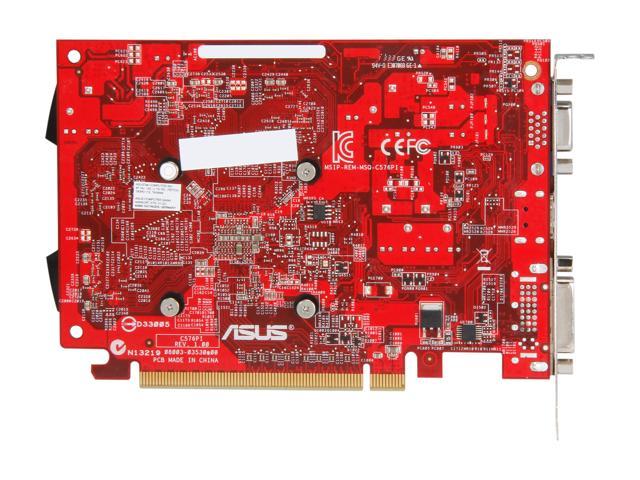 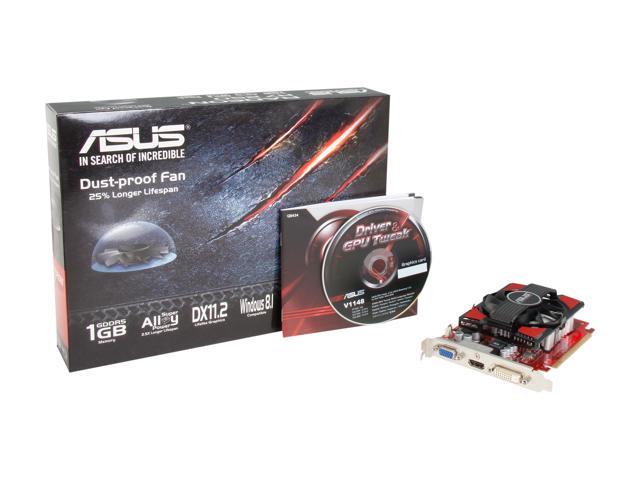 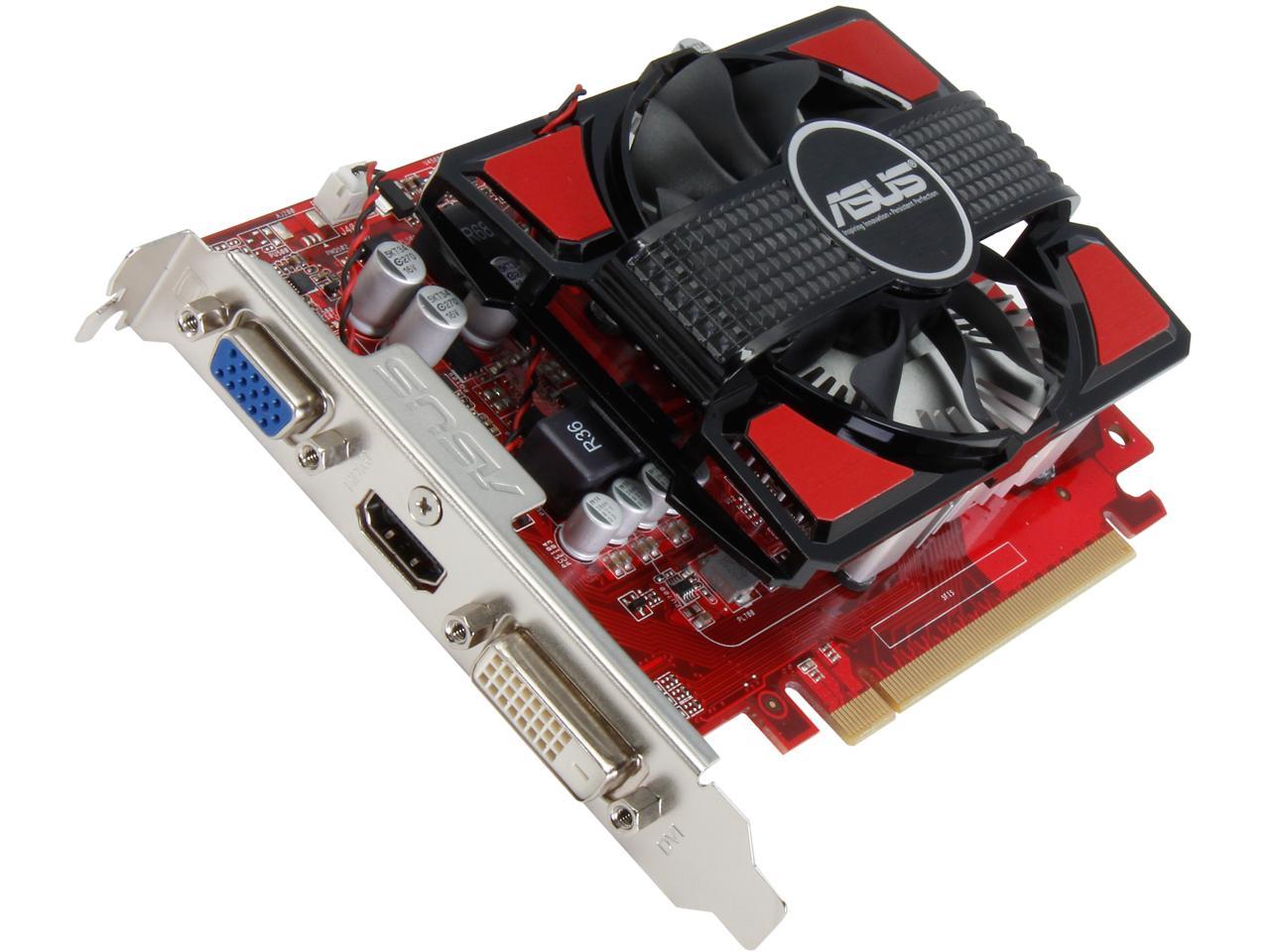 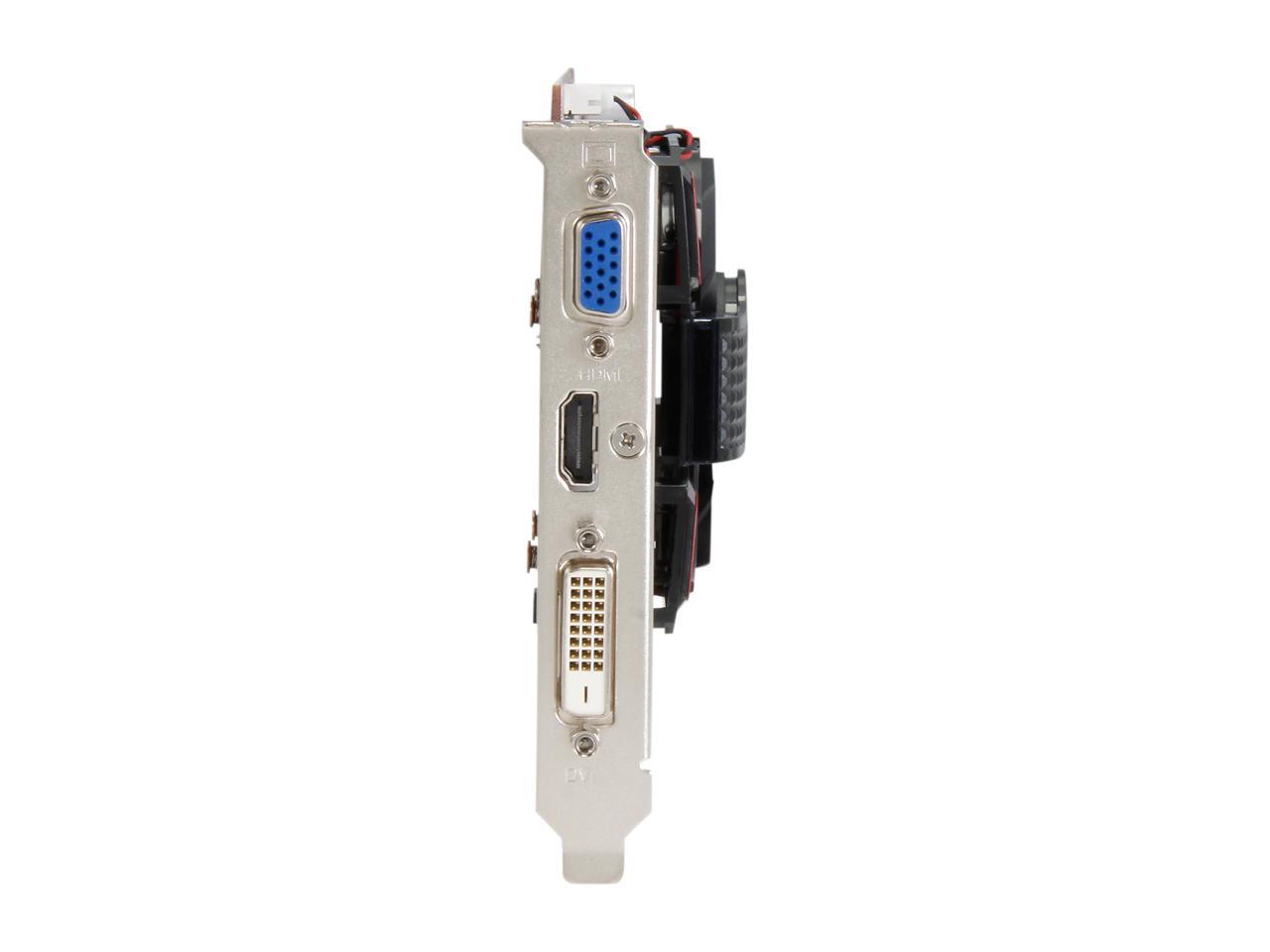 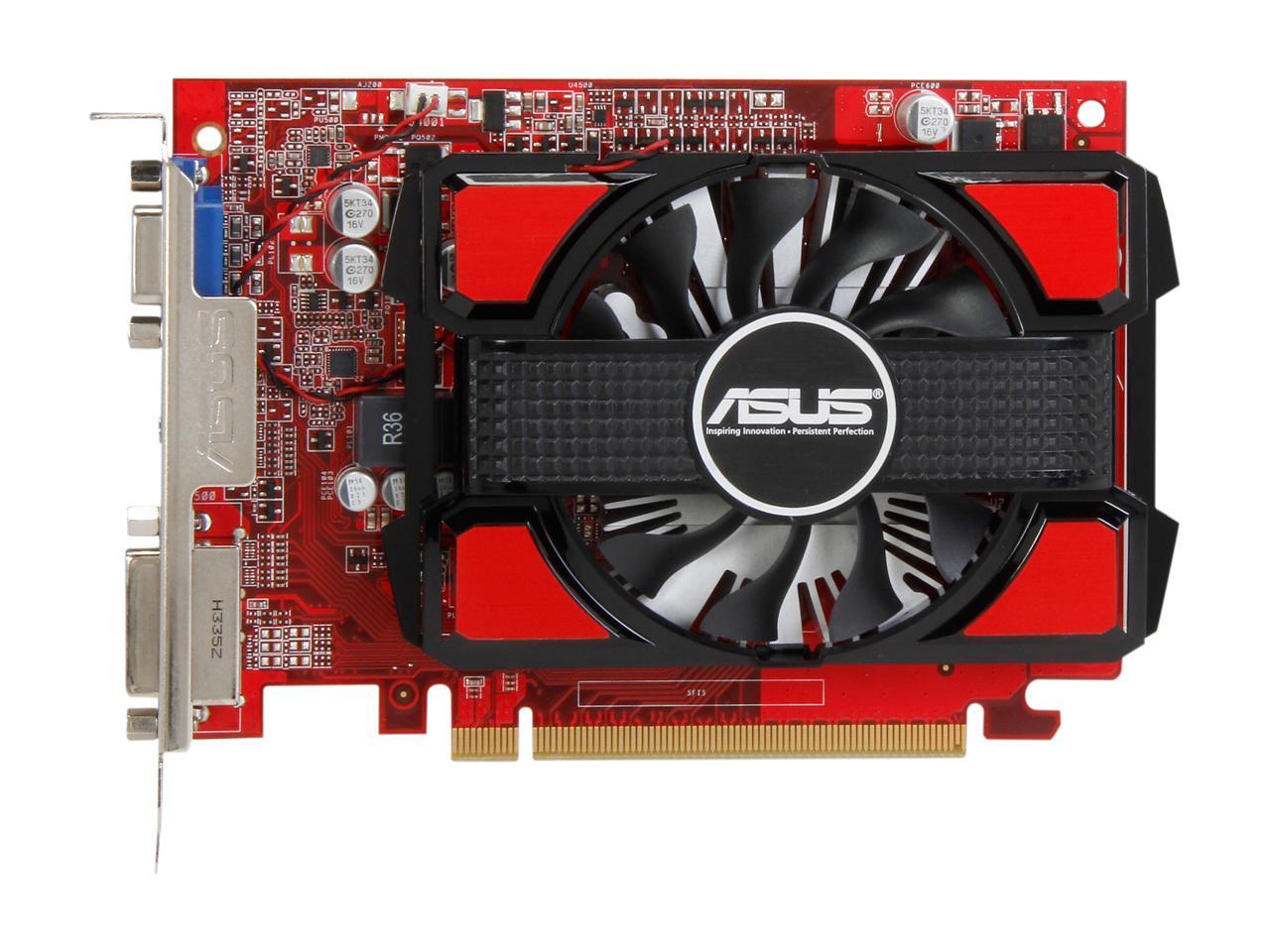 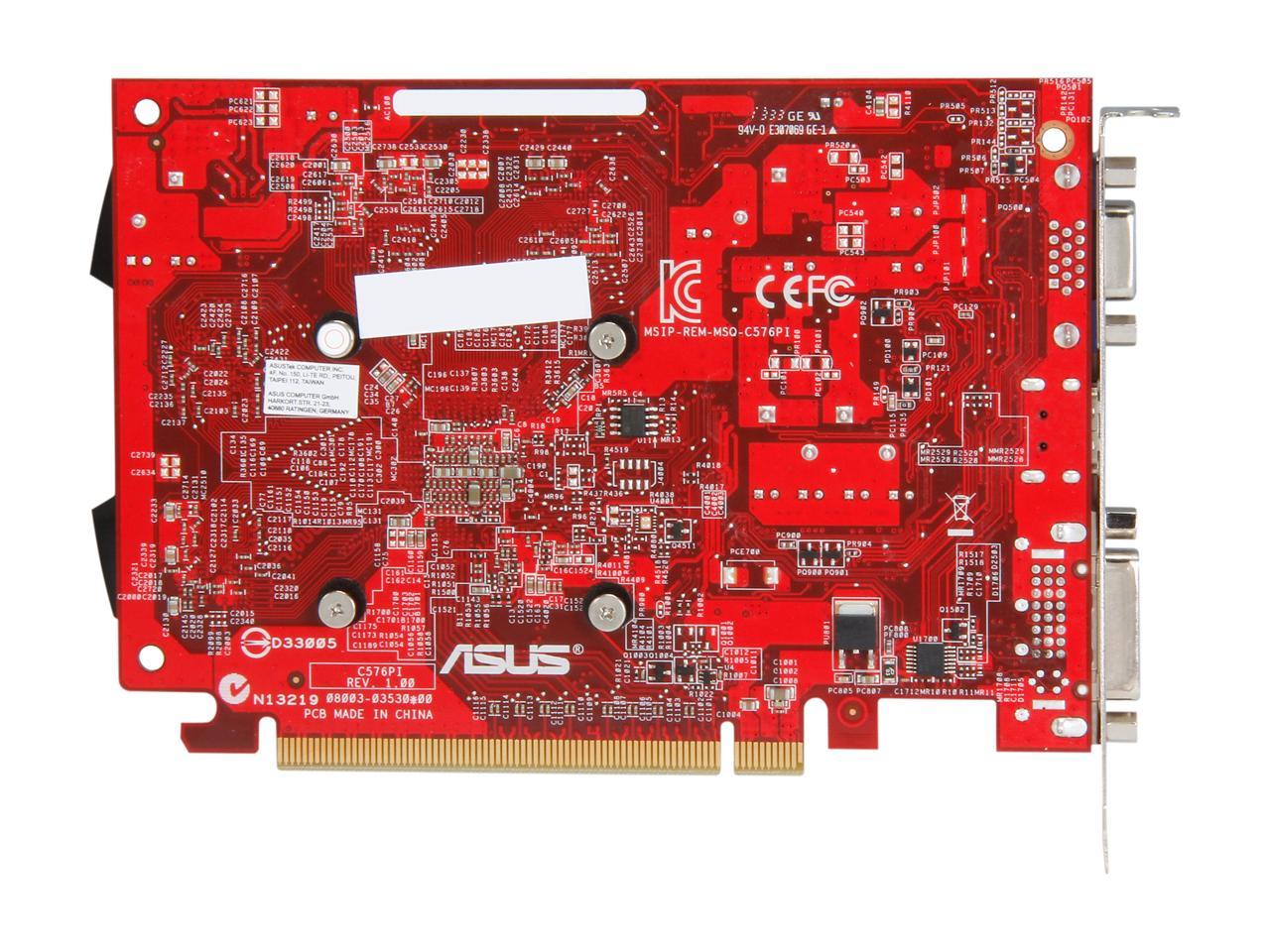 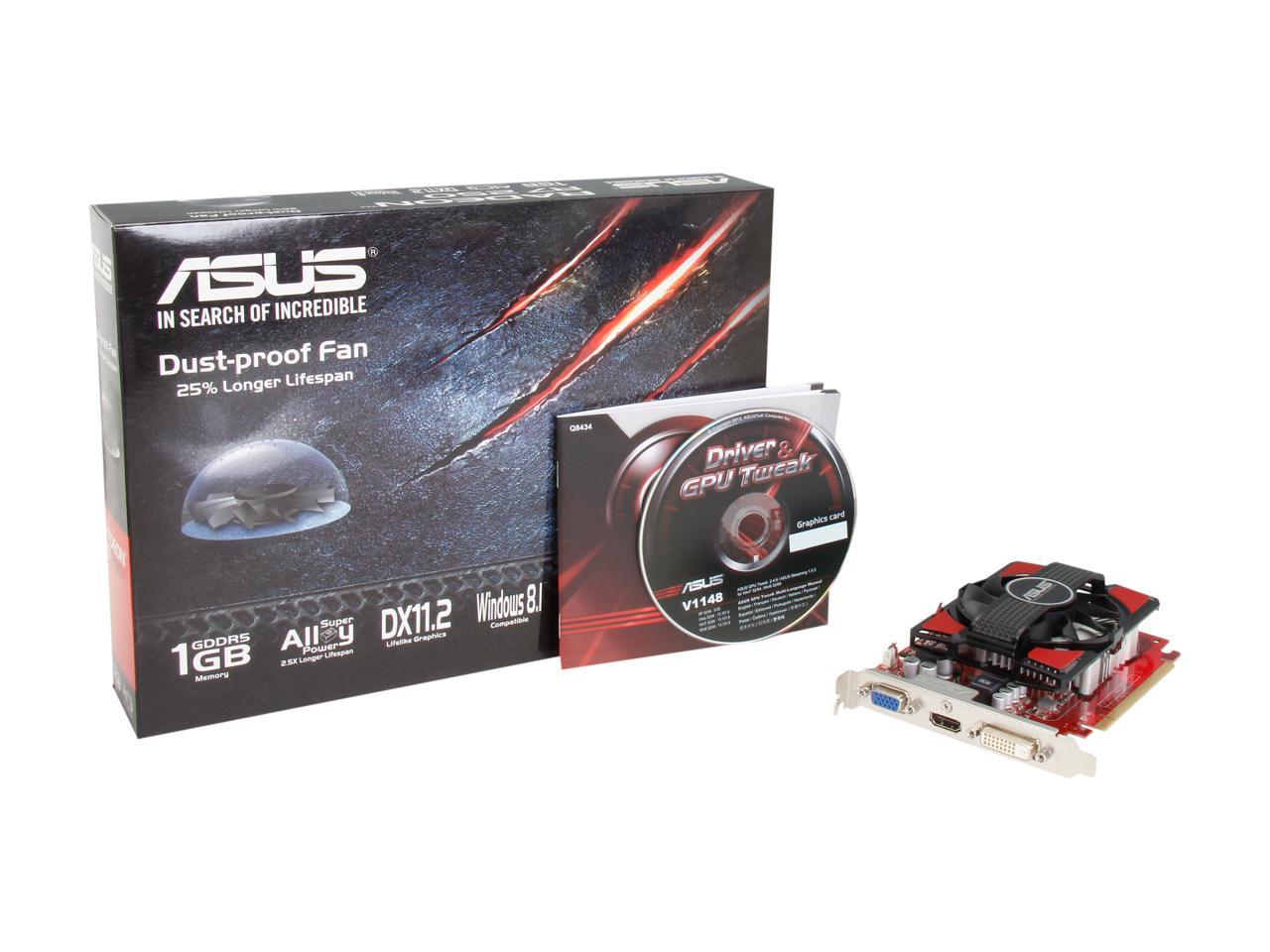 (11) Write a Review
OUT OF STOCK.
LOADING...
Overview
Specs
Reviews

The Asus R7250-1GD5 is powered by AMD Radeon R7 250 GPU, the latest AMD graphics technology that delivers evolved performance and power consumption at a budget-friendly price. The Radeon R7 250 is based on the highly acclaimed AMD 28nm GCN architecture, and comes with support for DirectX 11.2 for improved graphics quality in the hottest games. AMD App Acceleration boosts your everyday applications, such as surfing, video editing, format conversion, and even Windows 7/8 operation. And with VGA/DVI/HDMI connectors, you can build multi-monitor environments for enhanced viewing and productivity.

Cons: no video on reboot, sometimes also on start up

Pros: I haven't quite put it through its paces, but I was able to play Battlefield 3 on High Settings at 60 fps. Very impressed.

Pros: Smaller than other R7 250 graphics cards so takes up less room in case. Good monitoring software included. No need for 6 pin power connector - runs off power from motherboard. Good capability for watching HD material or streaming to TV. Don't play games so don't know about capability there.

Cons: Fan was too noisy for me and I returned it for that reason. It appears fan is smaller than for other R7 250 cards, so that may be the reason for the noise, but perhaps just a bad card. I bought another R7 250 card from another manufacturer that is larger and has a bigger fan and the noise is not a problem even though it runs at same speed according to Catalyst Control Center.

Overall Review: Always tradeoffs - if you want smaller you apparently have to endure more noise (unless it was just a bad card) from smaller fan. I was not willing to do so.

1 out of 1 people found this review helpful. Did you?
Manufacturer Response:
Dear Valued Customer, I do apologize that you experienced issues with a noisy fan on your graphics card. Due to the cards small size and smaller fan, it will need to spin at higher RPMs to provide sufficient cooling. If you would like to discuss this case further, please contact me through email and include your reference number within the subject line. In addition, please provide me with what troubleshooting steps you had tried, as well as the rest of the systems hardware configuration. Thank you. Cs#N141018580 Regards, Lou ASUS Customer Loyalty cc-lou@asus.com
Sean G.
Ownership: more than 1 year
Verified Owner
Great Card4/12/2016 8:28:02 AM

Pros: Very good budget card lasted me 2 years before deciding to get a more powerful card but all in all great power for the price

Cons: fan is a bit loud but that is pretty much it

Overall Review: if you are building with a lower budget i say this is a good choice

Did you find this review helpful?
Devon R.
Ownership: 1 week to 1 month
Verified Owner
Great deal on this R7 250 GDDR5 card that supports Dual - Graphics & Crossfire if you choose that path. Not sure what happened to my other review on this card so i did this one in its place.1/22/2016 2:22:17 PM

Pros: The GDDR5 memory is a bit faster in memory performance then some of the other R7 250 cards (non 250x versions) and the size is also about 1 inch shorter and it only takes up one PCI-Express 3.0 16x space so if you have a Mini ITX board for example with one PCI-Express 1x or a regular PCI slot you will be able to use that slow in the future.

Cons: The only con i have atm is the logo for dual-graphics in-games (top right of screen) is huge dam near the size of a credit card so a smaller dual-graphics logo would be much much better.

Overall Review: This card runs Dual-Graphics and CrossFire if you choose that path, I know for a fact that this card will do both for the Mobo Asus A88X-Pro with the AMD A10-7850k APU (processor with graphics combined on same chip) because that is what i have. As you know that dual-graphics isn't supported by every single game out there but many many are as dual-graphics is based off of Crossfire so in time i hope it is at least as popular as Crossfire. This card runs very cool and it has a decent fan that moves plenty of air as long as you have a PC case that has air passing through from front to back then you will run cool. Now for the gaming aspect i was concerned that i wont see much of a FPS increase if any but heck in Mad Max game in high settings i easily pull 60fps and once i enabled dual graphics i gained about 16fps more for a total of 76fps i honestly was not expecting that, in no way will dual-graphics out perform 2-way or 3-way crossfire with the same cards but it is a worthy choice if you are like me and unable to afford the higher end hardware then this will totally fit the bill. Also the Crimson 15.12 run butter smooth in dual-graphics.

Pros: Fits perfectly in my Dell Optiplex 755 and brings the computer's video capabilities up to the max

Cons: None that i've experienced

Pros: Its a great little budget gaming card that can play most games on medium and sometimes high.

Cons: Nothing I can think about

Pros: It is nice looking card and doesn't need additional power. It has some power behind it, and will be great once i get this DUAL GRAPHICS working

Cons: I haven't been able to make this bloody DUAL GRAPHICS to work for anything. I have done a fresh install and updated windows completely, then I installed all the drivers for my mobo (ASUS as well) A88XM-A. I changed the Setting in the MOBO for Dual monitors (IGFX Multi-Monitor) and have it all set to auto and tried force as well. STILL NOTHING. If i plug in mobo disables my PCI Card and then i plug in PCI and disables my GPU on the CPU. CPU (A10-7850k). I