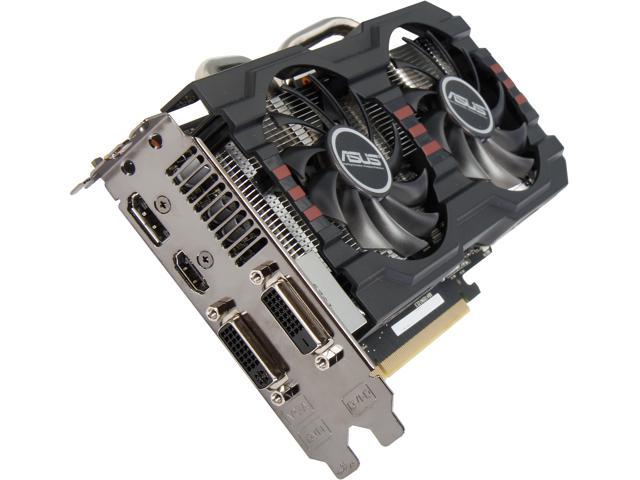 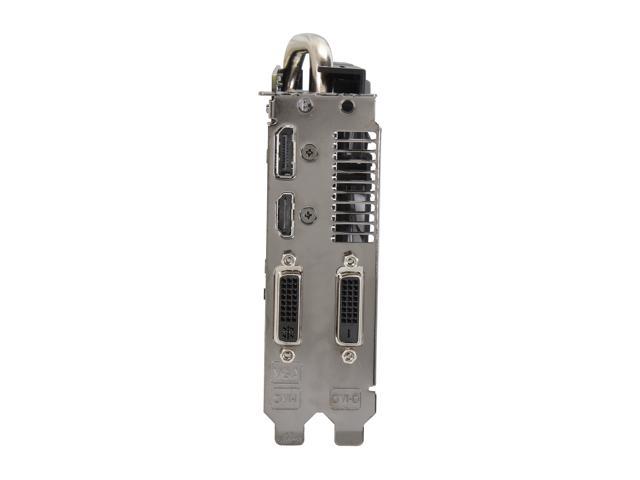 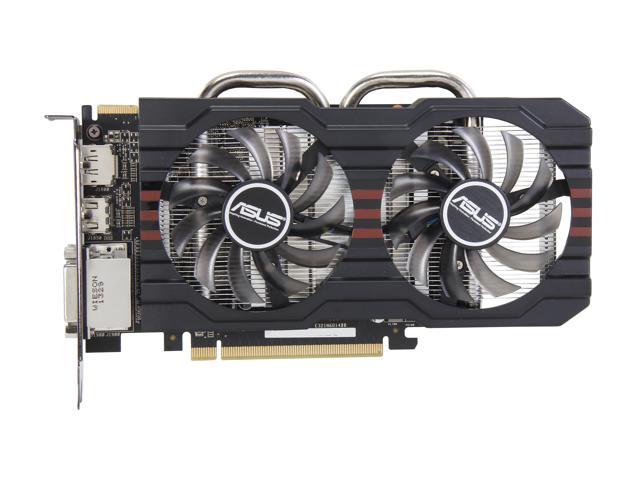 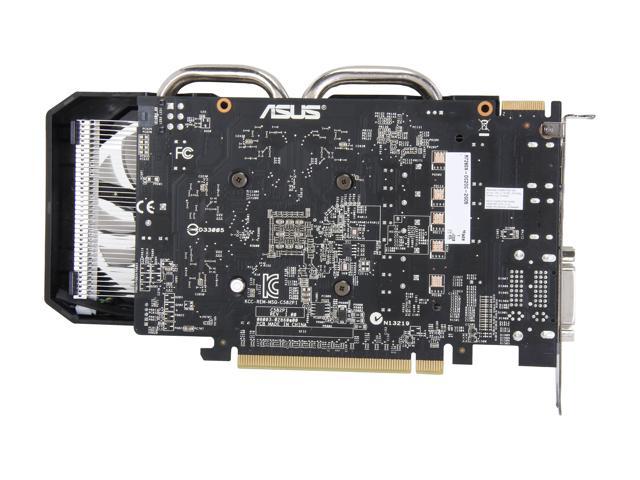 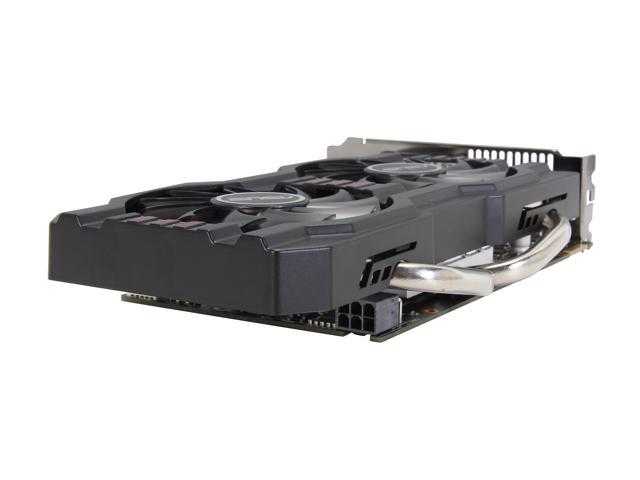 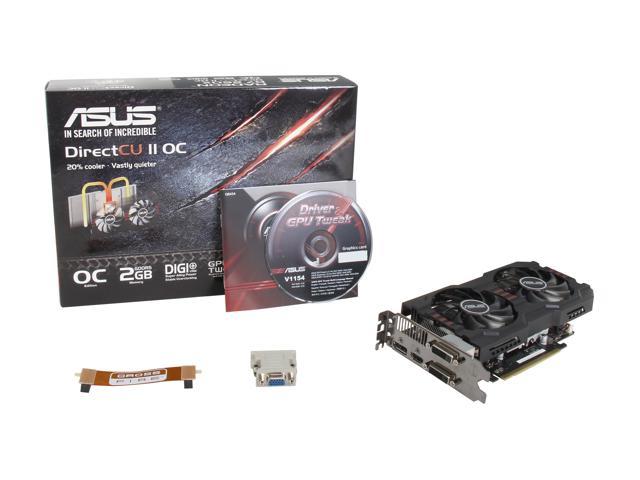 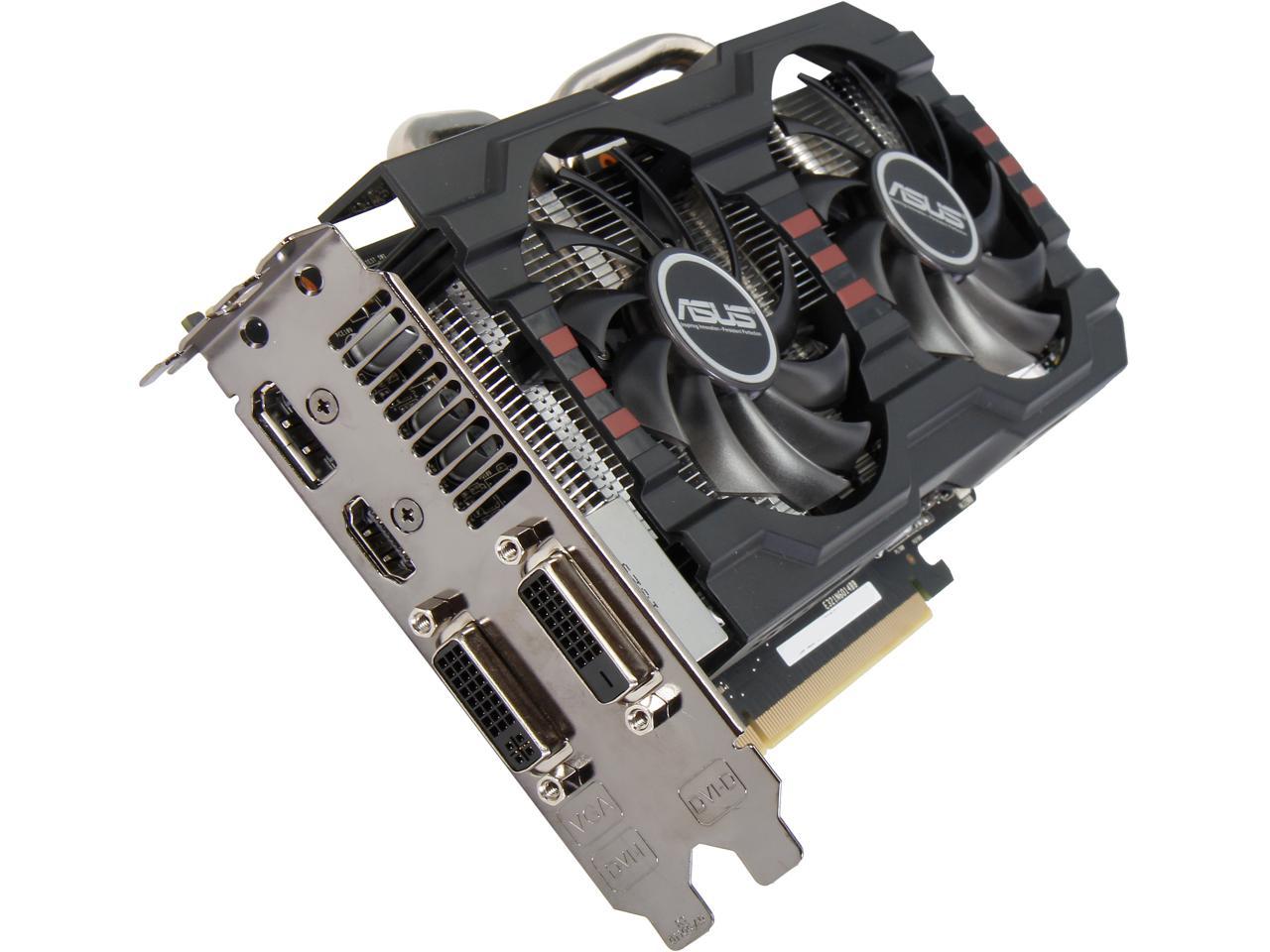 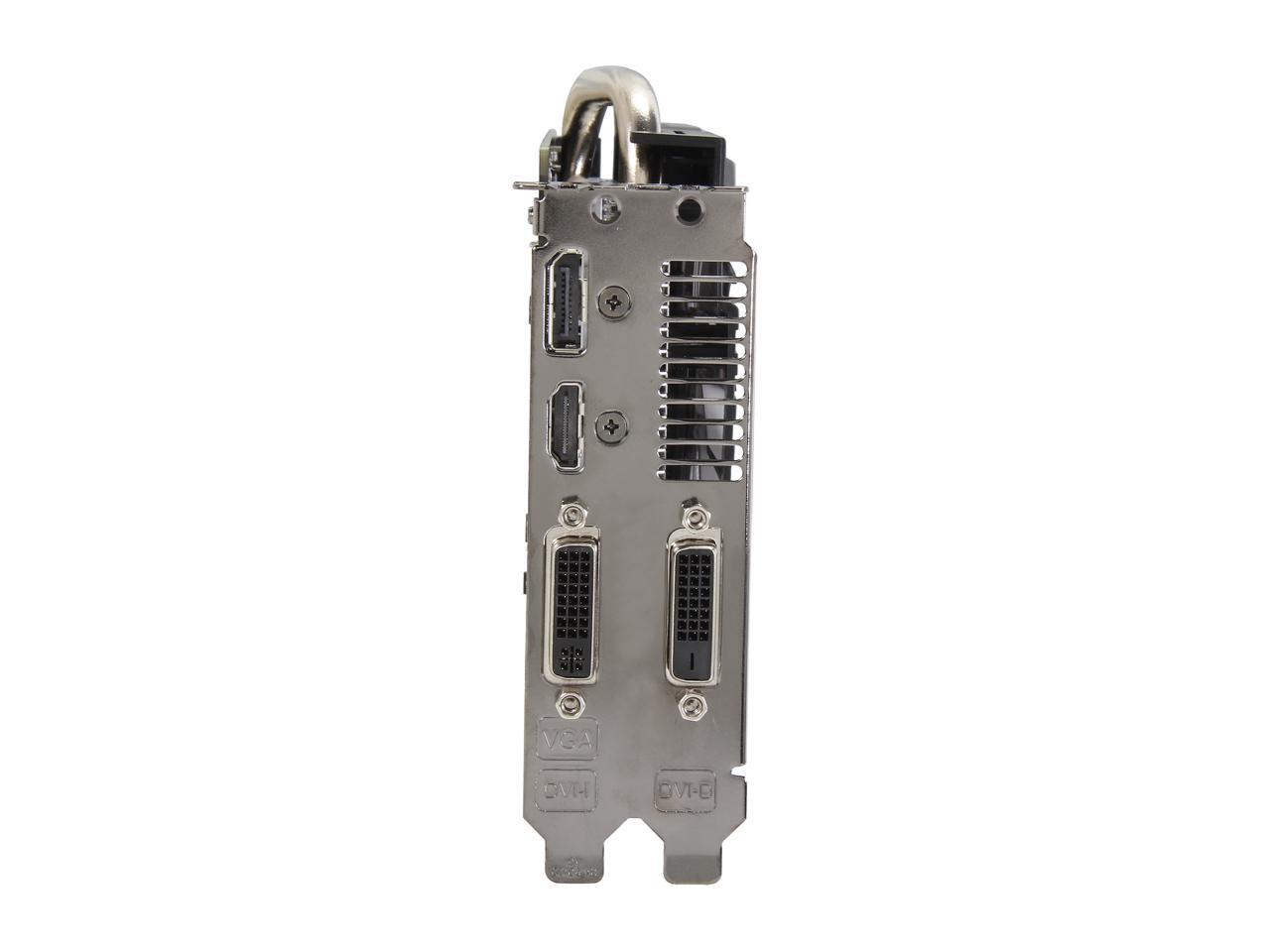 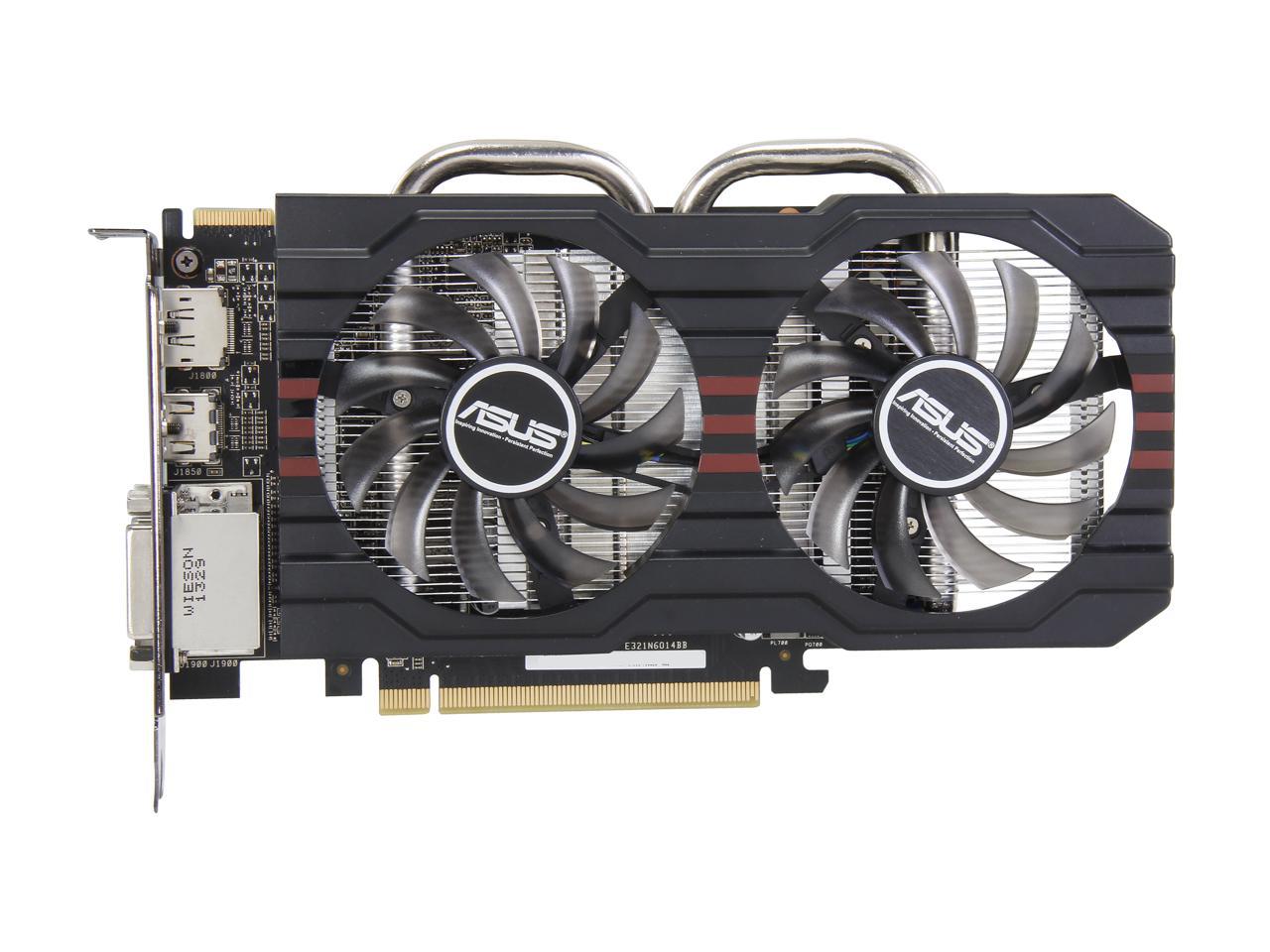 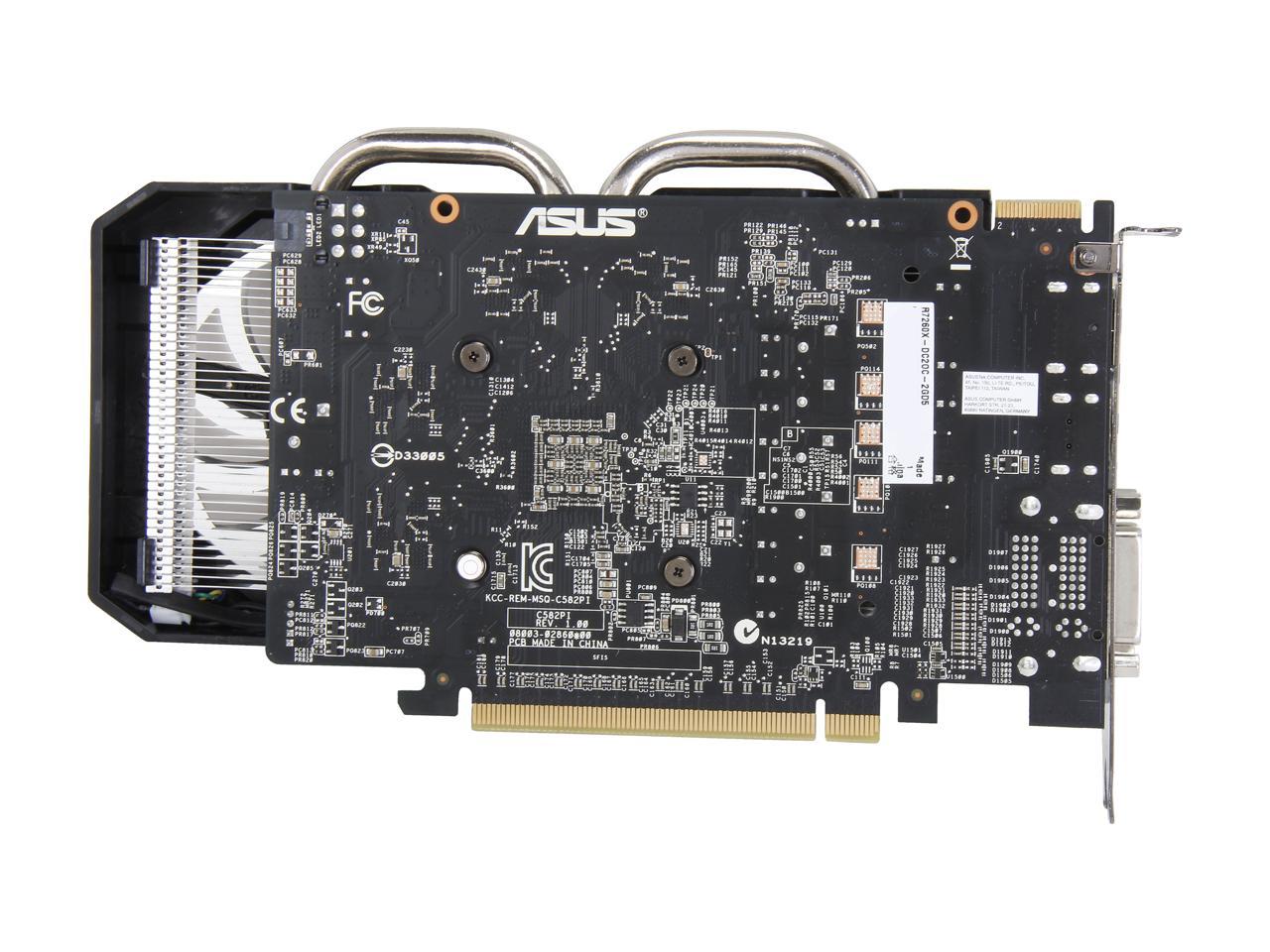 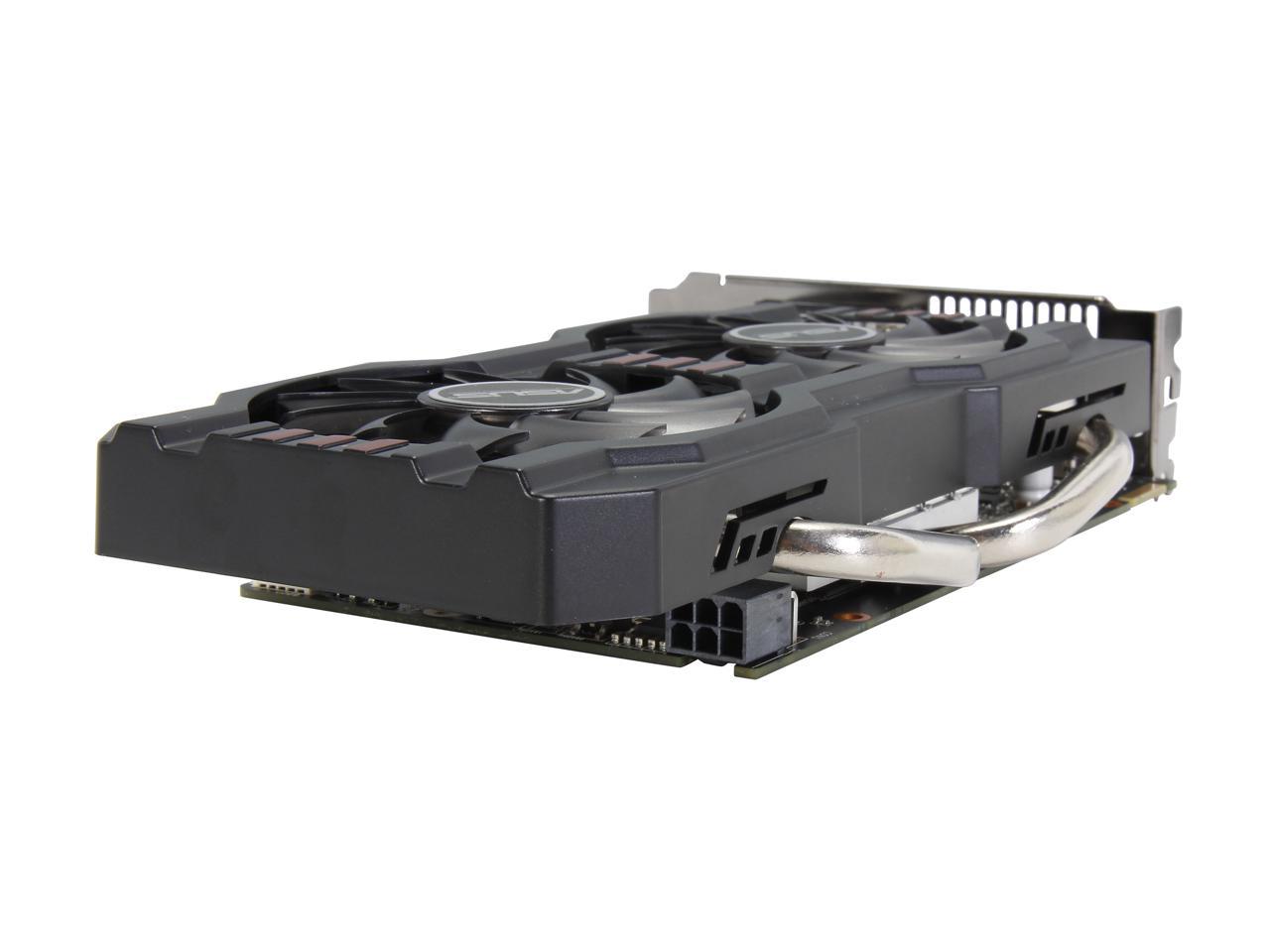 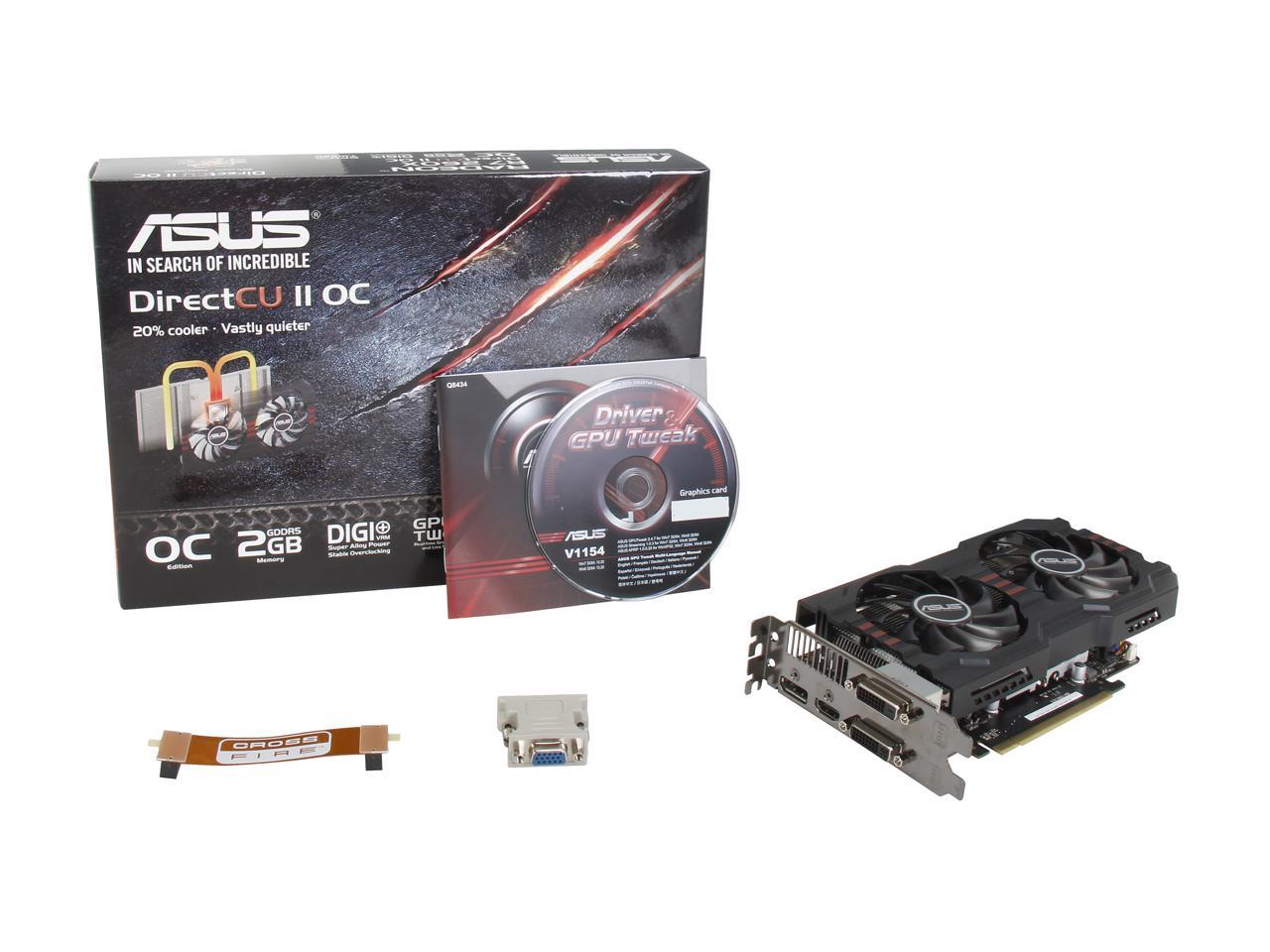 (63) Write a Review
OUT OF STOCK.
LOADING...
Overview
Specs
Reviews Speeds up daily applications such as web browsing and video playback. Also the first to provide support for both OpenCL, C++ AMP, and DirectCompute 11.

Allows your AMD Radeon graphic to consume virtually no power when in idle state. It even shuts down additional GPUs in AMD CrossFire Technology mode to consume less when not in use.

Brings new levels of visual realism to gaming on the PC and get top-notch performance.

Pros: Runs most of my games on Max settings with smooth frame rates and it is one very nice looking card. Great budget GPU.

Cons: DRIVERS DRIVERS DRIVERS!!!! AMD and/or ASUS need to get the bugs fixed on this card. alot of the times it will freeze my PC and ill get artifacts during gameplay that wont go away until you restart your PC.

Overall Review: BUT! I found a solution until AMD and ASUS get these bugs worked out, you have to under-clock the GPU and MEMORY. Its just too fast on default so I went into AMD Catalyst Control Center and in the Performance tab I enabled Graphics Overdrive and set the GPU to 1150MHz and the Memory to 1650MHz. These are the settings of the Sapphire version. Now i have 0 issues. I just hope they get this fixed soon. This card is great at default when it works and will be even better when overclocked.

Cons: Hmm obviously out of the box a lot of you are having serious issues with this card...there may be hope. I experienced artifacting on my desktop and in game. Watching videos and everything in between. Occasional freezes also...I tried every driver, googled every possible solution...

Overall Review: so i looked on the side of the box. Under recommended system requirements I noticed it says...Motherboard with free pci express slot and correct pcie chipset driver. Now theres what really got my attention...what pci express driver. hmm so i researched some more...and come to find out catalyst has a new and updated pci bus driver, guaranteed almost all of you with problems are running a microsoft version from 2006...the catalyst one is a new 2013 driver...mainly applies to amd board users but i think intel users can find an updated pci bus driver too. Do some research and look it up, its easy to do. Just wanted to share in this knowledge to somewhat save AMD/ASUS's face alittle...not bad card just not very smart on there behave in providing the right tools for it to work right...goodluck peoples.

Pros: Looks Great Especially in a Windowed Case, Stays Cool and Quiet, The Price is Fair, Packaging and Boxing is Very Good

Cons: DOES NOT perform at rated clock speeds, have to UNDERCLOCK or get graphical glitches / artifacts / crashes / BSOD

Overall Review: I'm disappointed, angered, and very frustrated with this card. It does NOT perform at the rated clock speeds, which is exactly why I bought this card and not the HIS brand. Right out of the box it will be crashing your computer and if you're lucky you might get a BSOD but mine crashed the system all the way out to reboot about 50 times. So I finally underclocked it more and more, just trying to get Windows stable.So I clocked it down enough to get Windows stable. Then for gaming, which is why I upgraded to this card from the HD 6670. More crashes, and now graphical glitches and artifacts all over the screen ruining gameplay, and probably very bad for the card. I eventually have to underclock it down SLOWER than the AMD reference card speed to play Bioshock / Crysis 3 / Skyrim without glitches and artifacts! Unbelievable. I could have saved myself $20 and got the ugly stock reference card for this result. Now you're probably thinking that the fool didn't update his drivers, wrong. I started, as most do, with the driver on the CD just to get it running. As mentioned, I was having tons of issues right away so I smartly had downloaded the latest driver pack for the R7 200 series from AMD. No change in issues, crashes, artifacts, BSODs, clock speed nightmares. So following ASUS's own advice, I completely deinstalled any and all radeon drivers from my system. I reinstalled the latest driver pack, same issues and horrible experience. So I downloaded the latest Beta driver pack for the R7 from the AMD site because I have hope and faith in ASUS product. Beta drivers are better, but card is still forcibly UNDERCLOCKED by 10% to be stable. Display drivers still crashing / BSODs. Games locking up and crashing, but hey at least I almost got rid of all the artifacts. So I have a $140 card that I had to clock down to the speed of a $100 card and it still isn't stable. My $100 ASUS M5A97 Evo is working wonderfully though, and I'm trying to build a mostly-asus system, but I am disappointed. I should have gone with the HIS card at 88 less Mhz and that would be way better than the 1056 I have to run this at now just to type this. I hope ASUS reads this, I love your brand, believe in it, but this card wasn't ready for market yet. I've put 20+ hours into trying to fix something that should work right out of the box.

5 out of 5 people found this review helpful. Did you?
Manufacturer Response:
Greetings, Thank you for taking the time to rate our display card. I am sorry that you are having issues with your display card. At your earliest convenience, please contact me through email, and we can discuss this case further. Within the email, please include the serial number of the display card, any troubleshooting steps tried, and your reference number (3228477). Thank you. Regards, Mark ASUS Customer Loyalty cl-mark@asus.com
Anonymous
Ownership: 1 month to 1 year
Verified Owner
Nice little card!2/13/2014 8:19:48 PM

Cons: Had to underclock just a bit to get it stable 1188 down to 1150 Still stable and I didn't see much performance drops

Pros: Good all around graphics for the money. Handles bf4 on ultra, fxaa turned of, at about 60fps. and is also vary silent

Cons: artifacts with the overclock that it comes with.

Overall Review: google the default specs for the card then under clock the card. it will on bring down to by 88mhz on the gpu clock speed.

Pros: I bought 2 of these because of the $80.00 (each) in free games included from AMD. If you buy two... the free games virtually cover the cost of your second card with a little extra also. These cards have many features that the more expensive cards have... plus TrueAudio!!!!

Cons: Only con so far is that all the new features aren't useable, until all the new games in 2014 support the new technology.

Pros: Powerful card! played Crysis 1, 2 and 3 all on max specs and it was very fluid! :D very happy! the card itself looks like it's ready to tear your monitor apart, very quiet! makes me happy

Cons: Not sure if it's the cards' fault or if it's the PC. but i'm siding with it's the drivers... they suck. why: BETA

Overall Review: It's a great card. i installed it, threw the drivers on, wiped the old EVGA drivers from my old card, worked fine for about a week, then my computer started freaking out and the screen would go black randomly, regardless if i was in a game, or even on my desktop. If i was on TeamSpeak when it happened, everything would stop working BUT TeamSpeak. the monitor would black out, the keyboard would stop responding, etc. but team speak stayed, there were no event logs telling me what failed so im assuming it's the drivers... I want to put 5 stars i really do, i love asus products but amd made the FATAL mistake of releasing this series cards with beta drivers. But i digress, the card is a good card when it works, but the crashing is absolutely irritating and makes me want to return the card (I won't) I'm going to stick it out hopefully amd will release STABLE drivers for this card and soon! i've had to roll back the newest beta drivers and go back to the disc installed ones because the new betas make my card crash more often :(

2 out of 2 people found this review helpful. Did you?
Manufacturer Response:
Greetings, I am sorry that the display card did not meet your expectations. If I may, I would like to research this further. To start, may I have your system component list used in the computer build please? Also, what temperature were you getting with the card? When you have the time, please send the requested information to my email at cl-mark@asus.com. I look forward to your reply. Reference number: 3342512. Regards, Mark ASUS Customer Loyalty cl-mark@asus.com
Collin P.
Ownership: 1 week to 1 month
Verified Owner
Great for the price10/27/2014 8:54:45 AM

Pros: -Idles at 40-45 celsius, Games at 60-65 celcius -Games have been running with high to ultra settings at 1080p with smooth frame rate -Quiet -Able to overclock

Cons: -I've been noticing artifacts showing up every now and then when playing a game. Mixture of screen flickers and texture stretching. Annoying, but they go away after while.

Overall Review: I contacted Newegg to remove my first review since I made a mistake with the temperature that the card idles at. They still haven't removed it though, so I'm making another one.