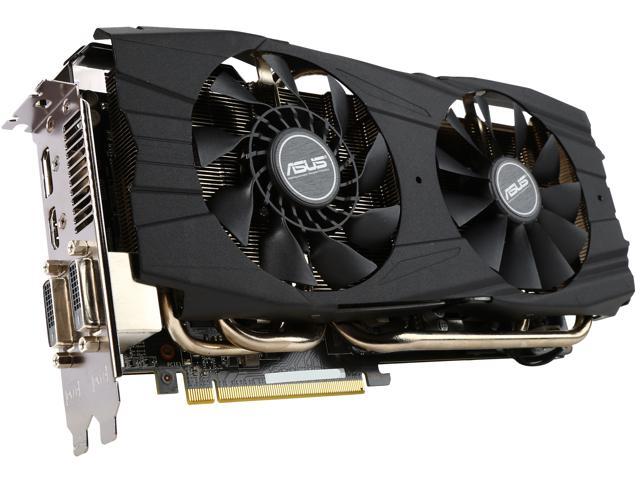 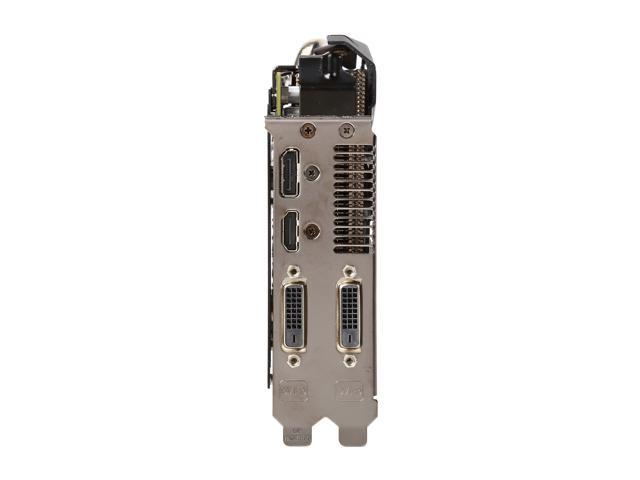 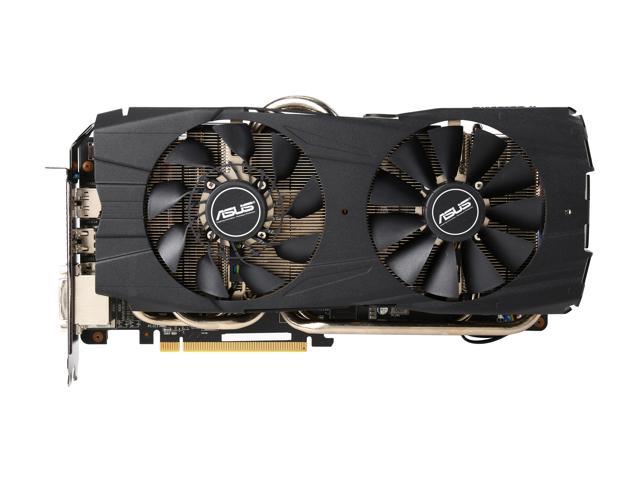 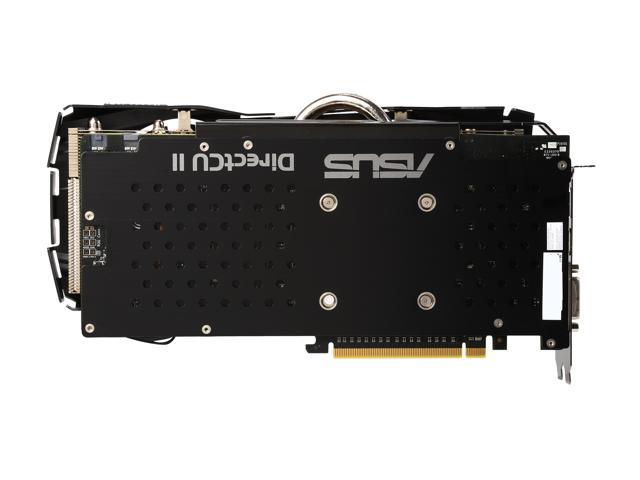 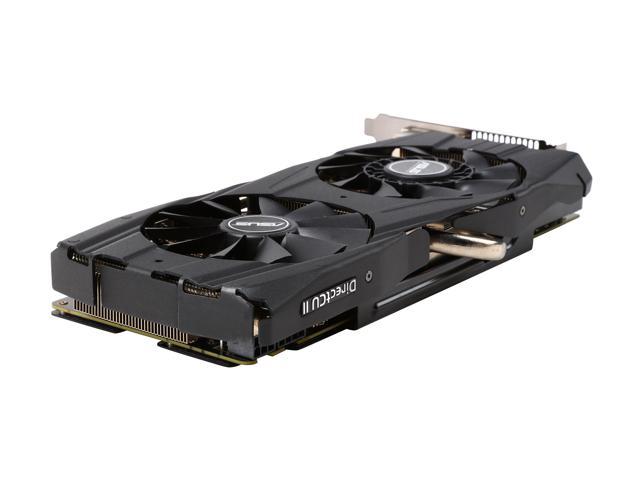 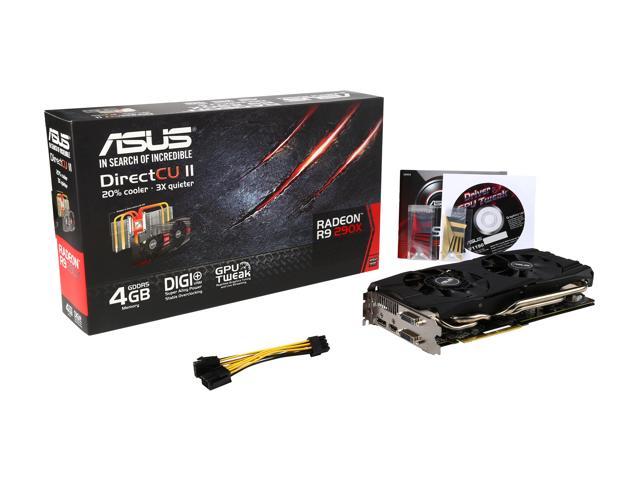 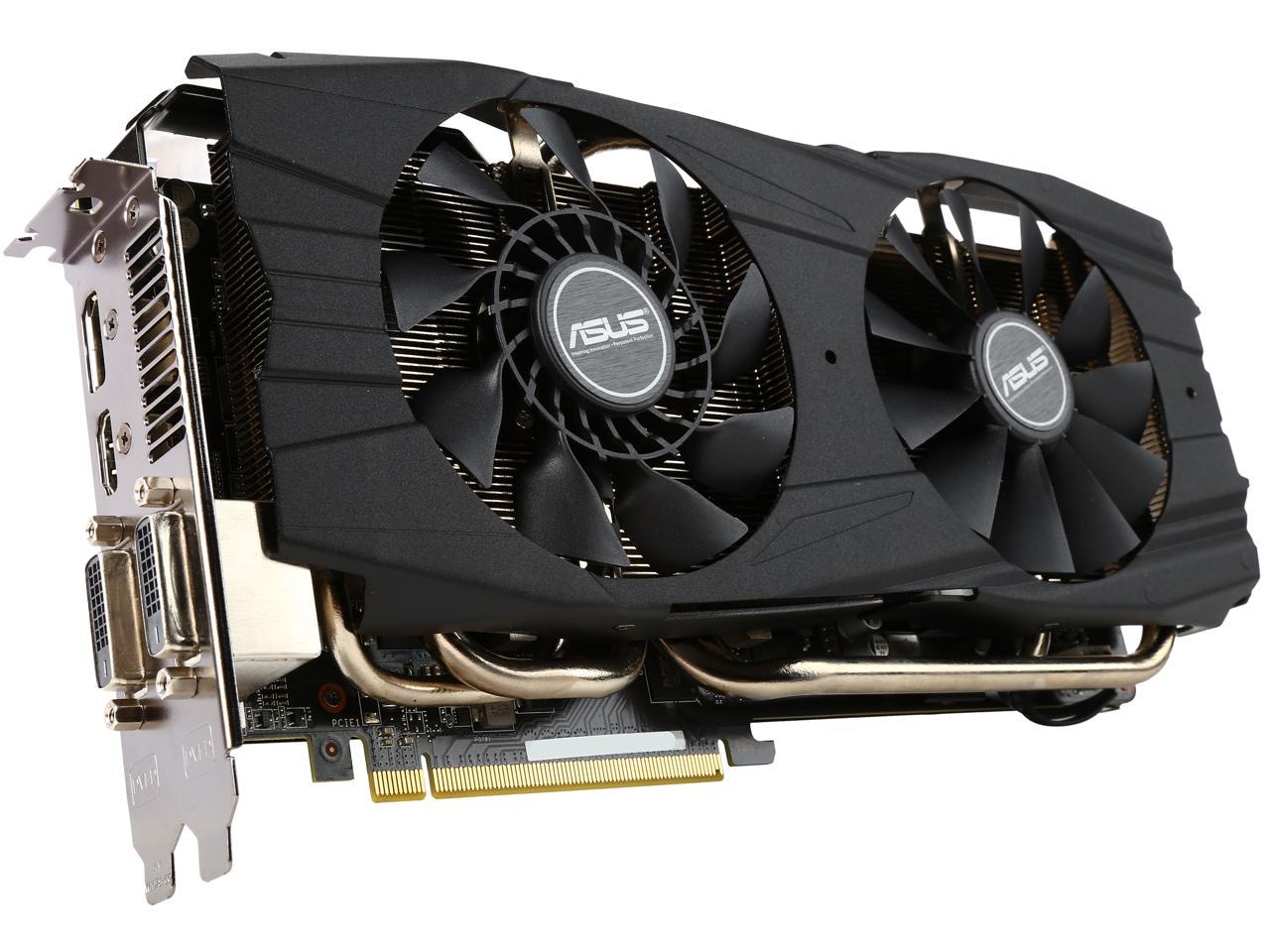 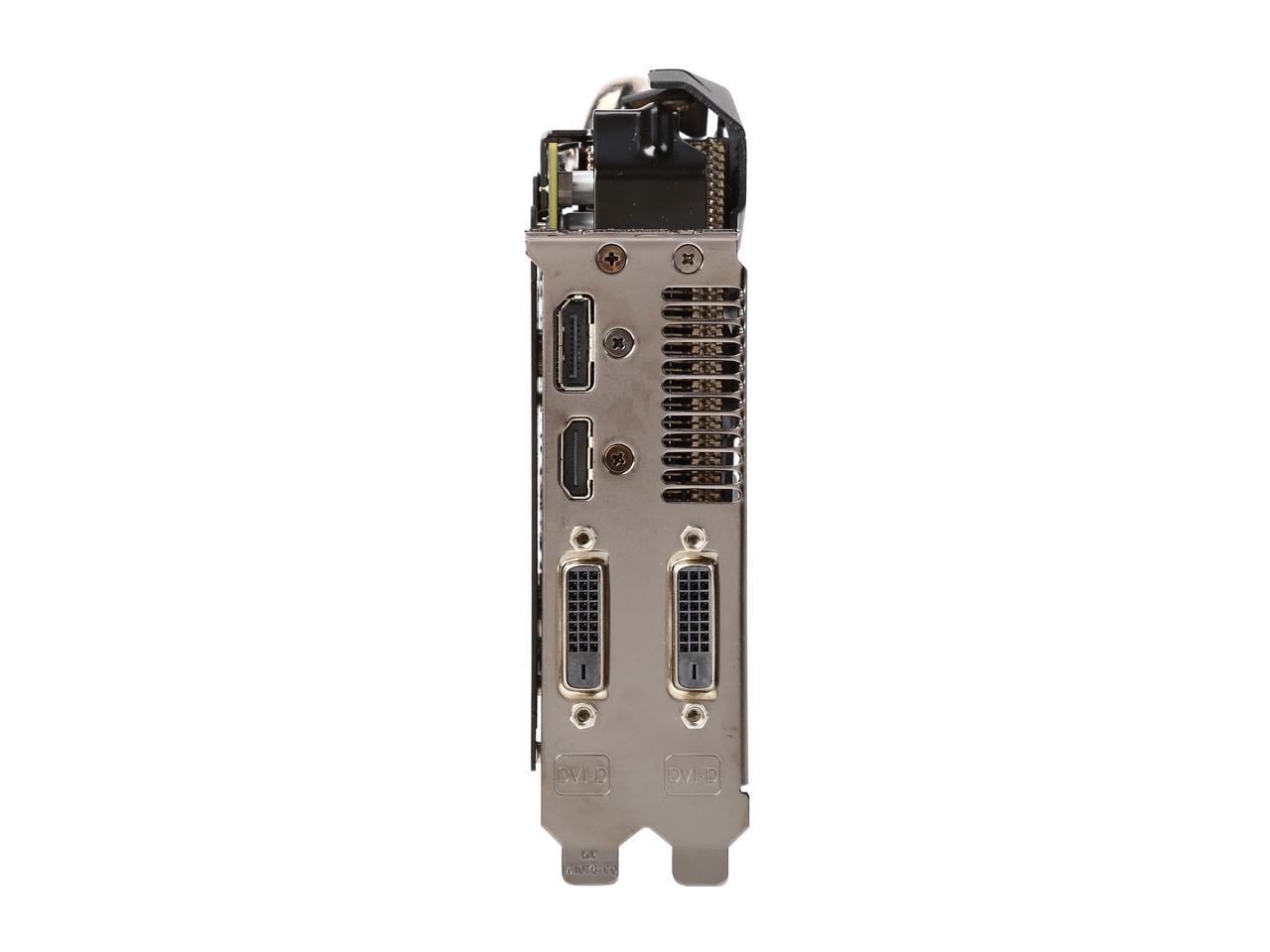 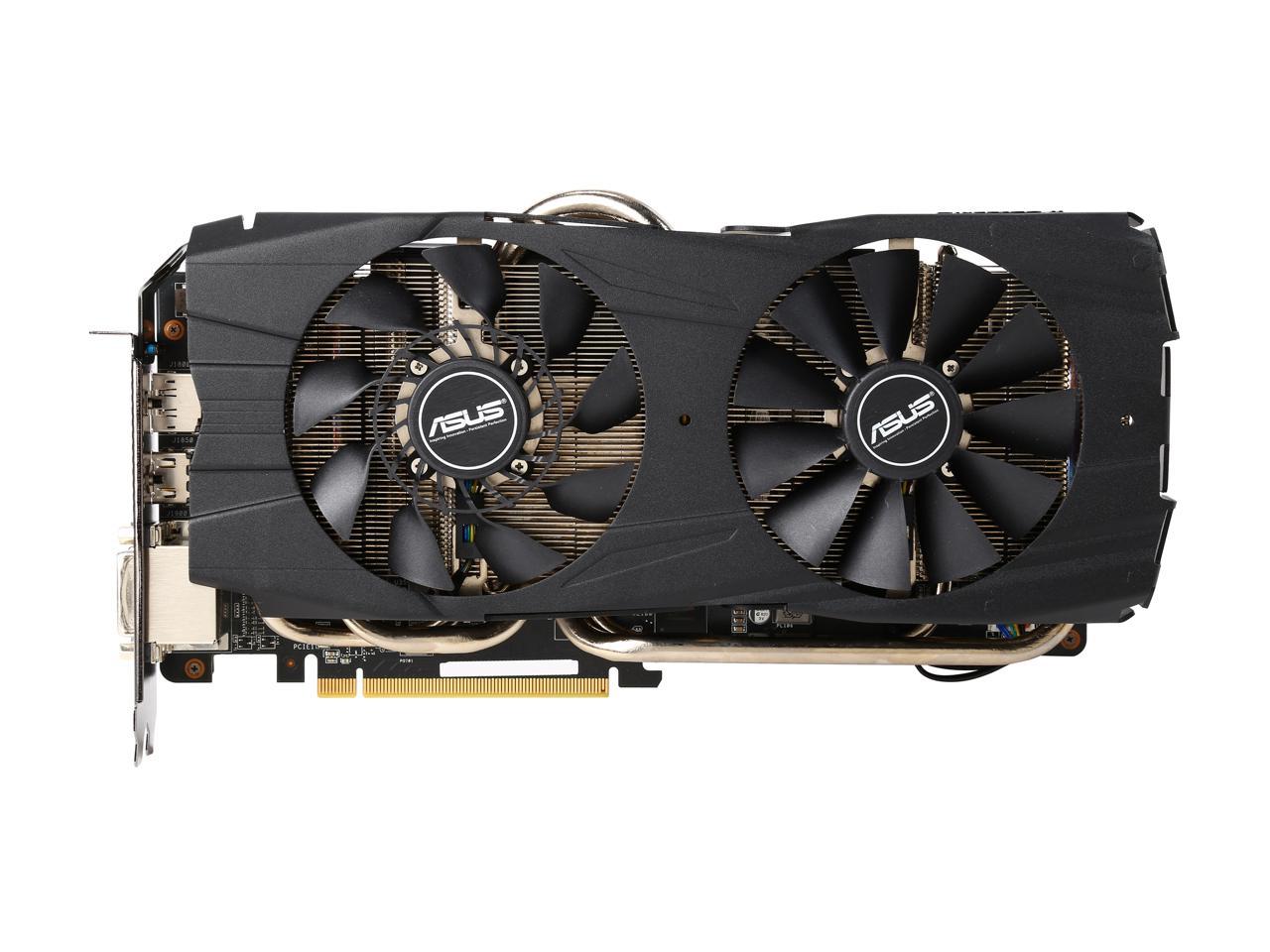 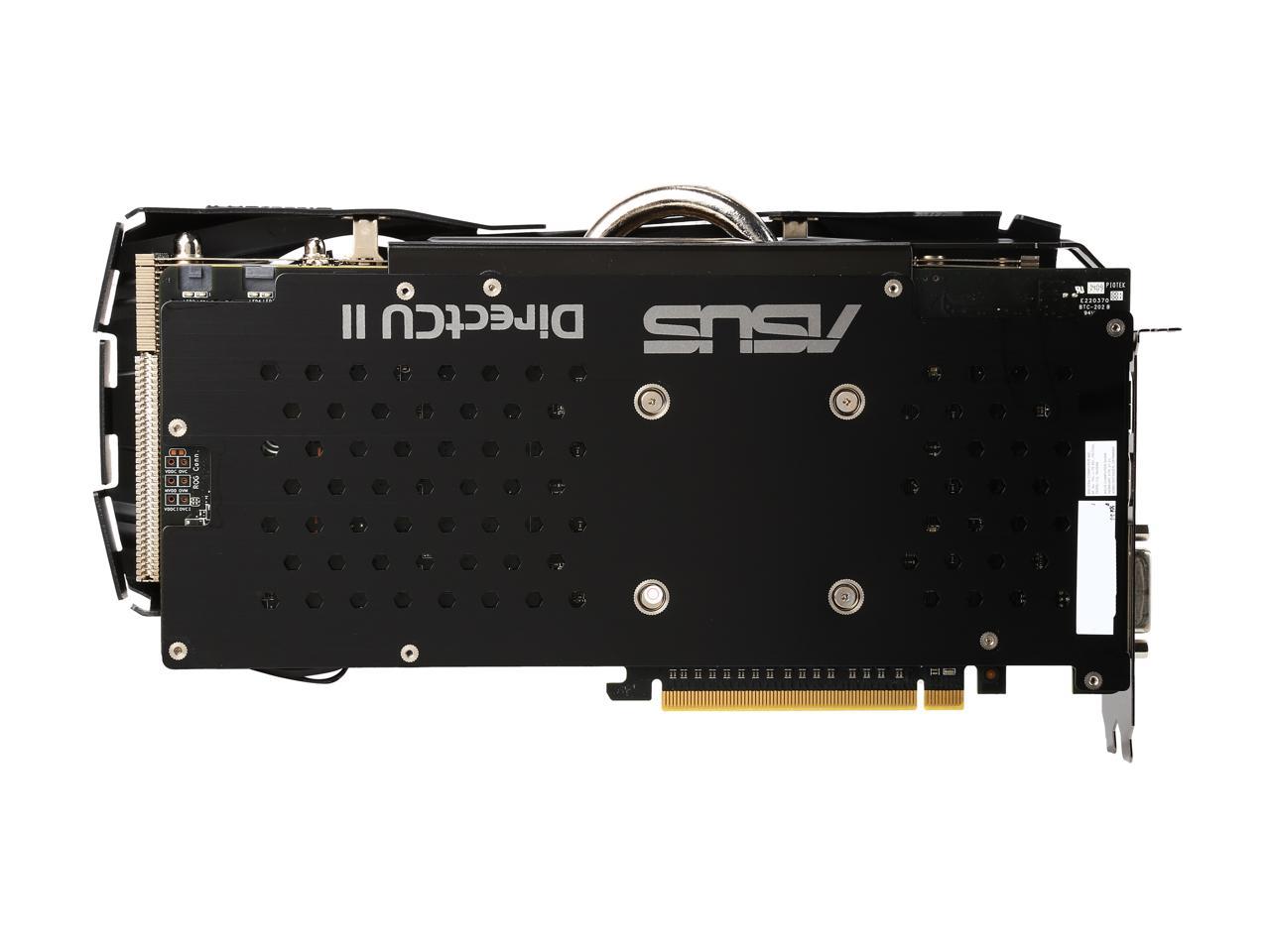 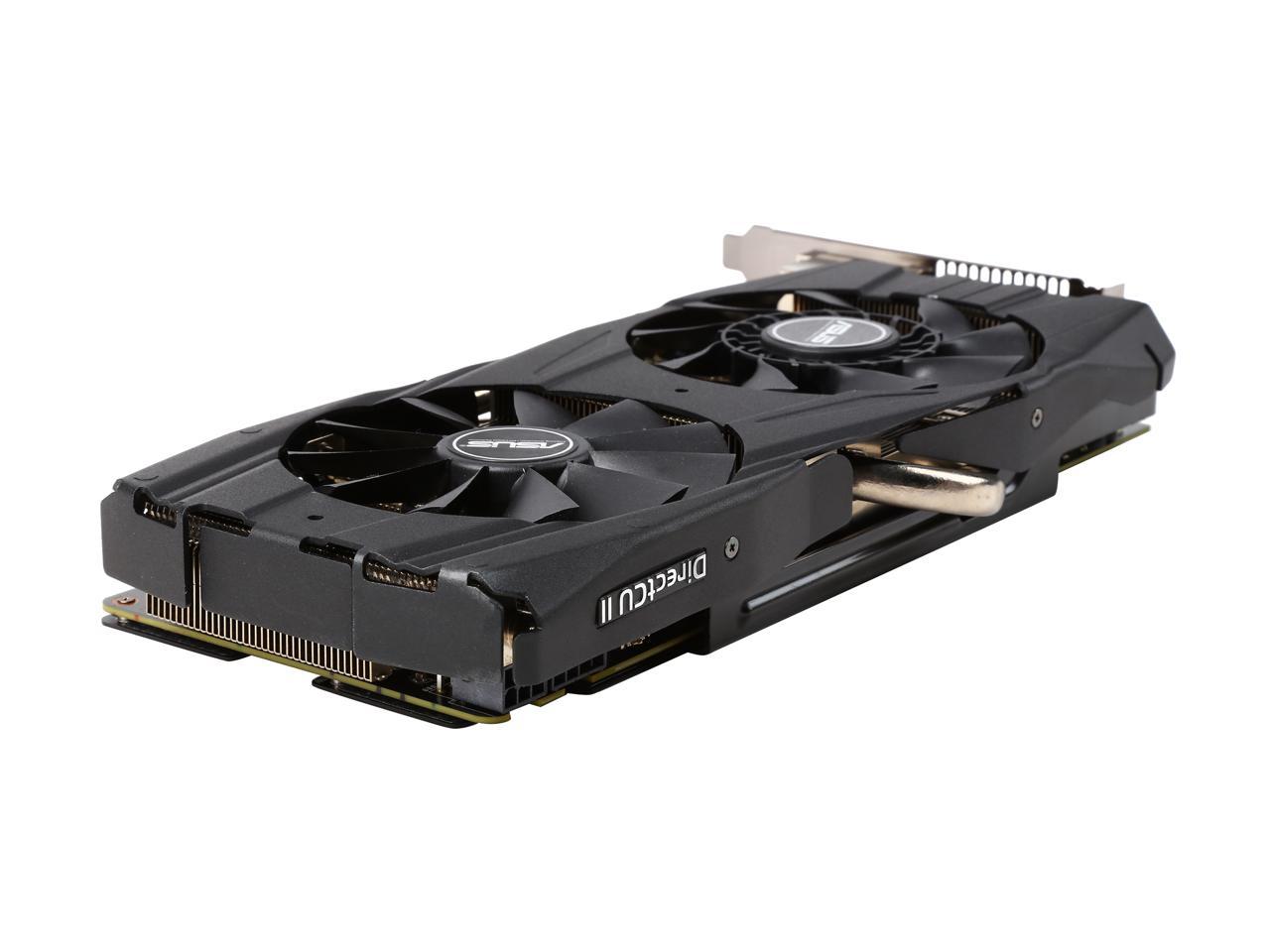 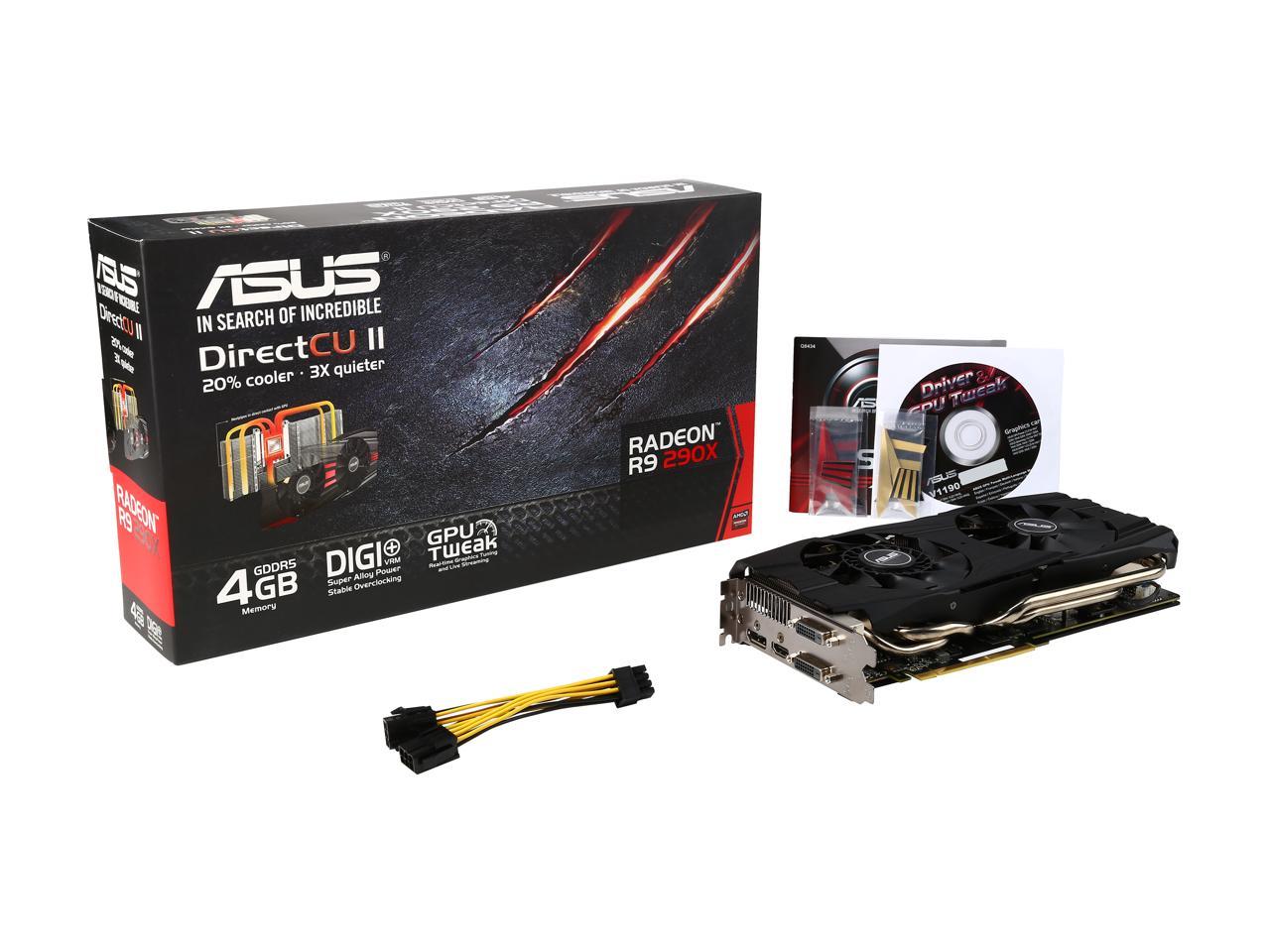 * Equivalent to 14dB and performance varies depending on system configuration Stream online instantly
GPU Tweak streaming tool that lets you share on-screen action in real time – so others can watch live as games are played. It's even possible to add to the streaming window scrolling text, pictures and webcam images.

Red or gold – the choice is yours! ASUS includes easy-to-apply metallic stickers so you can choose the color to match your motherboard. Extend the view across up to 6displays to immerse yourself ingameplay and entertainment.

Immerse in stereoscopic 3D gaming and get up close and personal with your favorite stars while watching Blu-ray 3D. AMD HD3D is also designed for professionals who create complex visual effects and detailed data visualizations.

Brings new levels of visual realism to gaming on the PC and get top-notch performance.

Pros: Extremely cold in my rig! 39°C idle and the maximum temp is only 79°C with full load and overclocked. Never got a video card this cold. Don't be fooled by the 1000MHz GPU core speed. This card is built for overclocking if you have the right, quality parts in your case. Card comes with an ASUS Tweak software where you can set the GPU speed, GPU voltage and Memory speed in no time. Running on 1070Mhz, memory 5400MHz and I set all my games to ULTRA high settings. No glitch no problem.

Overall Review: I'm a huge DIABLO fan since the first release came out in the 90's and funny thing, you should not overclock your card for Diablo III otherwise everything will be so fast can't even follow the kills and happenings lol... Got this card on shell shocker deal with rebate for only $279.99. Can't beat that.

Pros: Very nice overall characteristics at stock speeds. - Great performance, especially at higher resolutions - Very Low temps, never goes above 76 c - Inaudible sound output. I cannot hear it at load, over my case fans; which are quite. Phenomenal Overclocked performance - I was able to get 1160Mhz GPU and 5800Mhz Mem w/out much fuss at all. I'm sure I could get more, but that's comfy for MY card. - I use 1125Mhz/5760Mem for Daily Gaming and the card never goes above 88c at constant load. - Very Quite Still - OC is with fans set to AUTO. Fan speeds fluctuate between %20-%56, which again, is inaudible over my very quite case fans. - Does Not Throttle!!!! With the original 290x you'd get throttling (lowering) of GPU speed when the card hit its 94c temp limit. Fortunately, even at 1160Mhz, this GPU stays at that clock %100 under constant load. This equals performance that is very good and very consistent.

Pros: Card is a beast, can run anything i throw at it on ultra usually smooth excluding witcher 3, the temps are actually suprising for a 290x also, didn't change paste on arrival because i wanna save warranty, but this thing has never once gone past 90c, even after a 2 hour witcher 3 binge on ultra, with all the post processing stuff turned off eg. depth of field. Got a 4.4ghz 3570k at 1.2 volts and a 650 xrx psu, haven't once black screened and seem to be doing fine with these amps even after a long gaming spree.

Cons: It still can get pretty hot just idling around or watching youtube videos, It usually jumps around 50c when doing small things like twitch tv, or youtube, due to the high volts.

Overall Review: Might be getting a nzxt cooler, and two h100's to watercool the gpu and cpu of mine, will update when i do.

Pros: Worked near flawlessly for the first month, with the occasional crash after a couple of hours.

Cons: After working very well for the first month, the 290x began to repeatedly blue screen and crash my monitor over and over, often right after I had started my computer. At one point, it looped a blue screen error, each time with different reasons. This $300 purchase was definitely more hassle than it was success, and I am disgusted with how unstable it was as a product. I wasted nearly a week trying to fix all the errors and driver issues it had, even after constantly redownloading them. The ASUS software also left me consistently annoyed, causing blue screen effects whenever I would try to exit them. I'm sorely disappointed in this card's performance after reading all these reviews.

2 out of 2 people found this review helpful. Did you?
Manufacturer Response:
Dear Zimmon, I am sorry to hear that your video card is blue screening. Are there any specific instances where it blue screens, or is it random? If you are convinced that this card is faulty you can submit an RMA and have it replaced at http://www.asus.com/us/support. ASUS offers 3 year warranty on video cards. Feel free to contact me at cl-justin@asus.com and I will help you to the best of my abilities. Your case # for reference is N150770050 Thanks for choosing ASUS Regards, Justin ASUS Customer Loyalty
Anonymous
Ownership: 1 month to 1 year
Verified Owner
great card...hot though6/18/2015 5:27:51 PM

Pros: beast of a card, runs most if not all games maxed. temps are controllable not really too much of an issue once u get a good fan curve rolling. For $300 I have no complaints

Cons: kicks out a good amount of heat need a well vented case

Cons: No cons But t is quite large but my Fractal Design Define R4 can hold any graphics card

Overall Review: This card is a beast and is absolutely the best out right now with 2, 30$ rebar cards!!!!

Pros: Performance is great. Debated between this R9 290X and a GTX 970. Went with this despite the lower power use of the 970, and it performs great. Installation was easy, drivers worked flawlessly, and it booted right up, updated the firmware, and off I went into game-land. Performance is great; dual monitors and gaming at impressive rates. Nope, no issues with performance at all. Just turn it on and start playing...

Cons: And that's when things started going awry. Started with something easy; WOW. Shot up to 88 degrees within two minutes. The ASUS alarms started going off, with nasty red warnings in the corner of the screen. Case is a good one with plenty of airflow (Corsair Vengeance C70), but I cannot keep this card under 85 except when idling. For Pete's sake! This thing is cooking the plants in my office! I shouldn't have to water cool a new card, but that maybe my only option. Expensive option at that. I know they run hot, but when the manufacturer's own tools say it's overheating, there is a problem.

Overall Review: I hate to say it. I REALLY hate to say it, but I made a mistake in buying this card. I should have gone with the more efficient GTX 970. I am so bummed over this. I cannot fathom how this card can work except out in the open somewhere in the arctic. Maybe this is a cause of Global warming...

1 out of 1 people found this review helpful. Did you?
Manufacturer Response:
Dear Thomas, I am sorry that you are having temperature problems with your video cad. If you did not know, you can adjust the video card's fan setting via the Catalyst software. Have you tried that? Also, you should make sure there is no dust clogging your fan because that can cause overheating issues, since your fan is not running to its full potential. If you need any further assistance, feel free to contact me at cl-justin@asus.com and I will help you to the best of my abilities. Your case # for reference is N150754612 Thanks for choosing ASUS Regards, Justin
Jason C.
Ownership: 1 day to 1 week
Verified Owner
Performance is there, but LOUD7/7/2015 6:42:01 AM

Cons: Card got extremely hot and fans were very loud. I know it's the internet, and people tend to exaggerate, but in this instance, the stories are pretty spot on. Gaming at 3440x1440, Tomb Raider had this card at 84 degrees with fans at almost 70% within a minute and they stayed there. Performance wasn't throttled, but this card was absurdly loud. Loud to the point that my kids came in from the living room and asked what was wrong with my computer.

Overall Review: Like I said, performance was all that was promised, but the acoustics and the thermal performance were atrocious.

1 out of 1 people found this review helpful. Did you?
Manufacturer Response:
Dear Jason, Thank your for your time in posting a review about our products. We are sorry to hear your experience with the graphics card. Have you tried re-seating the graphics card maybe it's just not properly installed or try changing the fan speed, please make sure also that there is a proper air ventilation as it could also affect the performance of the graphics card. For further assistance, please email me at customerloyalty@asus.com and place the case#N150719384 in the subject line for reference. Thank you for choosing ASUS! Best regards, Jerry A ASUS Customer Loyalty