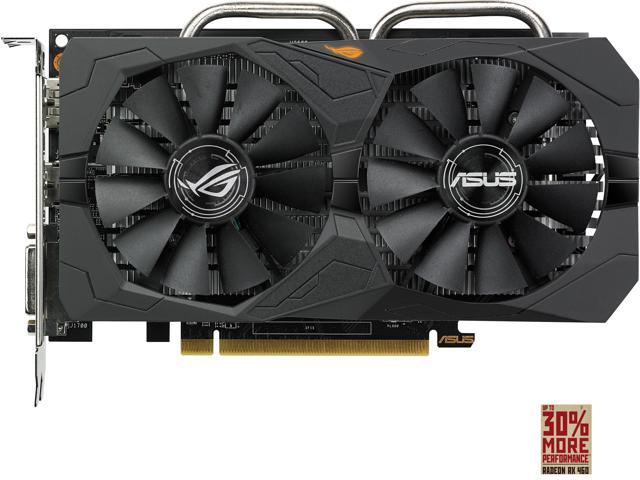 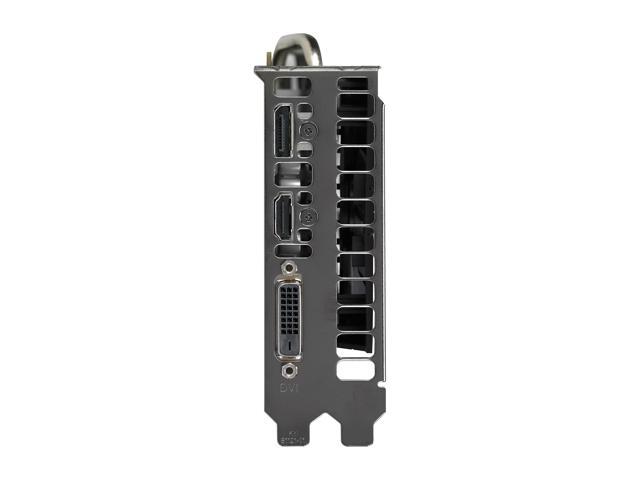 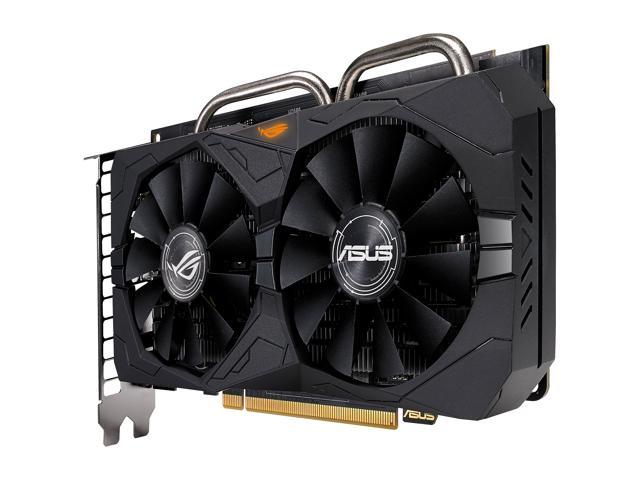 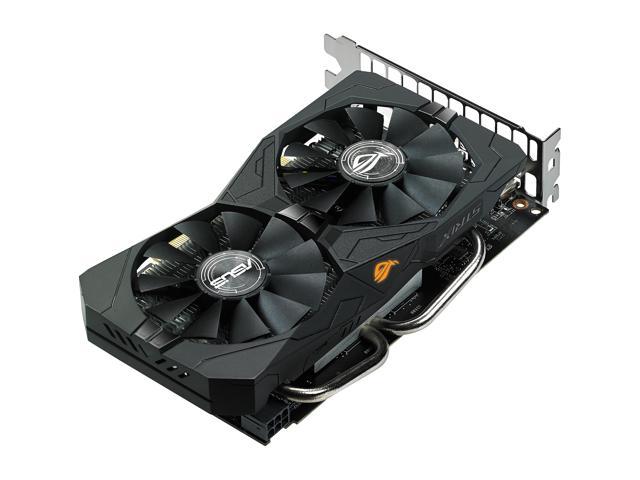 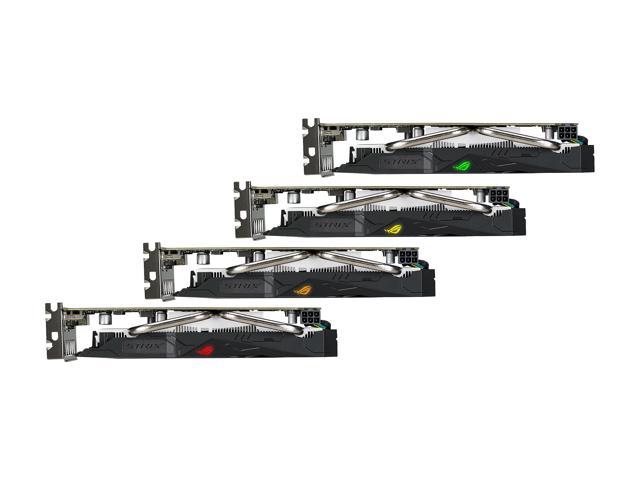 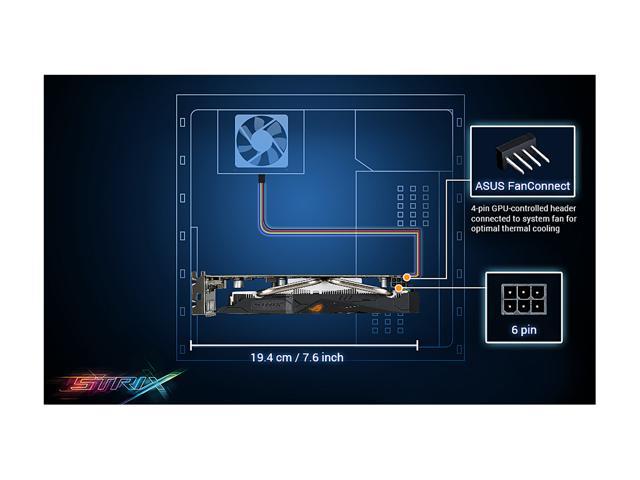 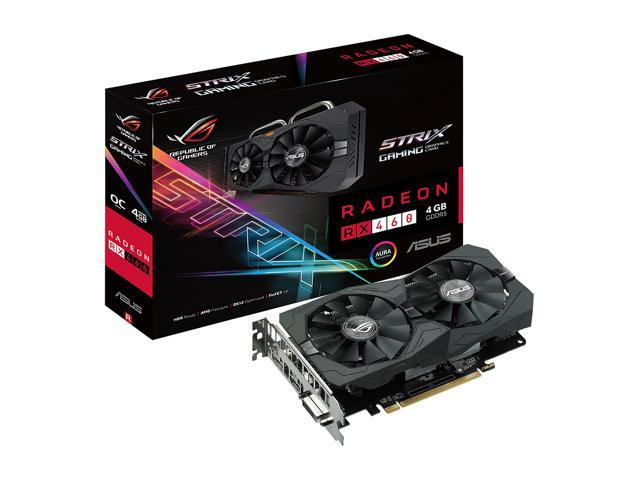 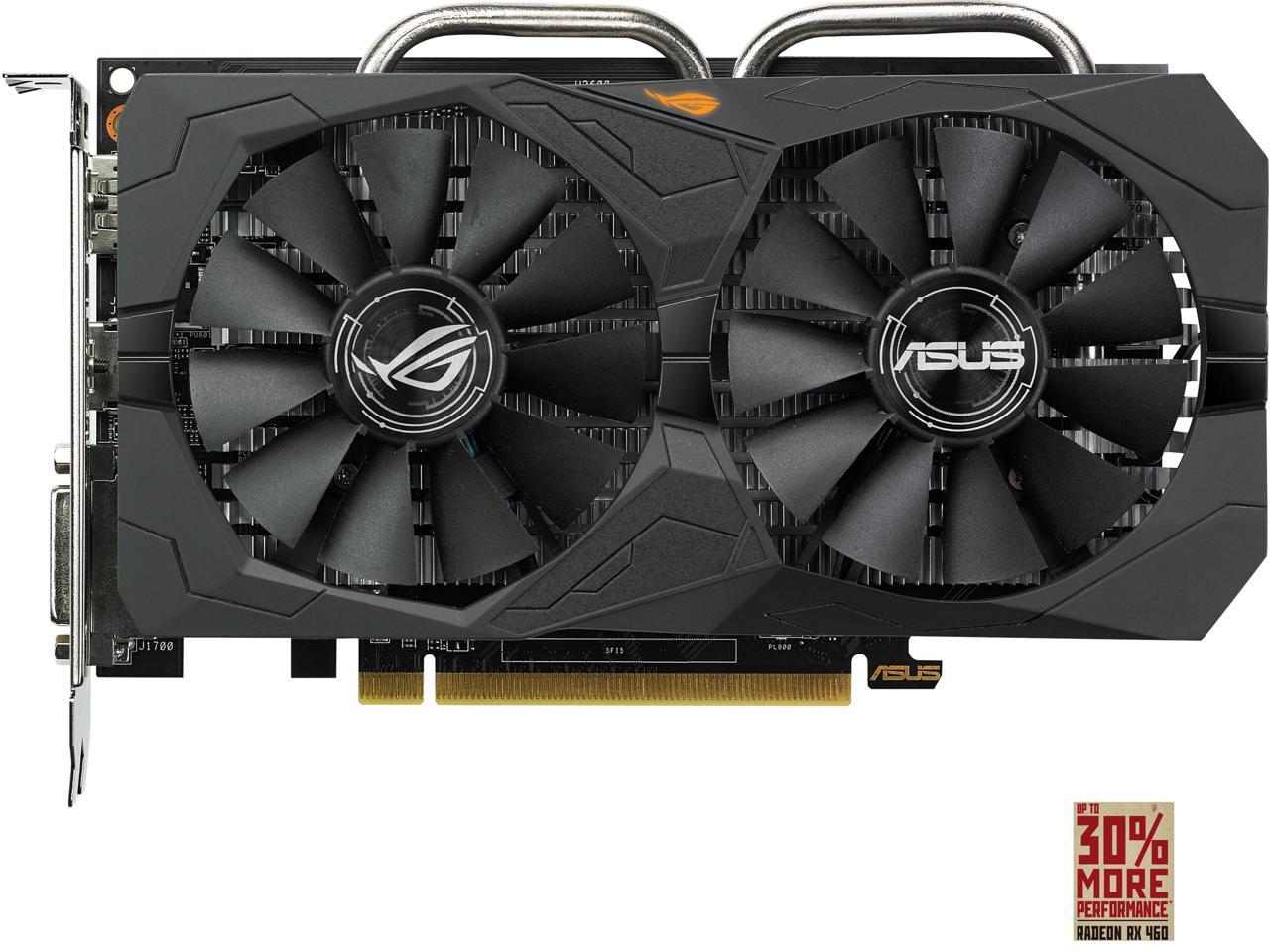 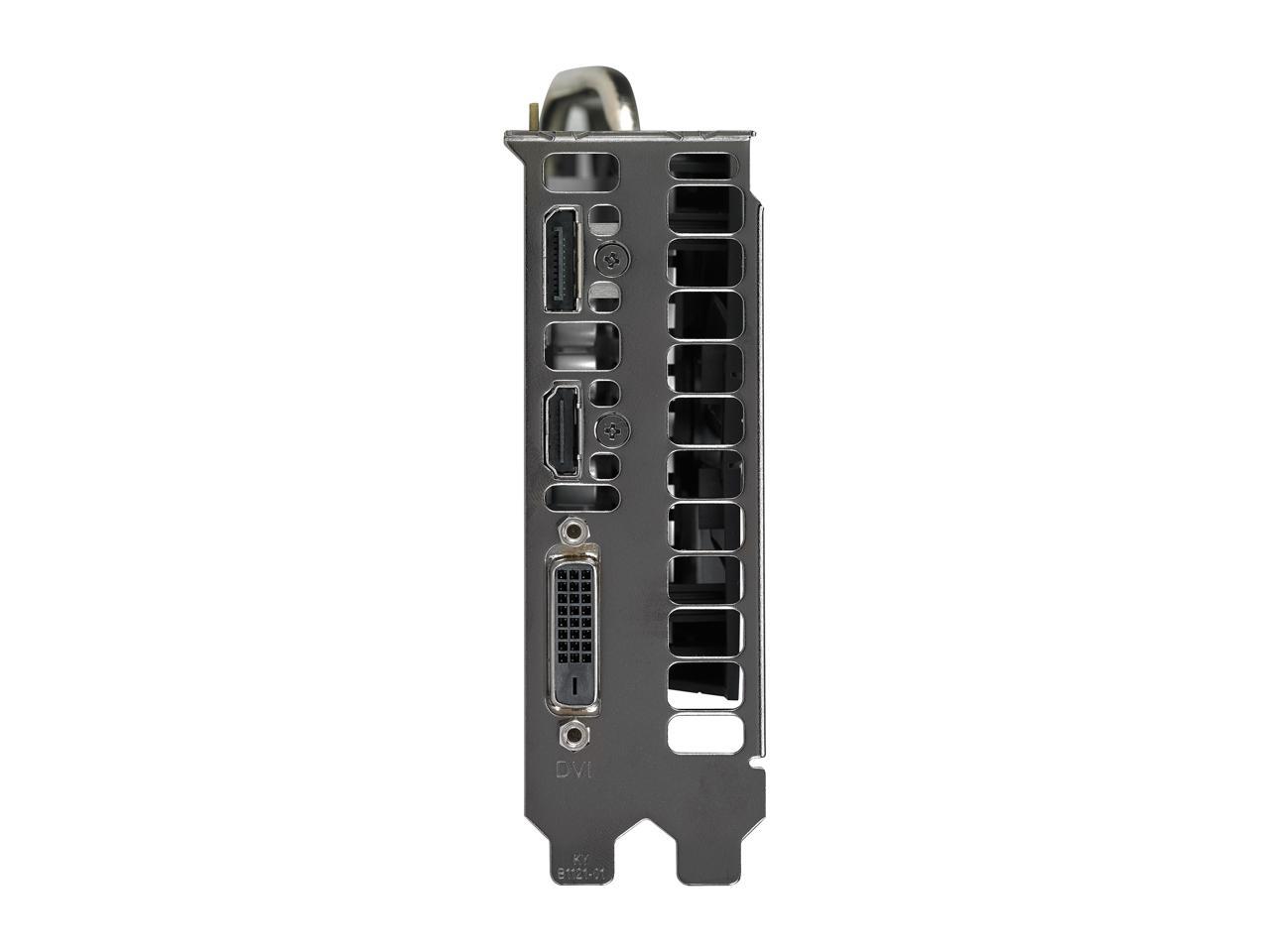 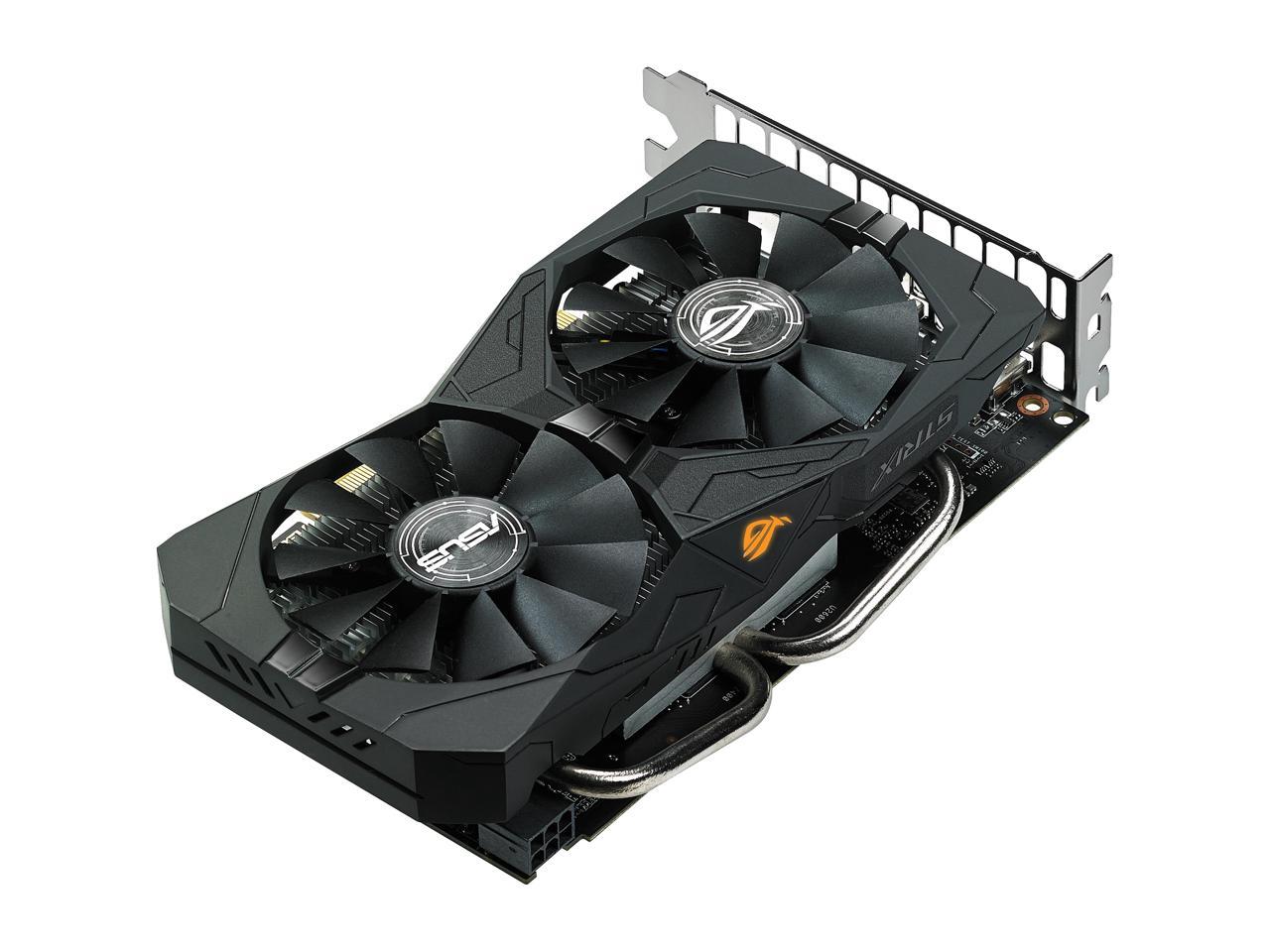 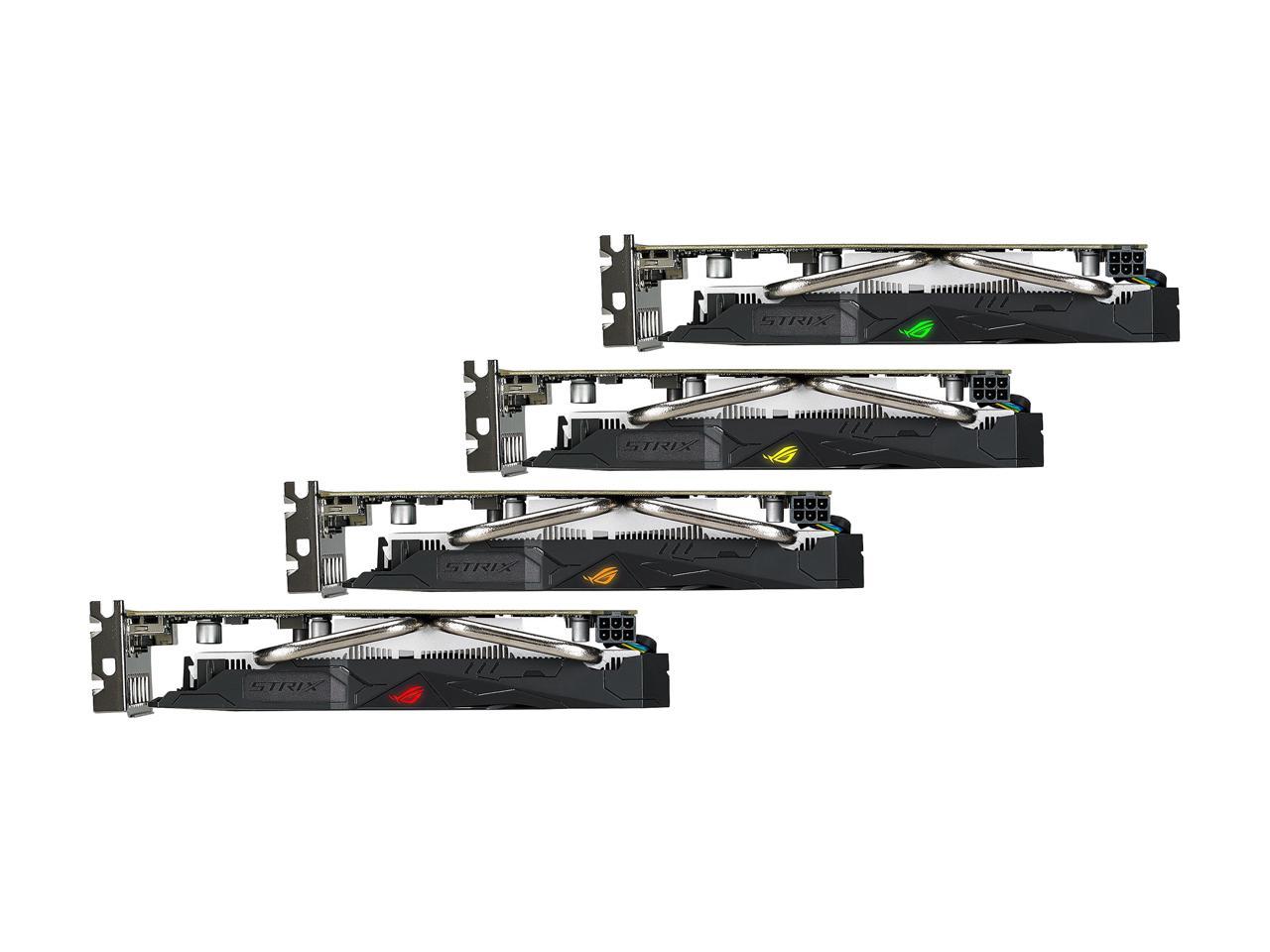 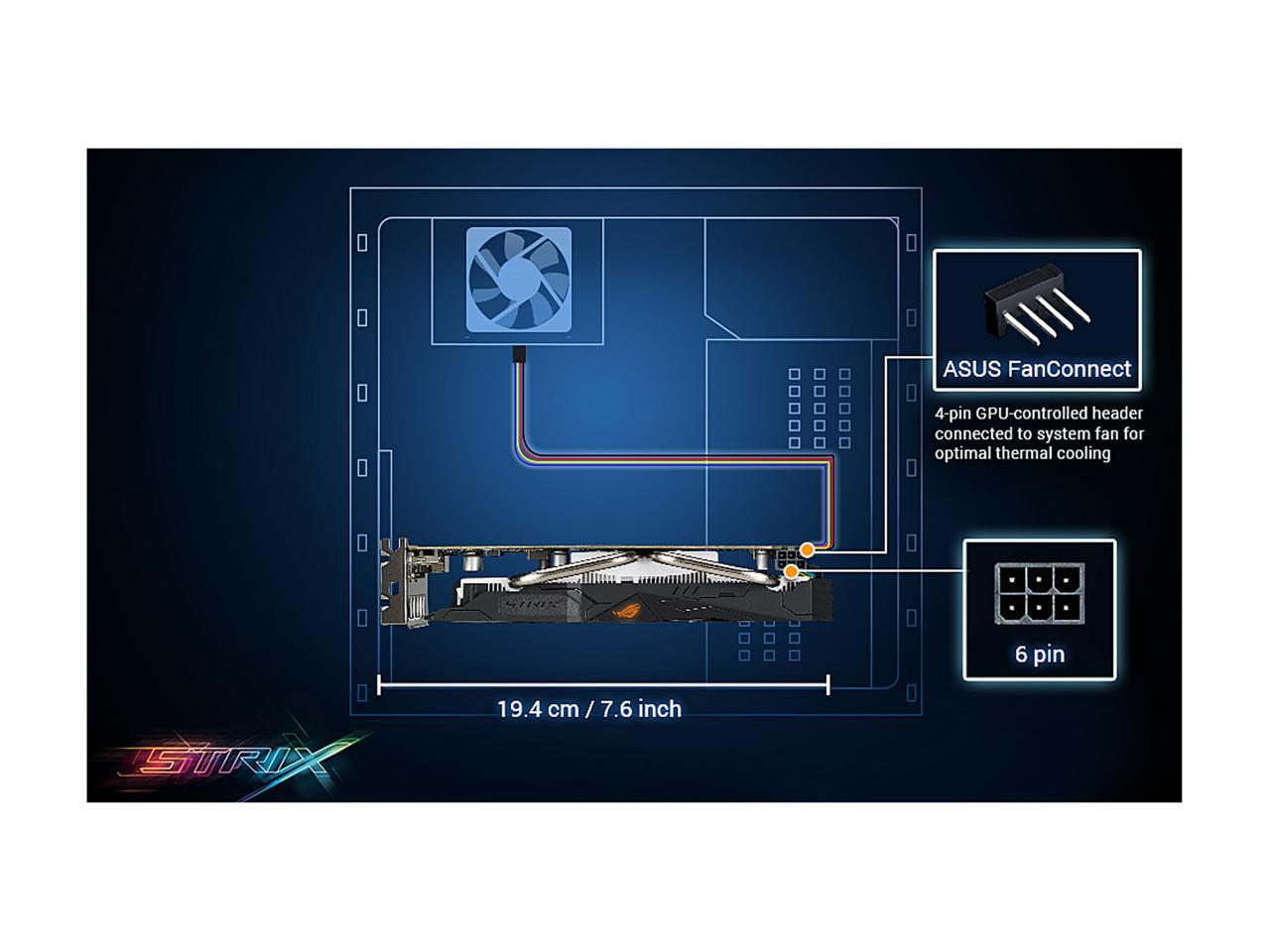 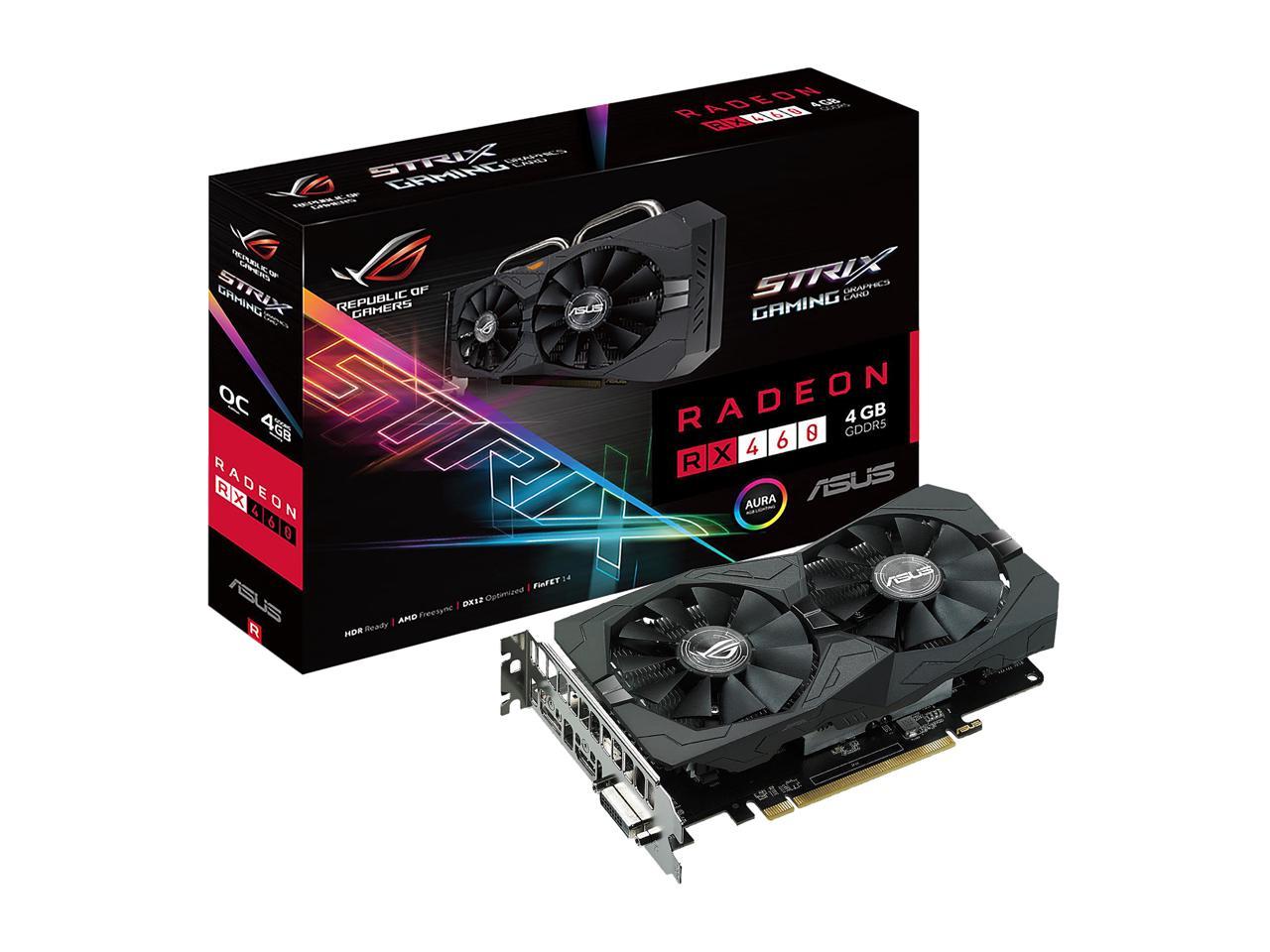 Learn more about the ASUS STRIX-RX460-O4G-GAMING

Pros: I was very impressed with the upgrade from a Radeon HD6770 (may *** rest its soul). Water looked real. No hiccups in game play, whether Skyrim or Archeage or Civ5 or whatever. I only ever ran this card stock.

Cons: After 2 months, I noticed the card started losing video to my monitor. I tried all sorts of fixes from drivers to a different power supply. Swapped the card in my wife's gaming rig, same weird random loss of video. This behavior made gaming pretty but ineffective. Where the HD6770 would pause a little, the RX460 would blank out and finally started giving me BSODs when just using Word or Chrome. I switched cards with my wife's HD6670, the behavior stopped. So I RMAed the ROG-Strix card... and it's been in limbo for 2+ weeks and running, always with "Product repair is in progress." I'm getting by with a temporary HD6450 I picked up for 50 bucks, but seriously? 2 weeks? So I got another ASUS 460 (2 gb DUAL model) that I thought I'd put in the wife's machine when I got my ROG-STRIX back, but the BSODs started even when I underclocked that card to 54% of stock. There was no stability whatsoever in 2 out of 2 ASUS RX 460 cards I've tried. I'm sending the second 460 back to the vendor and eating the 15% restocking fee.

Overall Review: I switched over to Radeon 8 years ago from NVIDIA and never once had a bad experience with AMD cards (I run AMD systems completely). Now I'm reading up on NVIDIA GTX10 cards and seeing what I want to do if ASUS RMA Repair People continue to leave it in limbo status. I have been building gaming rigs (and repairing friends' store bought systems) since 1999. I built my wife her first gaming computer when we were dating, which is one of many reasons she decided to marry me. Computer gaming is important to both of us.

2 out of 2 people found this review helpful. Did you?
Manufacturer Response:
Dear Valued Customer, Hello, I would like to thank you for taking your time in writing this review. We certainly value your feedback. It is unfortunate that you are having issues with your video card BSODing your system. Are your drivers up to date? It looks like your card is still in the process of being repaired. Sorry about the delay and the inconvenience it caused you. If you have any questions or concerns, feel free to contact me at cl-justin@asus.com and I will help you to the best of my abilities. I'm here to assist our customers with our products and dedicated in bringing a resolution to all issues that they may come across. Your case for reference is #N161246692 Thanks for choosing ASUS Regards, Justin ASUS Customer Loyalty
witawas L.
Ownership: 1 week to 1 month
Verified Owner
Great Budget Graphic Card8/30/2016 1:21:31 AM

Cons: -you need the latest updates with Radeon driver -Overpriced by 10-15 dollars

Pros: - Overclocking is a breeze - Out of Box experience provides an instant upgrade - I am not much for words, but the card does extremely well in games like GTAV, Tomb Raider, Batman Arkham city, Project Cars, and much more. I came from the Xbox360 so seeing games in true 1080p and mostly all settings set to High on this 4GB card, while overclocked to 1326Mhz on GPU, puts a new perspective on what a game should looks like. I mean you can also play using the Game Mode preset that came from the factory, but I wanted to be safe.

Pros: This is a Very Nice card for the money spent as it plays 95% of the Games have played so far on high or ultra high settings with at least 45 to 60 Frames per sec on 1080p resolution. I t is very Easy to install and configure. It comes with alot of very useful tools and utilities that are good for gamers who like to overclock their gear. Overall it is a very nice card for the the price.

Cons: The only thing this card lacks is enough monitor connections as three is not enough for us who like to have three or more monitors set up.

Cons: - for the price this card is... nothing

Pros: This is THE card you want for 1080p gaming, unless you want Ultra settings or super high refresh rates. I am an advanced user, and wanted to build an all AMD machine that could game well. This completely surpassed my expectations. Every single game I have played so far has no problem with High/Very High and sometimes Ultra settings. Ultra may be a bridge too far, but in pretty much every game I get a consistent 60fps. My panel is only 60Hz refresh so with VSync on, it's buttery smooth at all times. I unlocked this card with an aftermarket bios to gain another 5% in gaming performance, and when you only pay $87 for a GPU, that's pretty good. Stock clock on reference boards is 1200Mhz. This ships at 1256Mhz factory overclock. I was able to get a 1356Mhz Core Overclock and 1912Mhz memory overclock with stock BIOS. Once I unlocked the card, I had to dial it back to 1333Mhz Core 1886Mhz Memory. I could probably push each a few more Mhz forward, but those clocks right there are the ones that have never led me to a crash, ever. Some have gotten core clocks as high as 1371Mhz, but the ASIC Quality of my card as per GPU-Z is only 58.1%, one of the worst percentages I have seen. The aforementioned low percentage is not a big deal, every CPU/GPU you buy has a chance of being one of the silicon lottery losers. If I had gotten I gotten a higher ASIC Quality card, I might have gotten even higher overclocks. But as it stands, I will not be upgrading my monitor this year, so this card will do the job.

Cons: There was a bug in the driver before 17.2.1 that would create a crash after my computer had been on for 12+ hours and I tried to play a youtube video or game, but the new 17.2.1 driver seems to have fixed that issue. The blue screen was infuriating for a while, but I haven't had it for a few days. That doesn't mean it's fixed, but it's gone for now. The crash was atikmpag.sys and it caused a BSOD like I described. The computer would reboot and everything would be okay for a while after that. This was the only con I experienced with the ownership of this card so far.

Overall Review: If you haven't bought this card yet, look for RX 470 sales. 4GB RX 470's have been going down under $100 recently, and that's a screaming good deal if you can find one. If you can get an RX 470 under $120 even, I would purchase that instead. Don't get me wrong, I love my RX 460, and the unlock/overclock combo is efficient and powerful -- just scout the landscape a bit before you purchase this card. For $87, the RX 460 is a deal, but an RX 470 for around $100 would be a better deal. I would like to finish my review by saying I absolutely do recommend this card. I love it.

Did you find this review helpful?
Anonymous
Ownership: 1 month to 1 year
Verified Owner
Great for high res monitors2/5/2017 7:53:10 AM

Cons: Probably not the absolutely latest board for high end gamers

Overall Review: Would absolutely recommend for someone using a 3440x1440 monitor for office work. I am not able to make a recommend, or against, for gaming as that is not my application. I would buy another one of this if my wife decides she needs a high res monitor on her system.