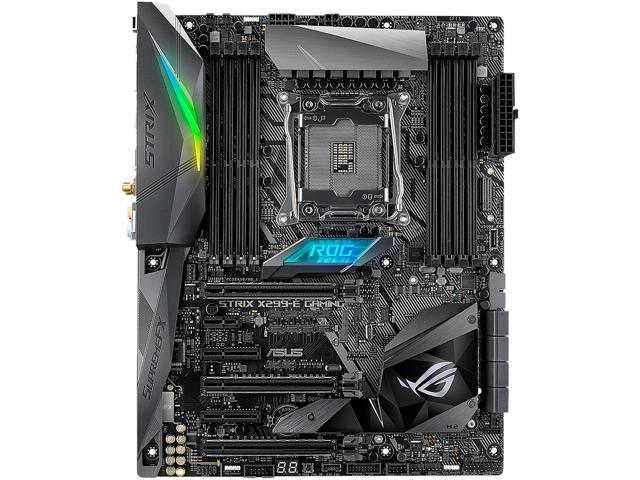 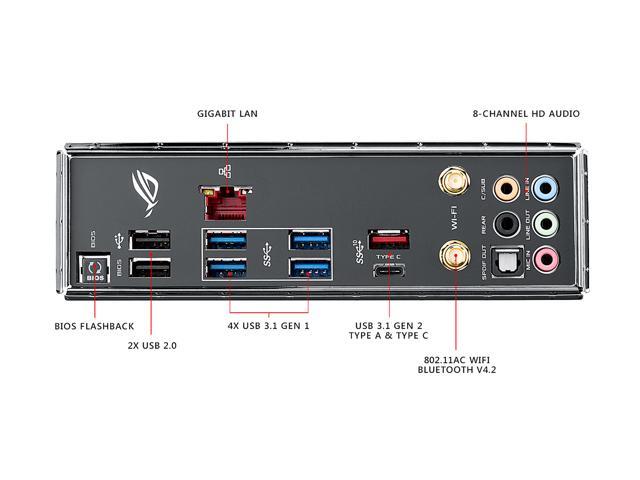 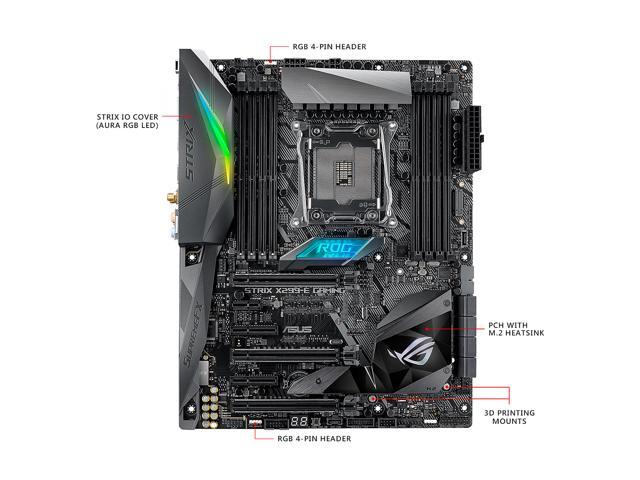 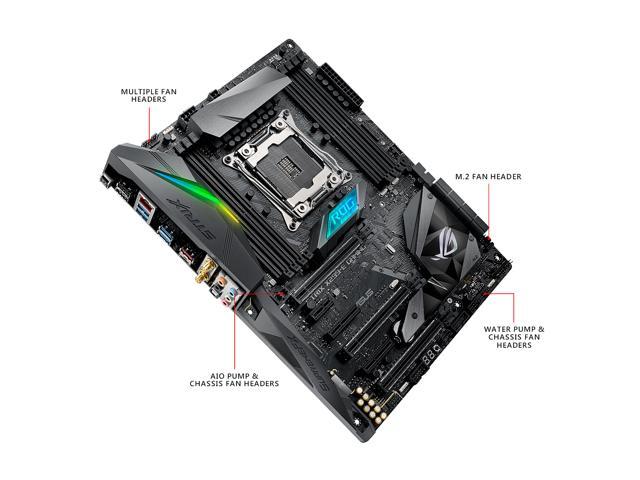 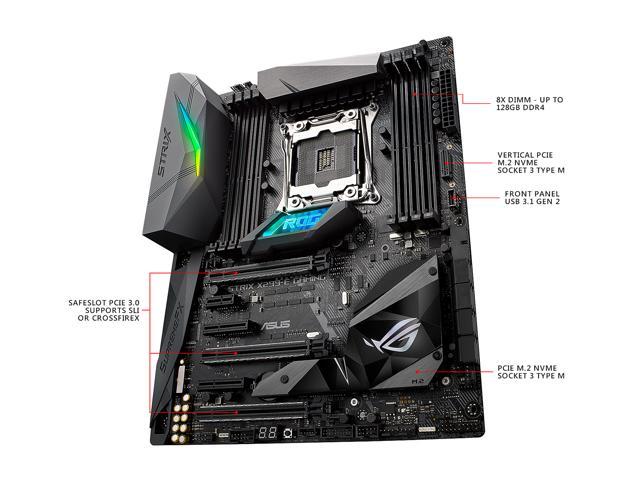 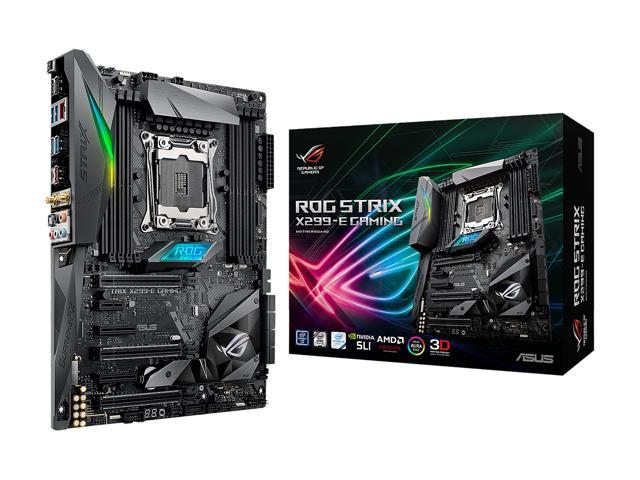 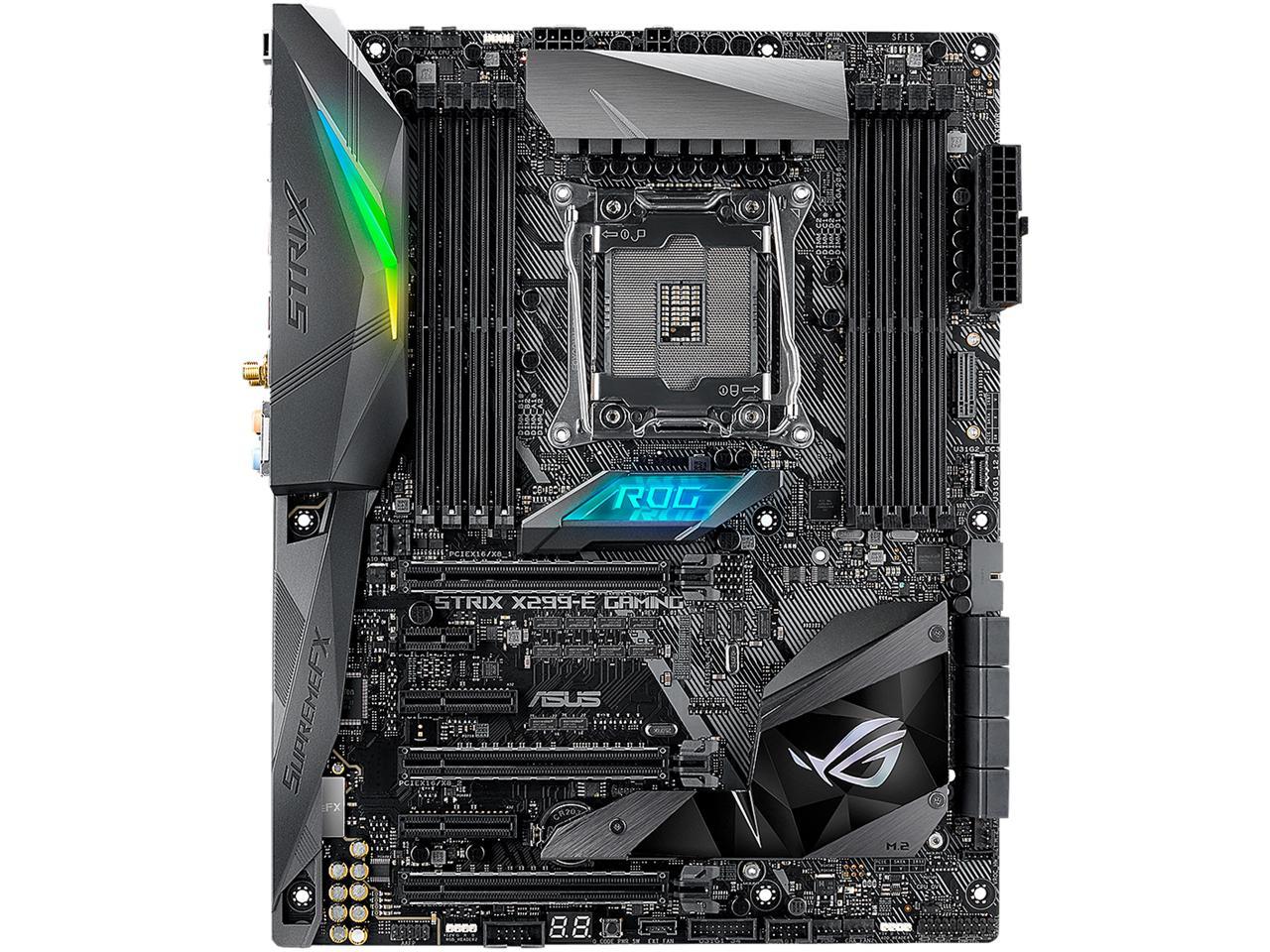 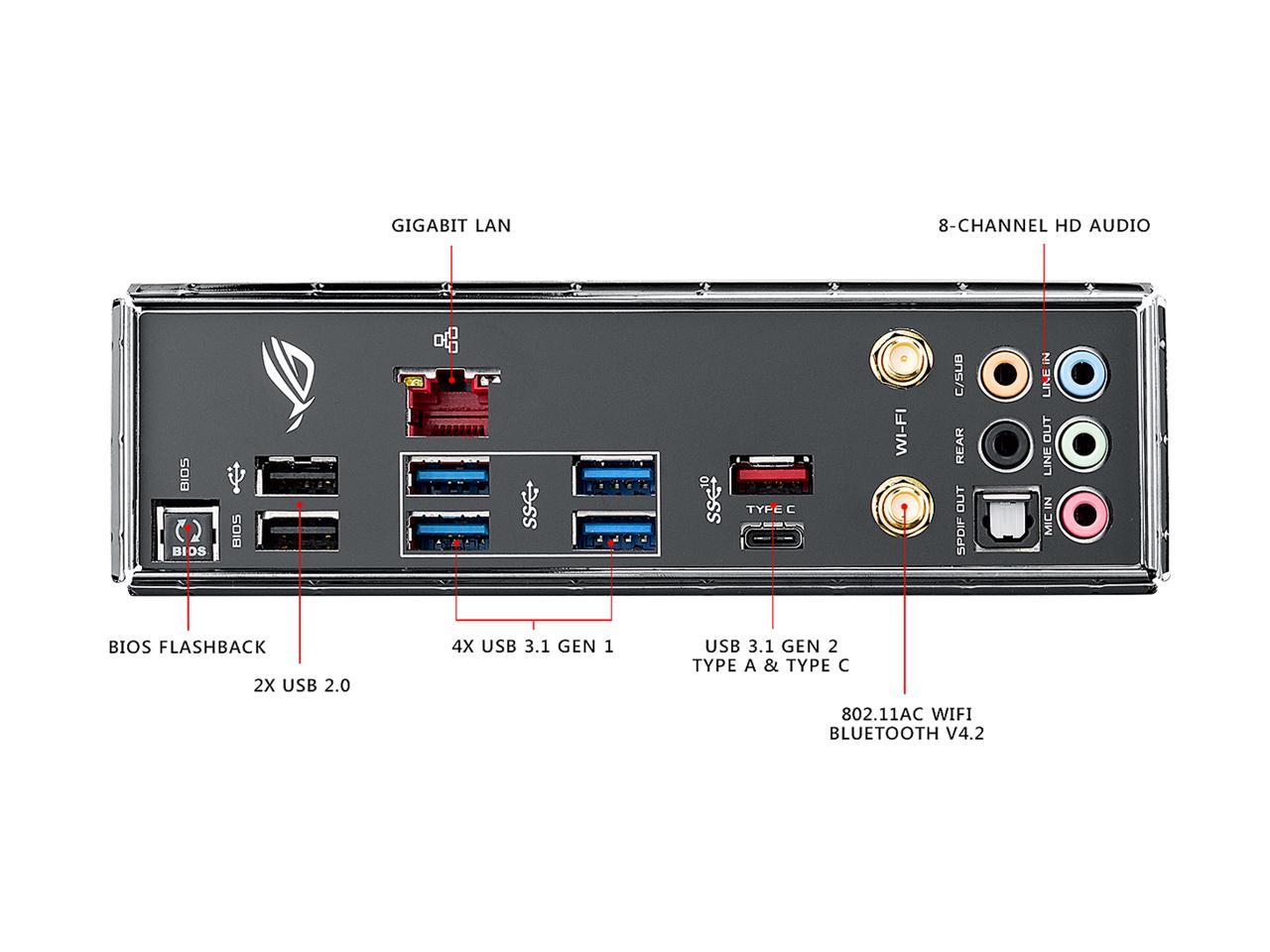 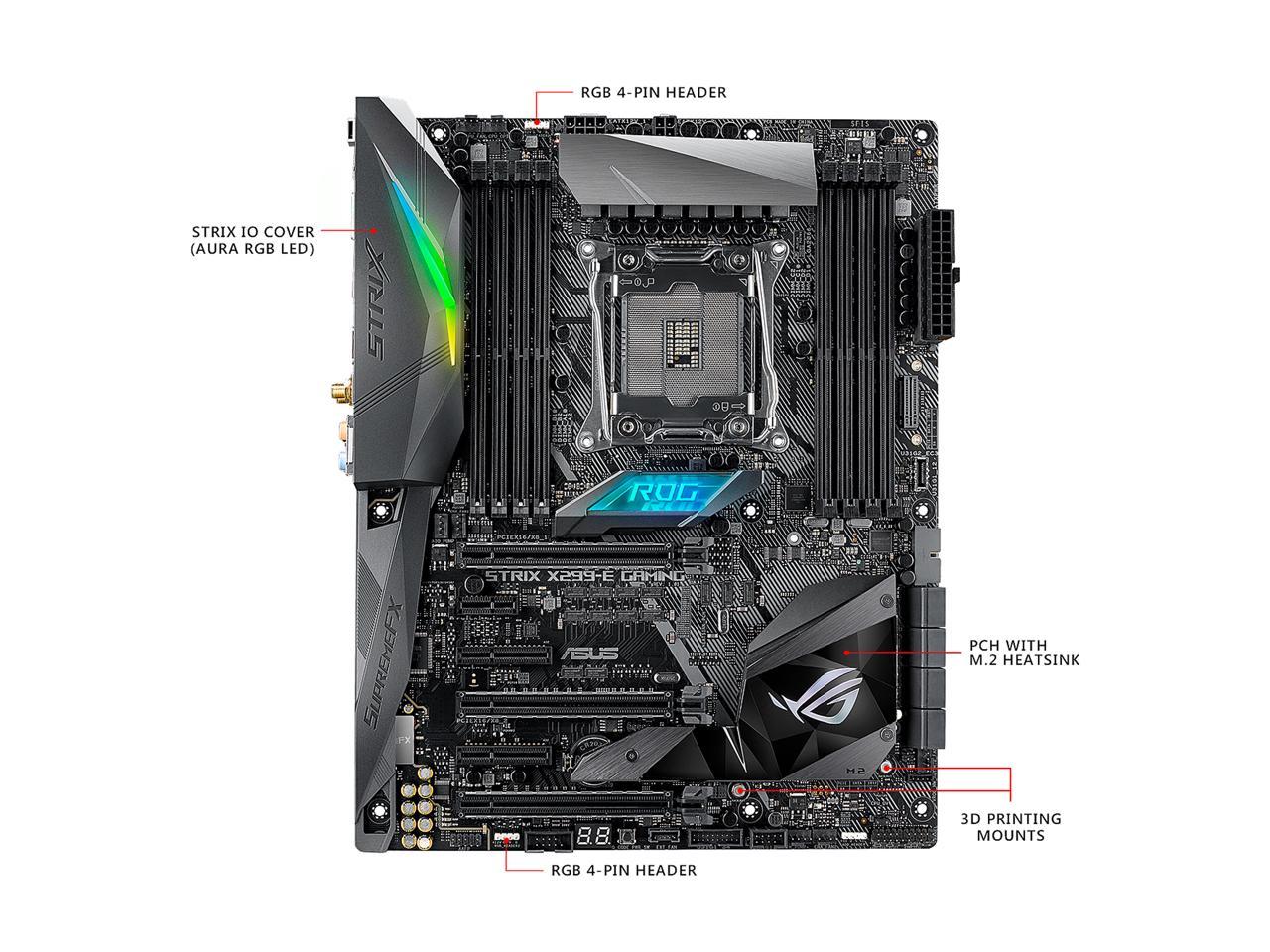 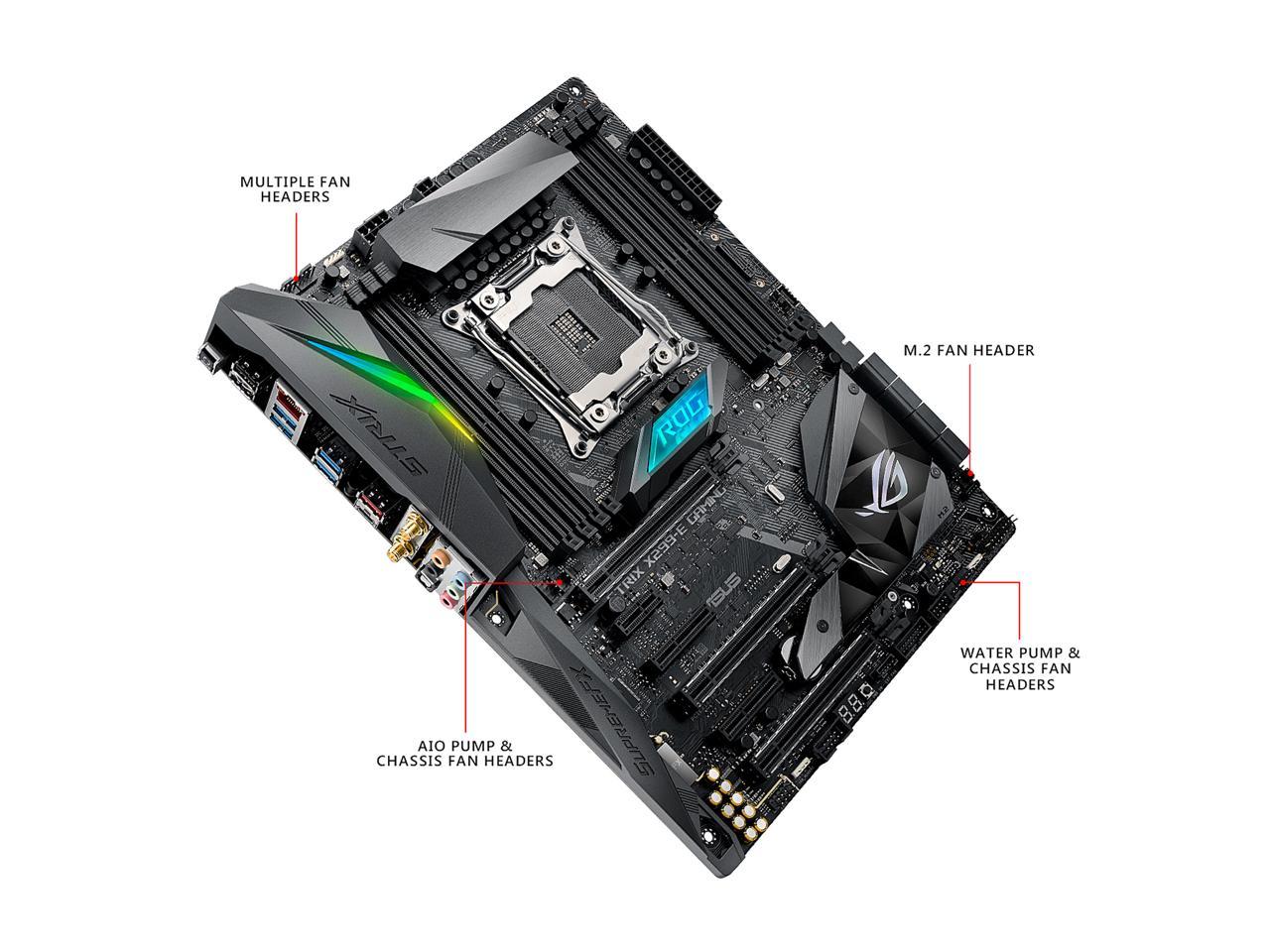 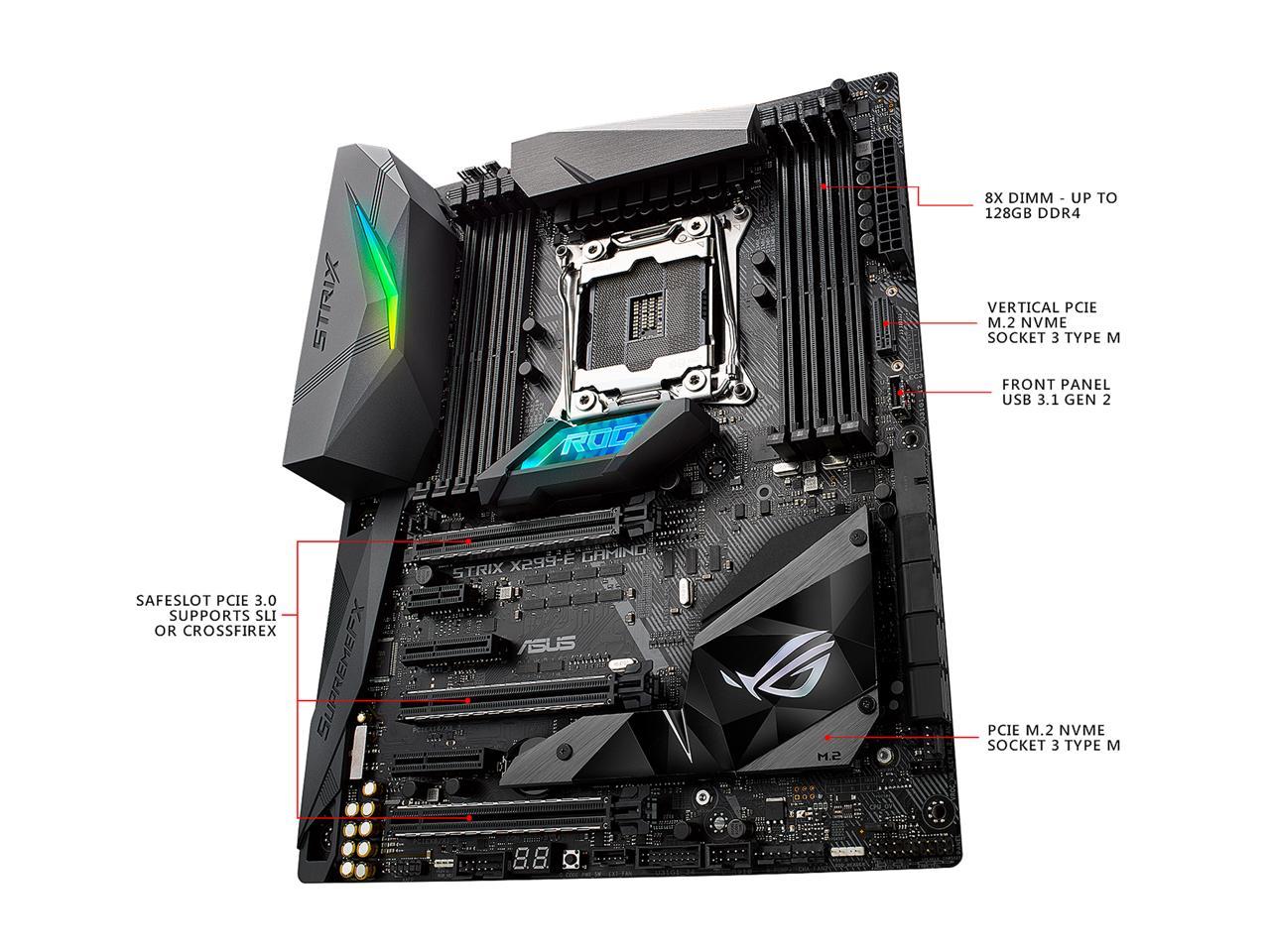 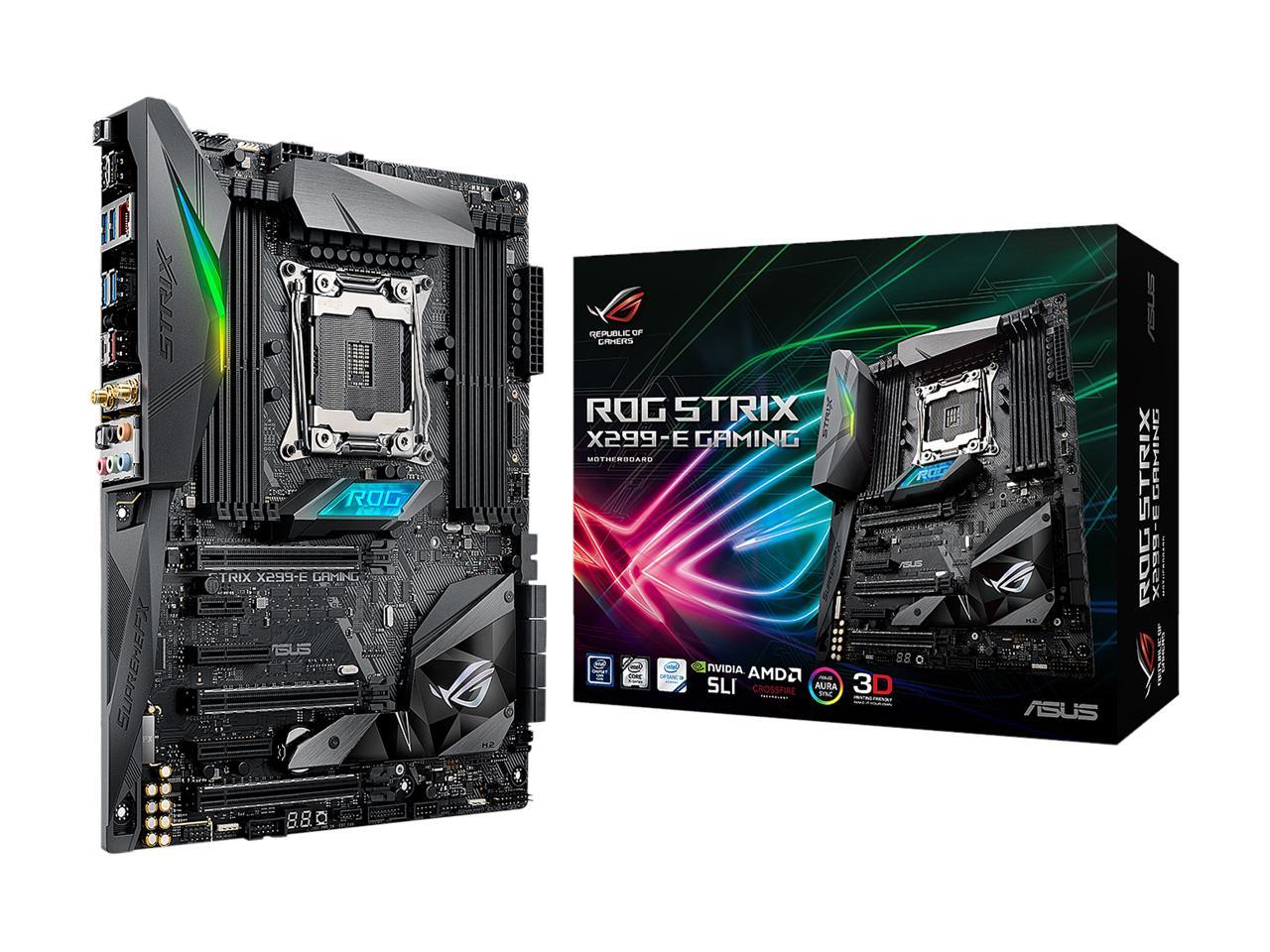 Pros: Of course the reliability is the most important thing for anyone wishing for the best possible purchase. Came in with expected quality built as previous Asus motherboard I purchased in 2010 and 2013. Installation was easy and the board layout was well thought on.

Overall Review: I have a i9 7940X CPU on the 299-e board, I am anxious this work with the ASUS ROG STRIX RTX2080 TI still in pre-order status for more than a month now. I will update this review when I have it all install. For now, I am using an old MSI N680GTX Twin Frozr 4Gb graphic card. I hope the metal reinforced GPU slot hold the 2.75 (slot space and weight of the RTX 2080 TI. Until then happy gaming at midnight sunshine.

Pros: Everything about this board is excellent. Top grade. I love ASUS products when they work. I have been using this board now for a about two months, and it seems reliable. Everything about this build is incredibly fast. I was super curious if quad memory would actually make a difference in real time, with rendering video, and audio. Speed has increased 60% over AMD FX 8350.

Cons: What nothing in any of the documentation for the board tells you is that if you use the e-z auto tune, and you choose gaming pc vs desktop, it cuts lan speed to no more than 10 mbps through ethernet, connection, however doesn't effect wi-fi speeds. Because there is no documentation for this specific app within the mobo I thought I had a defective board, and rma'd it and went through the whole process of shipping and rebuilding because no one caught this. When I rebuilt the pc, the same thing occurred; using the ez tuning app in bios messes with the lan speed. I realized the error, and decided not to use app, but thought I should pass on to anyone trying to figure this out.

Overall Review: As I headlined my review, this board is more than I need. I decided I wanted a rendering pc, that could also game. Because of my choice of chip the board does fine with Intel Turbo. Since I cool using a Corsair H60 AIO don't have room to oc, but I don't have a big need to oc. The few games I have tried work well. Rendering speed has more than halved from previous PC with AMD FX 8350.

Cons: 1) ** WHEA ERRORS with ADOBE PRODUCTS 8/2018 ** Search for this and you'll see ongoing issues. Some work arounds with manual tweaking of voltages, some had success with disabling intel turbo CPU properties... if you use photoshop, premiere ect be capable to handle manual tweaking of your bios. 2) One of the M.2 slots is vertical next to RAM. If you plan to put a cooler on top of your ram, you probably won't have room as most coolers are a little wider than the 4 DIMMS they are attached to. 3) Only one USB2.0 header on-board. I installed a corsair CPU water cooler that comes with a USB 2.0 header connection. However, most cases need a USB2.0 and USB3.0 header for external USBs. I just swaped out a regular mini-usb cable and shimmied it from the CPU cooler through the back into a normal external USB spot.

Overall Review: I build two of these in the last year for family photography business and the WHEA errors with adobe products are ongoing / quite frustrating.

3 out of 3 people found this review helpful. Did you?
Manufacturer Response:
Dear Jack H, Thank you for your review and I certainly understand the inconvenience this may have caused, and please accept our apologies for the inconvenience. ASUS integrates long-lasting, premium components, plus exclusive smart DIY designs across the board — ensuring the best gaming experiences. It's unfortunate to hear that you’re not completely satisfied with the design of your motherboard, but there is indeed 2 USB 3.0 instead of one. I'll make sure to forward your feedback to the appropriate department for continuous improvements to the product line. If any issues arise with the functionality of your motherboard. You can reach me at cl-adrian@asus.com. Thank you for choosing ASUS! Best Regards, Adrian ASUS Customer Loyalty – US Support
jason c.
Ownership: 1 day to 1 week
Verified Owner
awesome motherboard for my first big build8/2/2018 4:05:52 PM

Pros: great product. easy to use and set up

Overall Review: I am receiving points in the ROG Elite Rewards loyalty program for my review"

Pros: Feature rich. I configure 2 Samsung 960 EVO M.2 500GB NVMe as RAID 0 for the C: drive - benchmarked at about 2X normal disk transfer rate (took some doing loading the RAID software). Graphics came up without a hitch ( ASUS GeForce GTX 1060 DUAL-GTX1060-O6G 6GB because the bitminers have forced GPU prices through the roof). It went through the 1st post without a hitch (the OLED display is very informative), and once the RAID drivers were configured Windows 10 installed without a hitch.

Pros: This is a great board. I'm running 32 GB of DDR4 4000 and have a 7800X @ 5.0 GHz with dual Titan XP's in SLI. Board is rock solid with all of this. Lots of great overclocking features and looks nice as well. Very minimalistic aesthetic and RGB is a nice subtle touch when using the ASUS software.

Cons: Just make sure to update your BIOS right away. I initially got a board with the initial BIOS before ASUS had a new one on their website. Trying to run my memory at 4000MHz bricked that board and the CMOS/BIOS count not be reset. I got a second board and waited a few days for a new BIOS to be supplied on website - been working great every since.

Pros: This board is a snap to setup the board with the documentation provided. BIOS menus are well laid out with good help text making it easy for novice and experienced users. Although I don't typically overclock to the extreme the BIOS has all the bells and whistles an avid over-clocker could ask for. I've been running the system now for 3 weeks with no issues at all.

Cons: The auxiliary fan card to add additional case fans what not a part of the included items. Only one USB2 front panel connection on the board.

Overall Review: I would definitely recommend this board.

Overall Review: Bought Two of them some time ago and have had no problem with ether one ?, I feel bad for THOSE ONE EGGERS That are having problems with there boards, Some maybe bad BUT some might have other problems with there comptures !!! or other parts ? Me, Im building a nother compture with the same Board : ) This will make Three.