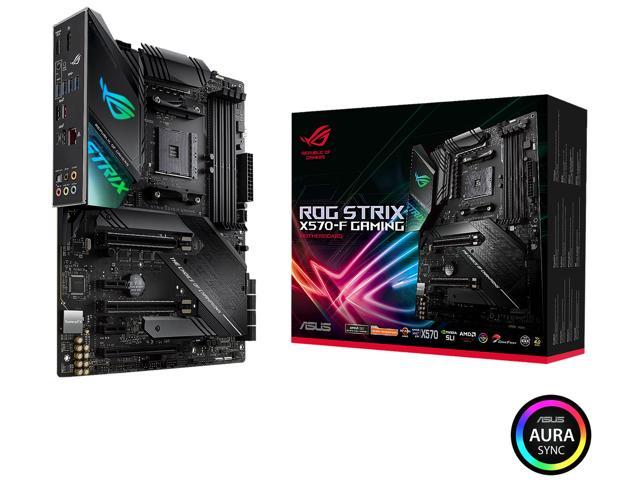 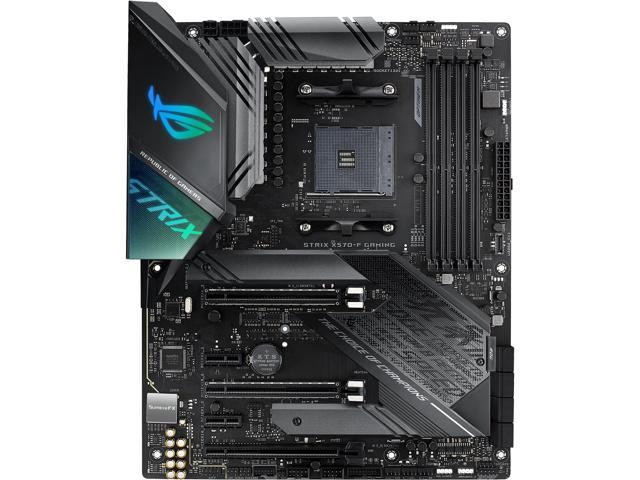 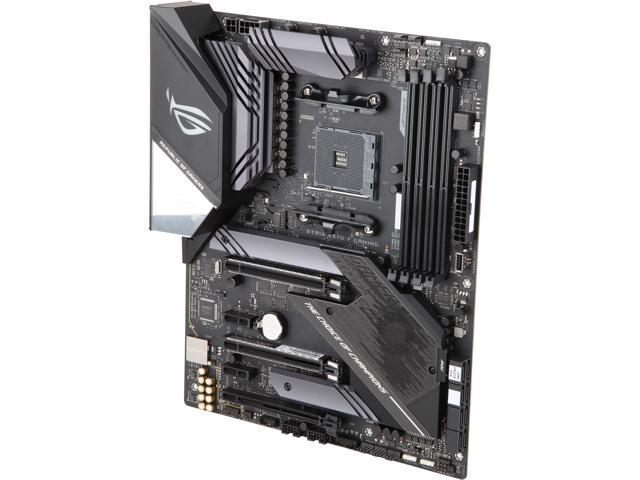 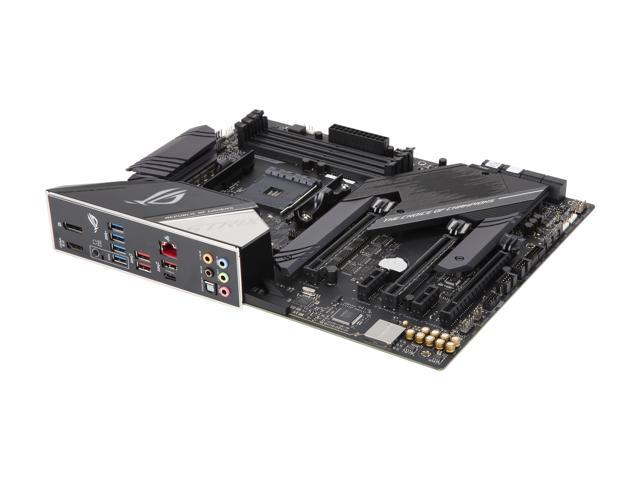 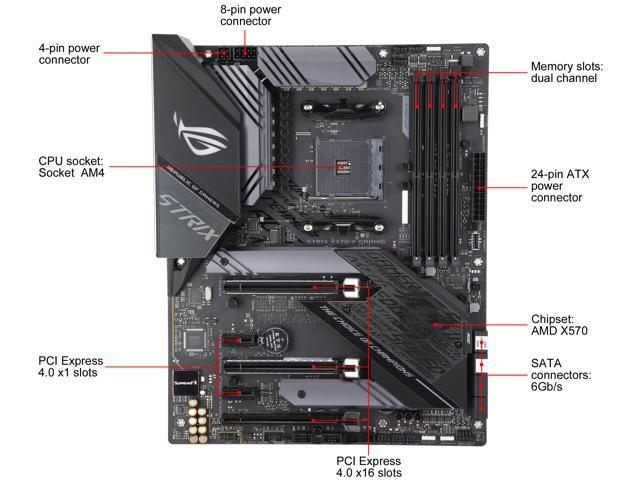 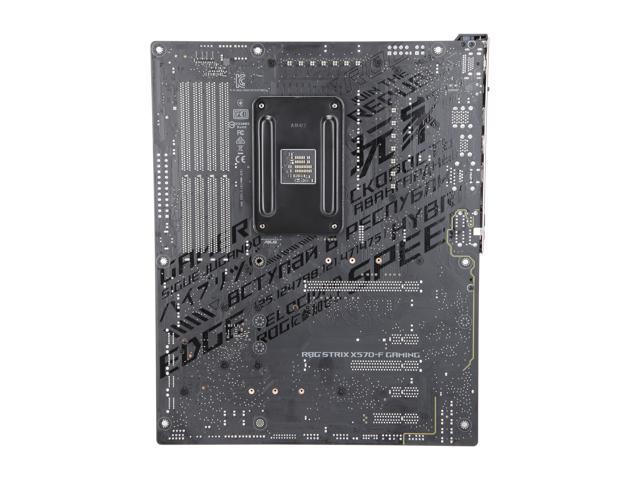 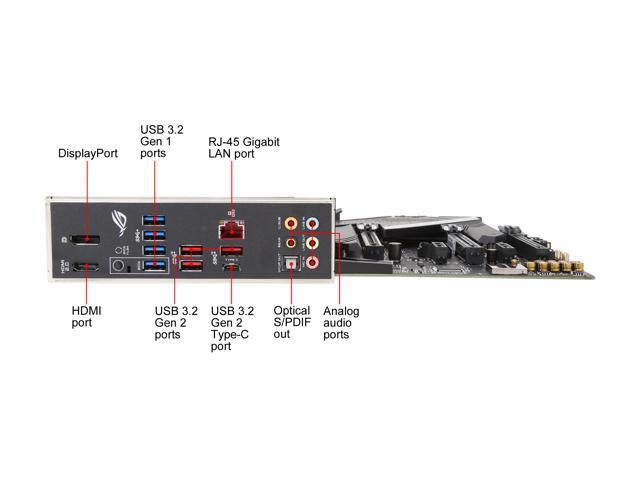 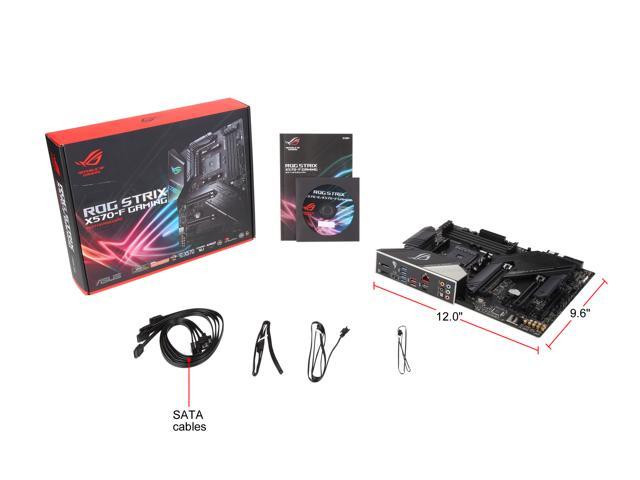 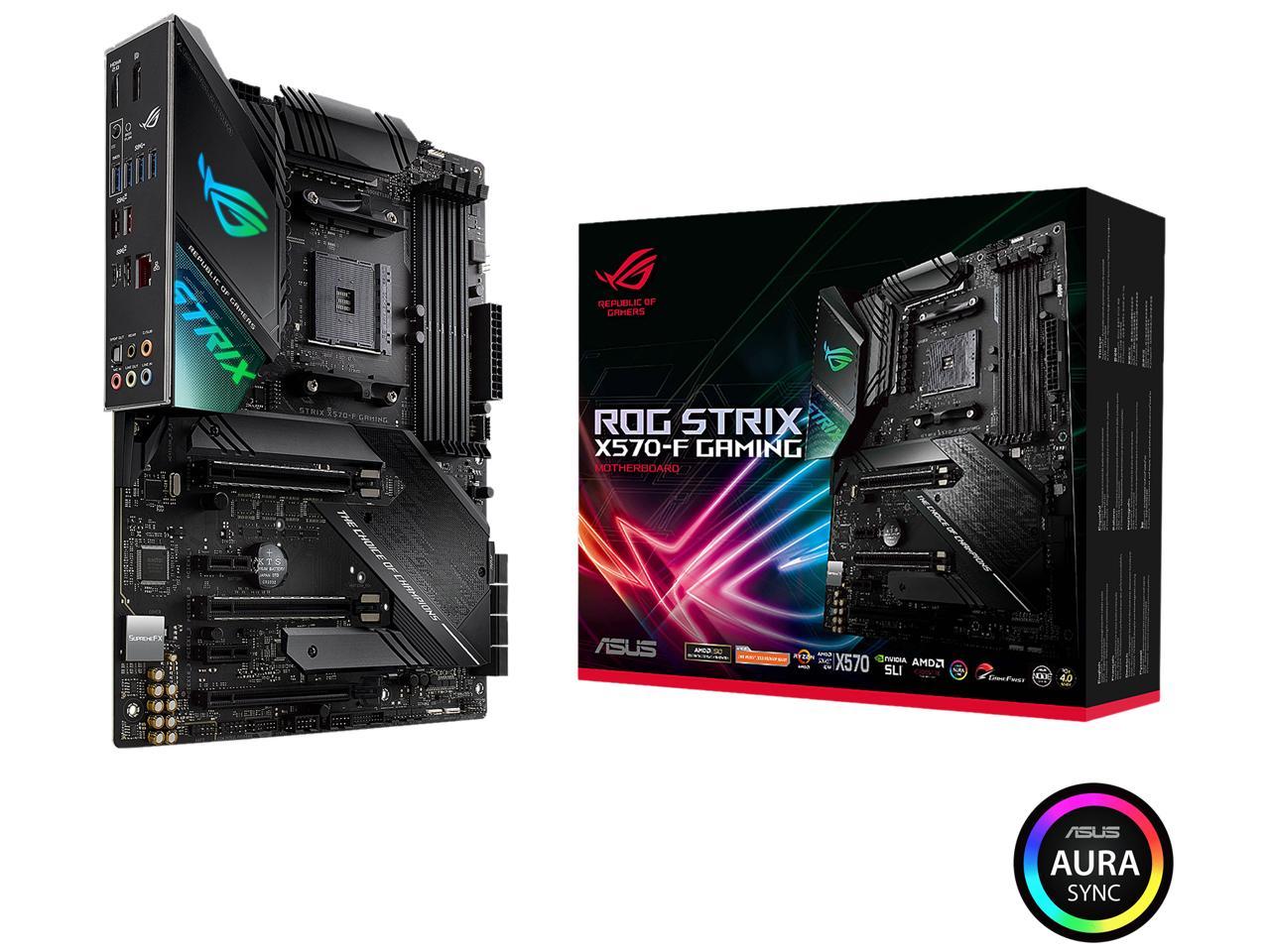 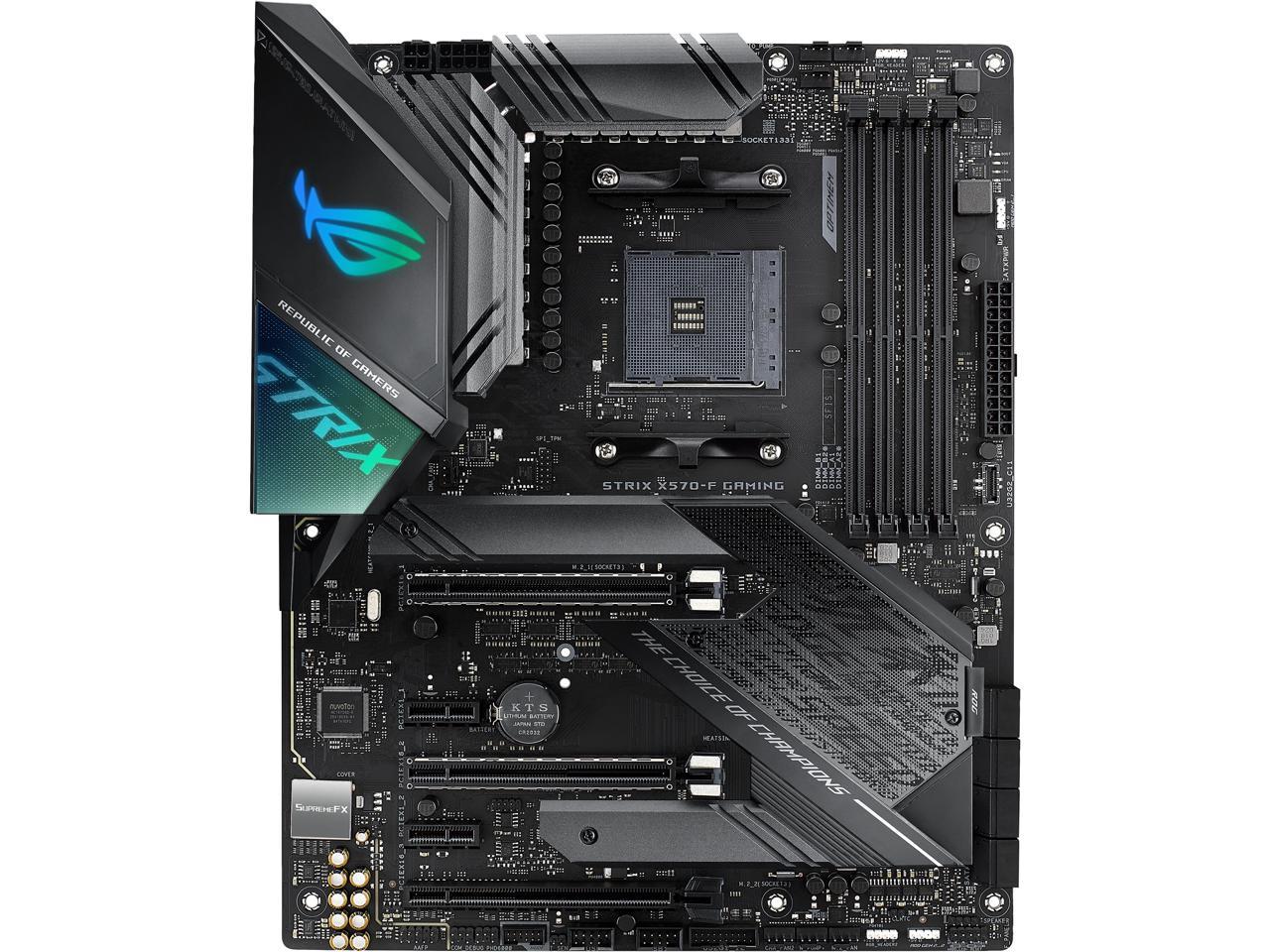 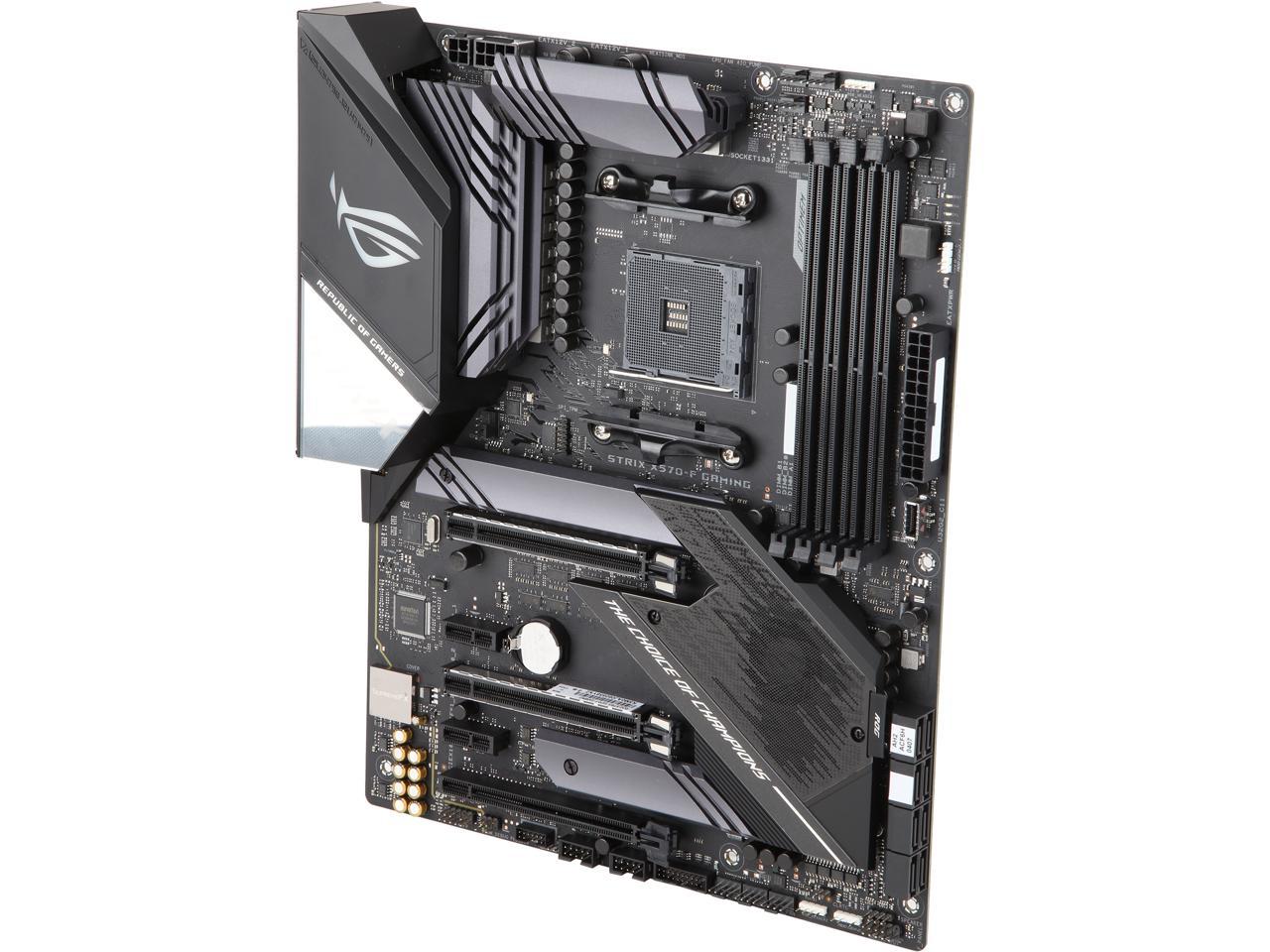 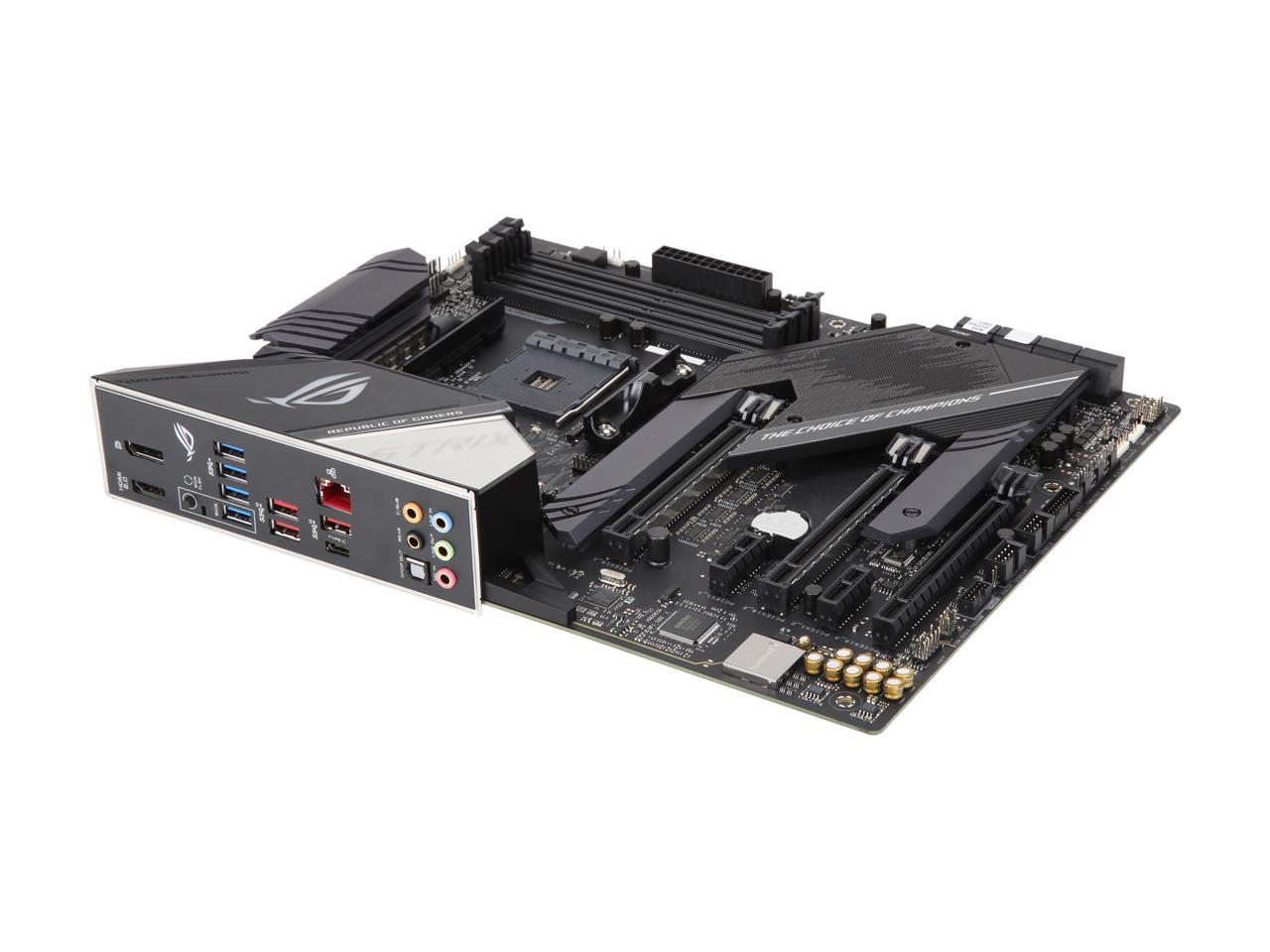 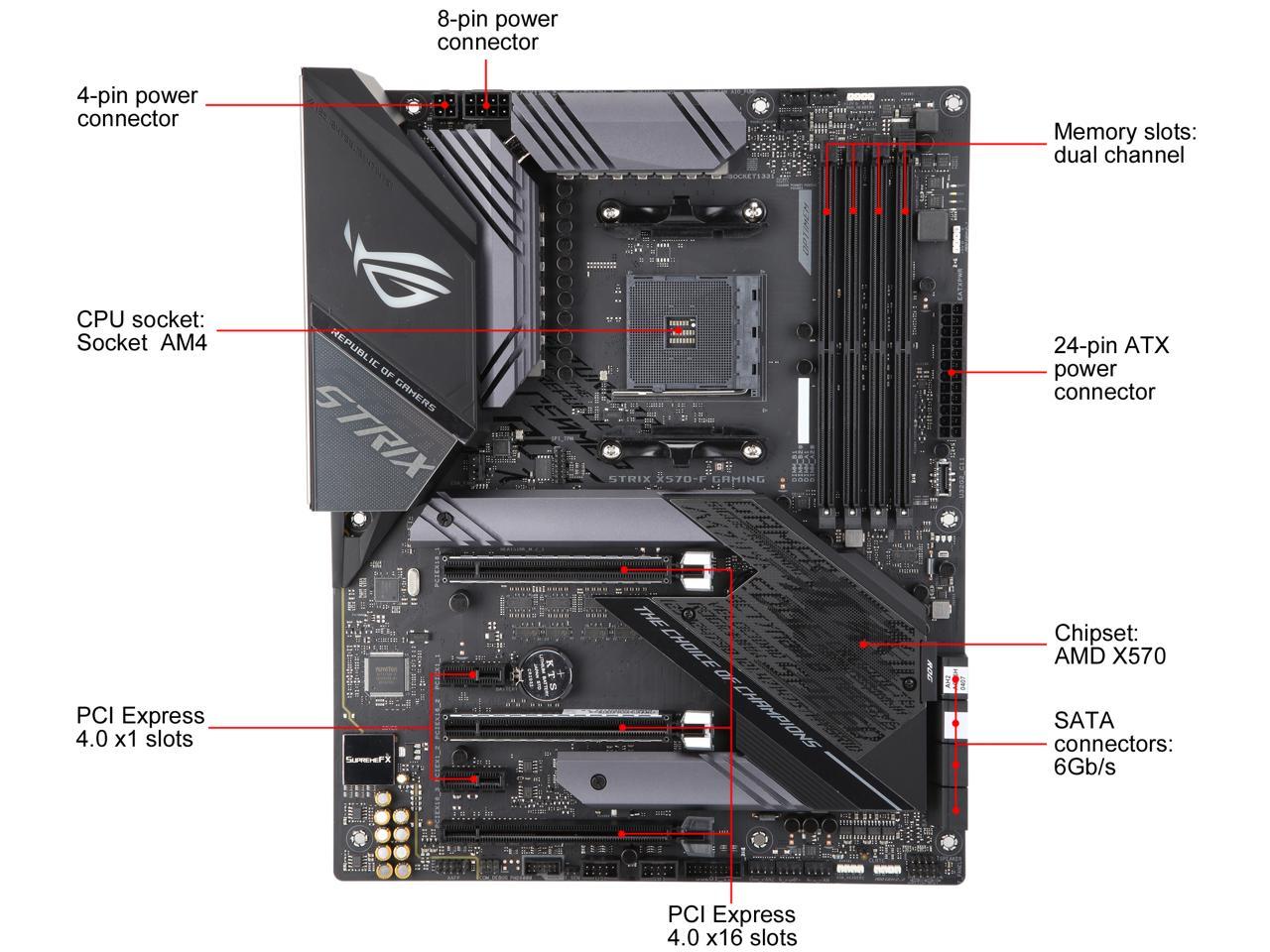 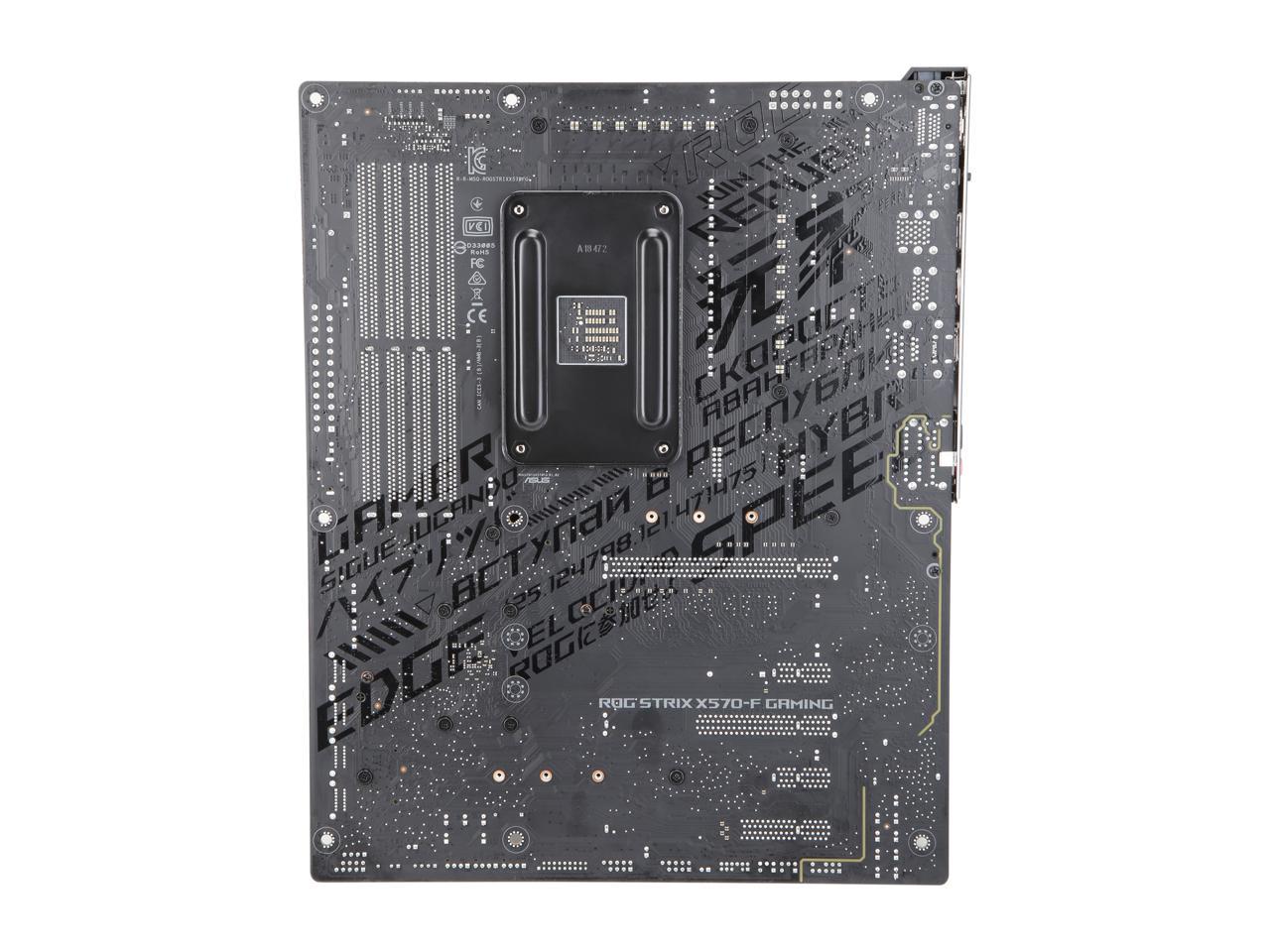 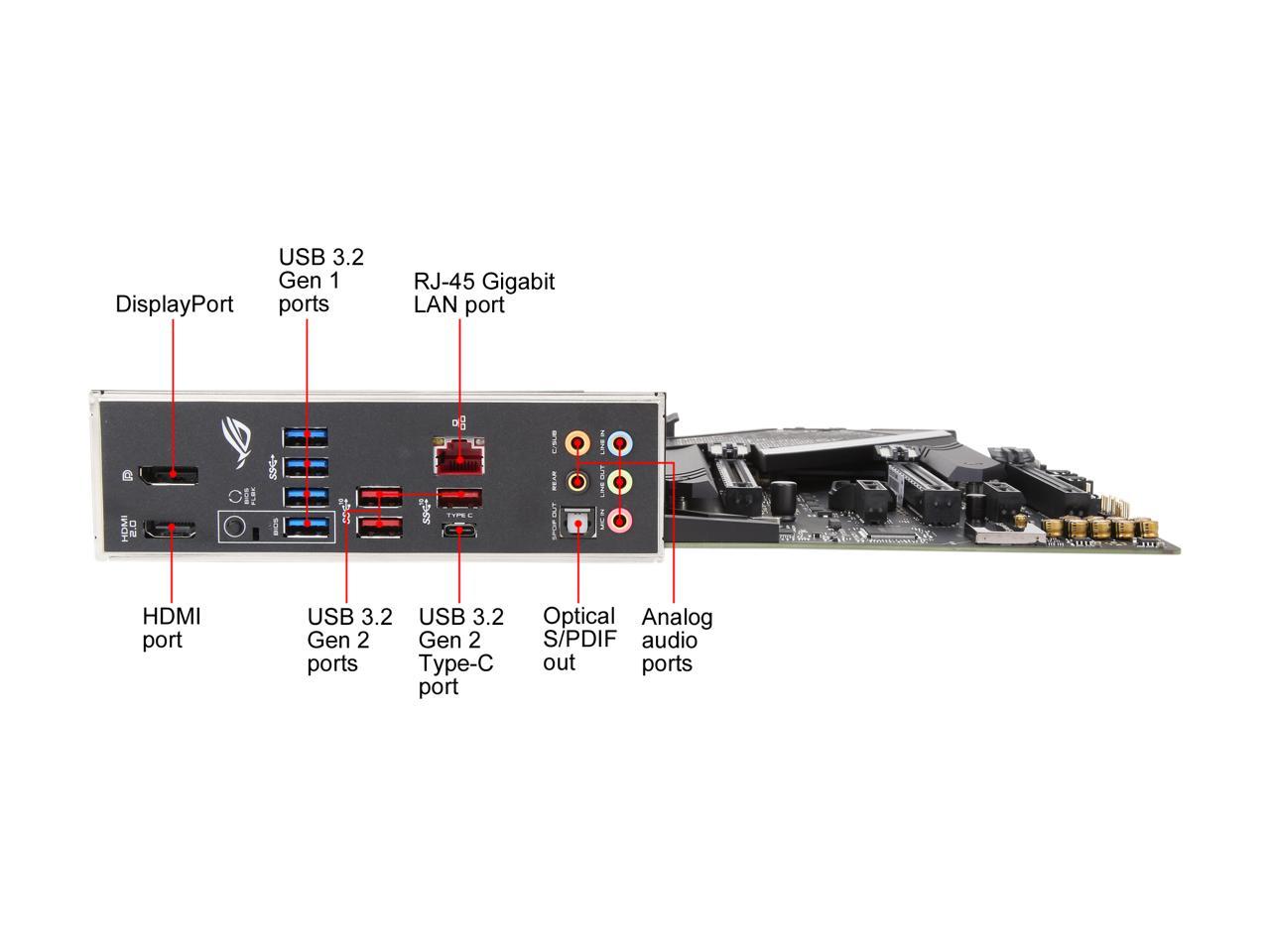 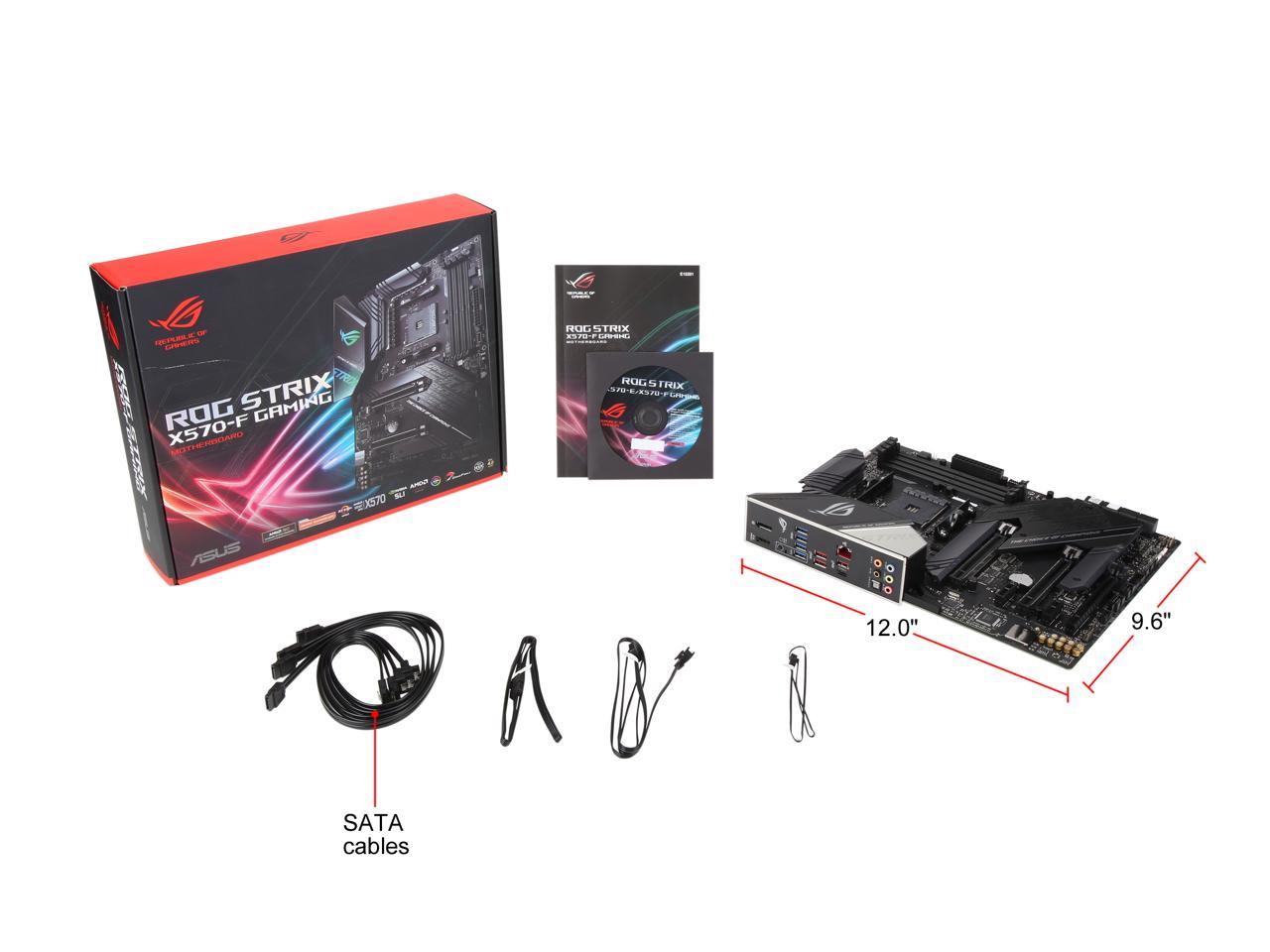 Pros: Had no problem whatsoever assembling this computer the motherboard performed well after I was finished my boot time to Windows was 21 seconds

Cons: I had no cons on this board

Overall Review: I would definitely recommend this motherboard to other people it was easy to set up everything was straightforward

Overall Review: I bought this motherboard to go with my eyzen 3700x i purchased a month after the cpus release. It worked fine until 2 weeks ago when my pc suddenly crashed. When i tried to power it back on, the mobo led indicated a dram error. After testing all of my ram one at a time, trying many other troubleshooting steps, i brought my computer to a local repair store who told the mobo was not detecting ram in any slot, even with their own ram. Not only that, but they had 5 other customers whose computer also had asus motherboard die on them. If you bought your asus board 2019 around june or july, it might be part of a bad batch that hasnt been recalled. As if that wasnt enough, asus rma application submitting page has a bug where it will not give you a rma number, claiming the serial number of your board was already rma.

5 out of 5 people found this review helpful. Did you?
Manufacturer Response:
Dear Valued Customer, I'm sorry to hear that your motherboard is no longer booting, and that you have been unable to get an RMA created. This is not a normal reflection of how our company handles customer service. Please reach out to me at cl-lane@asus.com and include case #N200794239 in your email for reference. I would be happy to get an RMA created for you so we can get the board repaired as soon as possible. ​Thank you for choosing ASUS! Best regards, Lane ASUS Customer Loyalty – US Support
Jason R.
Ownership: 1 week to 1 month
Verified Owner
What's not to love?5/22/2020 2:40:25 PM

Pros: This board has everything I could want. 2 Argb headers, front panel usb 3 type c...

Cons: Buying this during covid19 saw a price hike in the days before buying...

Overall Review: I mean, why spend more on the more expensive "E" model... This is the sweet spot! No issues when building or booting. Aura sync works like it is supposed to.

Pros: -Solid build quality. -Quiet chipset fan. -Well placed header connectors (a big problem on a lot of X570 boards.) -Has a USB-C header, which many even more expensive X570 boards are lacking. -Not the best BIOS design but solid and easy to work with. -RGB is minimal but well placed and has some neat effects (when it works.)

Cons: -Chipset fan has the ability to run at 0 RPM but literally never does (and I have a very good build for thermals.) -On-board sound chip is not properly shielded. If you use RGB RAM, expect random EMF coming through your headphones. -When you update the BIOS, you saved settings profiles are actually maintained. However, when I tried to apply one, the board failed to POST until I popped out the battery to clear the CMOS. -Armoury Crate software is garbage and randomly just refuses to work (more on that below.)

Overall Review: After going through two defective MSI X570 Gaming Pro Carbon units, I gave up on them and bought this instead. From a performance and general build quality perspective, I'm quite happy. However, I'm now faced with having to buy a sound card or external DAC because of the interference on the on-board sound chip. That doesn't happen often so it's not a big deal for now. My biggest gripe is with Armoury Crate, the software that controls the RGB, among other things. I don't know why none of the big motherboard manufacturers can't employ some decent programmers and QA people because ALL of their utilities are unreliable junk. Armoury Crate worked fine for about the first two months I had this board. Then, it took an update (which you can't decline since it's a Windows Store app) and all of a sudden, it can't see any AURA devices in my system any more. When the system is powered up, the RGB is stuck on one static colour, when it gets to Windows, it changes to another one but you can't adjust it at all. The software has had at least half a dozen component updates since then and it still doesn't work. The ROG forums are full of people with this complaint. If I try to install AURA Sync independently (which is available for this board), it just refuses to run. Asus support (which I have to admit, has come a long way in recent years) is trying to help but doesn't know what the problem is and doesn't seem willing to entertain the thought that maybe the software is to blame. I'm not prepared to reload my entire machine a second time just to fix this thing that will probably break again later. I'd sooner just turn off the board's RGB entirely and forget it. On top of that, I sleep my machine at night and Armoury Crate's service is randomly waking the system. It doesn't provide any functions that should require it to wake the system but it does anyway. I don't care that this isn't a "high-end" board, don't put RGB on your products if you can't write decent software to manage it. Overall, this is still a solid X570 board for those who don't want to pay ridiculously high prices for higher end boards full of features they don't need. Just know that you're likely to have frustrations with Armoury Crate and that you might either need a separate sound card or some ferrite cores on your headphones.

Overall Review: Board layout is ok, the position of the M.2 slots and how you access them could be made better. Had to remove my video card as well as the shroud that sits over top of the north bridge fan just to access the M.2 slots.

Cons: Never could get the onboard RGB to change from Rainbow with Armory Crate or Aura, even after several software and BIOS updates. The primary M.2 slot never worked.

Overall Review: Began warranty replacement, but Customer Service said I damaged it. The gold inlay they put on the PCIE latches was dimpled because I had to use an unsharpened pencil to reach it to remove my GPU. Not enough clearance with their layout to reach with my fingers. This somehow retroactively caused my Day One issues. I'll be going to MSI for my next motherboard. I can see why Asus is a premium brand, but after my experience with customer service (and the fact I would be without a motherboard until they fixed their defects), I'll look elsewhere.

Did you find this review helpful?
Manufacturer Response:
Dear Ryan A., I'm sorry to hear about the issues you had with the board, as well as your experience with ASUS Support. This is certainly not the kind of experience that we want any of our customers to have. Can you please send me your RMA number so that I can investigate this case? Based on your description of the board, that would not qualify as accidental damage. Please reach out to me at cl-lane@asus.com and include case #N2103003000 in your email for reference. Thank you for choosing ASUS! Best regards, Lane ASUS Customer Loyalty – US Support
Anonymous
Ownership: 1 month to 1 year
Verified Owner
Dead9/4/2020 11:32:34 AM

Overall Review: Worked great. Then started to get a led errors during startup. Then one day "When RAID configuration was built, ensure to set SATA Configuration to RAID mode. Press f1 to run setup" came up. Saw that could be from a bad battery so I replaced it and it didn't help. Now it will not boot at all!

Did you find this review helpful?
Manufacturer Response:
Dear Valued Customer, It's regrettable to hear you've encountered issues with your motherboard. If possible, please try clearing your CMOS by removing the disk-like while your system is unplugged. If the issues persist, feel free to contact me if you have any technical or general questions. You can reach me at cl-adrian@asus.com. Your case for reference is N200916922. Thank you for choosing ASUS! Best Regards, Adrian ASUS Customer Loyalty – US Support
James S.
Ownership: 1 week to 1 month
Verified Owner
Graet8/16/2020 8:27:03 AM

Pros: Has a relly good sound system . Big inprovement over cheaper 450 set up. Runs like a nice new watch