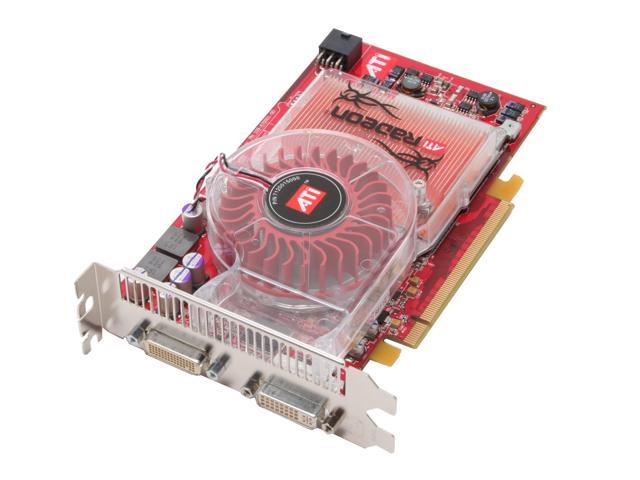 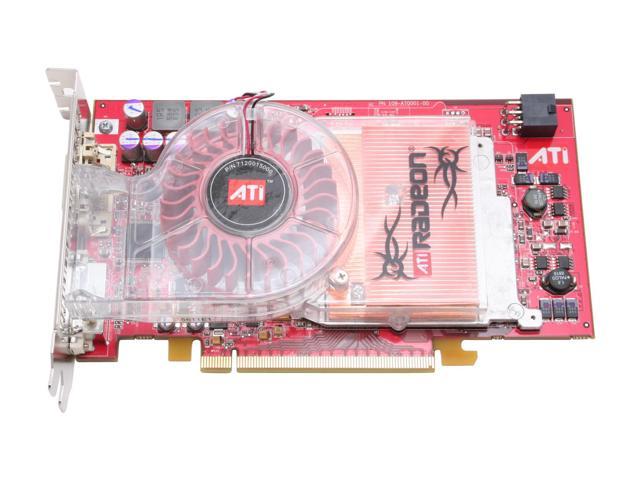 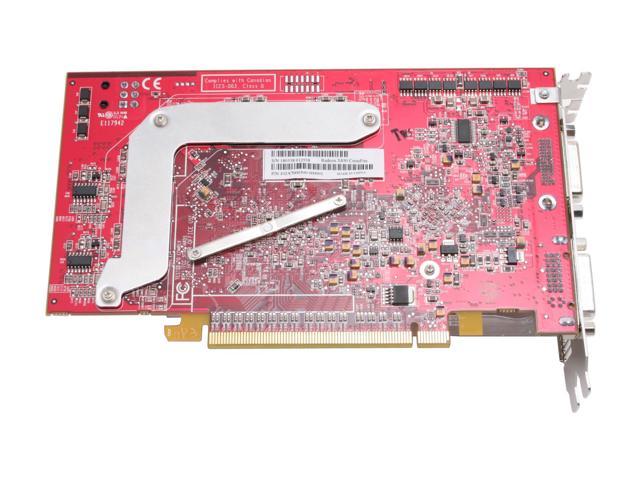 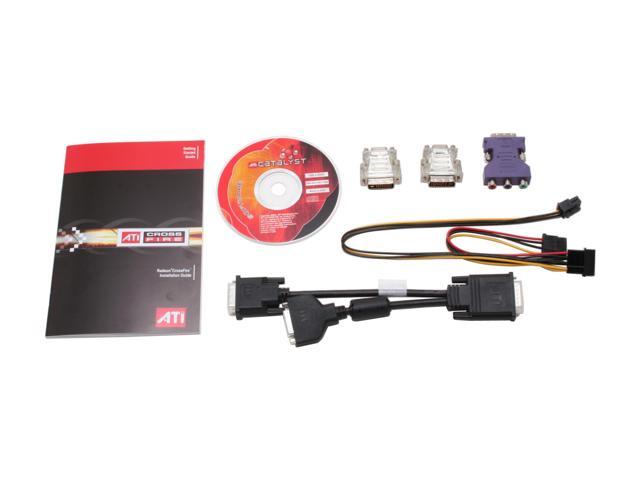 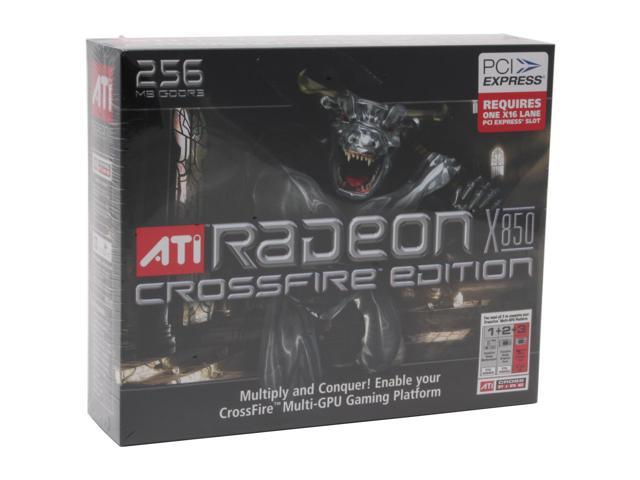 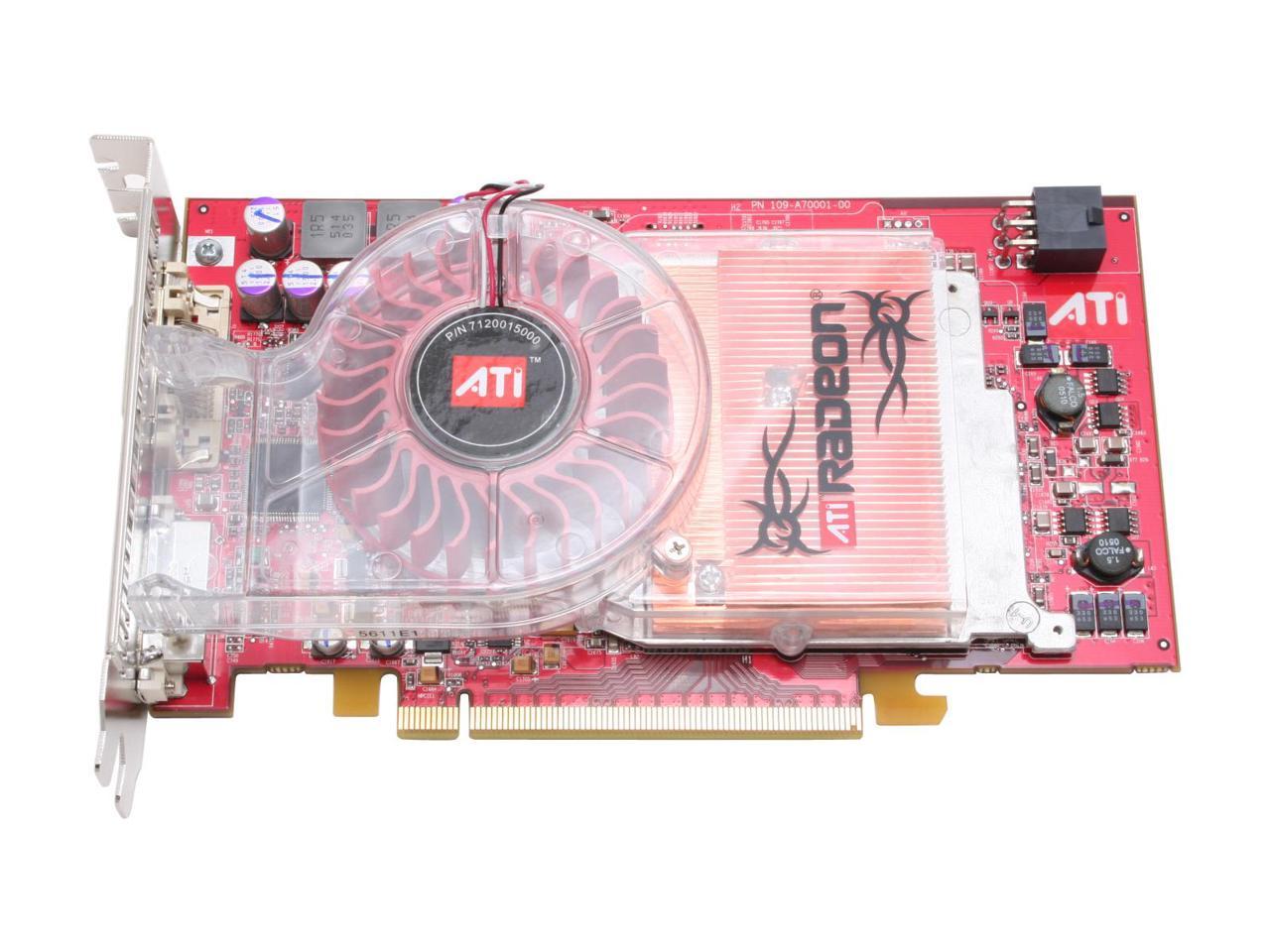 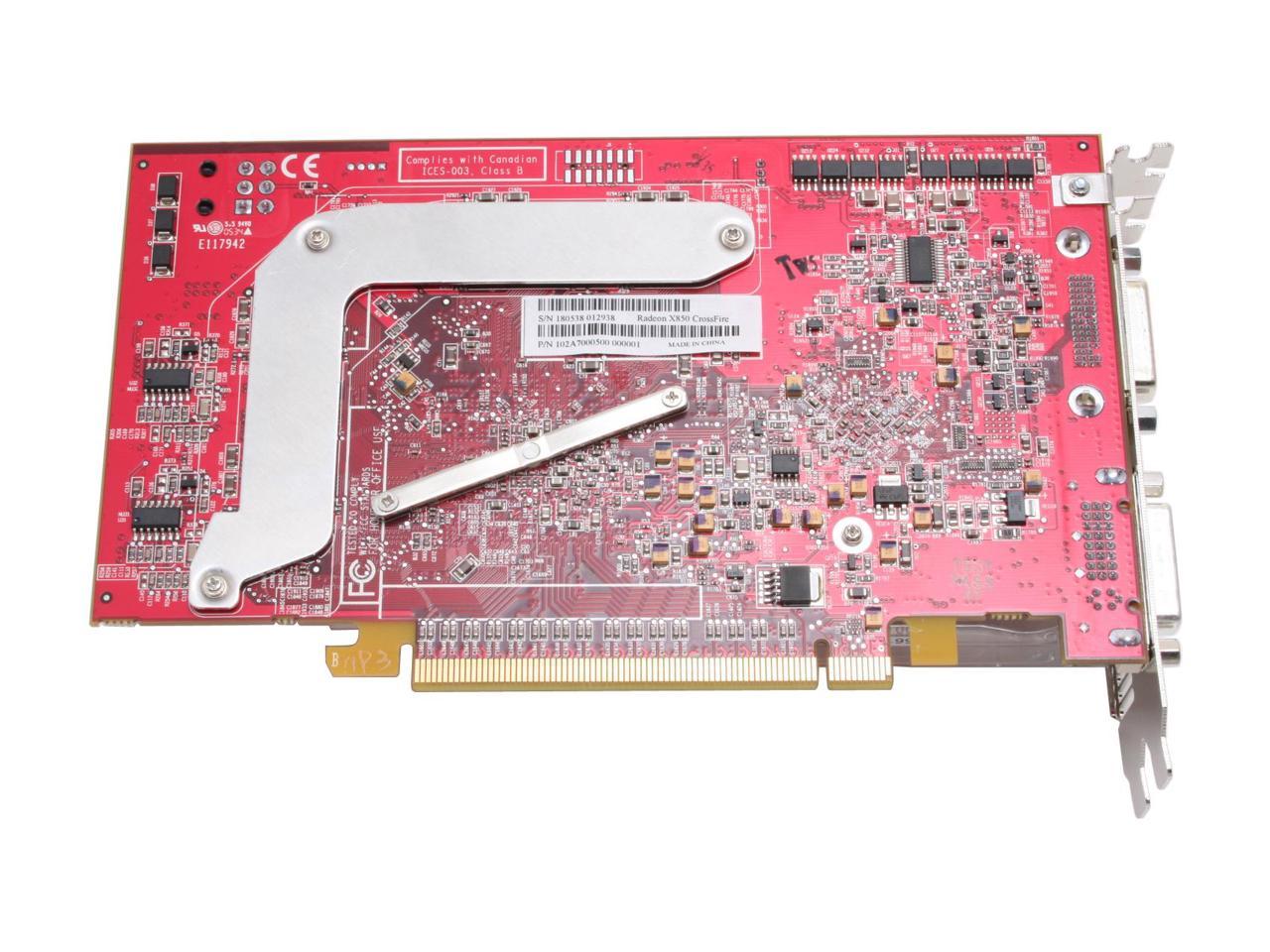 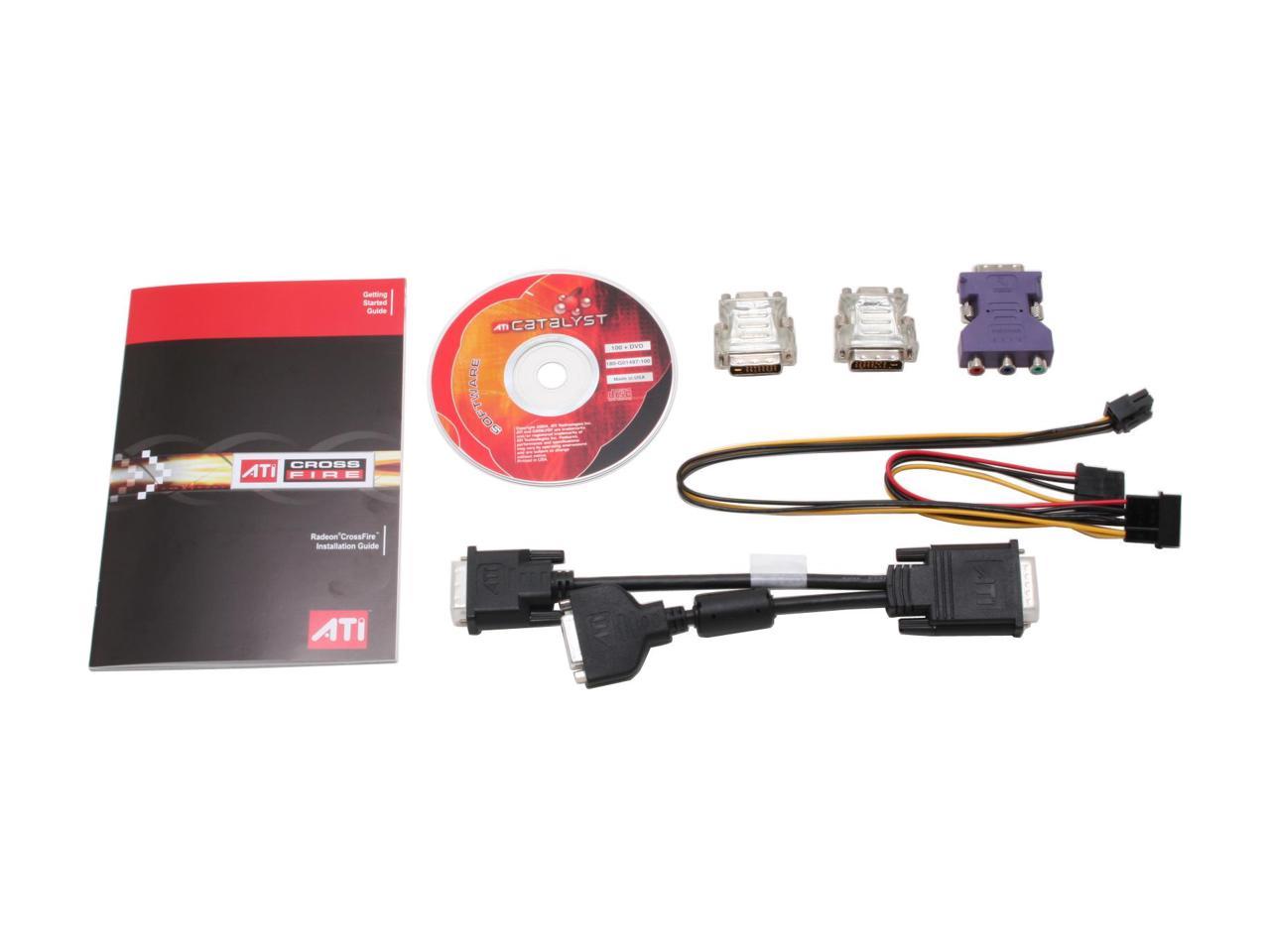 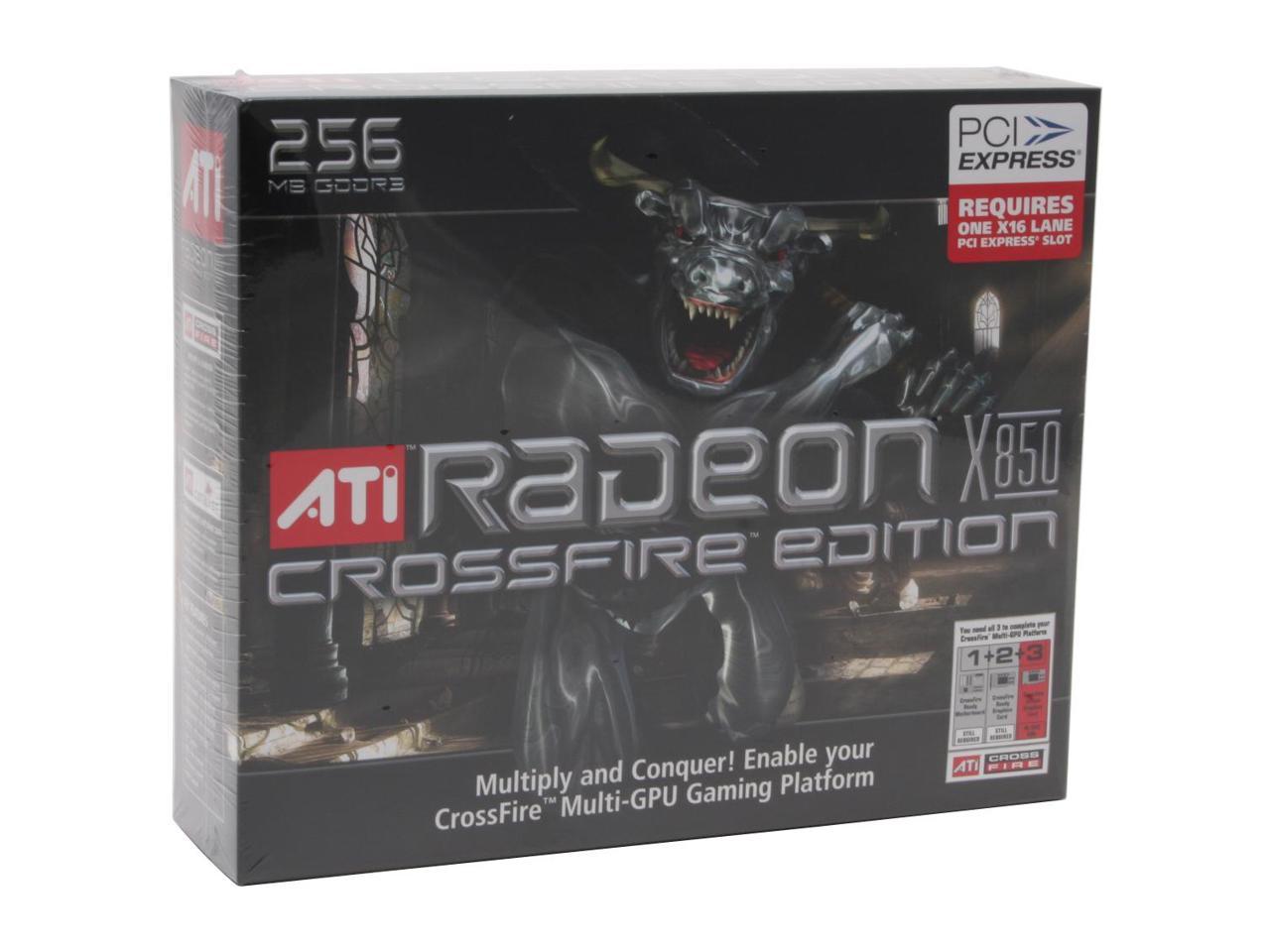 Comments: After setting this card in a crossfire setup on a DFI MB with an Asus X850PE card. The performance it's incredible and set up it's really easy, one advice the crossfire card goes on top and the main card on bottom pci xpress slots. With this setup you can play anything you want for the next five years. One little complaint about ATi, in their website they offer a $100.00 e-coupon discount mail to you on this card after you register the card. It's been more that four weeks and I haven't got anything.

Pros: very very nice runs very fast see no lag... built my computer for Doom and WoW... Doom i do see some lag.. some.. but i think once i have the second card it will go away... oh and some more RAM.

Cons: well it has a very nice big fan... and what does that mean? DUST im gonna have to clean mine pretty soon and i don't have cats or dogs... just dusty inside... sucks a lot of air through it.. but look at it this way.. it stays nice and cool... seen it get to abou 60c when playiong doom 3

Overall Review: i hear it is grea to overclock.. gonna go water cooling if i ramp it up because i think the cooler on it now is kinda maxed out when playing heavy games

Comments: Here it is.....possible good news for D955xbk fans IDF — ATI confirmed today at the Intel Developer Forum that they will be validating Intel's D955XBK motherboard for use with the CrossFire dual-graphics solution, and their presentation says that "ATI CrossFire on intel 955X platforms provide superior graphics performance." This is a big departure from NVIDIA's current practice, which effectively limits GeForce SLI configurations to NVIDIA's own nForce4 SLI chipsets. This development is also noteworthy because the Intel D995XBK motherboard is already selling in the market, and has been for some time now. This board will work with CrossFire without modifications to the motherboard design or to the chipset silicon. Only a BIOS update is required. In fact, there is a live demo of CrossFire running on the D955BK motherboard on the IDF show floor. The D955XBK motherboard features a pair of physical PCI Express x16 slots, but the PCI-E lane allocation is a little bit unique. Slot 1 has a full sixteen lanes of PCI-E connectivity attached directly to the chipset's north bridge. Slot 2, however, has only four PCI-E lanes, and those lanes come from the Intel ICH7 south bridge chip. Graphics data going to a card in slot 2 will have to pass across the chip-to-chip interconnect between the north bridge and south bridge, causing possible latency and bandwidth constraints. This arrangement is apparently good enough for ATI, despite NVIDIA's continued reluctance to give its blessing to what it considers less-than-optimal PCI Express configurations on third-party chipsets. I have the 955xbk, so I hope this turns out to be true.

Cons: Catalyst drivers don't work out of the box on the ASUS P5WD2 mob.

Overall Review: The Catalyst suite is a resource hog IMHO. I'm going to try just install the drivers and see if I can enable Crossfire thru that instead. I think on the ASUS mob the 2nd PCI slot is not running at x8 like the nVida cards. The Bios on the P5WD2 cards only gives 3 values, Auto, x2, and x4. I tried playing with those and it worked best when the Bios PCIe slot was set on Auto. Any thoughts from others using this setup would be of great interest to me. P4 560 3.6Ghz 1 Gig Corsair XMS2 6400 DDR2 ram 2 WD 74 Raptors RAID 0 1 X850XT Saffire & 1 Radeon X850 Crossfire Edition video cards Plextor 716SA DVD Drive TDK 4000B CDRW Drive

Comments: can u run pentium d with this thing or it will be same story as a sli

Comments: http://www.ati.com/technology/crossfire/faq.html To set the record straight about the motherboards, here's a excerpt from ATI's crossfire FAQ.. 5". What motherboard is required for a CrossFire system? A. Radeon Xpress 200 CrossFire Edition and Intel i955X based dual-slot motherboards are supported platforms." See