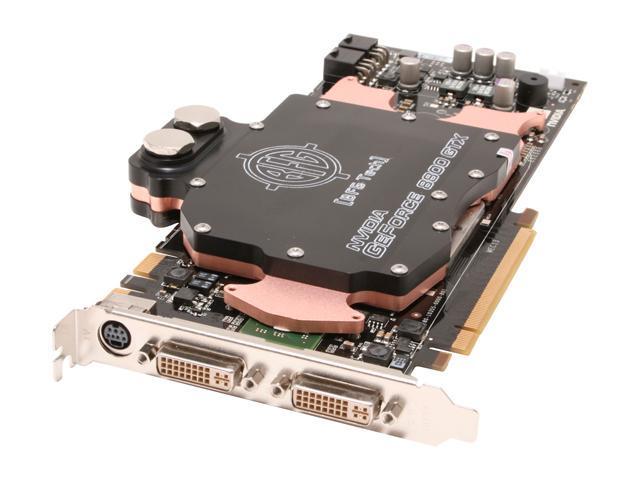 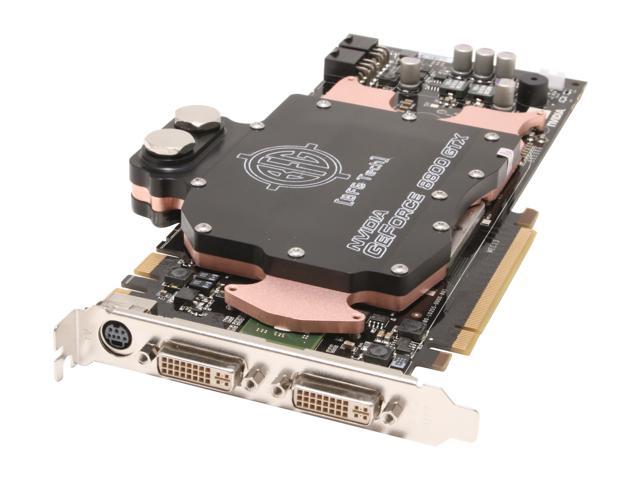 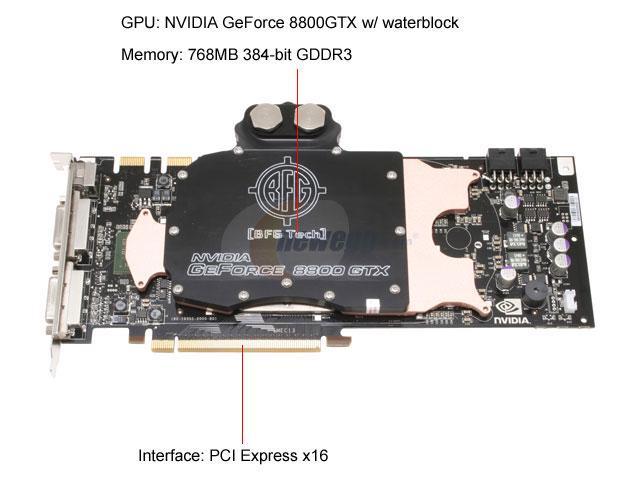 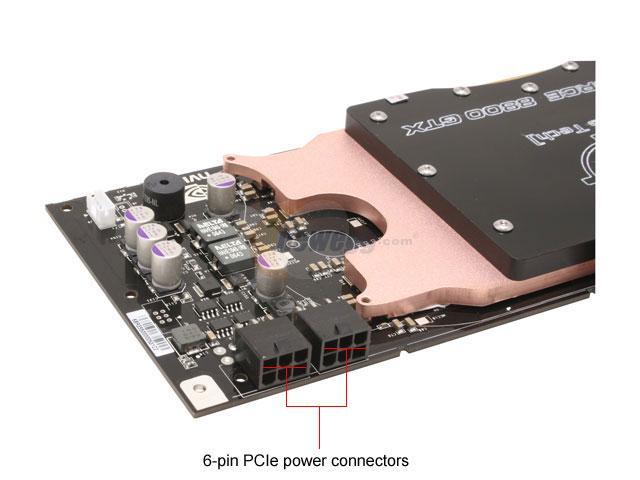 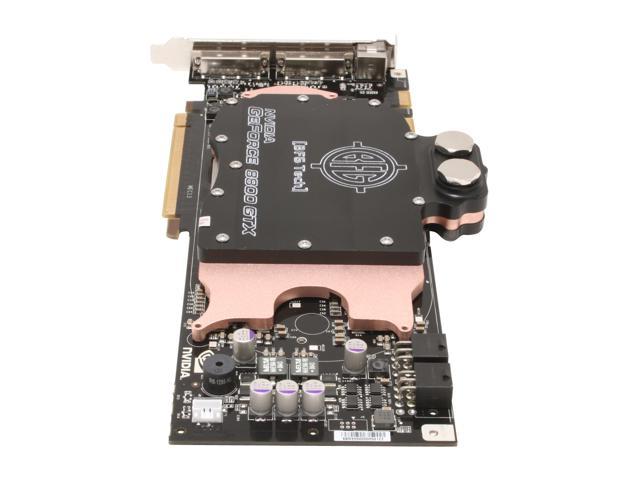 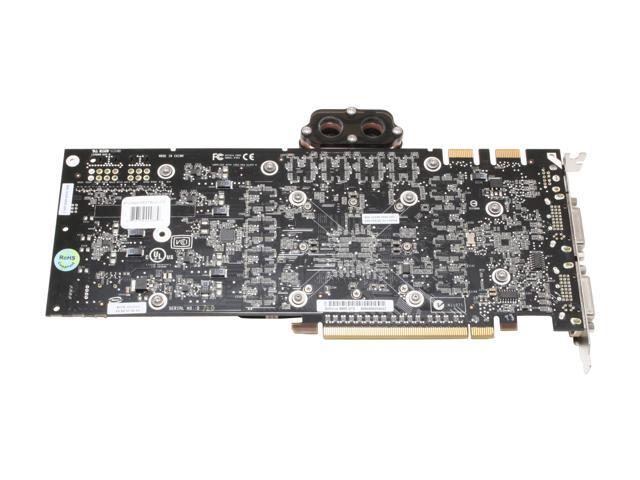 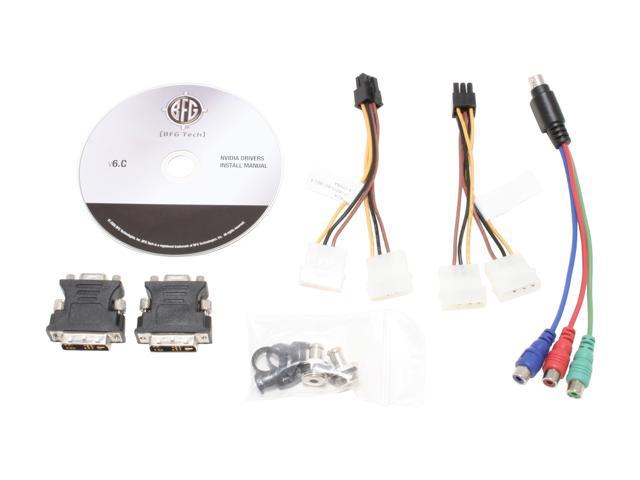 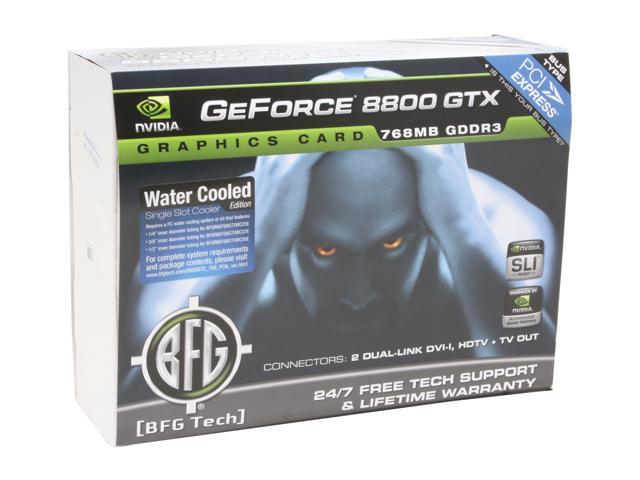 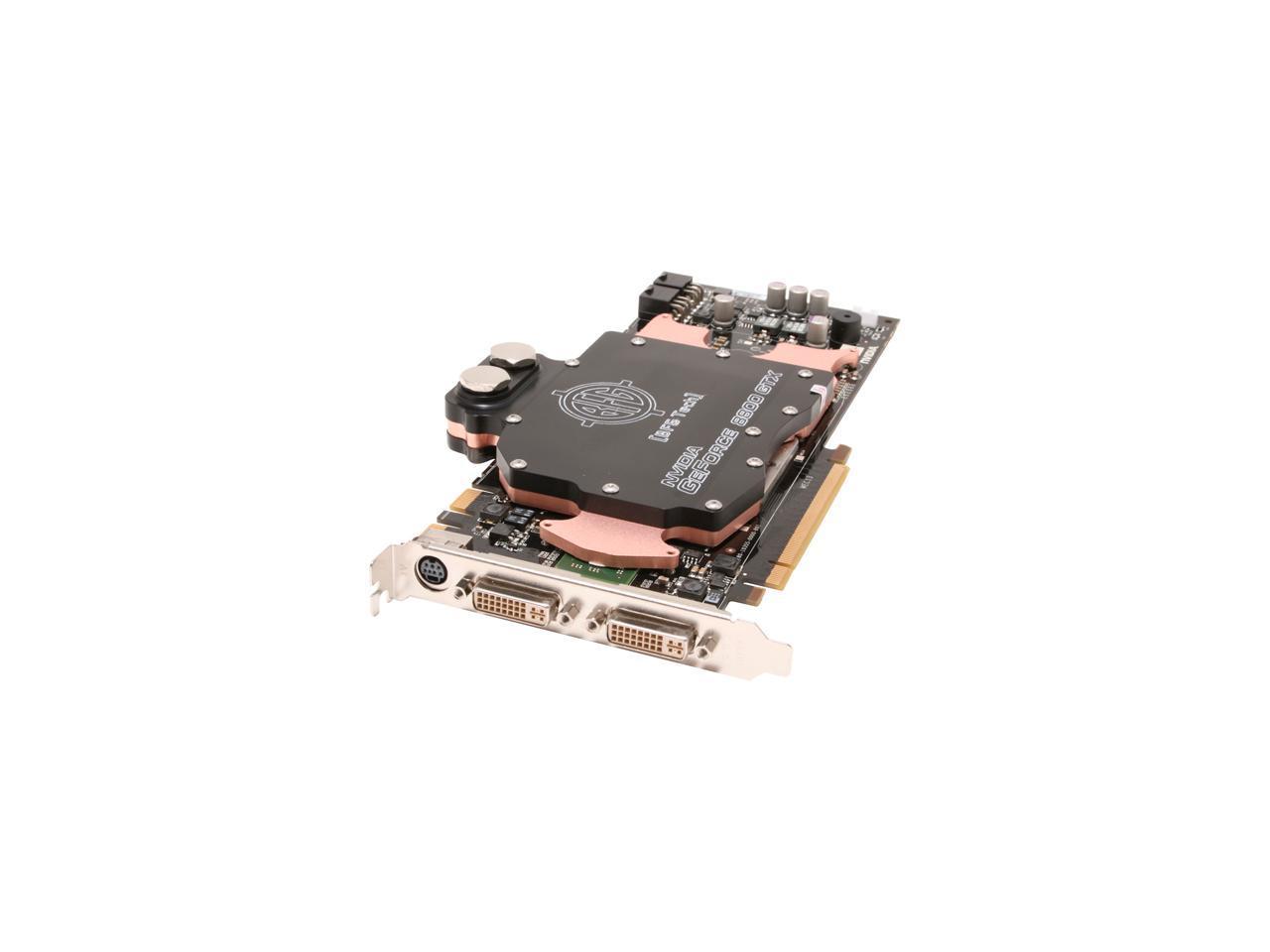 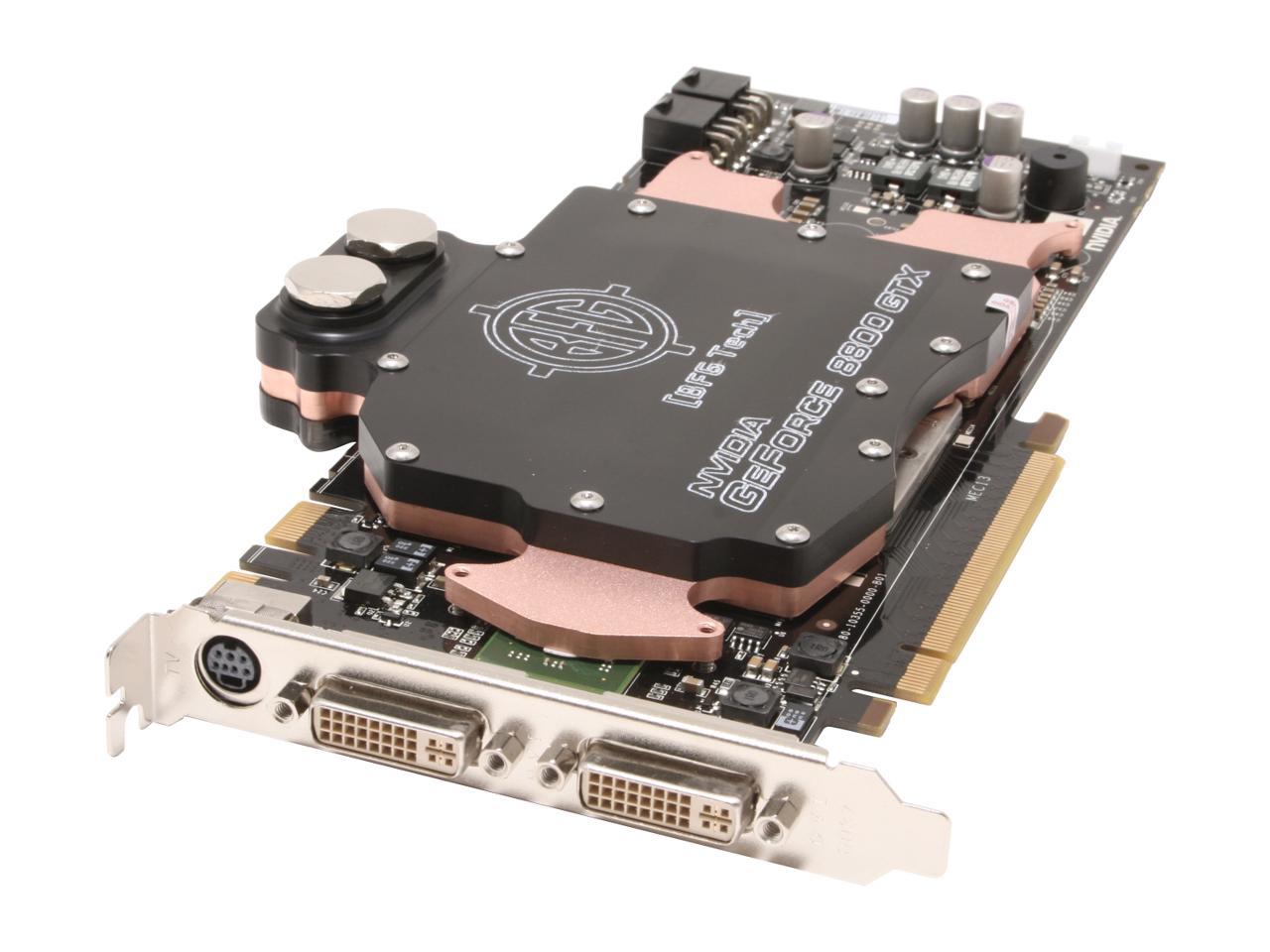 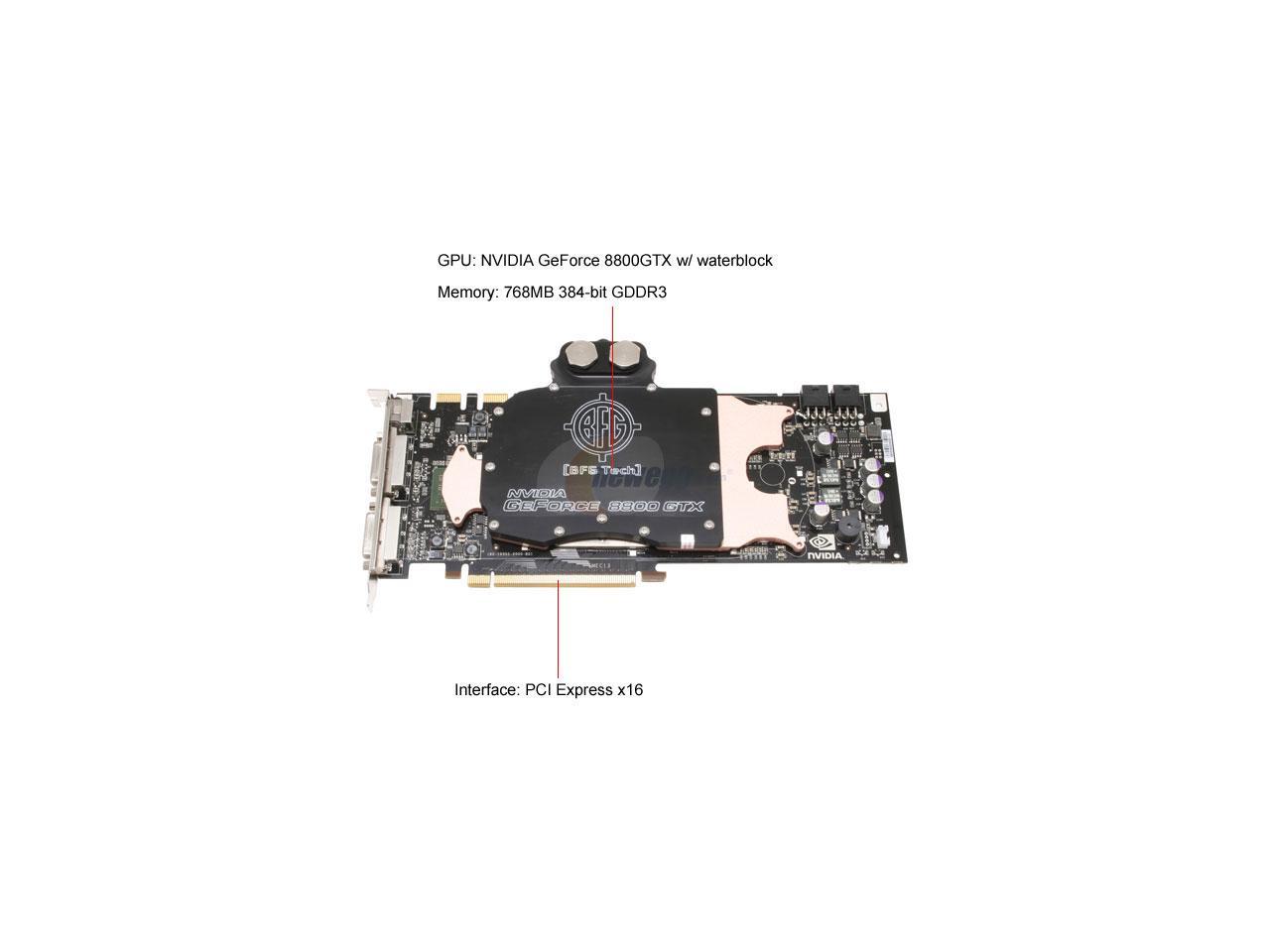 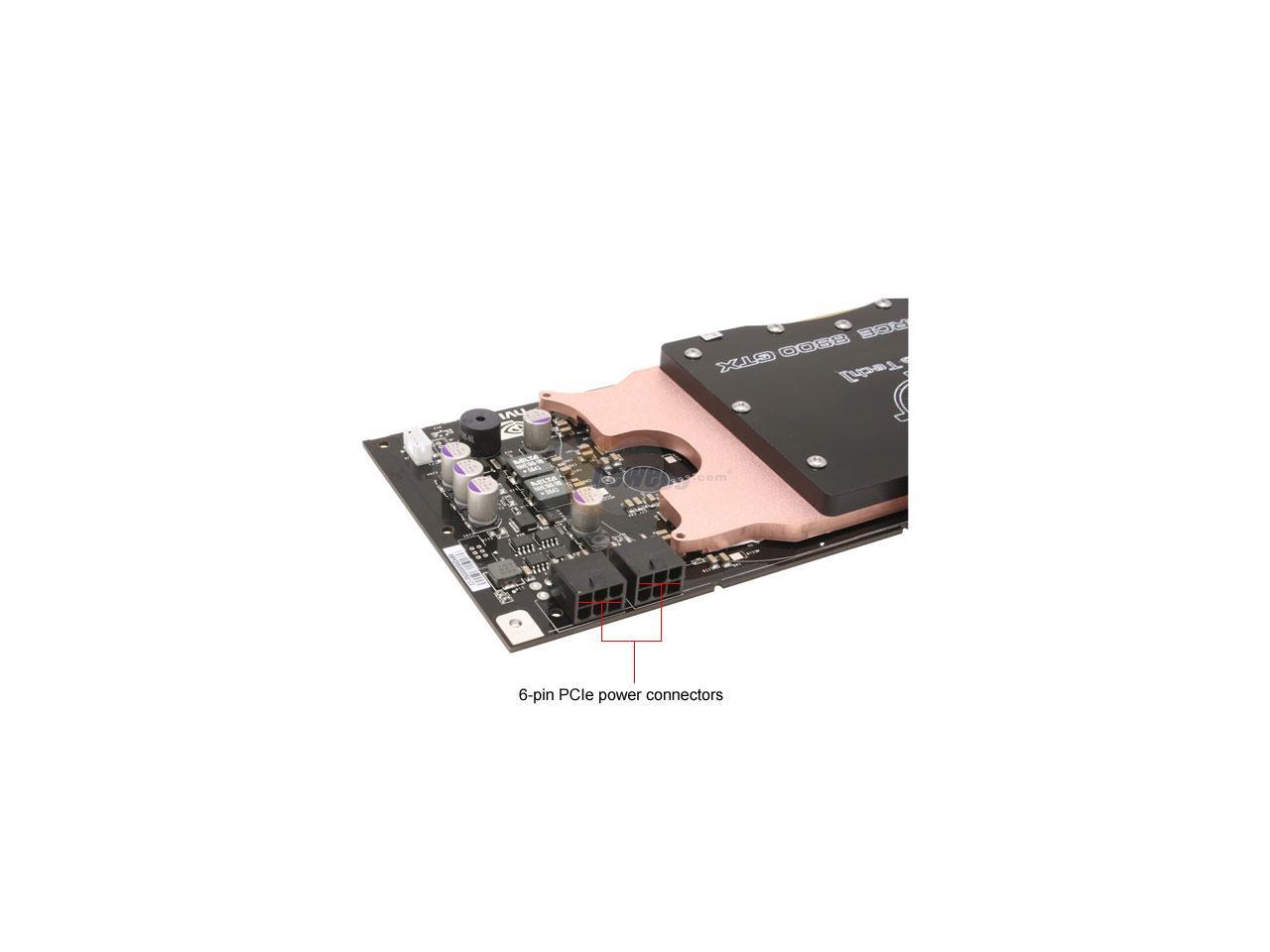 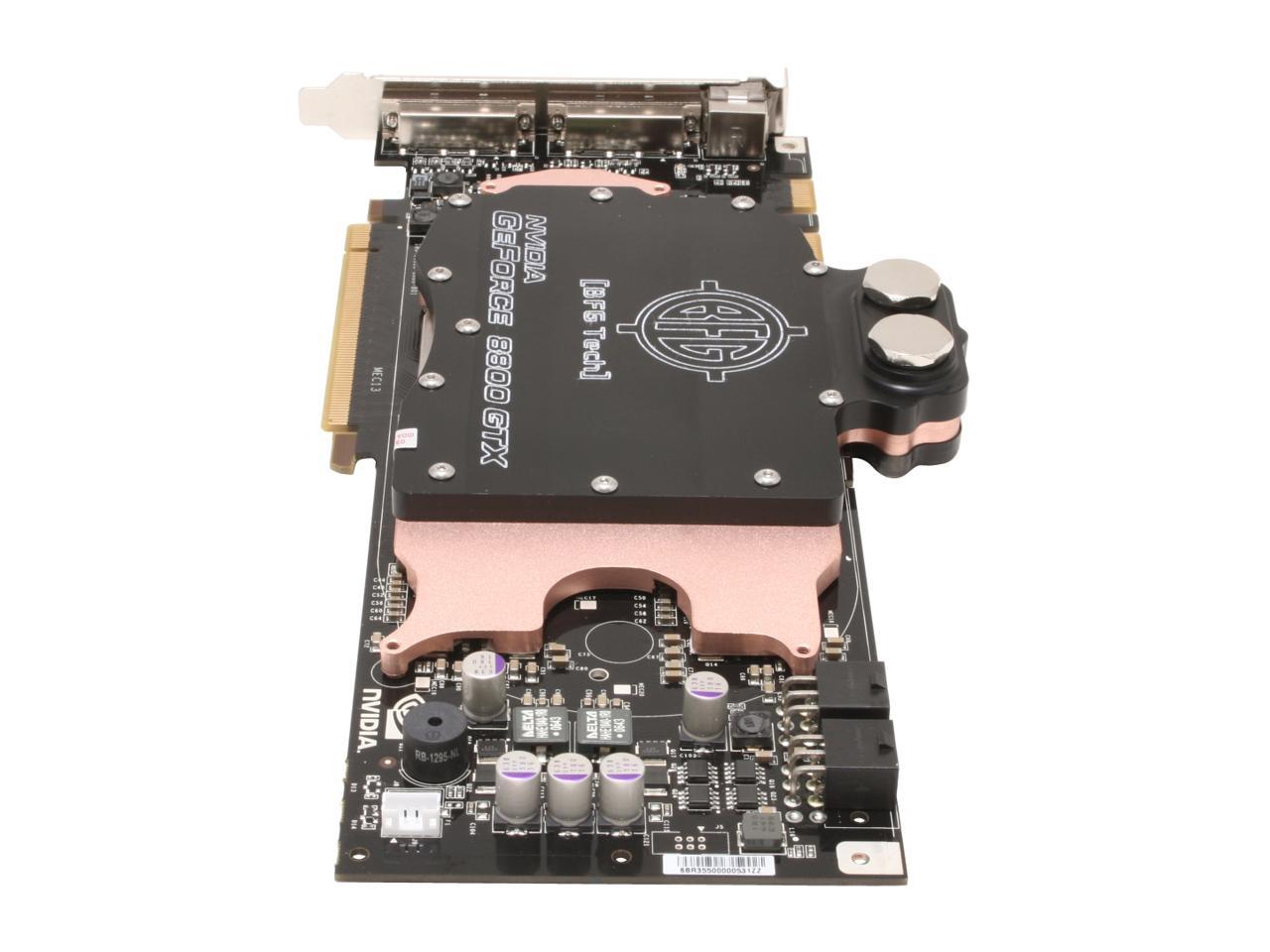 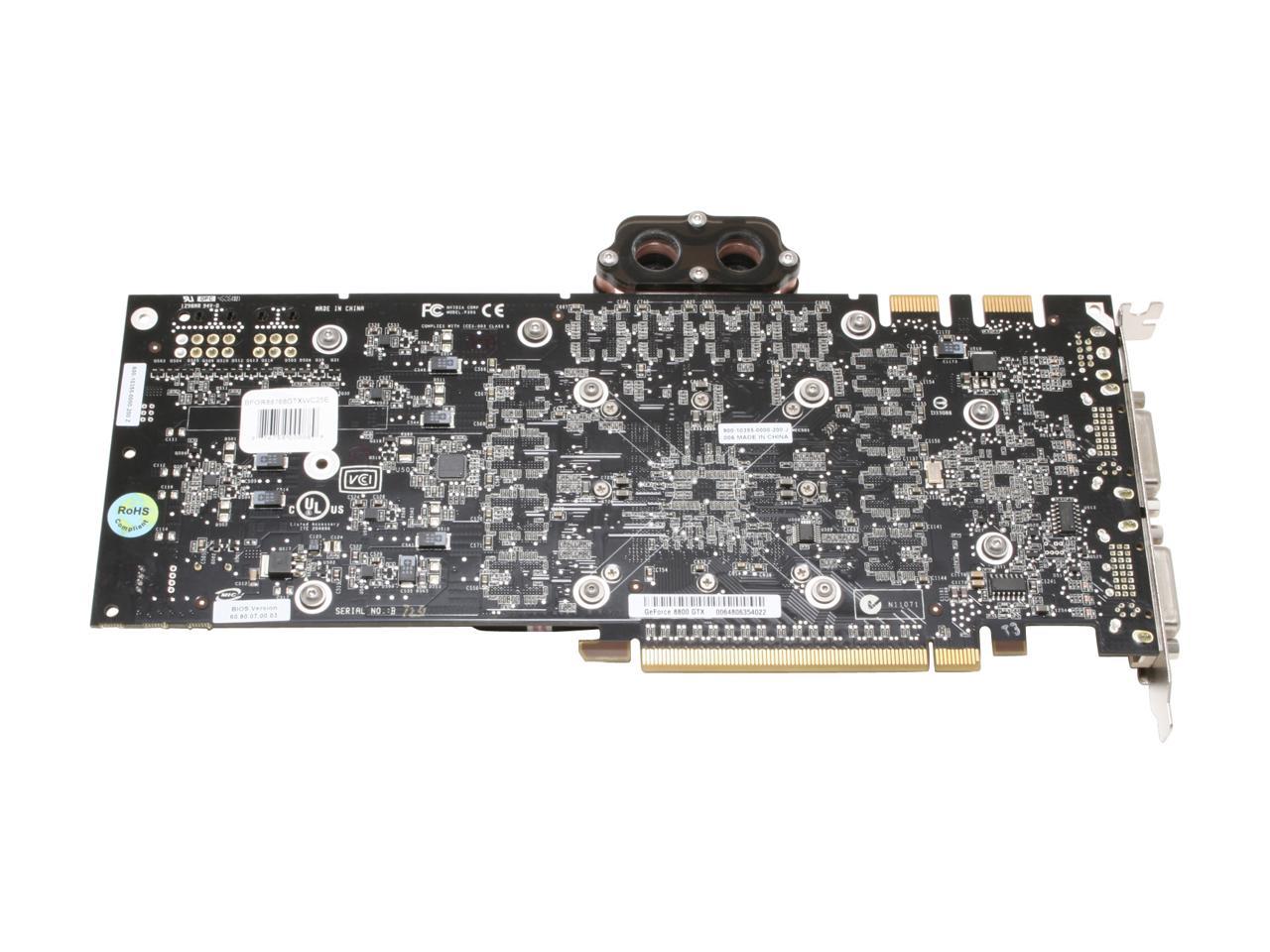 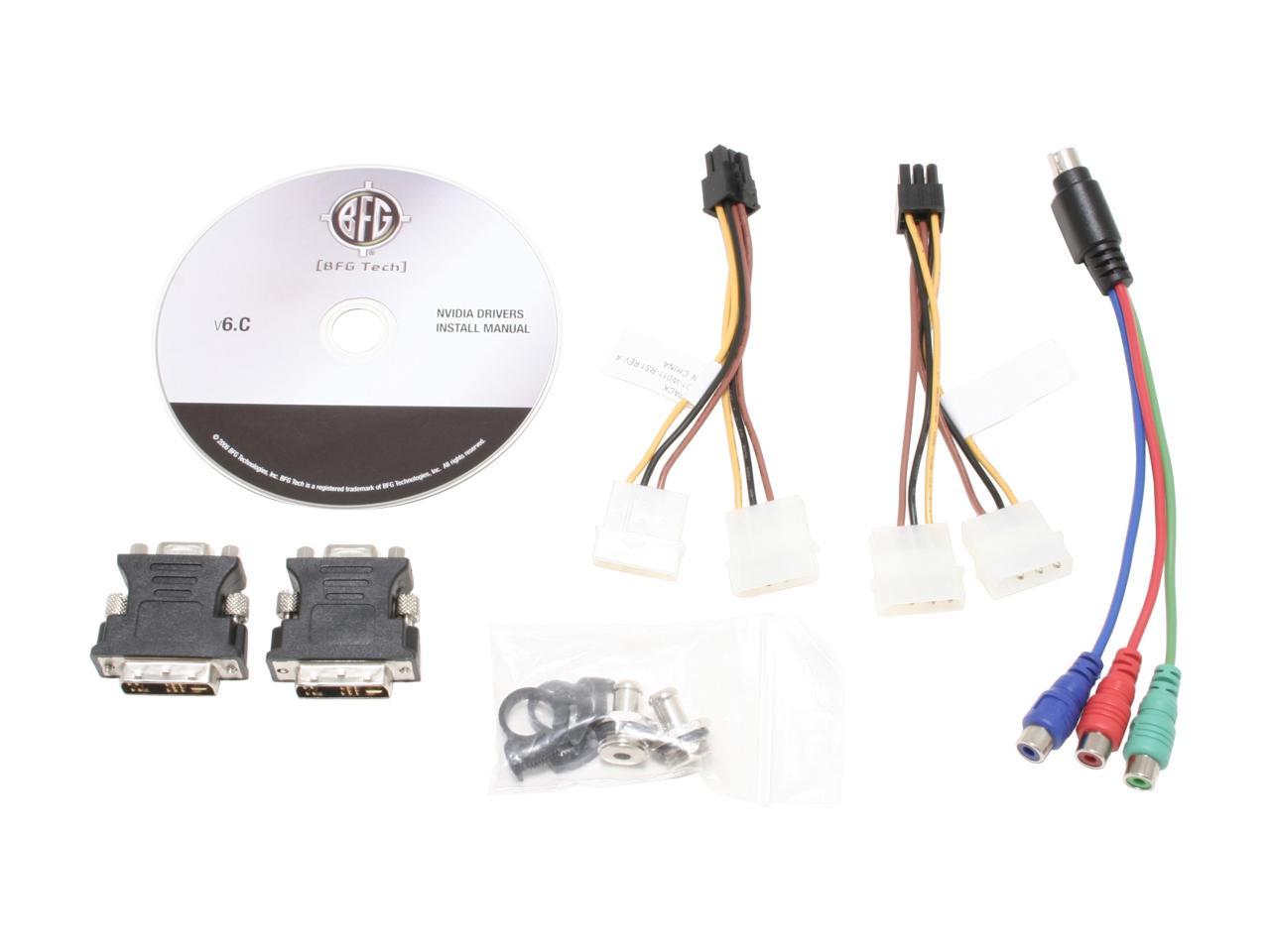 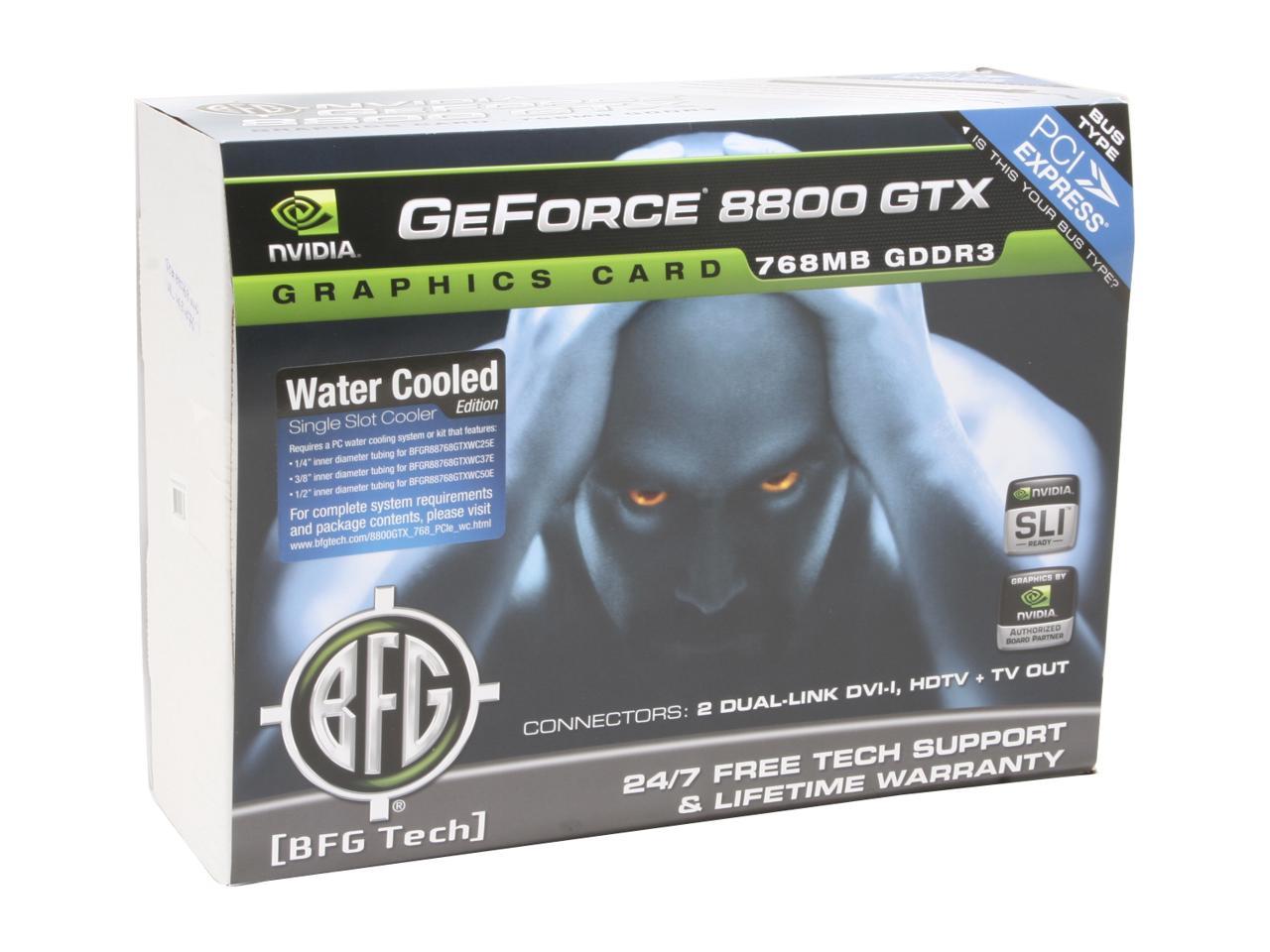 (5) Write a Review
OUT OF STOCK.
Overview
Specs
Reviews
Representing the absolute cutting edge in graphic technology, the BFG GeForce 8800 GTX (Water Cooled Edition) PCI-E graphic card is the stuff that the pros dream about. Meant for ultra high-end gaming systems, this high-performance gem features full DirectX 10 support and Shader Model 4.0 for the ultimate in graphic realism. 768 Megabytes of 384-bit GDDR3 onboard memory, and a revolutionary new NVIDIA unified architecture makes it almost twice as fast those that have gone before.
Tthis card zips along with a 575 MHz core clock speed, 1800 MHz memory clock speed, and 1350 MHz Shader clock speed, to provide an almost surreal gaming experience. The NVIDIA Quantum Effects Technology processes simulated physics right on the GPU and frees up the core CPU unit for superior gaming performance. The Lumenex Engine delivers stunning image quality at ultra-high frame rates.
The NVIDIA PureVideo Technology brings in true high-definition decoding to yield unparalleled and accurate video and color. The BFG 8800 GTX is SLI ready, so you can pair two BFG 8800 GTX GPUs in one gaming system and get earth-shattering performance! OpenGL 2.0 Optimizations and Support ensures that it works with a wide variety of OpenGL applications. Get your game on and do GTX!

Pros: One unit alone can't be touched performance wise by anything - even the latest SLI setups. Waterblock is very nice, does a great job cooling.

Cons: Absolutely enormous card- very seriously if you have any kind of case smaller then a Hummer it will not fit. Very expensive. And did I mention you need to purchase a small power substation to run one?

Overall Review: Best card out right now, kicks your wallet and power supply like a herd of rabid mules.

Overall Review: For those who don't know this is the model that has 1/4 inch inner diameter fittings on it.

Pros: Great card. I just got 2 of them running in SLI. I called up BFG regarding the size of the barbs. Mine did come with the 1/4s. They told me they are gonna be packaging all the sizes with the cards for now on. Then he offered to send me the the barb kits for free. WCE leaves room for me to use my extra PCI-e if need be on my EVGA 680i board.

Cons: Power Hungry - Over clocking doesn't do much for performance (if you are not a over clocker then this is not a con) Plus I see no need to OC these cards right now.

Overall Review: Yes yes yes, Newegg is great. Big props to BFG for sending the different size barbs to me for free.

Overall Review: it would be nice if the physical dimensions of the video cards were included in the specs too

Pros: best cooling design and function...this isn't a performance card it's deathblow card...stable if ran as a single unit...i own 8 of these

Overall Review: sometimes r&d design things to look fashionable but they forget about functionality...BFG really design one of the best cooling options i've seen or used...