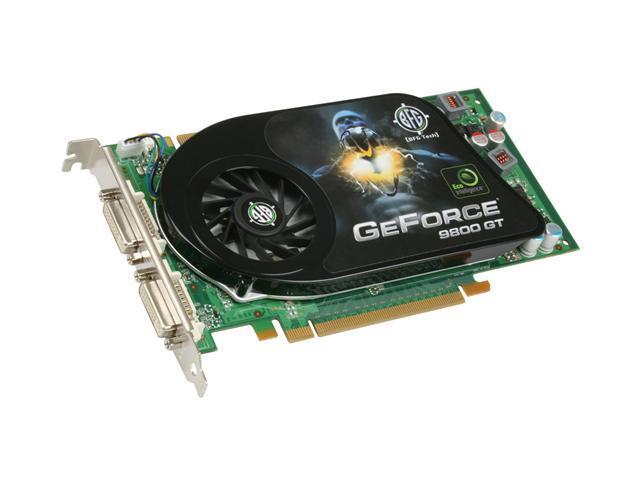 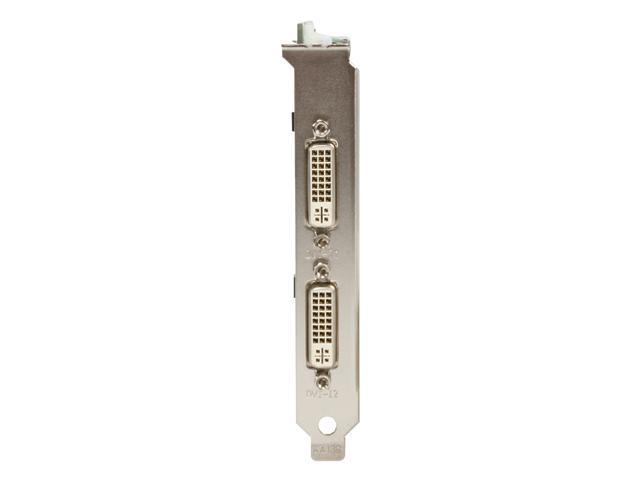 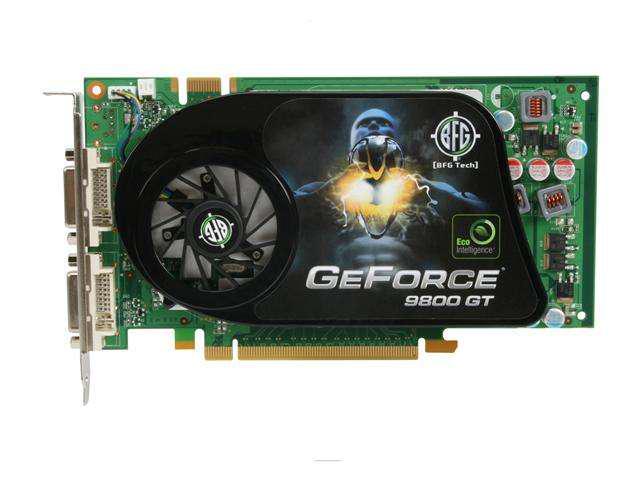 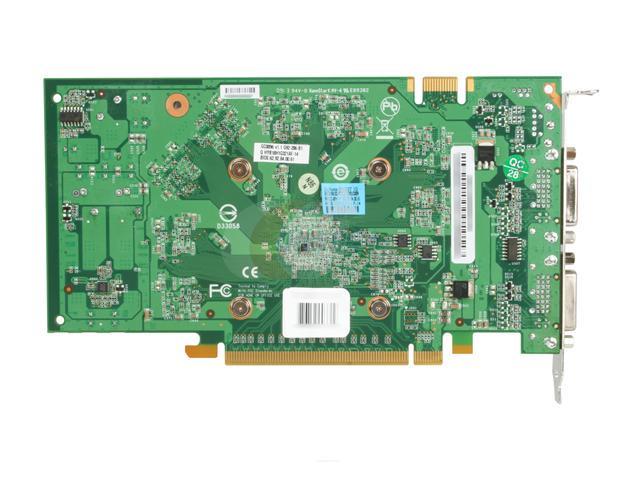 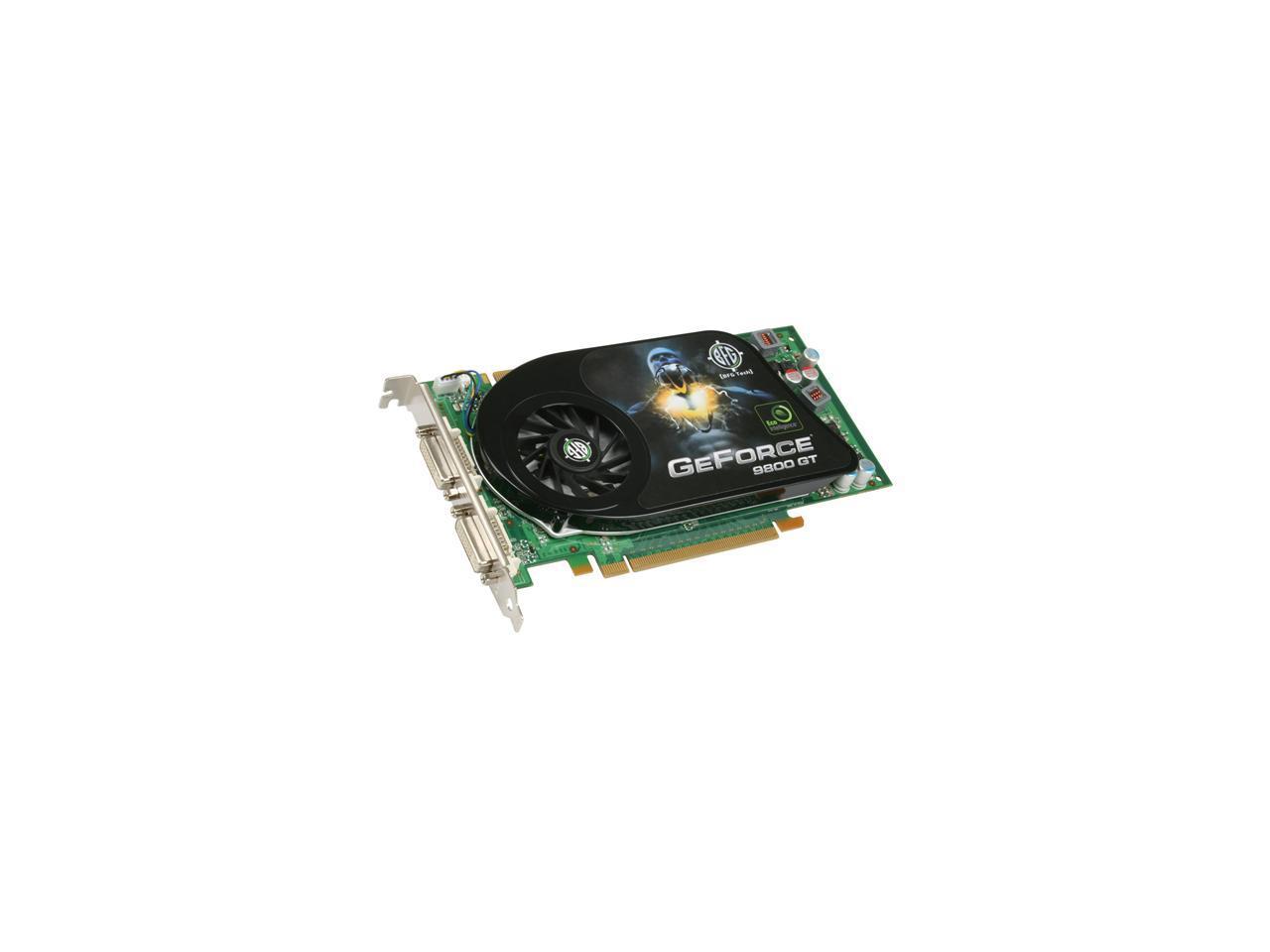 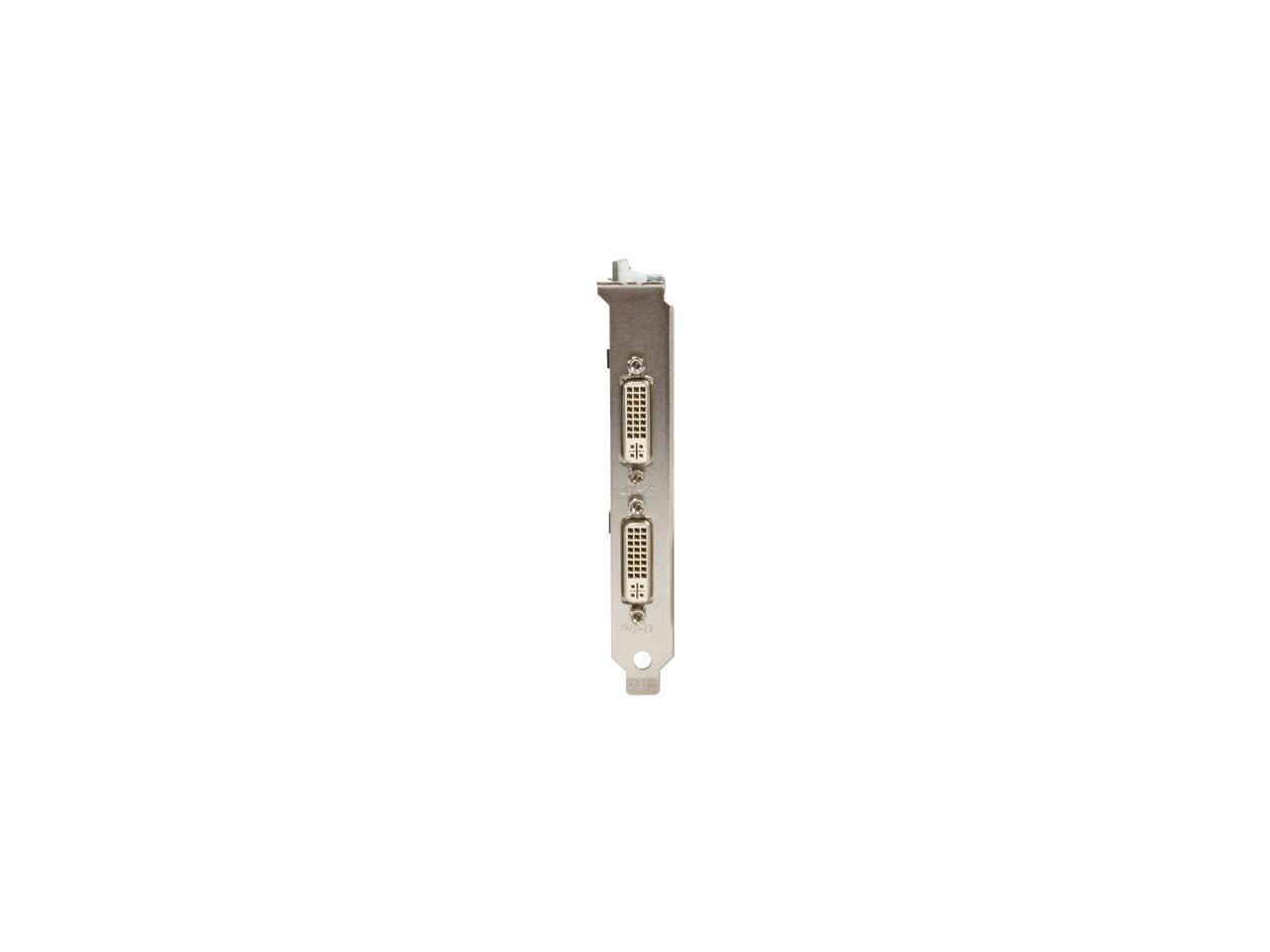 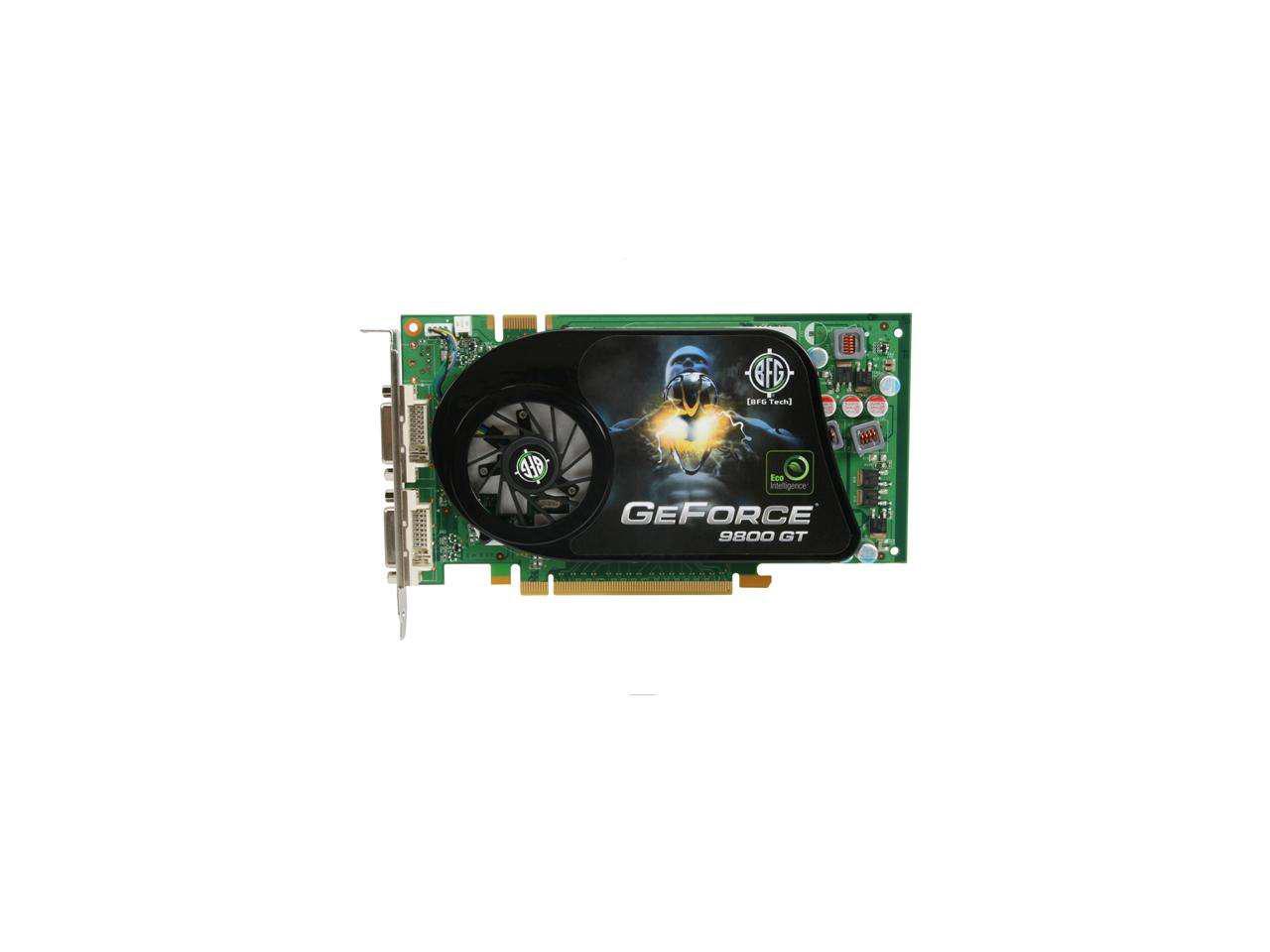 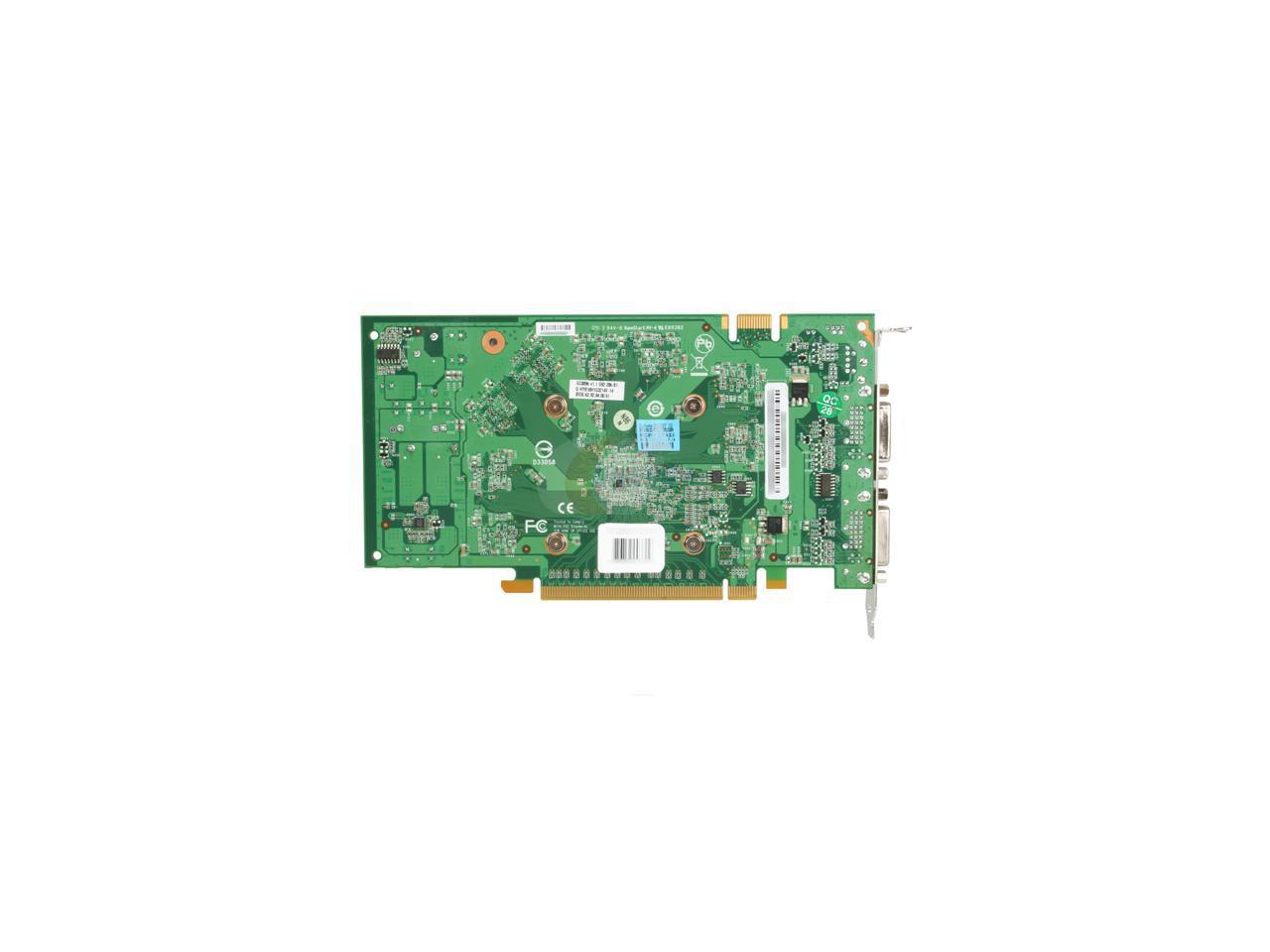 (42) Write a Review
OUT OF STOCK.
LOADING...
Specs
Reviews

Pros: Great graphics card that doesn't take up all the space, doesn't spike your power-bill, and doesn't get so hot that you won't need a space heater in your room. I used to have a Geforce FX5200...was required to use a program called oldBlivion to play Bethesda's Oblivion game, and would get around 15-20 FPS with greatly reduced, minimal graphics settings. I purchased and installed 4GB of memory (had 1.5 previously), and upgraded my graphics card and power supply. I then set all of the graphics settings to Ultra-High, maxed everything out. I haven't had below 43 FPS, and average about 60 FPS in towns and traveling around, forests, high-grass, fighting creatures. I haven't engaged anyone using magic yet with this setup, so I don't know what kind of FPS I would have then, but I don't think it will be an issue.

Pros: A lot of pros when you upgrade from an nvidia 8400. Increased my win 7 graphics rating from a 4 to a 6.8. Total is increased to a 5.9 because of hard drive speed. I play WoW and I used to only get 20 to 30 fps with a 24 inch monitor using a nvidia 8400 on low settings. With this card I get 40 - 60 fps in raids/instances all on high settings with a 24 inch monitor. In Dal I get 20- 30 fps on high settings on medium to low in dal I can get up to 60 fps. So far this card rocks and not too expensive. Works with Windows 7 64 bit if you are worried about that. I have a 460 power supply so good on the requirement. I heard you can get away with a 350 watt power supply but just to be safe get atleast a 400 watt. If you are cheap like me and want to upgrade from a 8 series get this card.

Cons: When I play WoW I can hear the graphics fan and its noticable when you play games. But its not too loud to annoy you. Just turn volume up :). When you are not playing games then you can't hear the card its quite.

Pros: because I read a lot of these reviews when I was trying to make the decision, and there was a lot of negative feedback. So I was pretty happy to plug it in and have it work and see a considerable improvement in my graphics. I ran LotRO on "Ultra High" graphics settings, and it was a lot less noisy than my old card. It used to sounds like a helicopter landing in my living room, but now all I hear is the hum of my monitor. Obviously, this is not the best card out there in this price bracket, but I did not want to upgrade my psu. So far I am happy with this purchase and would recommend this product.

Overall Review: I play a lot of MMORPGs. WoW briefly, but mostly FFXI and LotRO. My old 6600 gt was barely good enough for those games. I was chosen to alpha test FFXIV based on my cpu specs, I presume, because my graphics card could not handle it (and I didn't lie on my application). So I decided to upgrade in anticipation for the upcoming beta test.

Pros: Great price... I gt this card for $84.99 on a recent 24hr deal plus there's a $10MIR so the 'effective' price paid would be $74.99.... :) Being a green ECO card doesn't hurt either. Card is letting me max all settings on WoW and Mass Effect 2 at 1680x1050 w/40+ FPS resolution so at this point with no cons other then a tolerable thermal issue, I can only say to the people who say it's underpowered that either their system is too low to handle it or they have no idea what they're talking about.

Cons: Run's warm... REAL warm when in use but still within Nvidia spec for the thermal range on this card. It makes the fan run a little loud but it's still tolerable even at 100% RPM's

Overall Review: May try switching the preapplied thermal paste for Arctic Silver 5 only to see if the card runs cooler... I am using an E6500 dual core OC'd to 3.6GHz w/ 4GB DDR3 PC1333 memory on an ASROCK P45TS-R Mobo with a OCZ 500 Watt PS. This is certainly not a top end system and the lack of a 6 pin Power lead is not an issue for this card or it's stability.

Cons: I did not know at time of purchase, whether or not my fault, that these were energy saver cards (no PCI-E Plug in). This being the case they will run at a much slower speed unless specifically told by the NVIDIA Control Panel for that program to run in 'Prefer Maximum Performance' Also with that done, I still noticed worse performance than my old cards initially, so I downloaded the NVIDIA system monitor, and noticed the Core Clock, and Shader Clock, by default were running lower than the advertised settings! 550 core, 1350 shader, compared to the advertised 600 core, 1500 shader, I then proceeded to download the NVIDIA Performance Tool, it allowed me not only to set the clock speeds at the proper setting, but I was also able to turn up the fan speeds manually, and make them howl! -- All in all a hassle, but worth the trouble IMO.

Overall Review: I run a Phenom II x4 3ghz, 4gb DDR2 RAM, Windows 7 Prof, if you're wondering what I run with the 2x 9800 GT's. As others have said, probably the best Budget Gamers card out there, if your willing to do a little extra.

Pros: Easy installation, drivers updated themselves, can now run most games on maximum settings (Vista 32, AMD Phenom quad core 2.2gz with 3GB Memory and Killer K1) quite an update from my old 8500 with 256 mem. Also does not need additional power plugged into it.

Cons: Runs a bit warmer than the 8500 in my HP case, I plan on adding a better case fan to solve it.

Overall Review: Buy this card if you want a good mid-level card at a fair price.

Pros: Very efficient card. My Dell XPS power supply is only 375 so I was limited on the video card I could get but thanks to BFG for putting out a very high quality and efficient card. Upgraded my card for Champions Online and it plays the game on max settings no problem

Cons: none at this point

Cons: Just one but it's not the cards fault. My Shuttle XPC SG33G5 is very small. Even though the card fits just fine, just like every Nvidia card it runs pretty warm idle around 70C and gaming it climbed steadily reaching 90C due to the lack of airflow in such a small case. Now I take the cover off while gaming and the card tops a 70C allowing my CPU to stay pretty cool.

Overall Review: It does consume less power as advertised. I currently have installed in a Shuttle XPC model SG33G5 with a 250 watt power supply. My “Kill-A-Watt” reading directly from the electrical outlet was 110 watts idle and between 145 watts and 175 watts while in gaming with above settings and while running the Crysis benchmark at mentioned settings, keep in mind that my E4000 Intel CPU consumes 65 watts plus mobo. and hard drive consume power as well. This is very good power consumption for the performance. It consumes about the same power as my old low power 8600GT but performs twice as good in my opinion :)