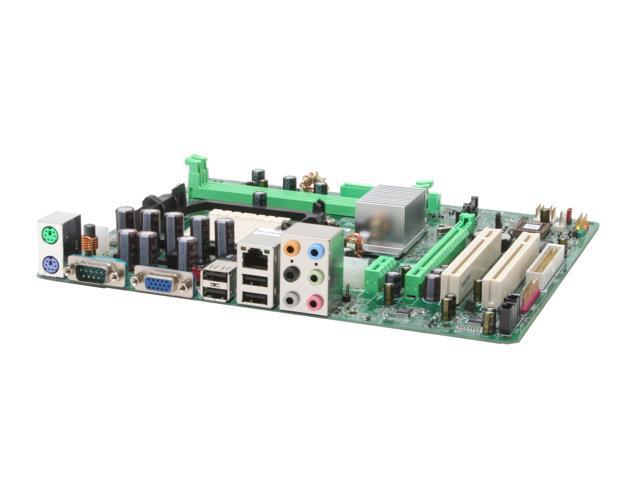 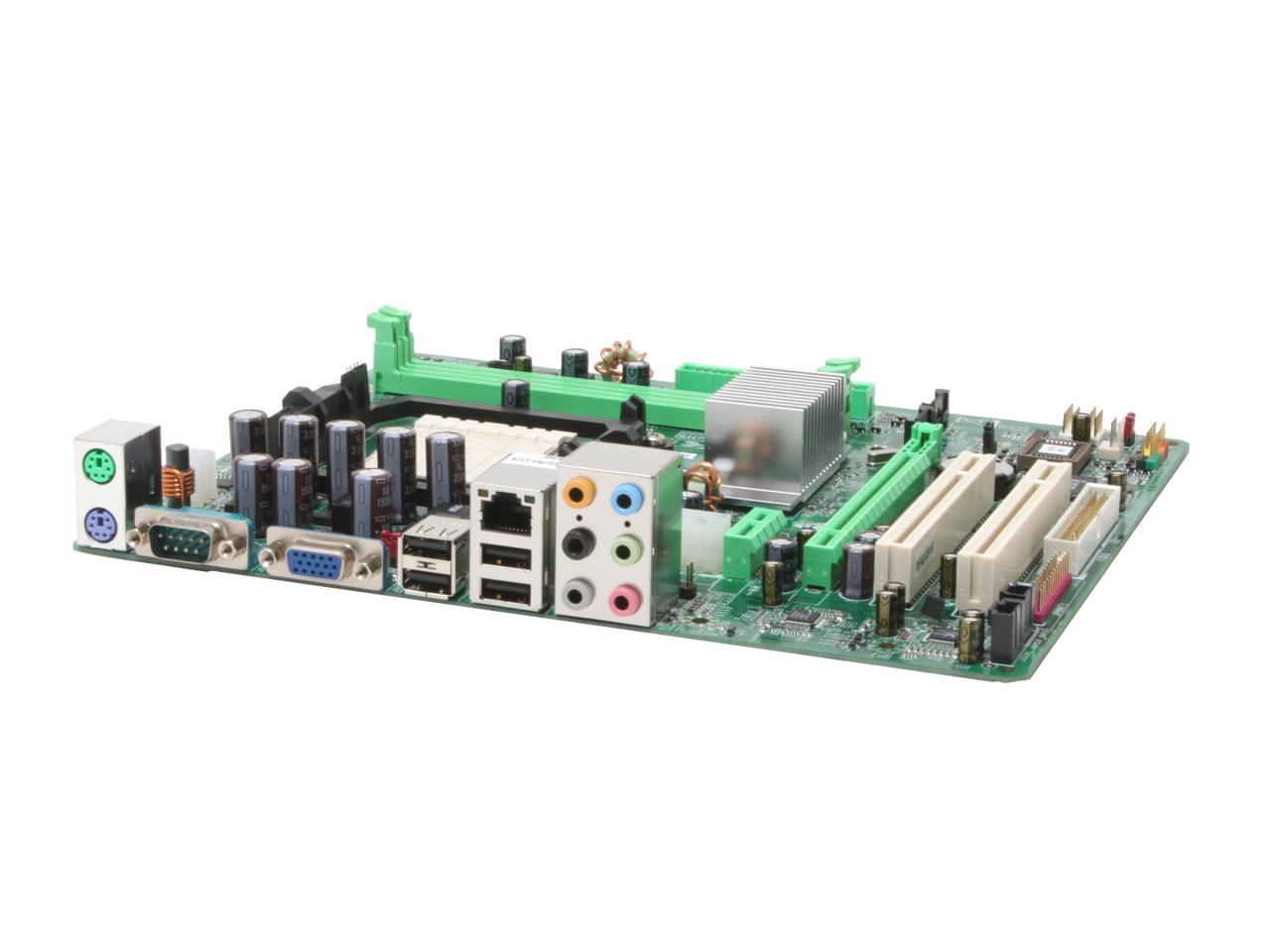 (19) Write a Review
OUT OF STOCK.
Overview
Specs
Reviews
A great value-driven motherboard for the enthusiast or first timer, the Biostar NF61VM2 is a solid starting point for anyone wanting to build something new or upgrade what they've got. Designed for the small form factor, this motherboard will fit into most small desktop systems. An AMD socket AM2, suitable for Athlon 64 processors, including the X2 and FX series, makes this board receptive to whatever cards you fill it with.
Using the Nvidia GeForce 6100 chipset with integrated graphics in conjunction with up to 2GB's of DDR2 memory, it's perfect for those that don’t need a discrete graphics card.
It also includes a 10/100 Ethernet port, onboard 7.1 channel sound, and 2 SATA ports. It supports RAID 0 and RAID 1 through these ports, to handle multiple drives. It also has multiple expansion slots, including one x16, and one x1 PCIe slots, plus an additional two PCI slots. Build a powerful system: start with the Biostar NF61VM2 and you won’t be disappointed.

Learn more about the Biostar NF61VM2

Pros: Most of the stuff on the board works

Cons: The motherboard does NOT support X2 CPUs. The bios lies when it tells you that both cores are running. You can verify that in the windows task manager which only shows 1 CPU or by running any benchmarking software. I tried several clean installs and that was always the case.

Pros: all the goodies for not alot of money. We sell Biostar Products thru our company and we can honestly say we have recieved only 1 bad motherboard out of hundreds sold thru us. We highly recomend Biostar and this 6100 is the bomb.

Cons: You know i really dont see any cons to purchasing Biostar products they have exceeded what is expected for a motherboard.

Overall Review: If you looking for a value system you money is well spent here.

Pros: Recognized 4600+ with nary a hiccup. Loads XP on a SATA disk WITHOUT any additional drivers! Stays cool, and is fanless, too! Compatible with a LOT of memory. Efficient. Decent graphics for daily use.

Cons: Audio headers were dead. Video only has 2 pipelines.

Overall Review: Overall, a great purchase. My first, actually, from Biostar. Unfortunately, the front panel audio connector header was bad, so I'm going to return it and upgrade to a different model.

Pros: Very nice and cheap. Has more overclock option than I expected. Everything works so far.

Cons: Audio connector for the front audio ports may have been defective. Could have been the case wiring though...

Pros: It's a good motherboard, it works, was inexpensive

Cons: Only 1 IDE port. Some of us have a hard drive pre-SATA that we still want to use

Overall Review: I'm just going to make my non-SATA hard drive an external to get around RMA'ing this one, so I suppose all's well that ends well.

Pros: Compact, easily set up Mobo for general use, or that gamer in the family who doesn't know pixels from partitions and doesn't care.

Cons: Onboard LAN was not functional when recieved.

Overall Review: Spare PCI Lan was used to test system and determine onboard was faulty. Could have been used that way but RMA'ed instead.

Pros: Great board with lots of features. 7.1 channel sound works great (remember Line Out is the front speakers). PCIe x1 slot. So many USB hookups it's crazy.

Cons: No 1394 firewire support. Only 1 PCIe x16 slot so SLI might be kinda hard...or impossible. Support for only 2GB RAM max.

Pros: Got it going with no problems at all. Plugged in processor and memory, fastened down fan. and needed nothing else.

Cons: None so far worked straight out of the box.