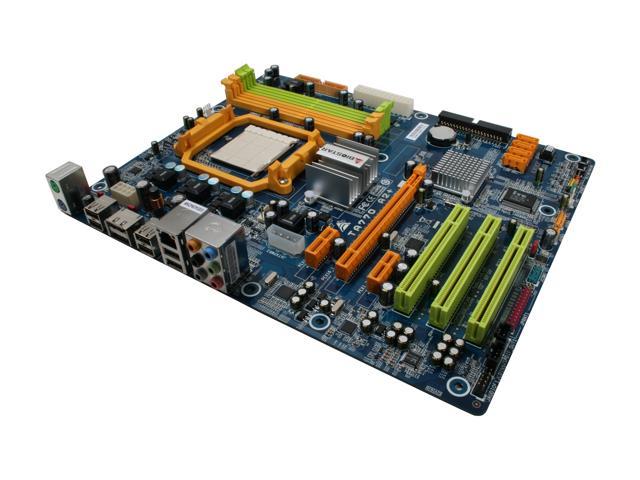 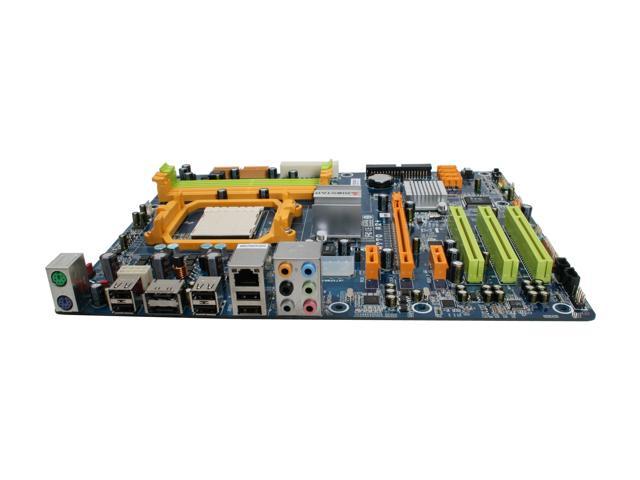 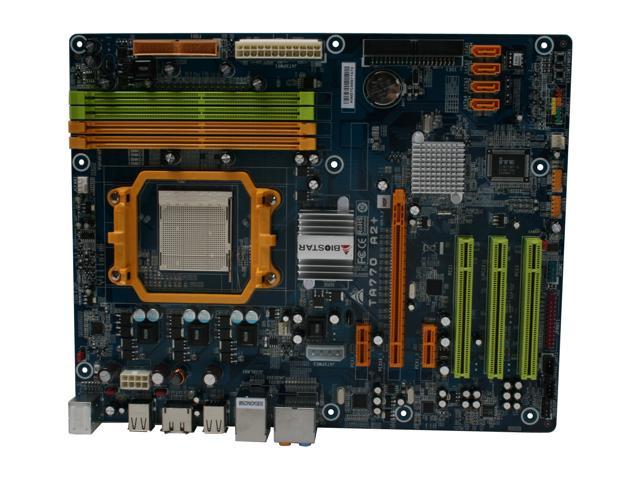 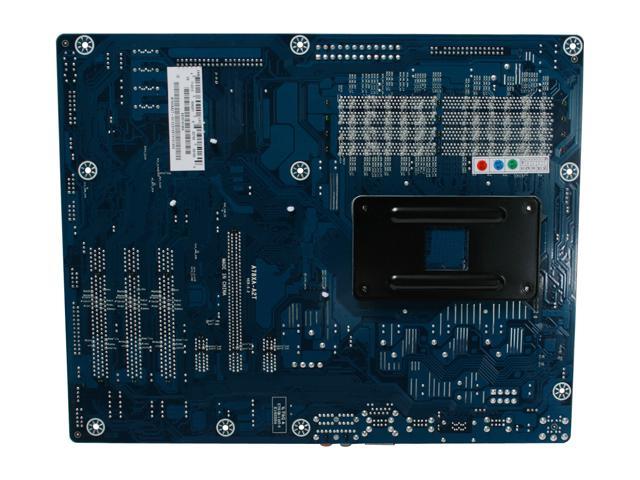 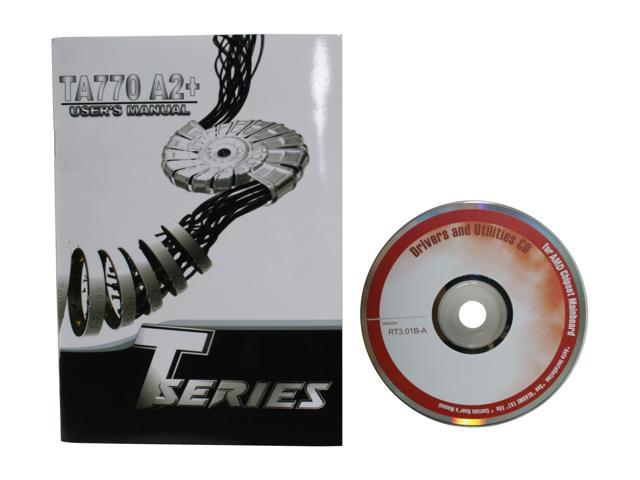 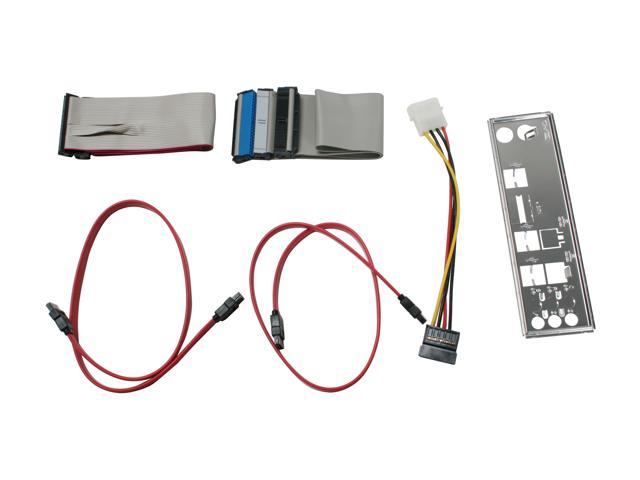 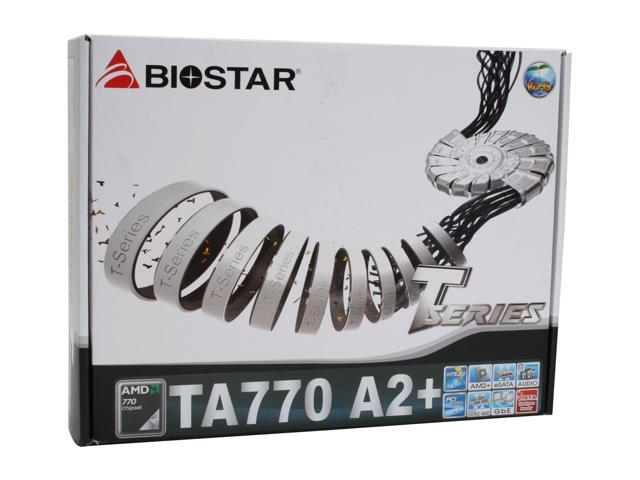 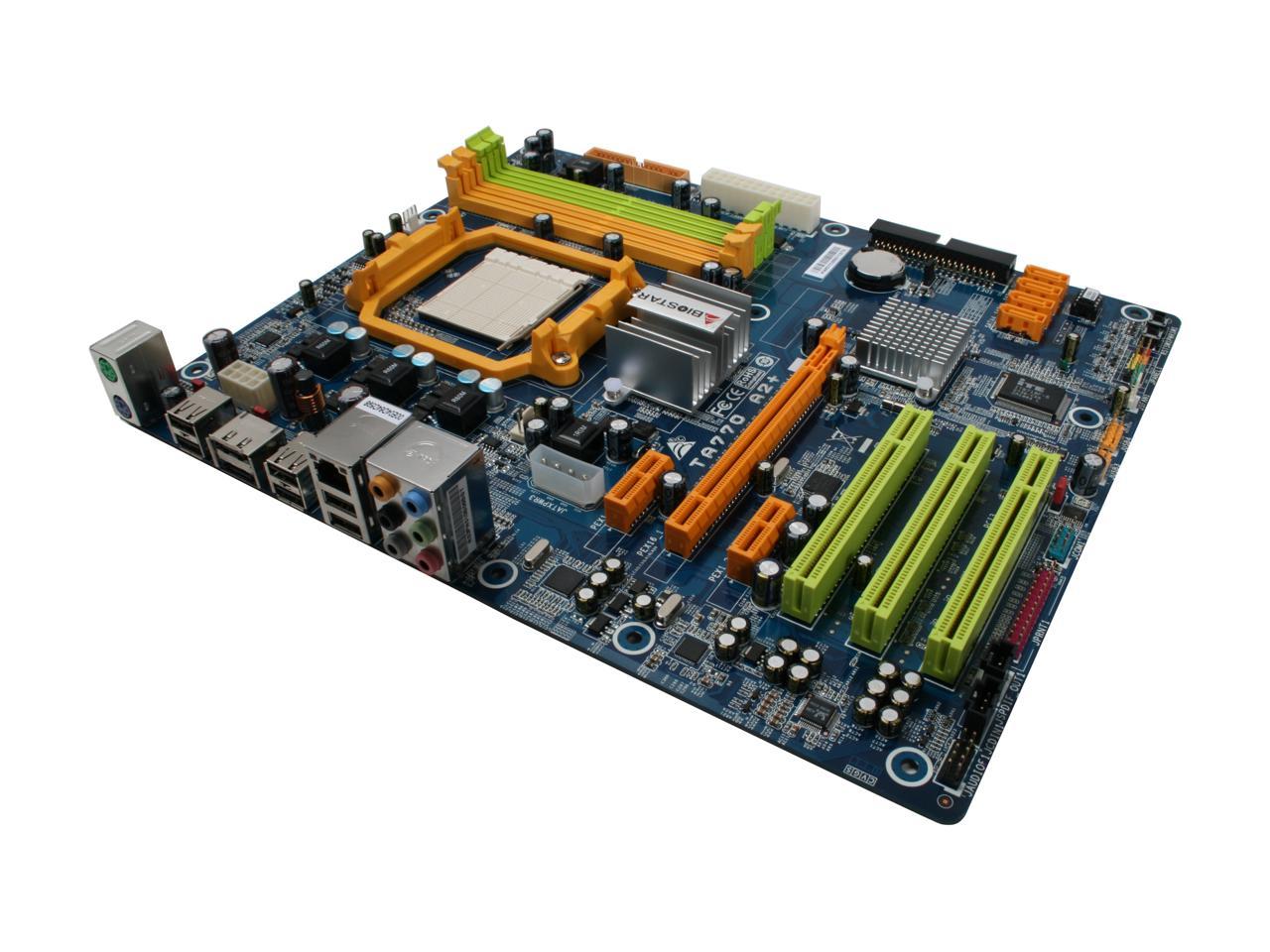 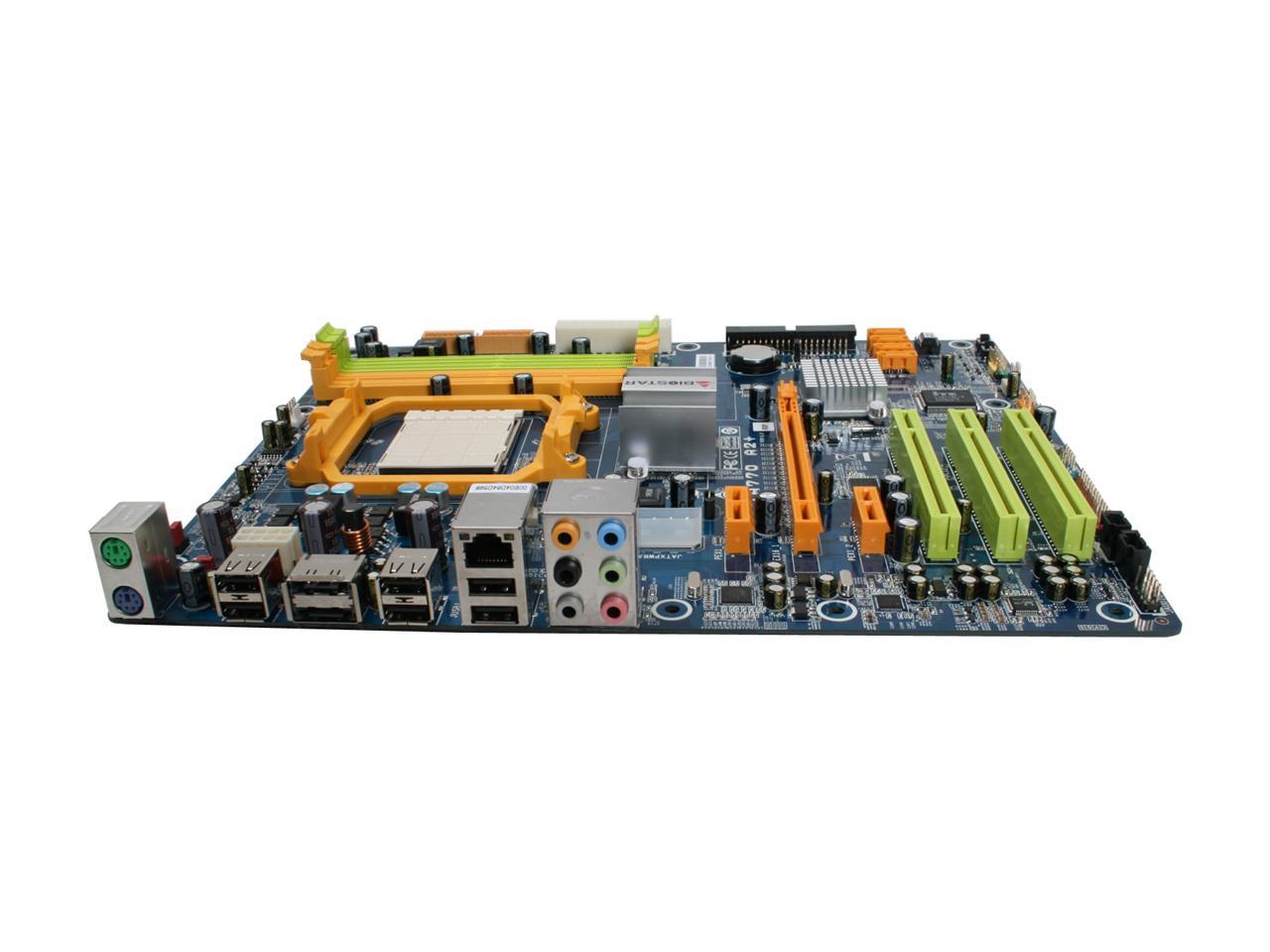 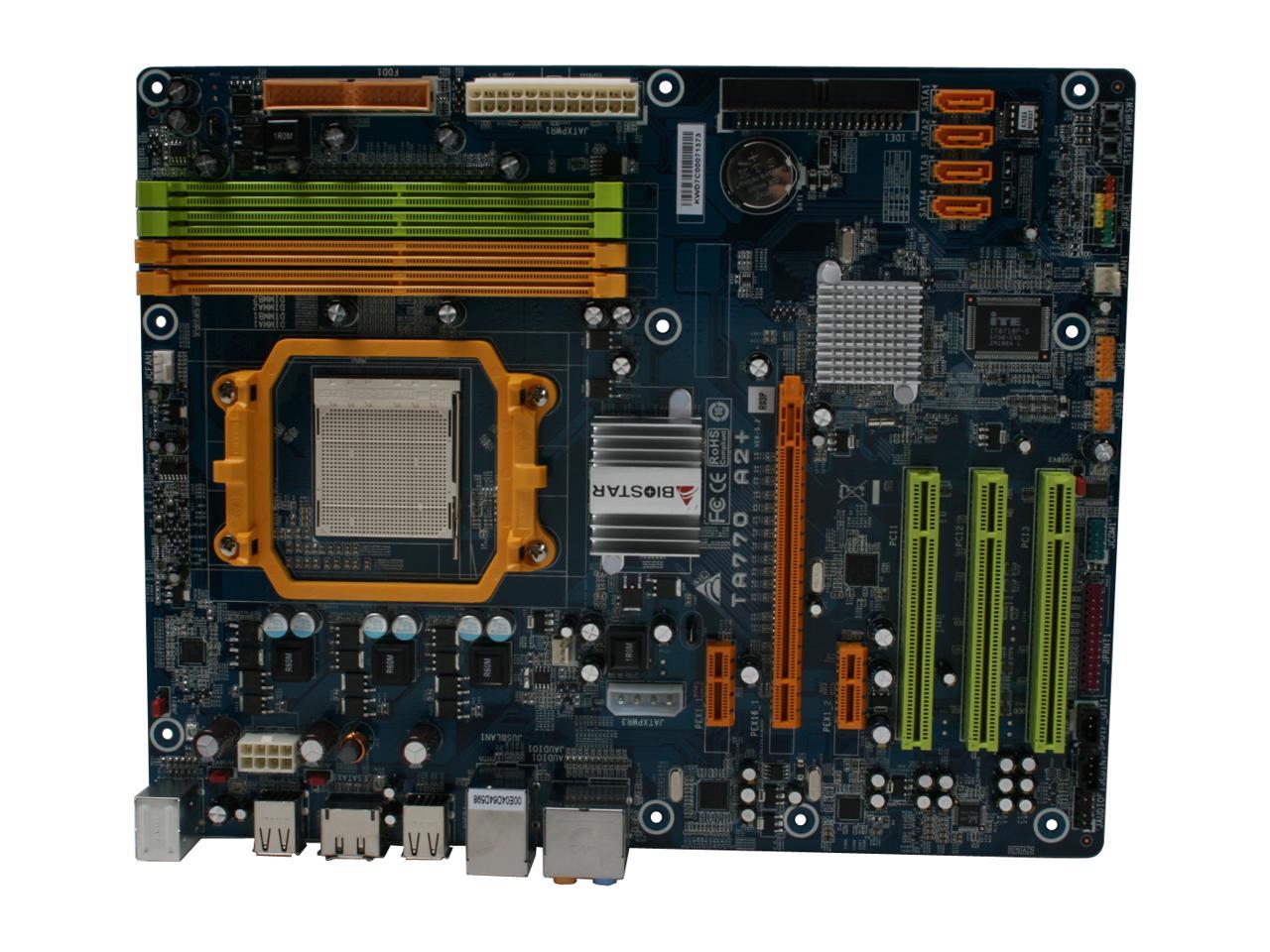 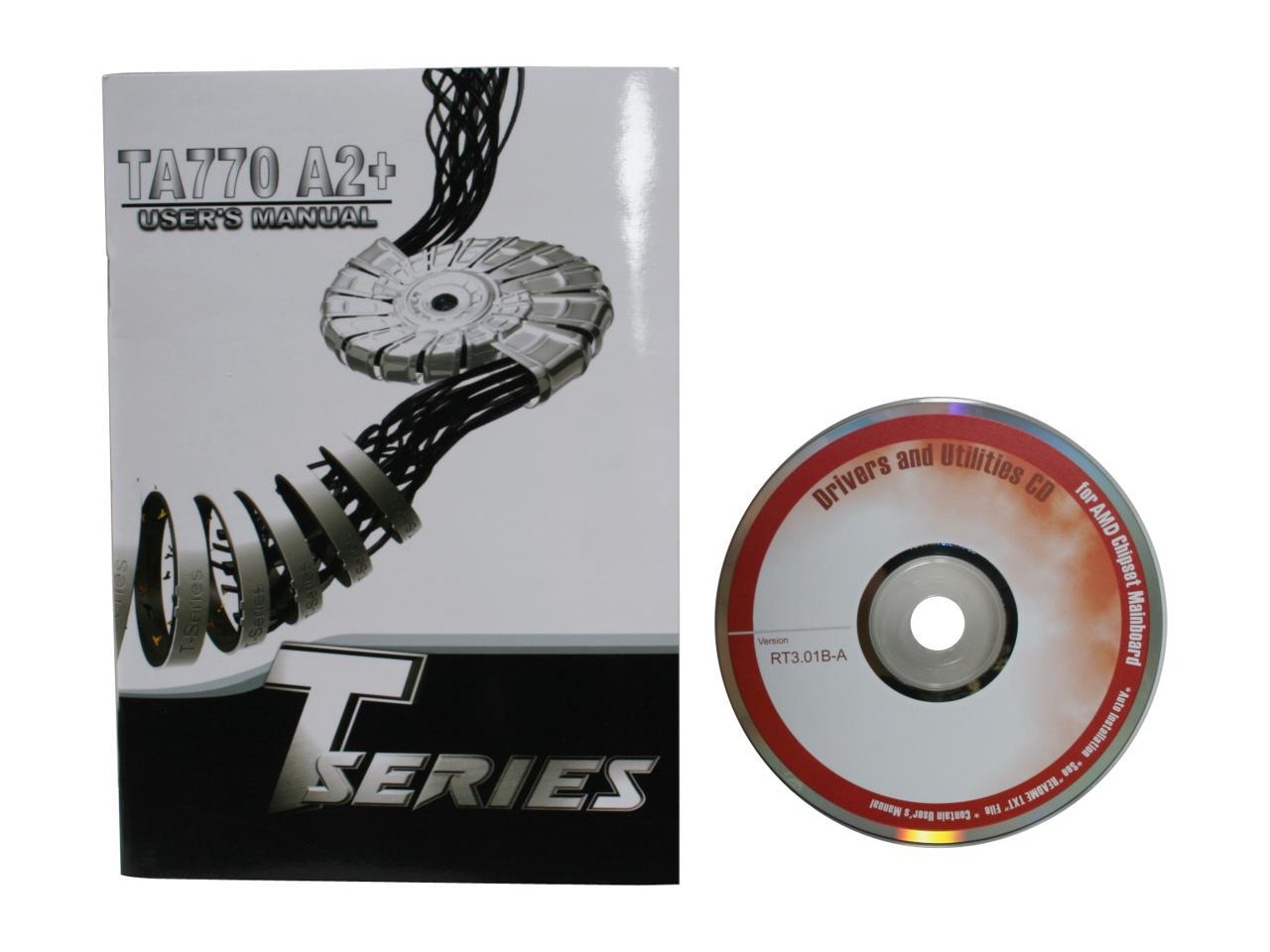 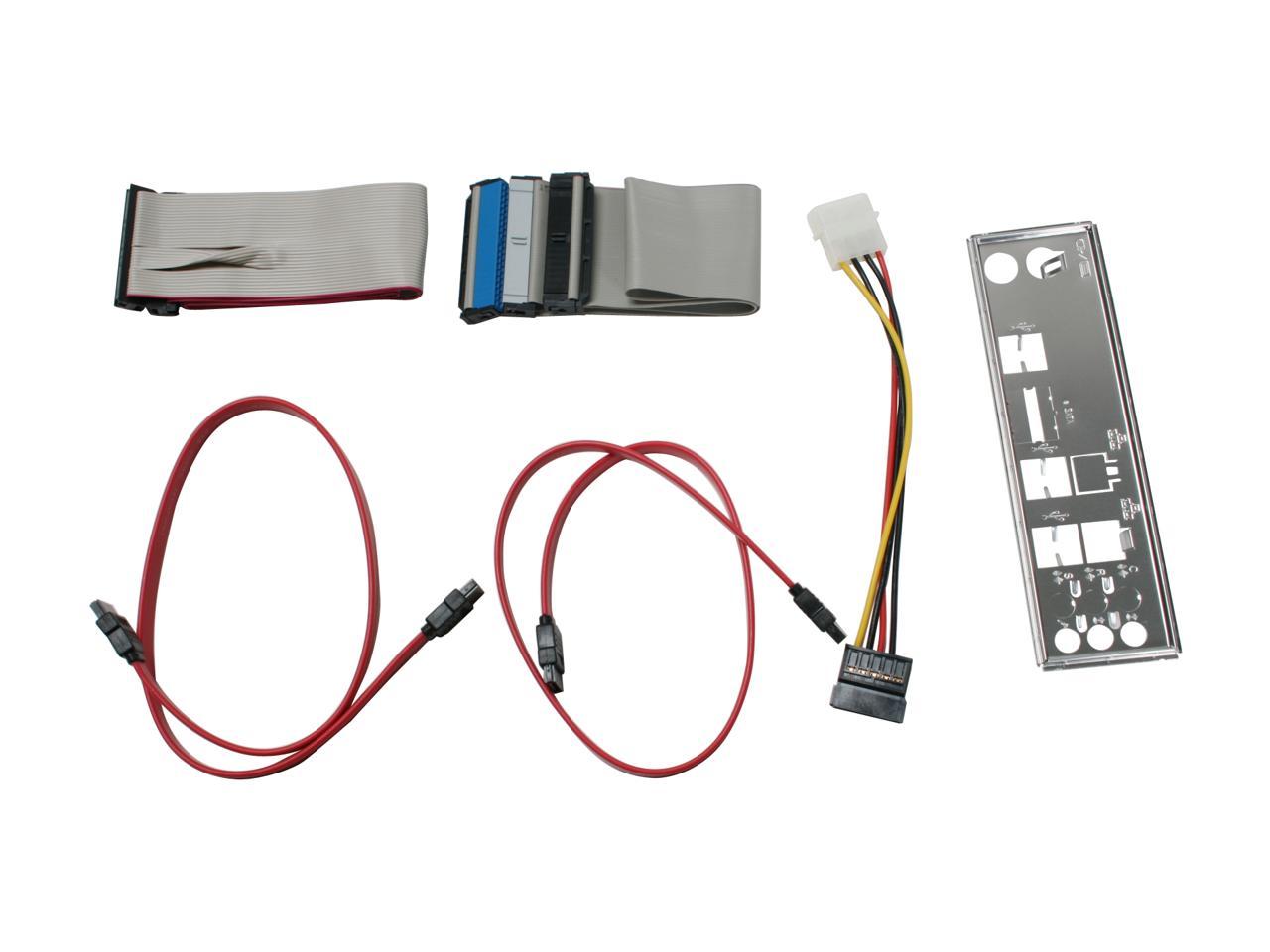 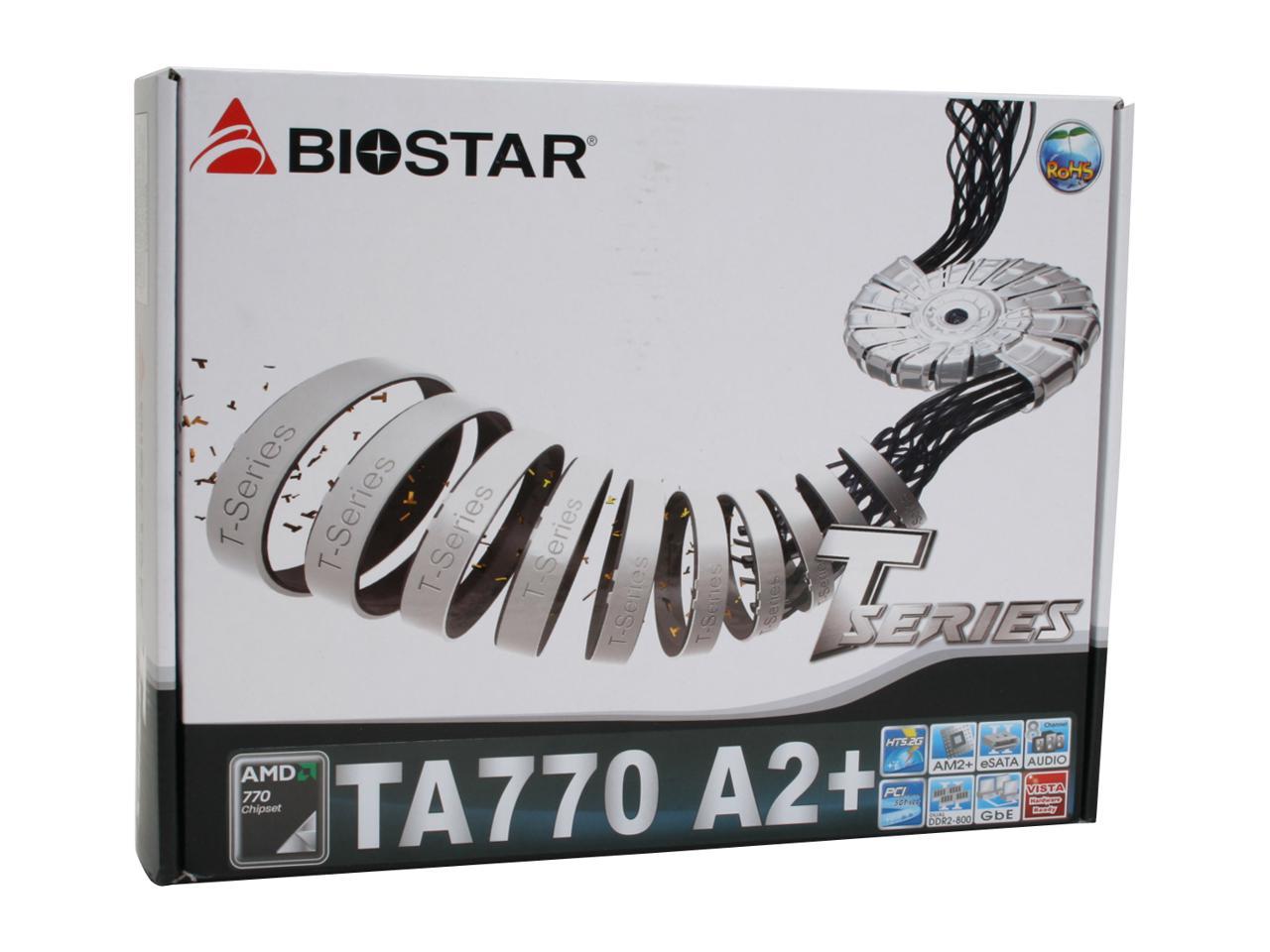 (222) Write a Review
OUT OF STOCK.
Specs
Reviews

Learn more about the Biostar TA770 A2+

Overall Review: Ram speed- is 400mhz (DDRII 800). Sorry for the confusion wanted to update this! The 770 chipset does in Fact support DDRII 1066 but not this exact board. (maybe later bios revision or oclocks that high though!) IF you need 1066 look at Abit, Asus and gigabyte 770 boards. It is a true am2+ board however which means HT3 and Dual Dynamic Power Management - separate voltage planes for the CPU cores and the Integrated Memory Controller.

Pros: I was a liltle reluctant to try s Biostar Board because of so many bad reviews. After reading a few times that the T-Series is a good board i decided to go with it I only had 3 choices from newegg in an AM2 Non-SLI Board. The 2 that were more expensive had my Floppy cable wrapped around my Sound Card-LOL. Extremely poor design!!!! After reading several reviews, and discarding the one's from newbie's or Know-It-All's I decided to go with it. I COULDN'T BE HAPPIER!!!! I loaded the latest BIOS from www.biostar.com.tw to a floppy just in case...It turned out i didn't need it to get to the Desktop, however i updated anyway after my desktop arrival. I want to add to this that i ordered from the egg's second batch and have Rev. 5.2. If you're thinking of buying this board..DO IT. I also should mention that the BIOS gives you the option for PC 8500 Memory.

Cons: None...Some might say, No Firewire...Can't be a con when it doesn't state Firewire in the Spec's..Some might say, one IDE Socket...Well, just for curiosity i purchased a 80GB Hitachi SATA II from the egg and couldn't be happier...Smooth and Quiet...And yes they will take to Overclocking I'm running the OEM 5400 - 2.8 @ 3.2 flawlessly!!!! Just in case you're new at this with the Hitachi you need to load their utility and manually switch it to SATA II.

Overall Review: I'm convinced after aprox. 25 builds, and only (1) DOA..FYI an A+++ that wouldn't even power on..that all of the problems that some ppl are experiencing are coming from ppl that are building their first system using a (Popular Mechanics Magazine) article on DIY computer building..Remember this, you're building a system, not an object using Lego Part's...LOL P.S. Read my review on a Socket 939 Jetway Board that i just finished for a few helpfull hint's...Good Luck...This is a Super Board...Underpriced to the compition.

Pros: rta is correct... NOW. Looks like Biostar goofed on their web site with this boards specifications as the mention of DDR2 1066 support definately was not there when I purchased it but looks like they have since corrected it. BTW at the time of this writing Newegg still shows 800 as the memory spec. I did find it a bit odd that it wouldn't have the 1066 support with such a new board but hey, the price was certainly right that I was willing to sacrifice that feature. Besides 1066 memory is roughly twice as expensive as 800 memory so I would have chosen 800 memory anyway had I known better.

Cons: None... now that we now know DDR2 1066 memory is indeed supported I can't find much wrong with this board.

Overall Review: More cool features I forgot to mention in my initial review was it has a great memory tester utlity built into the bios and some good auto-overclocking abilities.

Pros: This is a very nice, well-built board with a good layout for those who don’t need SLI or Crossfire - it’s the only AM2+ board I’ve seen with a floppy drive connector in a sane location [the floppy makes installing/using AHCI in XP *MUCH* easier]. The TA770 A2+ is also the first board I’ve ever installed that lined up perfectly with the standoffs (where the screws fit in) in the case, *without* having to hold (push) the board up against the rear I/O panel - that was nice. It’s one of very few <$150 boards with solid caps in the power regulation circuits, and uses a Jmicron chip (controller) along with the older ATI SB600 South Bridge for SATA - good because the SB600 doesn’t handle things like AHCI well. The board also uses a Marvell network chip, which hopefully will be less prone to Vista driver problems than the Realtek alternative. It has 6 USB 2 ports, plus 2 on-board connecters for 4 more, and you can switch stand-by power on for either pair of connectors &/or those 6 ports. The

Cons: The Bios can be a PITA... ANY hardware changes, even plugging in a USB hub, will cause the Bios to reset itself completely, right down to the time/date! [see notes below] The board doesn’t have audio SPDIF input, though the connectors are there on the board, and no provisions for SPDIF output at all. It also doesn’t have Firewire, though in fairness that isn’t as common currently with this class of board. The on-board connectors for things like USB could definitely be in a better place - they’re out of the way at the bottom of the board, which is cool, but most of the accessory panels that use those connectors don’t come with cables long enough to reach them. It only has pins for power & hdd LEDS, unlike many (most?) boards, & no on-board LED comes on to tell you the power’s switched on - a handy safety check when you’re putting things together. Fan plugs are there for CPU, Northbridge (though no fan on heatsink), & 1 system fan - if you want to control all your case fans by temp, you’

Overall Review: It was initially problematic getting an USB keyboard working - plug in a PS2 keyboard, turn on the legacy USB keyboard & mouse support in the bios, unplug the PS2 keyboard, ***and the Bios would reset turning off that legacy USB support***! With the USB keyboard not working, couldn’t enter the bios to turn it back on... wound up leaving the PS2 keyboard plugged in for the rest of the day, unplugged it the following morning, & then the USB keyboard worked to set up the bios, again. Some reviews mention long boot times... If/when the bios resets because it detected changed hardware, it takes a while. I also had an initial, minor problem with a drive connector, & that caused booting to really take a long time. Now that the Bios seems happy with the hardware arrangement, it seems to take very slightly less time to boot than the Gigabyte board (off for repairs) that it replaced.

Pros: AGAIN, IF YOU'RE LOOKING FOR AN AM2 NON SLI BOARD, LOOK NO FURTHER!!!! Ording now, you should receive Rev. 5.2, which is FLAWLESS!!!!! For the "KNOW-IT-ALL" that can't locate this Board on Biostar website try this http://www.biostar.com.tw/app/en-us/t-series/content.php?S_ID=310. It pop's right up when you click on the "Manufacturer Info" Link. For the "KNOW-IT-ALL" who is complaining about the "Sound-Chip" quality, Go to: www.realtek.com.tw. and click on "HD Audio Codec Driver". Realtek just released "R1.87" dated 2008/02/19.

Cons: Not really a con....This Board boots up a lil slow for a very good reason!!!! If you are attentive, and playing around in the BIOS, you should notice that if you push it to hard, the BIOS will self correct your "Mistakes", so you don't have to reset the CMOS constantly. That said, this is why the lag in boot time. Another ingenious feature. The BIOS is "Proof Reading" so to speak, for any incorrect changes you might have made...This is my opinion..on this issue.

Overall Review: I feel it is only Fair to mention, that i have called Biostar twice and each time was talked to by a courtious, professional, respectful Customer Service Rep. In fact, the last Gentleman gave me a Tip, that led me to solving a problem that neither the AMD or Kingston Tech Rep. could offer, however, they to were courtious and respectful!!! This all being said, the answer is NO I DON'T WORK FOR BIOSTAR OR NEWEGG. LOL. THIS IS ...ONE FINE BOARD...THAT DOES NOT HAVE A FLAW...It might be time for some ppl to look in the Mirror!!!!!BUY & ENJOY!!!!

Pros: Let me say this board works, and works VERY well. Not a single problem with the install and overclocks very good. My board revision is 5.2 and it is a dream. I have installed many MOBO's including Asus, MSI, Tyan, ECS, DFI, Abit, Ect. This board is among the best. I see a lot of problems in the mobo world with the best ratings even having a 25% failure rating from people. I think it just comes down to YOUR hardware. Because your power supply isn't big enough....it's the mobo, because your ram isn't compatible.....it's the mobo.....wrong. Research what you need and get the right equipment. Also, I didn't need to flash the bios, the sound chip works GREAT on my 400W speakers, and yes it is listed on their website but you need to go to www.biostar.com.tw....it's written on the box, and in the manual......seems like some people can't follow any directions.

Cons: BIOS posts about 3-5 seconds longer than some others......no biggie.

Overall Review: I would recommend to buy this board to anyone.....even our overclockers. Great board, great price......and of course Newegg ROCKS!!!!!!

Cons: the cmos jumper could be in a nother spot put thats little stuff

Overall Review: the bios that was on it when i bought was kinda buggy and some times when i went just to change the boot sequince my board would not boot so new update is awsome i am now able to oc my 4800 to 3.0ghz no problem . do not hesatate so buy this board.

Pros: This mobo rocks. It had ALL the up-to-date drivers for my new build. Has built-in overclocking utils (but i'm not overclocking). Very happy with my new computer, mostly thanks to this mobo.

Cons: Not SLI supported, but I'm not ridiculous. Only 4 SATA slots, but again, I don't need that many disk drives. No 1394 port for front 1394 plug (but no one uses that anyway).

Overall Review: Never built a computer before. I was worried it wouldn't post, or that it would be difficult to install all the drivers. Plugged in everything and it only needed the driver for my GeForce 8800GTS card.