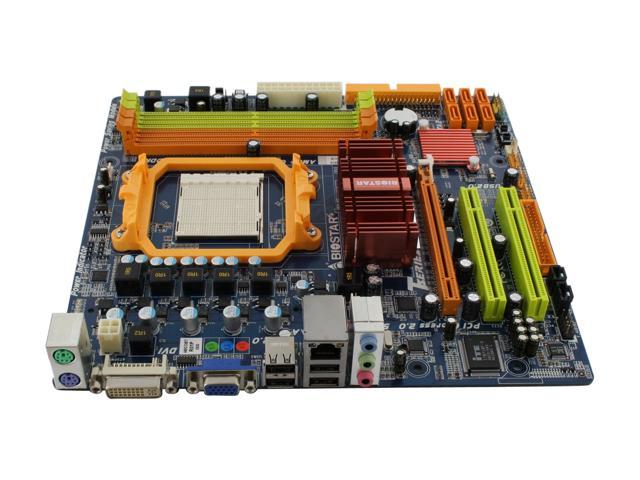 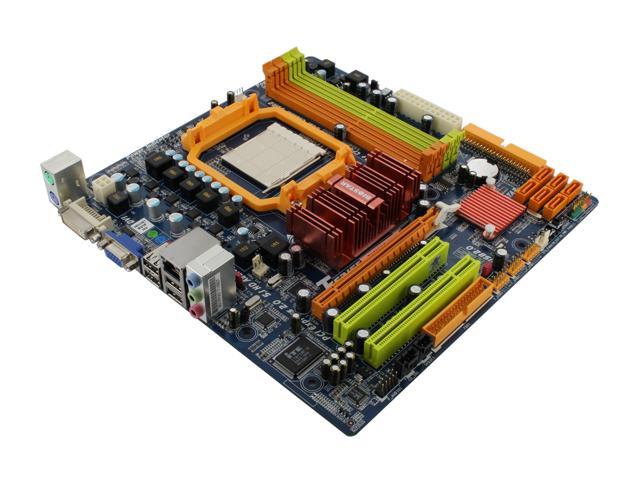 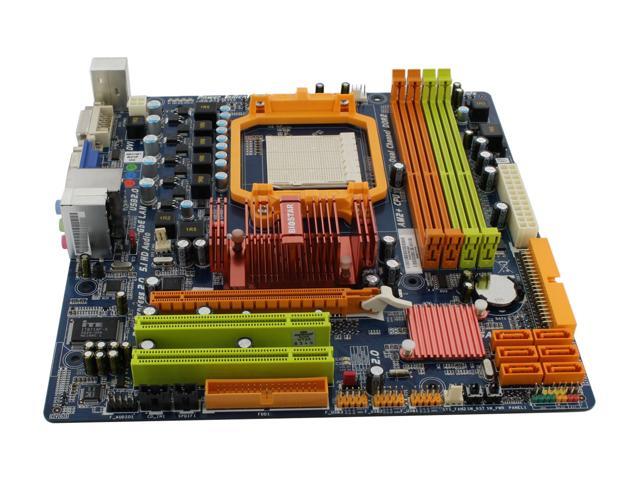 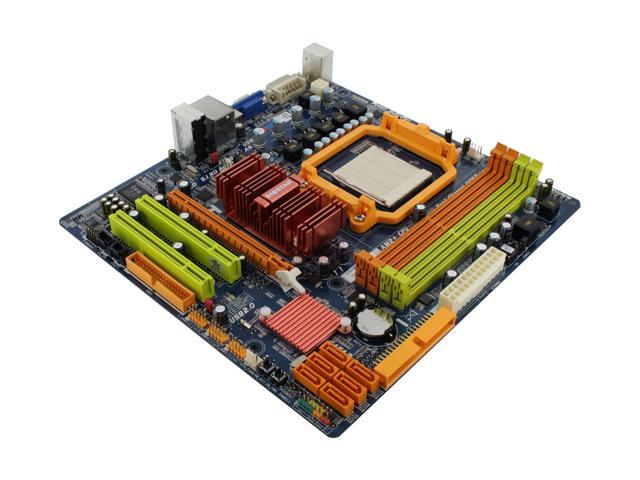 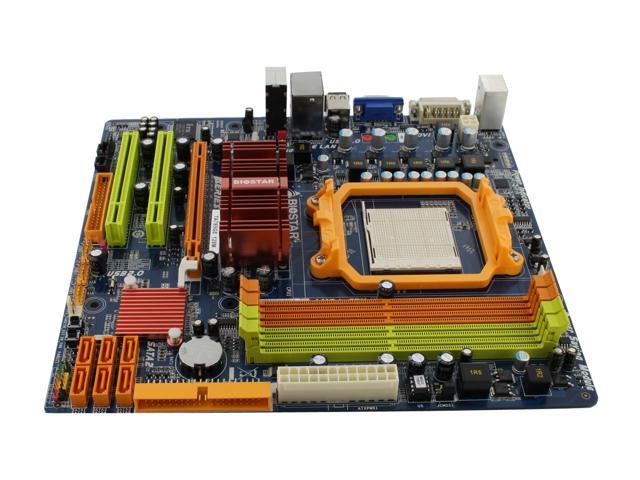 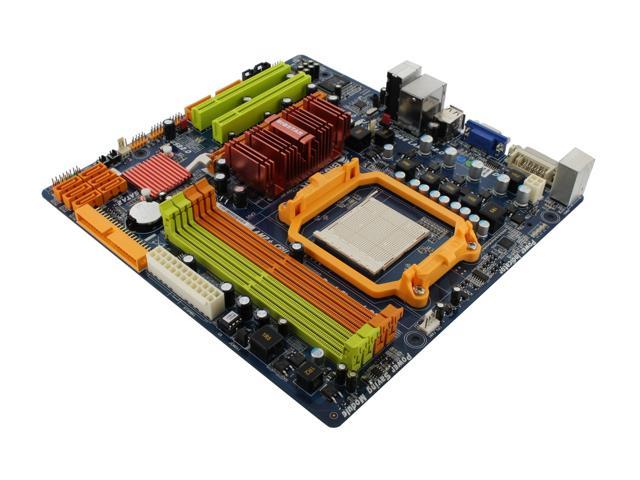 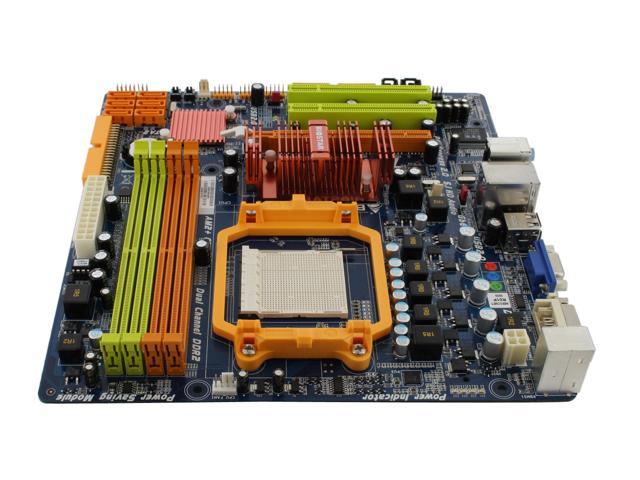 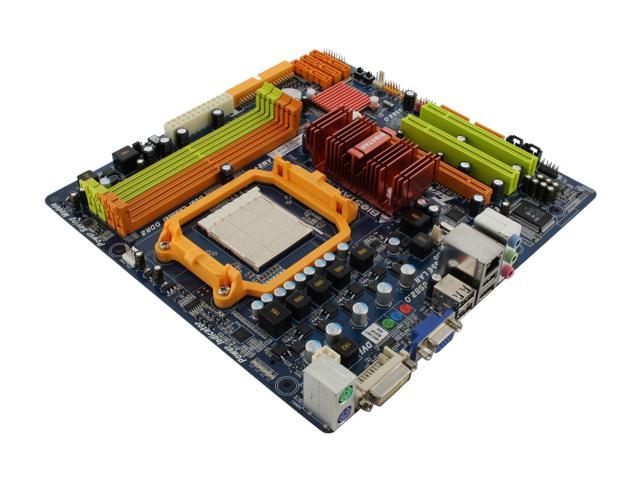 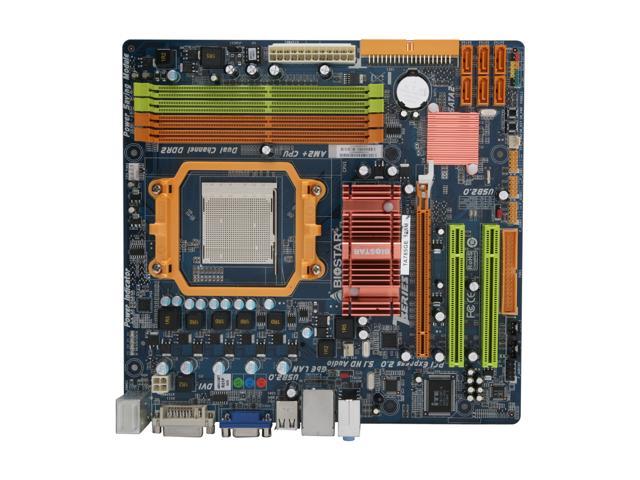 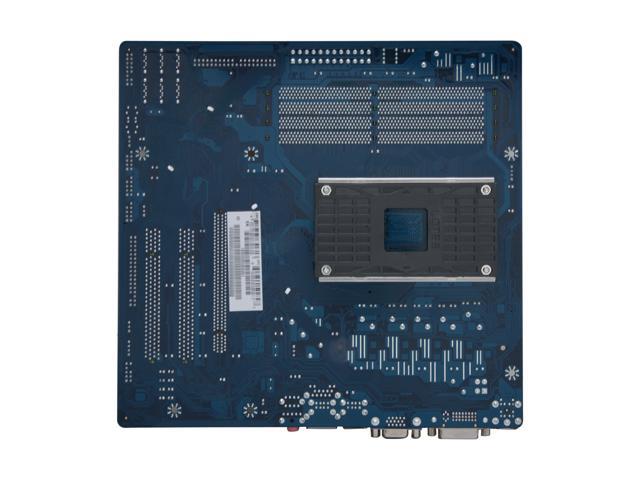 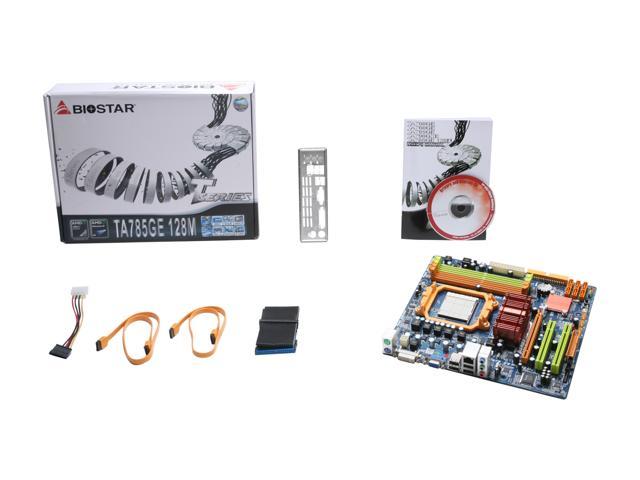 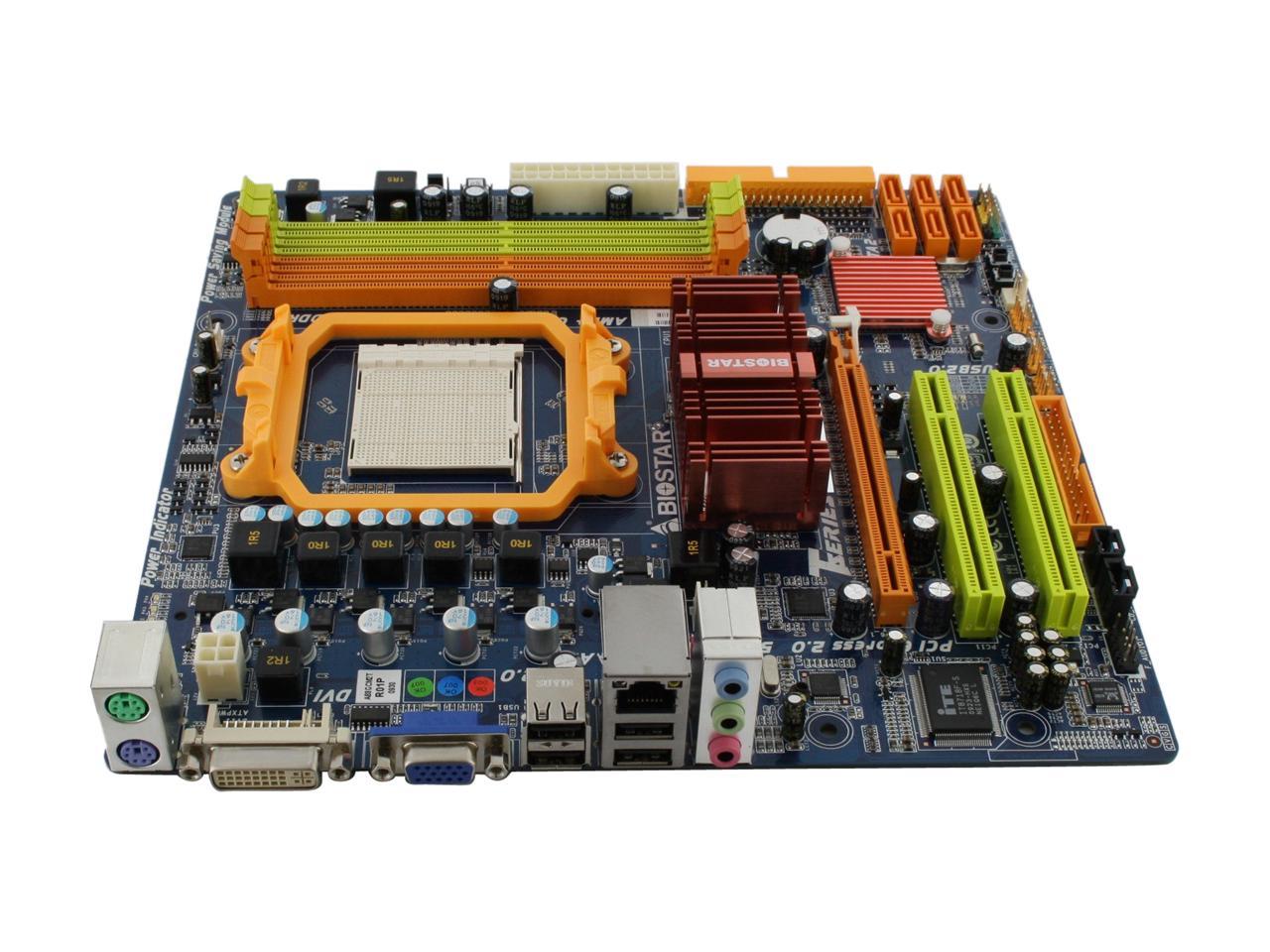 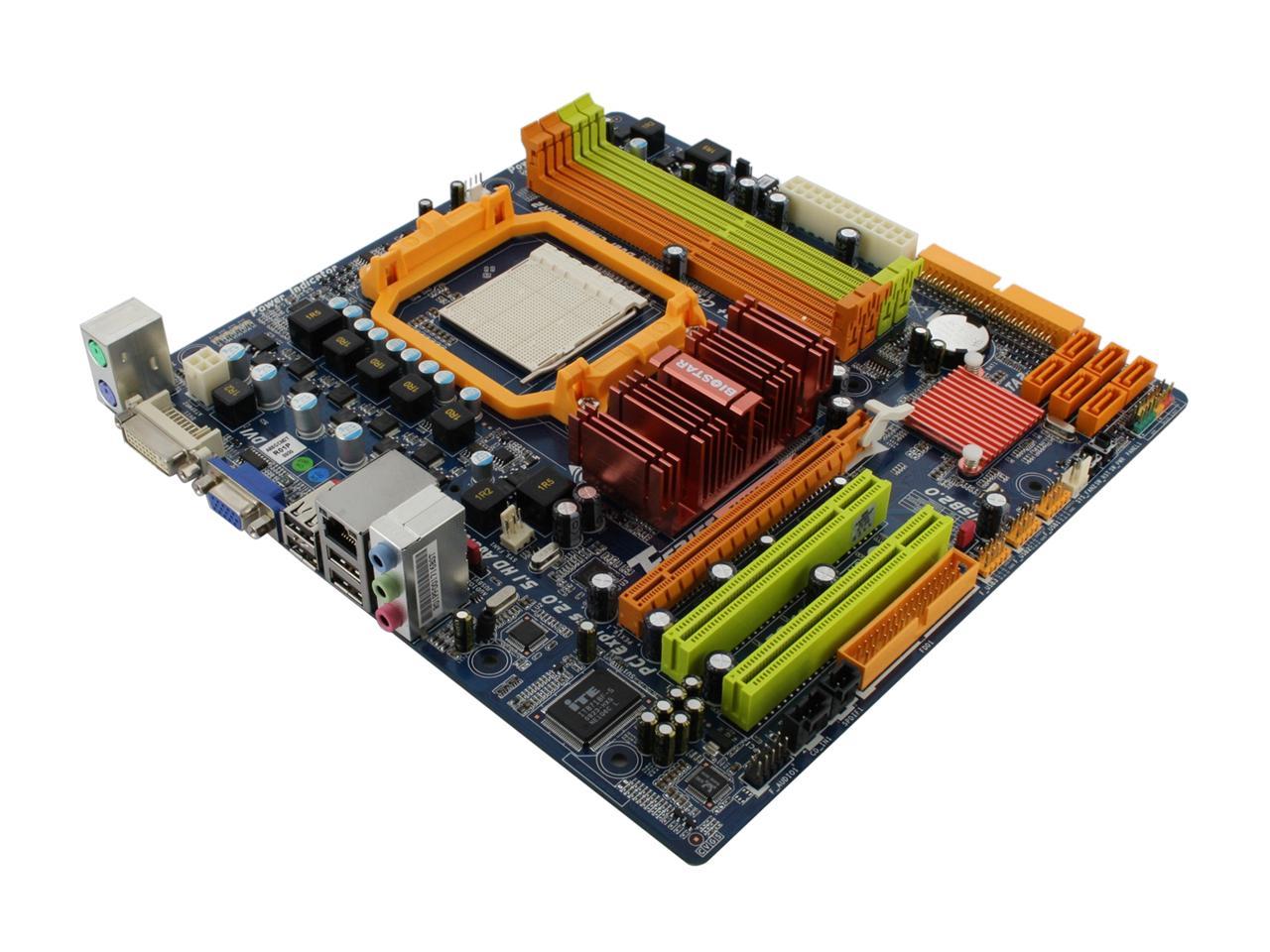 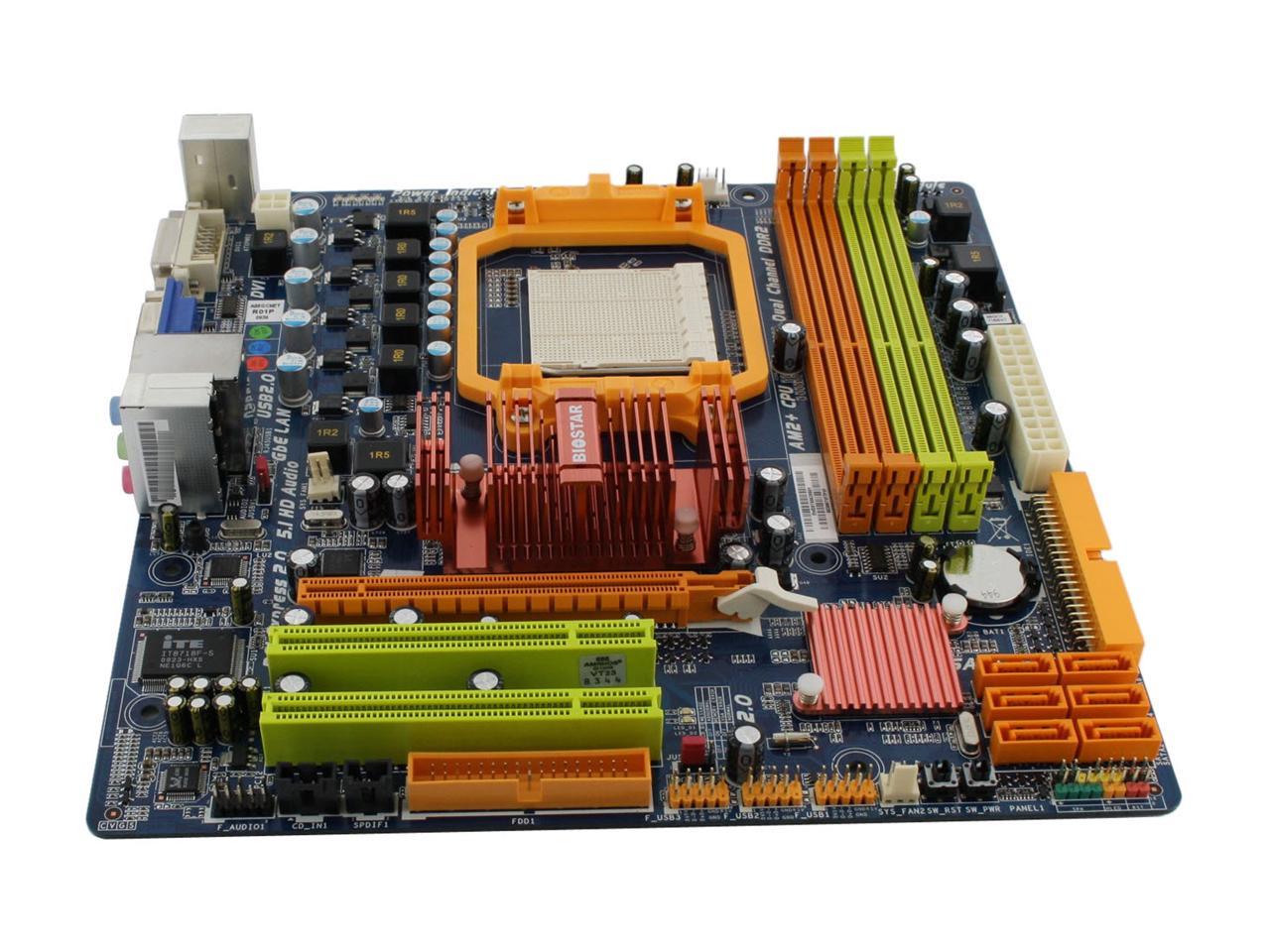 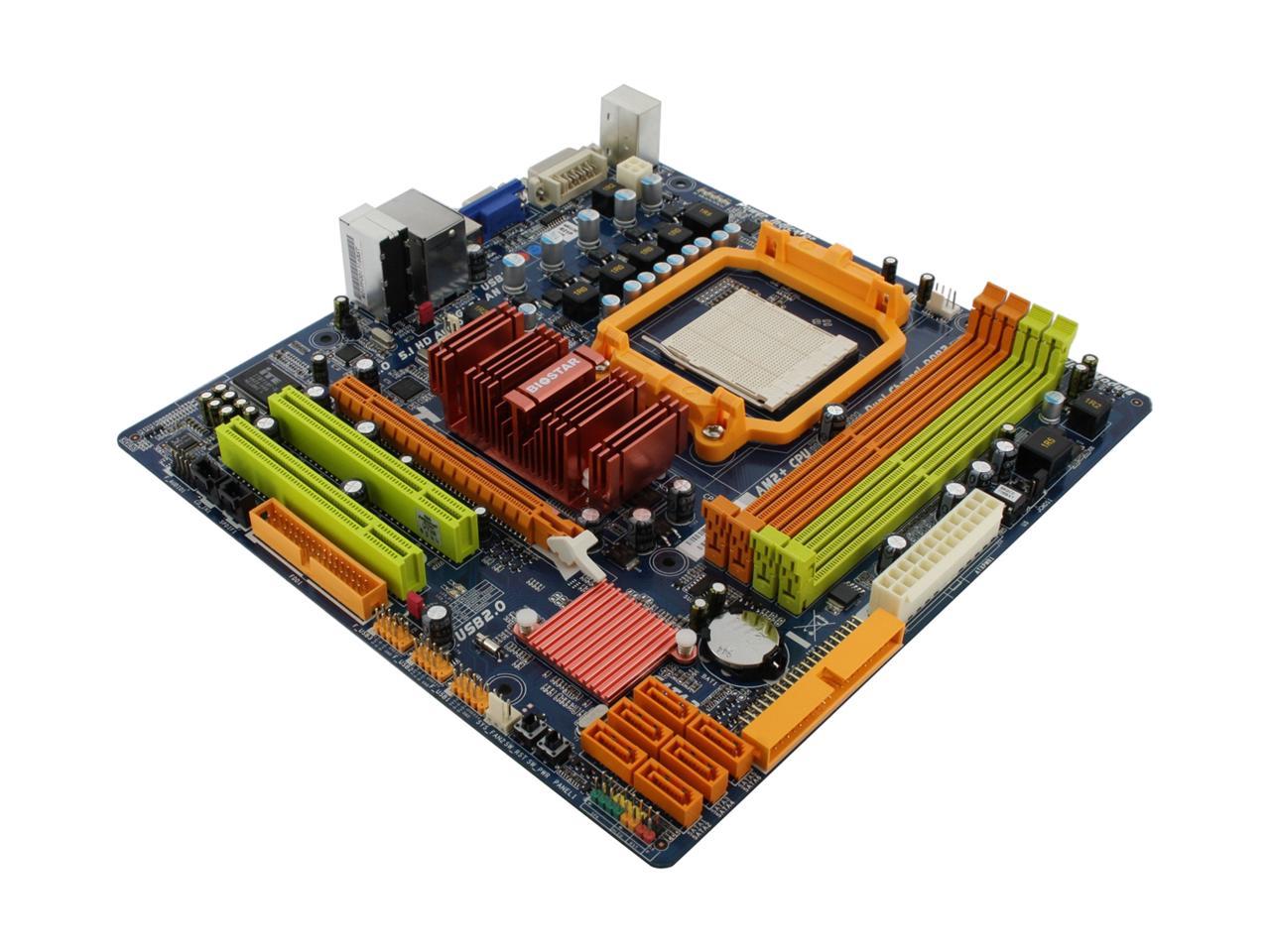 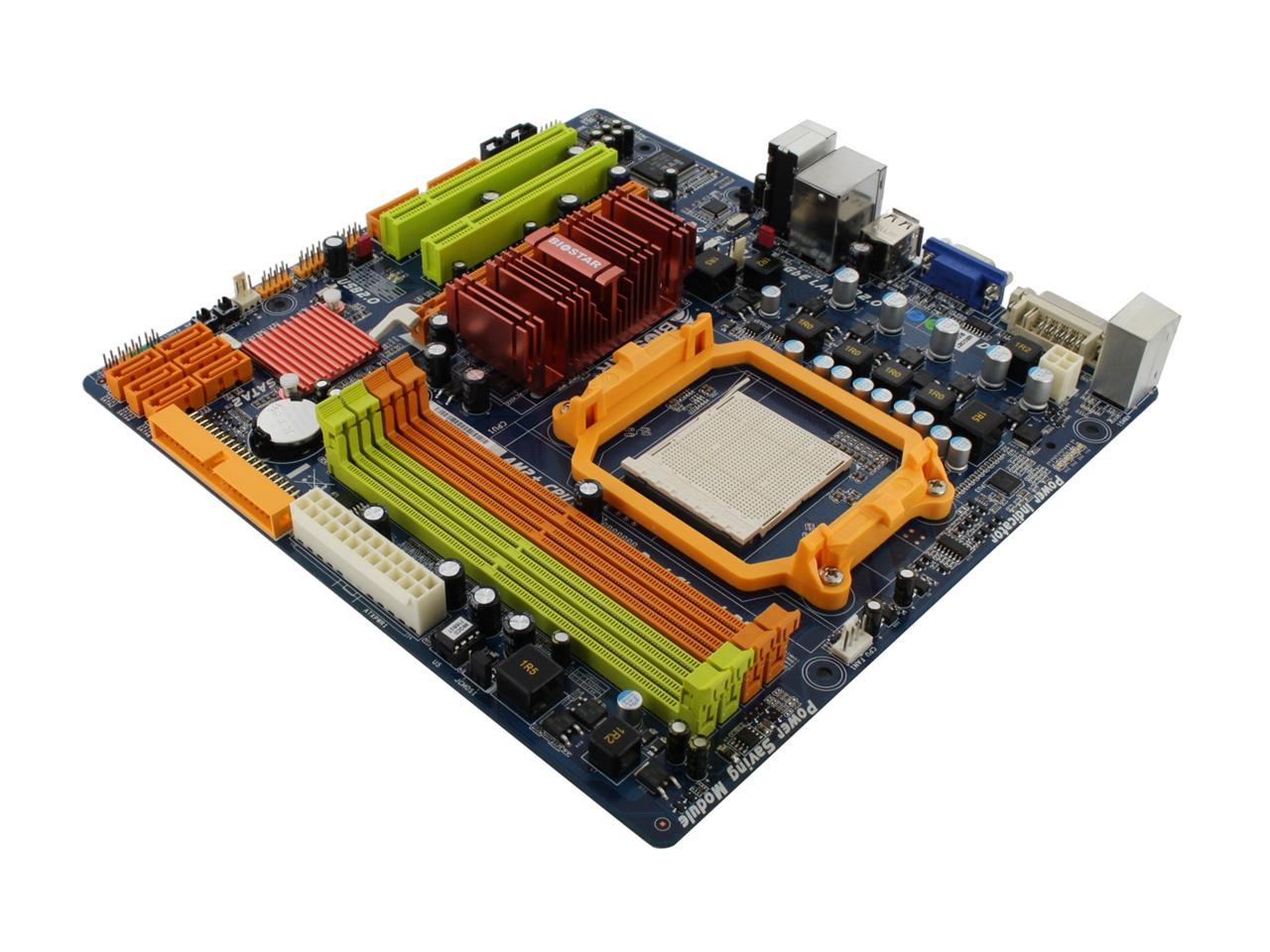 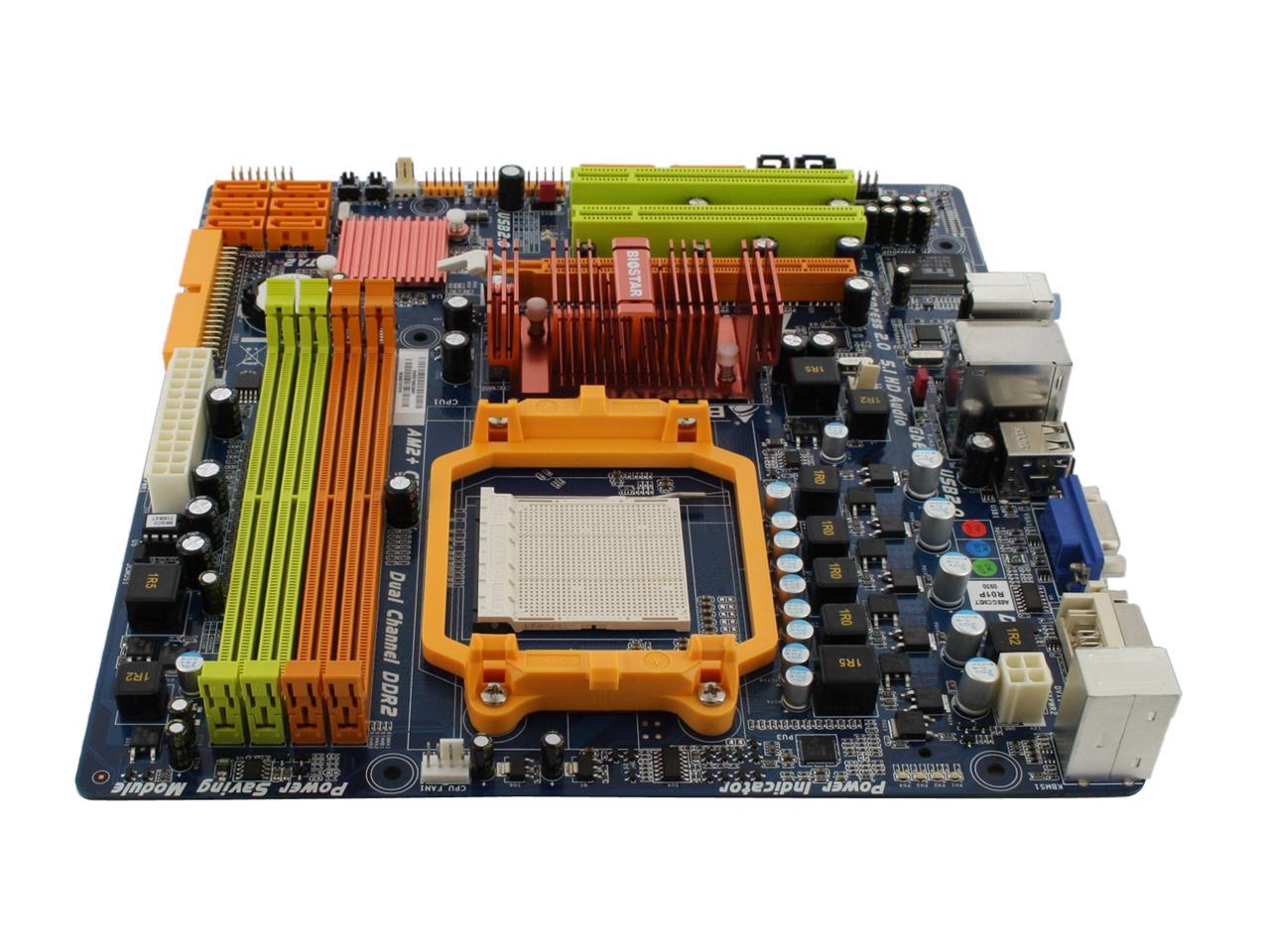 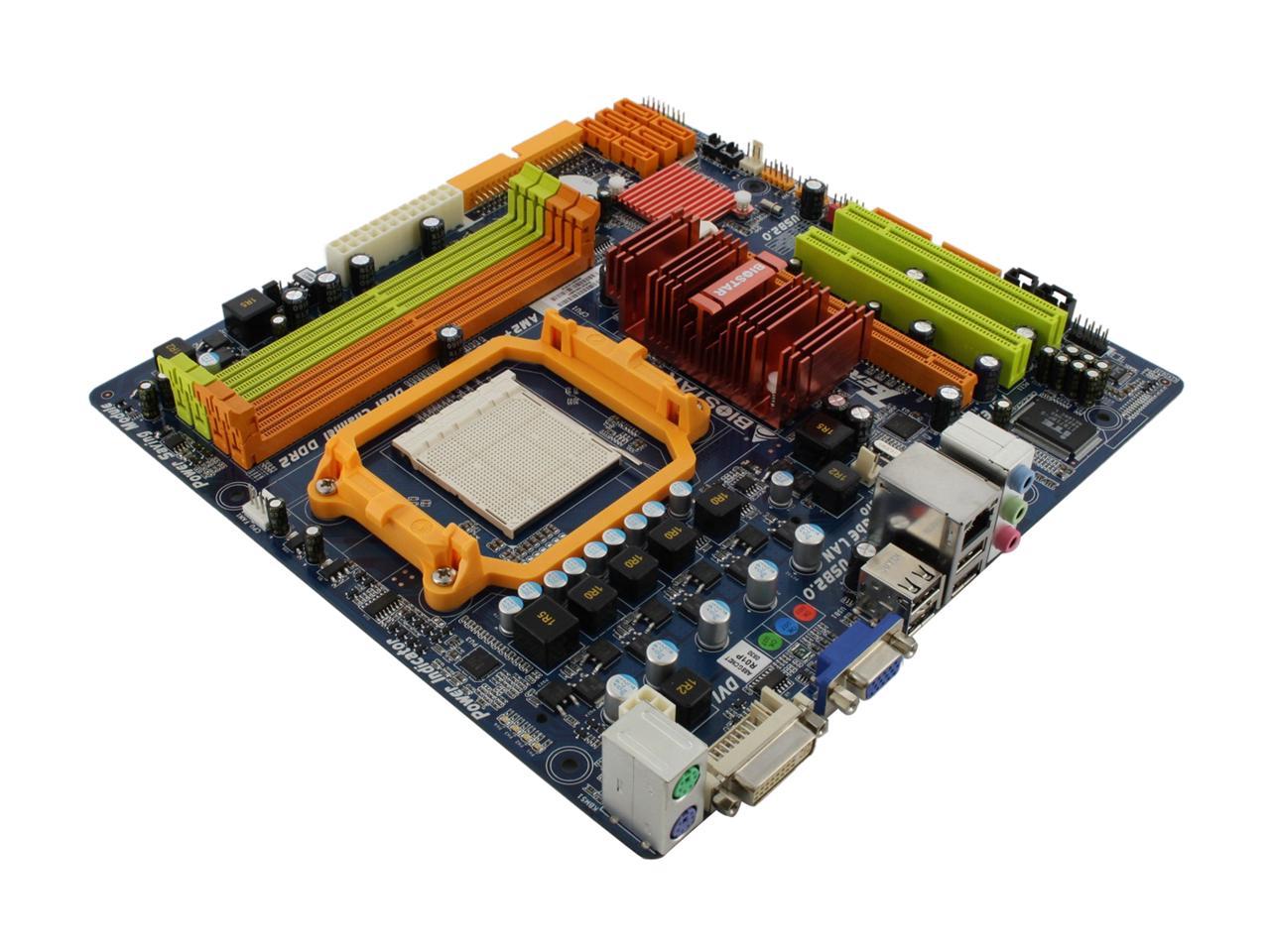 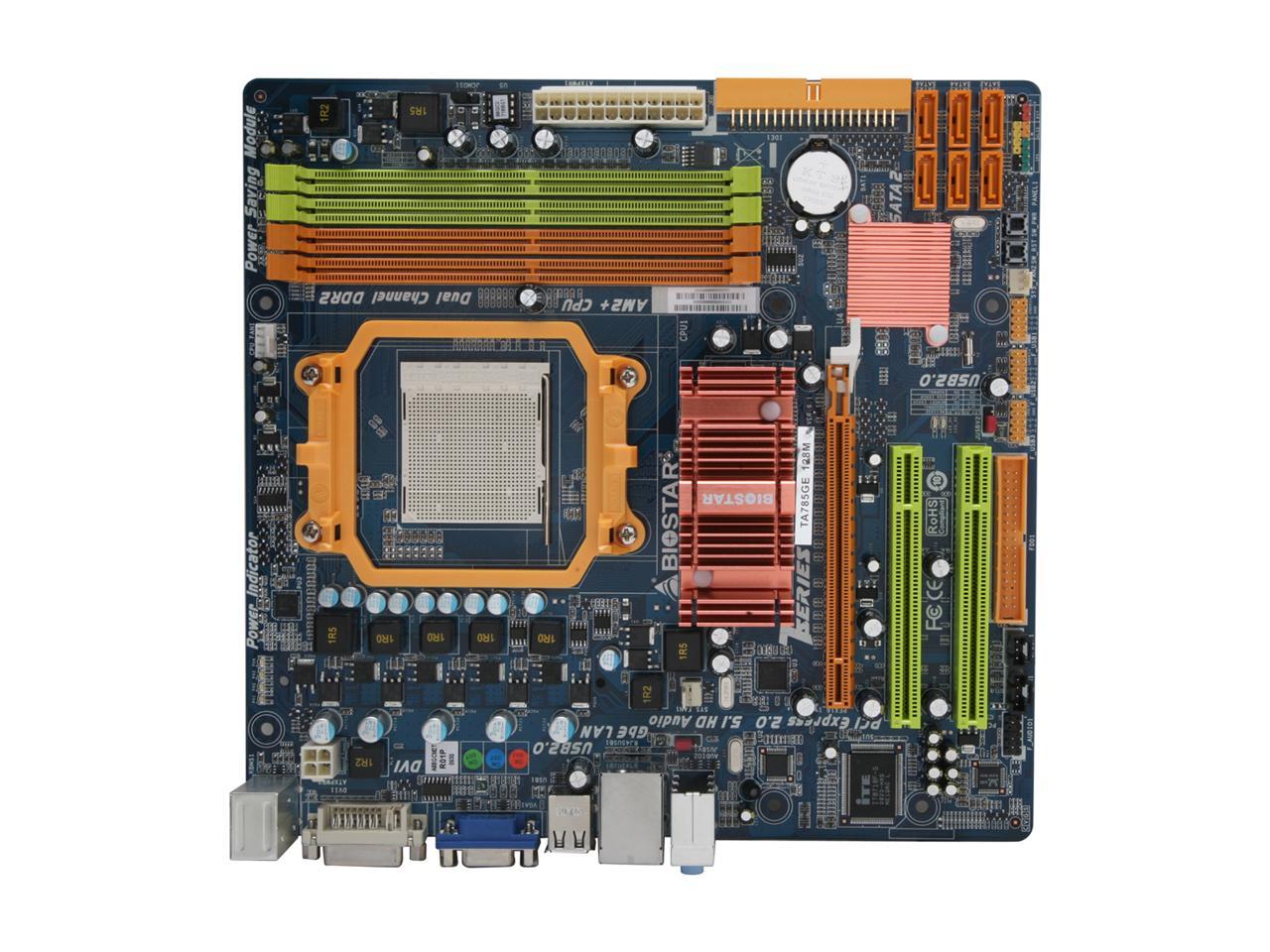 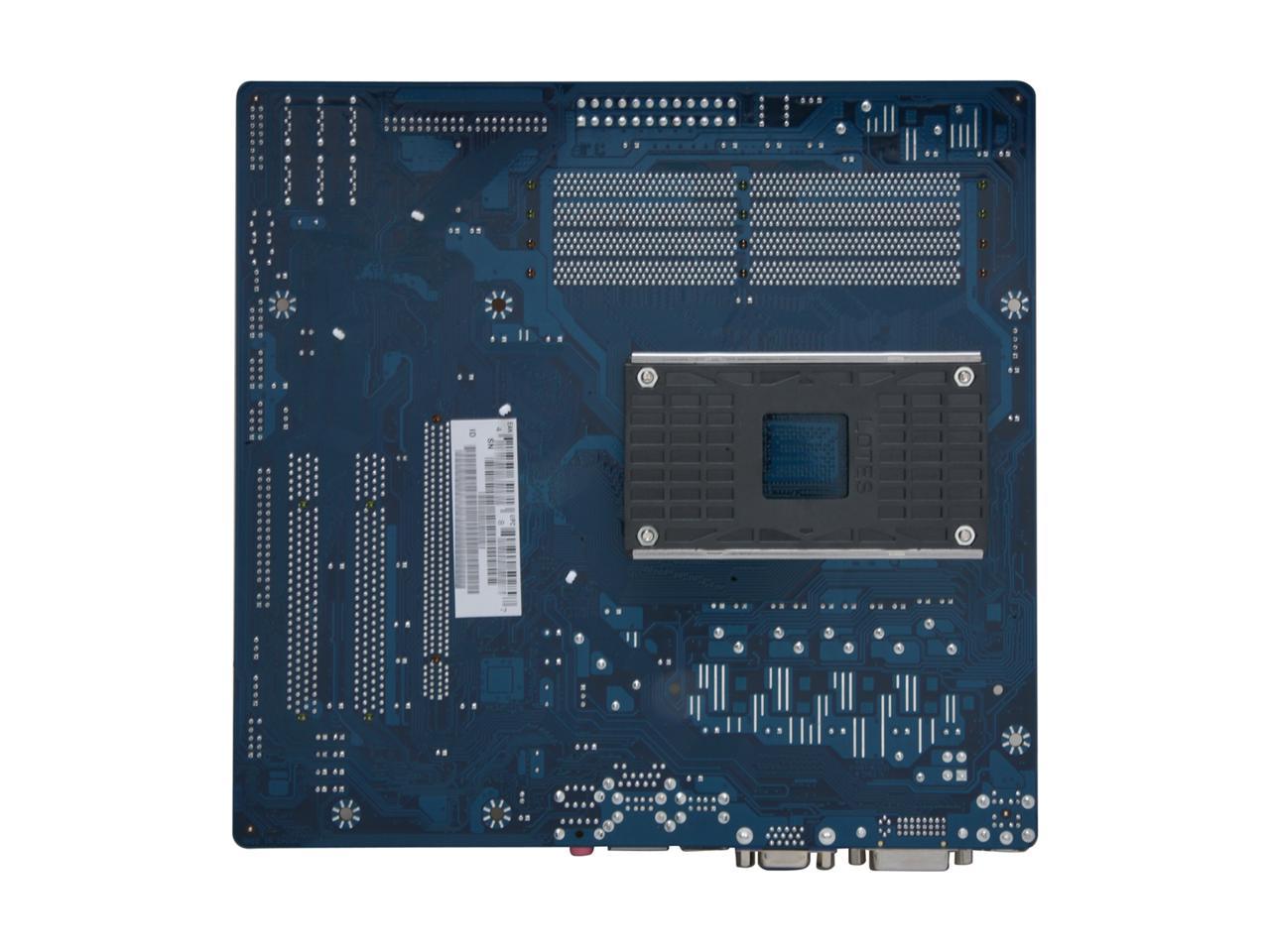 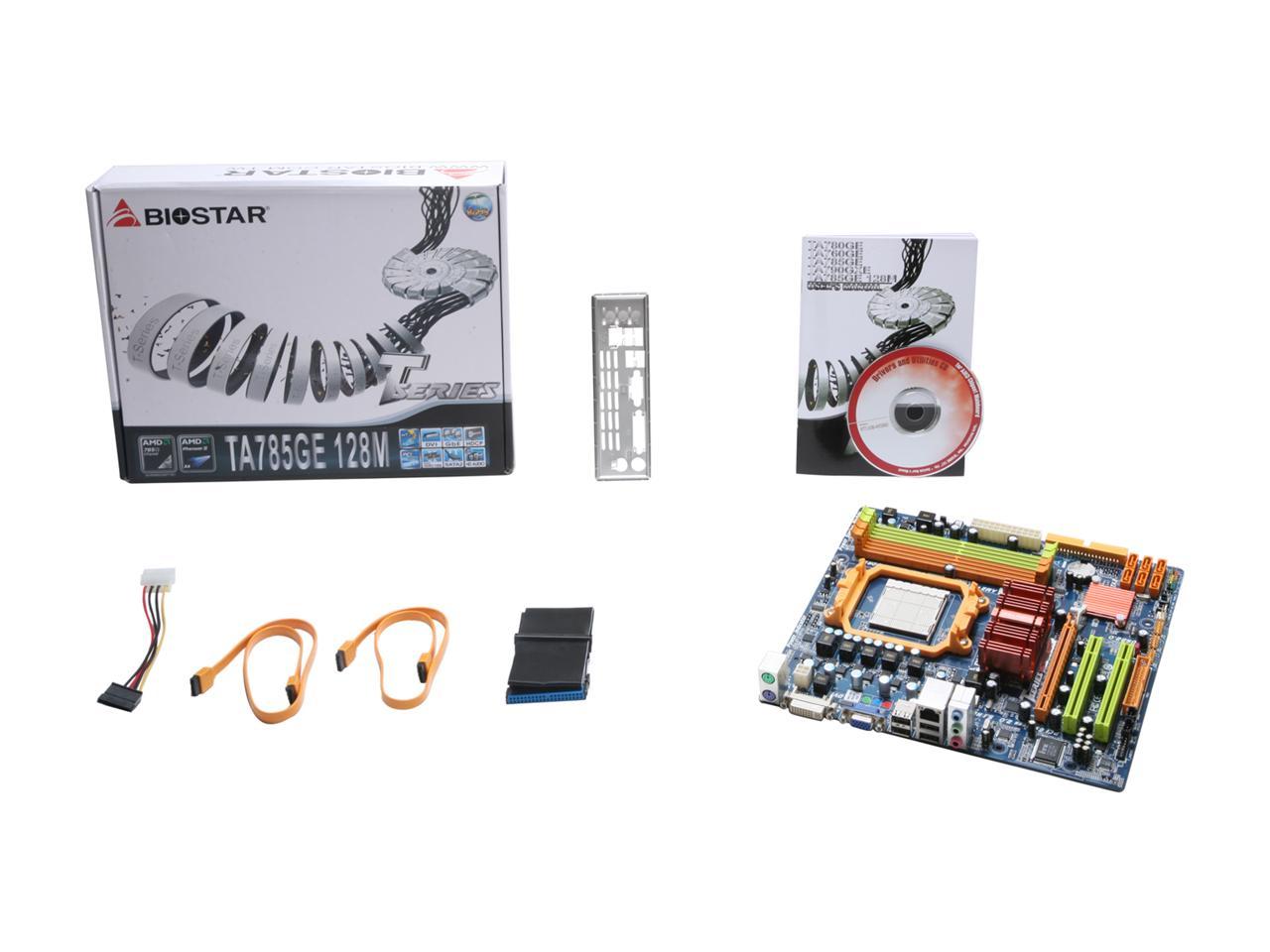 Pros: °Worked first time, boots reliably, both on HD and CD/DVD. °Surprisingly little power draw for typical use (such as writing this review) of 46 watts. °Overclocking the CPU / GPU / Sideport/ DRAM clocks are easy, with three primary choices: Normal, "Factory Overclock" (3 choices) and "Manual". Voltages are easy to set too. °I really appreciate the built-in Memtest, to make sure that clock & voltage tweaks aren't going to result in crashes. °Ability to move up to an AM3 processor, such as an Athlon II or Phenom II without tossing the board. °The most "bang-for-the-buck" of any of the 785G boards

Cons: °All the bright LEDs inside could use a little dimming. In a closed case, they don't have any function. °I also think I'd have made the "Status" and the "Power" lights different colors. °HDMI connector would have been nice, as well as a digital audio out. °AMD/ATI needs to get off the stick and release better Linux drivers for the 785G chipset. The GForce 6100 board I have will easily run Compiz (3D desktop effects) - with a 1.9GHz Athlon X2! This same criticism would be for any 785G board. °No underclocking the processor. °None of these are game-changers (or rating-changers), as it's still a great value.

Overall Review: °Unlike "drdancm" I've bought several Biostar boards in the last 8 years and not had problems with them. (The only board I've had to return in that time was one ASRock board.) °My system includes this board, 2GB Kingston DRAM, Athlon X2 4850e 2.5GHz 45W, Seagate ST3250410AS (250GB), LITE-ON DVD±R Burner, OpenSuSE 11.2 Linux. I've not upgraded the BIOS yet, but I doubt there will be much change in my opinion. °I'm still waiting for NewEgg to get some greener CPUs in, like the 45w Athlon II 605e! °(Disclaimer: I used to work for nVidia, as an engineer there.)

Pros: Everything's been working together smoothly since I purchased this board without any issues. My phenom II x4 810 works very well with it. The RAM limit is good as well for such a small board. For this price, it's a great board.

Cons: Watch out for the GPU lever. It's a pain to reach when a card is inserted and will easily snap off if you need to take the card out frequently for troubleshooting like I did. The screw holds the card in well enough on its own anyway, so it's not a huge deal.

Pros: I upgraded one of my test machines with this board. In just under an hour, it was installed, configured, and up and running. Currently running it with a II 550BE. Ran at stock speeds for a day before OCing it. It's been running a week now at 3.6G 24/7 on air - stable and cool. The dual-rail CPU/NB power allows for flexible OC tweaking to run at cooler temps. Integrated video provides high quality with good performance. Not used for gaming, so I can't comment on it's gaming performance. I have 8 Biostar MBs in service that I use for software development and testing. Two of them are over 2 yrs old, and have been reliable and stable. Great budget board to consider for upgrading.

Overall Review: Recommend updating the BIOS to at least the 88GCO723.BST (or later) from the Biostar site.

Pros: Awesome motherboard for the price. Easy to overclock and unlock cores.

Overall Review: Got this motherboard with the x2 550 BE combo. I had no problems overclocking or unlocking my CPU. Very easy with lots of adjustability. Also did not need to update the bios to do so, unlike some reviews suggested. Highly suggested

Pros: Great inexpensive board. It has taken my 8450 X3 to 2.5GHz where's in other boards it would only do 2.3GHz. CPU & chipset run cool. BIOS is easy to navigate and OC with.

Cons: No PMW heatsink on the mosfets, but that can be fixed easily enough.

Overall Review: This is a good up grade board for people that have spent allot on DDR2 ram and want to keep it. I'll try my 9500, 9850 and 955 in it next to see how they OC. It also makes a great board for you F@H people looking to setup a farm or replace some older boards.

Pros: Worked right out of the box. So far it has performed flawlesly. I bought this to replace a malfunctioning motherboard that came in my HP Media center. Installed it, hooked everything up and it has worked without an issues right from the start.

Pros: This board is simple, yet powerful. I transferred my Amd 3.2ghz dual core processor from my Asus motherboard which started to act quirky. I dropped an ATI 4850 1gig video card in it and it rocks. I'm playing COD Modern Warfare 2 at full resolution ( 1920 X 1200 ) with no jerkyness. I am very pleased with this motherboard so far.

Cons: Long video cards obstructs the Sata connections on the motherboard. With a right angle connector, this can be overcome.

Overall Review: You will not regret this purchase if you are looking for a budget motherboard that is very practical. It does not have all the bells and whistles like some do, but keep in mind that the more you have; the more can go wrong.

Overall Review: This seems to be a great board so far. Running Win7 x64 and Media Center no problem. I would buy again.