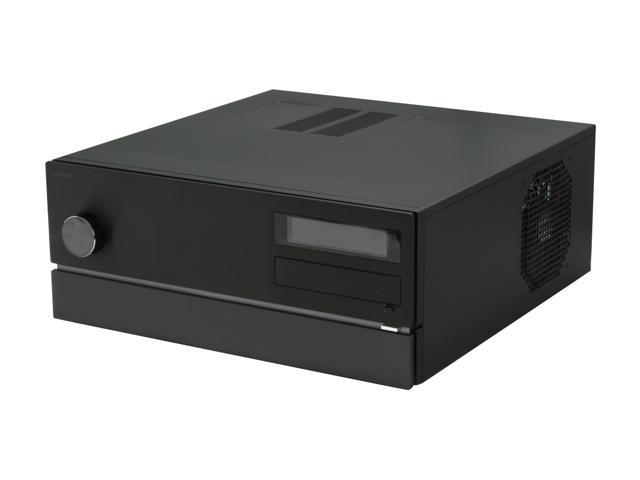 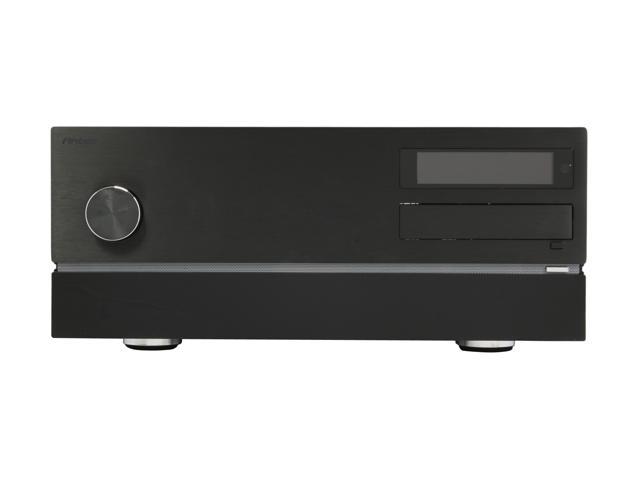 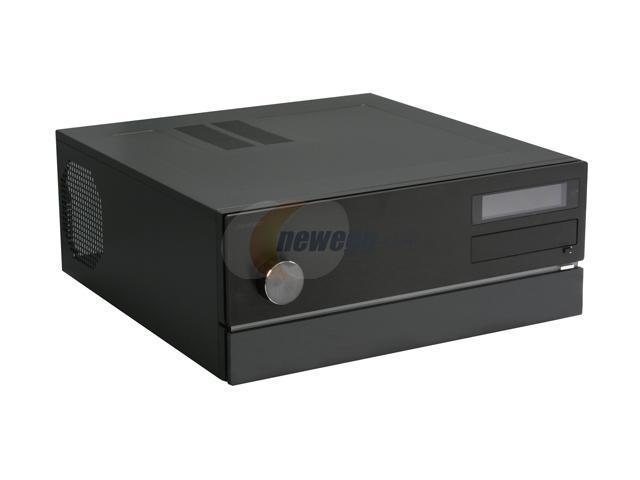 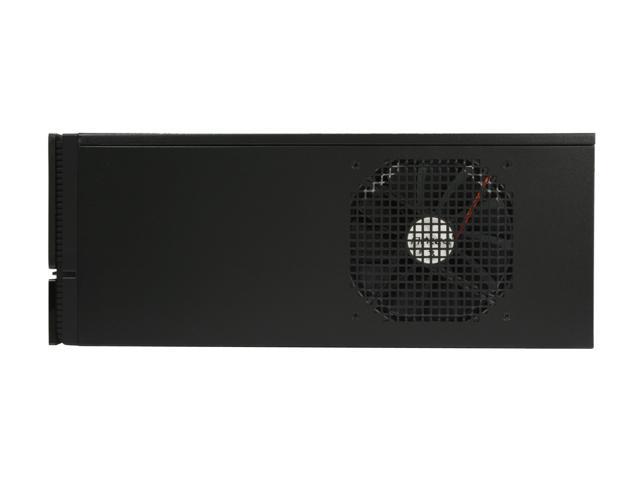 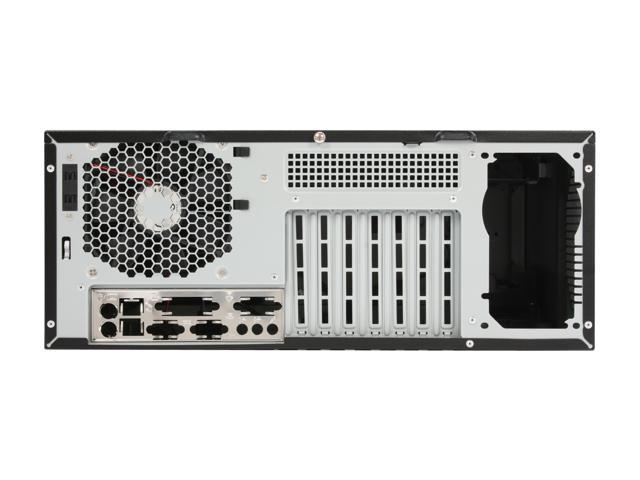 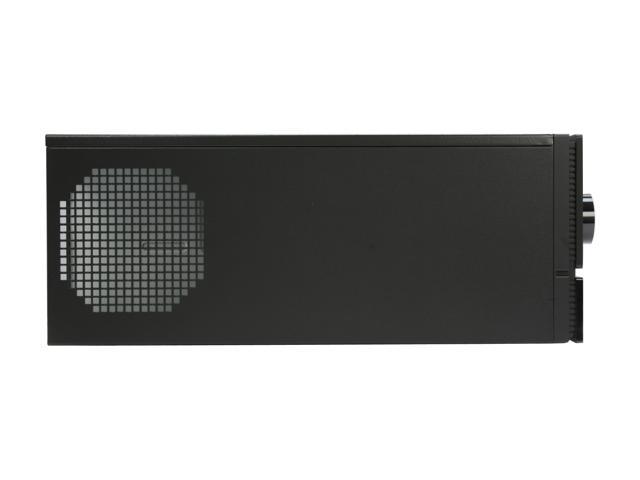 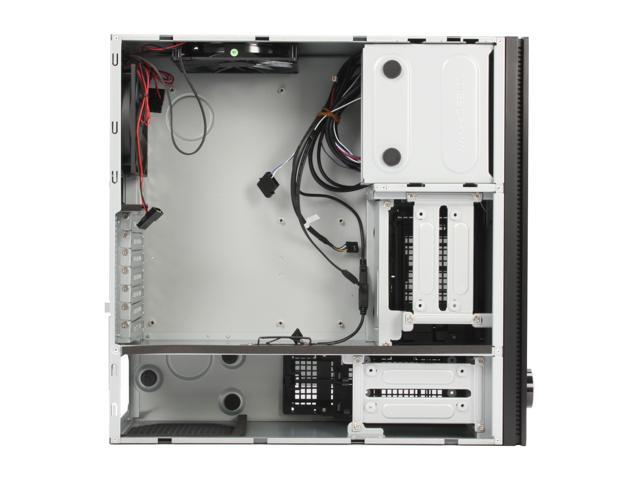 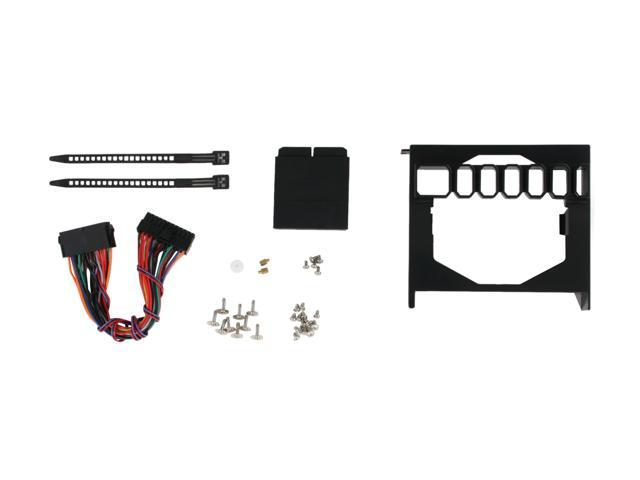 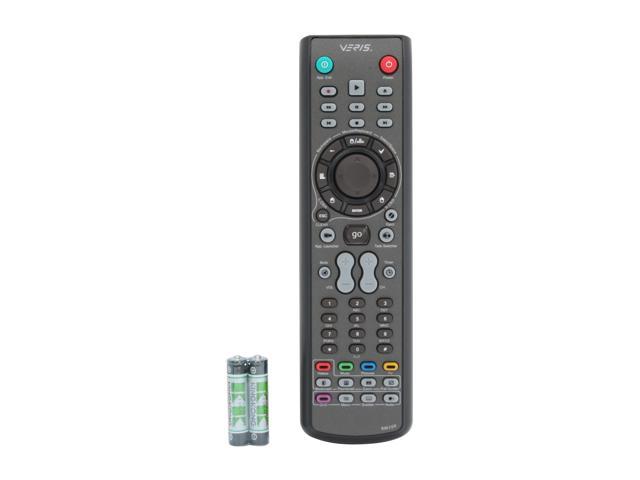 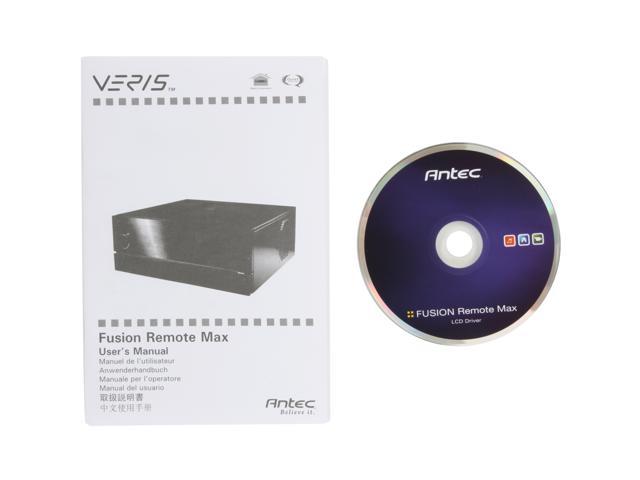 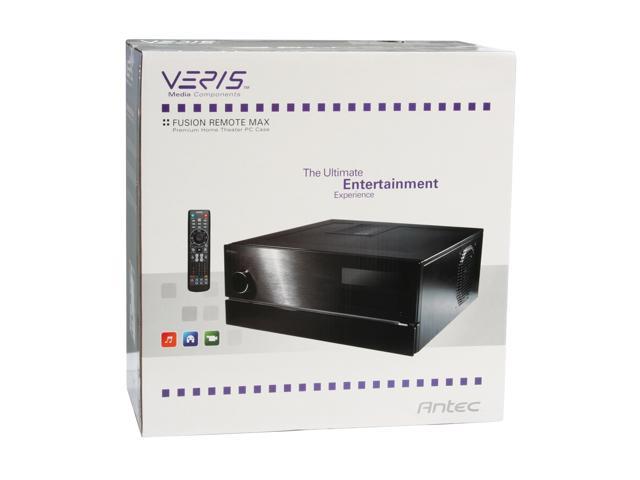 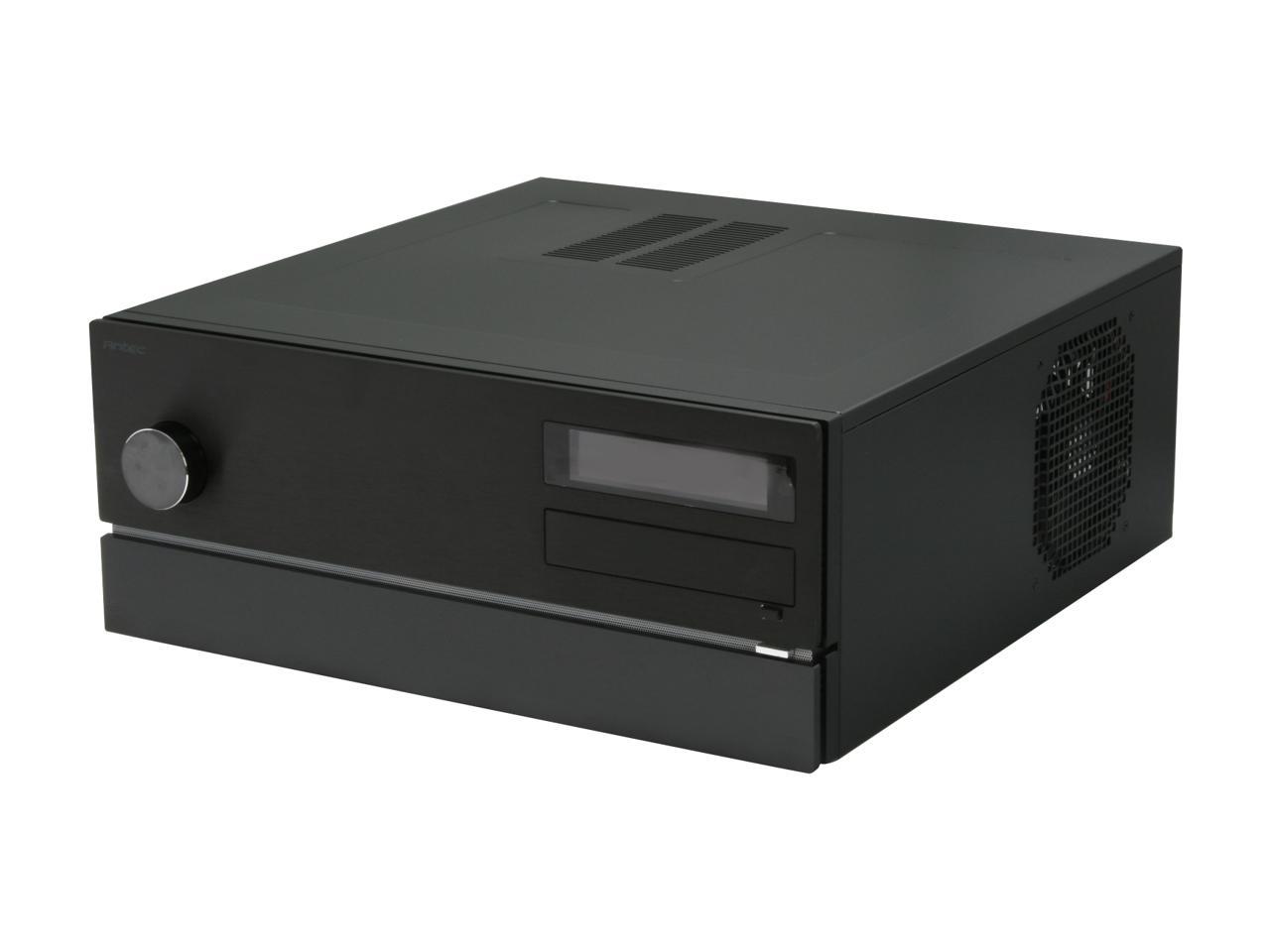 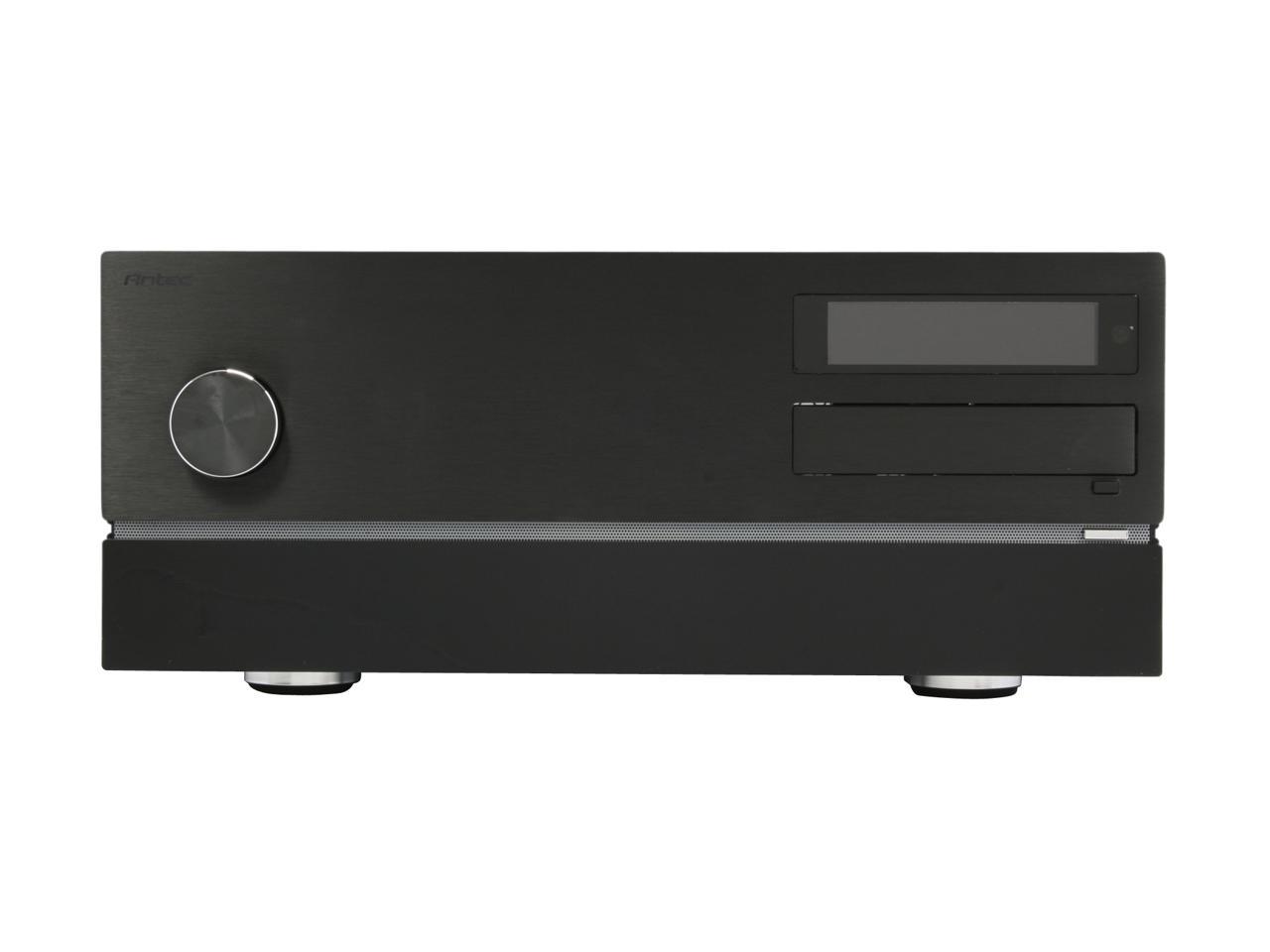 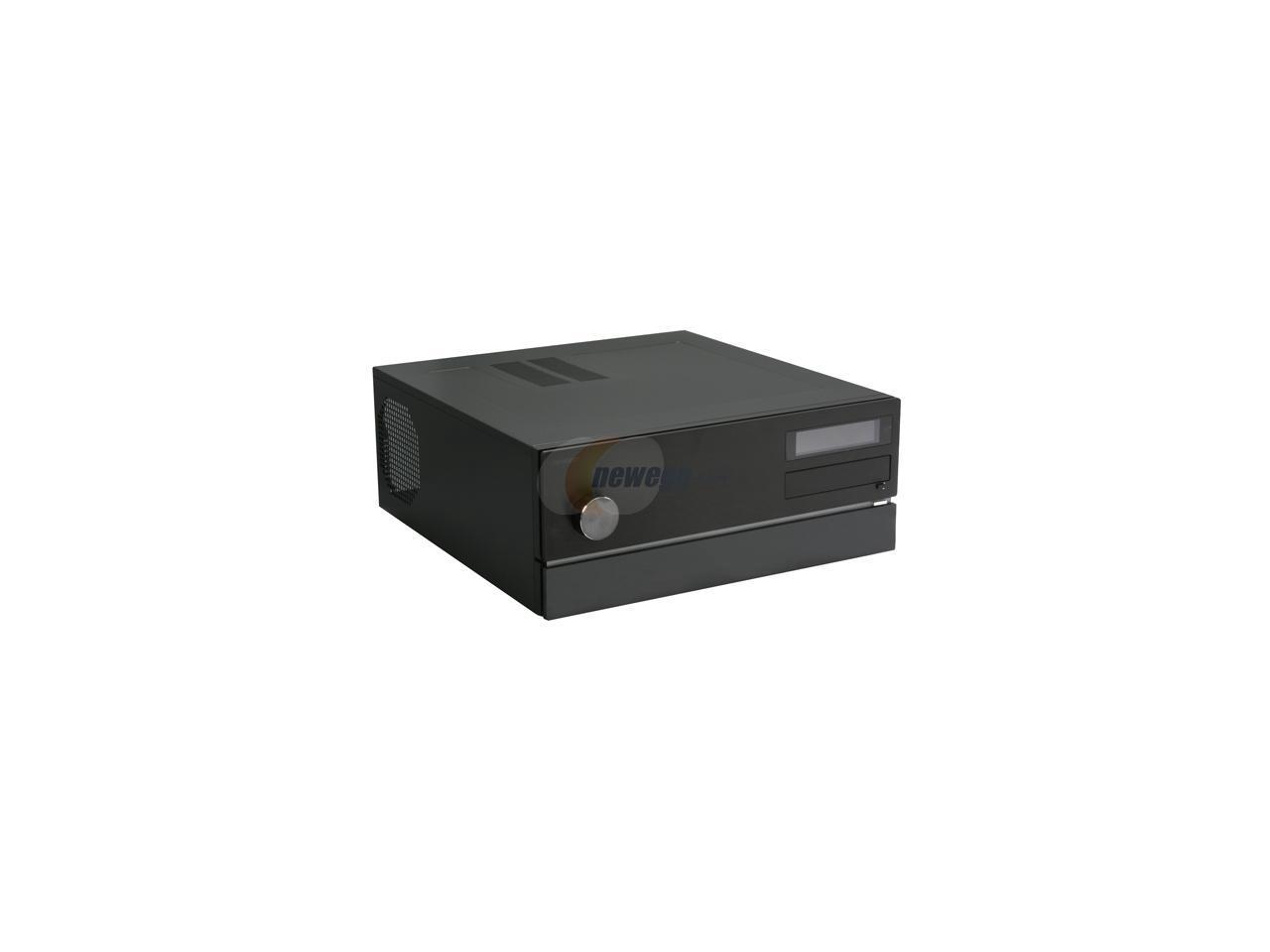 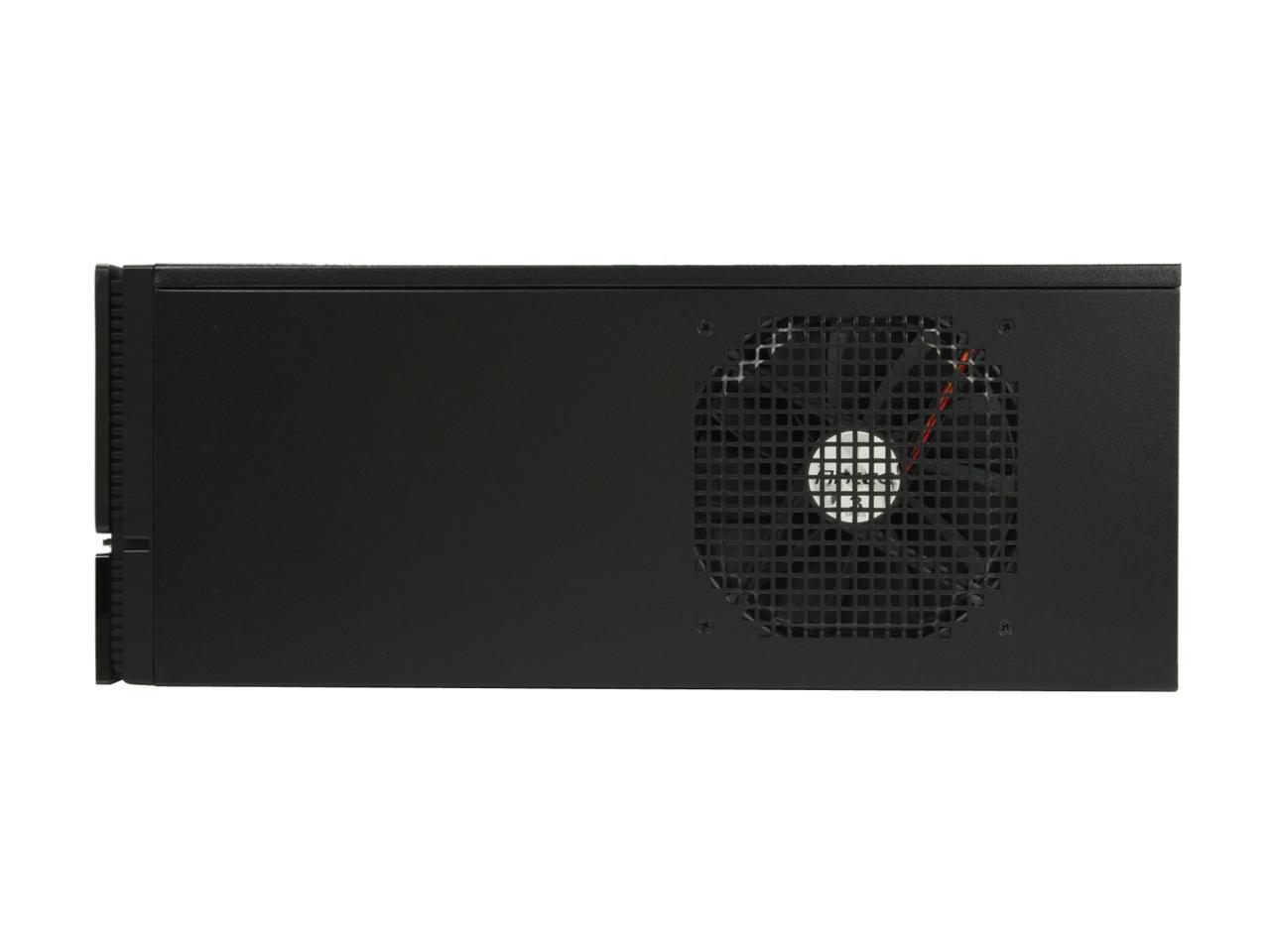 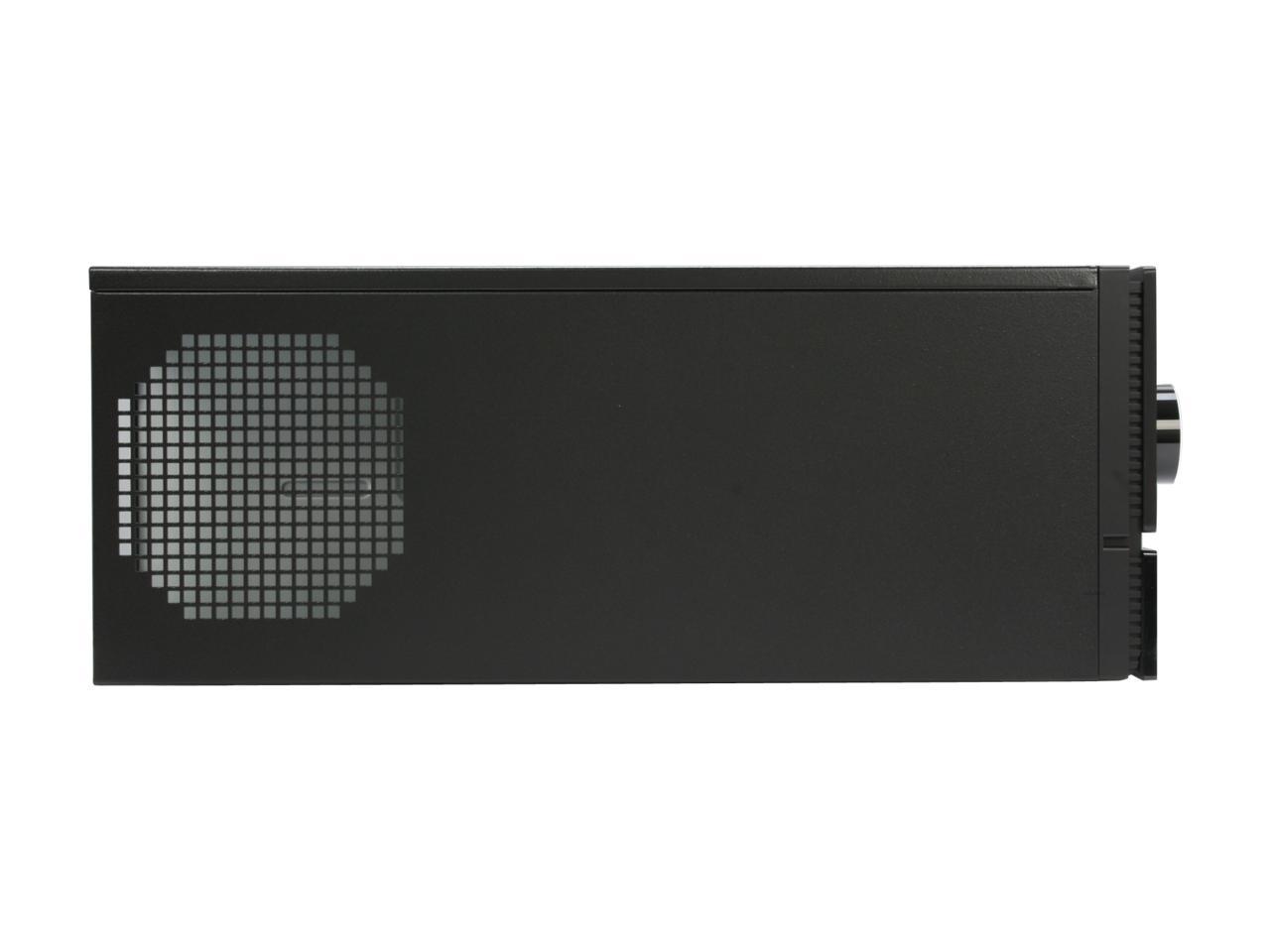 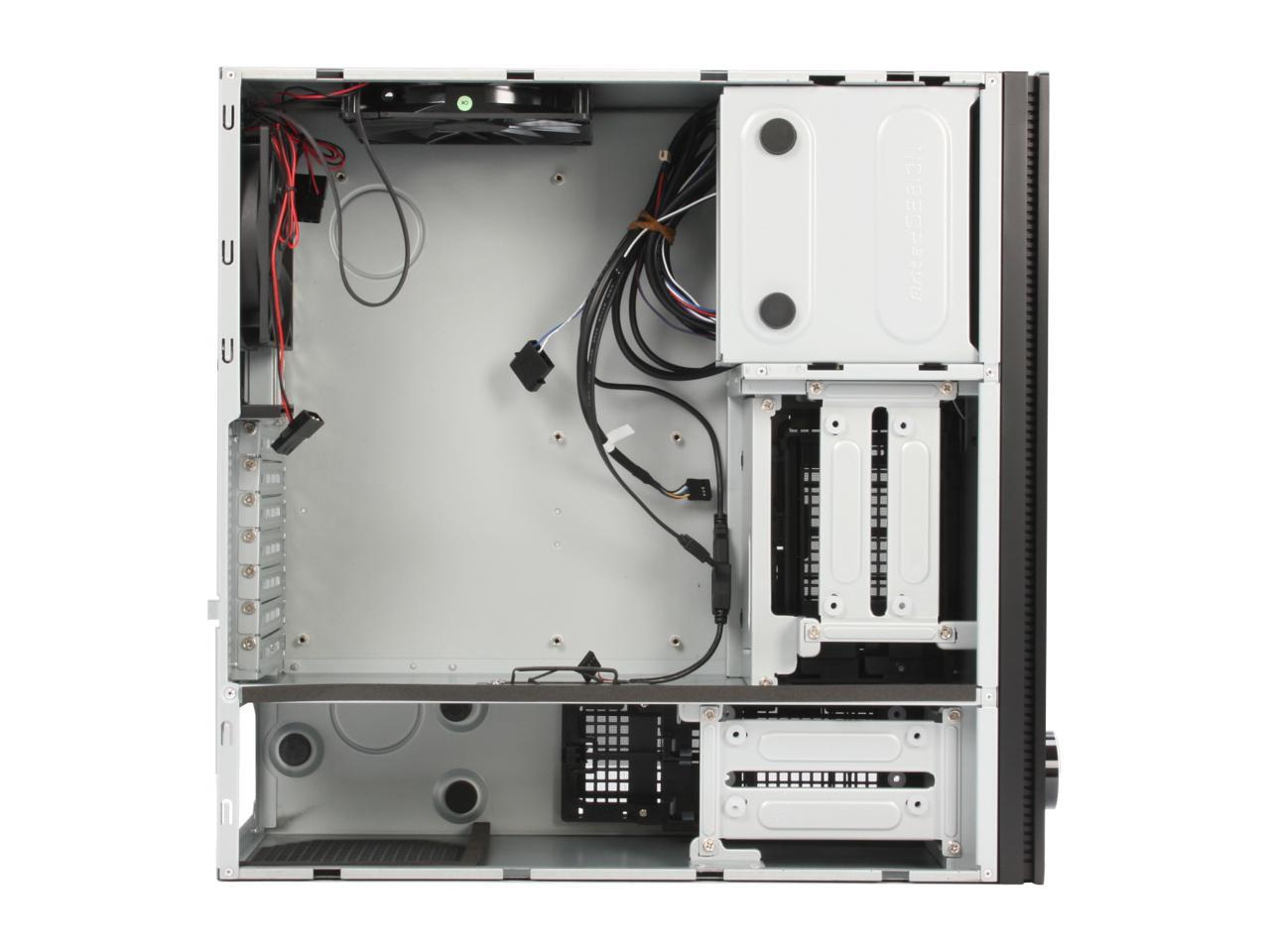 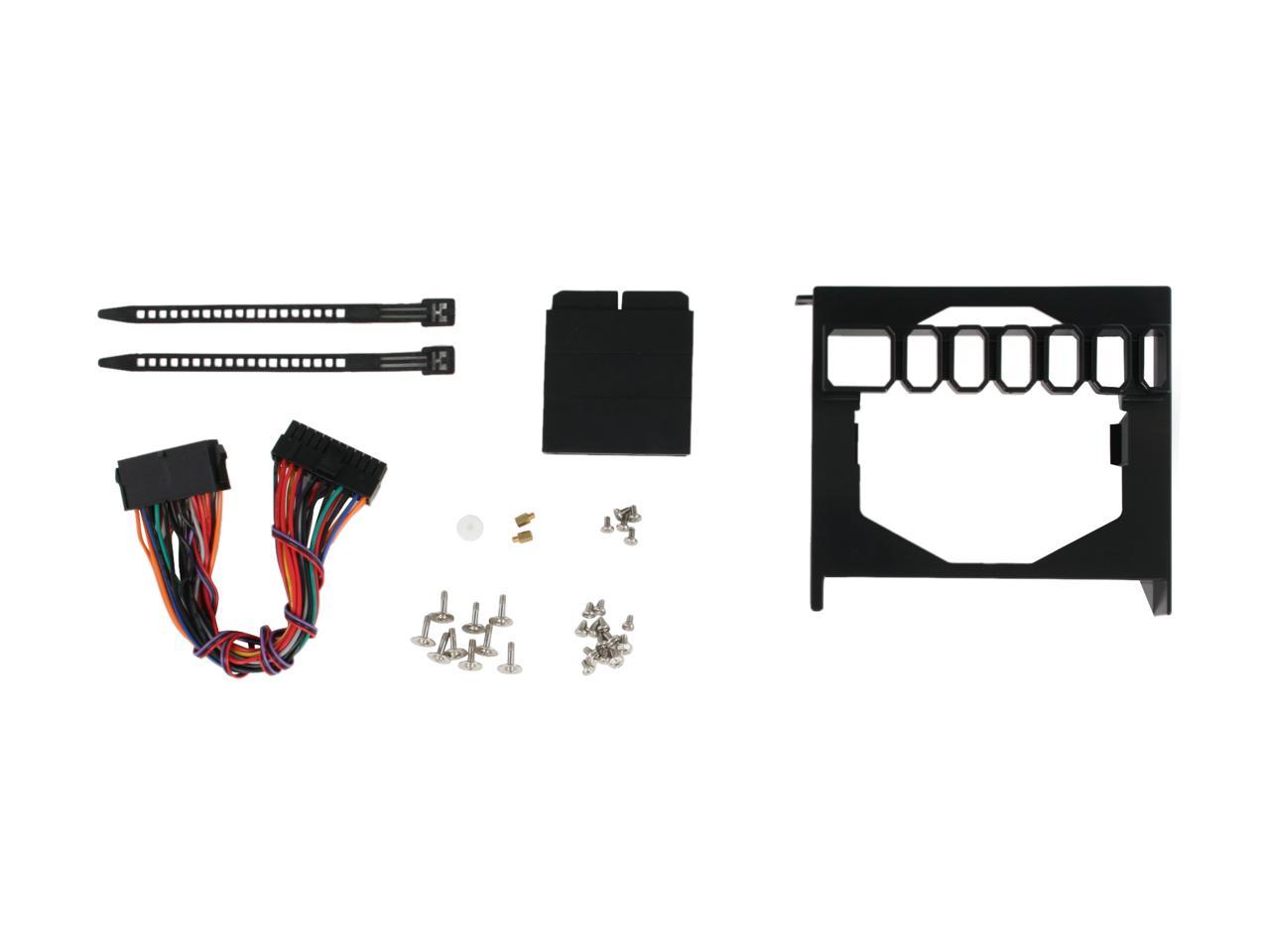 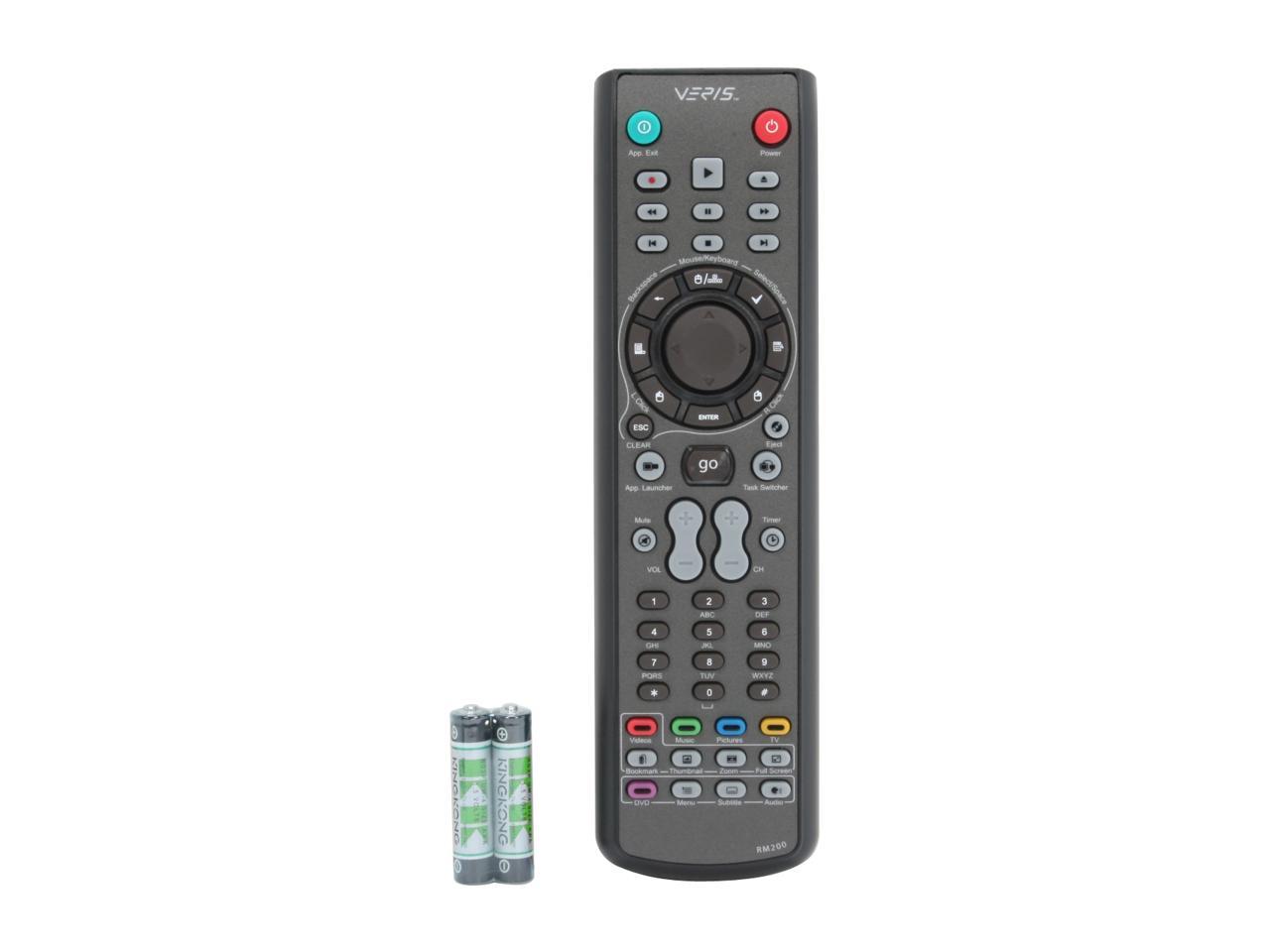 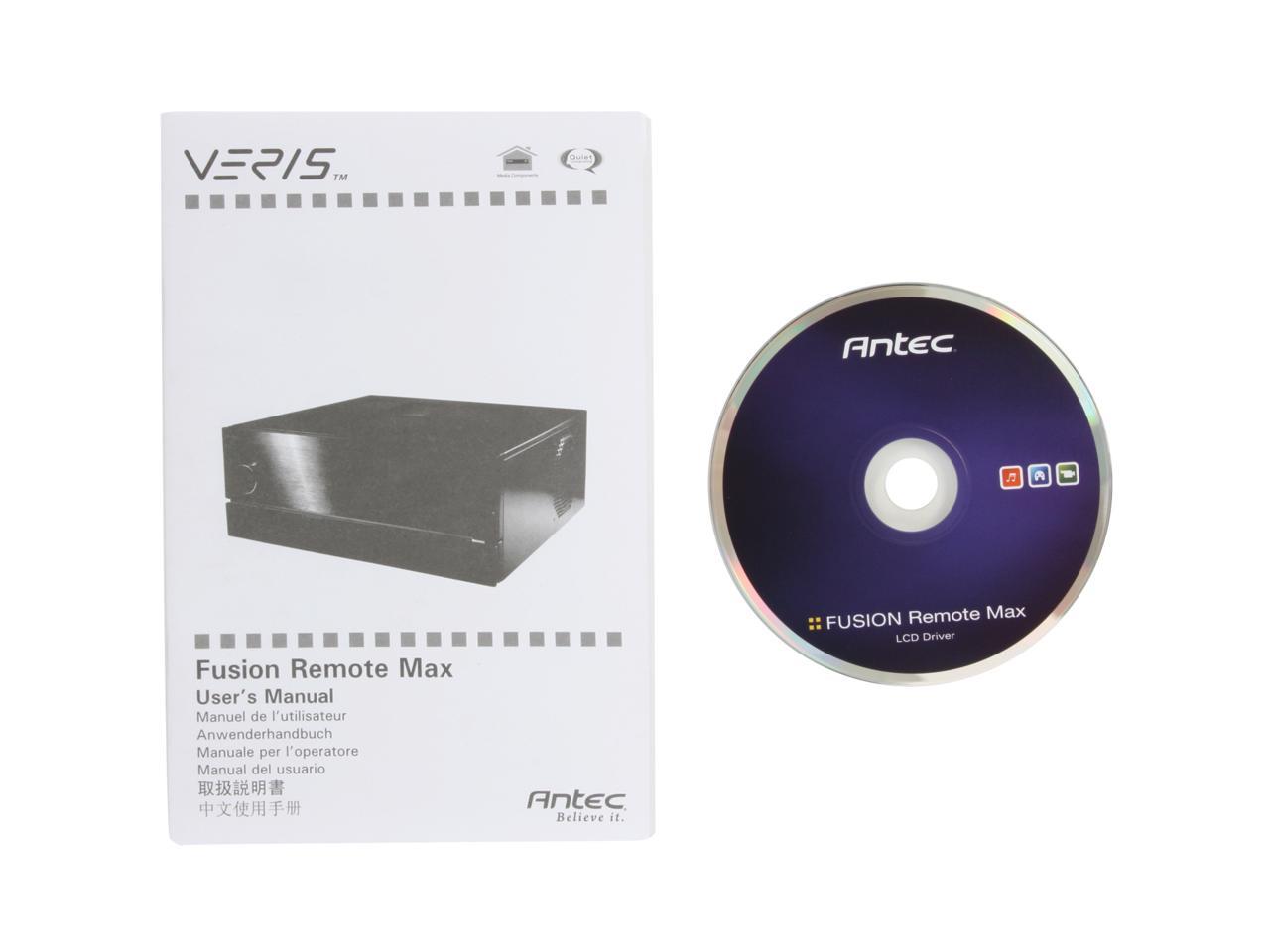 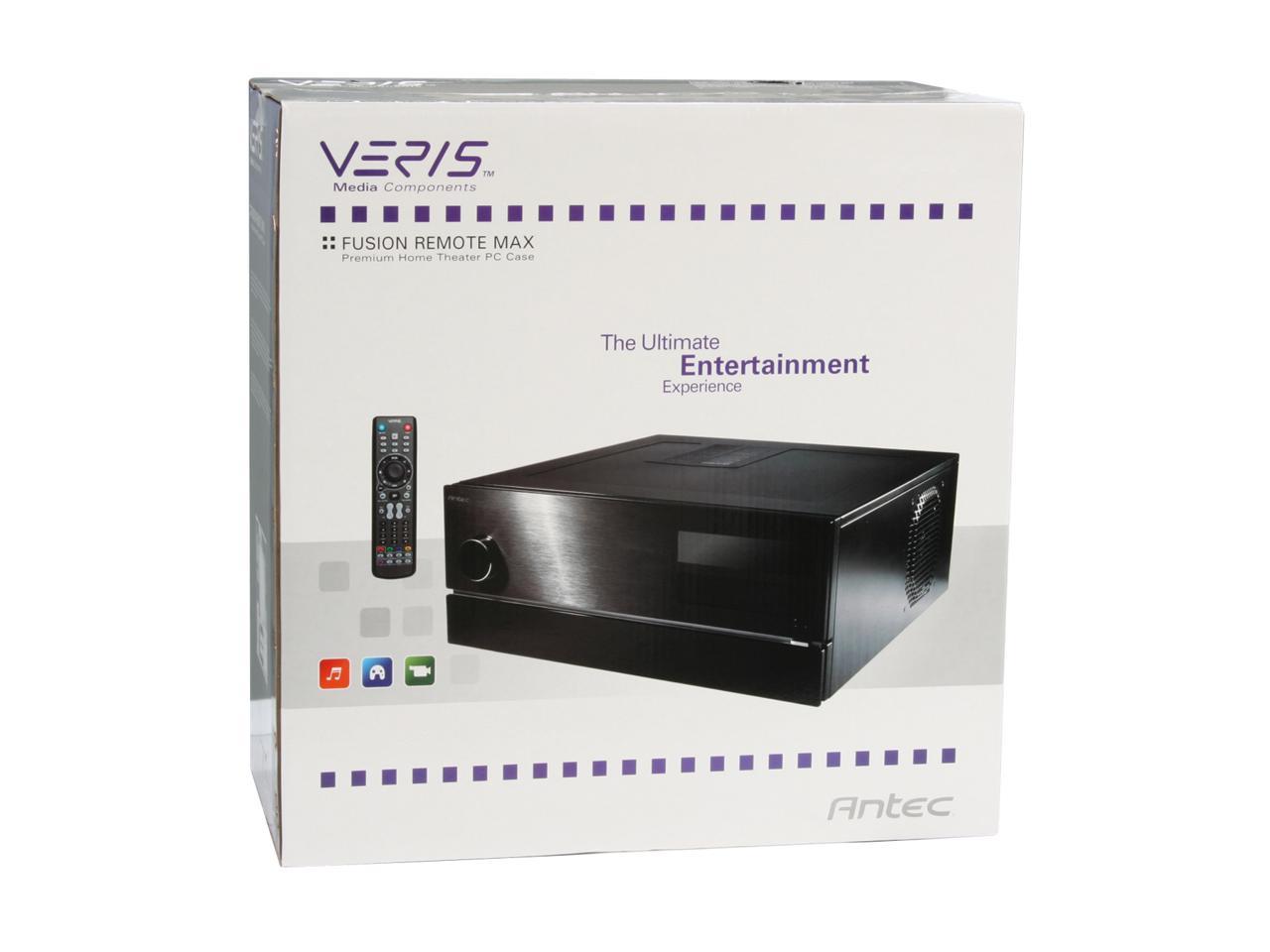 Cons: Fans are loud, even slightly too loud at low speed. Replaced the 120 w/a Scythe S-Flex Medium Speed unit, added another for the Ultra 120 Extreme, and am currently waiting on an Aerocool Slipstream 140mm which should be just as quiet as the Scythe's. I do wish you didn't have to remove the hard drives to install a secondary intake fan, so I'm not going that route. It's a BIG case, hence why the Ultra 120 Extreme fits, but I do wish it was a little deeper (so you can add a fan for the HDD's & Video Card), and a little wider (so the SATA power cables weren't pressed against the metal HDD section of the case). But beyond those, very beautiful! I'd definitely buy it again! Only thing I should take an egg away for, but I'm not, is it only came with enough "special" screws to mount 2 HDD's. It has provisions for 4 HDD's, it should come with enough screws to mount them all! Maybe I got jipped, maybe this is the way it comes, but either way...not enough. Can't just go buy them either.

Overall Review: I've only played with the IMON remote & software a bit, but seems very good as well. Starting to think I didn't need to order a Keyboard & Mouse, but oh well, only time will tell on that. I followed what others said, and I'm glad I did...BUY A MODULAR PSU!!! If I didn't, I'd be in serious trouble with nowhere to put the extra cables!

Pros: This HTPC case rocks. The case is large and has great cooling. I was skeptical at first about the hard drive mounts. After I figured out to just let them hang from the top down I really liked them. I have 2 x 1tb Raid1 and 1 x 640gb WD that are silent. Just like the Antec 1200 case all the air intake vents have screens to keep dust down. The LCD is nifty with the streaming content you can put on it. If your wondering the Big nob on the left is for volume.

Cons: There is a brace that makes motherboards with a 90 degree sata connections very tight. I managed to fit mine with the EVGA 730i by leaving the solid plate out where the front HD's mount. Both top and bottom sata's fit in still. This isn't really a con but a suggested improvement. The separate mount that holds a 120cm fan in the front Hard Drive bay can't be used if you put any HD's with it. It's one or the other.

Pros: Dust filters, triple chamber, quiet fans, simple stylish design, covered buttons and ports. Best of all, you're not forced to buy a PSU with the case. Went together without a hitch, worked on first try. High quality with folded edges, etc.

Overall Review: After seeing this on reviews for CES 2007, I knew I found my perfect HTPC case. Have been using modified Ultra piece of cr...., which I shall now burn!

Pros: I really like this case. It's my first HTPC build and I wanted to use a full ATX mb with the spare e8400 and 8800GTX I had laying around. I had this thing build in a few hours, no issues. Plenty of room inside, with some minor exceptions. Fit/finish is top notch. Flip-down hides ports, sleek look. Nice filtering system, accessible from front. Lots of ventilation options. Flip-down optical cover smooth - no issues, hides drive well. Great rubber mounting grommets for drives; suspends them and eliminates vibration (I cannot hear them, even right next to them - though this is a function of the drives as well). Fan control accessible from rear, stock. Option to remove HDD bay (and lose two HDD slots) to accommodate large video cards (e.g. 8800gtx). Not only can you remove it, but they provide a replacement fitting so you can add another fan there if you want (I did). Does not come with a PSU (for me, this is a pro). Given what's in it - runs cooler and quieter than I expect

Cons: Although I had no real issues, I can see where, if you have a lengthy PSU, you might have issues with this case if you use the same compartment for your HDDs. I have a "normal" size PSU that is mostly modular and it took a little planning to install in the right order. 90 degree SATA connectors helped. The remote that comes with the case is pretty useless for me and it's much, much too sensitive (breathing on it causes the mouse to move). I use a wireless mouse for most of my movement instead of the remote. Also, the software relative to the remote (iMon or something) has a weak user interface at best and is quite cryptic.

Overall Review: The LCD is both a pro and con. I generally like it, but really wish the software driving it was more customizable. It's pretty lame what the display options are with the provided SW. However, it does display some useful info when tinkered with enough. The case is HUGE. I want to stress that. It's bigger than my receiver. It barely fits into my entertainment rack, but it does fit. On the flip side, I wanted it that way. I have a Zalman 9500 on the cpu, an ATX MB and a 8800GTX with stock cooler and it all fits pretty nicely. I added one extra fan for intake in front of the GFX card (since I removed the HDD tray there to fit the GFX card). Temps are great, especially considering the tight quarters I have the case stuffed into. 50c or so on GFX card with around 38 on CPU while idle. Not bad. PSUs with shorter MB connectors might have an issue getting through the routing hole up to the top of the MB. On mine, the 4pin connector barely reached.

Pros: you can fit x2 video cards and an extra fan to cool them better with.Lots of upgrade room.Ive looked at hundreds of media ceter cases and this one is by far the best one for the money!!!!The face of this looks great! It matches all my surrond sound and satellite equiptment.Im making my media center to replace the satellite reciever and dvd player.

Cons: The pictures dont give this thing justice at all.I figured it would be "OK" for my purpose,But when I opened the box a diamond came out!!!

Pros: Fits full size everything and looks great too. Components include Asus M3A78-T mobo, AMD phenom 9950 BE , OCZ Reaper 4GB memory, HIS 4850 IceQ turbo video card and P&C 750w psu. The ticker tape scrolling banner is a nice touch but really pretty useless. There are only 2 other very small lights so it is not bright and flashy. Bottom fold down door on front for all the connectors nicely hides them when not in use. Although this is a HTPC case, my goal was not that - it was simply to have a nice looking case for my family room since I use my 42" LCD TV as my monitor. For those with sensitive hearing: I have a total of 6 fans inside the case (2 stock case fans, 1 stock cpu cooler, 1 vid card, 2 psu) - very quiet. You hear a slight whir of fans if you are within 5 feet or so, but no issue for me. Everything runs cool as a cucumber.

Cons: Not convinced the included software - specifically iMedian HD - is very good. Honestly, I was not successful in playing a dvd movie with sound (almost inaudible). I am sure it is a sound setting somewhere but after 30 minutes of trying to figure it out, I gave up. Windows media player did just fine.

Overall Review: I really like the case and would it buy again. Software and remote is just fluff for me as the HTPC part is secondary so it gets 5 eggs. Newegg order processing and shipping is quite simply the best.

Cons: They had room for a card reader; why not pair one along with the other ports? (being picky). Tight quarters when installing hard drives. Close compartment walls make sata connections frustrating. Limited instructions for the remote, making it frustrating to use.

Overall Review: You pay a premium price for this units 2 extra 3.5 internal bays. You get basically an sexy atx case that looks better then most atx cases, but isn't as easy to work in. The compartments are too close together, which makes cabling tighter then it has to be. The compartment walls are very close to the hard drive connections and the sata connections. Remote requires direct pointing at the IR port to use. On the positive, many other cases that look as good as this one are more expensive, so it's priced competitively. My suggestion though is to skip it if you don't need the extra hard drive space. Buy the fusion 430, and save 40 bucks, plus get the power supply. I'm dumping the remote for an air mouse. Its tall, and deep, so plan accordingly if you are adding to a small space.

Pros: Great construction! Solid yet doesn't weigh a ton. Ventilation is great design is great, plenty of room for a full size video card or if full size card not needed room for 2 more drives.

Overall Review: with last minute change of plans I supplemented the power supply I originally chose for a great deal on a bigger power supply, witch was larger in size and doesn't vent out the side and partially covers hole designed for cable pass through. long story short, if you buy a longer power supply you might be using hard drive storage space for wire storage.