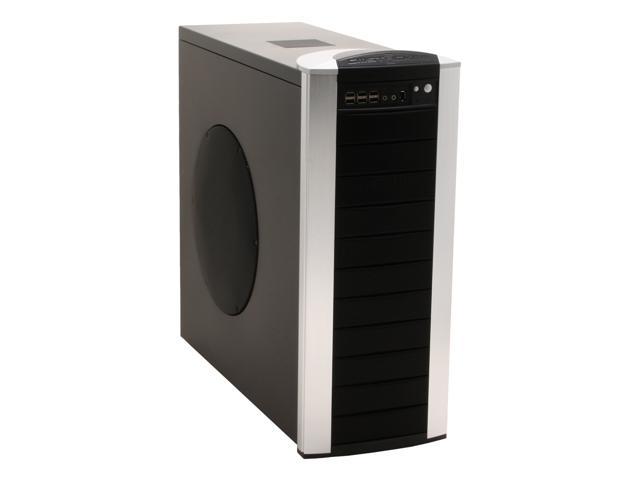 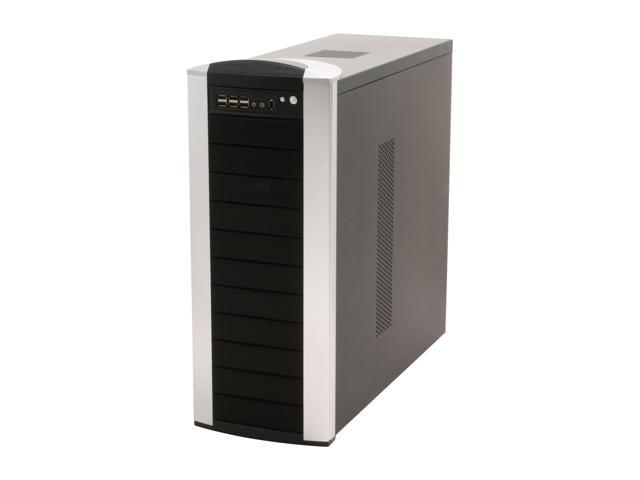 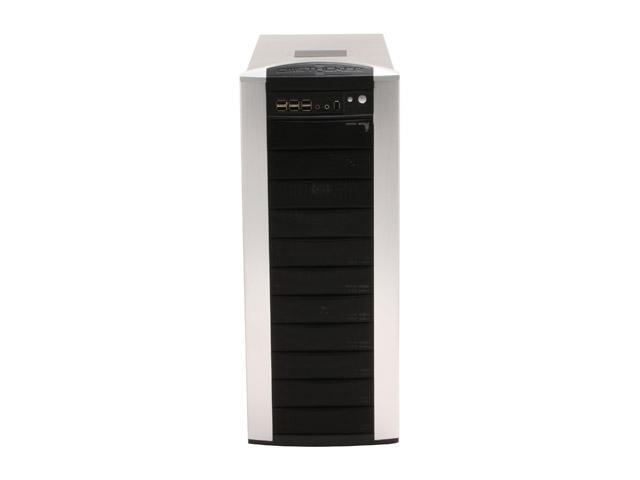 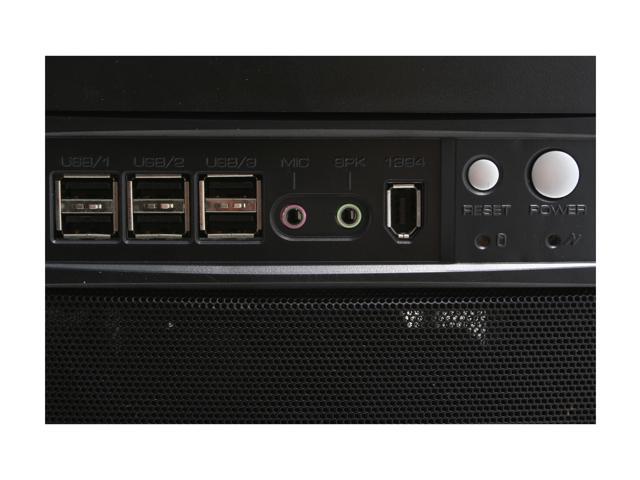 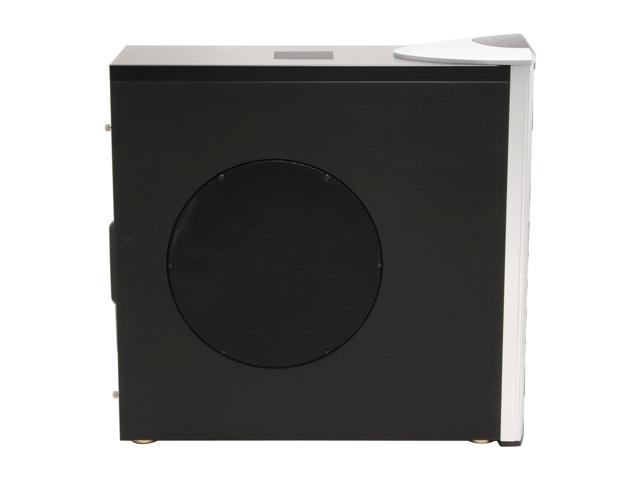 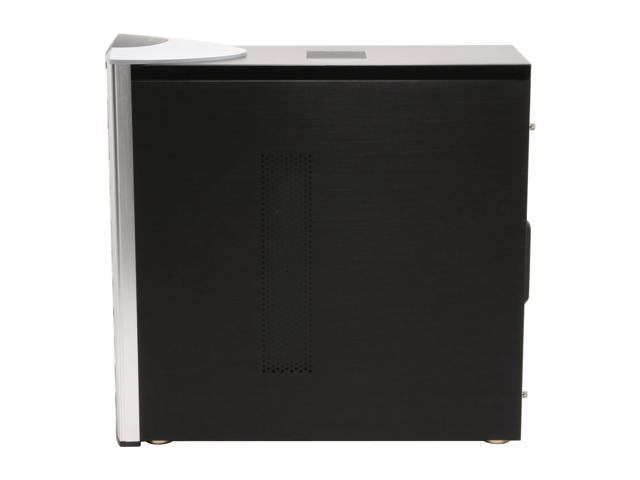 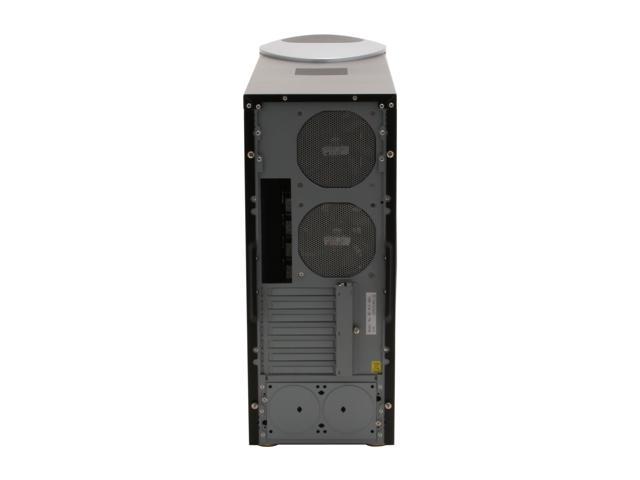 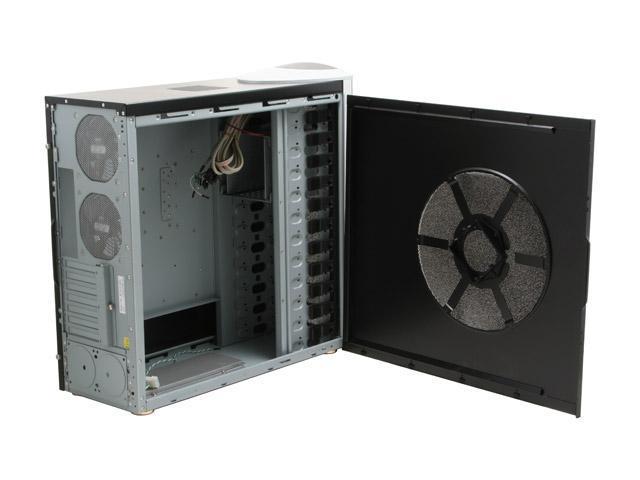 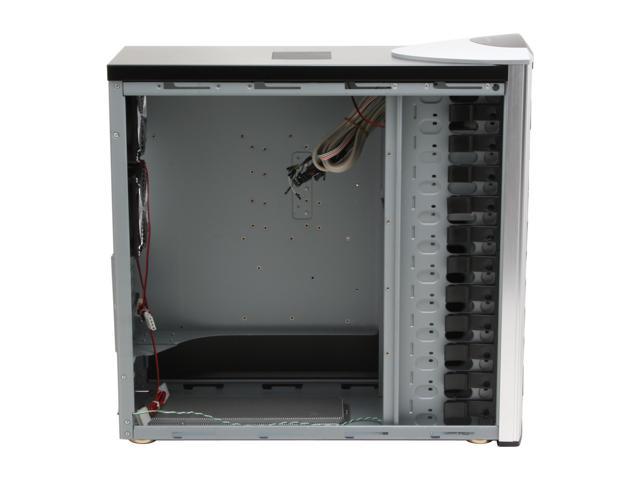 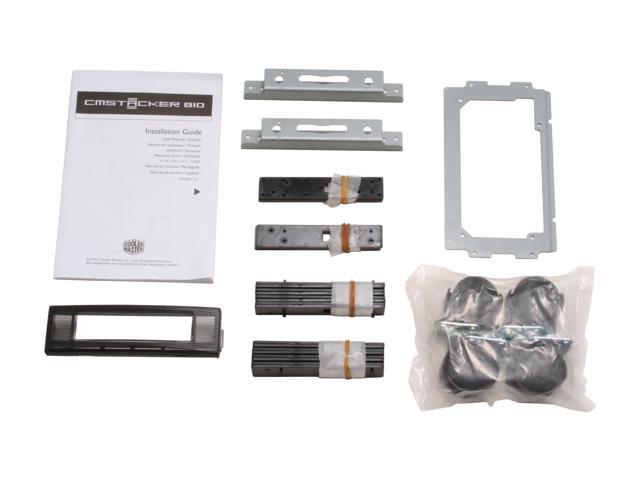 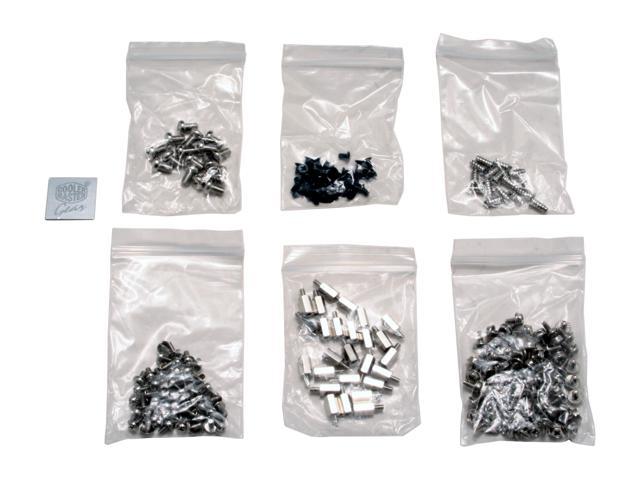 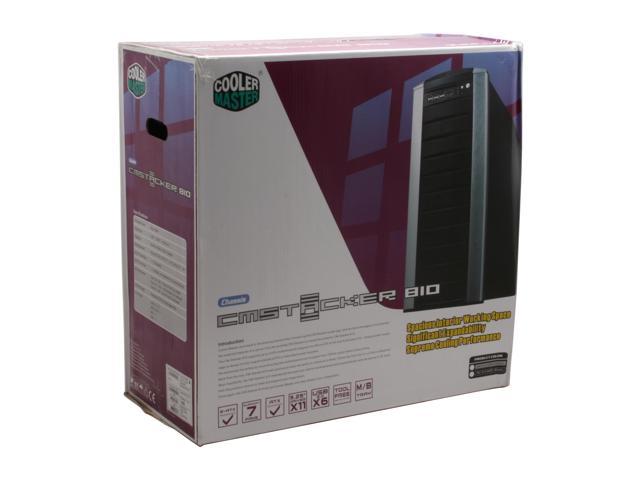 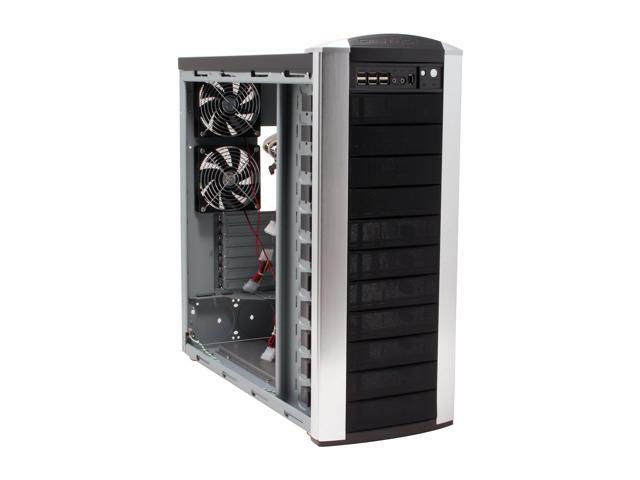 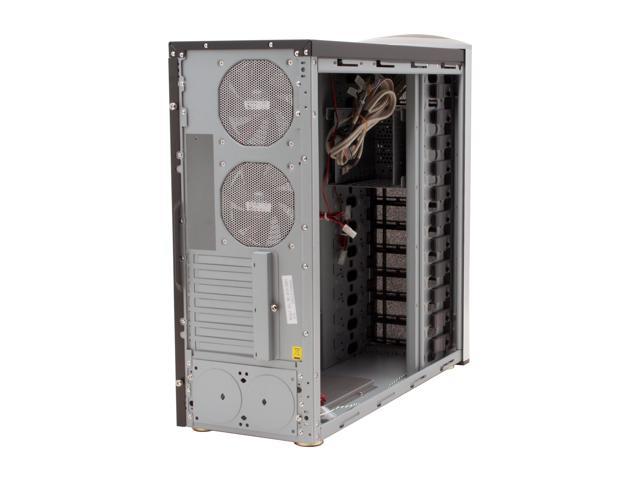 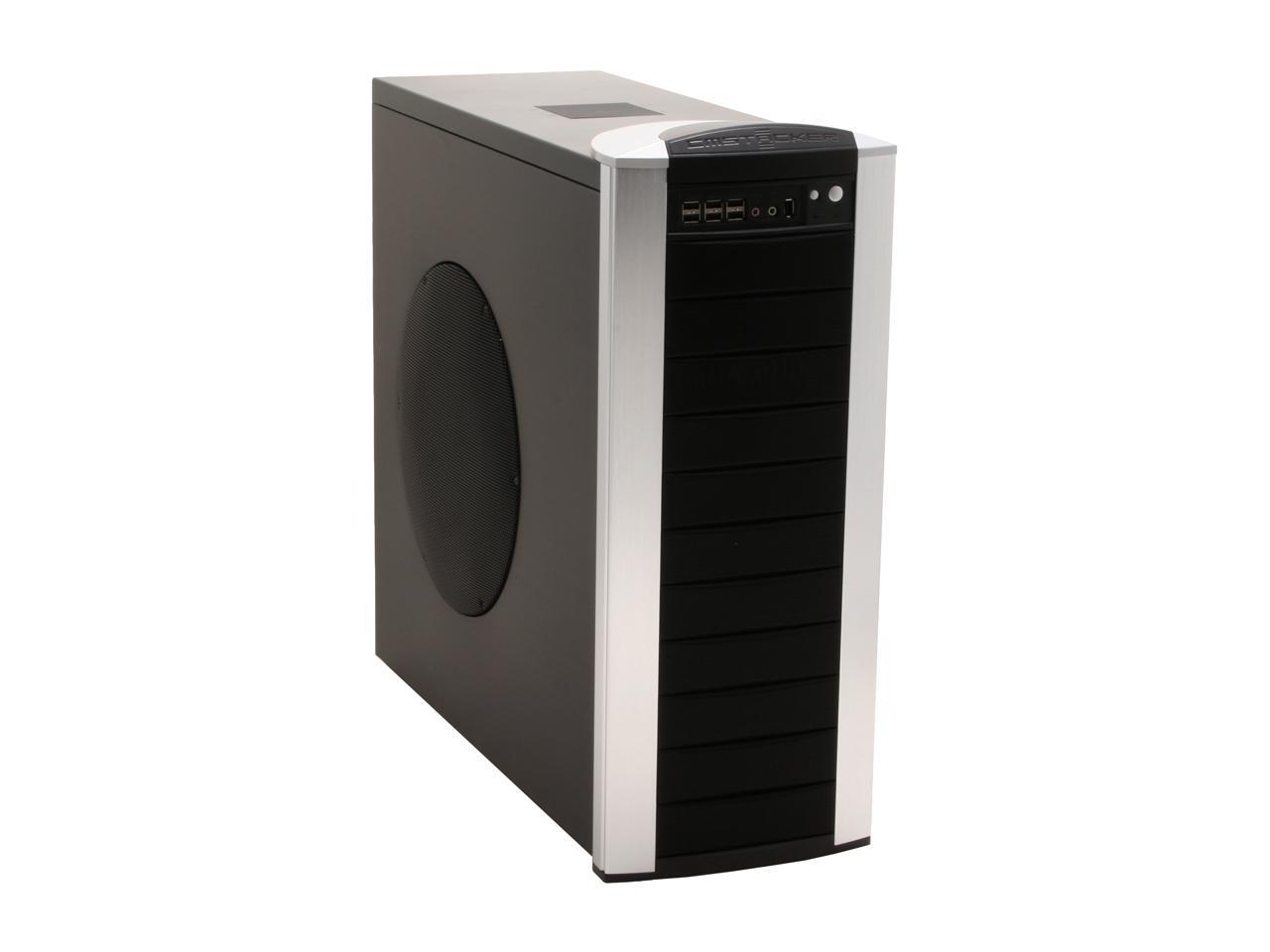 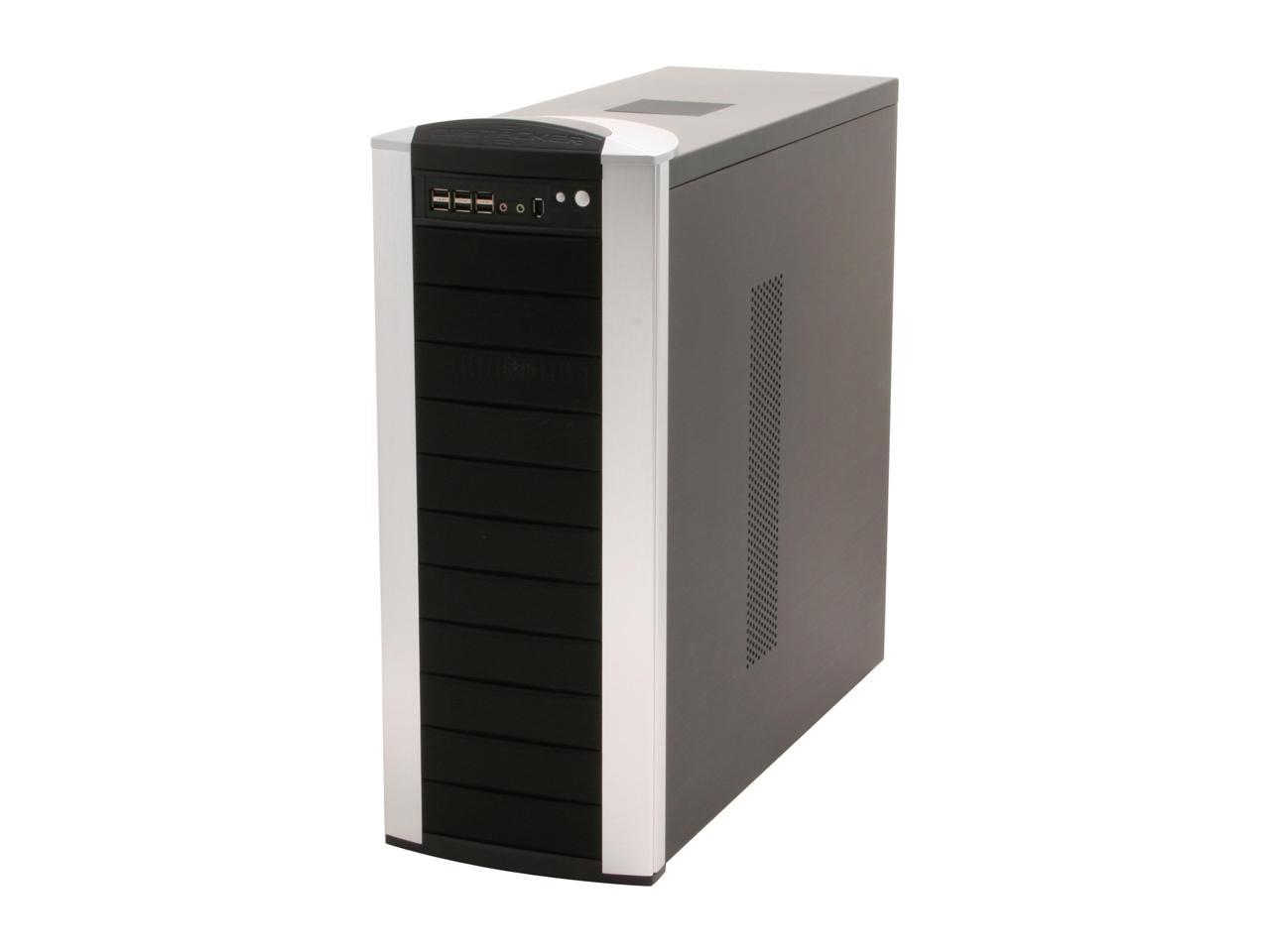 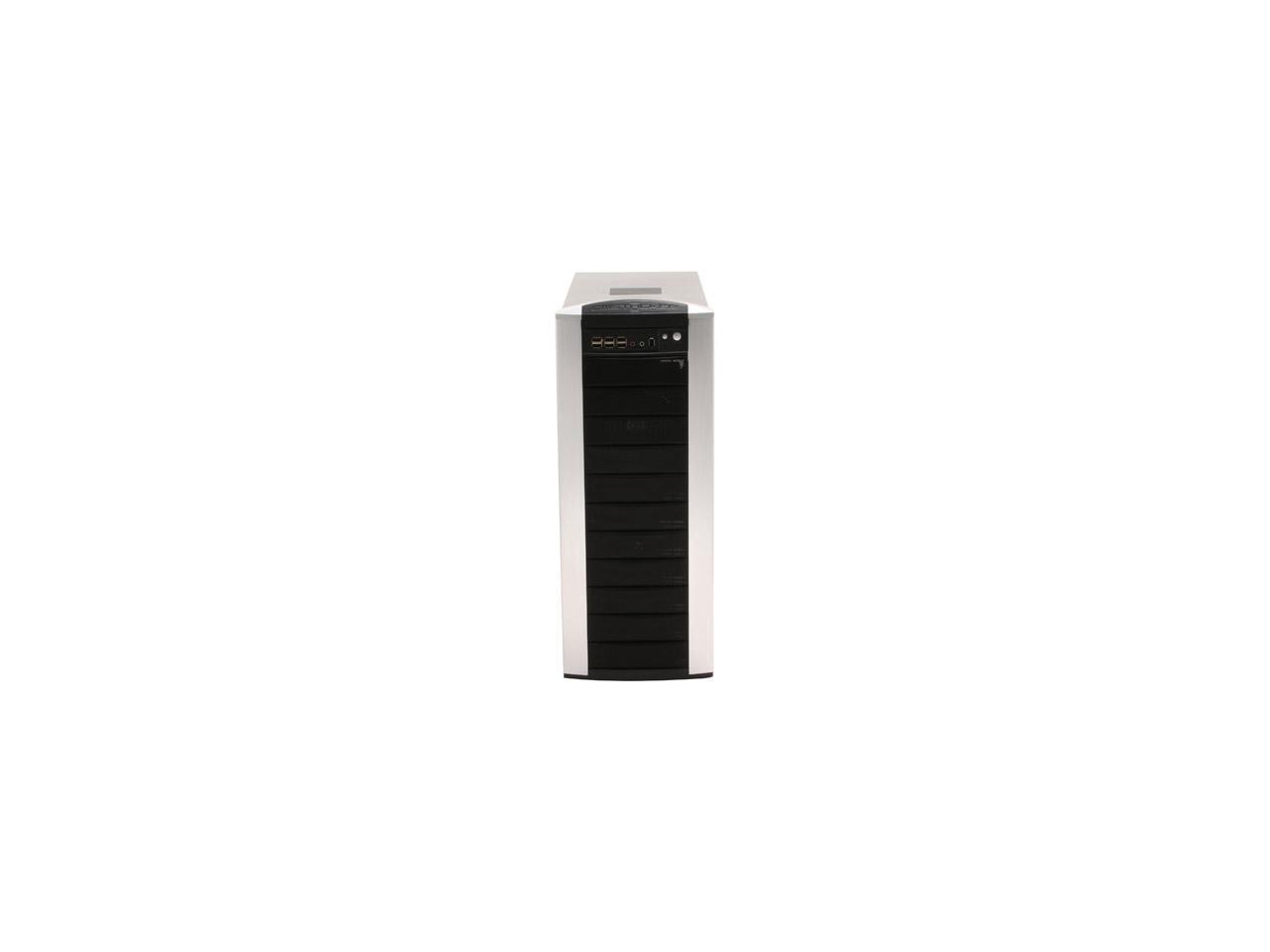 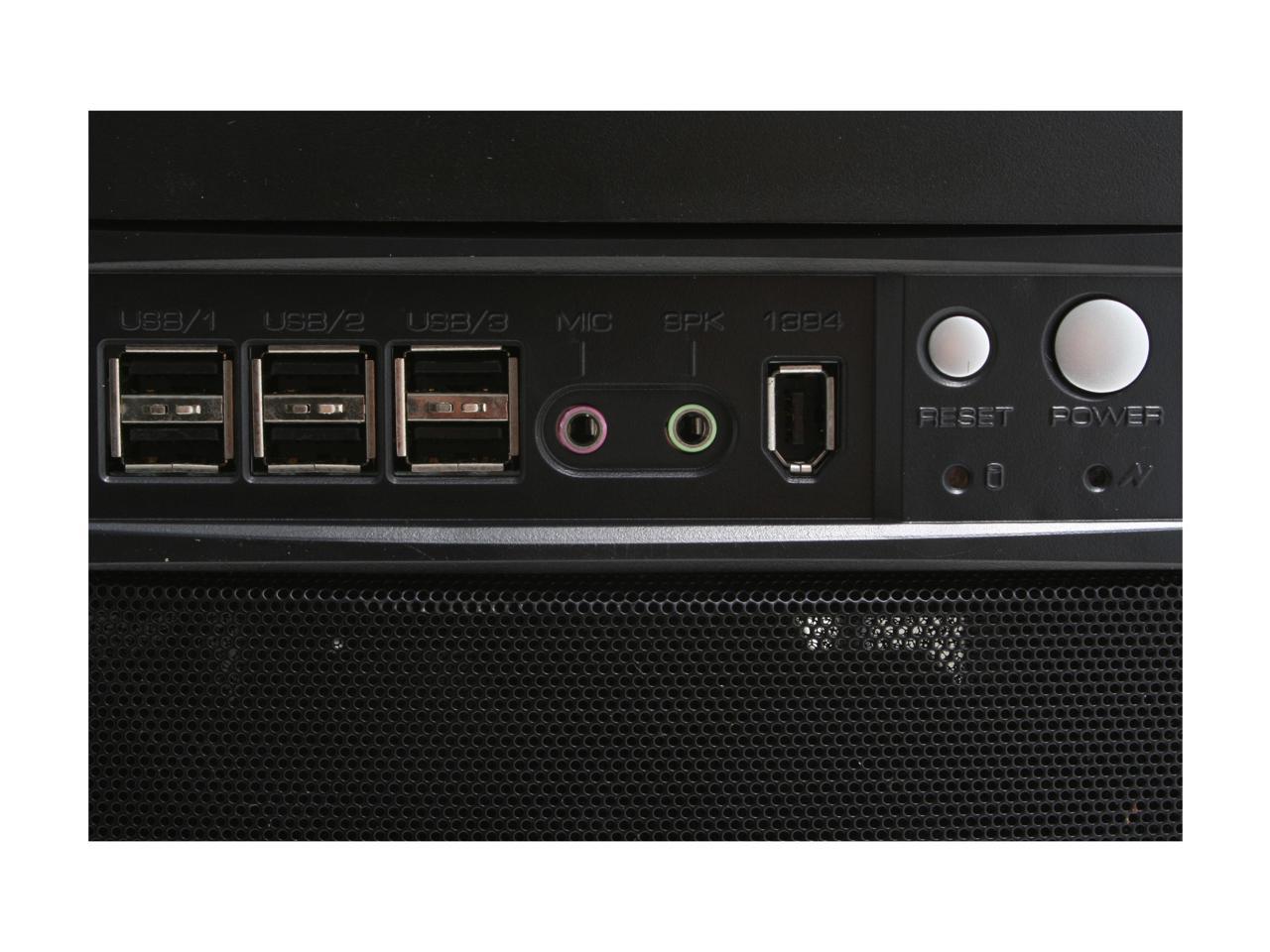 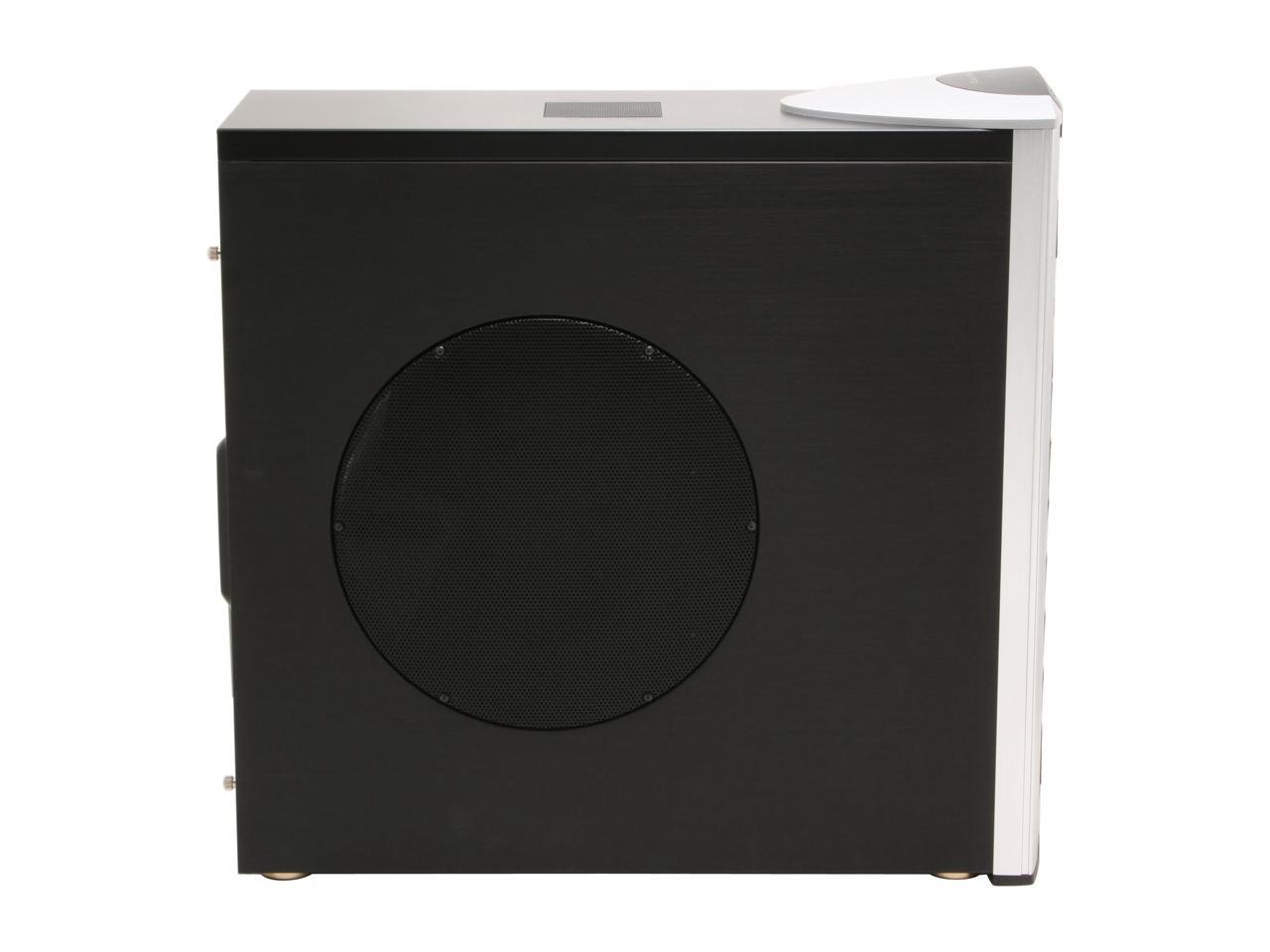 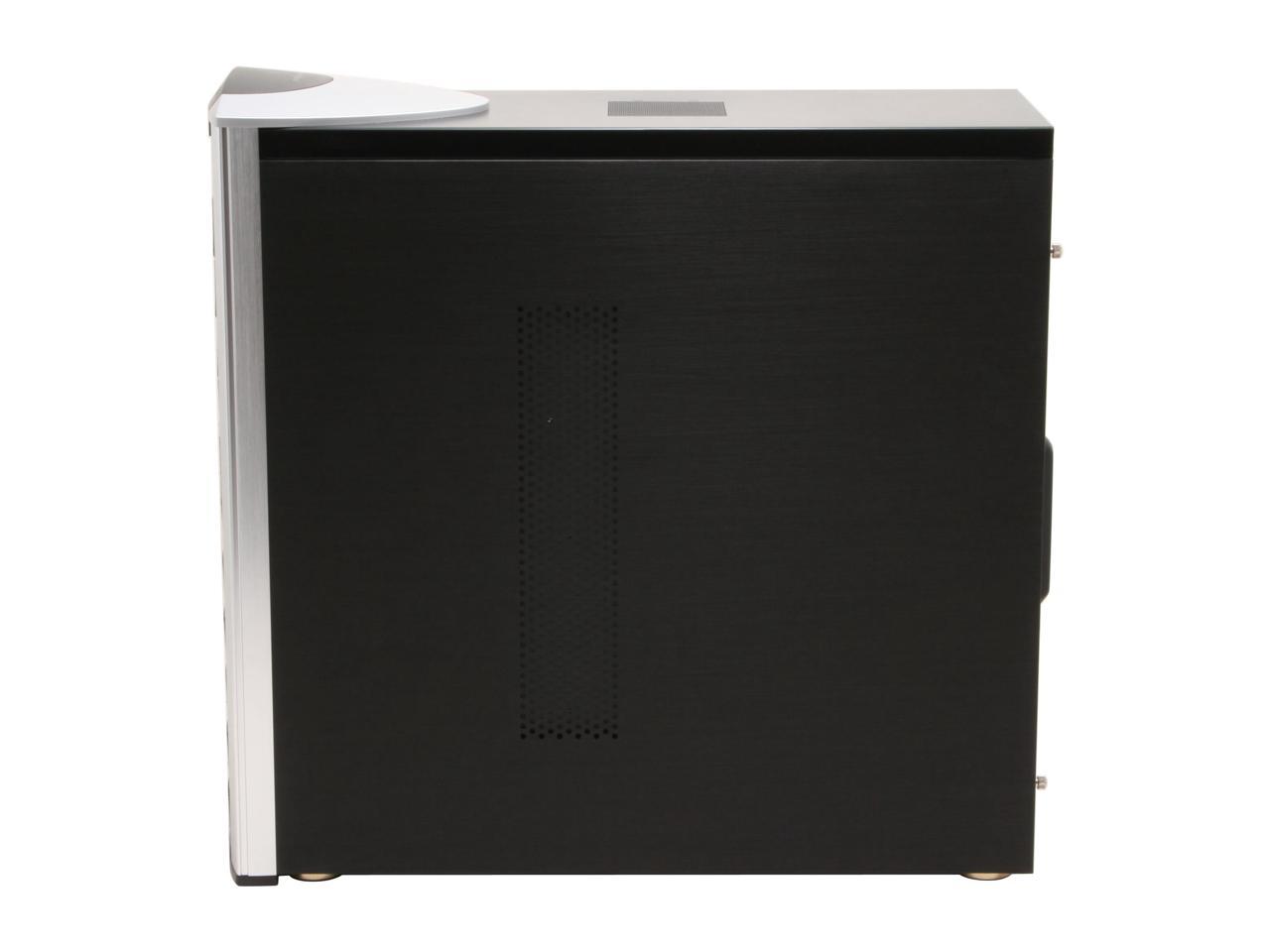 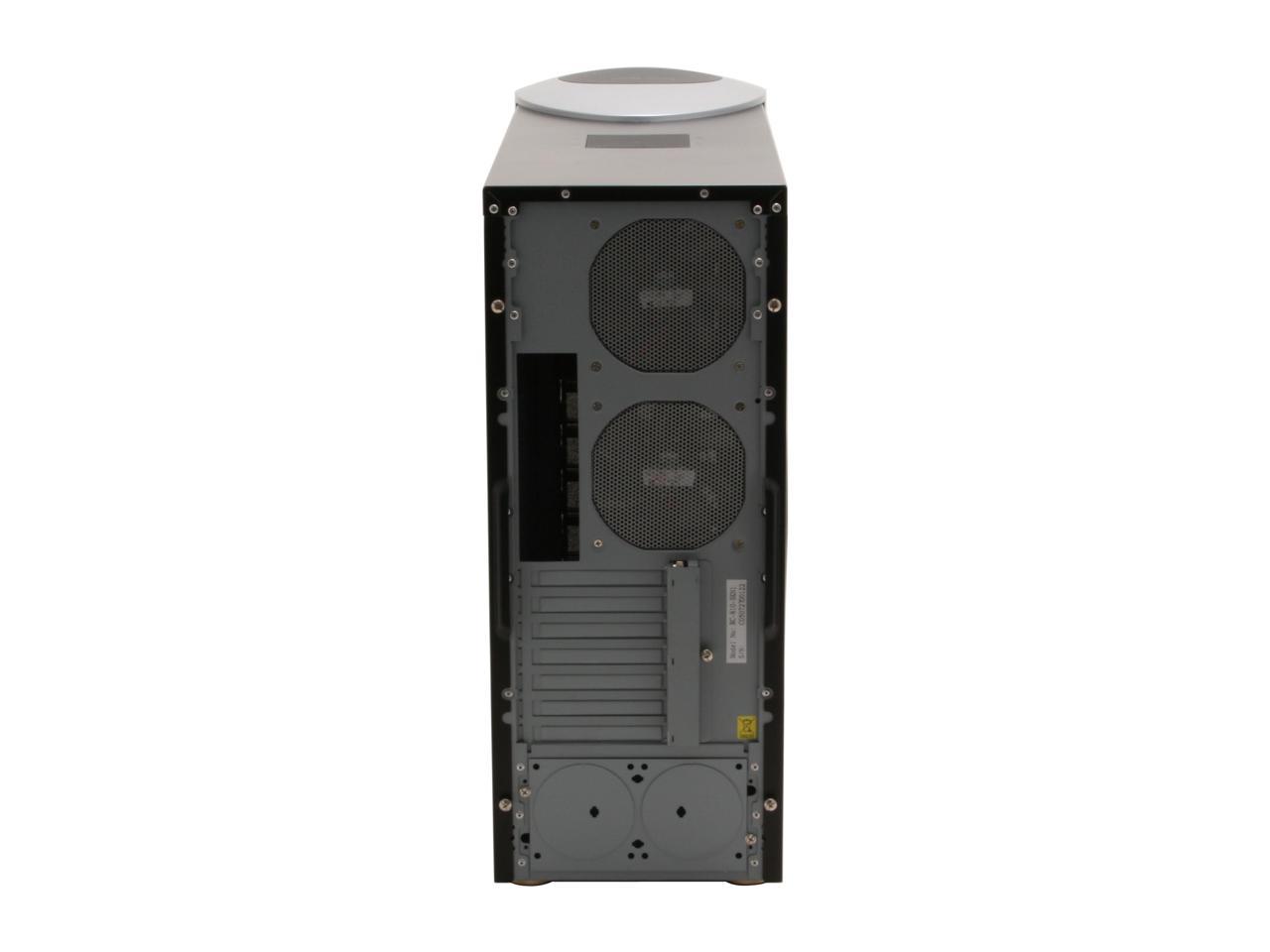 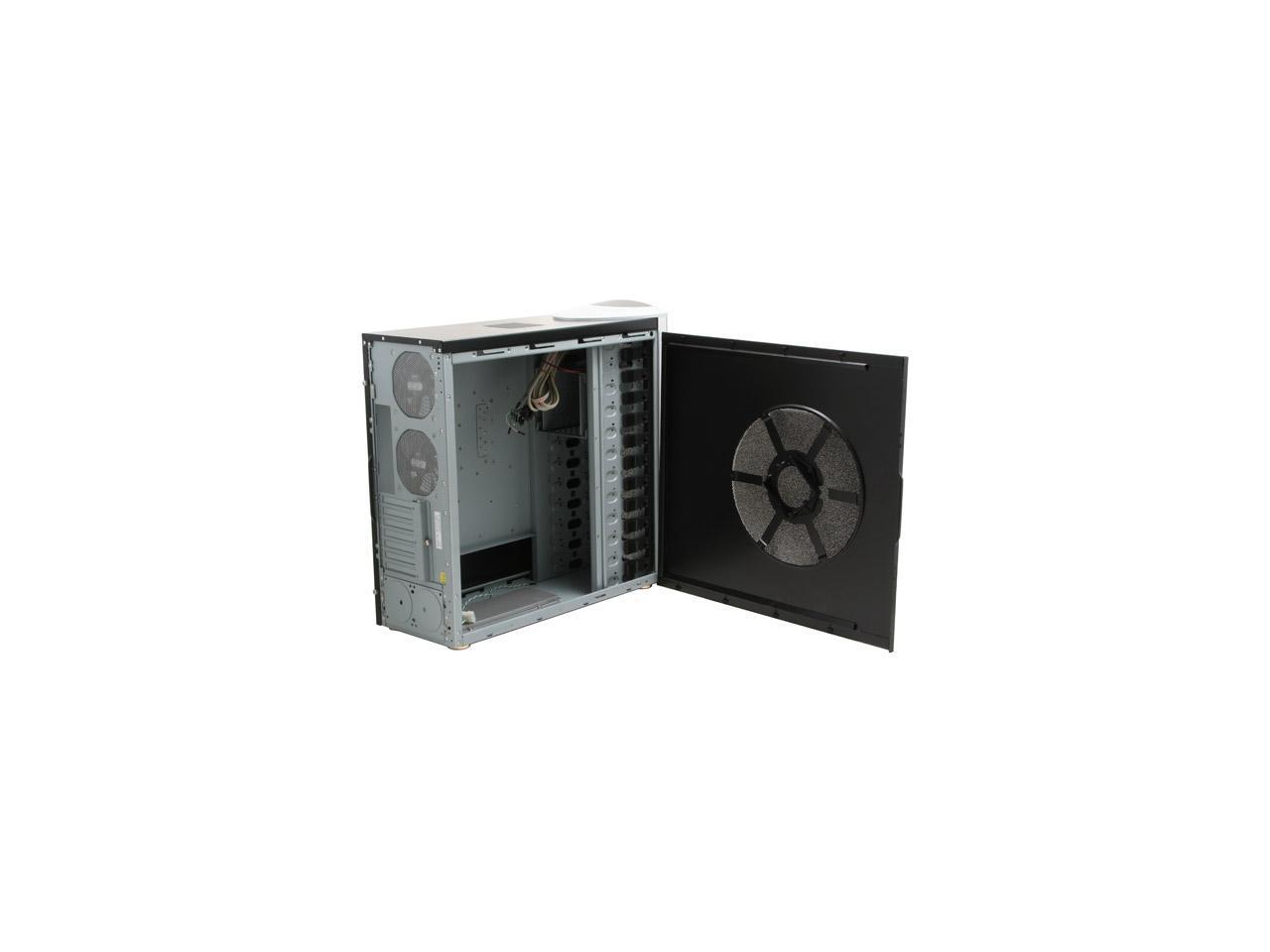 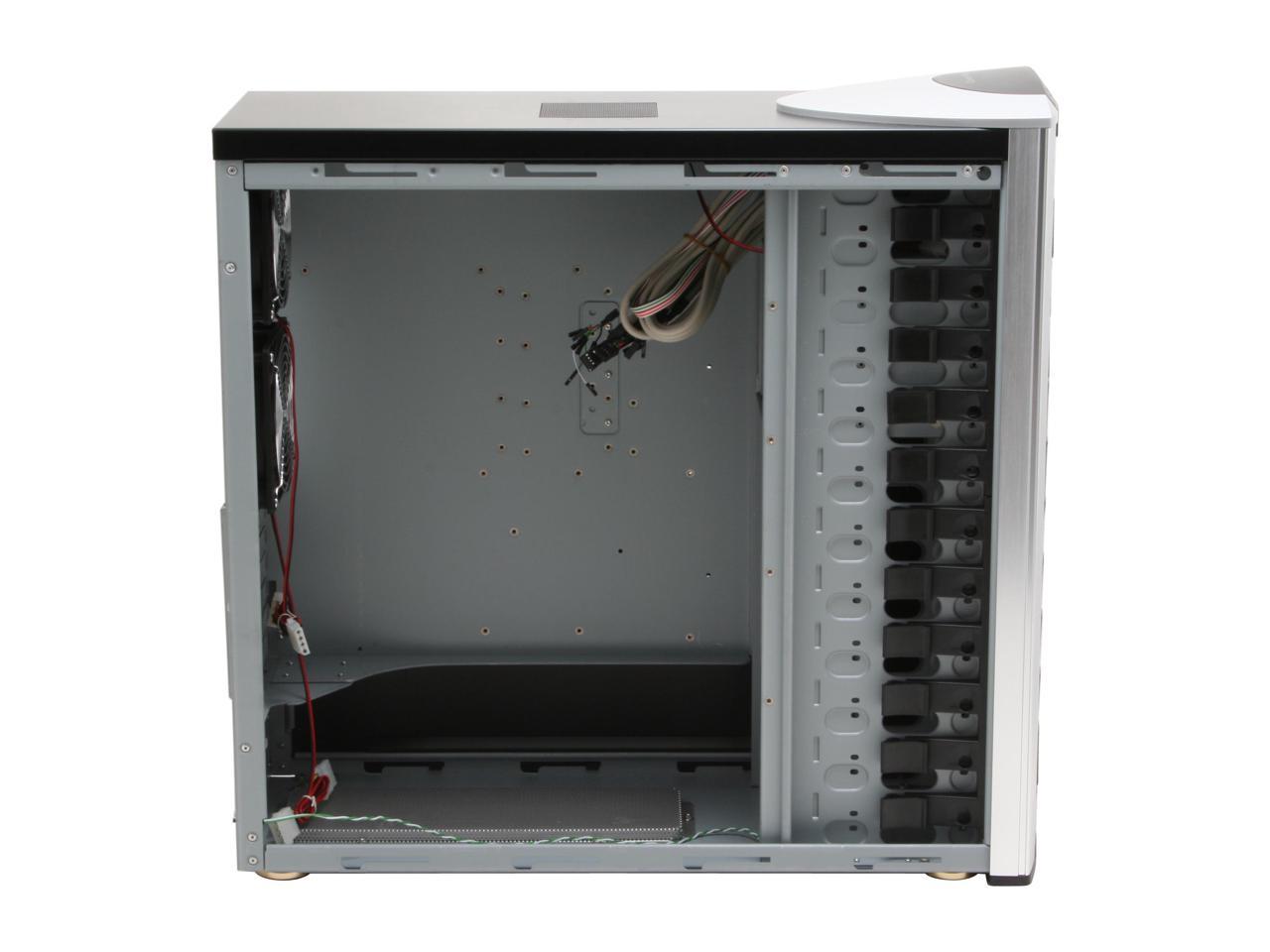 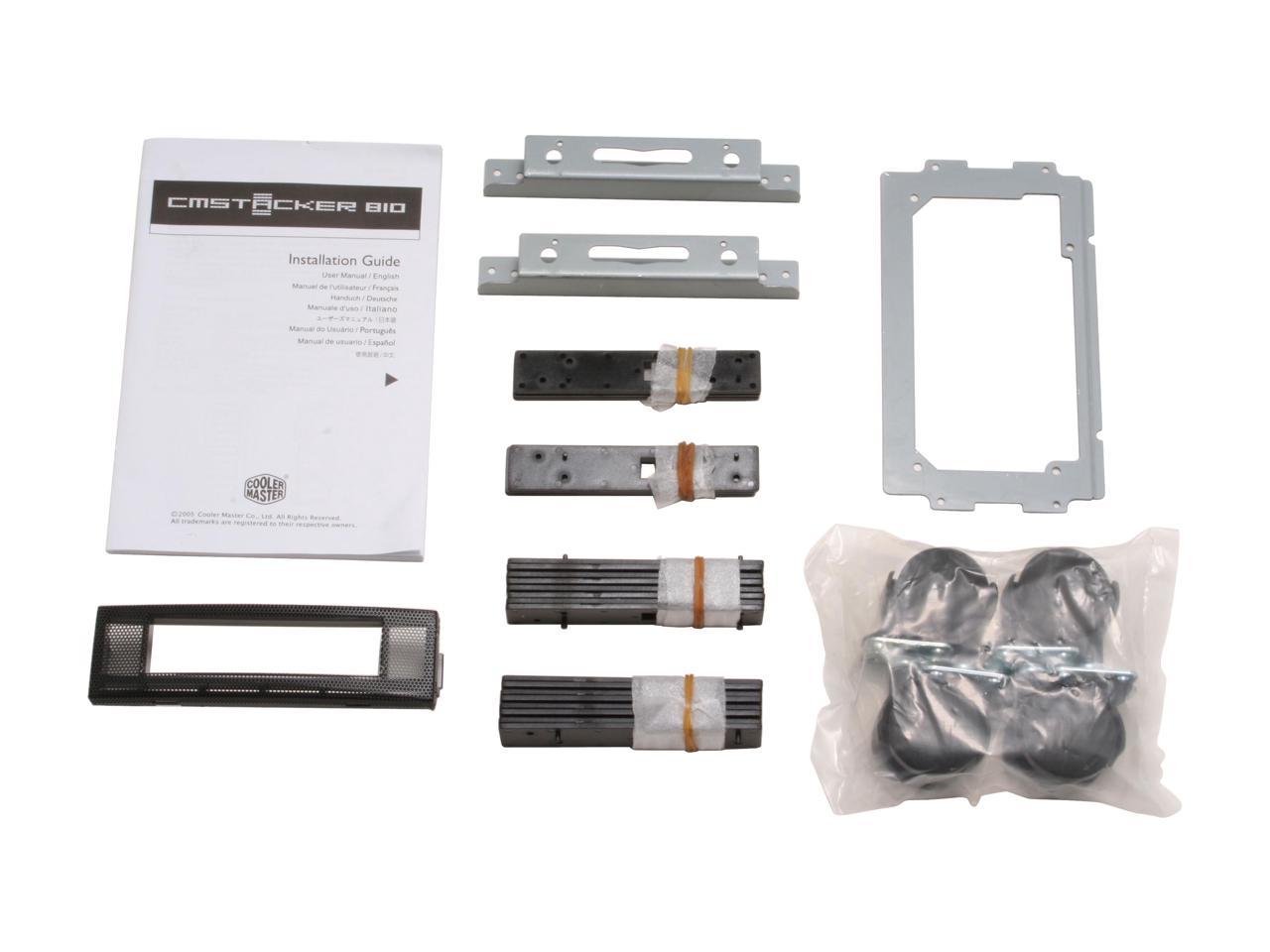 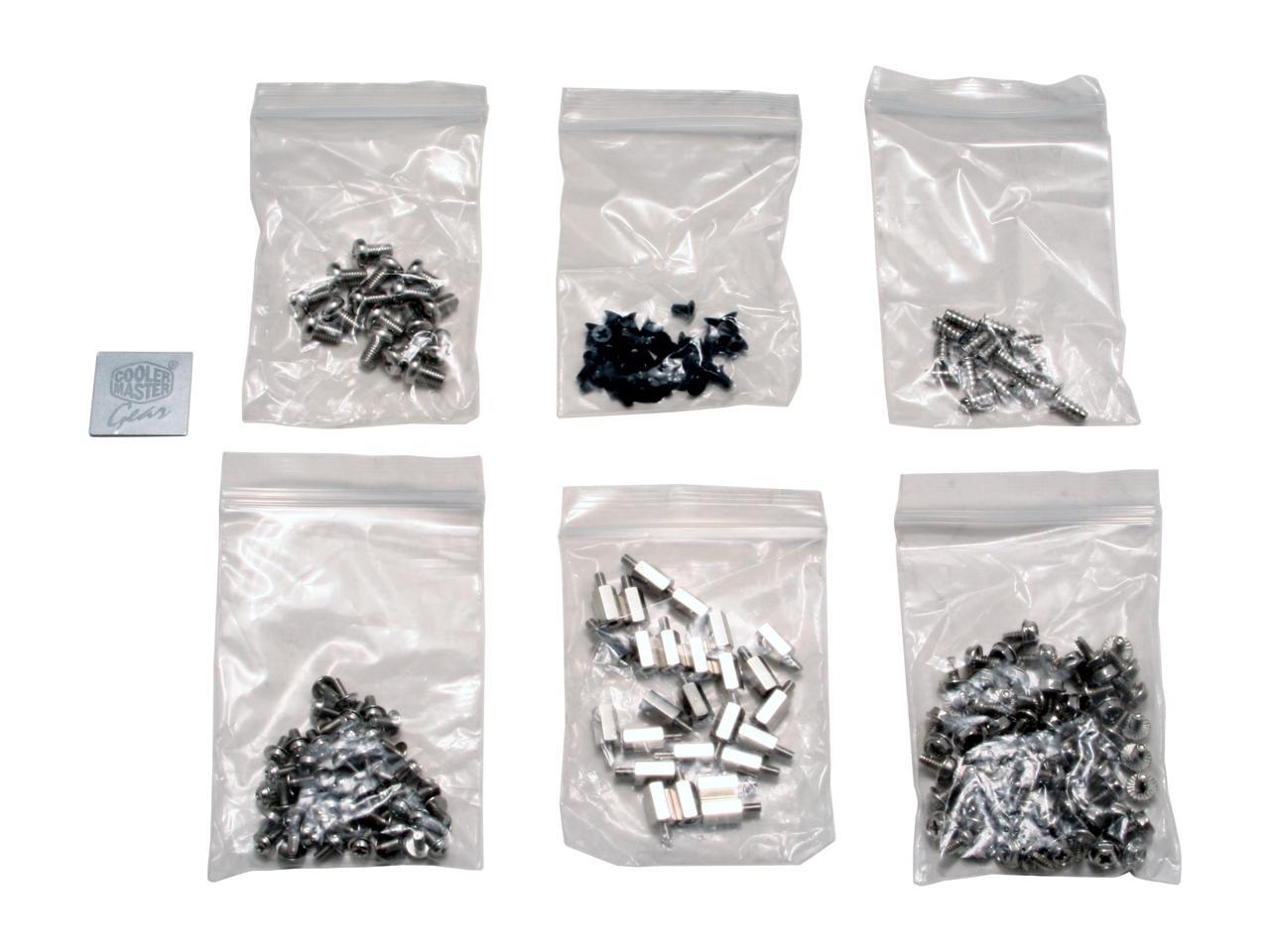 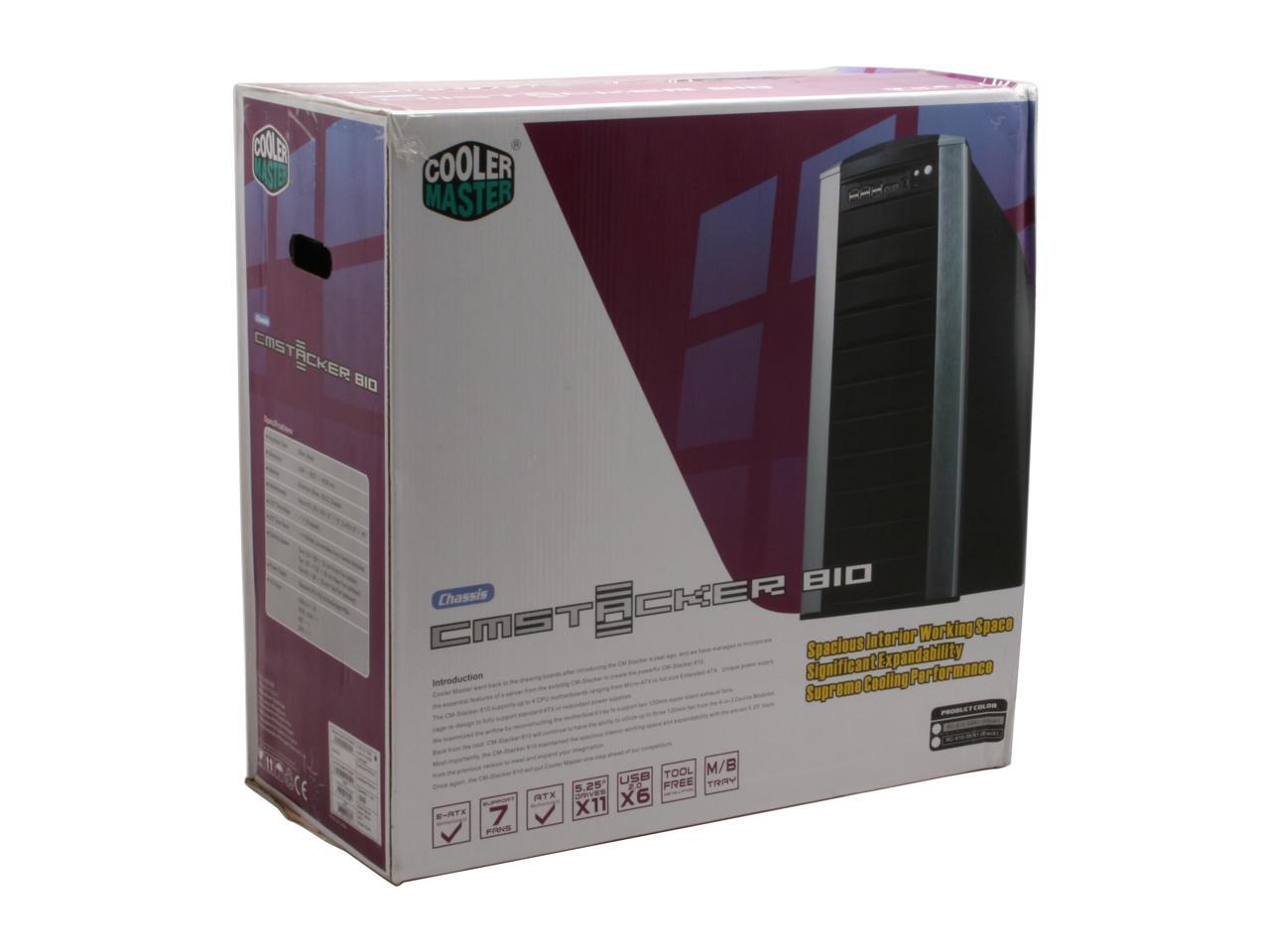 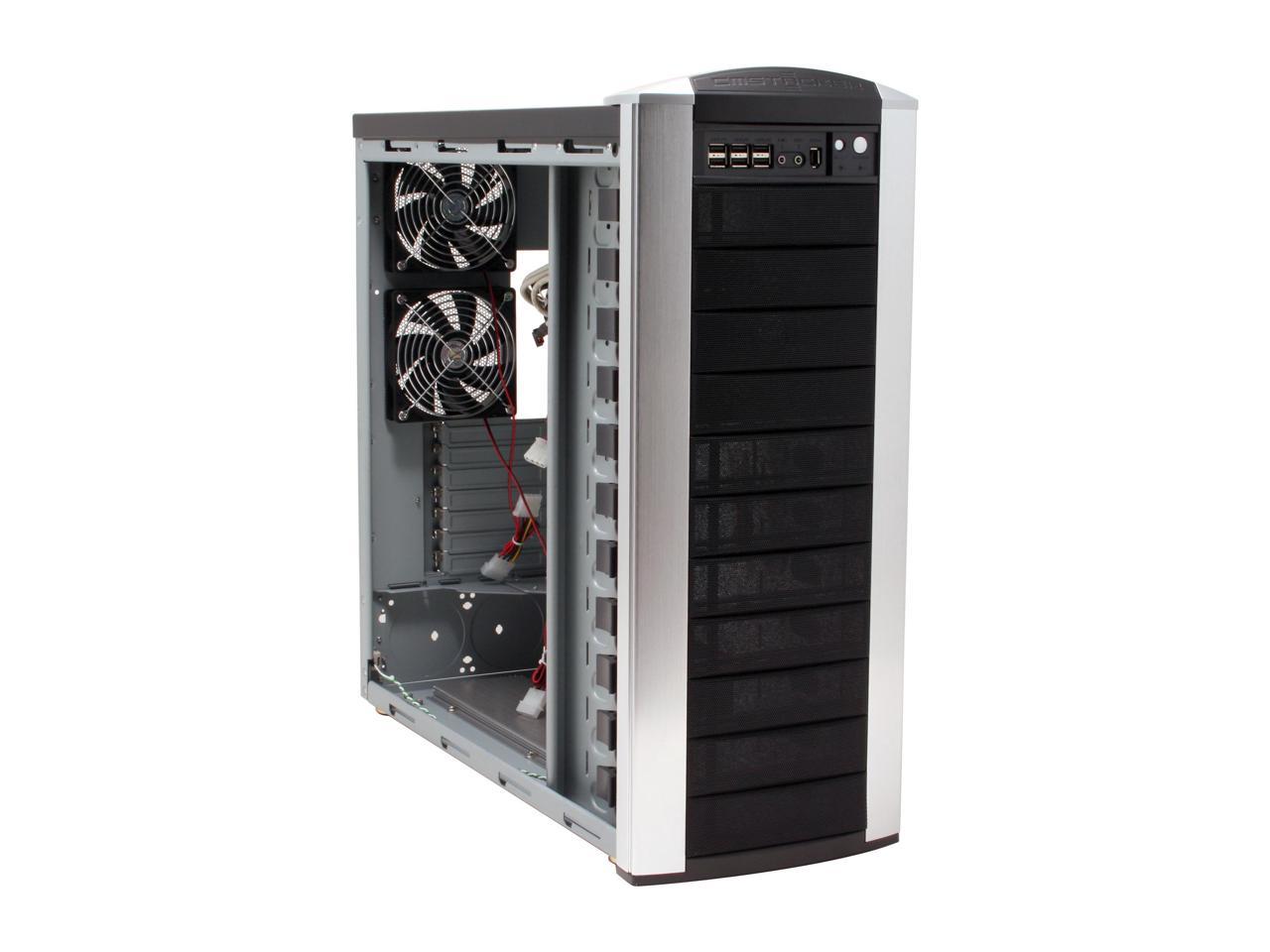 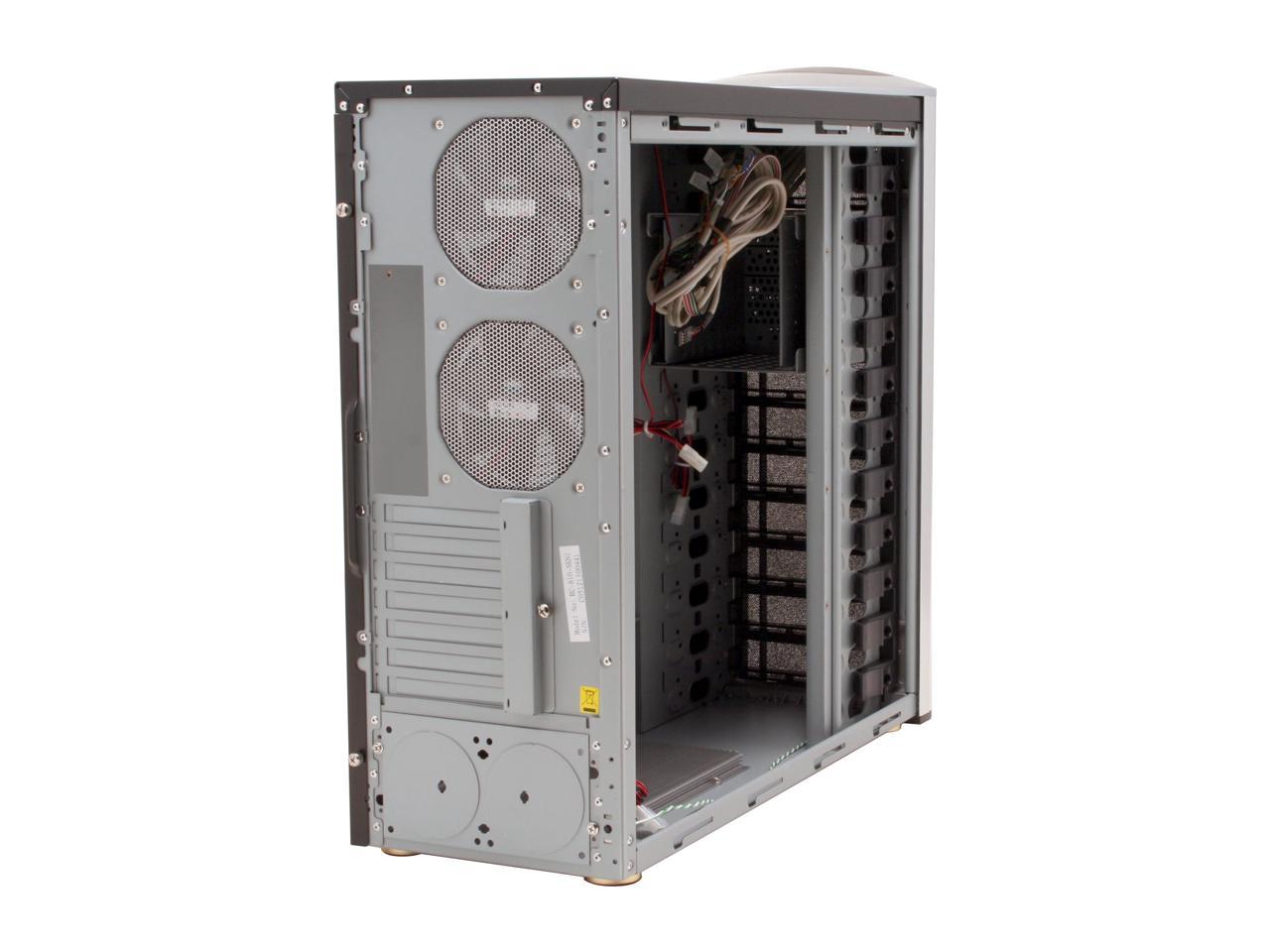 Cons: One screw hole for the wheels was too small. The window is too far forward (hides half the CPU socket and shows boring drive bay sides) - though that's a separate yet related product. Incompatible with cardkeeper Model CK03-1225 without dremel action

Overall Review: The 810 is not AFAICT supposed to come with a floppy bezel but mine did. Wish the casters were metal. The case fans that came with it are decent, but I replaced them with slightly quieter models, which were then rheobussed.

Pros: I really like this case. It's BIG. I was even a little surprised when I opened the box. But this being my first build, I wanted a big case so I'd have plenty of room to work. The directions that come with the case are horrendous, but luckily it's not very complicated. You can figure out how everything works on the case. It has plenty of room for fans, mine has 6. 4x120mm and 2x80mm. Also has plenty of room for extra hard drives. I currently have 3, but could easily cram in 3 more if I wanted. Looks great, nice simple lines.

Cons: My PSU didn't fit properly (Fortron 600W). But that is probably just more my PSU and not the case. The case has a large slot for PSU space. I think you could even fit 2 PSUs in there if you wanted. Actually, all that extra space was great for cramming the unused cables from my PSU. Some of the screws/slots don't line up perfectly, and it takes some slight bending. But you probably find this with any case.

Cons: Fit and finish could be a bit better. Some of the screw holes for the rollers and the side panels are pretty bad. The side panel material is kind of flimsy too. Oh, and I am a goofball and got the wrong version of this case.

Overall Review: I meant to get the STC-T01-UW which is the same case but you get the option of mounting the power supply at the top, or even having two power supplies. Still the best case I have had.

Pros: Roomy, lots of room for drive bays and lots of air movement

Cons: This case does not support a matx motherboard. I tried to install mine and the two stand-offs located by the expansions slots have no place to connect to the case. This leaves the side of the motherboad with the cards intalled to have no supportl, it is just hanging in the air. Beware if you intend to install a matx motherboard in this case.

Cons: Yeah, the handles area a little sharp, but not a problem.

Overall Review: Highly recommended. Put the Intel Quad in it with the 975XBX2 Board

Pros: Much drive storage, handles SLI without large video hitting anything. Good ventilation, not too noisy. Modular hot swap backplanes fit nicely, and even when deep, don't interfere. 120 mm fans are reasonably quiet (but I'm used to noisy, so who knows). This version has power at the bottom. This allows for larger power supplies, and works nicely compared to some of the ones that fit at the top.

Cons: The sharp edge warnings were no joke...most of the edges are rolled, but for example, the finger slots for grabbing the side panels to pull a side back are not...these were so sharp I would have sliced deep if I hadn't been ready for it. I ended up filing down those edges and a few others. The included cables for the front panel 1394/USB stuff need to be longer, I gave up on the 1394, but don't use it anyway. I too found that the alignment of the motherboard with the back expansion slots was not so great. The main problem is that the blank tabs for filling unused slots are made of a thin metal, and the actual metal brackets on video cards and other real world expansions. A small screwdriver very slightly expanding the slot that the brackets fit into near the motherboard will save a lot of swearing...this is where they hang up when trying to insert expansion cards. Don't expand them much, or it'll be worse...expand them all very slightly before starting, and it'll go much nicer.

Overall Review: I understand the complaints on the quick mount tool-less drive bay stuff. Once you understand how it works, it's actually a good idea...but it was not implemented well, it uses cheap plastic, which falls off while trying to put the drive components in. If you put just a tiny dab of weak rubber cement on the side of 5 1/4" device, then the plastic tabs don't fall off, and are easy to work with. The flaw is that these are thermal insulators...if these cheap tabs had been made of aluminum, they'd be a really nice idea. On the other hand, normal screw holes are also provided, and there is no requirement to use the quick release.

Pros: So many things about this case are great--it comes with plentiful screws, posts, etc. for every component you need; the fans are really quiet, and there's a well-placed drive bay fan. Also, every front drive panel has a filter to keep out dust.

Cons: It's a little hard to get the front drive panels off. To get the hard drive caddy out, you have to remove a bunch of them (it slides out the front).

Overall Review: This case is huge--make sure you realize how big it is. However, life is so much nicer with some extra room in the case.

Pros: Sturdy and stylish yet simple. Plenty of room to work with and tool-less drive bays work well. Good quality wheels make it easy to move around. I love that the USB ports are on the top of the case.

Cons: Only comes with one 3.5 inch drive bay converter. Not a big deal for most people I guess but I needed two because i use a fan controller and a 3.5 floppy drive for loading RAID drivers. Case is a bit heavy but I expected that.