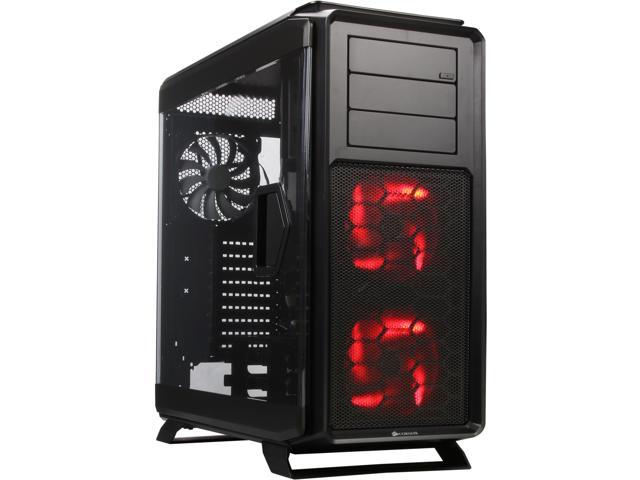 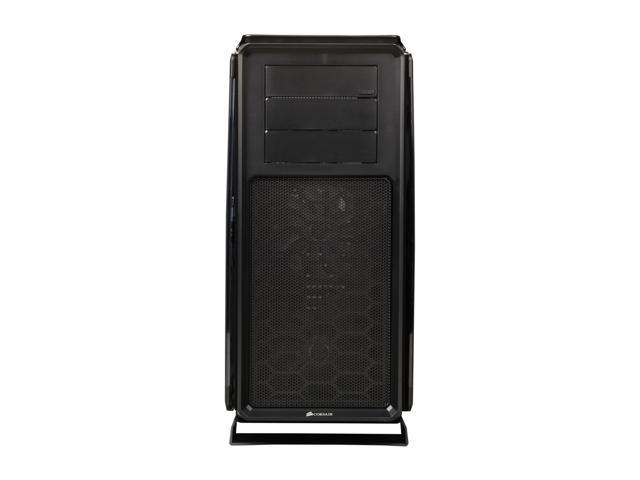 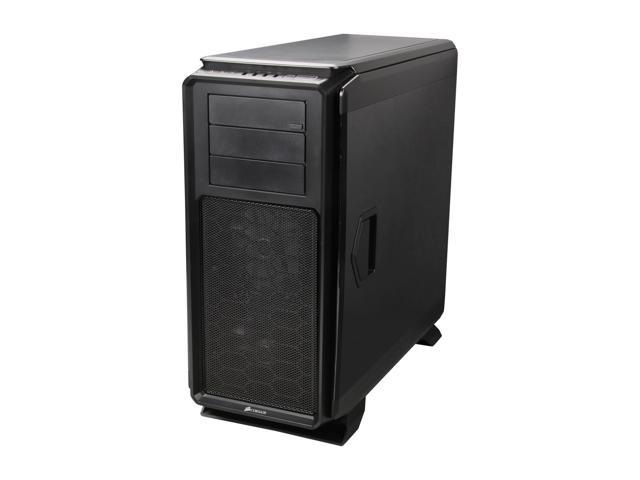 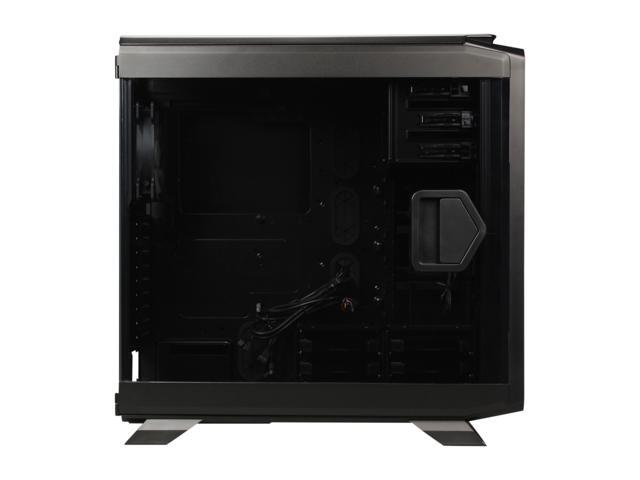 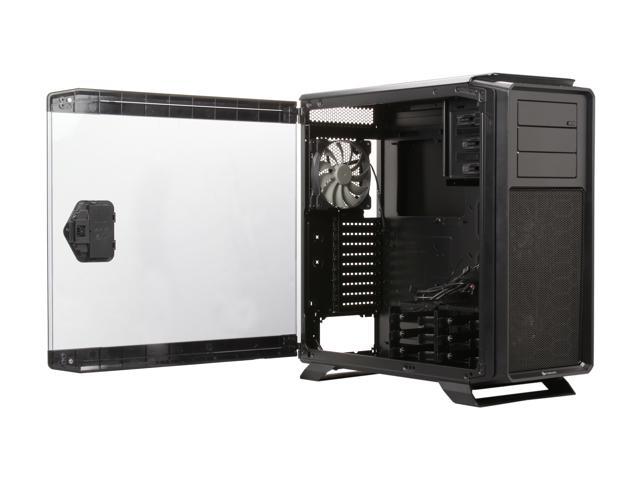 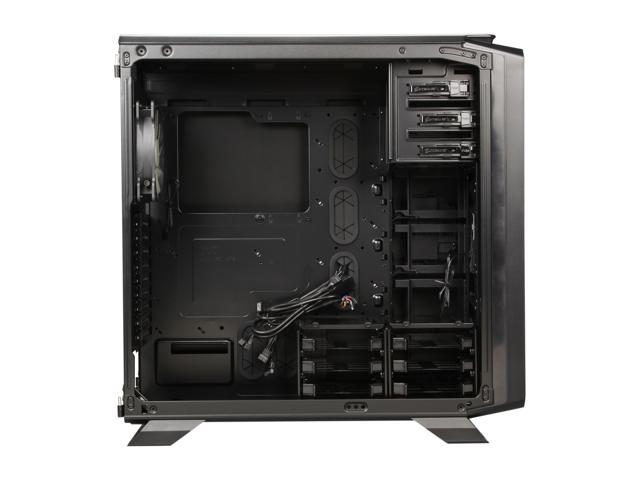 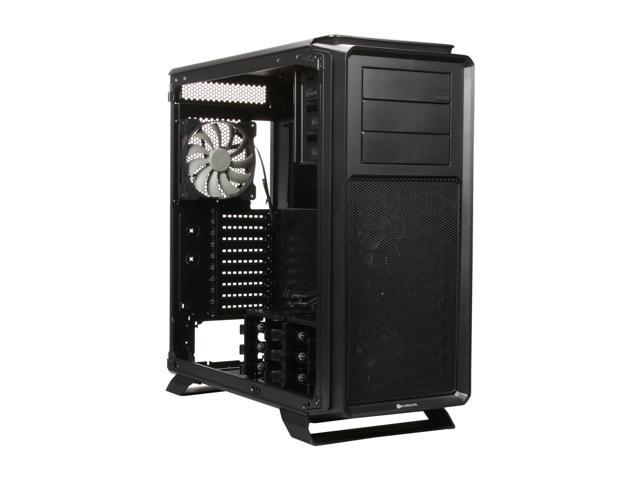 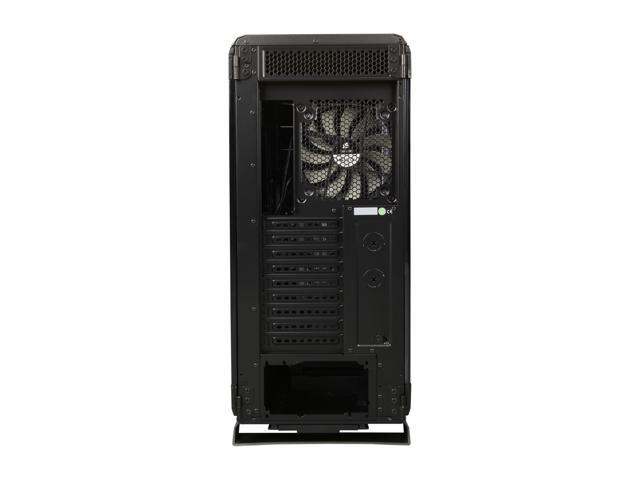 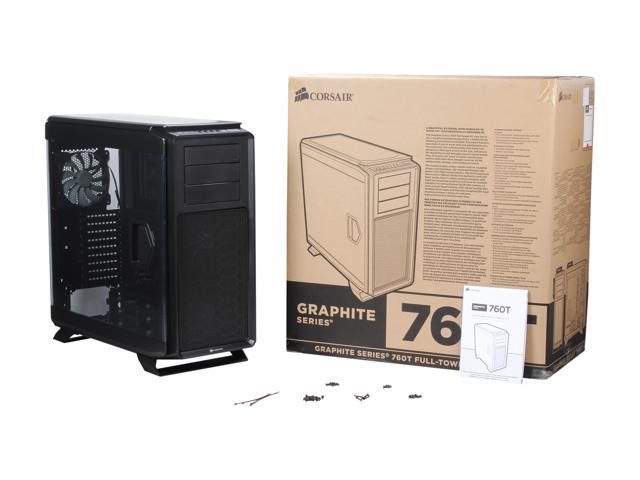 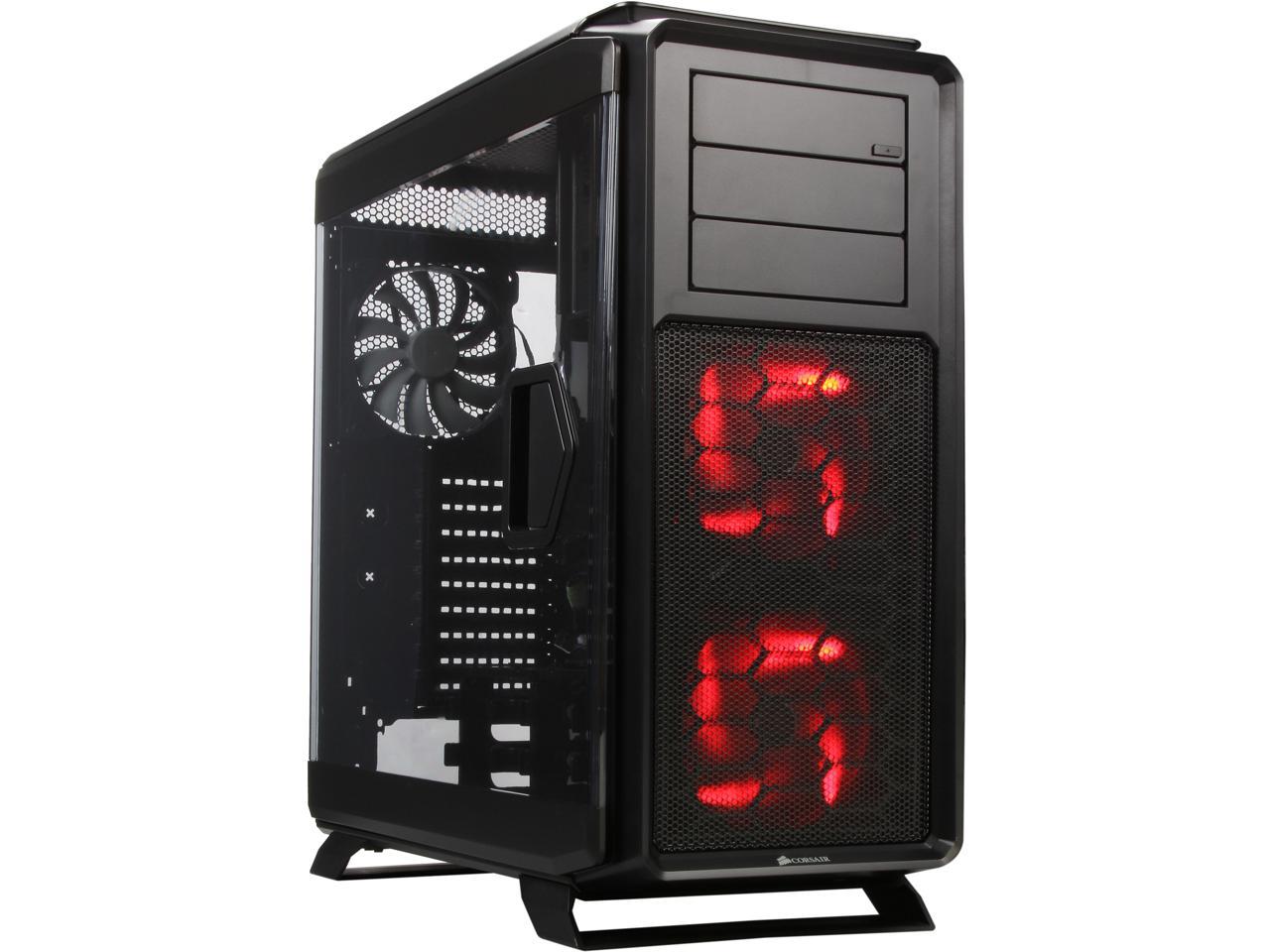 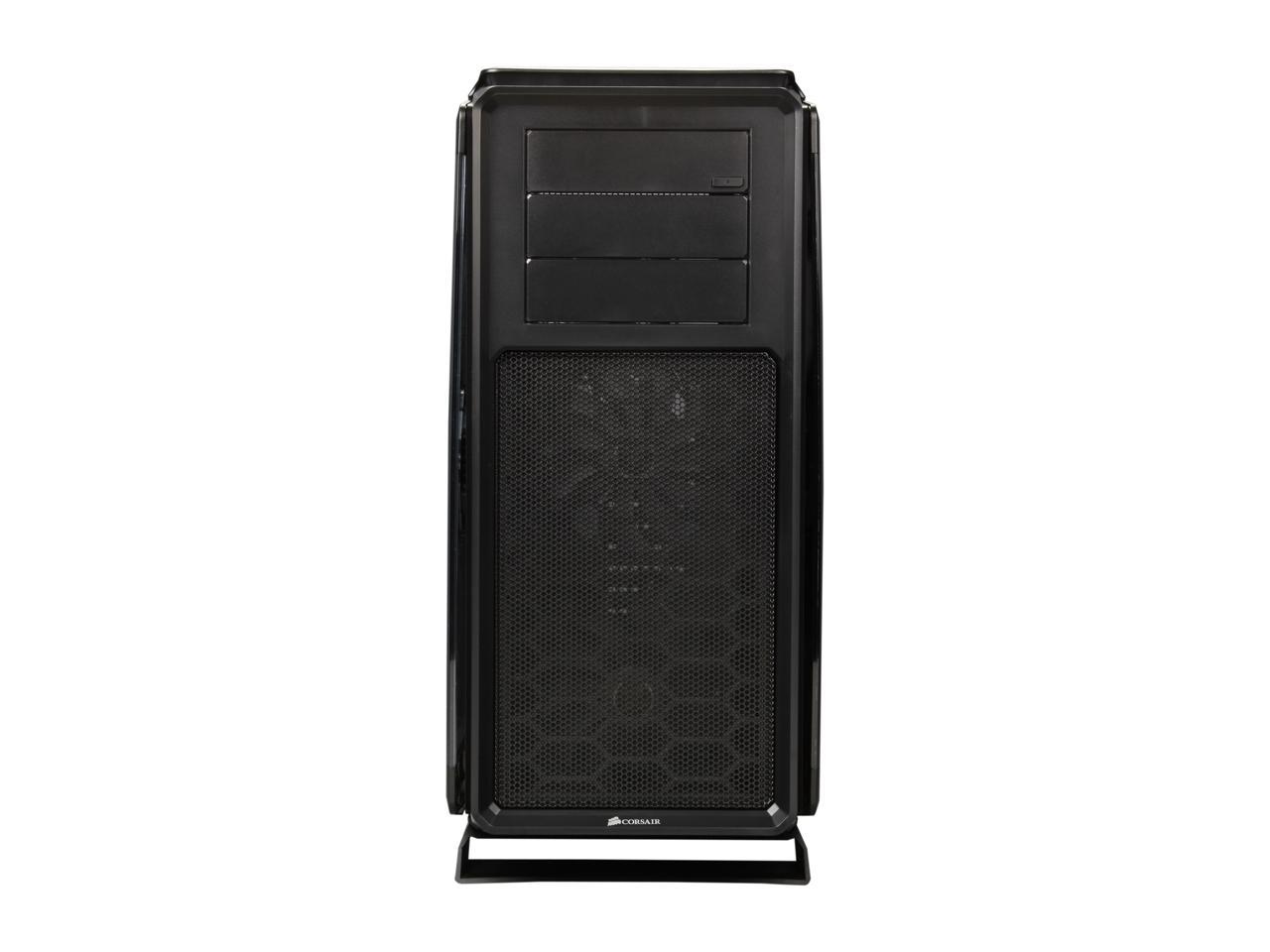 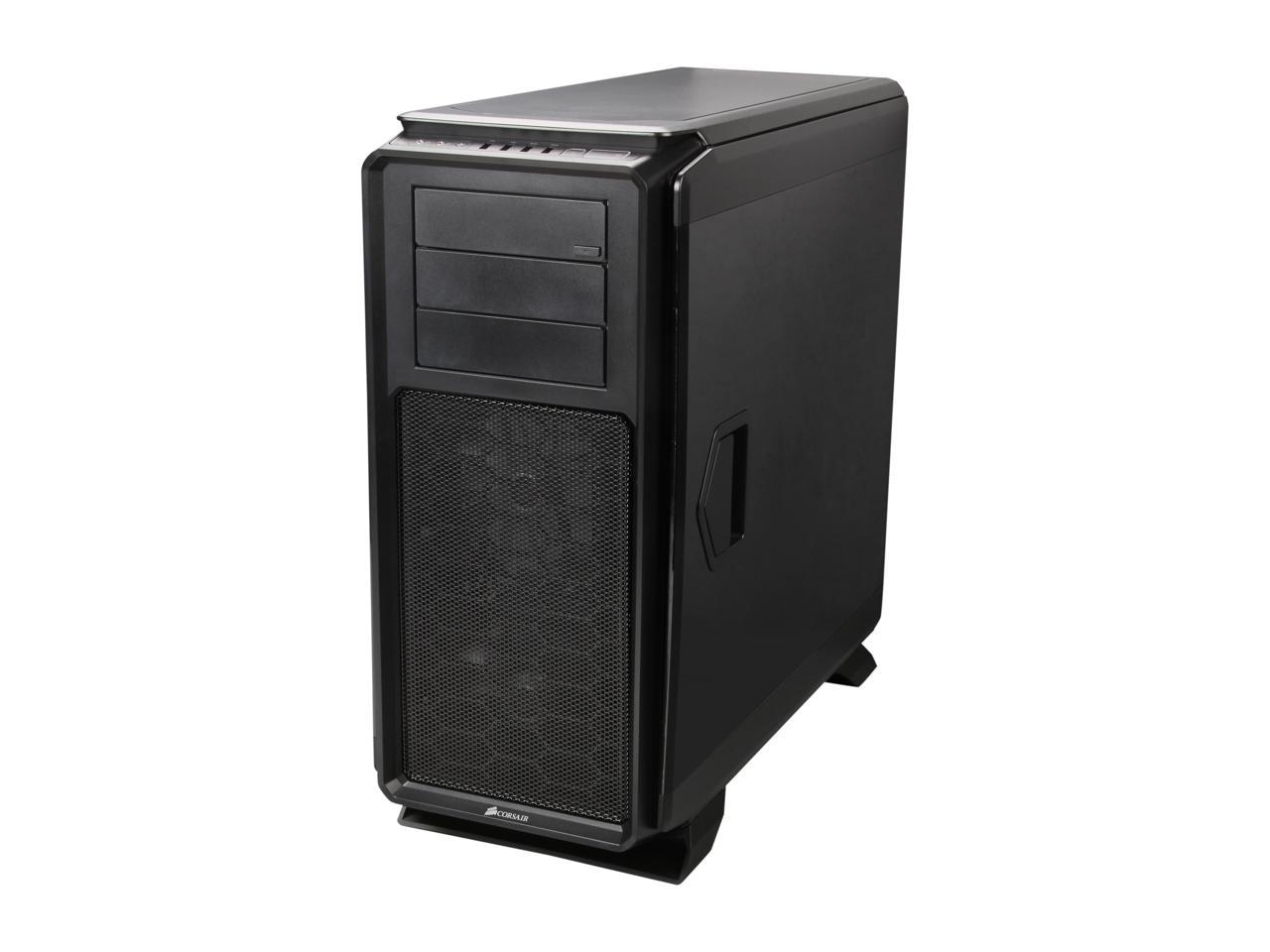 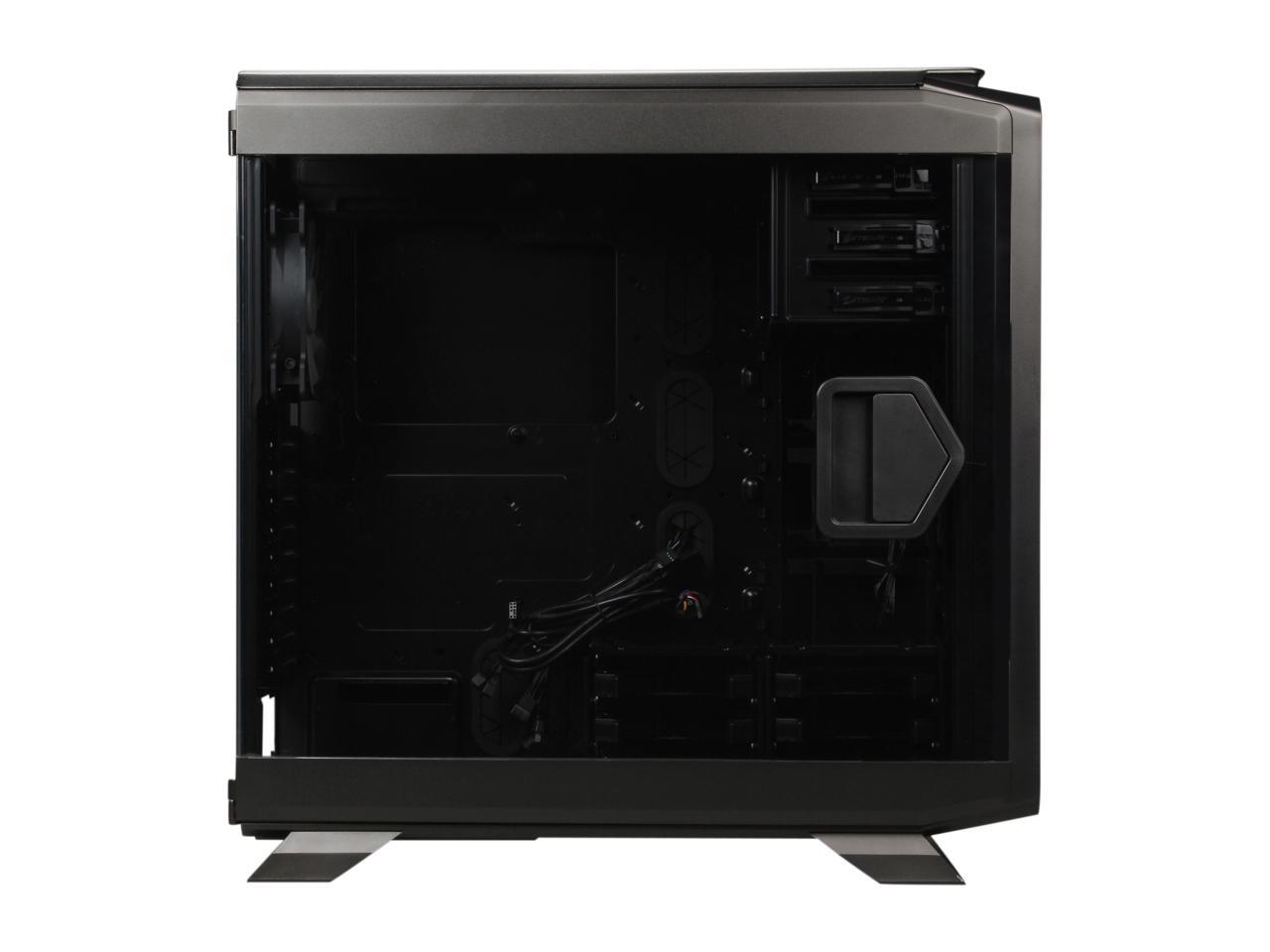 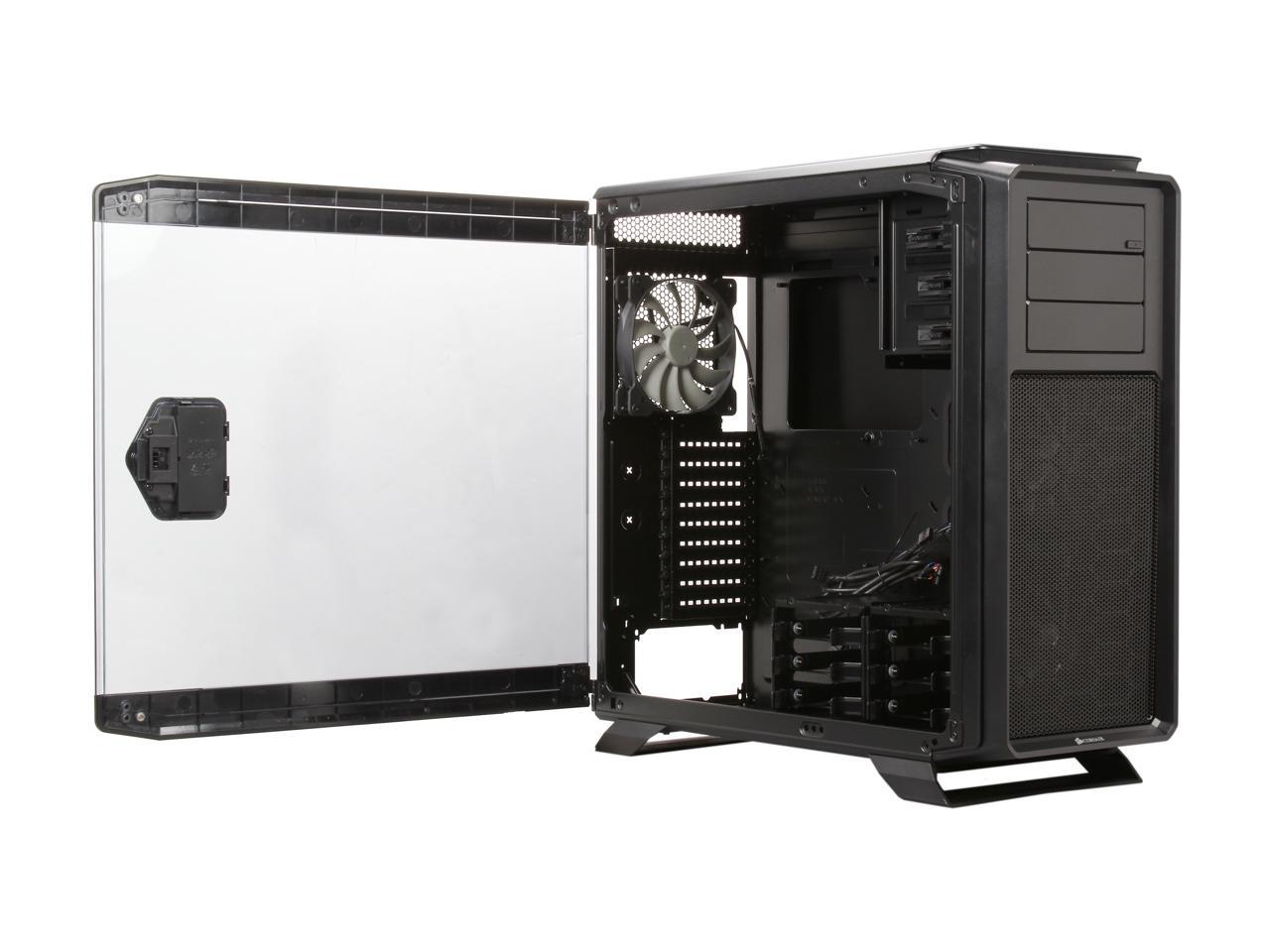 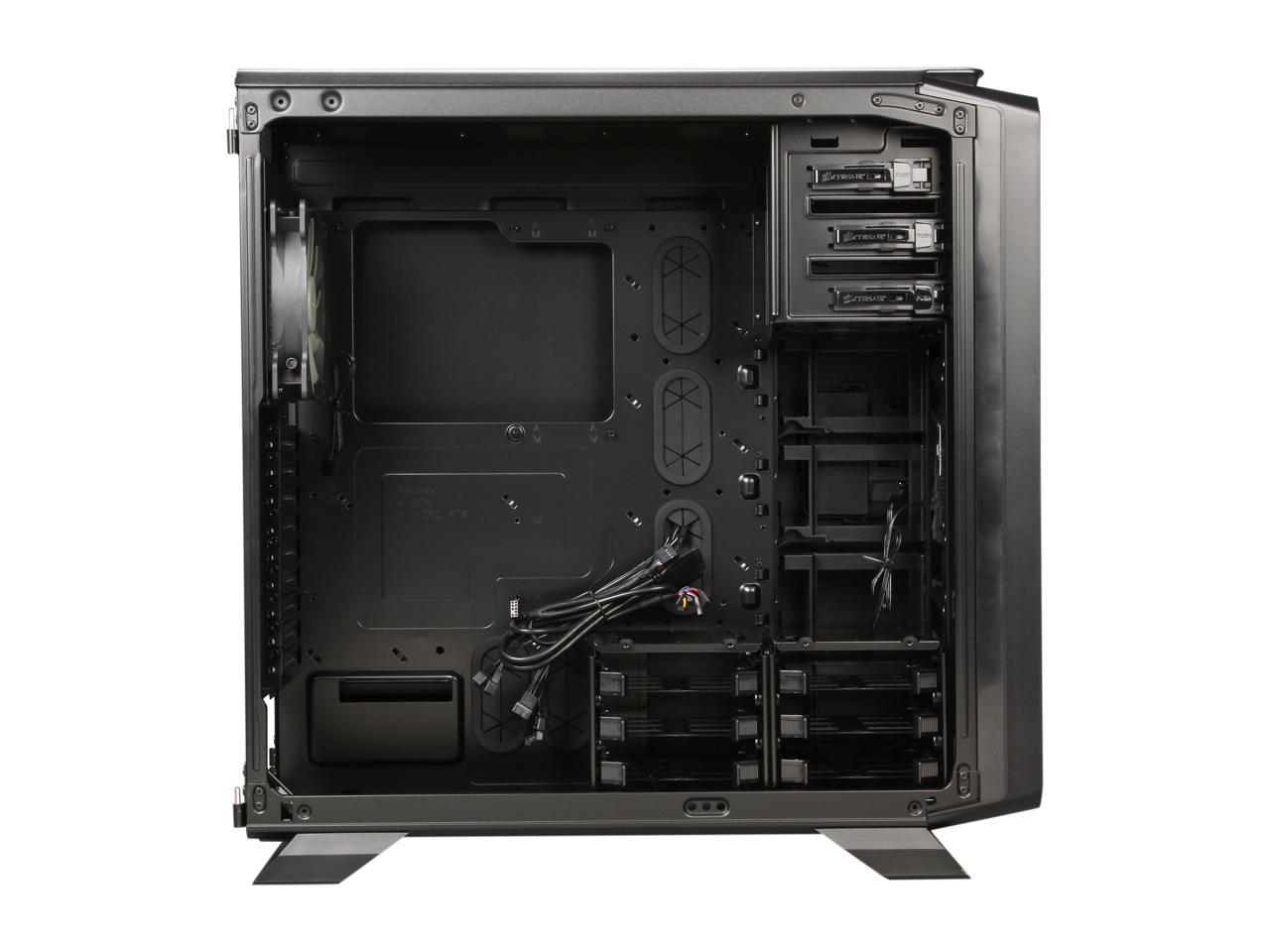 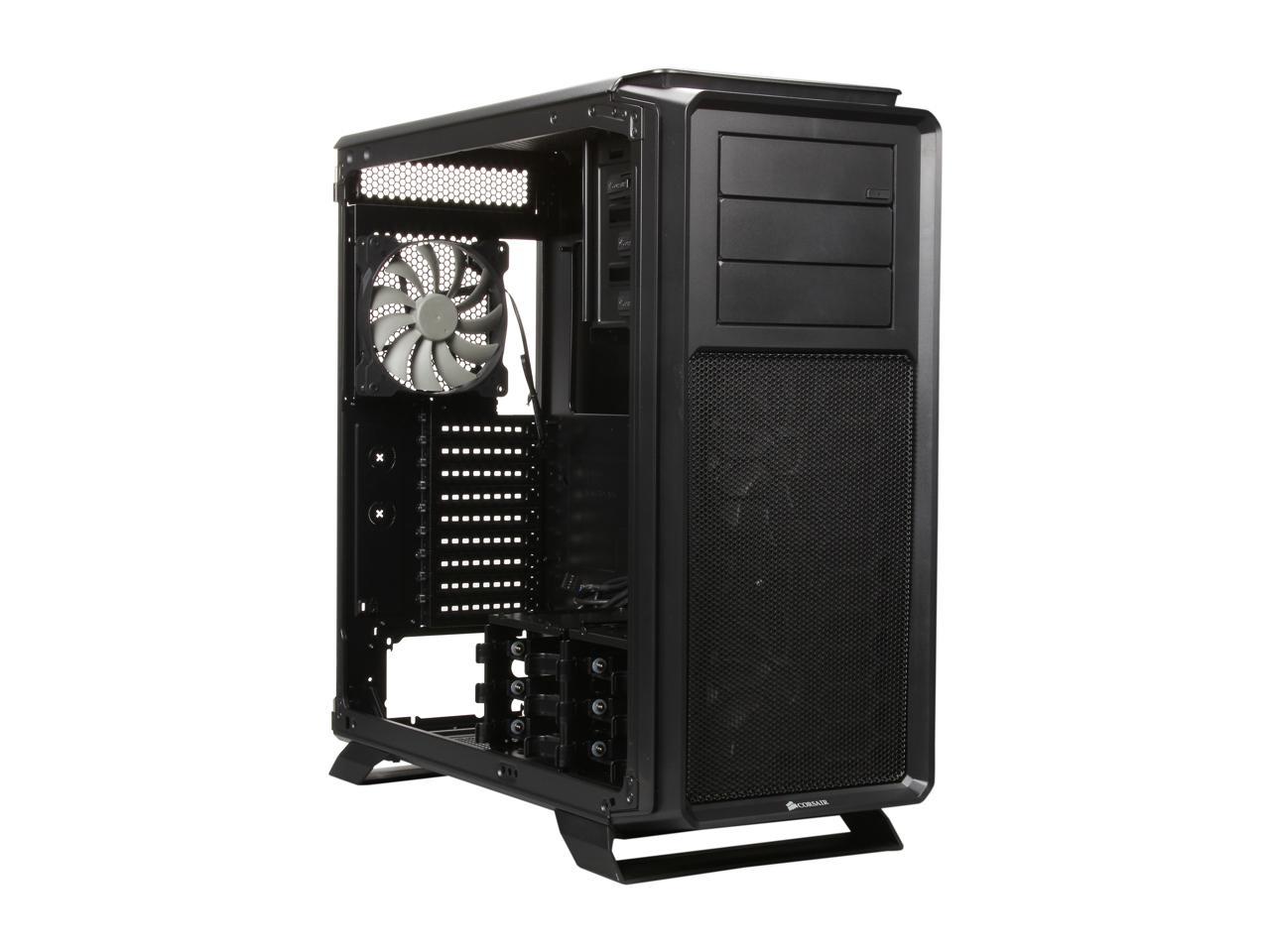 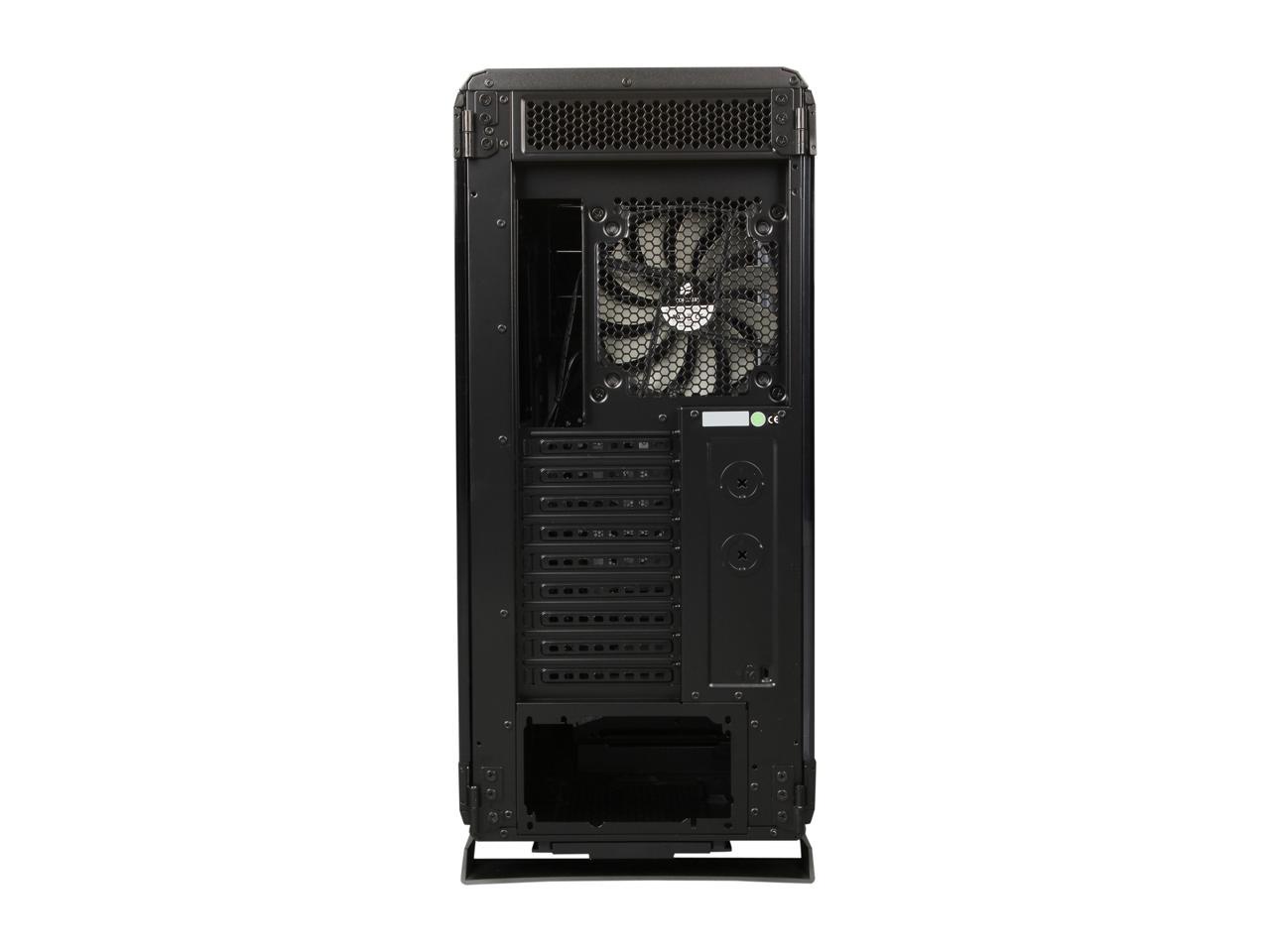 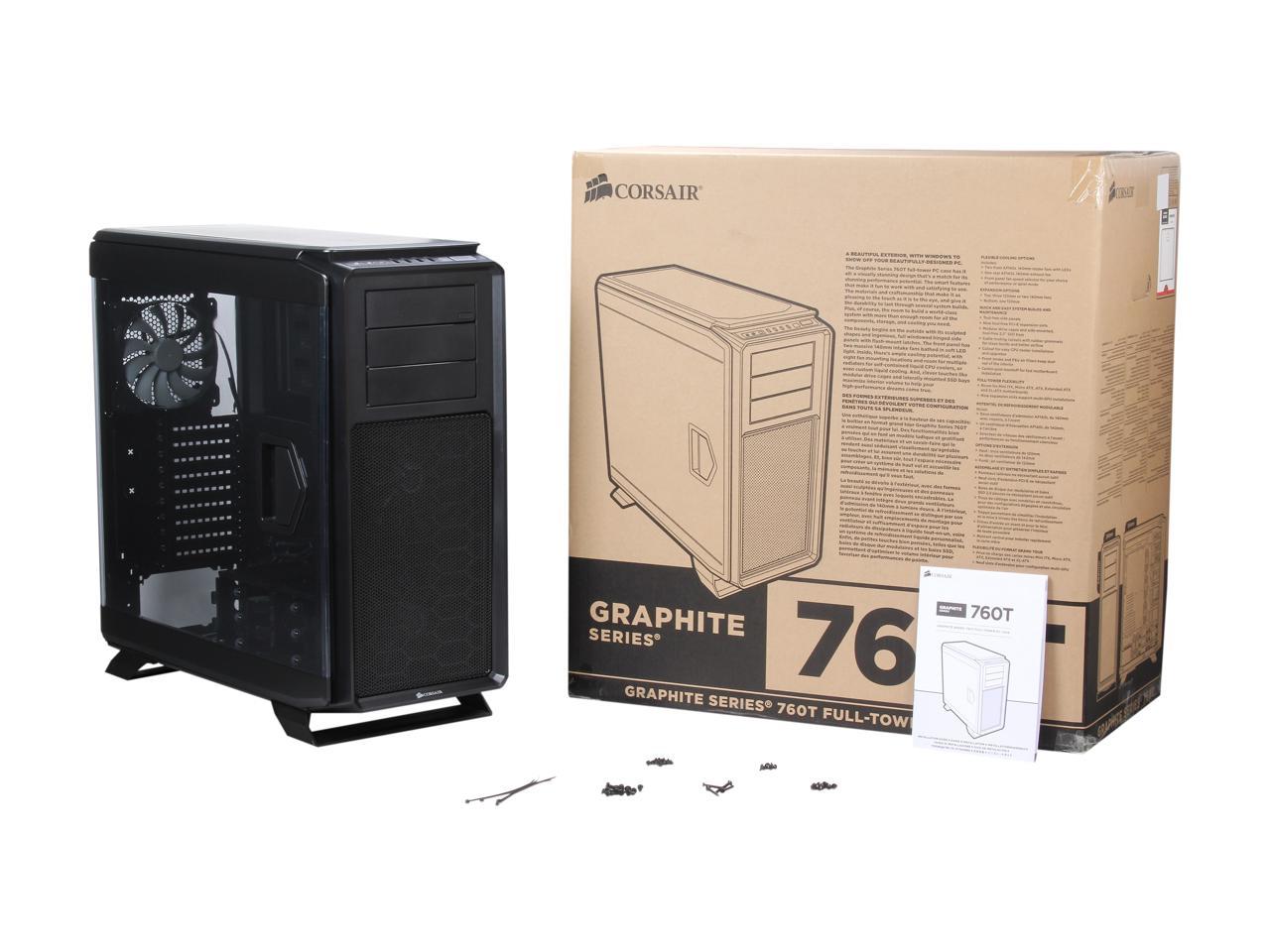 Learn more about the Corsair 760T

James A.
Ownership: 1 week to 1 month

Pros: There is an extremely high amount of space in this case. Cleaning up your wires is probably the easiest thing to do inside this one. There's plenty of room on the backside of the motherboard tray to hide/store wires. If you no longer use HDD's and only use SSD's, there is a very discrete and dedicated mounting tray behind the optical drive tray which will free up even more space when the HDD trays are removed. Filters for the fans are of quality. The fans themselves are quiet enough not to be an annoyance (no vibrations or unwanted noises).

Cons: The only con I could have about this case is the lack of fans on the side panel. Why put vents on the side and not put a fan capability?!

Overall Review: Overall, this is a great case, minus the side fan problem. Plenty of space to do whatever you want inside. Space up top for a 240 x 120 water cooler. Space for as much or as little storage as you want. I came from a HAF922 to this and I was surprised by the extra room. Once again, the absence of the side fan may annoy some people.

Pros: After building around 15 PC's over the years, one of the first things I do, is decide which case to get. This was no exception, as I am replacing my main PC (5 year renewal). After some looking around, I went to my local Computer Store and found that there were about 7 cases that I liked, and that would support the ATX size MB I planned to get. Then I went home and checked the hardware guides and saw that there was an article on cases, which included the Corsair 760T. It didn't win the "reviews" in the article, but ended in the top 5 or so. So I went back to the store and looked at the case and decided "why not"? I had always chose other cases in the past, but this 760T had a LOT more quality to it than the others I've used before. First off, when I opened the box, the case had a protective cloth shroud over it, covering the entire case and protecting it from scratching. The manufacturer also had "pre-sunk" the motherboard post screws, so I didn't have to screw them in, which was a very nice touch. One came loose when I had to uninstall the MB, but it went right back in. I also liked that this particualr model has feet so it sits a good inch off the carpet to get air flow in for the PS. All 3 fans were good big fans, and all screw types were individually wrapped, so you don't have to fish through a pile of screws for the right one. This model also has a "right side gap", and the right door pops open, where you can place your SSD drives (up to 4) so they are away from everything else (but still reachable). One cool thing was that the case had four large oval holes to get cables into this side of the case, and the holes had rubber flanges instead of sharp metal so your cables won't chafe. A lot of the case's wiring also runs through here, so it reduces the visibility on the motherboard side, to help reduce some cable clutter. It has two sets of HDD bays, and I was able to remove one of them to make more room for the PS cables - my PS was a little larger than usual, so the cables would have been a tad tight, but not too badly. Four screws off the bottom of the case had this bay out and allowed plenty of room. Both sides have pop open doors, which are hinged, so it is very easy to work on the case. I believe one could get probably 3-4 more fans in the case, but in my scenario, the water cooler took up the top two spots in the case, and it appears to be running cool with the three big fans, so I don't plan to add to the cooling layout. The documentation was about the same as all case documentation, so if you are "normal" skilled like me, you should be alright with it. Having the Motherboard side door being see through allows you to see all the lights inside the case - it looks pretty cool to see the GTX Video card lit up in there. I may have to spruce up the wiring some to make it look neater in there - right now it looks like my house - cluttered :) This is one very nice and quiet case, and may pull me away from the competition permane

Cons: I only have two cons - one is that it is a little more expensive than some cases, but for an extra twenty bucks, you get some really nice quality features that make installs go smoother. The other con is that the cable management on the right side of the case makes it very difficult to get an SSD into the top SSD bay - since I only have one SSD, I simply chose the next one down, and can put in two more before needing to worry about that top bay.

Pros: It has as much room as you would need. It has a unique beautiful look. I can mount a really thick radiator on top. It fits ATX and Micro ATX boards. 9 pci express slots for triple slot cards. About more then one inch of cable management. At least CORSAIR has all their PINS.

Cons: It collects a small amount of dust but it is not really a problem depending where you live.

Overall Review: Over all this case is pretty much the best case to show of you wonderful parts. In the past I have had an NZXT Phantom 630 but I have had to RMA it twice because it was missing it's pins. NZXT is a good company but not when you get a defective case twice.

Pros: -My cat thinks its a house. -It's huge. -Very good airflow -Extremely quiet. -Both sides have easy to open latches. Awesome design and ease of access to get inside. - 2 large front led fans work very well. Also very quiet. - Top of case can detach (magnetic) for more airflow and you can add additional fans 120mm or a cpu cooler (single or dual) can fit there as well. -Made extremely well. I read some reviews on here saying that the legs at the base of the case and the HDD cages felt "cheap". I can re-assure you these are not cheap what so ever. -Cable management is easier. -Dust filters.

Cons: Only thing I've noticed so far was that the clear side panel sometime won't shut all the way. Kinda needs a good amount of force to shut completely so its flush with the case.

Overall Review: Got this on sale for 129$. Very pleased. Looking into adding some additional fans.

Pros: Aesthetically this case speaks for itself. The large clear window really looks great if you want to show your build and the included led fans are high quality quiet fans that seem to move a lot of air. My build was SLI GTX 780's so that was very important to me. This case does have a lot of plastic in it so it is very light for the size. The plastic is used very well and does not make the case look cheap or flimsy. The actual dimensions are 22.5 inches tall by 9.5 inches wide by 22 inches long, which is far less than what is listed in the specs. I'm very happy with this case and would recommend it to anyone looking for a medium sized full tower.

Cons: The only con is that the side door would not latch when closed. I actually had to use a dremel to shave down the contact area for the latch.

Overall Review: Wish it were a little lower priced, but I'll take it!

Pros: Bought this case 2 weeks ago, it's big, has a lot of nice features, too many to list here. Someone was asking if this case is compatible with an Asus Maximus V Formula motherboard. It definitely is. You can look at the specs here: http://www.corsair.com/en-us/graphite-series-760t-arctic-white-full-tower-windowed-case. The only additions I am making to this case is adding a couple of Noctua 140 mm fans to the top and a Noctua 120mm fan to the bottom along with a Lamptron Fan controller. I don't think anyone would be disappointed with this case.

Overall Review: I am so glad that I waited for this case to come out before I built my new PC. It is sturdy, fairly light, not a dust magnet and beautiful. Cable management was just a breeze and it has nice air flow. Great job Corsair!!

Pros: This is a great case. I am not an expert at PC building. This is my first full-tower case and I couldn't be happier. The size of this thing is huge. It was very easy to install all the componets. The pre-installed mother-board stand-offs were a nice touch, as is the removable HDD trays, giving it alot of room to customise your airflow. Having two removable doors was also nice during installation. The fan opening have pre-installed rubber groments so you won't need to fiddle with extra washers for the screws. The HDD/SDD trays make installing them very easy with the no hardware locks. Cable management in this case is by far the best I have used. With 4 access holes with rubber groments installed, you will have no issues running and hiding cables. It runs very quiet and looks great as well

Cons: As someone else stated, with the cables coming from the disk drive bays, it is kinda hard to use the top SSD slot. But with 3 additional slots I just used them instead.

Overall Review: Overall this is a great case and I would recommend it to anyone. It looks great and made my build very easy.