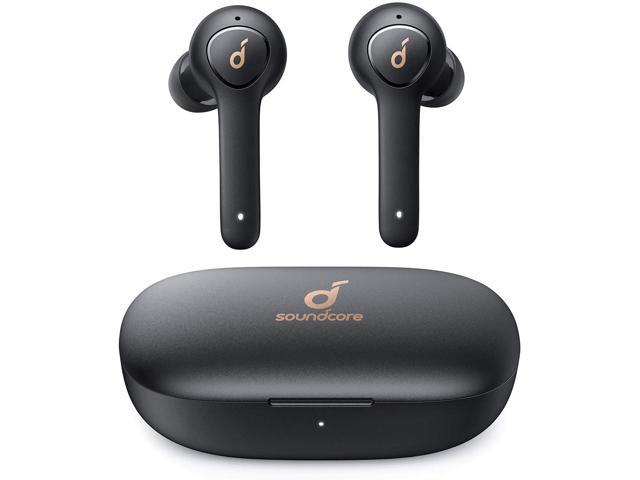 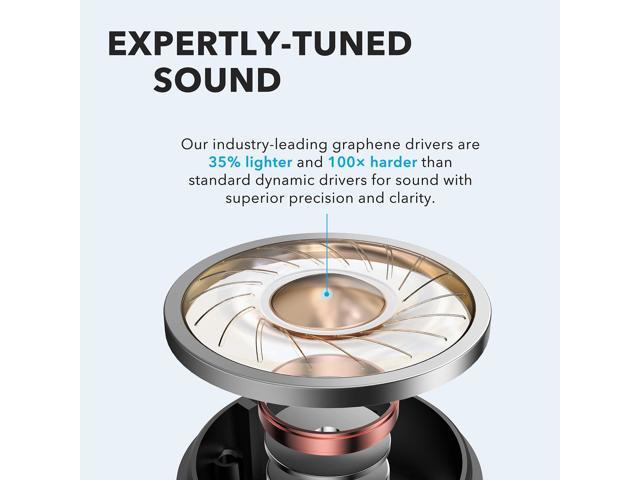 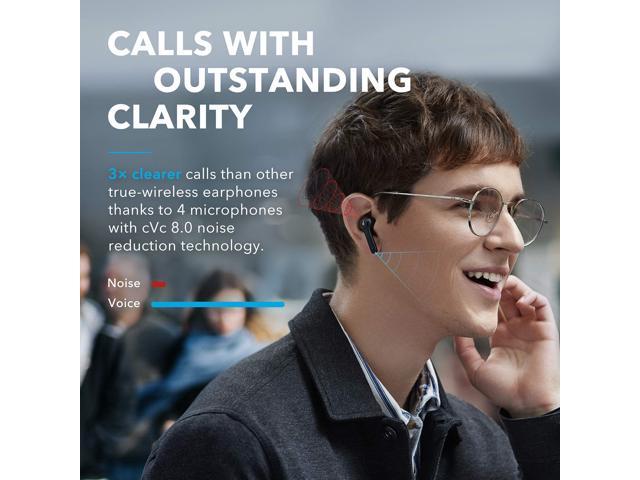 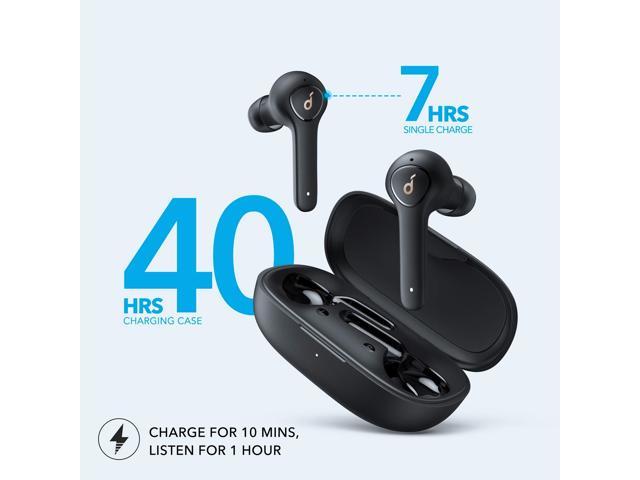 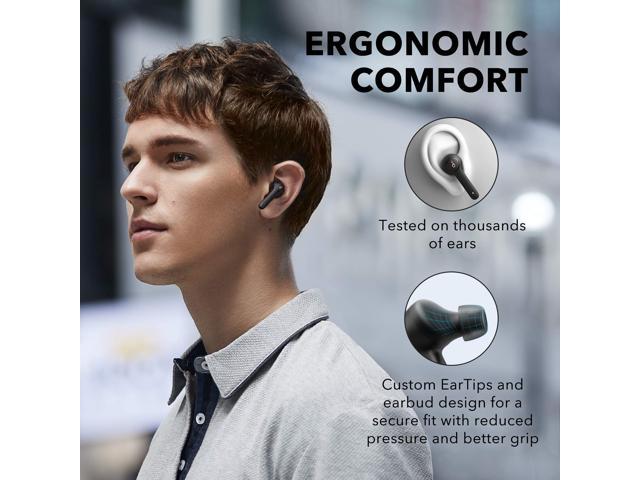 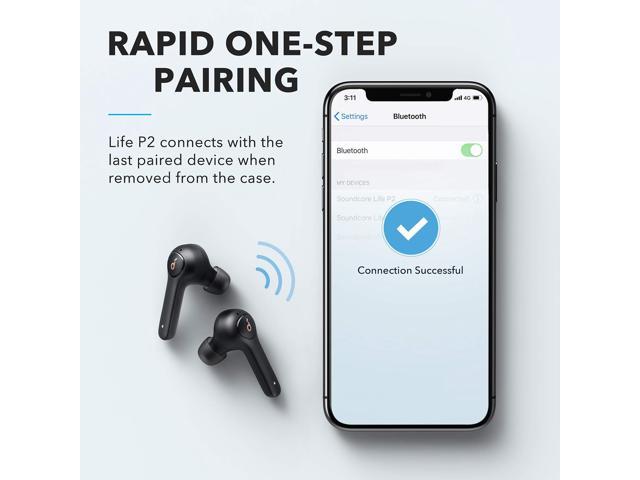 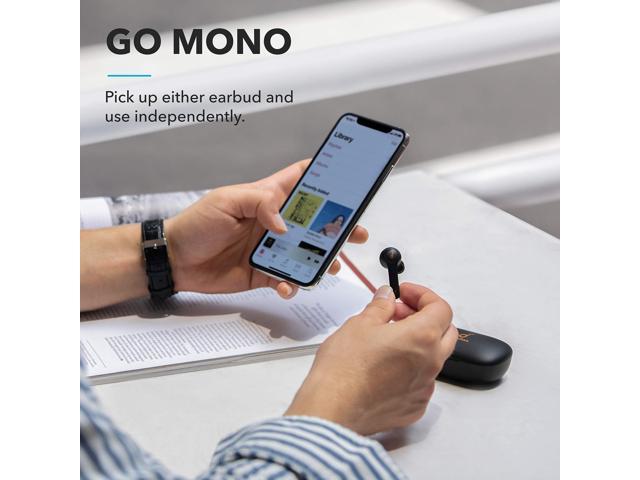 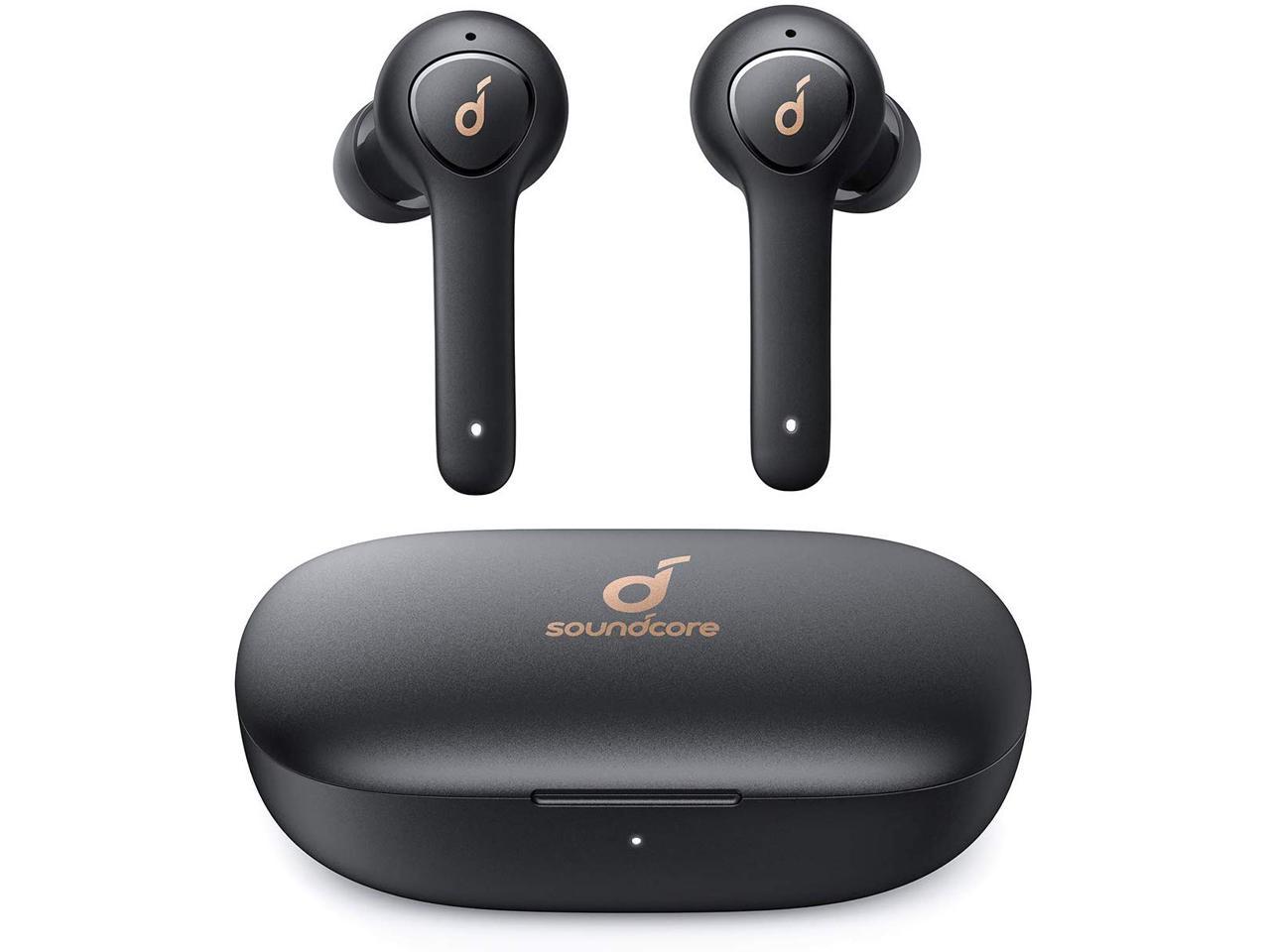 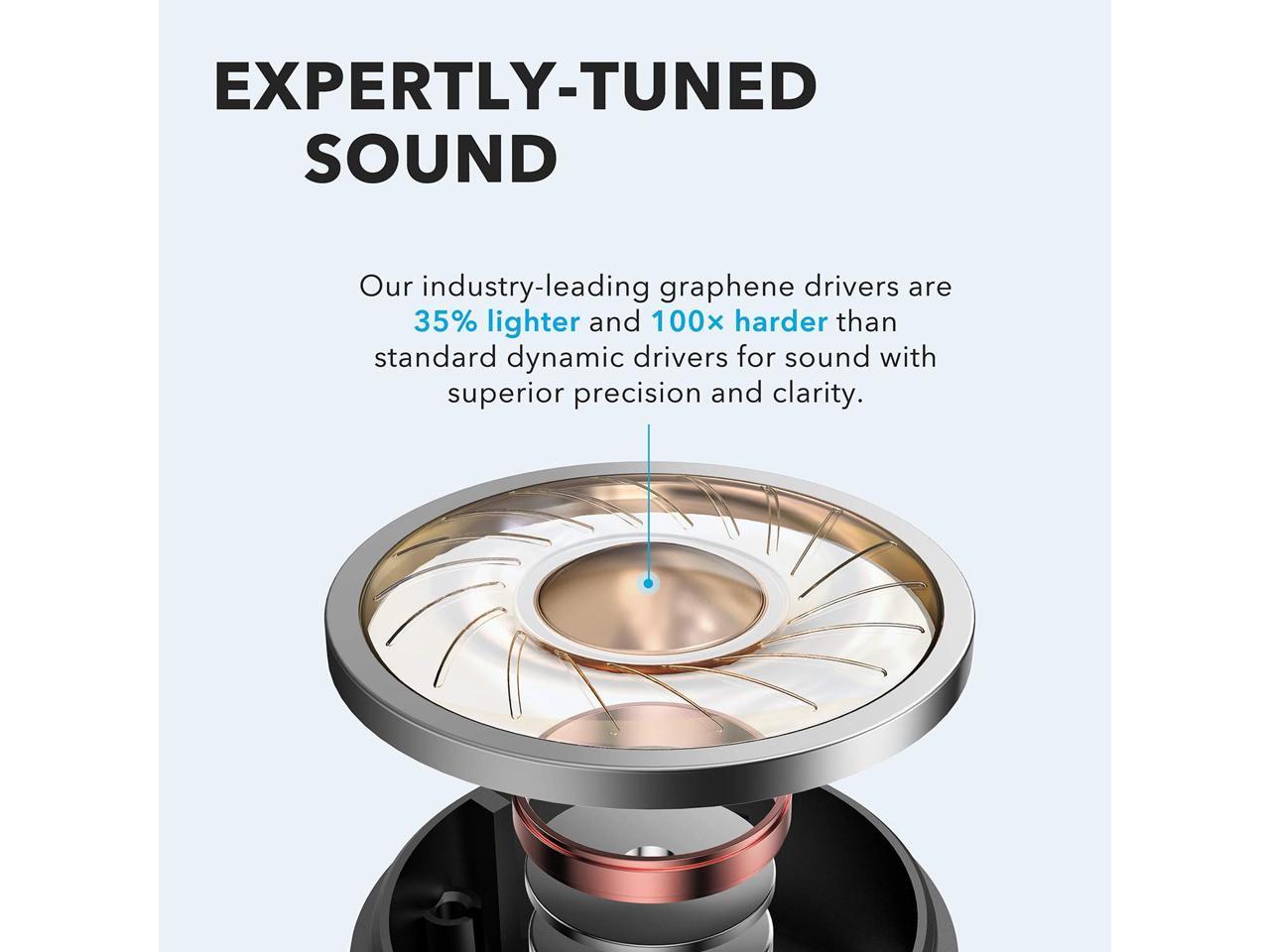 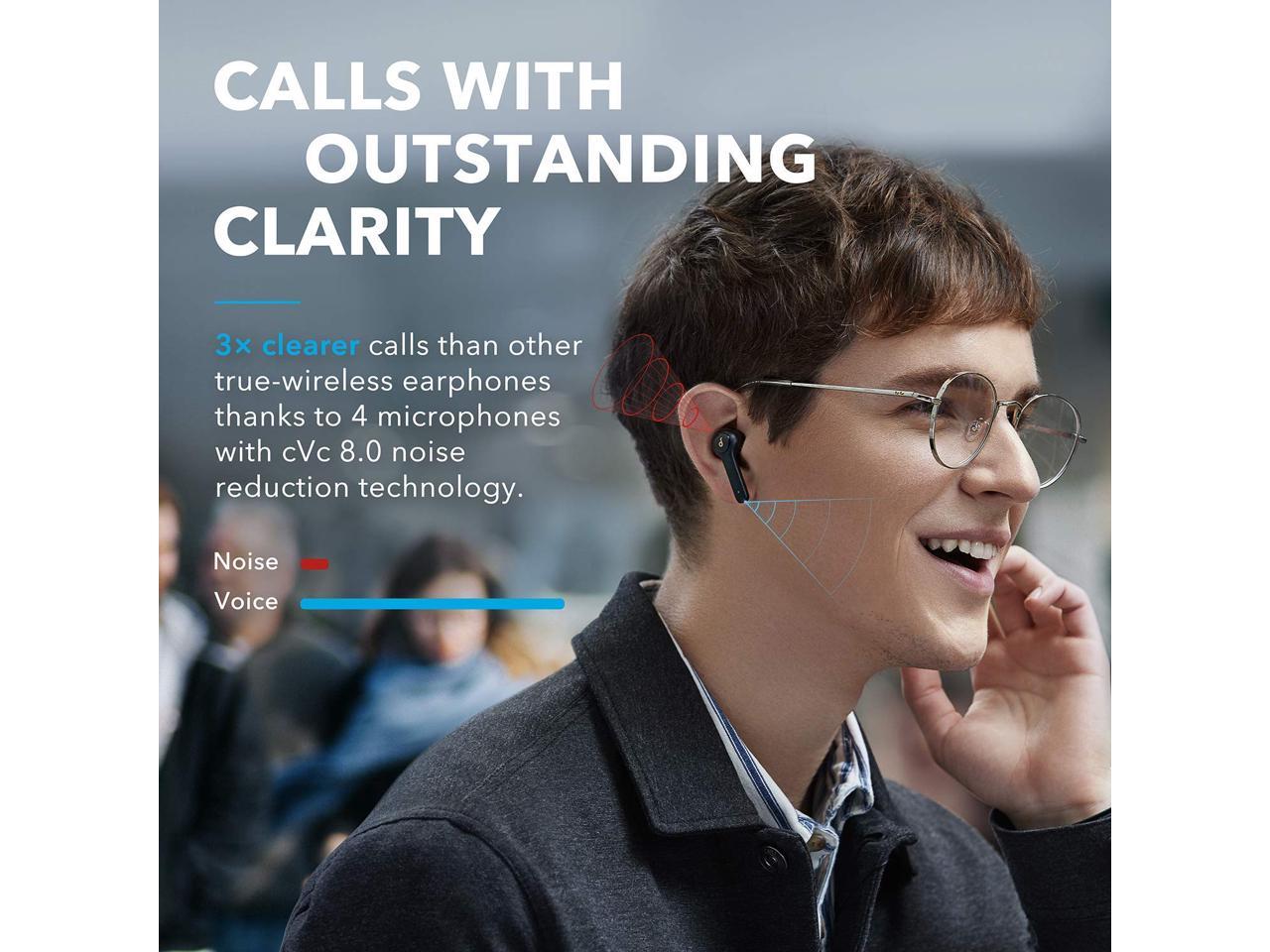 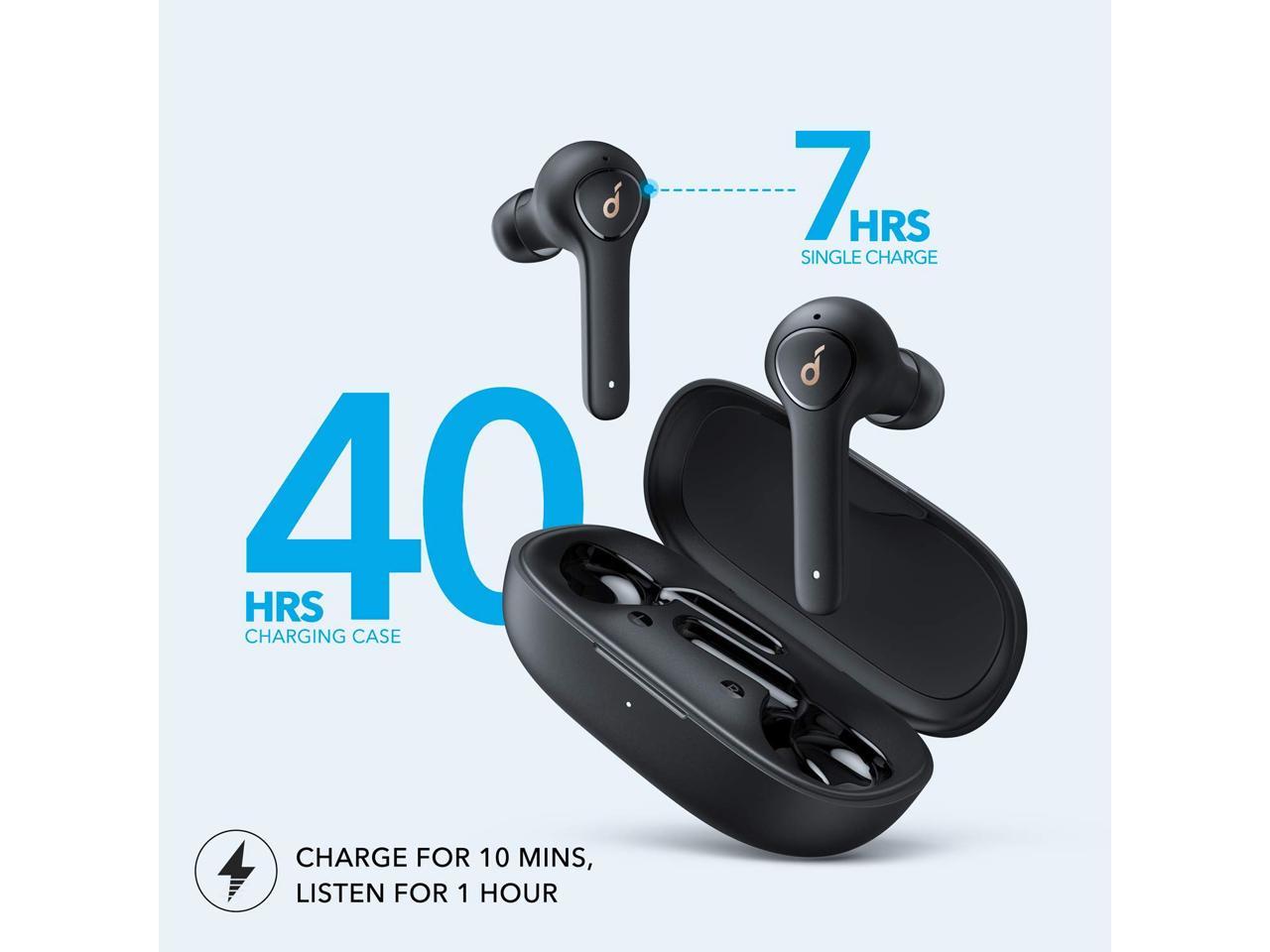 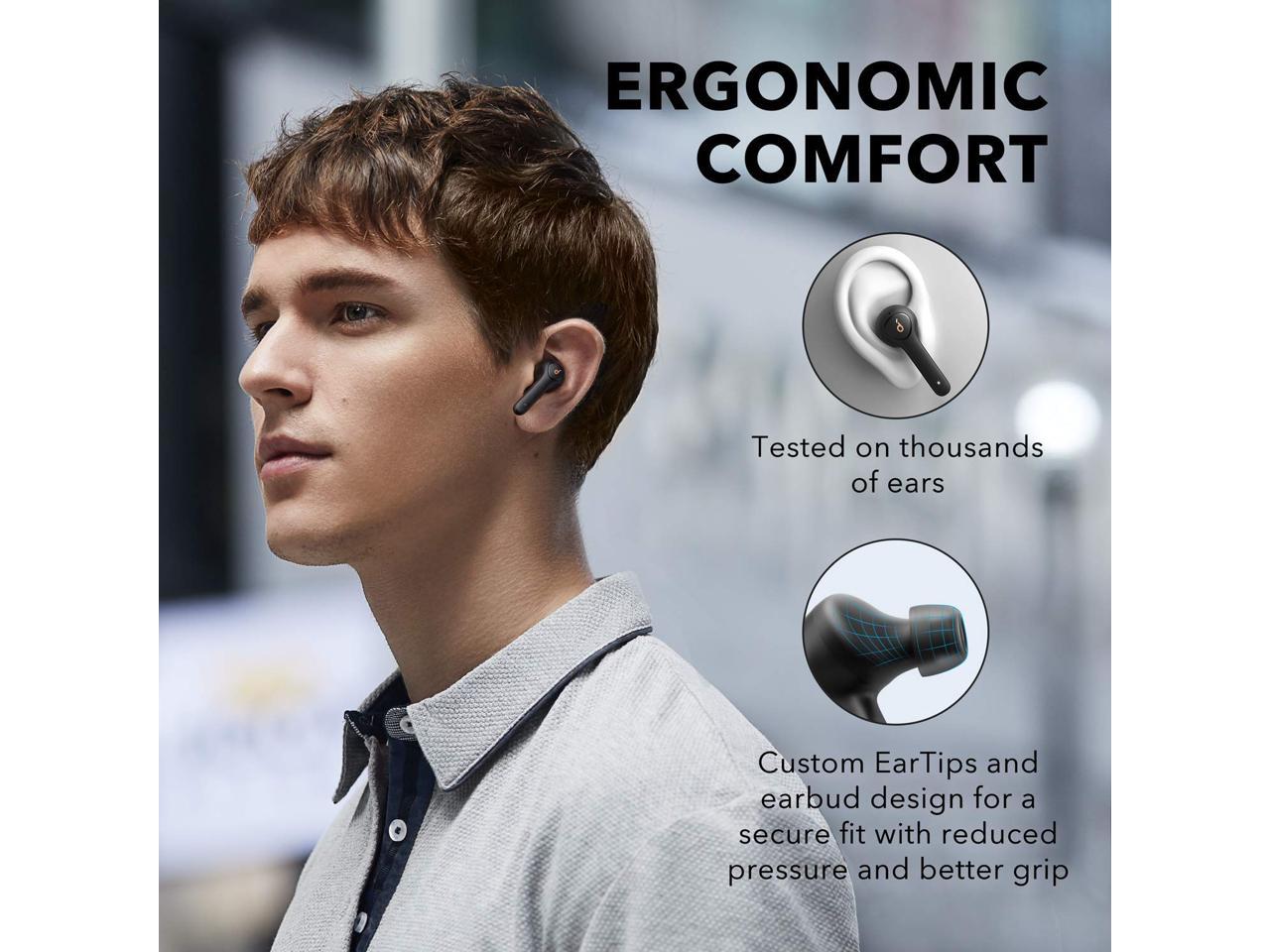 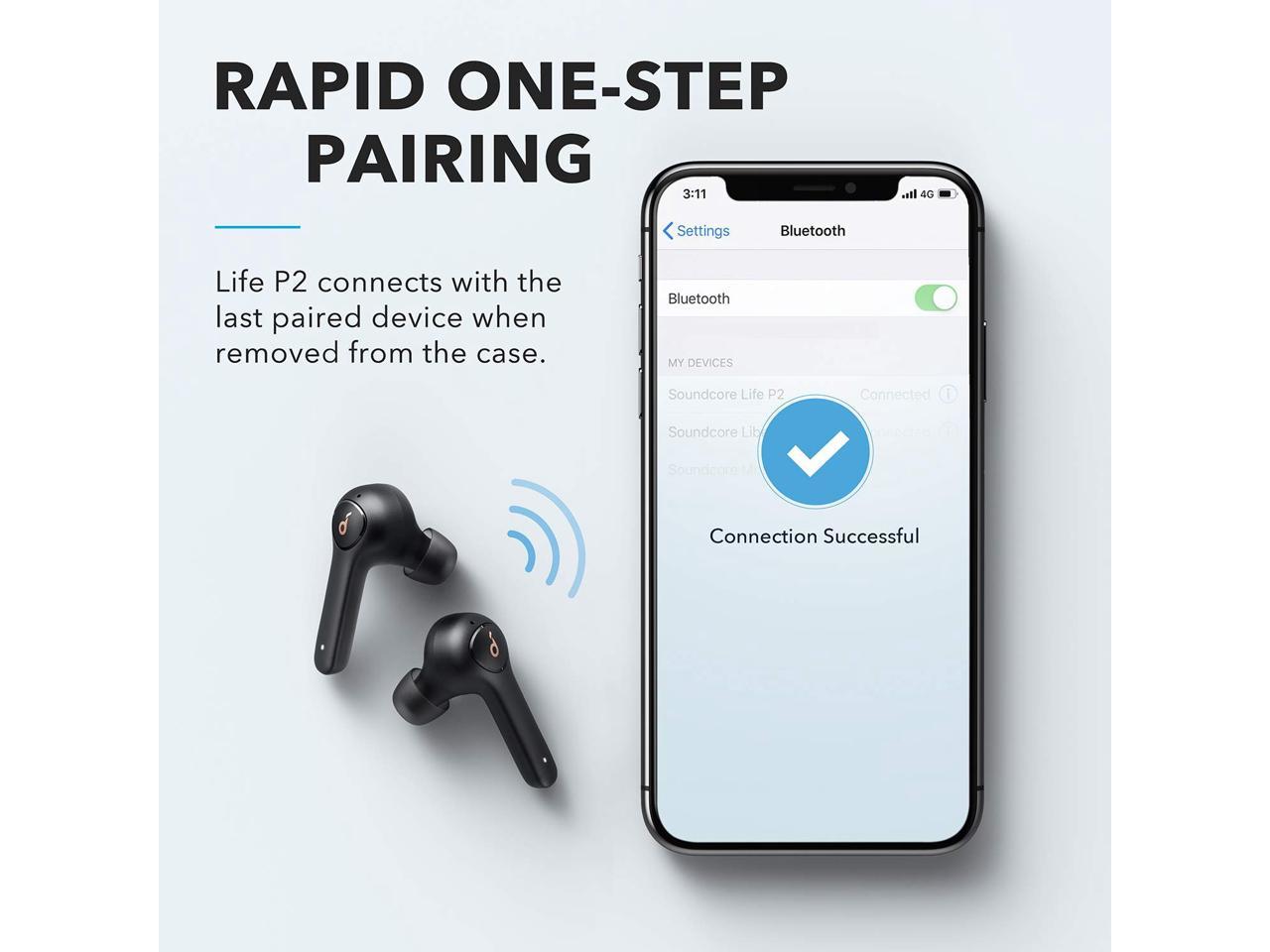 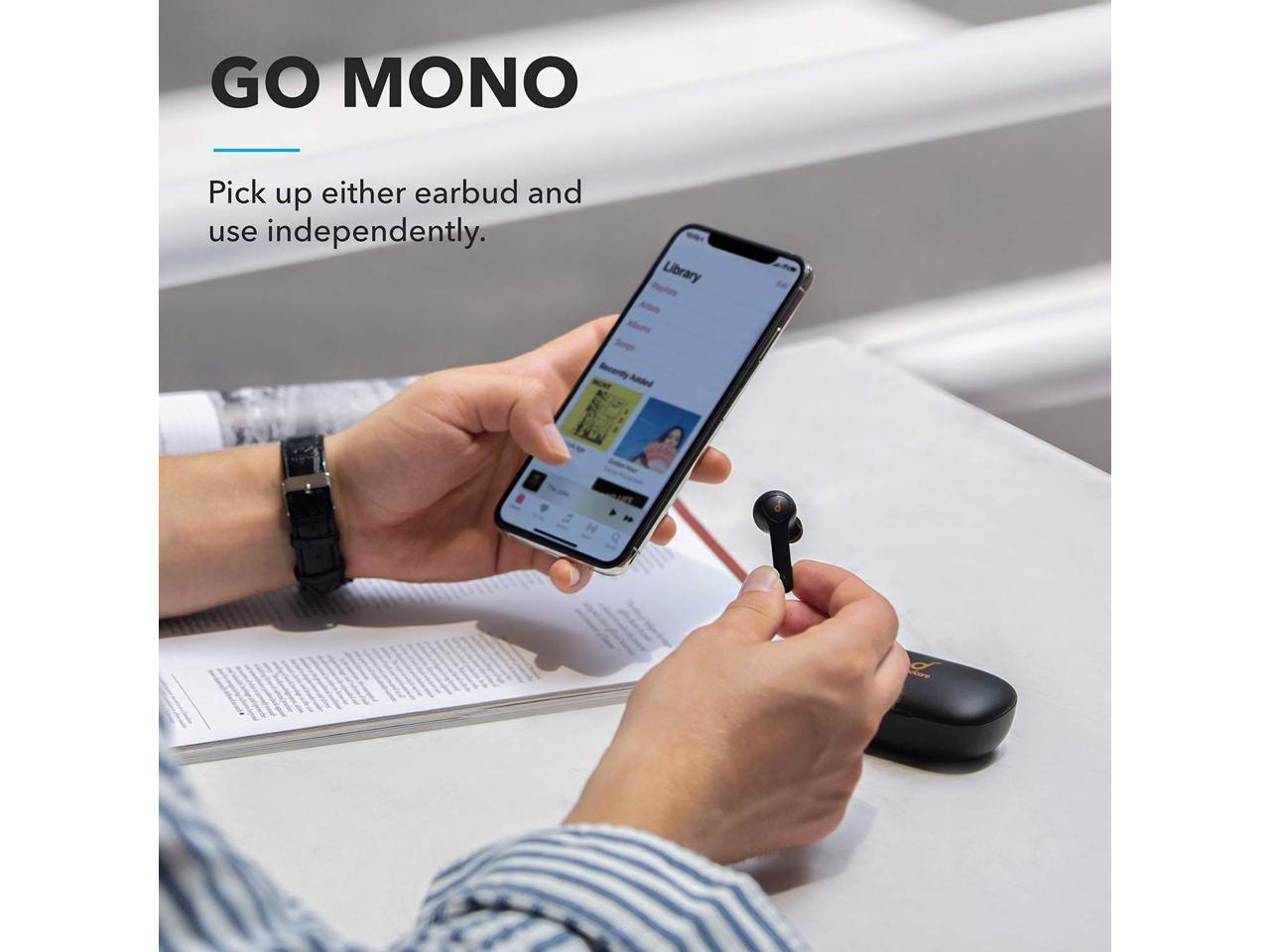 A pair of true wireless earbuds with graphene drivers for crisp, dynamic sound, and four microphones (two per earbud) with noise reduction technology for crystal-clear voice communication. It fits securely and comfortably in your ear, thanks to a just-fit casing which is also IPx7 rated to survive moisture conditions. A charging case safely stores the earbuds, and offers a total of 40 hours of battery life, so you can enjoy more premium sound and worry less about battery outage. Life P2’s graphene drivers oscillate with extreme precision to bring you sound with extraordinary accuracy and an ultra-realistic listening experience. Enjoy 7 hours of listening from a single charge, and extend it to 40 hours with the compact charging case. For a quick boost of power when you’re on the move, charge the earbuds for just 10 minutes and get 1 hour of listening. Bluetooth 5.0 creates an unbreakable connection between your device and Life P2 wireless earbuds for skip-free audio even in busy spaces. Get a confident and satisfying fit in only 3 steps. For the best call quality, ensure the microphone is directed towards your mouth. Protection against liquids such as rain, sweat, and water.

Features at a glance

Pros: I love these Earbuds. Honestly, they are great. And the cost is even better. I wear them all the time. At work, Working out, In the Sauna, Steam room and Shower. They have performed very well. Once again you cannot beat the cost. Even with the Cons these have been awesome.

Cons: So there are 2 cons 1 big and 1 small. The biggest down side is that you cannot adjust the sound from the earbud itself. If these had that ability I would have given them 6 out of 5 eggs. The other minor con is that honestly they can be a little difficult to remove from the charging case. I might just have fat fingers but I found that I just needed to use a single finger and pry it out rather that pinch it between two fingers and pull it out.

Overall Review: I would totally recommend this product to other people. These are amazing for the price.

Pros: I like them very much. 1. Comfortable. 2. I like the button press instead of response to touch (like another set of buds I have). 3. Sound good to me. 4. Good duration of charge. 5. I like how the leds on the buds only blink when there is no audio being played (so you know they are on) but they stop blinking when playing audio, which is nice in a dark room

Cons: Another set of cheaper (Taotronic) buds I have, have a charging case that has 4 leds to indicate the amount of charge remaining in the case. The Anker case just has one light. I've only had it for a few days so far, but from what I can tell in the booklet, the led maybe (?) lights up when the battery gets low but otherwise I have no idea how much charge is available remaining in the charging case. If the Anker buds had more lights and indicated the charge when putting the buds in the case, I would give 5 stars.

Overall Review: I would definitely buy them again.

Pros: Anker delivers again. This is a really great sounding unit for 1/3 the price of the Apple.

Overall Review: I had to RMA my headphones after about 1 month when the left earpiece died (seemed to be a charging issue.) The Customer service at Anker was helpful with troubleshooting and sent a replacement quickly when the troubleshooting failed. The second headset is performing well. I am happy with the product

Cons: worst sounding (small and tinny) earbuds I have listened to. They were so bad that I couldn't listen to music at all.

Overall Review: I would not recommend these until/unless they upgrade the sound quality. Even the lesser Soundcore Liberty Neo sound WAY better although they don't have all the features I am keeping them and returning these.

0 out of 7 people found this review helpful. Did you?
Willie R.
Ownership: 1 week to 1 month
Verified Owner
This has been an unmitigated disaster. These things just disappear from view, and cannot be found. They won't even try to pair. This was truly a waste of money.7/5/2020 9:09:52 PM

Pros: No pros! This stuff is junk! They did replace them, yes, this is the second pair. And they are doing the same thing. They will not, now, pair with my Win 10 PC. No matter what I do! They did pair, for a while, a couple of hours. I put 'em back in the charger, and several hours later, went to put them back on, and they don't make any sound other than "Turn on tone", "Battery high", and auto turn off tone because they won't pair.

Cons: EVERYTHING IS A "CON". THEY DON'T WORK. THEY ARE JUNK!