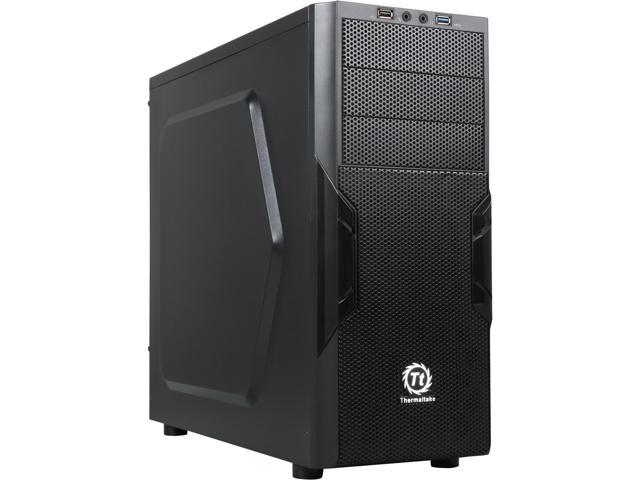 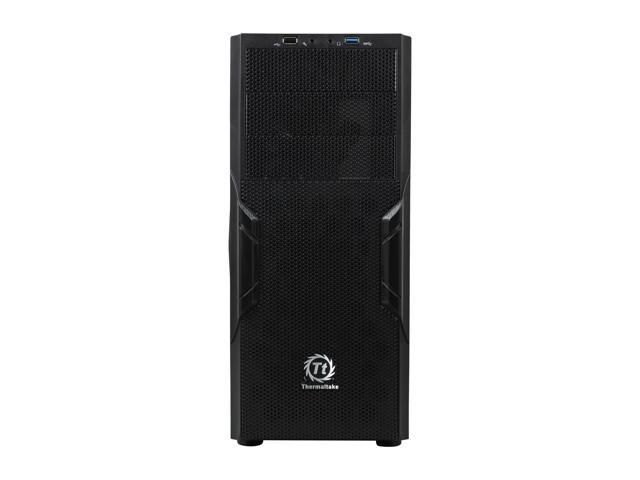 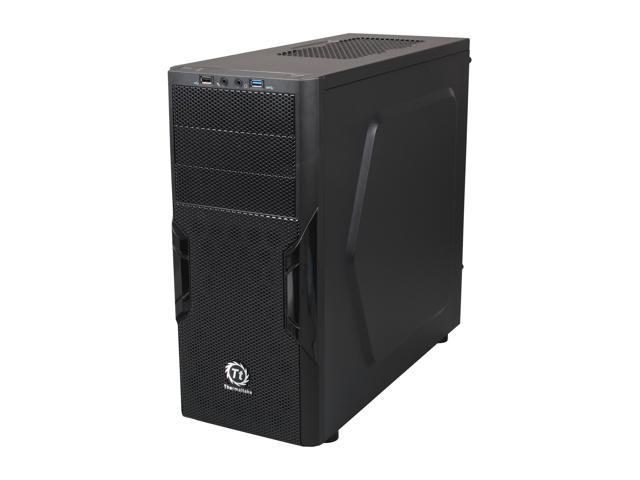 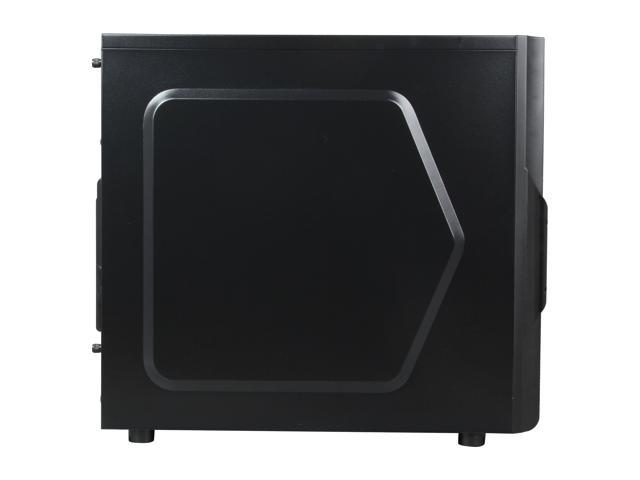 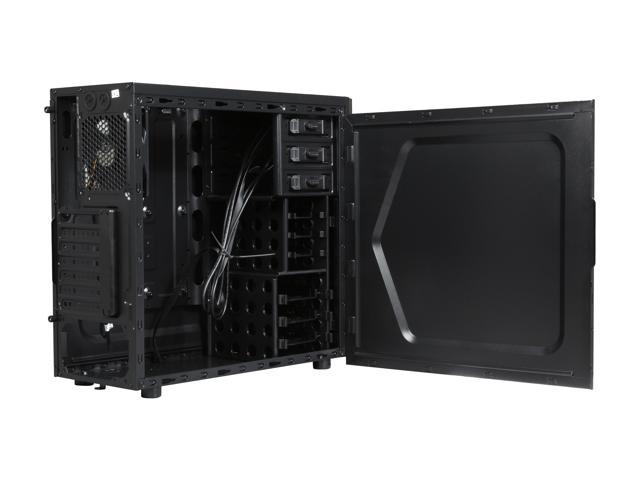 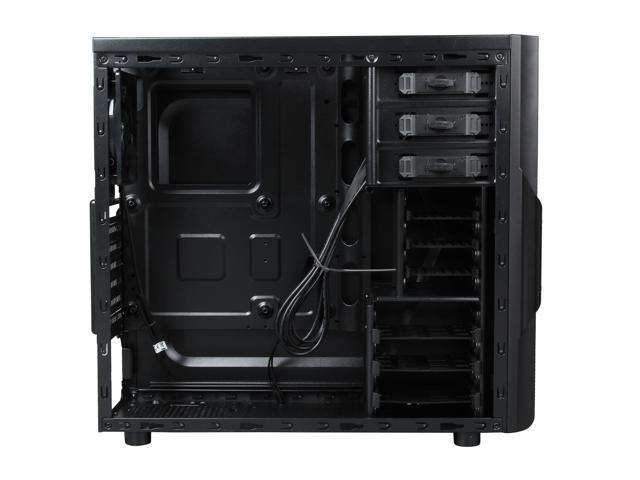 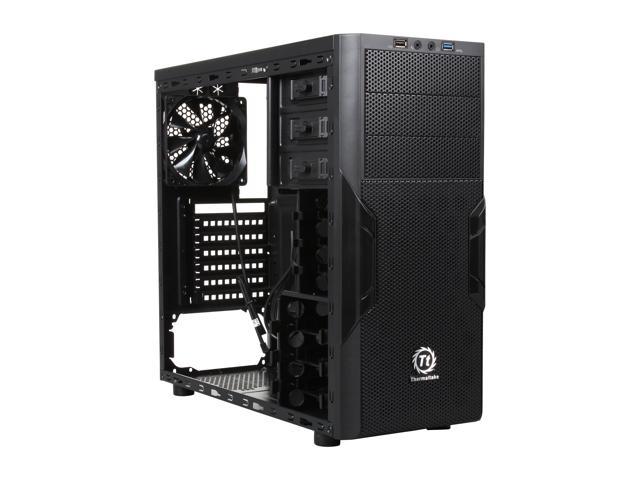 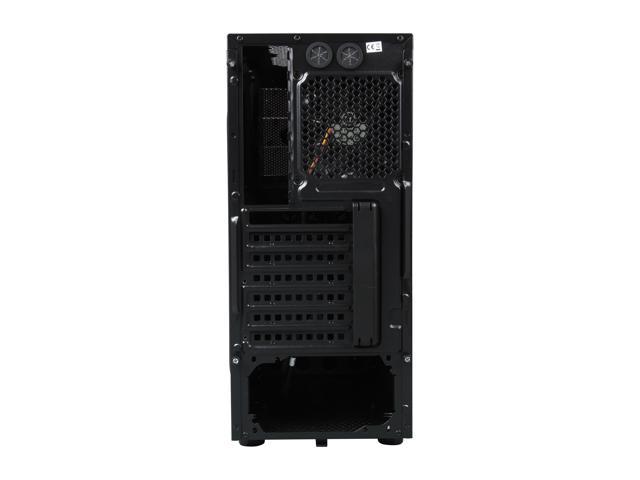 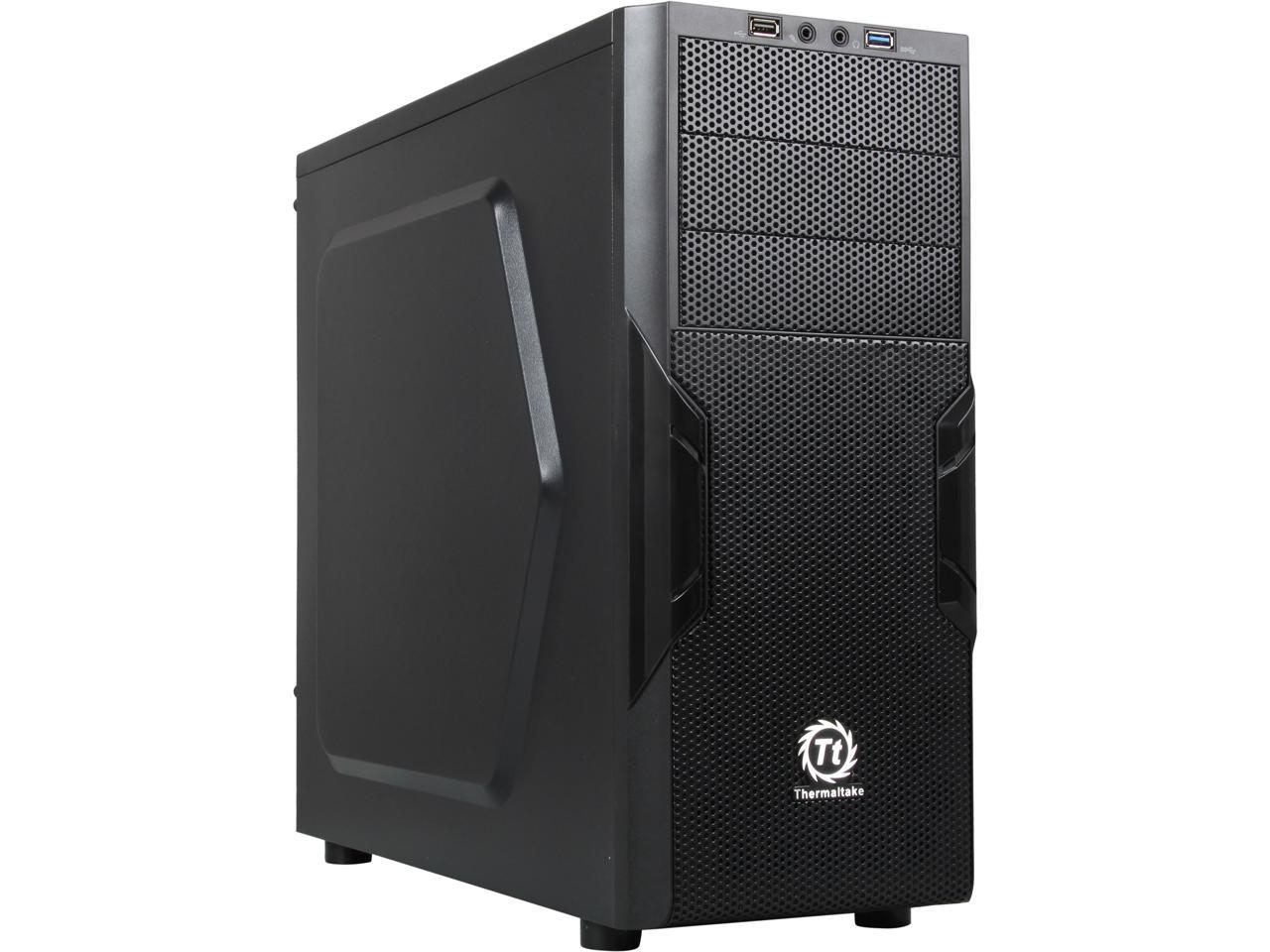 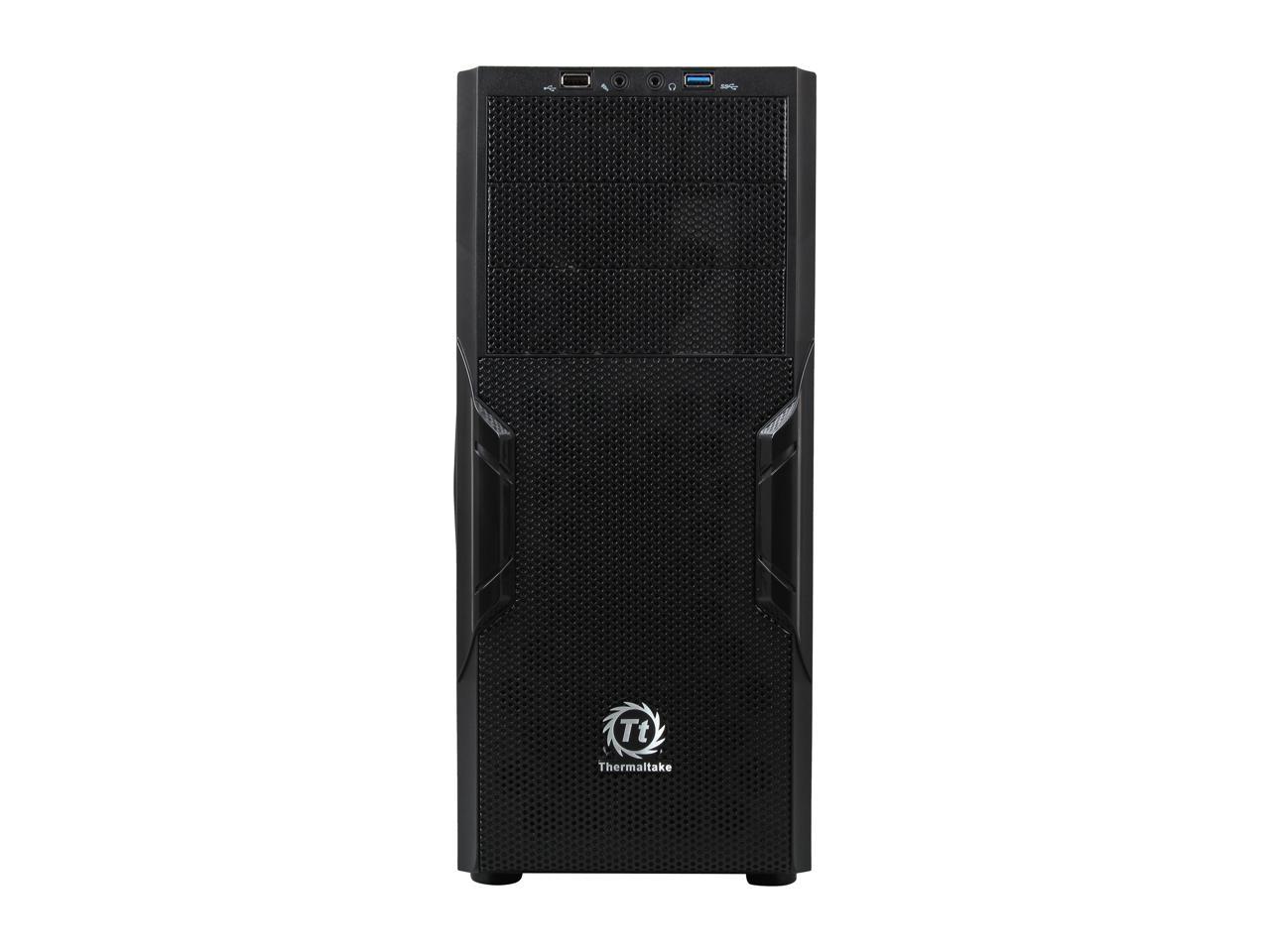 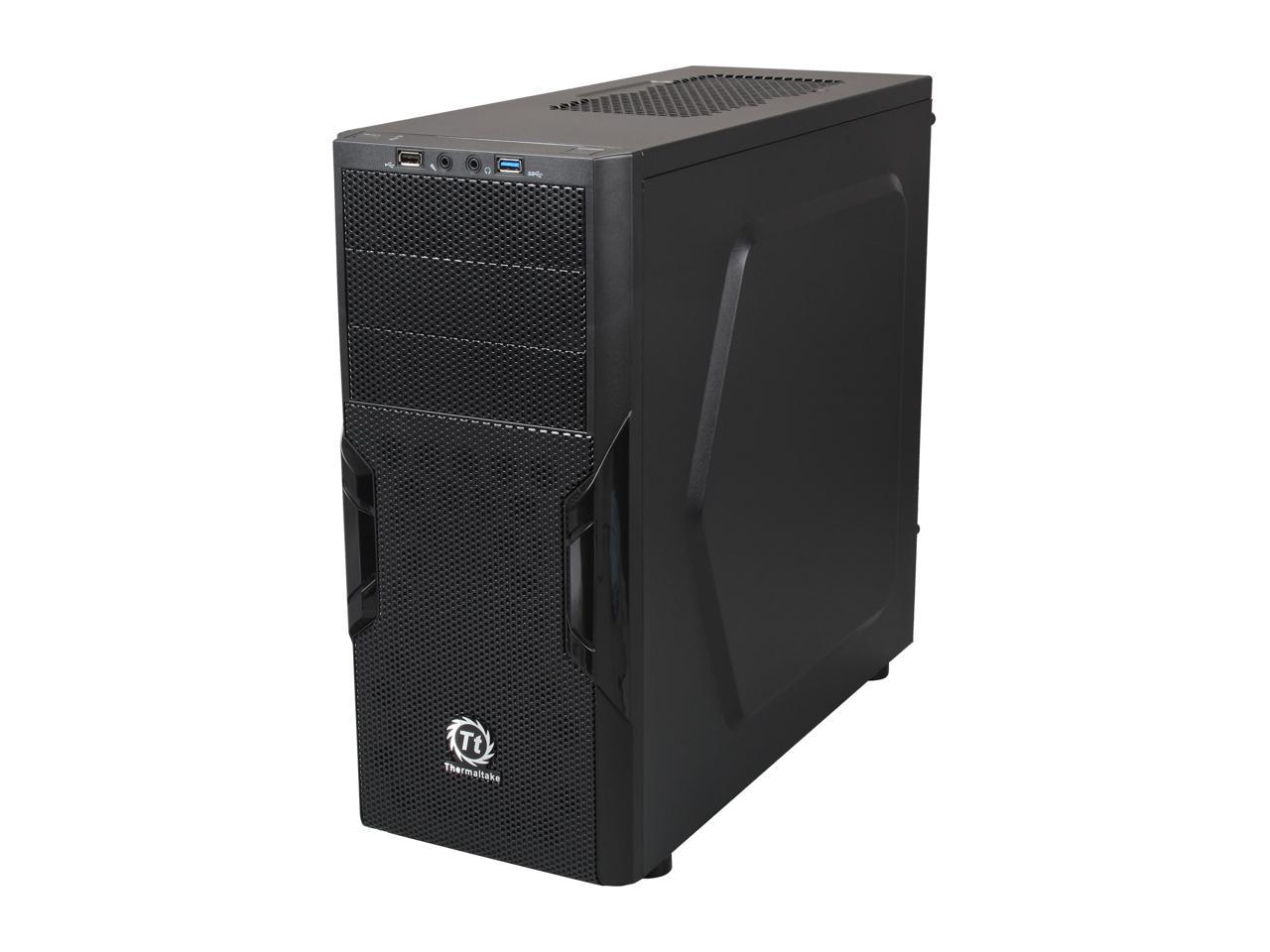 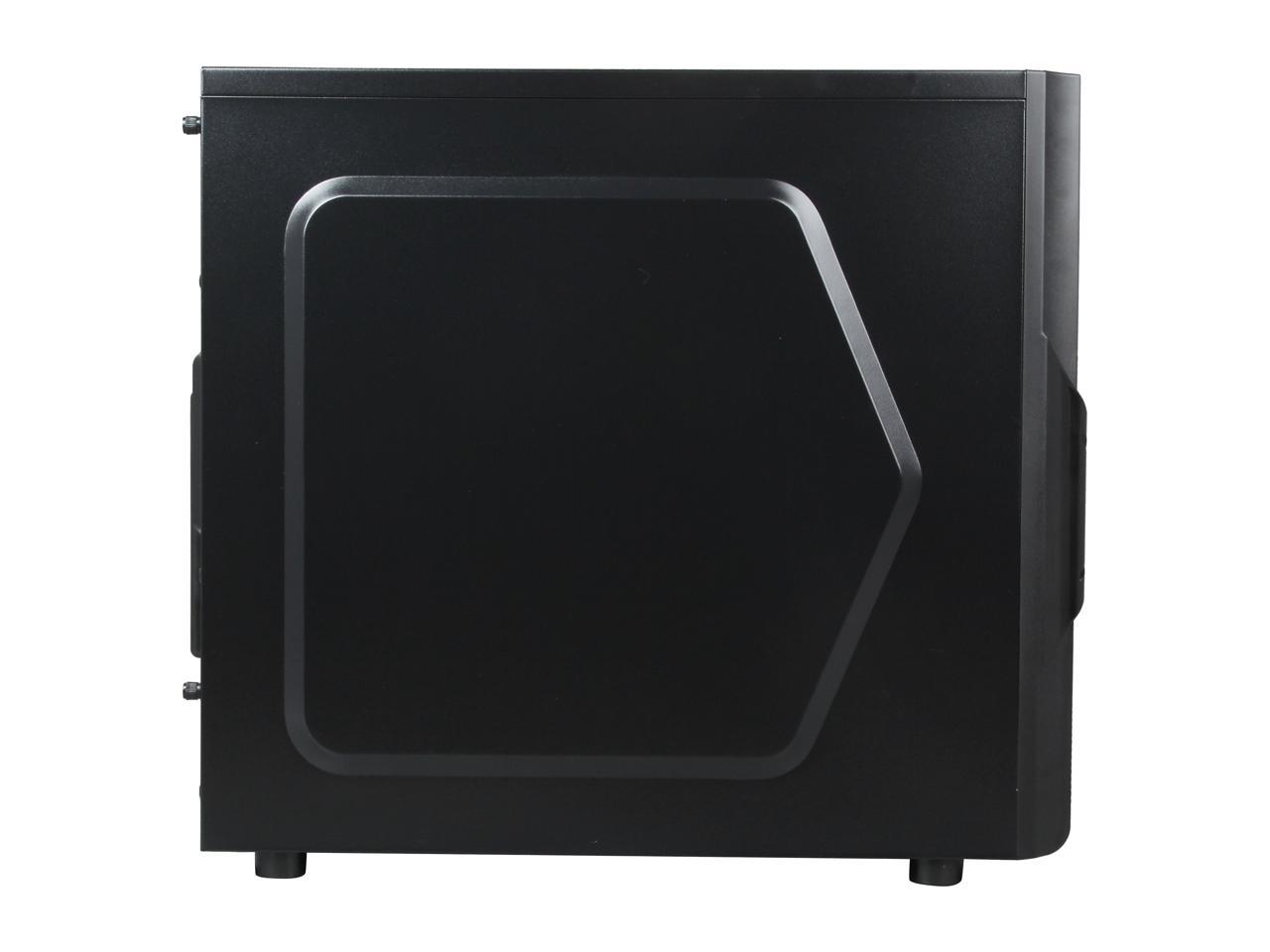 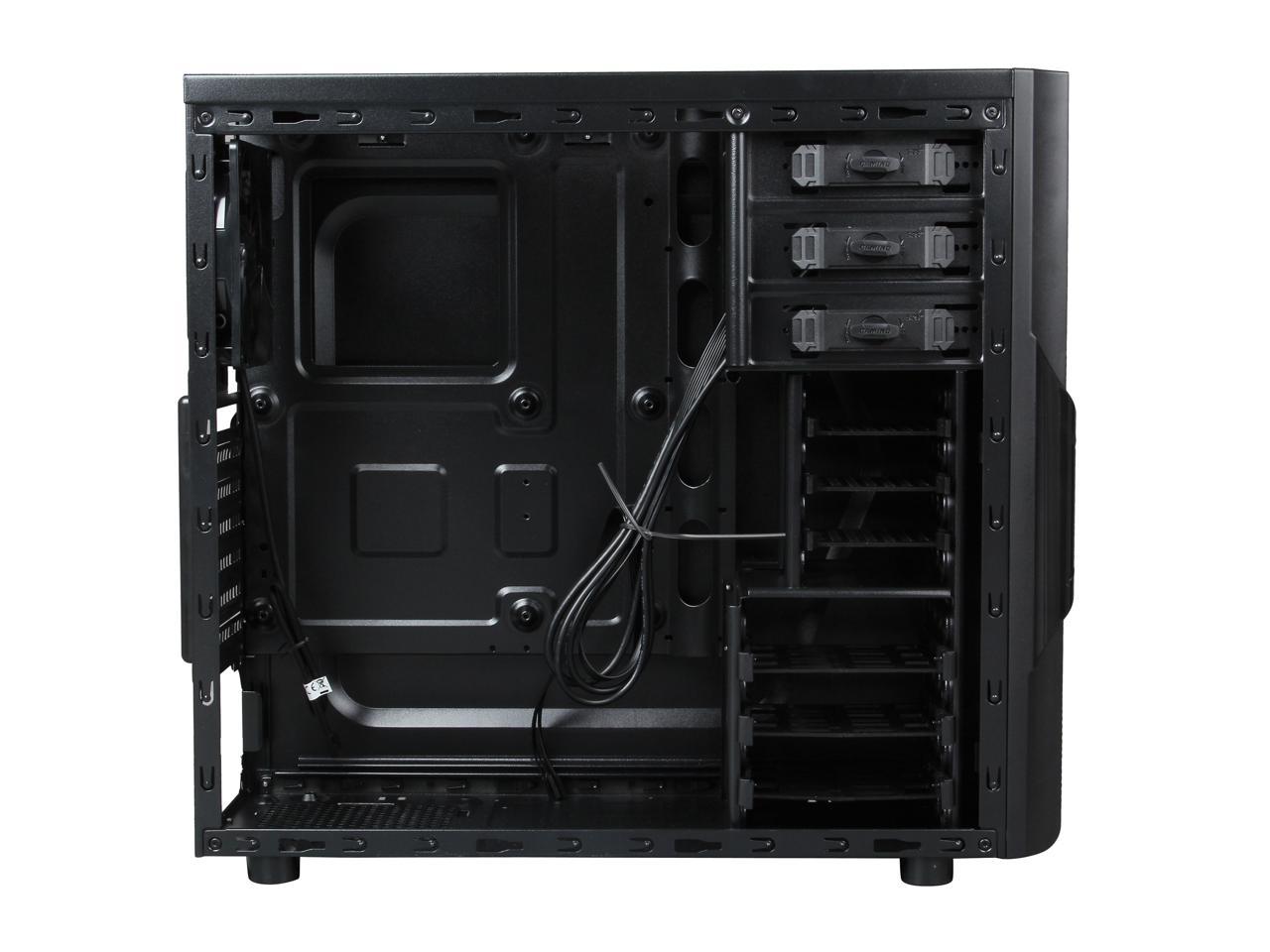 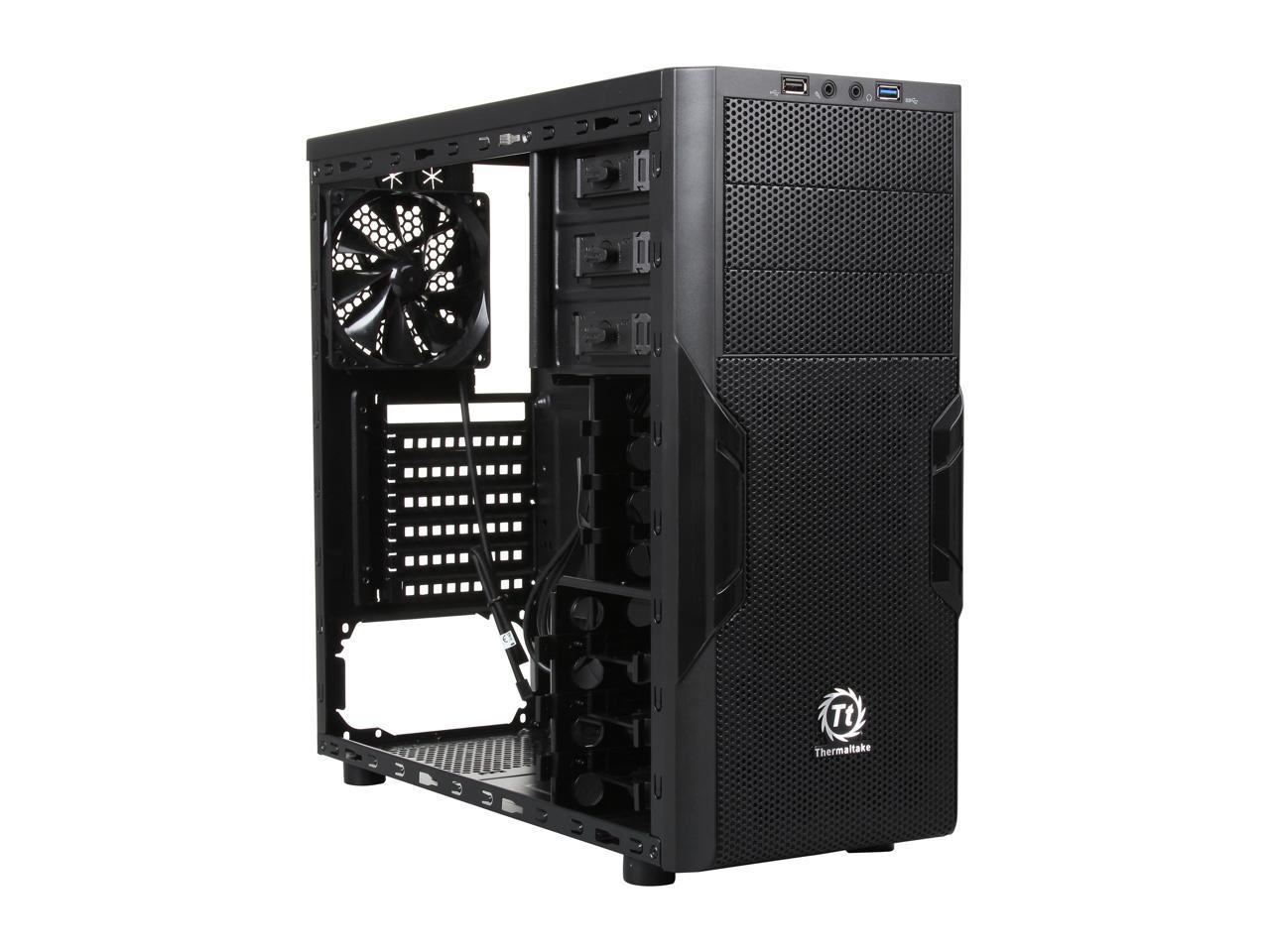 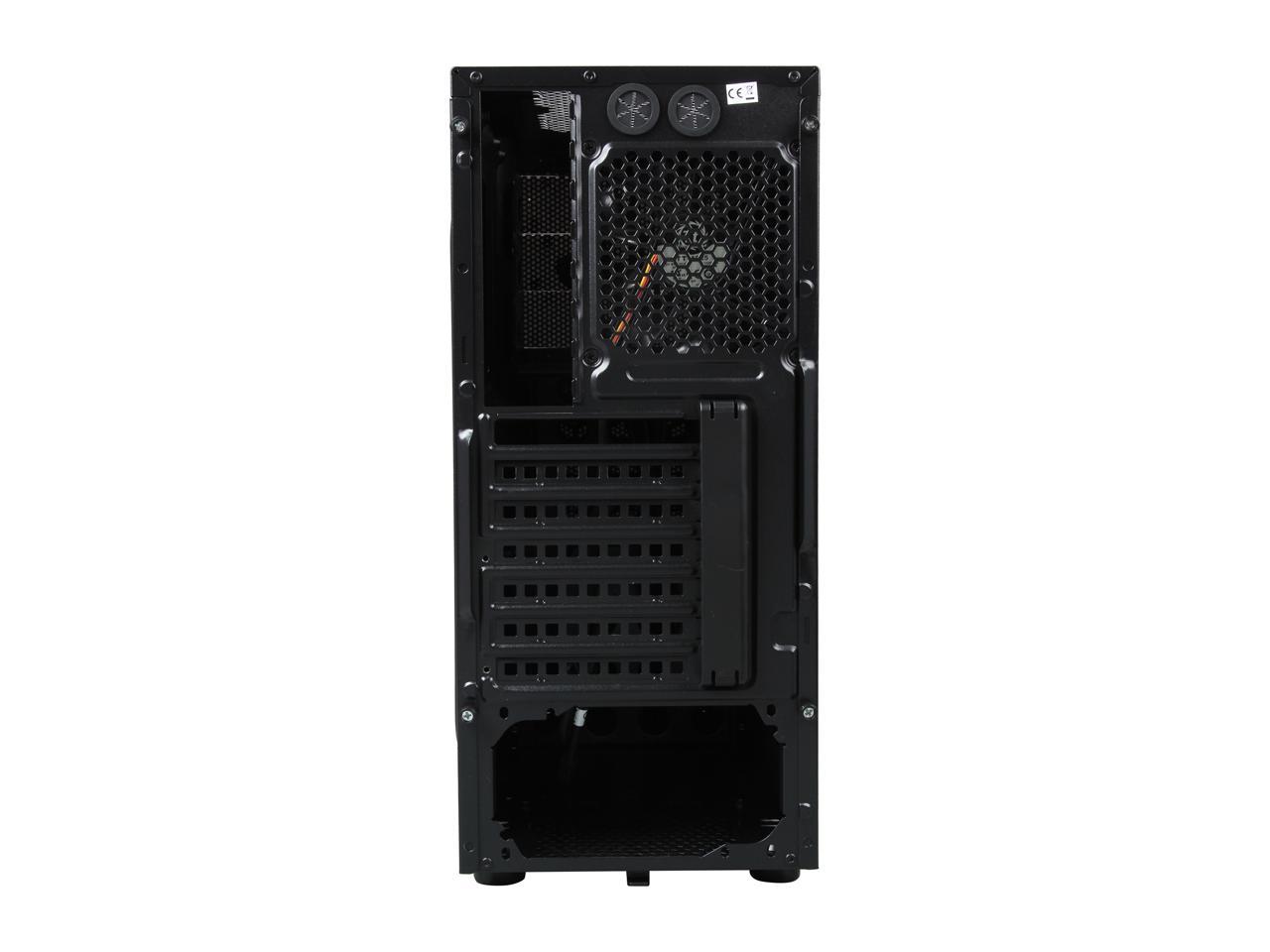 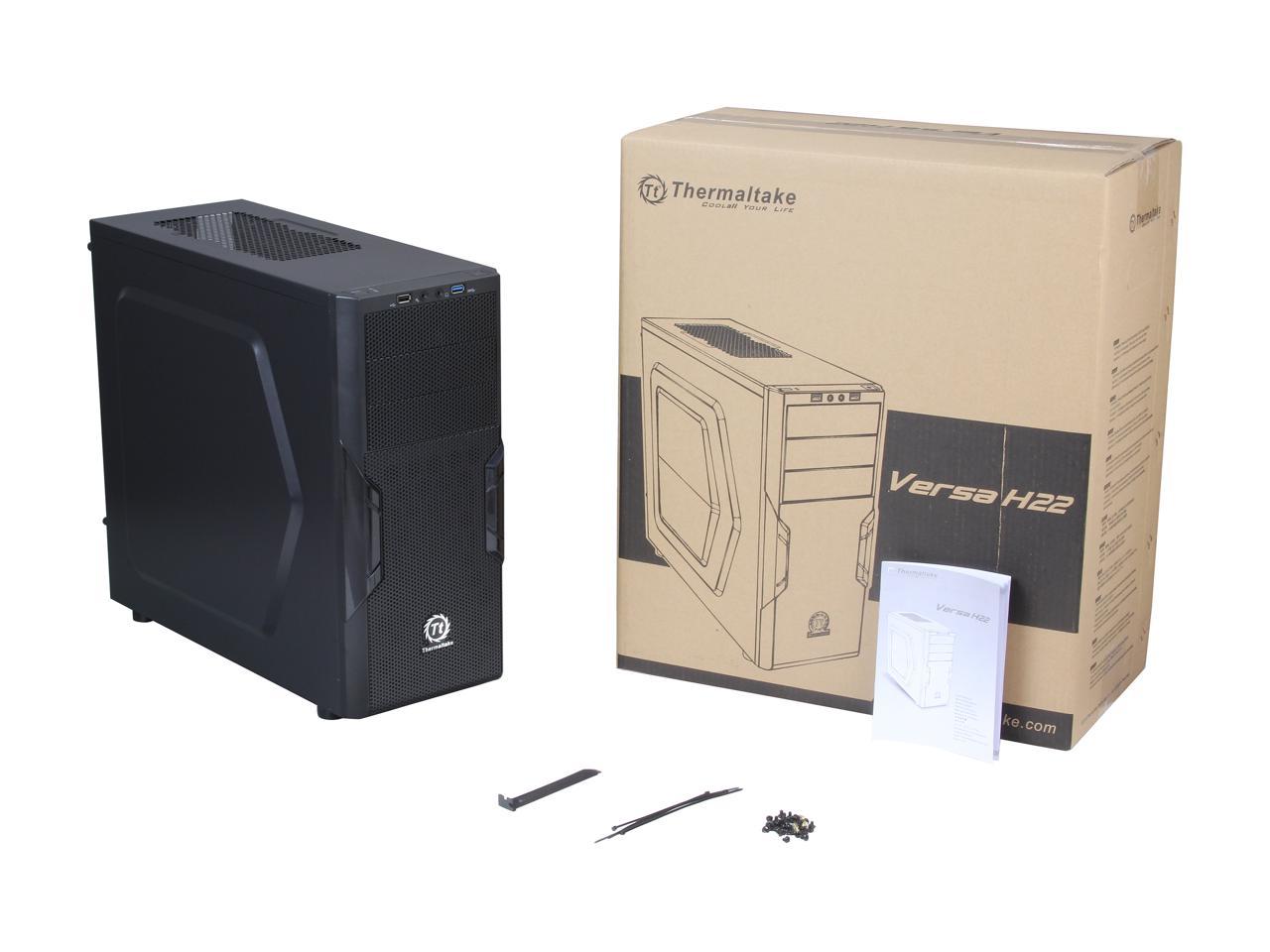 Pros: This is a decent enough of a case. I liked how they had the 2.5" and 3.5" HDD mounts facing out, which is one main reason I got this case over others. The HDD trays are plastic, they don't see too awful bad, actually they are a pretty neat design as they are all tool-less. the trays slide apart just far enough to put HDD in not, and slide back locking the HDD in place. So, if someone wanted something more sturdy, like a metal one, this isn't, but don't seem like it will break that easily. Some reviewer(s) complained about only getting 3 motherboard standoffs, well that is how it is suppose to be since MOST of the motherboard mounts are already built into the case, such as for the MinitITX, and Full ATX and Extended ATX, so the 3 they did give you are for the Micro-ATX and similar layout. Another reviewer(s) complained about not having screw holes for the front 120mm Fan, which, they actually don't have screw holes for the fan(s). But, what they do have is once you snap out the front screen filter, on the back of it are two snap mounts where you can just snap two 120mm fans into from the back, and then snap the whole assembly back in the case. SO, you don't actually need fan screw holes for it, plus you probably would need them as mounting them to the HDD cage behind it is not very practical.

Cons: If you even wanted to call these a Con, but the case is pretty light as the material is somewhat thinner then other cases, especially the side panels. There are other most costly cases that are made from thicker steel is someone wanted that, like the Antec Three Hundred Series, those are some excellent cases and do tend to weight considerably more, so ergo they use thicker steel to build it.

Overall Review: I work on and build all kinds of computers every single day for work and people have to understand that a some people like to complain a lot. This case is plenty fine for what it is, it has its ups and downs, but as long as nothing is damaged or bent on it, it is what it is.

Pros: It's light, attractive, great airflow, and despite what reviews say, it most definitely has cable management. It also has enough room to easily hold a Cooler Master Hyper 212 Evo, so you've got room for those massive heatsinks. Fits the 660 TI SC we have with plenty of room and it comes with 2.5 bays for SSDs.

Cons: Sides are a little flimsy, but solid. It's very light which I like. Not really a con.

Overall Review: In the past I've had more expensive Cooler Master Storm, Antec 900, and a Lian-Li. 40 bucks, I think this works just as well, attractive, and just overall better. You can't go wrong. It's basic and minimal which is just awesome.

Pros: I’m not sure why people have been giving this case such a harsh review. I bought this case from a local retailer used it for a simple build i3-4160, Cooler Master HYPER T4, Gigabyte GA-H81M-H, Kingston 4GB DDR3-1600, Thermaltake TR2 430W. Case worked out great it has 4 raised standoffs and it includes more that can be used if needed. Also dust filters for the two front intakes and powers supply. Comes with 4 case fans which are almost silent I like that they give you the option to use the front USB 3.0 as a 2.0 in my case this came in very handy as my board did not have a USB 3.0 header on it.

Cons: I wish the 2 front fans could screw in to the dust filter instead of using the plastic clips to hold them in. The front fan that lights up is not as nice as the other 3 case fans.

Overall Review: This was my first Thermaltake Case usually I use CM or Corsair decided to try this one and for the price its a good case.

Pros: Case is priced well especially when on sale. It has a USB 3 port (pretty standard nowadays), plenty of storage, and dust filters everywhere. I do have room to mount my water cooler but it is tight.

Cons: Well its cheap for sure! I bought fans for the front but it has no mounting holes. That to me seemed odd especially when its recessed with a dust cover over it. The tooless bays are also poorly made but they do work. It seems like the plastic that it has in this case is what does it for me. Its real flexiable and doesnt seem sturdy.

Overall Review: Eventhough it was cheap and on sale the build quality really is poor. I guess you do get what you pay for on this case. Other Thermaltake cases around this price point that I have bought have been on point, but not this one. Overall this might have made my mind up on Thermaltake cases. If the build quality is that far off for these cases I will look at other manufactures for cases. If you can find it for cheaper than $40 then it might be worth a try, but dont expect much out of it.

Pros: What can I say. For what I payed for it. This thing is nice. I was able to easily manage the cables. I mean all of em. Like how easily the side panels came off and on so easily. Removing the back or to say the othe side panel made wire-fu simple. It is very light compaired to some other cases I've had to deal with in the past. Fit my new Asus H170 plus D3 motherboard with no problems with room to spare.

Cons: The front panel is kinda flimsy. I was worried I would break it when I removed it. Not really a con.

Pros: It's a solid cheap case. My previous review (AVOID AVOID) was based on the assumption that there were fewer open PCI slots in the back. Looks like I need to stop doing stuff when sleep deprived... It's fine

Cons: I really don't like the PCI slot covers that you have to rip out of the back.

Cons: I bought 2 of these, one of them was dented on the top, the other one the case is dented on the side and the tower will not sit level, It rocks on a flat surface.

Cons: -Screw towers built into case does not offer a position for a ATX mid-tower motherboard. For example, GIGABYTE GA-Z77-HD3 has screw holes not supported in this case. They are common screw holes on the motherboard, that should be supported! Not a show stopper, just too common to be missed. Seems to have support for the micro ATX and full size ATX motherboards.

Overall Review: Overall, an outstanding case for the money. Will fit most needs and allows for alot of flexibility for multiple hard drives and true 2.5in products. I have recently purchased multiple units for build and used this case in conjunction to a RAIDMax ATX-295WBP. The Thermaltake beats it hands down. This case does come without a Power Supply and costs a tad more than the RAIDMax, but worth it. The Thermaltake Power Supply comes with a 3-year warranty, compared to the 1-year for the RAIDMax power supply.