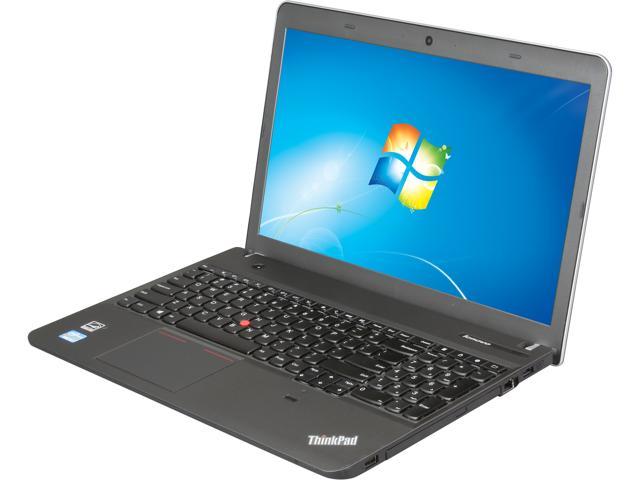 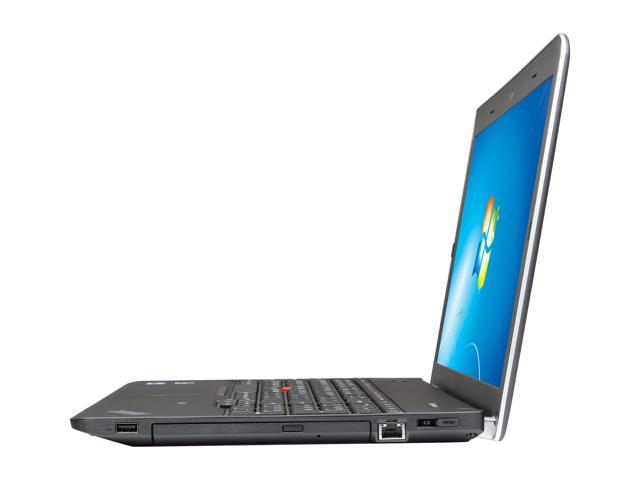 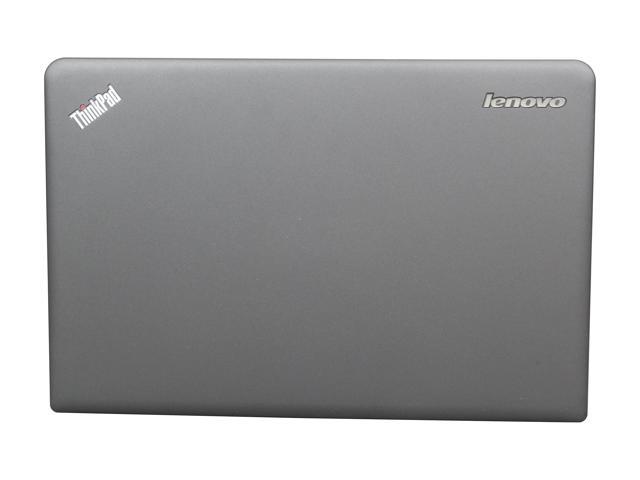 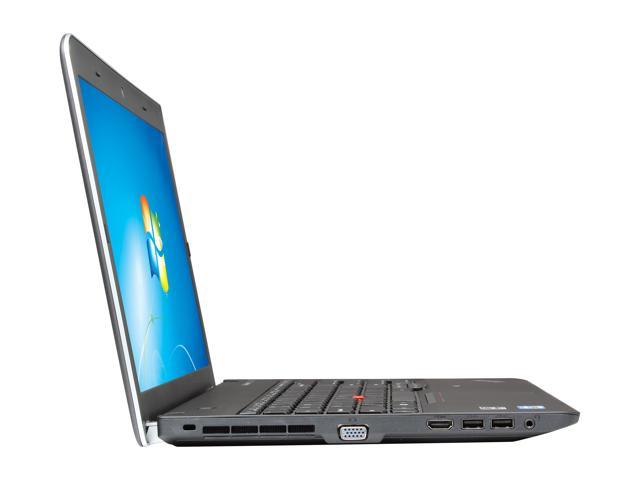 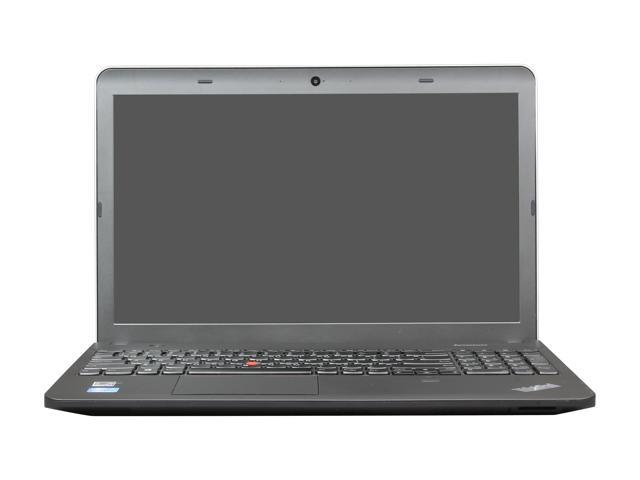 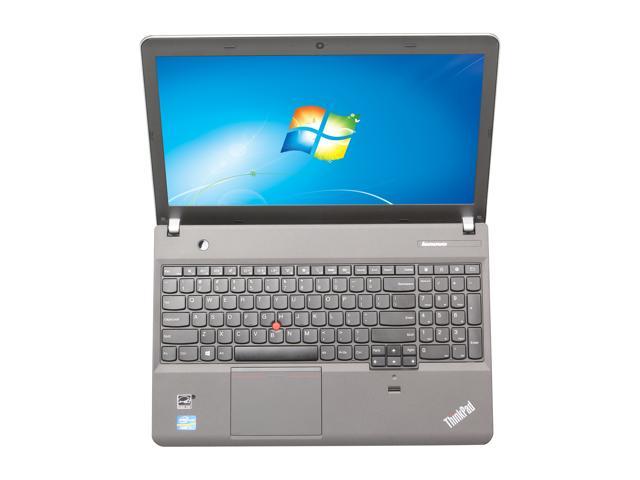 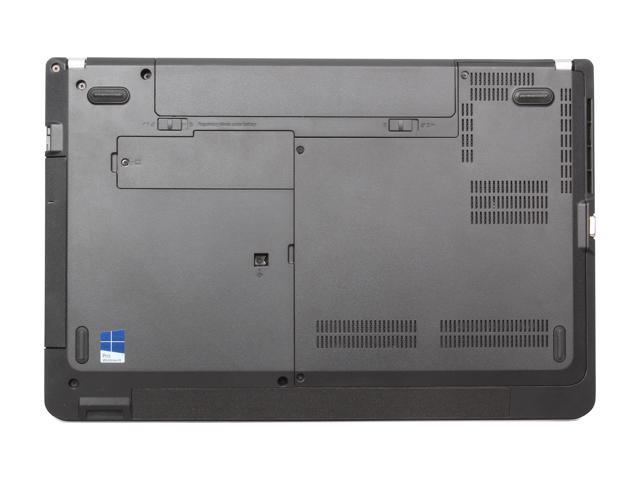 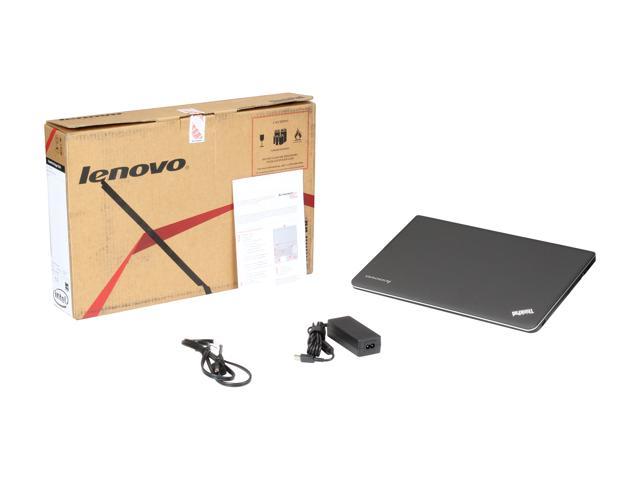 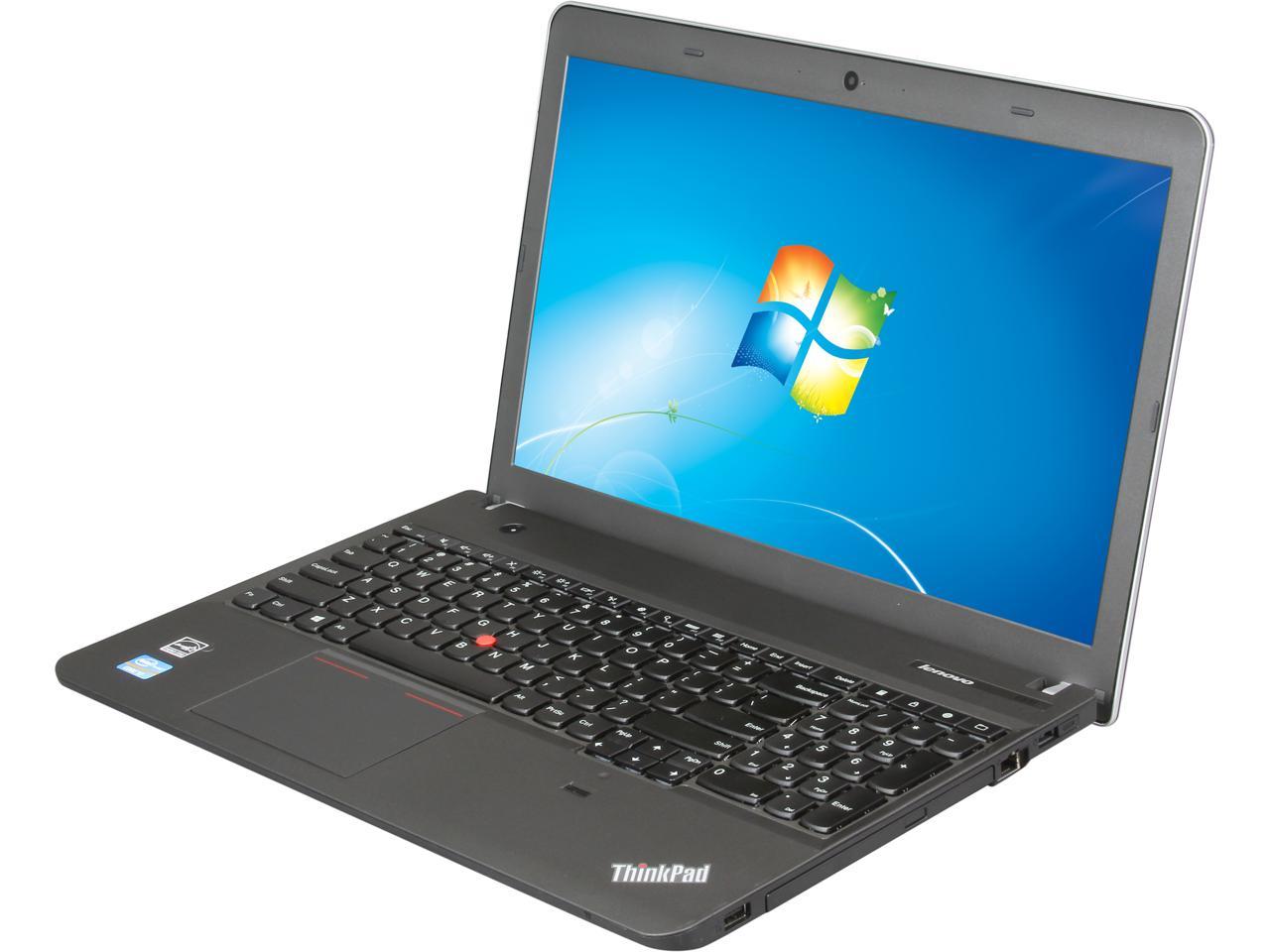 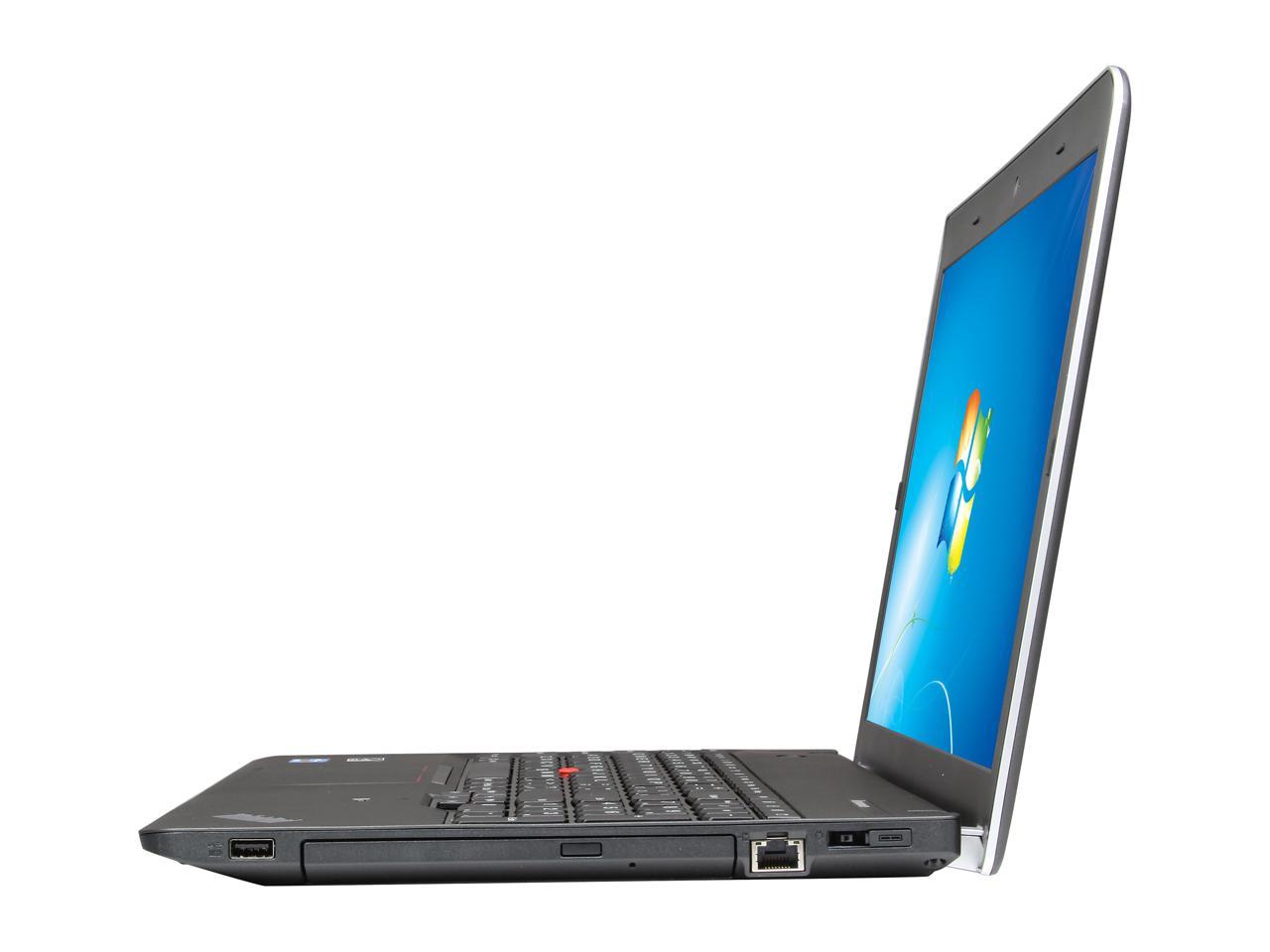 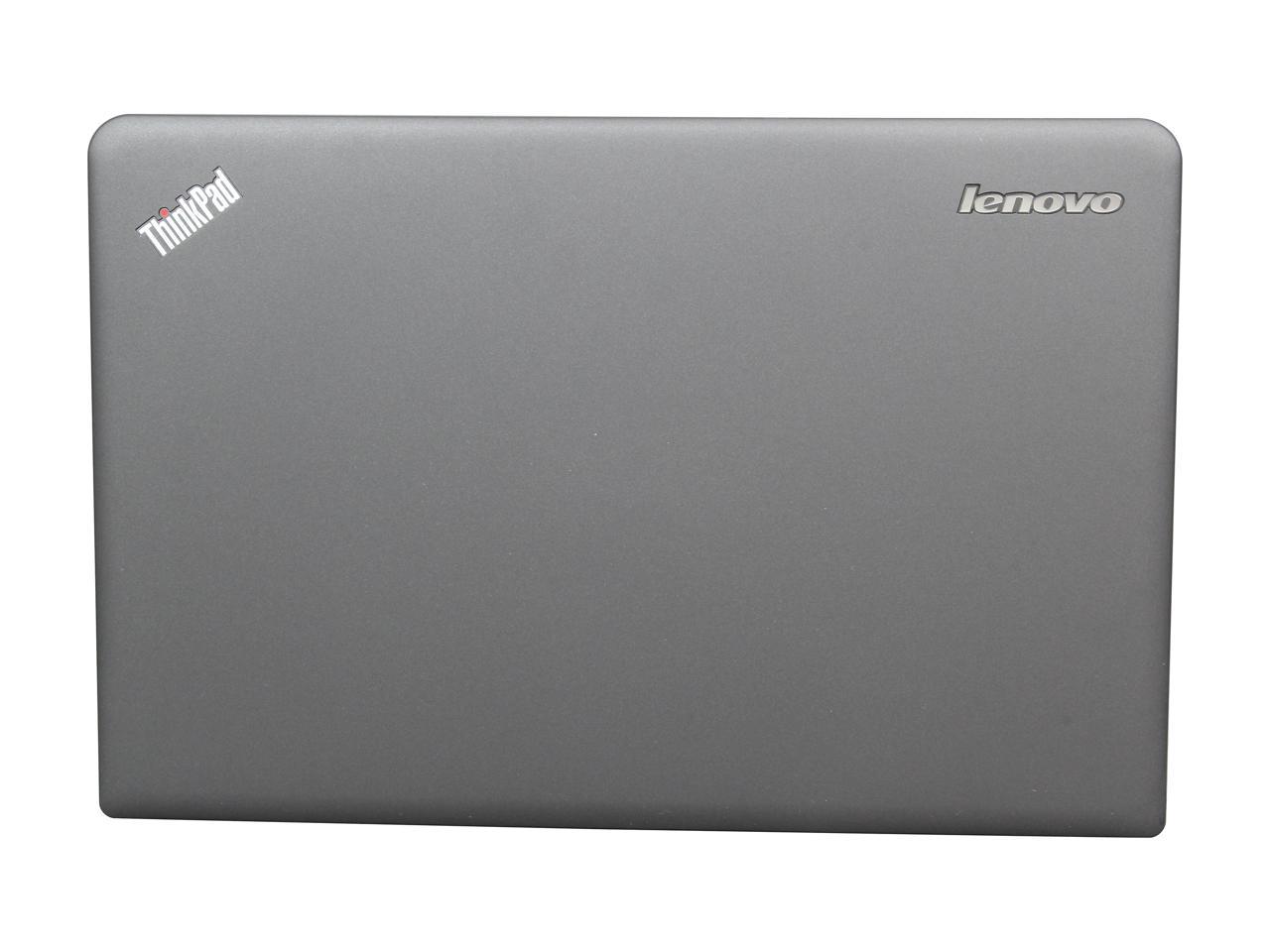 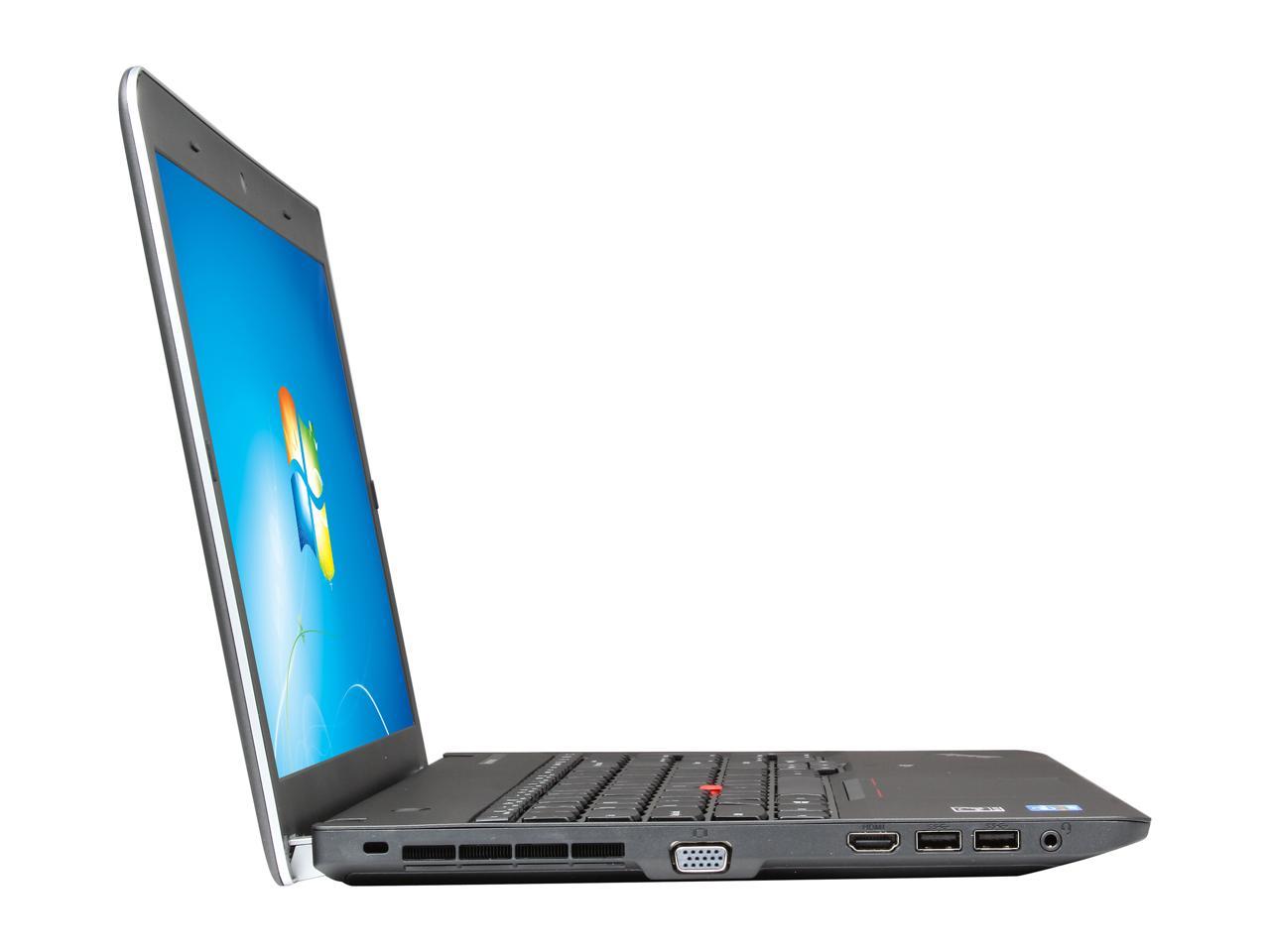 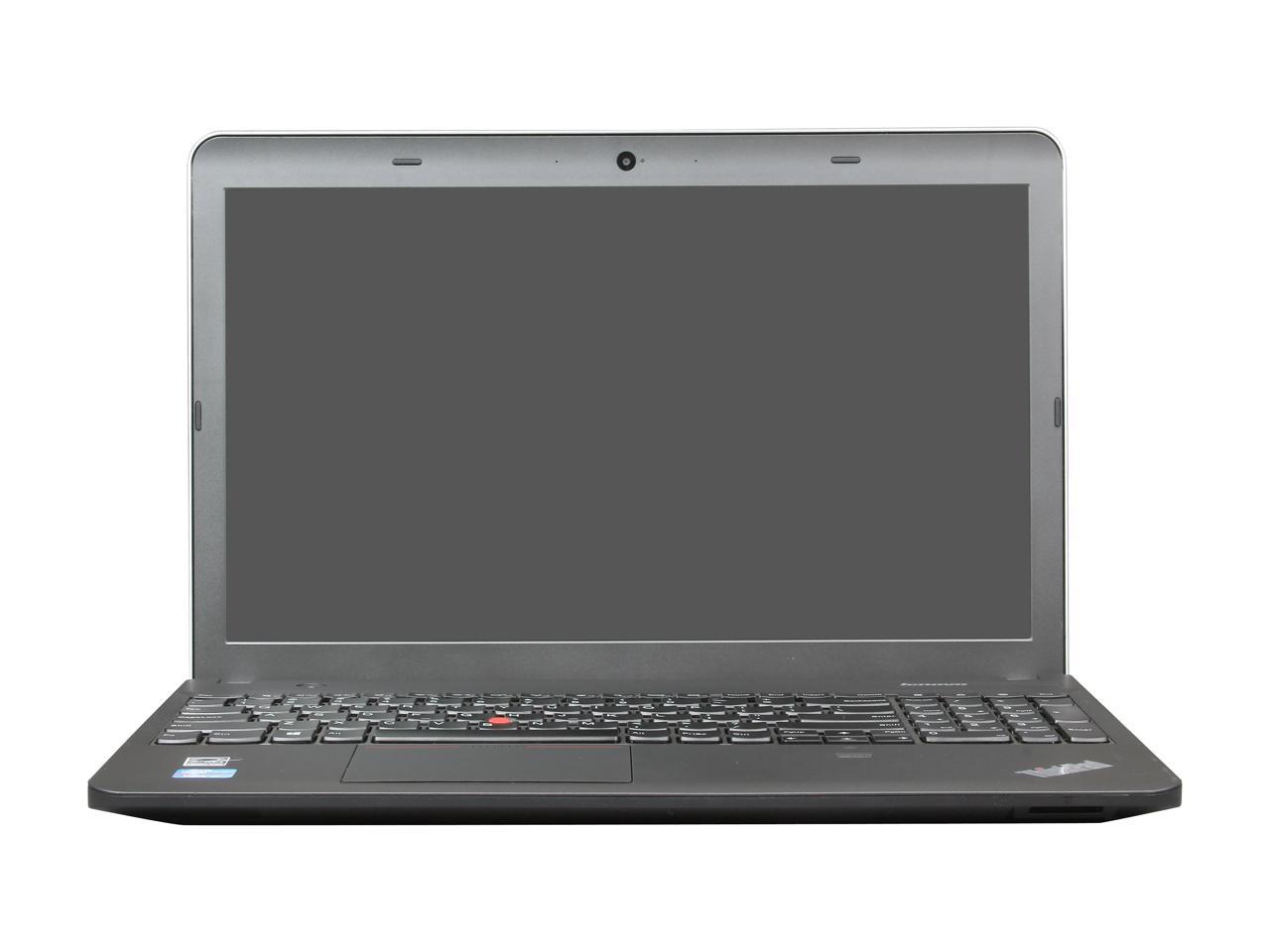 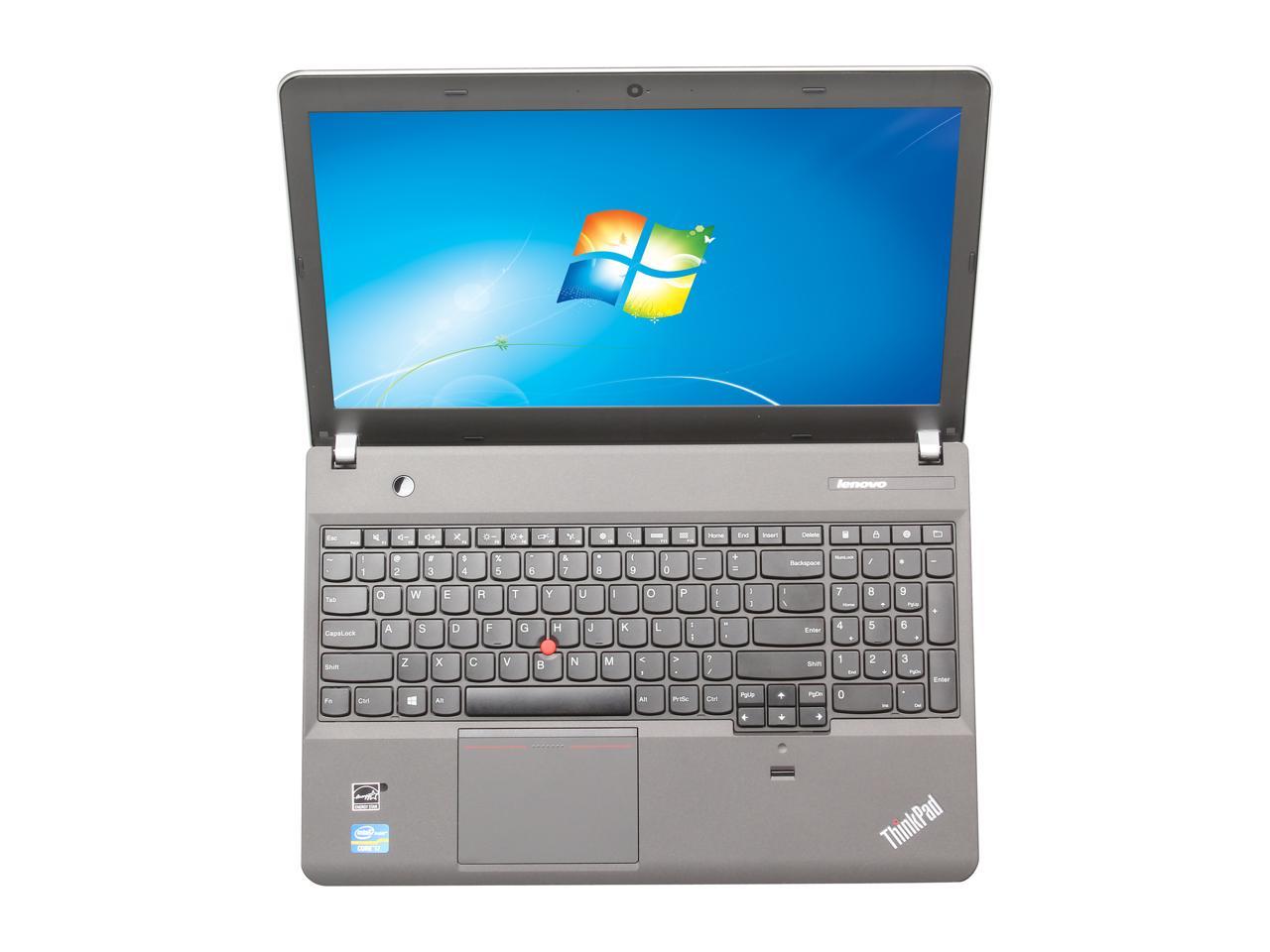 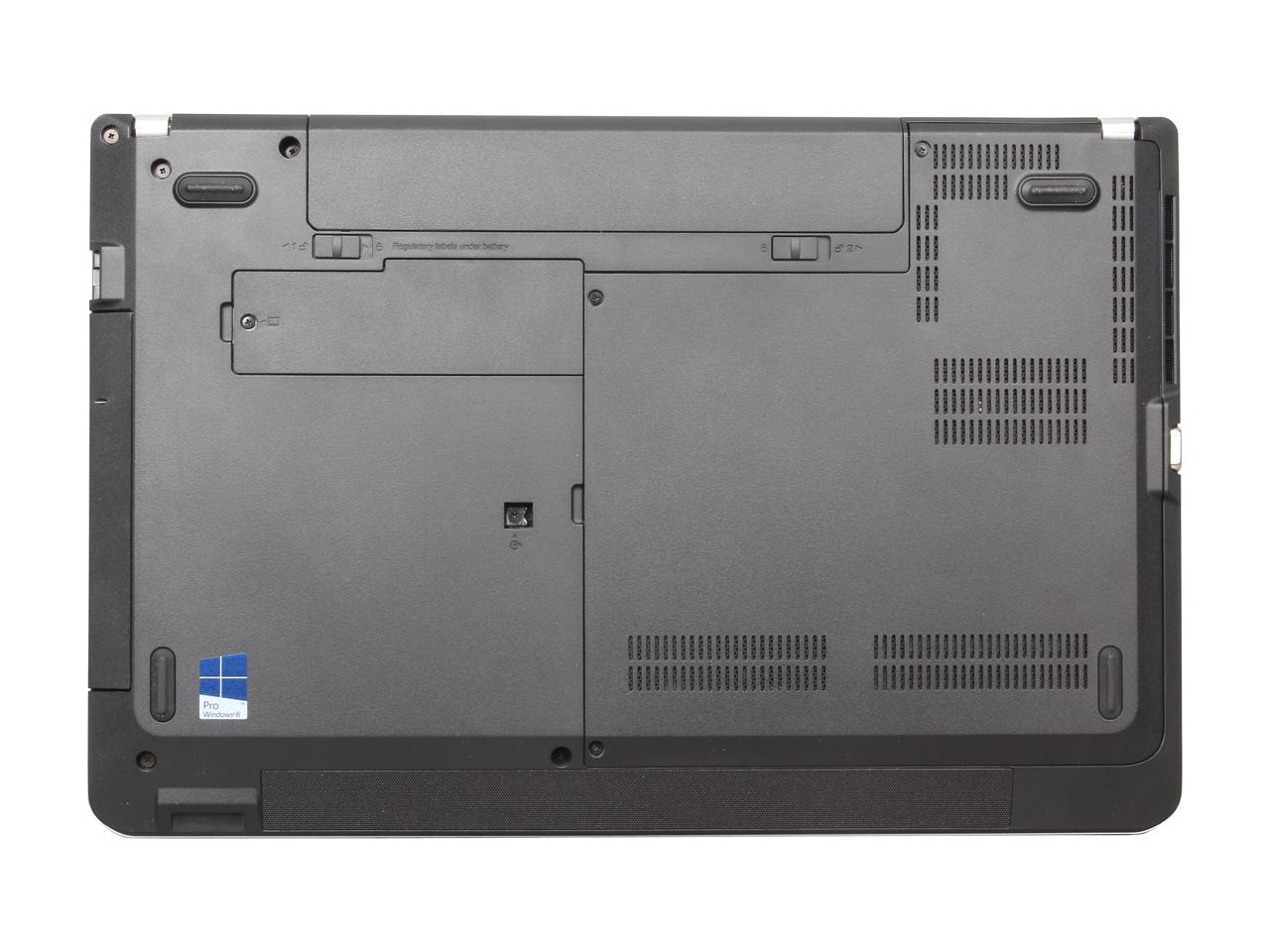 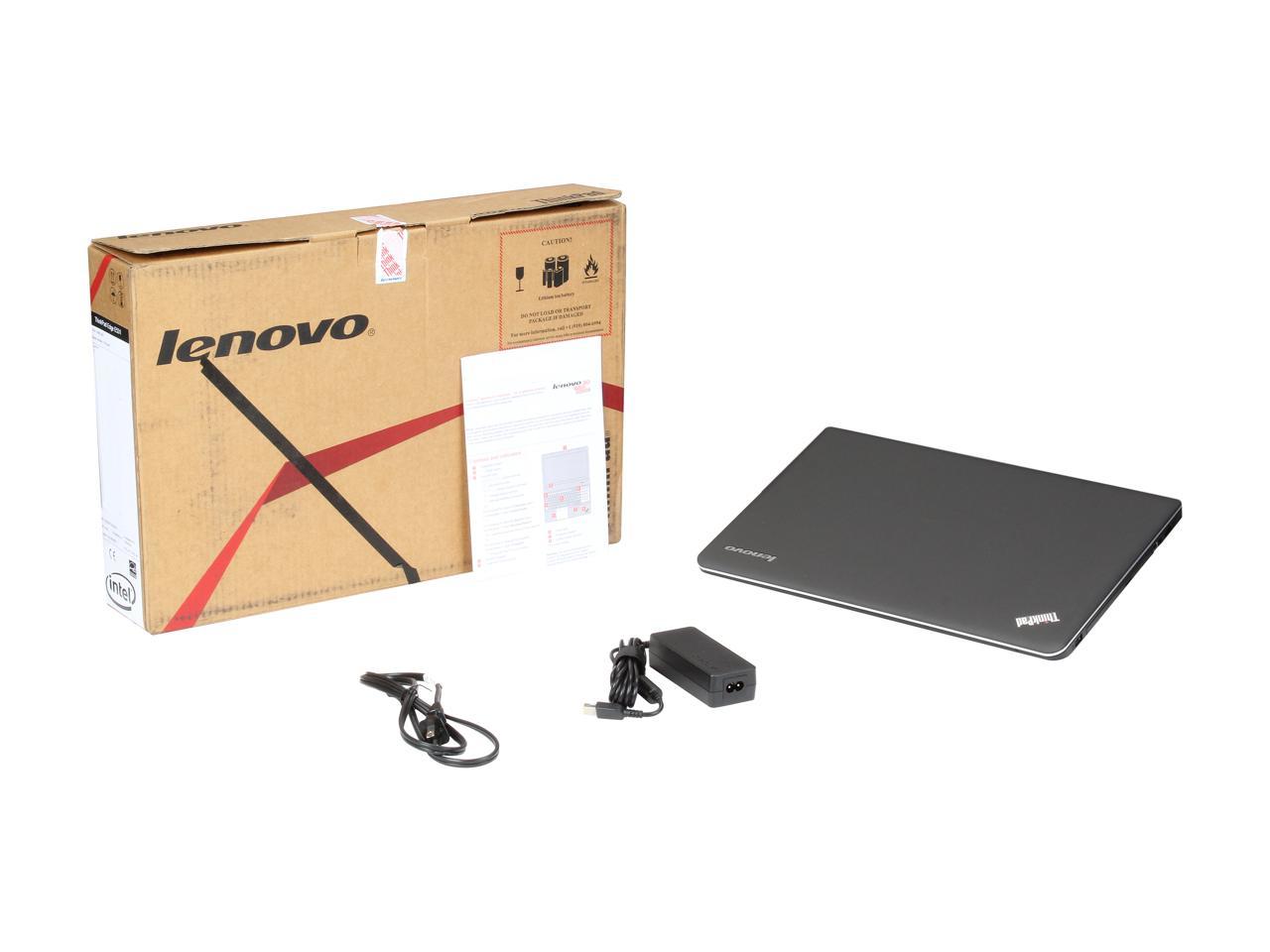 STAND OUT FROM THE CROWD.

Put a distinctive face on your small business with these progressively designed, powerfully engineered laptops.

Pros: Purchased 4 of these for me and the guys in the office. These laptops meet all the specs we need: quad core, 16G max ram for vmware, Win7 64bit, decent sized screen and hard drive. The machine is very responsive running multiple virtual pcs in vmware workstation. Win8 DVDs in the box, I can use them to steady a table.

Cons: Needs more expandability. No esata, fw800, tb, only 3 usb ports. Depending on what you plug in, the 2 ports on the left side of the keyboard are a tight fit. For example, 2 thumbdrives might conflict physically with each other. The touchpad drives me nuts. I have adjusted every setting I can find, googled everything I know to google. In the end I, plugged in a usb mouse. Down to 2 usb ports. The screen connects to the body with two hinges at the corners, and the screen flexes in the middle where there is not support.

Overall Review: I looked very hard at certified refurbished MacBook Pros before buying these. These compare very well with the technical specs of a MBP, but the build quality is not there. These are, of course, a much more economical purchase. I'm not sure they are going to last nearly as long. I purchased a 15" MBP for my wife recently (maxed the ram out to 16G as well). Comparing this laptop to hers side by side, it has me thinking, maybe we should have gone another route. Only time will tell.

Cons: 1. Lack of true docking capability. I didn’t think this would be a problem, but boy was I wrong. Most experienced Thinkpad business users have docks to use a real monitor, keyboard & mouse while in the office. The designers dropped the docking capability from the Edge line, so one is stuck with the horrible OneLink system. The OneLink lacks the versatility of the traditional Thinkpad docks (e.g. 2504 type and all the others) which had large numbers of USB ports, VGA &DVI ports, etc. The traditional docks allowed one to just drop the Thinkpad in and one was all set, or pop it out. The back connector to the dock was protected, thus allowing many years of daily engaging & disengaging of the dock. In over 10 man-years of Thinkpad traditional daily dock use, I never had a problem. The OneLink system, on the other hand, has vastly less capability, and required connecting & disconnecting using a flimsy cable prone to breaking. The cable connection is so problematic, they even warn you about it in the Users Guide. The OneLink system is also clunky and awkward on the desk, yet not really designed to be “out of sight”. Bad design on so many levels. 2. Lack of indicator lights. This is another “what were they thinking?” bozo move on the part of the design team. The only light on the unit is the power light, so there are no lights displaying disk activity, number lock status, caps lock status, WiFi radios on status, etc. So basically, if the unit is too busy to respond (say, with disk activity), one has no way of knowing the system has not locked up. 3. The stock systems are shipped with only 4GB of memory, which results in the stock system being barely functional. At least they only take up one slot with that paltry 4GB, so when one adds memory to make the system usable, one can kick the memory up to 12GB without having to throw out the stock memory. The unit can hold a total of 16GB.

Pros: Powerful, i7, Windows 7, Price. A well outfitted laptop for a decent cost. Came with 4 Gig in 1 slot making it easy to add 4 more.

Cons: Only came with 4 gig memory. Easy to fix. Picky on memory. My in stock memory did not work. Special ordered the exact memory that came in the laptop.

Overall Review: Almost no Adware, Crapware. The only 2 trials installed were Office and Norton. Kept Norton, removed Office to install customers Office. Nothing else needed to be removed.

Pros: I know Lenovo make these now, but it is still a thinkpad and it still exudes a feeling of quality. I spent literally hours finding the right laptop for my customer and decided on this one. He already had several Lenovo computers and is happy with them. This was the right balance of price and performance and - it has windows 7 pro 64bit. That was a must. This is also VERY LIGHT and very sturdy. Works well. Customer is happy. Has all the bells and whistles too, like bluetooth. Newegg got it to me overnight, very quick service. Bravo!

Cons: Has some bloatware and tons of "think" branded pieces of software installed that I don't need or want. But, they can be dealt with.

Overall Review: would buy again, I like the thinkpads. I have a 12+ year old IBM thinkpad, still runs perfectly well. It's so old it has USB 1.0 but the screen is still bright and it is reliable as the sun.

Pros: Very fast for the price. I7 awesome. Great RAM expansion. 16 gigs. Decent size hard drive. 500 gigs. It was tempting to look at the ssd competitors, but not worth the price difference. Came with windows 7, and a windows 8 restore disc.

Cons: I hate manufacturer versions of OS's. I don't like the bloat. I am buying it with company money and it's a company asset for a while. When it is mine, I will put a reasonable OS on it without all the trash. It really does great for a Lenovo spin on windows 7.

Overall Review: I added an 8 gig stick of RAM to give me 12 to play. It's great for all my work paperwork and some light to moderate VS2010 programming. I travel with it and sometimes covet having a smaller lighter version while on those long plane rides. The big screen (relative) make up for that lost productivity once you hit the ground. The function is great once you get to a desk or table, but useless on an airplane. I like to take naps while I fly anyway. I dock it at home and have it sitting next to my 3+ year old toshiba that I used for school work. This thing crushes the toshiba hands down even though the toshiba has 16 gigs of ram (also ddr3), and a WD black hard drive. My desktop smokes both of them off the line with it's 16 gigs of ddr3 and 250 gig ssd running windows 8 (blah). For the price this thing is great. If you are going to whine about it being too big to travel, I can understand that.

Pros: Fast Cheap, and has a numeric pad

Pros: Like almost everything. Not a lot of installed software that I had to remove.

Cons: Touch pad buttons do not work. You have to install a mouse to make selections. My wife has the Core i5 model with the same problem. Since I prefer a mouse this is not a big deal EXCEPT when I can't use a mouse such as in a chair at the airport.

Pros: This thing is fast and it is a thinkpad, so it is well made. What more can you ask for! Plus this thing come preinstalled with win 7. Also, as far as construction goes, this is winner. I admit as some have said, the materials may not feel as premium, but it is still quality. My favorite feature is the cooling solution. This is normally an issue for lappys, but this thing has a nice wrap around blower that is easy to access for any cleaning that may be needed.

Cons: RAM ram ram, I cannot say it any more. This thing needs more than 4GB of ram for windows to even think about running efficiently. I bumped it up to 12GB with the addition of a PNY 8GB card [MN8192SD3-1600]. Now this thing purrs like a kitten Also the bloatware. Lenovo is normally pretty good with this kinda thing, but this one is pretty full of it. I will admit that I am keeping a lot of it since most of them are optimization tools, but still. Normally I prefer a clean install of windows. If it wasn't for the (what i have heard anyway) the embedded win7 license, I would most likely have done a reinstall.

Overall Review: Other than that, I have heard that the keyboard has won awards. I know i really like lenovo keyboards before, but this one feels like it needs breaking in. some keys are too stiff out of the box. Also the layout, i like the default to functions instead of the f1-f12, but the FN key is where i expect the ctrl to be. this means that ctrl-c / ctrl-v often doesn't work, i press the wrong button. Only small problems though, nothing to keep you from buying this machine.