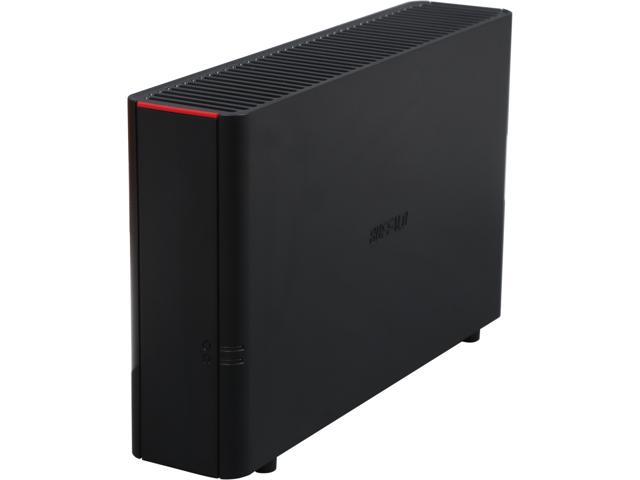 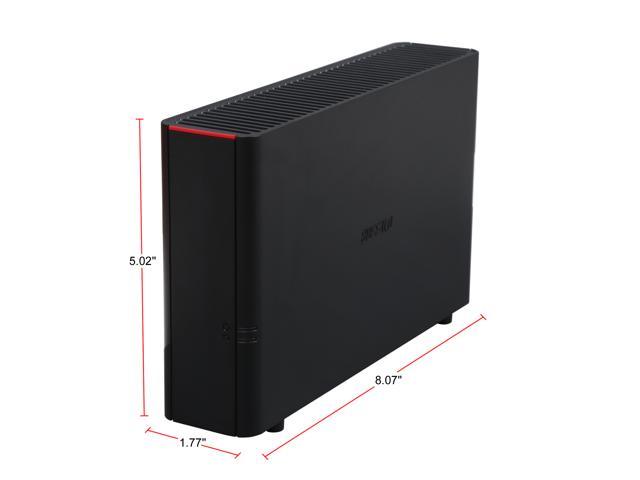 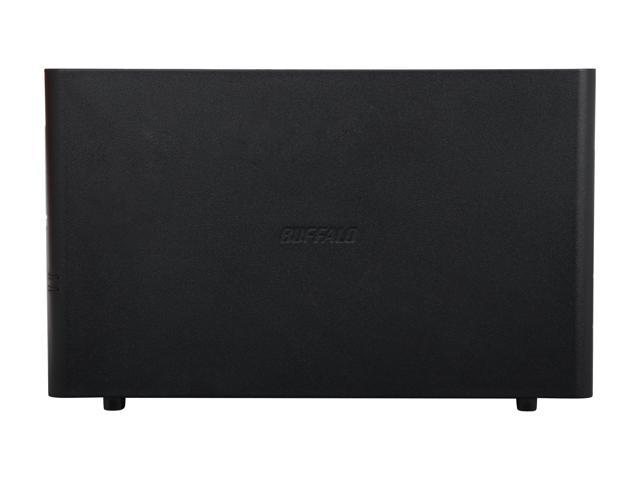 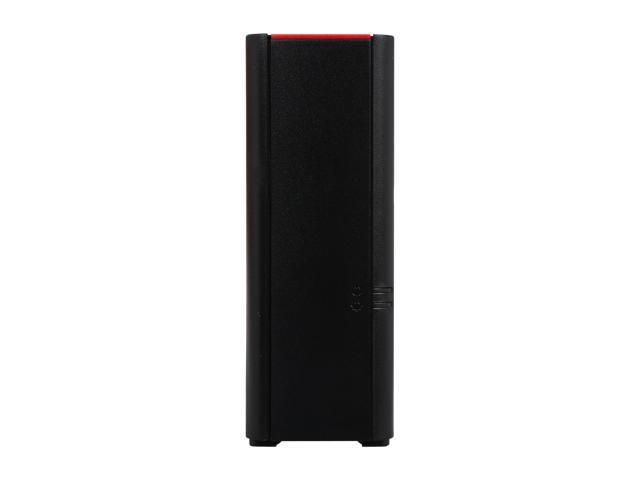 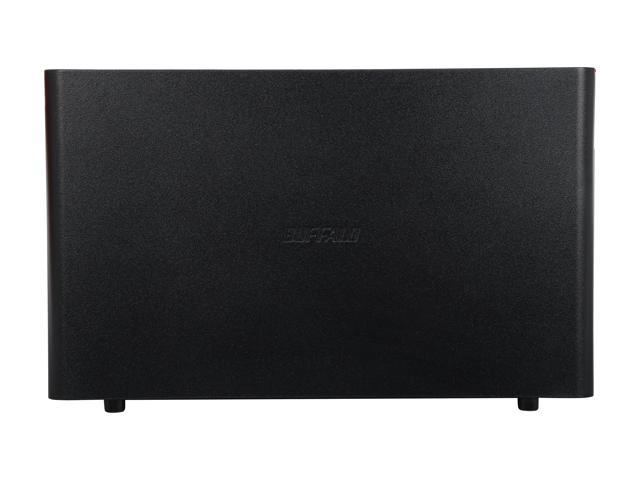 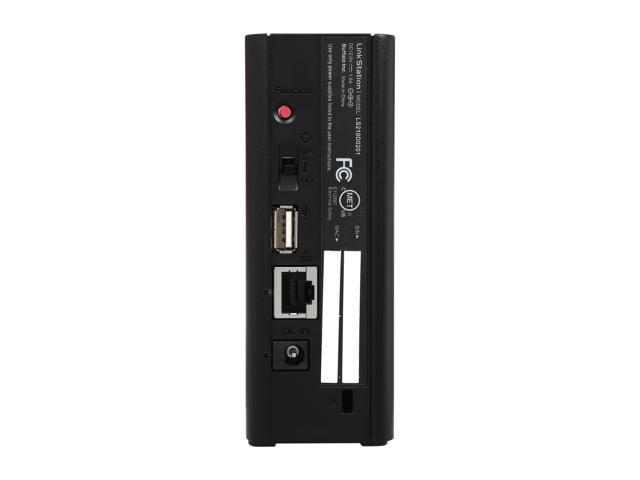 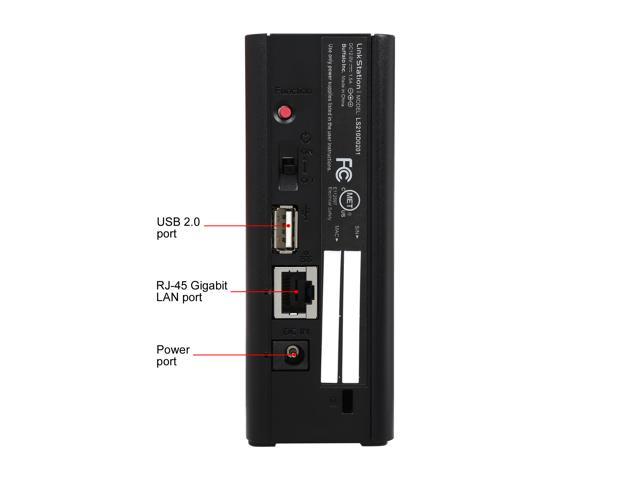 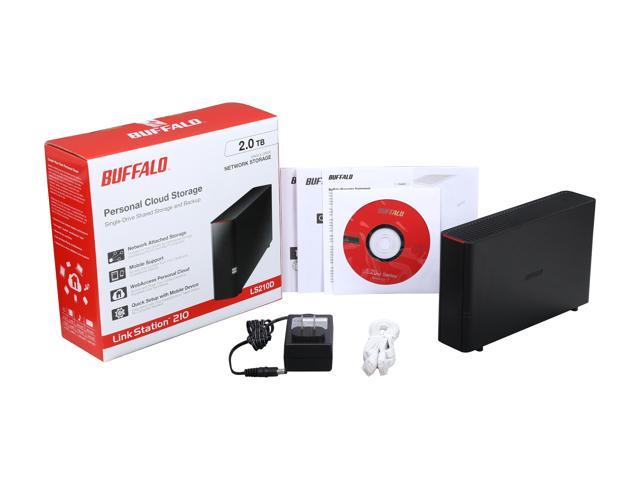 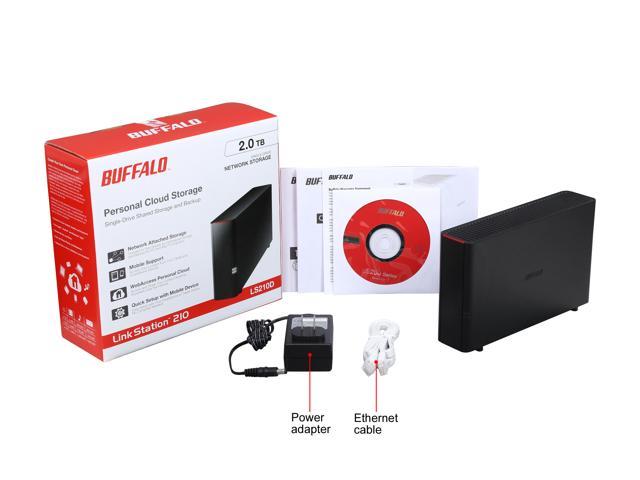 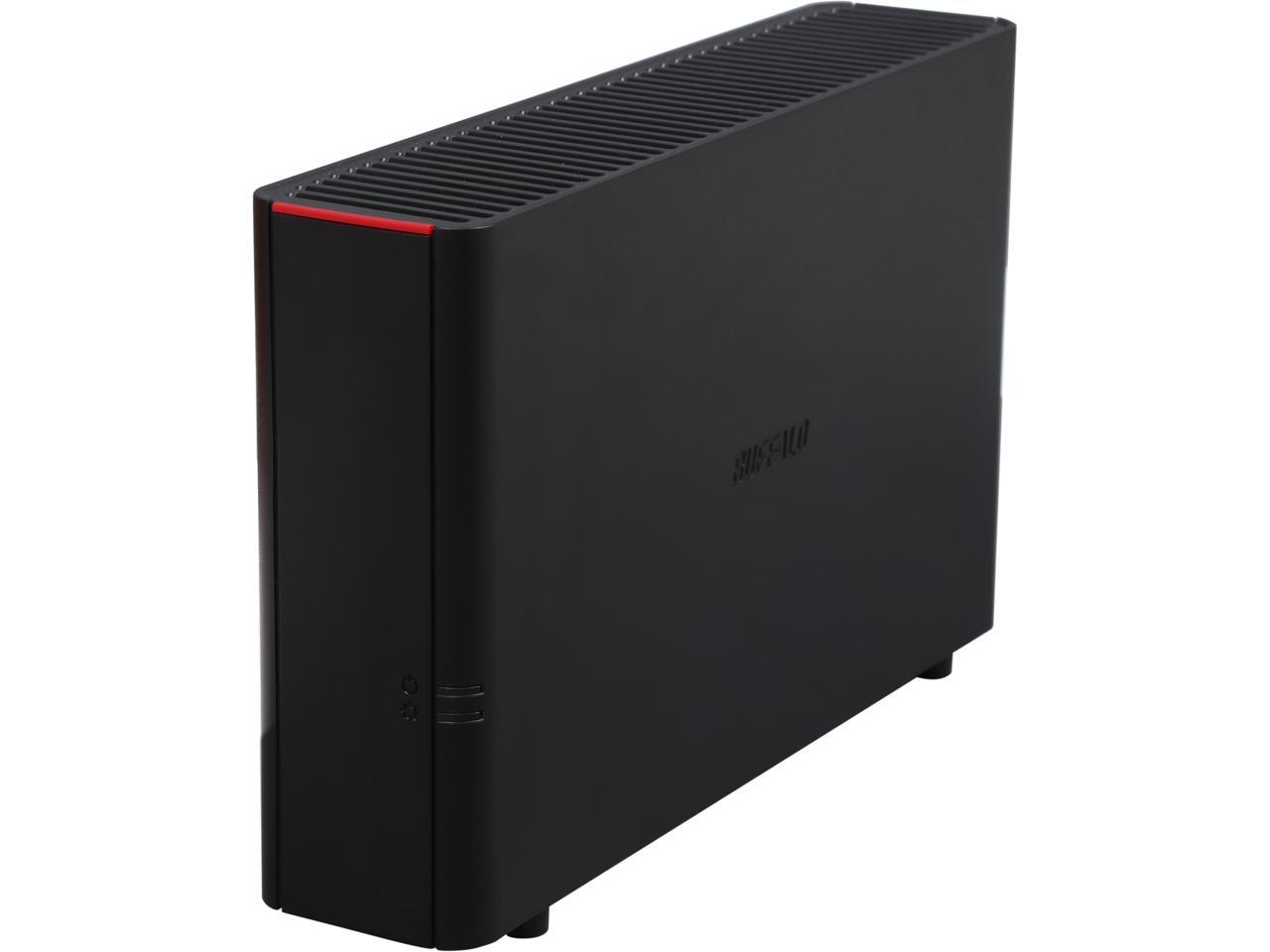 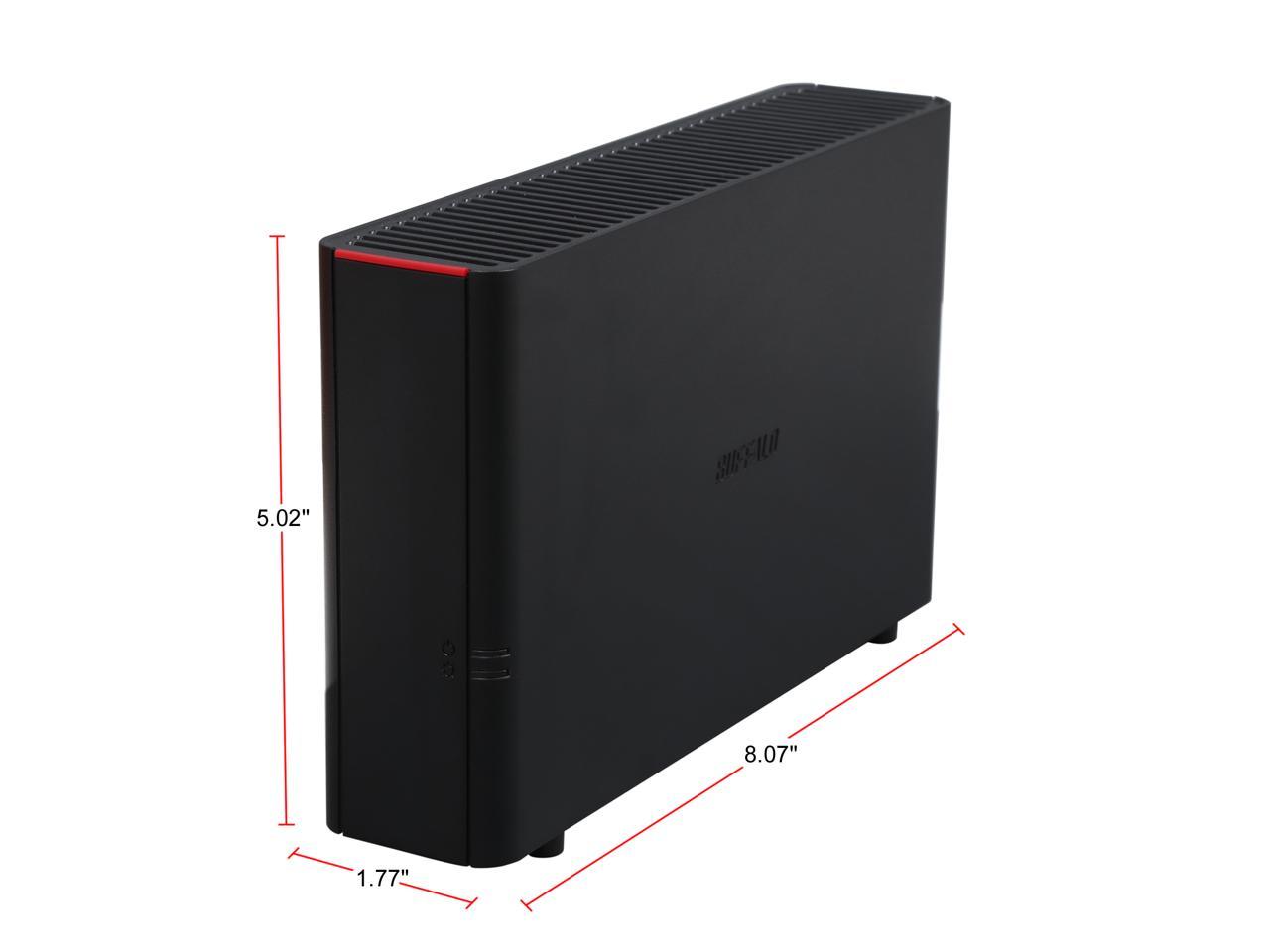 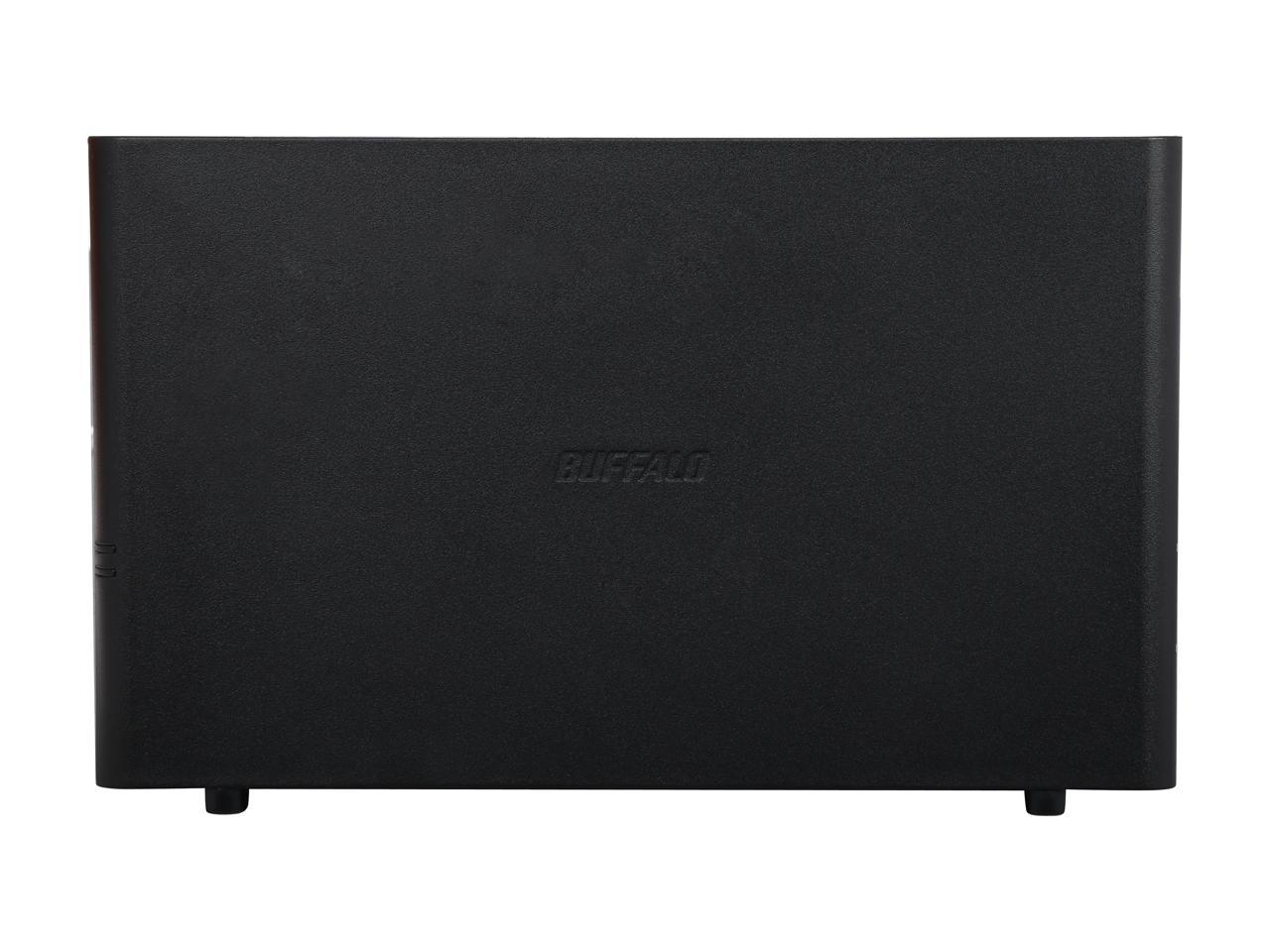 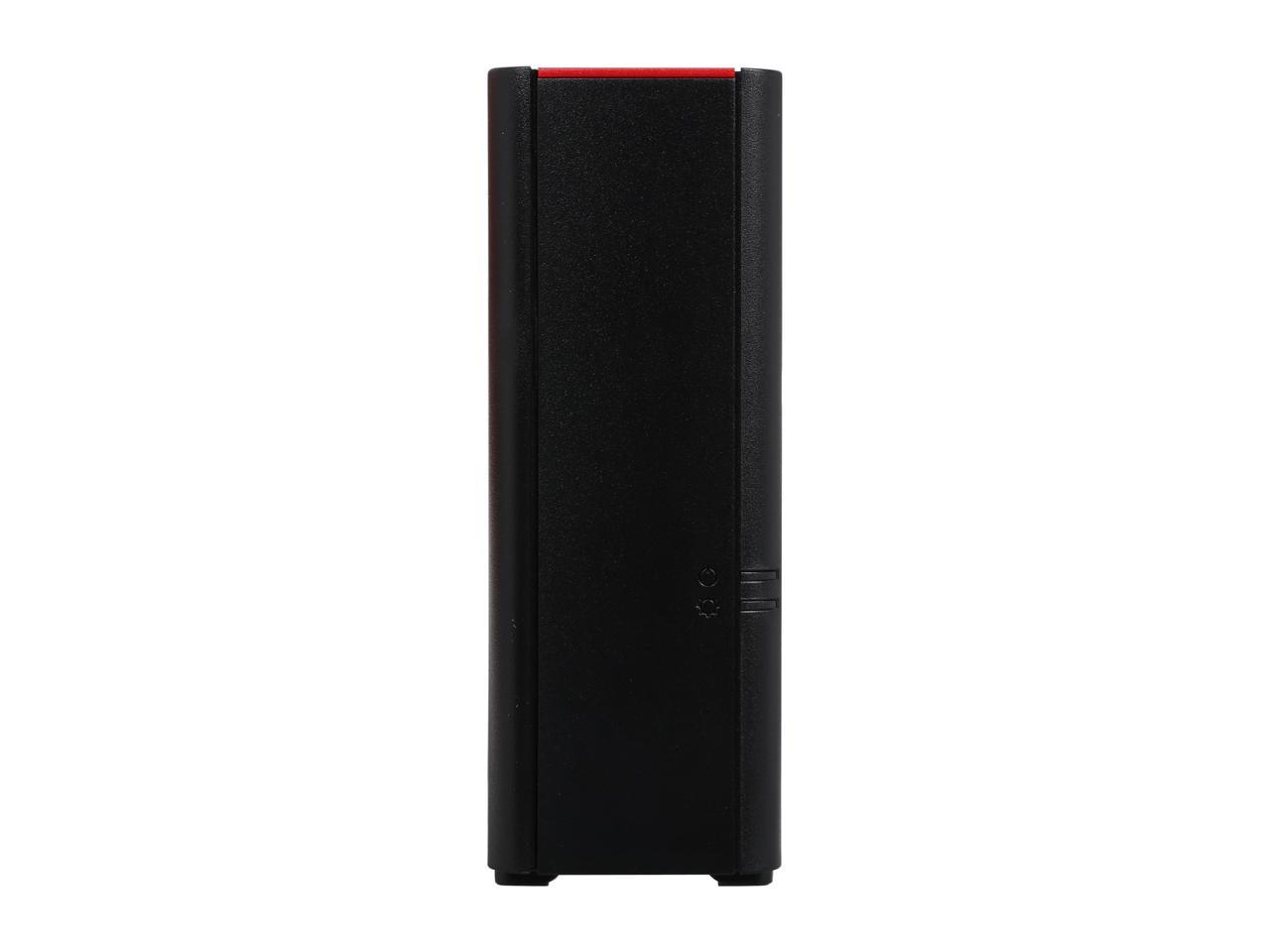 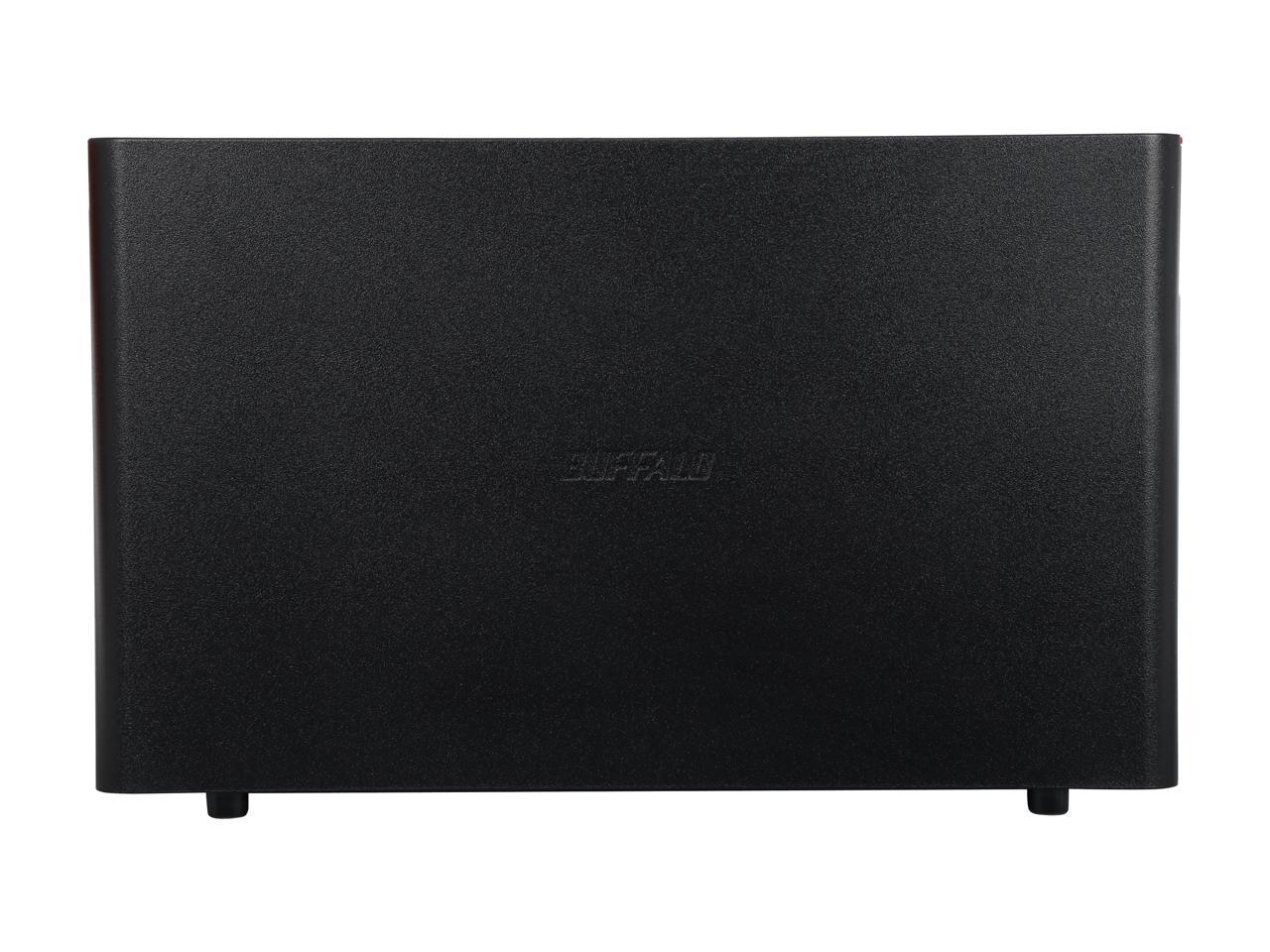 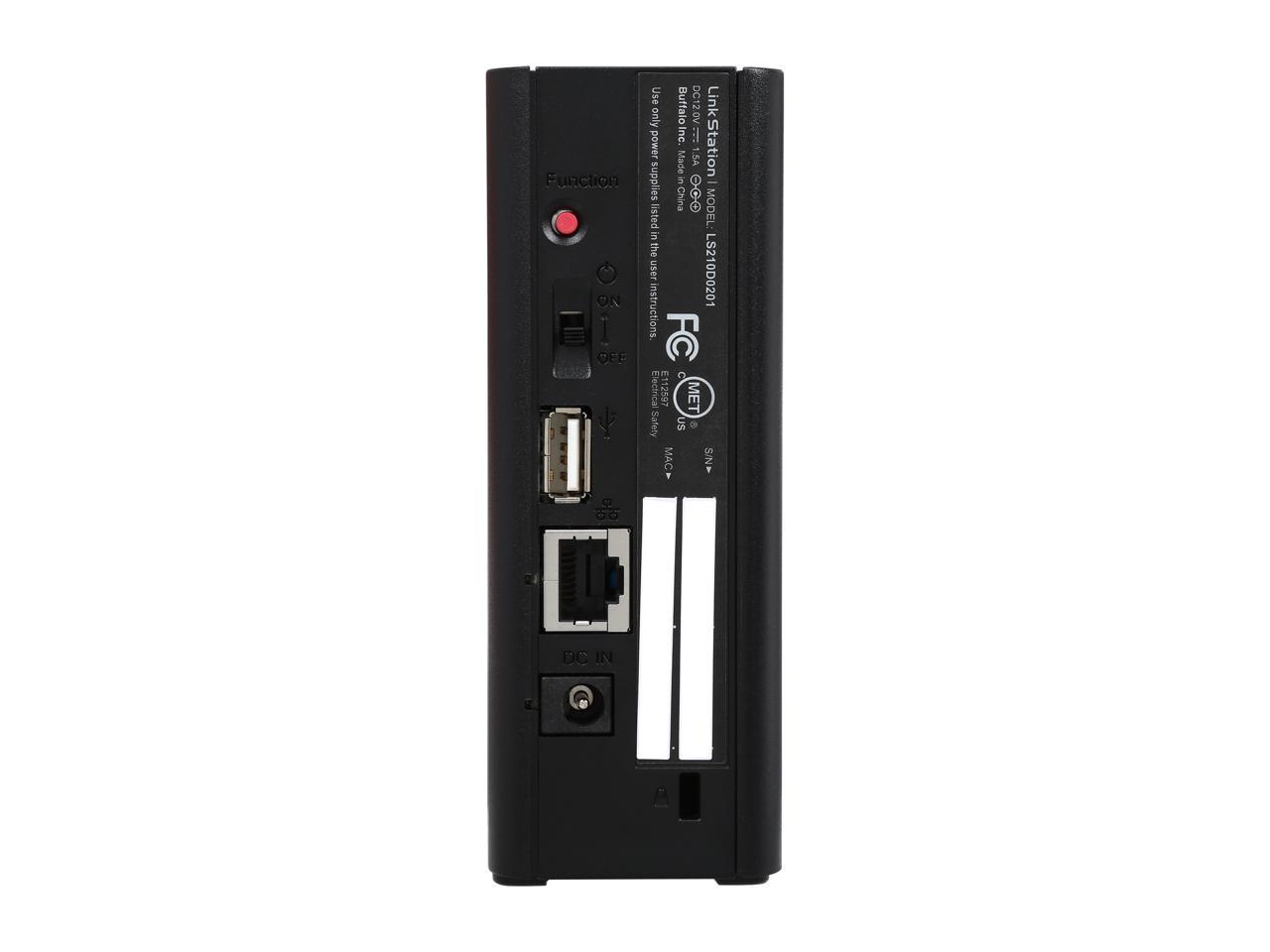 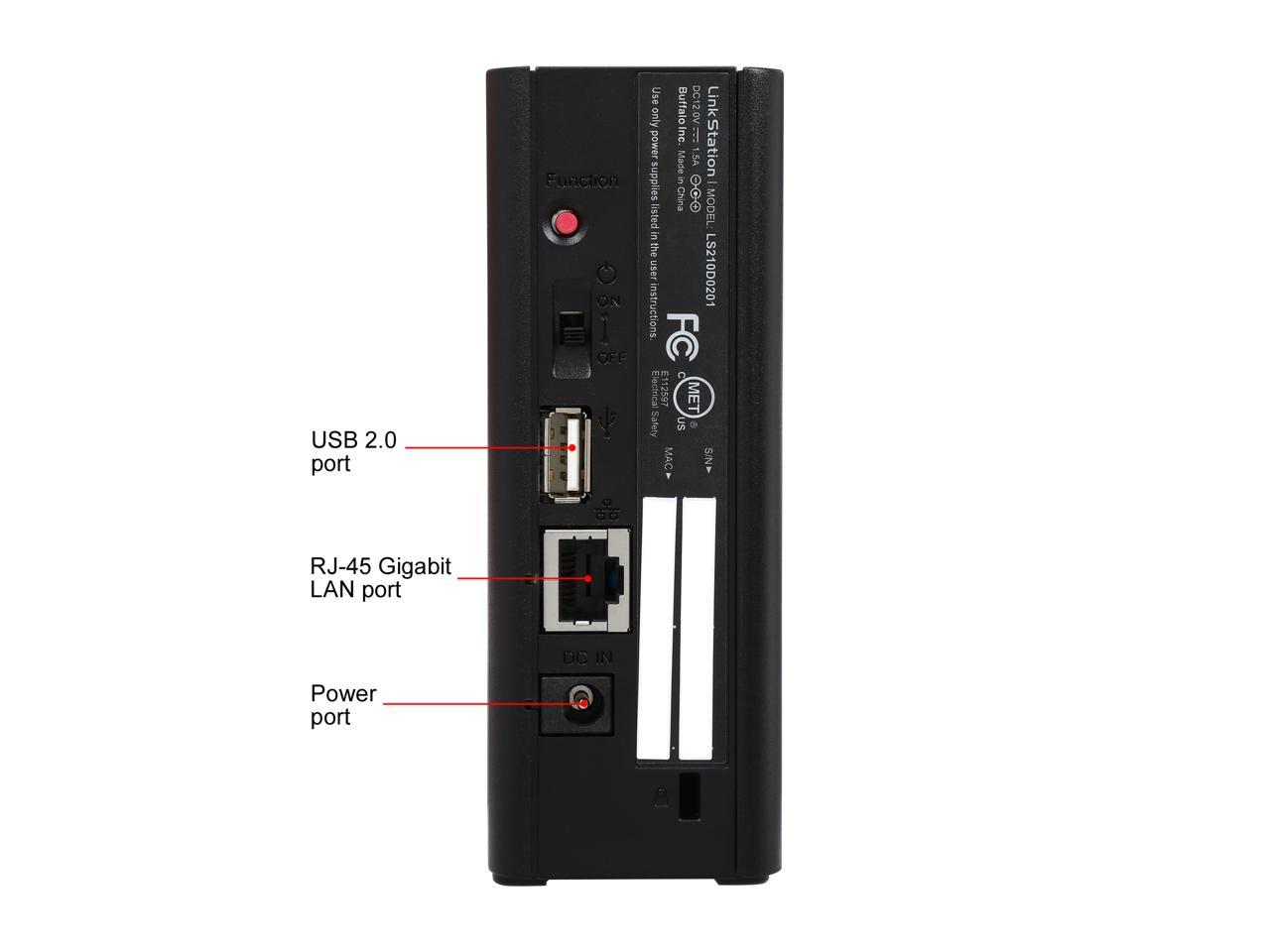 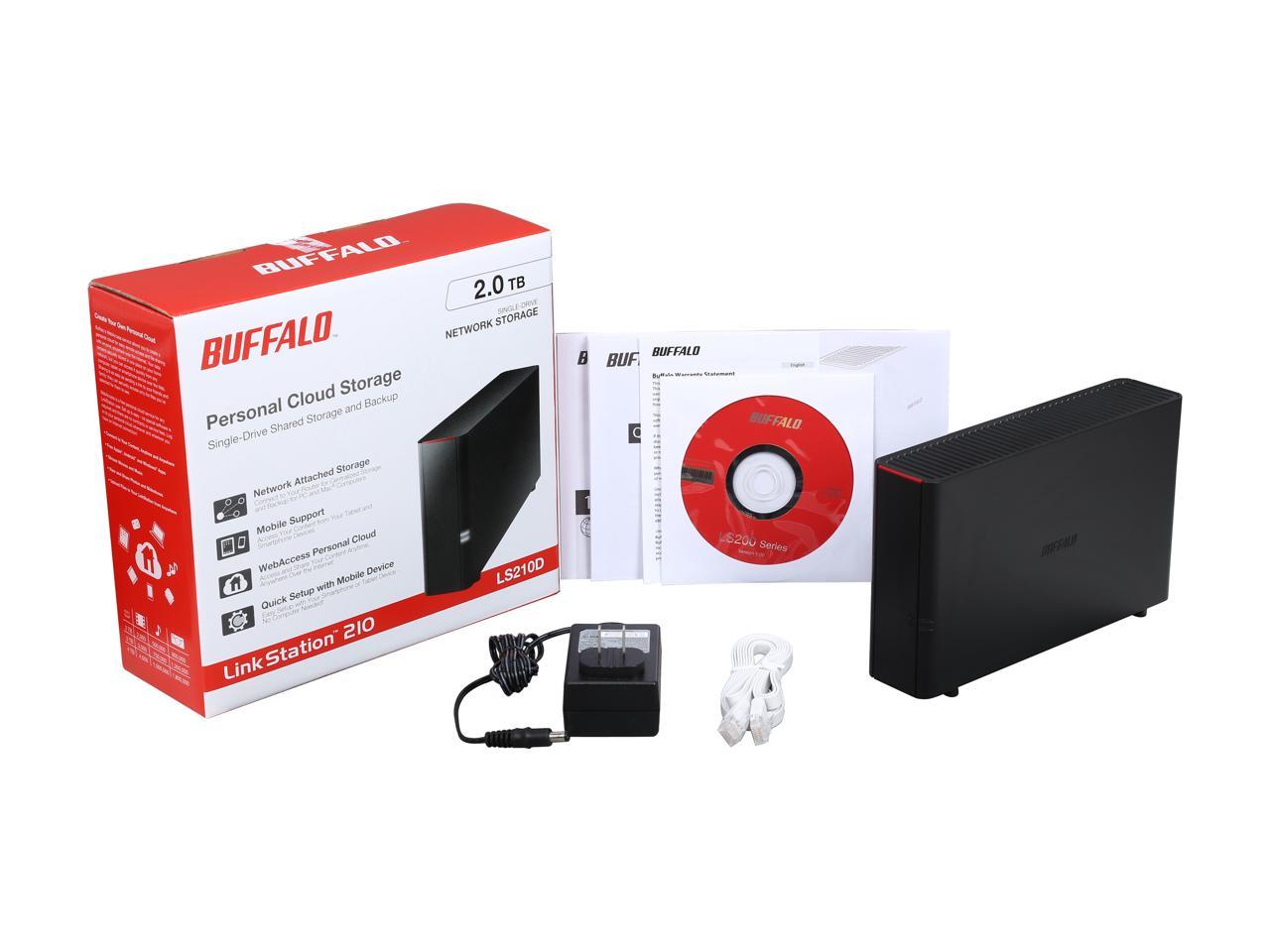 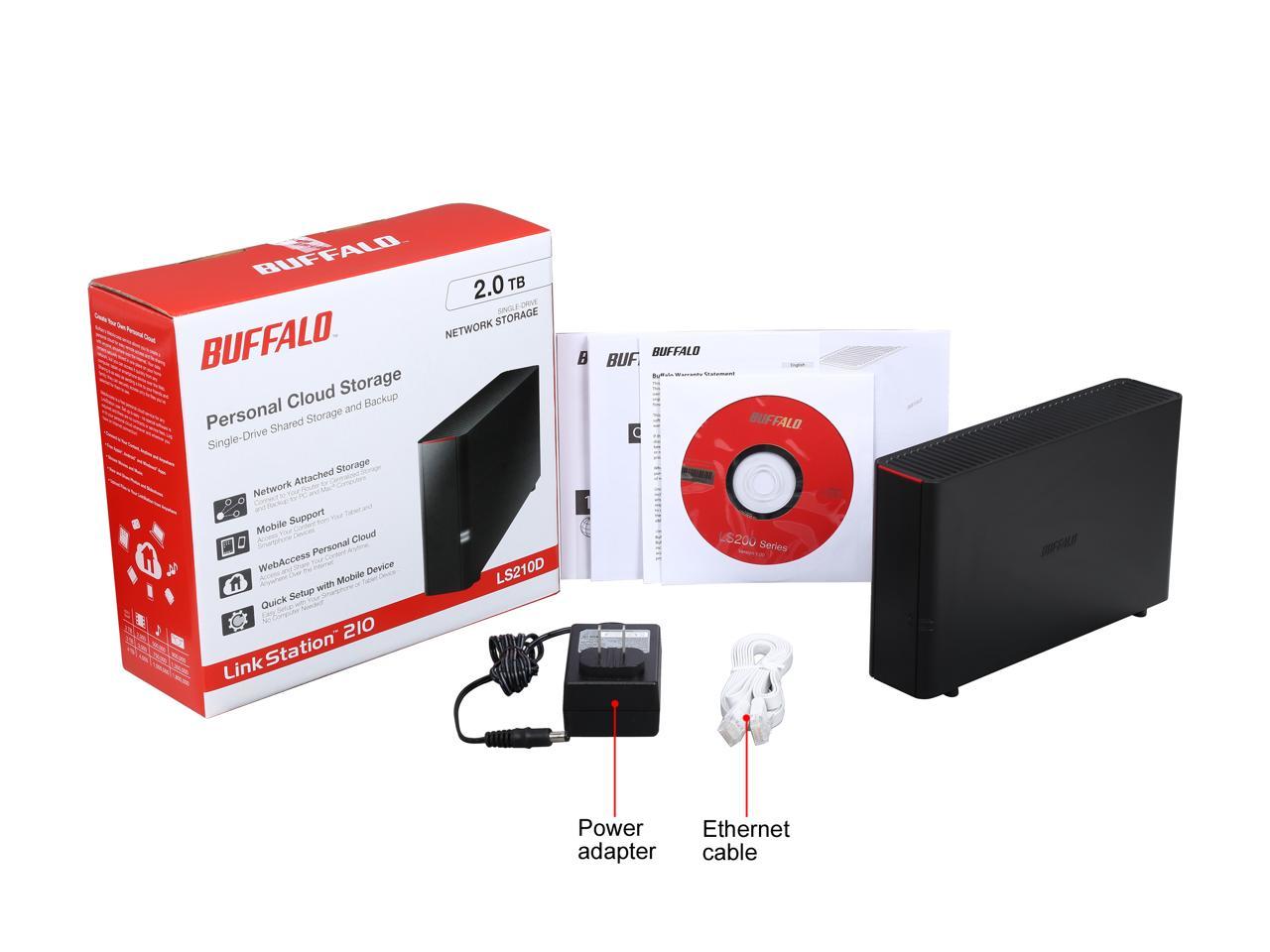 Cons: Software (both Windows and Android) is clumsy and is pretty much useless, as everything can be tuned via web interface. Help/manual is NOT included (even on CD, to save space apparently), it forwards you to a web page. Most important: it requires a hard drive to be plugged in BEFORE the NAS can complete its initial setup. And that drive will be reformatted! So, you cannot just plug your old hdd full of files, as they will be lost!

Overall Review: My plan was to use a hdd that was half full of files. So I was very careful not to destroy its contents. When I first turned this thing on (without any hdd) it was detected on the network OK, but appeared to be in 'emergency mode' (EM), suggesting that immediate firmware update was required. This EM would not let me to setup anything, users, access, etc. Help has no single word about it. Often it refers to menu items and options that don't exist (maybe because of the EM). OK, I downloaded the firmware 1.63-0.04, opened the updater program but it complained 'No partition found'. Luckily, I had an old 1 Tb drive, which I could allow it to reformat. Plugged it in, ran the updater, again 'No partition found'. Researched and researched on google and found a recipe that worked: http://commonmanrants.blogspot.com/2014/01/buffalo-linkstation-partition-not-found.html During this update my drive was fully reformatted but finally everything was setup correctly. Overall, this appears to be a good hardware but setting it up was not so simple. Manual is a bit useless, only trials and errors. P.S. If you setup the torrent client (accessible via web interface http://your_NAS_ip:9090), it will prompt you for a password. Guess what? No one from your list of authenticated users is allowed! Thanks google somewhere on the web I found Login name: admin Password: <empty> Should I mention that the manual is quiet about this?

Pros: Easy Setup, easy to follow instructions, great support via e-mail or phone. Whatever the combination used, as long as the total storage does not exceed 16TB it will work flawlessly. Easy and secure settings for sharing across home network or outside of home network.

Cons: There is a Hard Limit of 16TB on these units. Whatever the combination used, as long as the total storage does not exceed 16TB it will work flawlessly

Overall Review: I would have purchased 4x 4TB Drives to utilize the full physical capacity of the NAS, and run a Raid 5, supplying the overall storage of 12TB with the party 4TB as backup/recovery in case of failed drives. I guess I have 2x 8TB drives to put into another NAS

Overall Review: For a simple, easily setup NAS, this is a good solution. It should come with better documentation and detailed explanations of various configurations. This could easily have been included on the device. Good value.

Cons: Little bit difficult installation cloud connection. Dont have sleep mode for all hard drive. Some time it is good because no delay in first access after long night gap. Sleep mode possible programming for turn off and on only. File system XFS - not good for data recovery after crash.

Pros: Works well with my Roku 2 and Roku 3 as a DLNA server. Also seems to be working well with my Apple devices as an iTunes server and Time Machine backup point. I was able to link it up to an APC UPS (details below). Installation and startup was easy and straightforward.

Cons: Can be a little loud. I would put it in a cabinet, but I am concerned somewhat about sufficient cooling.

Overall Review: I have installed 4x Seagate ST4000VN000. They are installed as RAID5. The UPS that is it connected to (via USB adapter included with the UPS) is the APC BR1500G. I have it set up to shutdown when the UPS sends a low battery signal. Buffalo wants you to install their software, but realistically you can do everything through a web interface by just browsing to the IP address of the unit.

Overall Review: I bought this NAS device when my Apple Timecapsule hard drive started to act up and provide problems. The first thing I noticed is the fast response time compared to the timecapule, all my devices on the same network had no problems reading/writing to the NAS. I also like the managed features of allowing which user can read, write, or even see certain folders on the NAS. I'm using XBMC to watch videos and music directly off the NAS.... The iTunes server was a bit misleading as iTunes will still have to be air played to other devices meaning that a computer is still required and will have to retrieve the files from the NAS and then air play it to other devices. Although it would be a nice feature, I'm still satisfied since XBMC can do this w/o having iTunes involved. I'm also using the backup feature and works flawlessly but it does take quite a while initially. By the way, all my electronic devices are Apple products but I'm sure Windows would have no problems at all. Oh yeah, I also have to mention that both my 4GB HDs using RAID mirroring works flawlessly.

Pros: The comes from a reputable brand and is priced quite nicely. The Web Gui is quick. Like the previous reviewer,I run RAID 5 with 4 x #TB drives. However, I use Hitachi drives from a previous NAS installation. The Media Server function works flawlessly. I've never had a movie or song hiccup or fail to play back. Remote access is responsive and quite good. Once the box is configured and you can access the Web GUI, it's quite intuitive and easy to use. However...see below

Cons: The initial setup can be a bit confusing. The box comes with some documentation...but it's all pictures...in black and white...with no typed commentary on what the pictures are attempting to illustrate. I spent more time than necessary missing a step of the install process because I had no clue what the pic was telling me to do. On the bright side, tech support appears to be state side and was helpful so no egg deducted. There's also video tutorials on YouTube(also not mentioned in the included documentation)

Overall Review: This far outperforms my previous NAS installation from IOMEGA which failed miserably after a few months.