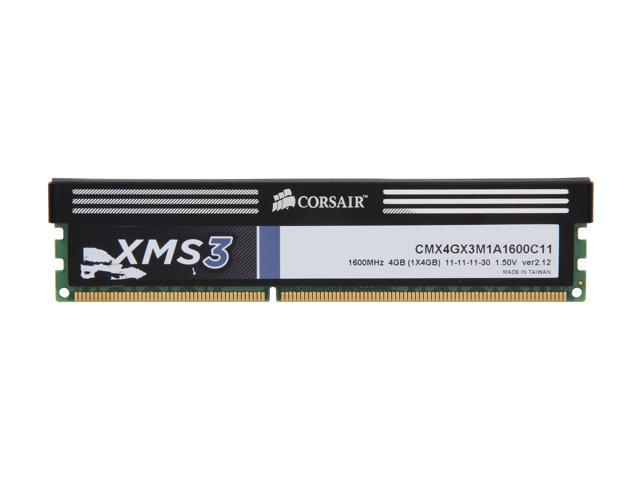 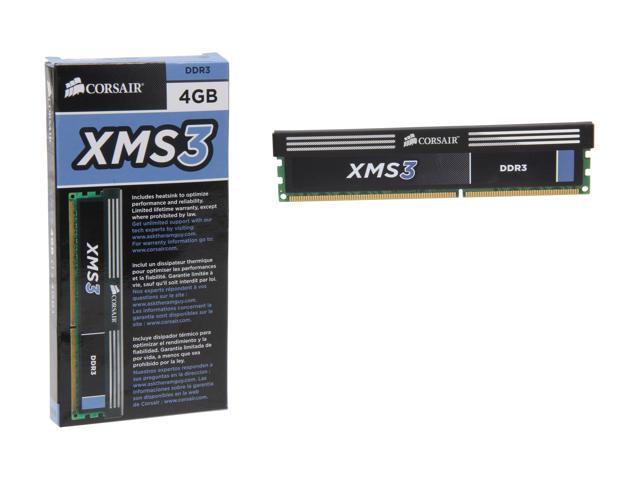 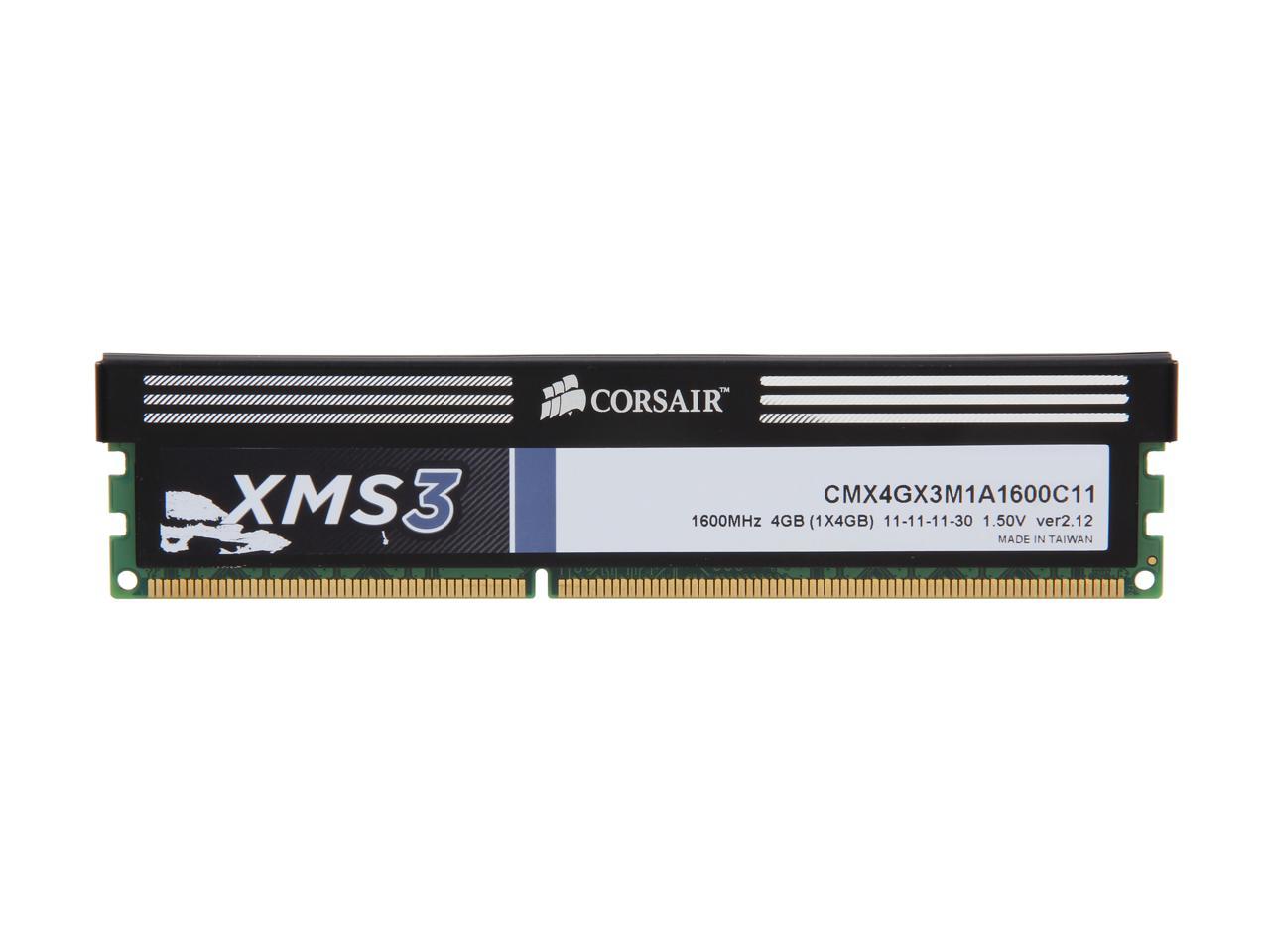 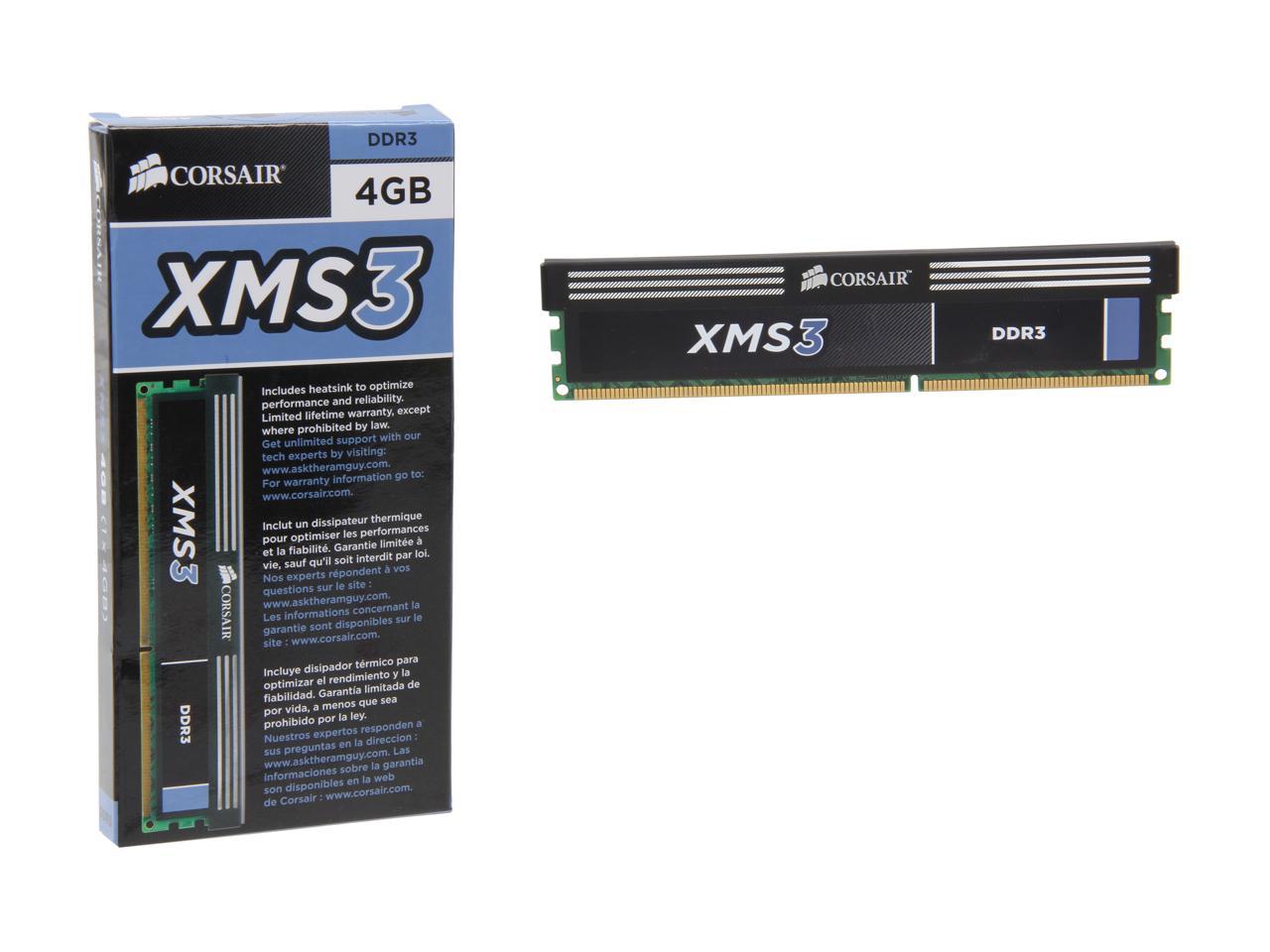 Pros: Fast it's DDR 3 ram and worked great. I have always bought Corsair and will continue to do so because it has always worked for me.

Overall Review: Corsair has never failed any of my builds

1 out of 1 people found this review helpful. Did you?
Jason H.
Ownership: 1 week to 1 month

Pros: Unshakably stable at 1600MHz, stays solid as you approach 1800MHz. The heat sinks aren't tall and silly, so they fit nicely in a crowded case or under a huge CPU heatsink. The muted black styling should look great in any open-case build or build with a window. I am a very loyal proponent of Corsair for high-end applications, having used their products in my own equipment and hundreds of customers'. I have yet to be let down.

Cons: The compromise here versus Corsiar's Dominator, etc. memory is the timing. The timing settings are pretty loose compared to some more expensive sticks and will obviously impact throughput slightly. To be sure, this compromise is only measurable via benchmark; I'll bet all the beer in Texas that NO ONE can tell the difference between these and similarly clocked RAM with tighter timings just from the seat of their pants by using the machine.

Overall Review: Unless you have an unlimited budget, this is probably the best performance you are going to get for your money. I have used this kit in my faux-server along with identical 16GB kits in my desktop and in a few customer machines. Get them. They won't let you down.

Pros: Big and cheap, I bought 32G when Newegg offered it as a Shell Shocker.

Cons: This memory doesn't run at DDR3-1600, even 1333 is marginal. At the default voltage this memory consistently failed sys_basher's memory test at 1333MHz, it worked fine at 1066. Increasing the voltage slightly, I upped it to 1.515V, caused it to pass at 1333. At 1600 it fails miserably, I didn't try to find a voltage that would work at this speed as it's a bad idea to exceed the spec by more than a small amount.

Cons: Even though this module is marketed as being a 1600MHz chip for Intel/AMD systems, you can only get the 1600MHz by enabling XMP in your computers' BIOS. Otherwise it will run at 1333MHz. The main problem with this is: 1) Nowhere is it stated that it will run at 1333MHz unless you enable XMP. 2) AMD doesn't support XMP, so if you put this in a AMD M/B, you will not get 1600MHz. 3) Intel based computers from HP (and I believe the main Dell line) do not support XMP in their BIOS.

Overall Review: The 8GB Kingston chip that came with the system runs at 1600MHz if installed by itself. If I put the Corsair XMS chip in by itself, the BIOS and CPU-Z says it’s running at 1333MHz. Even on Corsair’s website for this part, it is buried in the Tech Specs tab by vaguely listing the SPD Speed as 1333MHz and Performance Profile as XMP. However, a few lines below that, it states the Speed Rating as 1600MHz. Since Intel, on their website, states XMP is overclocking the memory, it should be clearly stated that the chip will run at 1333MHz, with the potential to run at 1600MHz if you have the XMP option. I expect to get the stated speed without having to change BIOS settings, which not everyone has, to “overclock” the memory. I find this to be very deceitful and effectively a “Bait & Switch” tactic. You don’t see Intel marketing their unlocked i7-4770K processor as a 3.9GHz processor. They correctly state it is a 3.5GHz CPU, because that’s what you get out of the box on ALL systems without overclocking it. To make things worse, the chip is embedded with the 1600MHz speed, so if you look at the Task Manager tab on Windows 8.1, it will say your memory speed is 1600MHz since Windows is being passed incorrect specs from the memory chip. This will make it appear your memory is running at 1600MHz, NOT 1333MHz. The only real way to verify this is by checking your BIOS or use CPU-Z. Now I have to dump these chips and spend more money if I want my system to run at 1600MHz. This is the first, and last time I’m buying Corsair. So much for a quality/up-front company.

Pros: Bought this RAM for a new build (i7 3770K, Z77 chipset) and it has been rock solid running at XMP (Extreme Memory Profile) 1.3, which bumps the RAM speed up from 1333MHz to 1600MHz and is officially supported by Intel's Ivy Bridge CPUs. Sandy Bridge only supported 1333Mhz. This 1.5v Corsair RAM is also on Intel's compatible memory list for the Z77 chipset. I originally purchased Patriot G2 X79 32GB 1600MHz 1.65v memory without any research (my fault) and had lots of BSOD problems so I have a new respect for tested and approved hardware. The Win 7 WEI (Windows Experience Index) rates the CPU 7.7 and Memory 7.8.

Overall Review: Please note you have to be running Windows 7 64-bit Professional or higher to support 32GB (up to 192GB). 32-bit versions only support ~4GB, Home Basic 64-bit supports only 8GB, Home Premium 64-bit, 16GB. 32GB may seem like overkill, but is useful when doing a lot of heavy duty HD video editing. With RAM so cheap nowadays, I figured, what the hay. I don't overclock so I can't comment on how good this RAM is for that.

Pros: The fact that I got 4x8GB sticks for under $200 is great. Seems like quality product as well. Plus its 1600 speed. Wasn't on the list of supported memory for my mobo (asrock pro3 gen3) but it worked without much of a hitch.

Overall Review: Overall a great purchase. Make sure that you are using windows 7 pro or ultimate if you plan on running over 16GB or RAM.

Pros: About 10 hours into a new rig build. These were recognized by an Asus P8Z68LE immediately at 1333mhz. Easily clicked the performance option in the UEFI Bios, and scaled that up to 1600+ automatically. I like the low pro heat spreader, clean and professional looking. Seems to be running cool in a Lian Li PC-9F case.

Overall Review: Don't worry when your motherboard reports them at a lower speed than advertised. Almost all high end RAM is underclocked by motherboards to 1333 by default. If you've got a good board, it should be pretty easy to fix in BIOS.