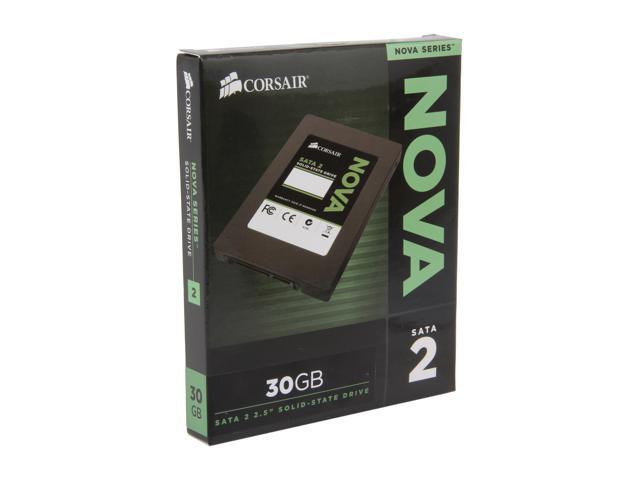 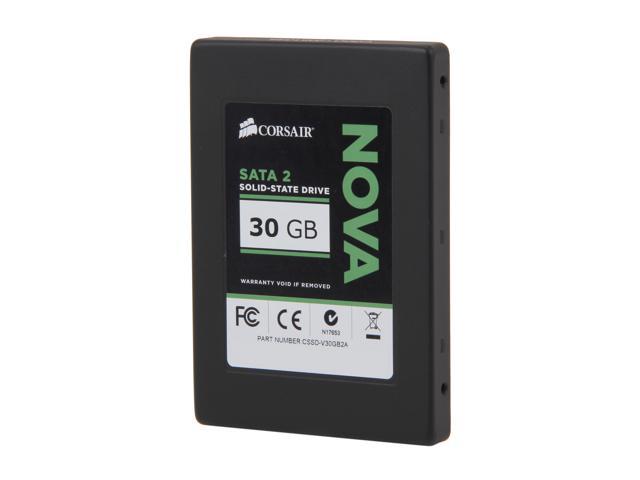 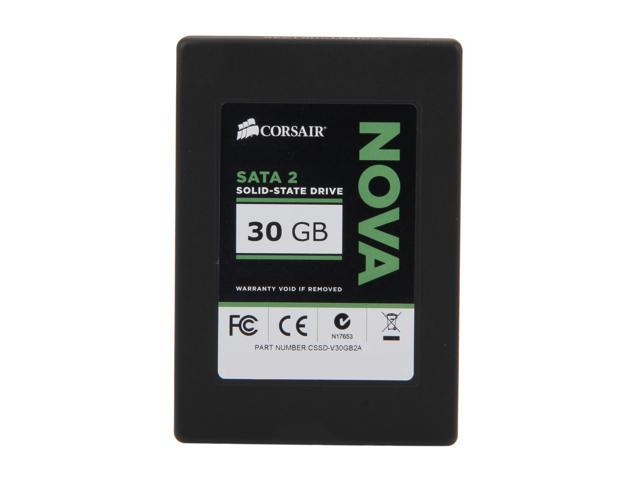 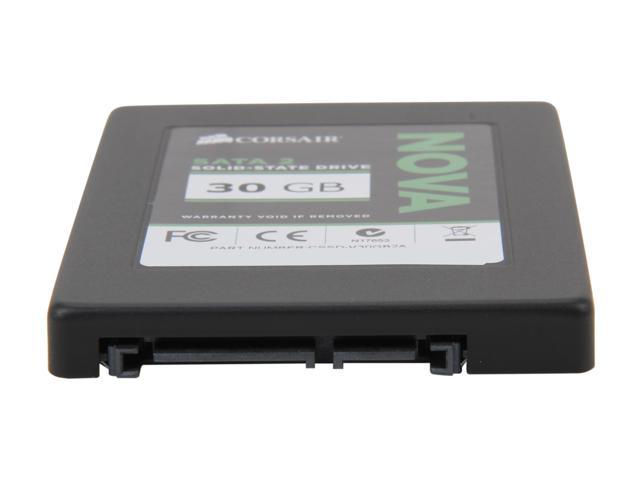 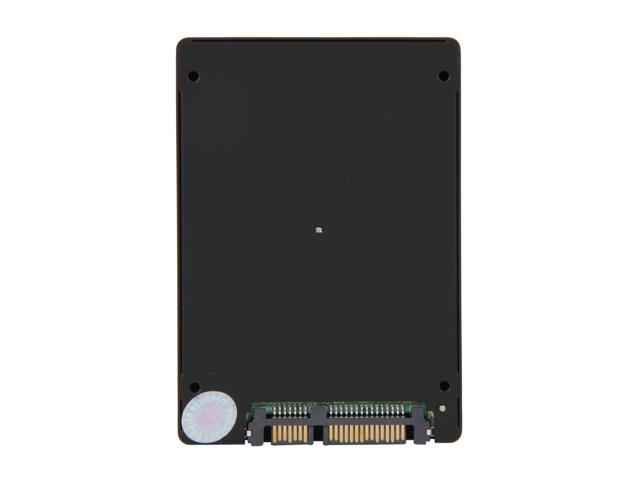 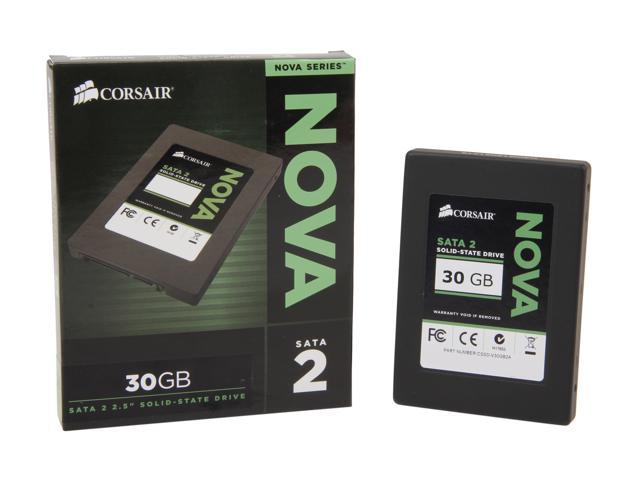 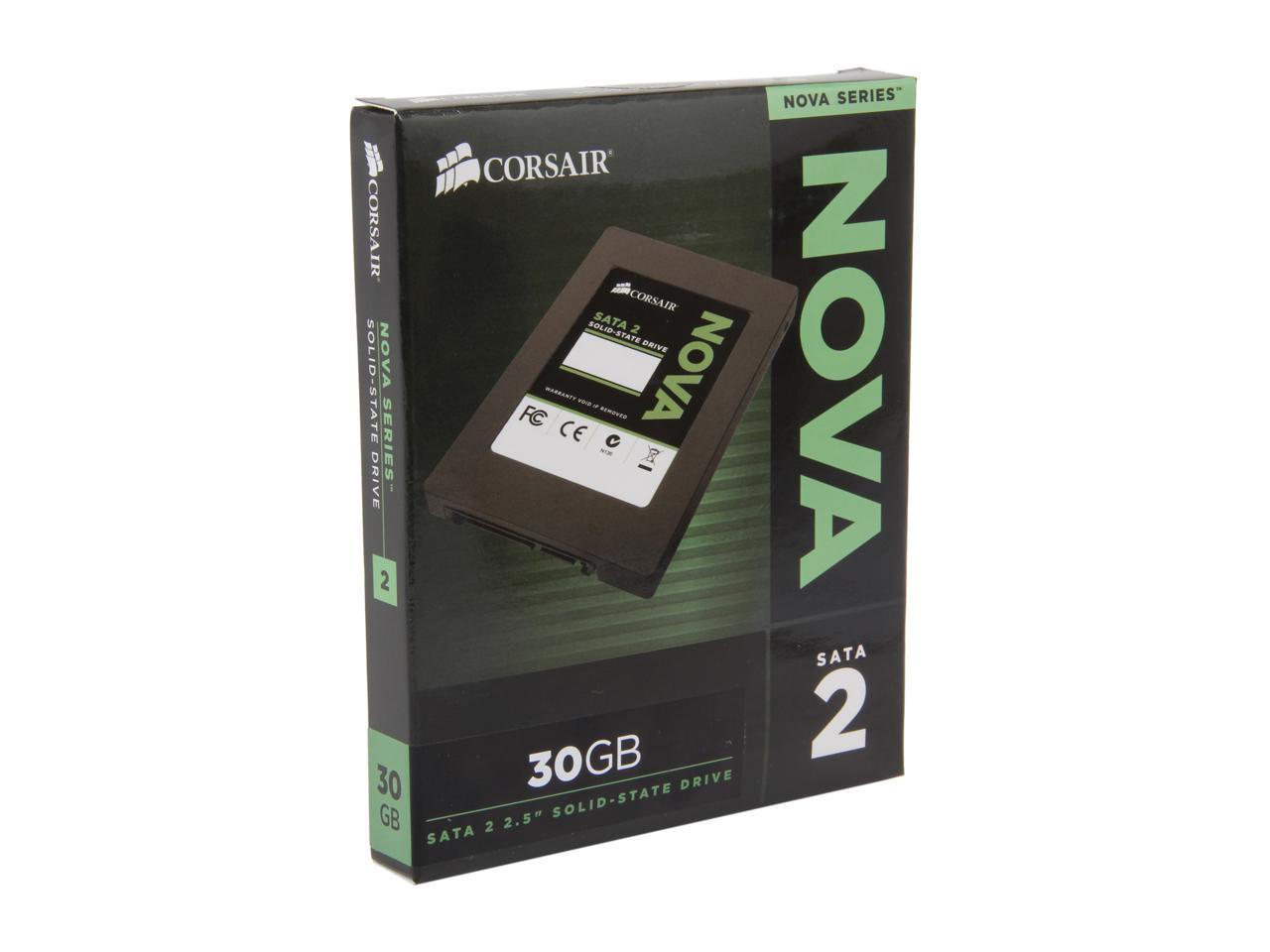 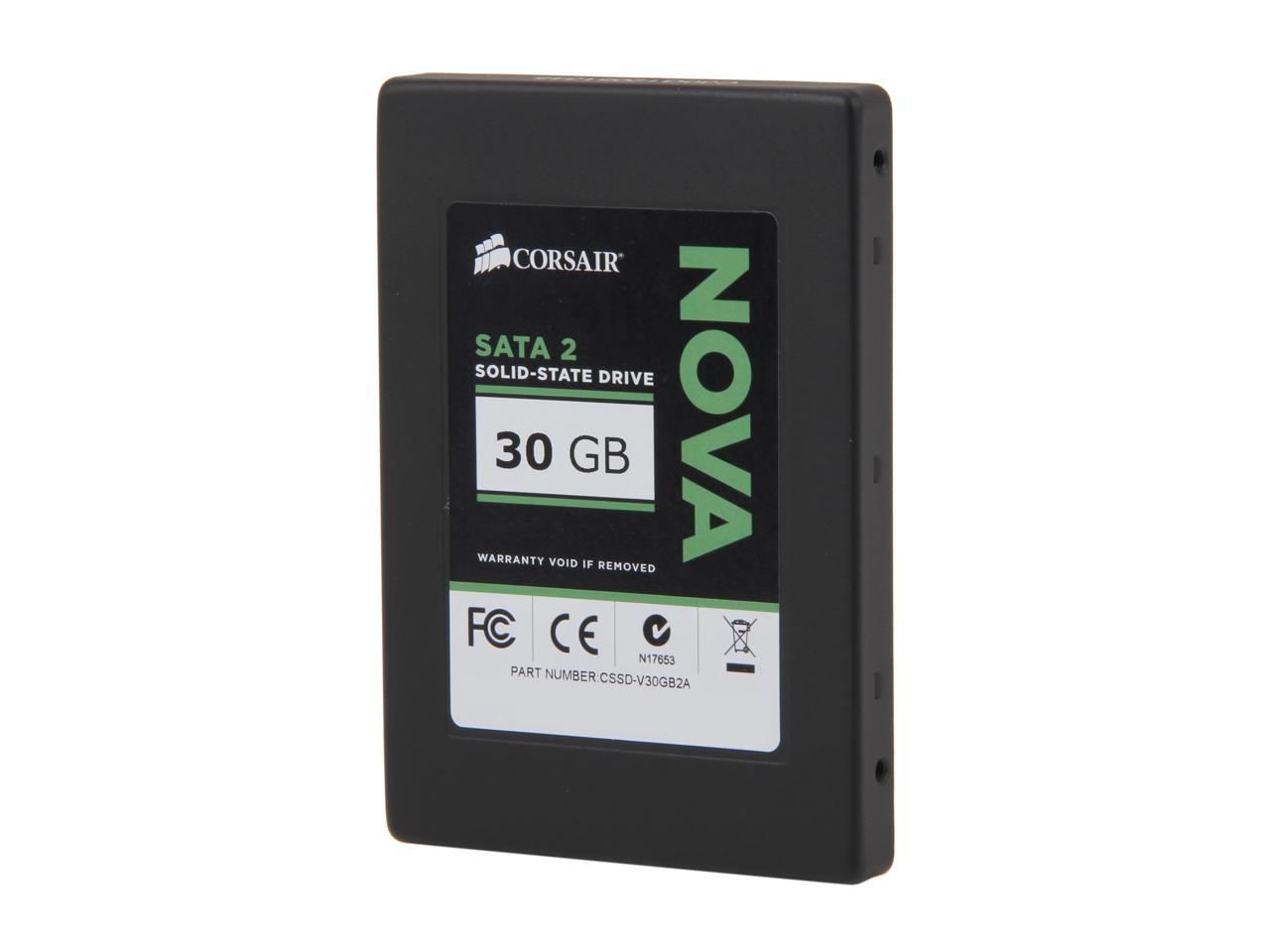 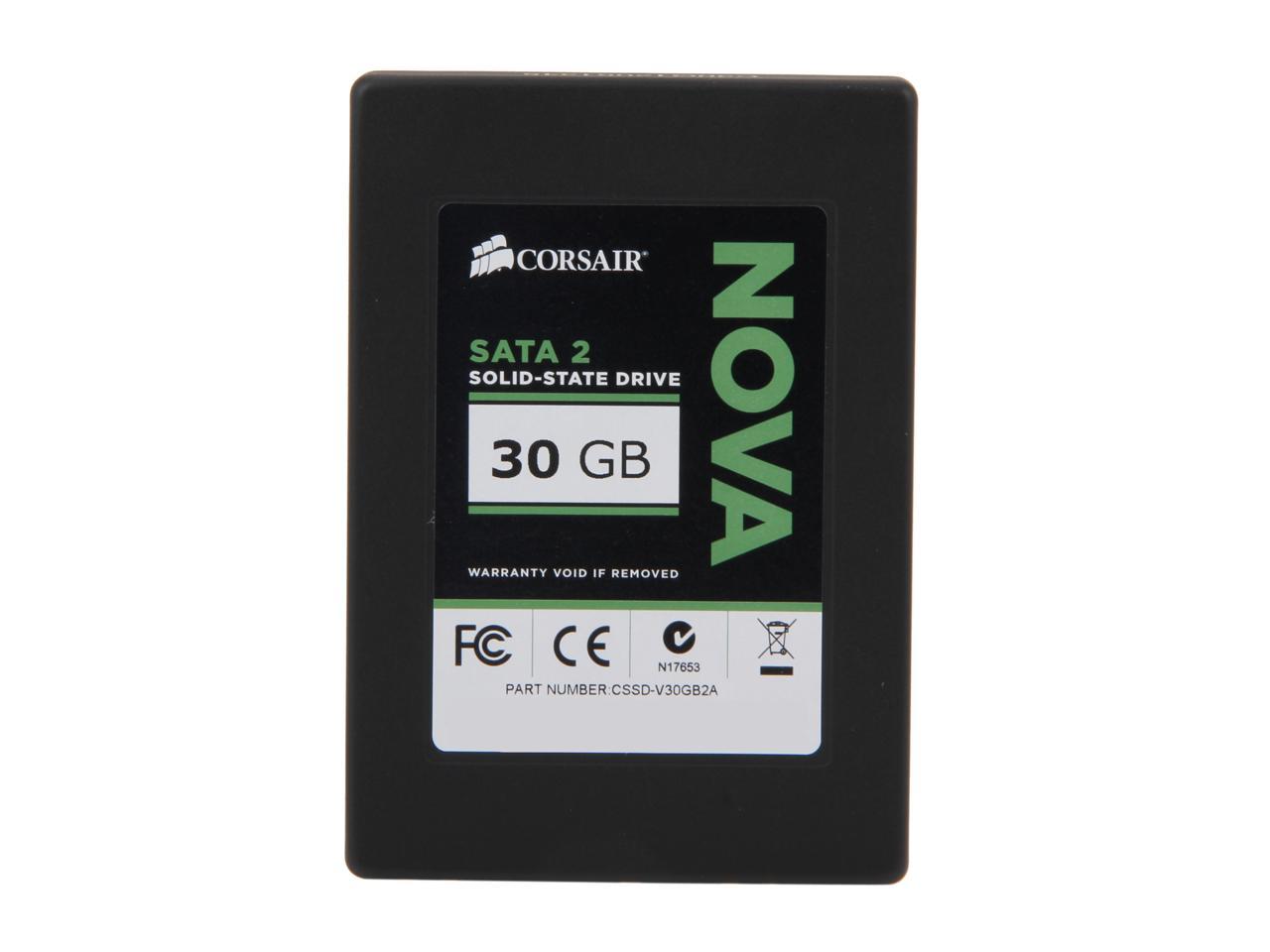 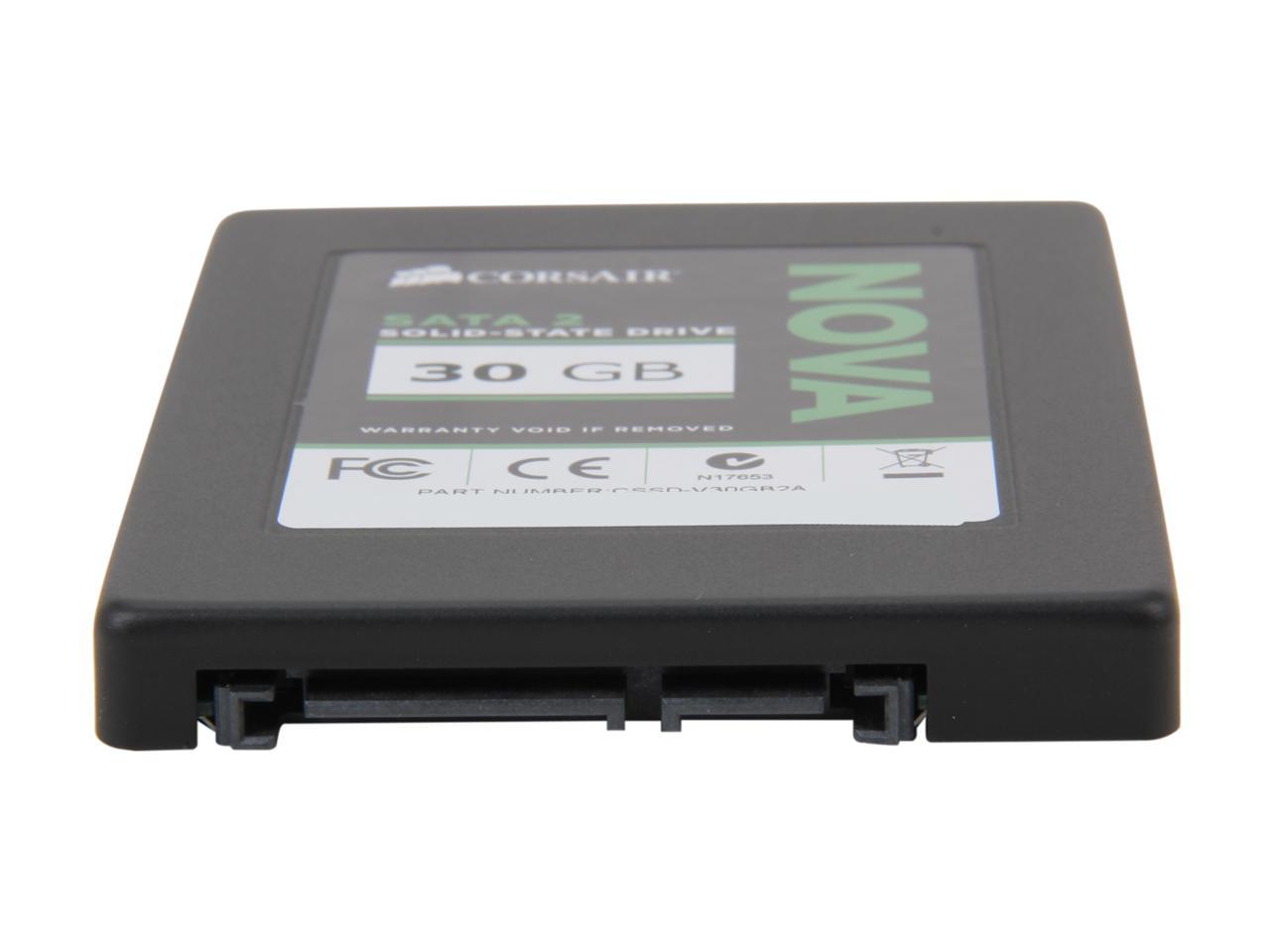 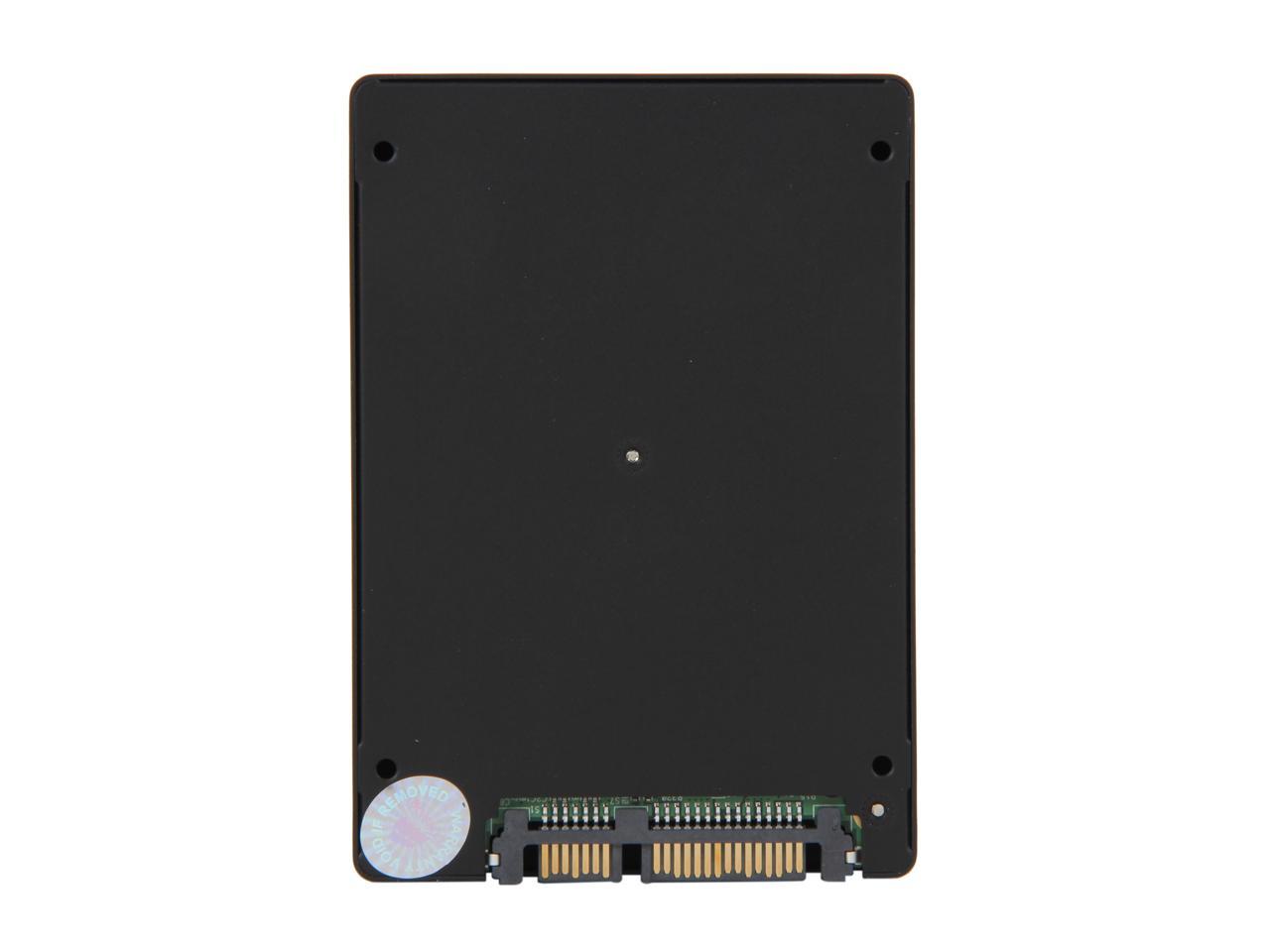 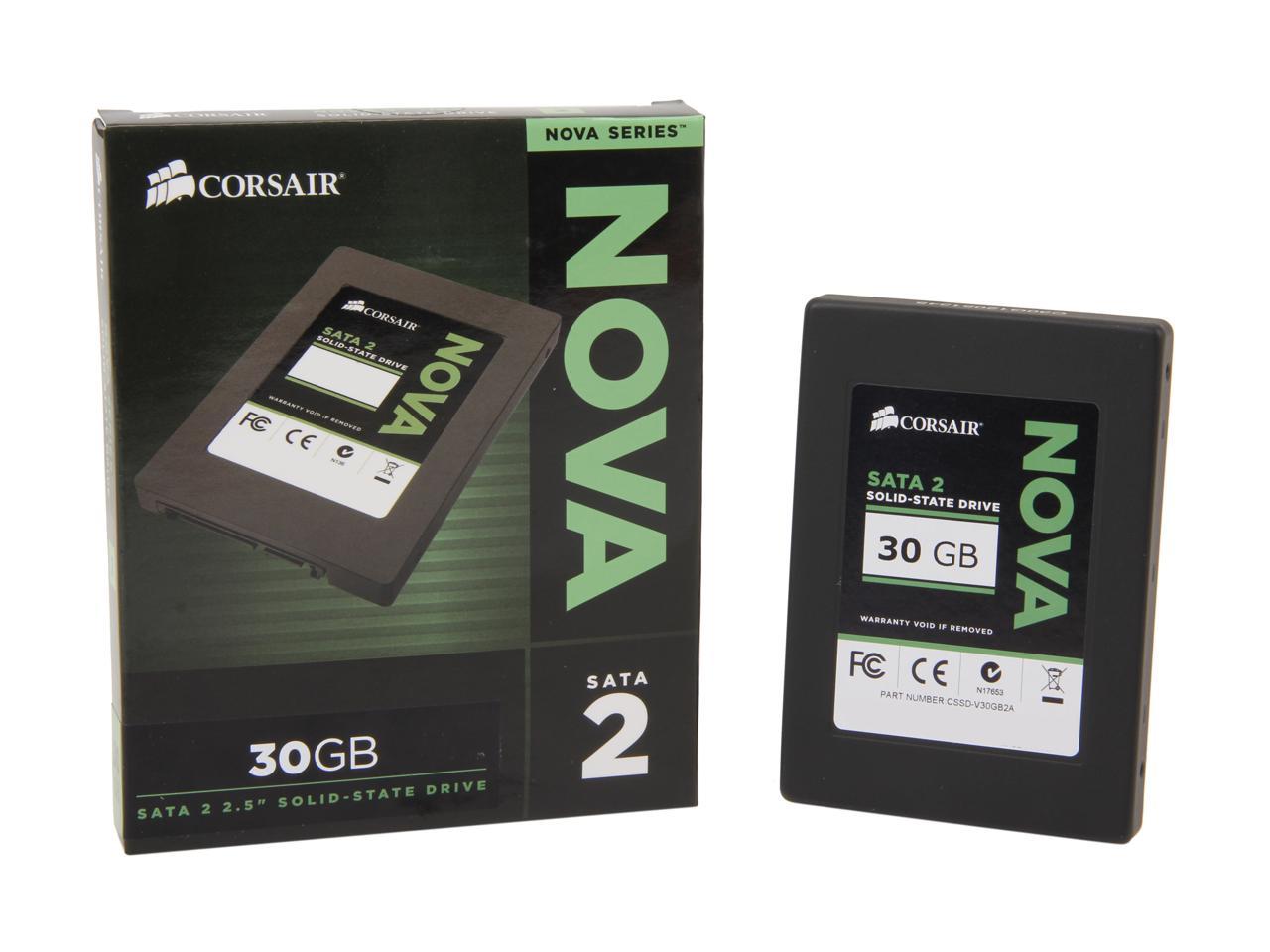 Corsair Nova Series SSD drives provide the performance and benefits of a solid-state drive at an attractive price. Their lower capacities make them ideal for use as boot drives, working in tandem with a second hard drive for file storage.

Learn more about the Corsair CSSD-V30GB2A

Pros: Plenty big in size if you use a lean OS that supports TRIM like Win7/8 or Linux, as long as you have a good-size HDD or a server for your data storage. Very snappy performance. Price is hard to beat.

Cons: Not nearly as fast as the Corsair Performance Pro 128GB in my desktop, but what can be expected for less than 1/3 the price? No internal garbage collection, so be sure your OS supports TRIM or you will need to have the patience for setting up scheduled Tony-TRIMs (google it). I'm looking at you, XP holdouts!

Overall Review: Bought two. Installed one in my server as the OS drive with a PDC E5200 and 6GB of RAM; Win2008 boots in about 45 seconds. Installed the other in my wife's Acer lappy with a T2300 and 2GB; boot time is less than 30 seconds. ...and both of those times include BIOS.

Cons: My brand new drive failed after one week. Did get a RMA from Corsair and just received my replacement drive. They sent a refurbished drive. I think this takes a lot of nerve. I am an IT professional- will never buy or recommend Corsair products going forward.

Pros: Low cost, it was $55 when I got it, which is less than a new HDD It got it advertised read speed before I formated it (a solid 280MB/s), but after formating it to ext4 it dropped about significantly (I think I am getting better speeds after switching to AHCI) My boot time is under 15 seconds (~10 usually) Much faster than any HDD I ever used (I have never used raid though) Other thoughts continued: System setup: Ubuntu 10.04 kernel 2.6.35-32 64bit (kernel is back-ported from 10.10) I am using discard and noatime options on this drive's partition in /etc/fstab /tmp is on my ram while /root and /var on on a HDD My Hardware: Asus M4A79XTD EVO AMD Phenom X4 965 Asus ENGTX550 Ti DC G. Skill Ripjaws DDR3 1600 12GB Corsair CSSD-V30GB2A WDC WD5000AAKX Maddog 500SCPS PSU Rosewill CHALLENGER

Cons: This drive's model number is not listed in on corsairs site under tech support, but they have a 32gb nova in there :? I got repeated input/output errors when I was installing updates once which throes the system in to read only to prevent damage I was able to recover everything in the drive and was about to go to RMA when I decided to give it one more try, by which point it had been completely disconnected, I put it back in using a different sata cable (about 4" long from a old dell) I booted up and my graphics driver was messed up, I was able to reinstall that and install my updates and I have had no issues since, I am currently blaming a bad connection with the sata sable for that I forgot to send my rebate within 21 days of purchase (shipping time counts) It was day 22 so I did not bother It feels slower than my old unreliable and discontinued 16gb Kingston (240Mb/s) but the only way that would be possible would be if my data was always coming it at bellow average speeds

Overall Review: Corsair recommends using AHCI not IDE mode in your BIOS on there SSDs I contacted customer support (as this model is not under tech support) trying to track down a lingering issues (which turned out to be from my turning my screen off and on) I asked if there were any known issues, I suspected some data was corrupted, I explained everything they told me to reinstall Windows since I had just enabled AHCI in my BIOS, I stated I was using Ubuntu 10.04 kernel 2.6.35-32, so it appears they did not even read the entire message, they did tell me there were no known issues and I had the latest firmware Benchmark results on ext4: Minimum Read Rate: 92.9MB/s Maximum Read Rate: 283.5MB/s Average Read Rate: 248.9MB/s Average Access Time: 0.2ms I am using this in a extremely low write environment so write speeds don't matter to me, but that may matter to you. According to a Tom's Hardware "Its actual write performance should max out closer to 100 MB/s or so." My Power on Time is 28

Pros: This is one of the cheapest hard drives on Newegg, and is also extremely fast. Windows 8 boots on my extremely low-end HTPC in 13 seconds. Plus I haven't had a single problem with it.

Cons: A lot of reviewers are complaining about the plastic case, and while it does leave a little to be desired, at this price point I really don't care too much.

Overall Review: All in all, great choice if you're building a HTPC on the cheap like I am and rely on streaming for all your entertainment needs - who needs 1TB of storage when all you do is watch Netflix and listen to Spotify!? Not me.

Pros: the drive works as advertised.

Cons: The laptop's chipset supports SATA I. So I do not reap the full benefits of a SATA II speeds. Not Corsairs, Neweggs, or anyones fault. But it is still a con...

Overall Review: I have several OCZ drives, and they have worked flawlessly. Decided to give Corsair a shot because I have always had good luck with their products. I added discard and noatime to the fstab. I also removed the swap space so the drive doesn't get written to as often. Hence the 4gb ram upgrade.

Cons: Drive failed after three months and sent for RMA, returned product was dead on arrival. Unapologetic customer service; I can't afford to wait for another RMA and an 'Advance RMA' doesn't cut it. Going to have to buy a replacement - definitely not getting another Corsair drive. Only use this drive as an accessory. You don't want your whole system out of commission when and if it fails.

Cons: No locking mechanism on its SATA slot. SATA cable will snug and fit tight but not locking like regular HDD, so it's a very minor issue.