Feel 100% satisfied with your purchase -- with no restocking fees & no return shipping costs* within 30 days of delivery. Learn More
Price Alert
Add To ListFound on 2 wish lists 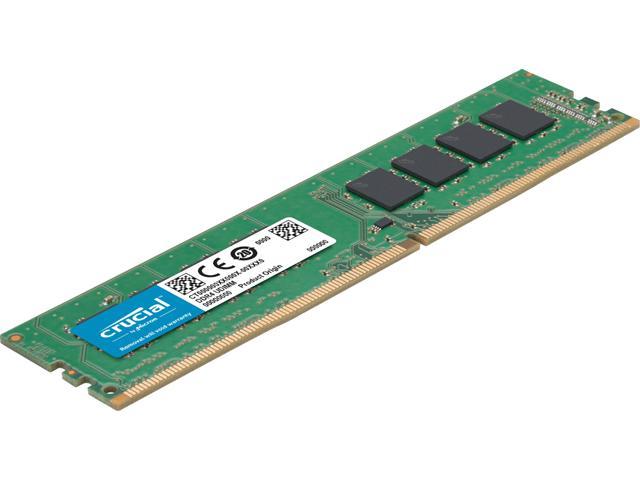 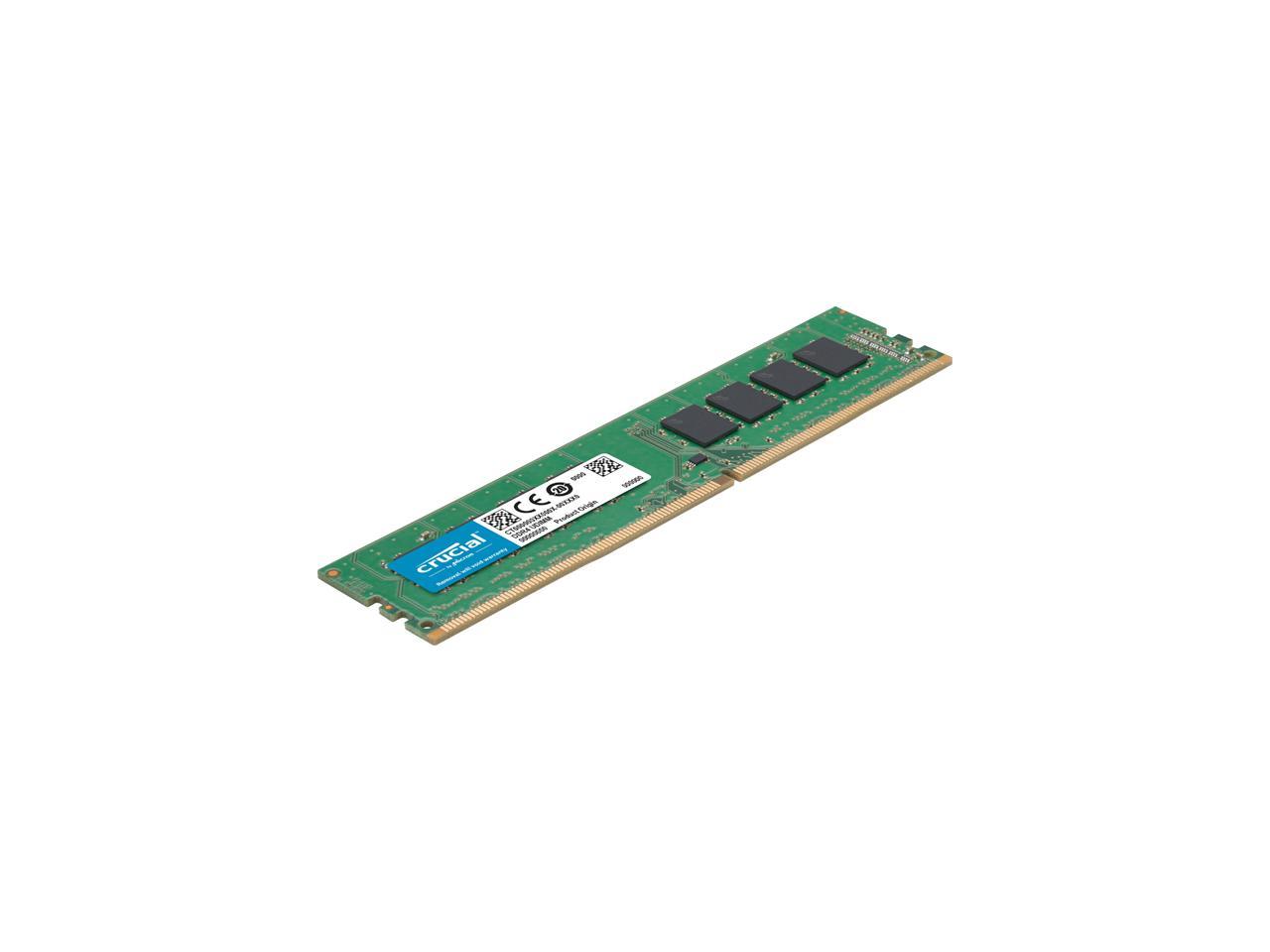 Learn more about the Crucial CT32G4DFD832A

Overall Review: If you want simple looking ram that doesn't have the crazy looking heat sinks on it. This would be it. Crucial comes in clutch for quality and compatibility!

Pros: Added these DIMMs to my Dell 3650 and they came right up no problem. Passed Mem diags and have been running fine for a couple of days with no issues.

Cons: Hoping the price comes down!!!

Overall Review: I would recommend these Crucial DIMMd

Overall Review: Not much to say. Installed on MB (X570D4U) and it was accurately recognized without any configuration on my end. Works as intended.

Cons: - One of the DIMMs was DOA. I'm currently in the process of a RMA with Crucial (which usually shouldn't be a problem). - On initial install, both of my systems that I am using this for refused to POST at the spec'd DDR4-3200 speeds with all four DIMMs installed in the four DIMM slots on my motherboards. As a result, I had to install either just one or two DIMMs (per the motherboard manual), to get the system to POST, so that I can go into the BIOS, and manually slow down the memory clock speed, install the other two DIMMs, and then progressively step up to the advertised memory clock speeds to get the systems to POST. (e.g. start with DDR4-2666, and then change it to DDR4-2933, and then finally moving up to DDR4-3200). That was the only way that I was able to get the system to POST, so just be aware that you might have to do something similar. Not sure why that is the case, but that's what I had to do to get both of my systems (one AMD system, one Intel system) to work.

Overall Review: It works when it works. It took a little bit of time to try and figure out why the system was POSTing because initially, you can't tell if it was because the RAM modules were DOA or if there was something else going on here. But after setting the memory clock speed, in the BIOS, one stick at a time to DDR4-2666, and out of a total of 8 sticks that I purchased, one of them still wouldn't POST at the DDR4-2666 speeds, that's how I was able to tell that that module was a DOA. But the good thing about Crucial is that they are usually pretty good about RMAs. It took a few days, but it's in process right now. Once you sorted that out and you are able to get the system to POST repeatedly and reliably, the RAM works as normal. Not super fast, but it works. And in most practical use cases, you probably wouldn't really notice any real differences anyways.

Pros: This is the fastest 16GB sticks that works with the ASRock B450 PRO4 motherboard.

Cons: Shipping took at least a week too long.

Overall Review: This is outstanding RAM. I'm sure that the shipping thing was just a mishap that I blew way out of proportion.

Overall Review: It is a new items, good brand, so not worried.

Overall Review: VERY disappointed with Crucial on this. They are no longer my "Go To" brand, in fact, I may never buy Crucial again because of this nonsense. Hey Crucial, here's a suggestion- program the sticks with the JEDEC data that matches the rating on the DIMMS....this pair is missing at least 3 sets of data beyond 2933!!!

Manufacturer Response:
Hello, We thank you for your reviews and we are sorry for the inconvenience caused. However, CT2K16G4DFD832A memory modules which are designed to run at 3200 MHz. If you install these modules in a non-XMP motherboard, or don’t have XMP enabled, the memory will simply run at whatever standard timings the computer decides. With memory parts this often means the memory will be downclocked to the next lowest speed. Hence, we request you to try enabling XMP on your motherboard, if it supports it and check if the problem persists. If you have further questions, we welcome your reply. You can also visit our Contact page for other ways to reach us. Regards.