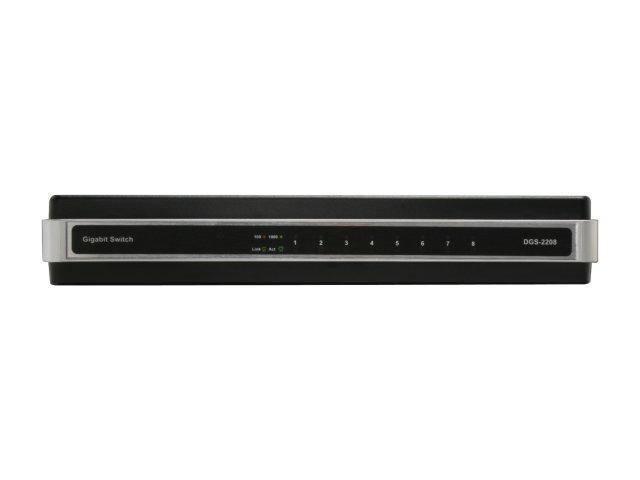 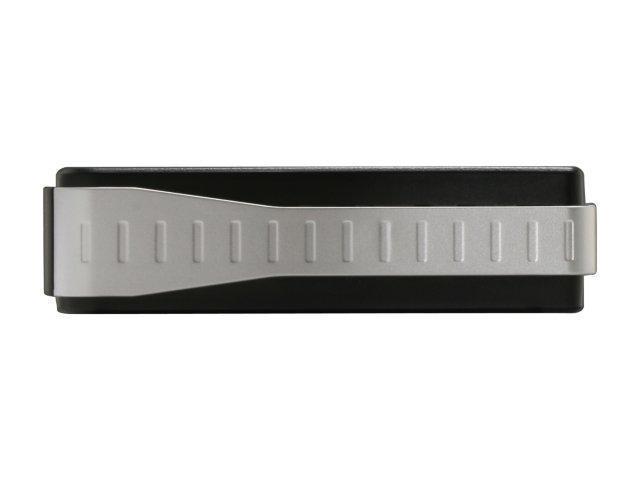 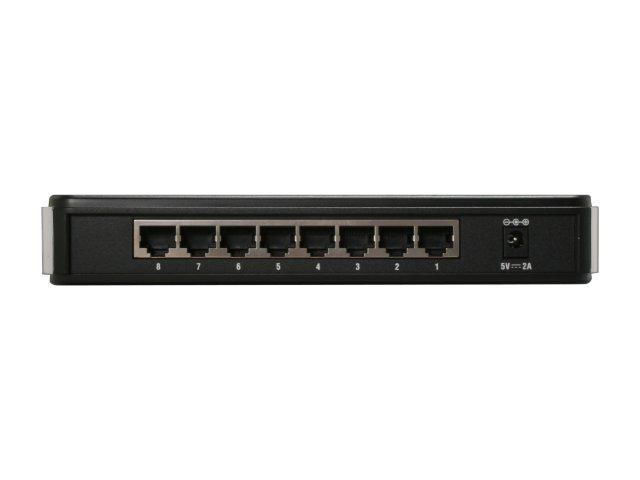 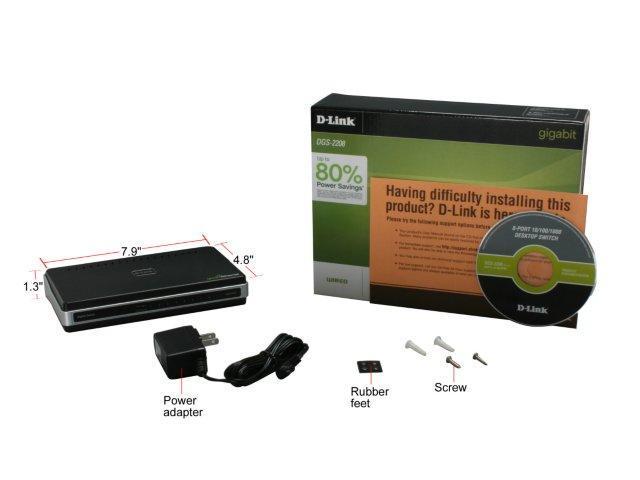 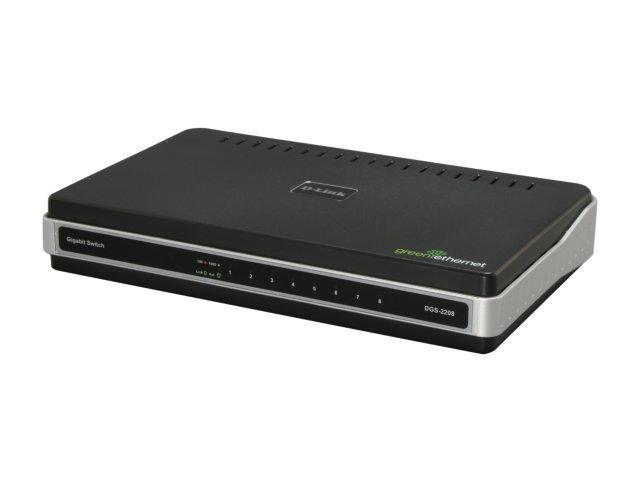 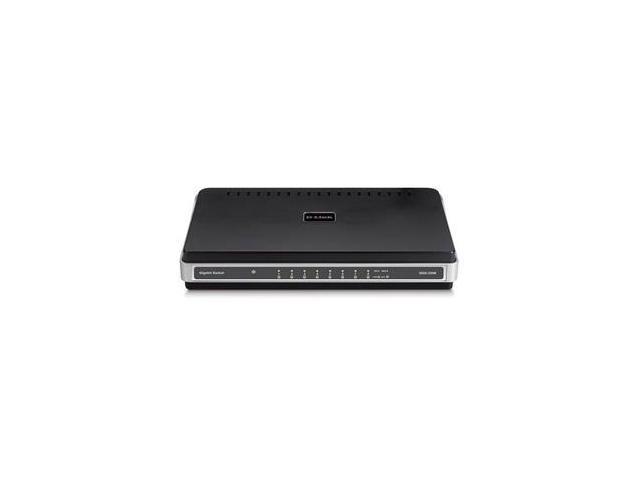 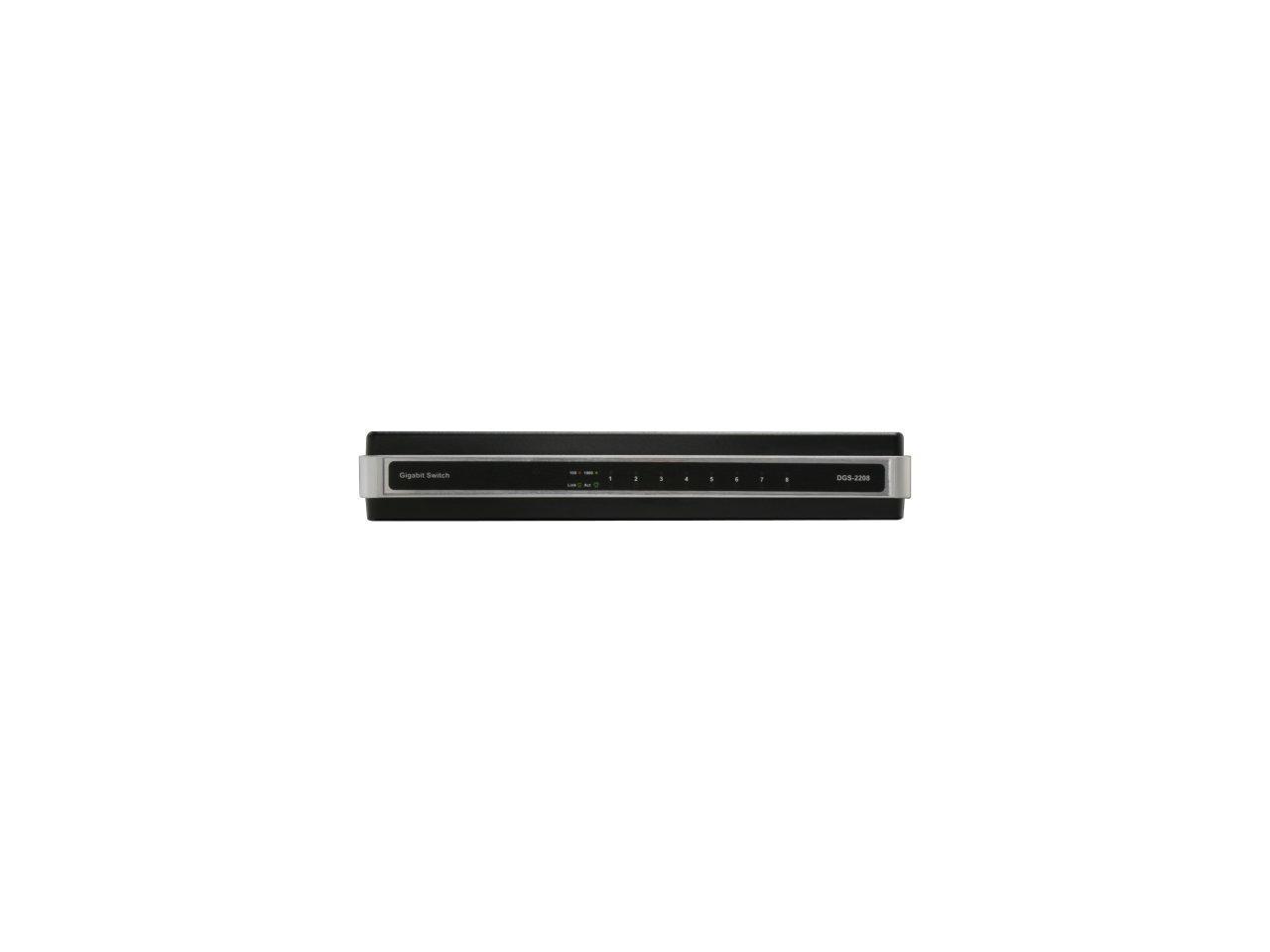 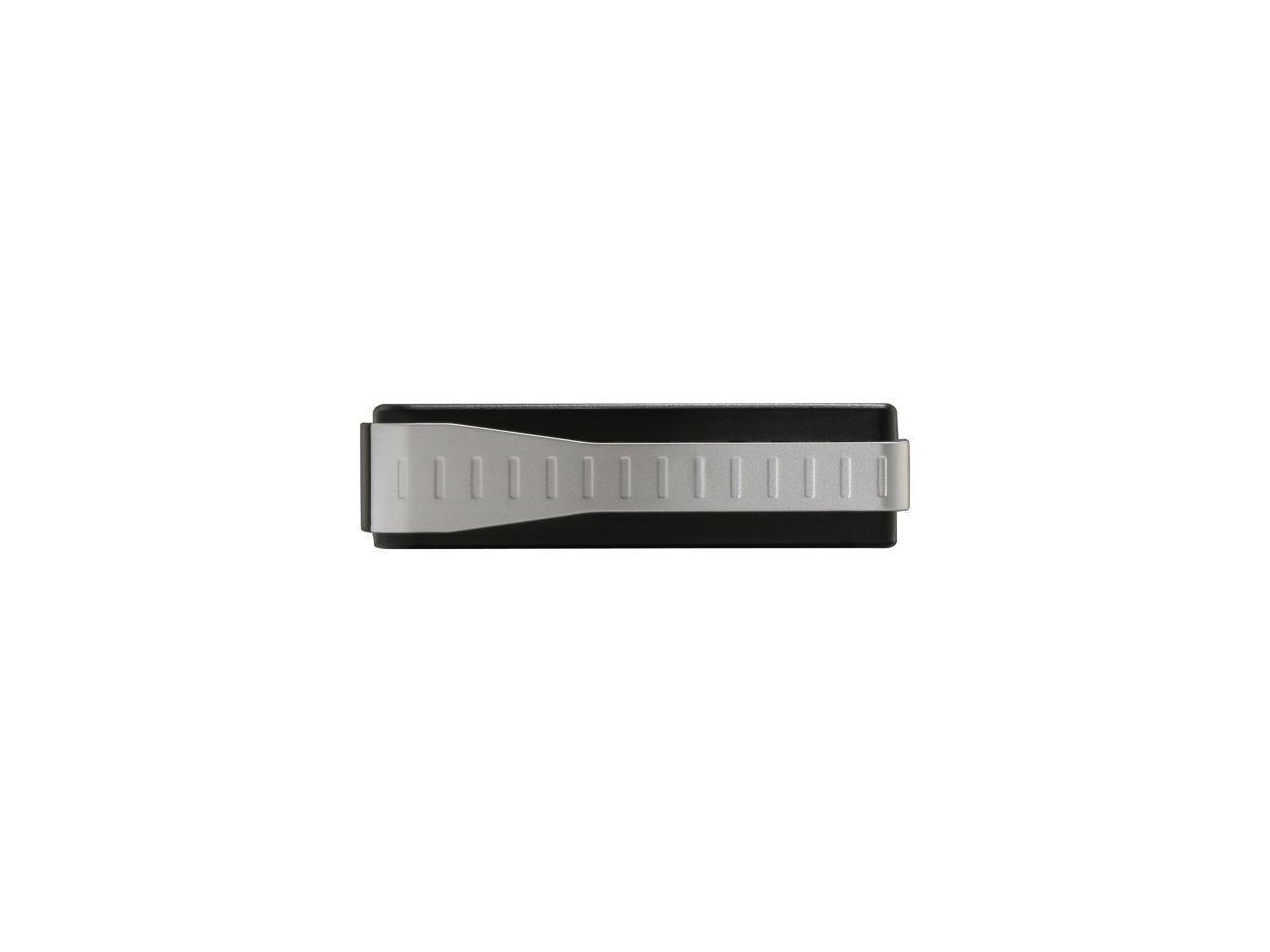 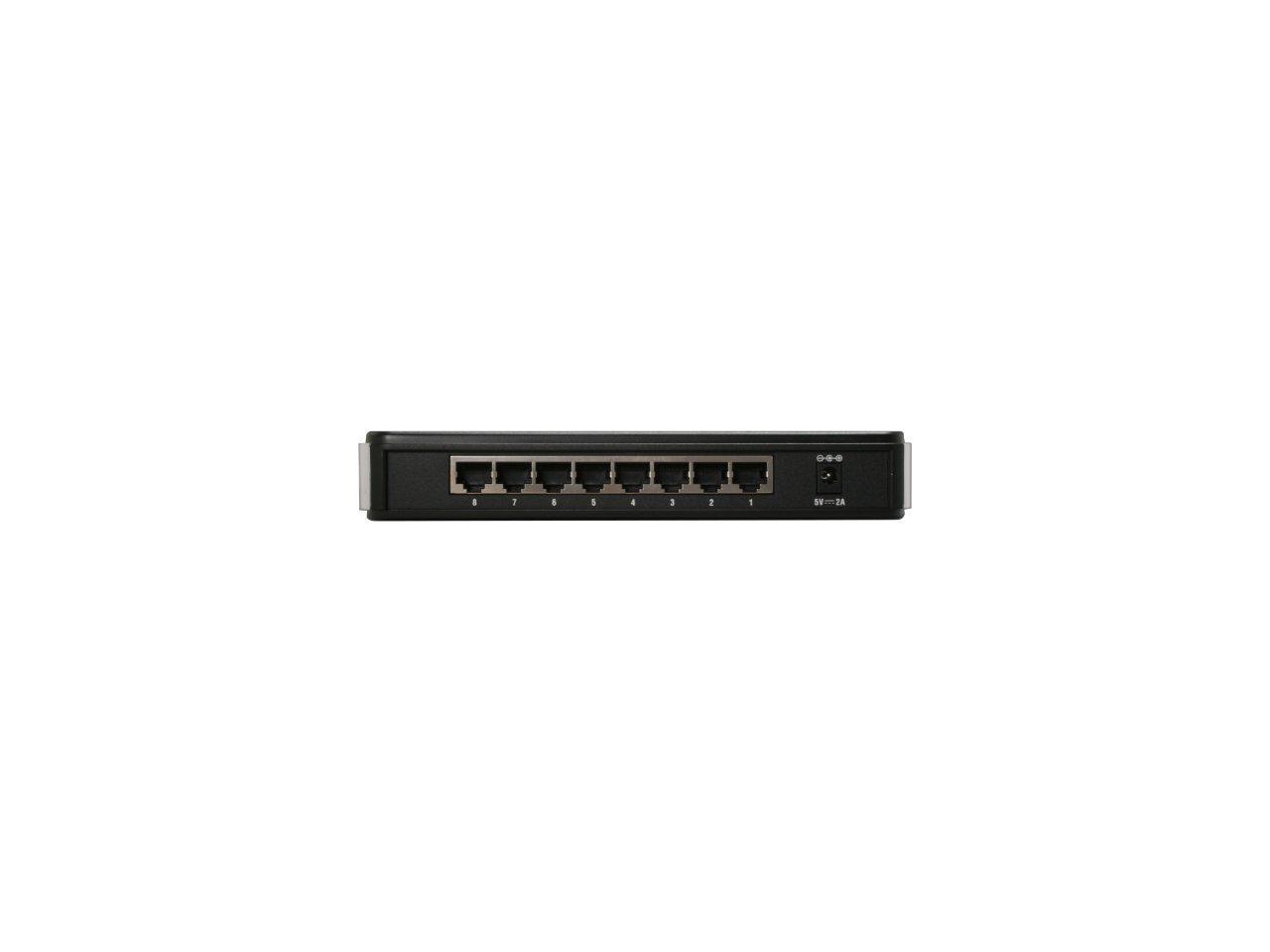 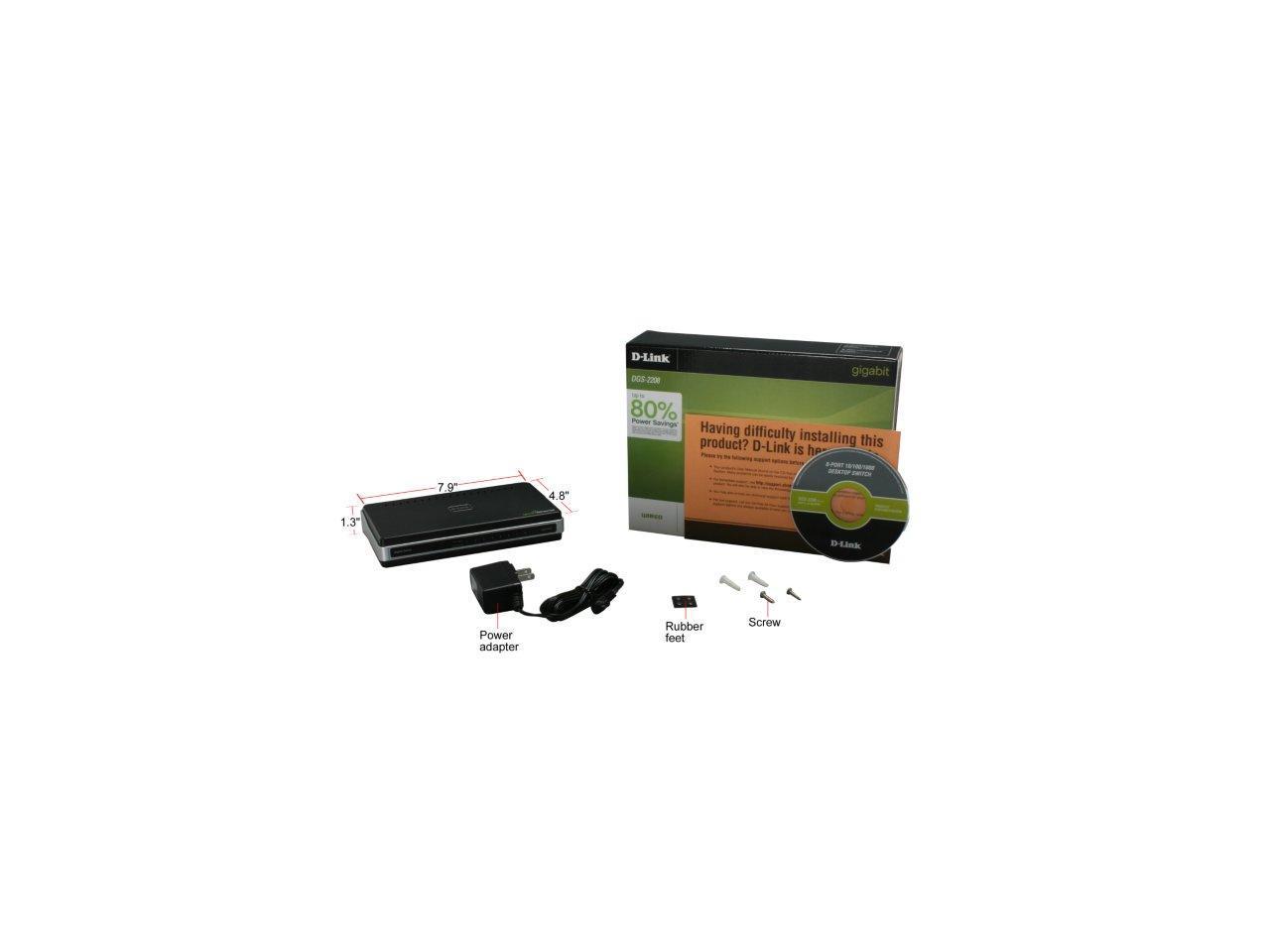 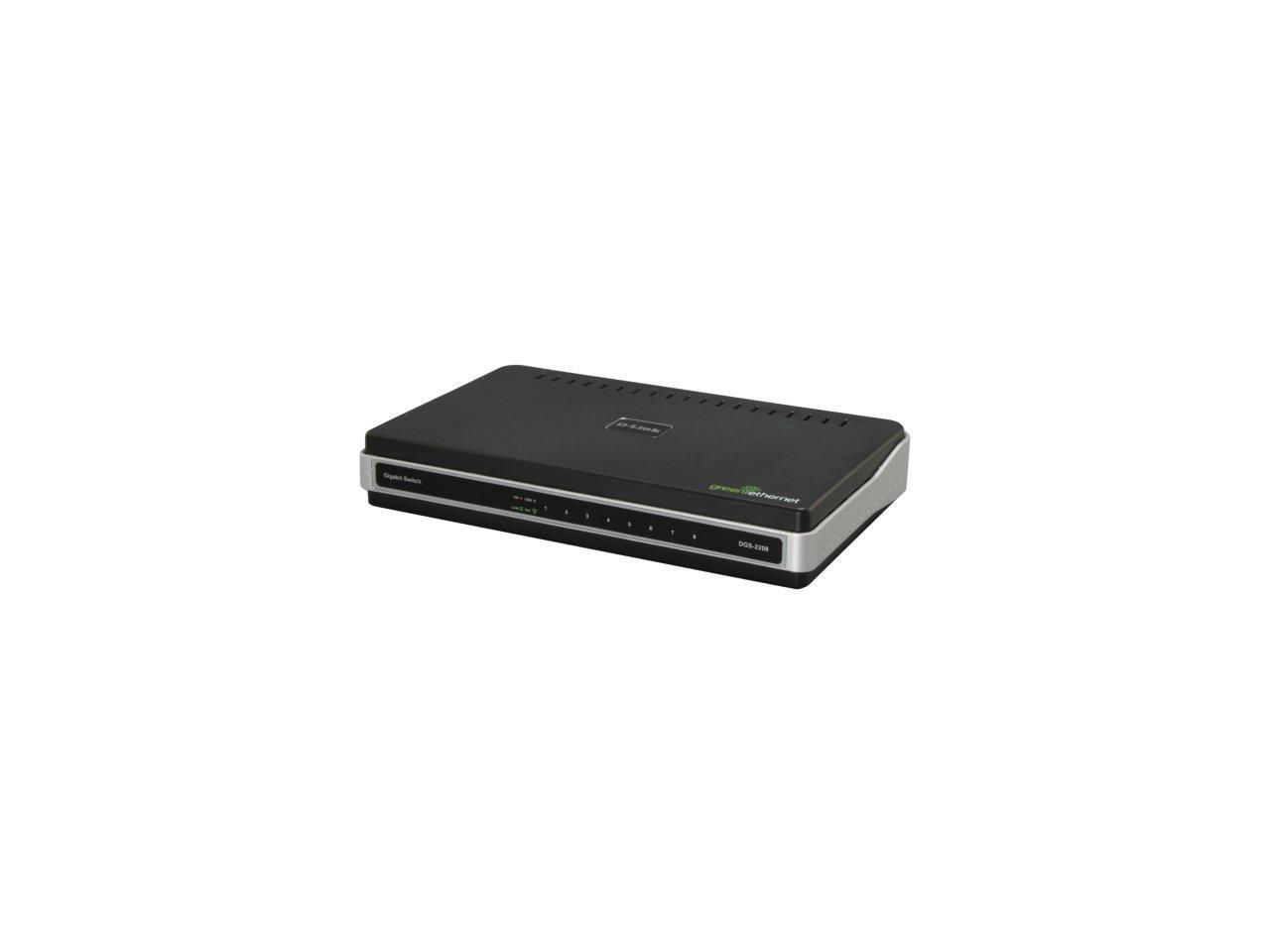 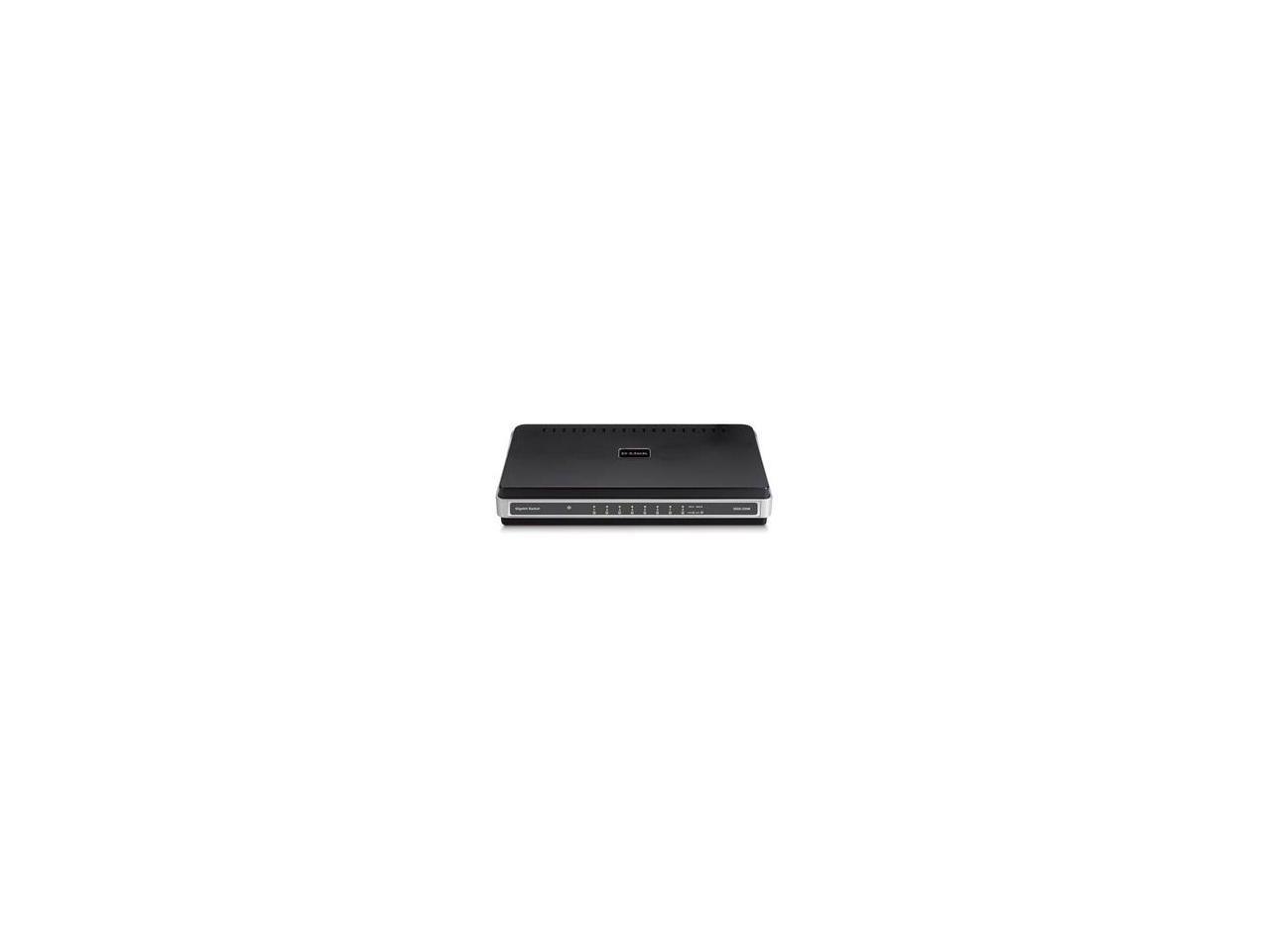 Pros: 1) Auto-MDI/MDI-X support means that you won't need crossover cables with this switch. For example, just use a standard non x-over cable to hook up to a port on your existing router. 2) The two LED's per channel show you all you need to know. One is green/yellow for 1000/100 Mbps connection, respectively, and the other is green/blinking for link/ack. 3) No setup required, just plug in your computers and your router (if you use a router) and you’re off to the races. :)

Cons: None. One reviewer said that hooking up a 100 Mbps device to the switch made all rates drop to 100 Mbps. This has not been my experience. For example, I saw no xfer performance degradation among my 1 Gbps carded computers when I hooked up a computer with a 100 Mbps Ethernet card. Anther reviewer said the switch gets too hot. Again, I disagree. Fast electronics requires more power than slow electronics and this is a 1000 Mbps switch, for goodness sake, so expect some heat. The D-Link box doesn't feel any hotter to my touch than my Motorola SB5120cable modem, which I'd classify as warm, not hot.

Overall Review: I wanted Gbps Ethernet speeds between my three home 'puters while maintaining the routing and cable modem access provided by my Linksys 100 Mbps router. No problem, just pull the three computers from the Linksys router and run them instead to the D-Link switch (using cat 5 or cat 6 cable). Then run a cable from one of the D-Link ports to one of router ports. No muss, no fuss, and no change in behavior among my 'puters, except for faster xfer speeds between them. Now the xfer speed between my three computers is limited mostly by the computers themselves (hard drive speed, etc) and not the network. I can now move a 1 Gigabyte file between my computers in approx 35 seconds. This could probably be improved somewhat (but not much) with registry tweaks which I might explore when I have the time. Don't expect 1 Gbps xfer speeds between home computers with ANY Gbps Ethernet switch. Do expect a 5x to 10x xfer speed improvement over your existing 100 Mbps router/switch.

Pros: Great device. It's performance is excellent, it handles a mixed speed network gracefully, it has low power consumption even under heavy load, it's inexpensive, and it even supports quality of service.

Overall Review: The performance of this switch is excellent. Despite what I've read in some other reviews, this device does NOT slow down to the speed of the slowest device. It runs each device as fast as it can...I've verified it. I connected a pair of 1 Gb machines together and was able to stream data between them at about 950 Mb (the missing 50Mbit is probably due mostly to communication and processing overhead). I then had a 100Mb computer start streaming to the first machine. It achieved 95Mb, and the Gb machines only slowed down by the same 95Mb. Adding a third machine gave the same sort of results. No matter how many and what speed the machines were connecting to it, it always achieved the same 950Mb combined throughput. I also tested it bi-directionally between the Gb machines. Each machine was able to simultaneously send 950Mb/sec to the other (total of 1.9Gb/sec transmitted).

Pros: After reading the reviews here I got concerned about the statements that this switch will drop the connection speed to the speed of the lowest connected device. In other words the FALSE reviews said "if I connect a 100 Mbs device then my other 1000 Mbs devices would drop to 100 Mbs". Absoultly NOT true. I ran several tests to make sure and they all passed as expected. Ran with just 2 1000 Mbs devices I got the expected 320 Mbs through put (PCI bus bottleneck). Then I attached a single 100 Mbs device and still had the same result. Transmitted some data through the 100 Mbs port with no change in the results between the 1000 Mbs computers. Add 2 more 100 Mbs device and still no problems between the 1000 Mbs computers. Powered down and tried again and still no problems.

Cons: Bad customer reviews that scare people like me.

Overall Review: On power up this thing checks the quality of your network cables, and found a questionable cable going to my printer. The printer worked but there was an awfull lot of traffic going out to it that I blamed on poorly designed printer software (I'm a software Eng). May have just been using a very poor cable this whole time! Time to order another one off NewEgg :) Another thing I didn't think about is that the longer the network cables are attached to the switch the more power it has to use to transmit the data. Shorter cables = cooler switch. Oh Yea, NewEgg Rocks!

Pros: This is a great switch for the money. I see speeds of sustained 900Mb+ with this switch, testing with i-perf.

Cons: None really, it's a great product.

Overall Review: I'm terribly disappointed with many of the reviews. So many people post misinformation in here. People are saying the switch dumbs itself down to the slowest connected device when, in fact, it does not. One person said he connects to his cable modem at 100Mb so that's going to be the speed you connect to the internet at, that's not the case either. Your internet surfing speed is determined by what package you buy from your ISP. If you buy an 8Mb/1Mb package and you connect to your cable modem at 100Mb, you are still only going to get connect speeds of 8Mb download and 1Mb upload (not 100Mb, no current DOCSIS cable modem providers offer 100Mb packages). Another person was saying that you're going to be limited by your motherboard when in fact, you're most likely to be limited by what speed your hard drives run at. This switch does exactly what it's supposed to do and it's a great value for the money. Always keep in mind that NewEgg has a GREAT return policy if you aren't happy!

Cons: Lightweight, so cables can easily knock it over.

Overall Review: One review states one slow connection drops entire switch speed. THIS IS WRONG ! I have always been able to achieve Gigabit performance between Gbit systems thru this switch, while it's connected to slower interfaces. I've tested w/ ttcp and other benchmarks. I've also observed GB traffic w/ an analyzer while another port has negotiated 100mb.

Pros: Serving well for the past few months. Got it for a new NAS-duty server build and have move a good 500GB of data through it with no problems. Got ~32MB/s upload to the Linux software Raid5 NAS from my MacBookPro with a dd [bitsize]=65536 test over a samba share -- 1000Mbs is nice. Great price.

Cons: None that I can think of. Would be nice if the 16porters would this cheap.

Pros: Part of my network also includes the garage and I've been pleasently surprised how durable this switch is. The switch out there has survived freezing temps, triple digit temps, getting pee'd on and crapped on by the mice... Any hardware that can take that abuse for a year and keep running full bore gets my vote.

Overall Review: Great piece of hardware, much better then I expected for the price, never had problem with it.

Pros: Small, inexpensive but works very well. Runs very cool - much cooler than my other one, which is HW Version A1

Cons: Very light - attaching 8 cables would require the unit to be secured somehow.