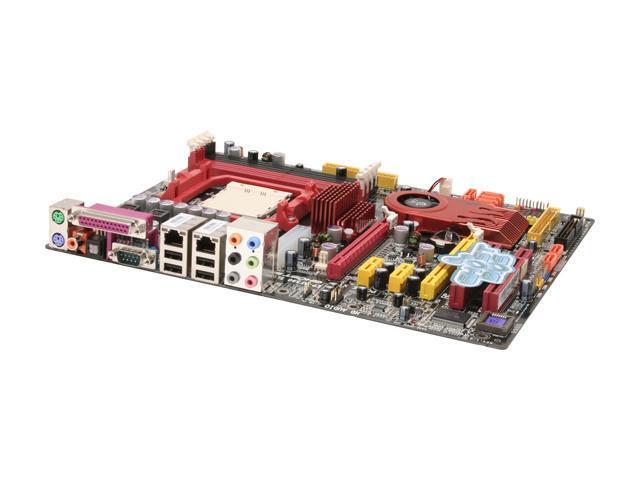 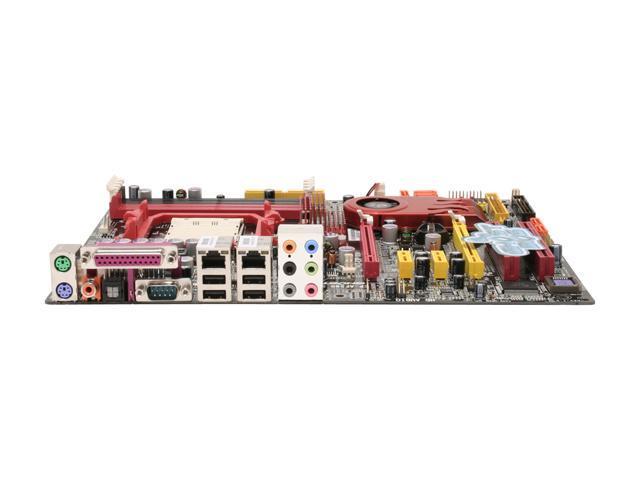 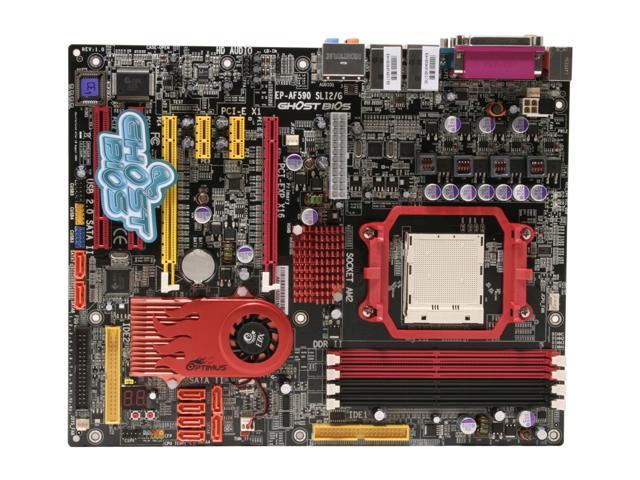 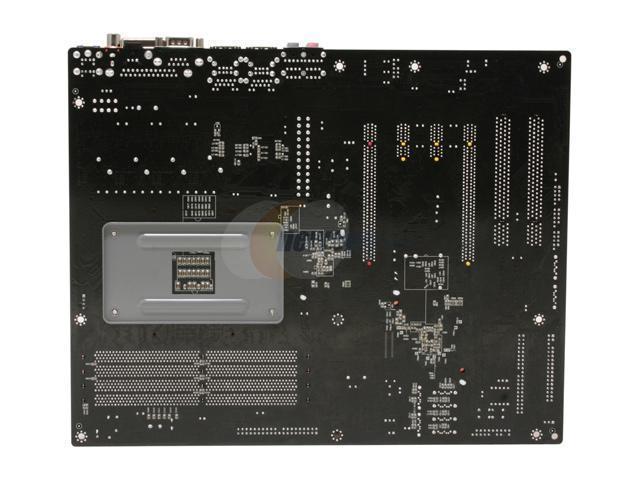 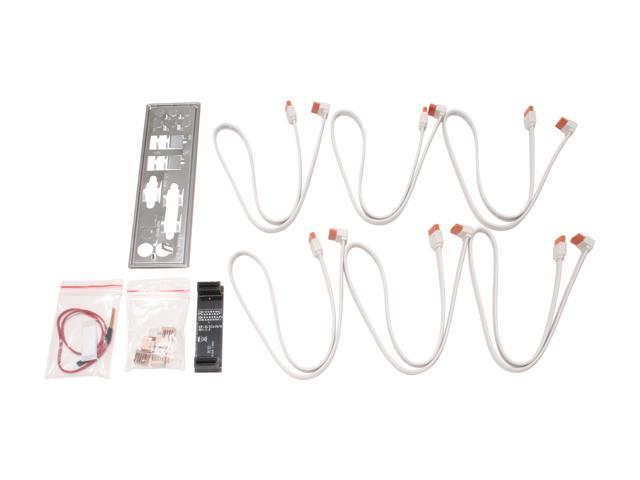 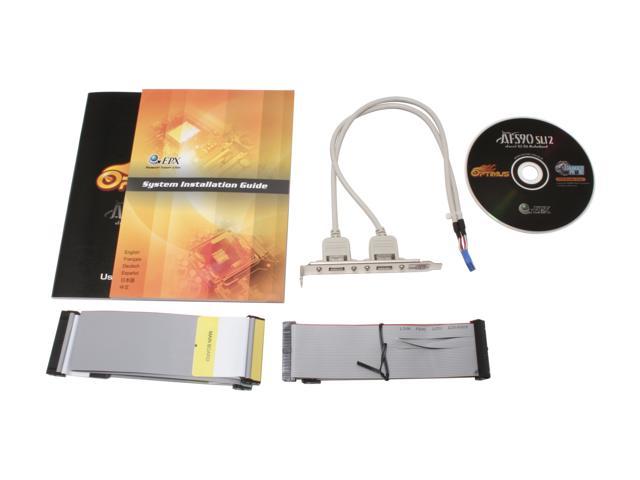 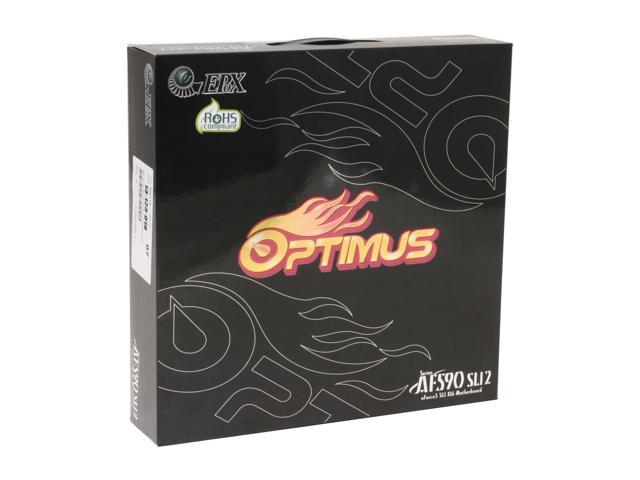 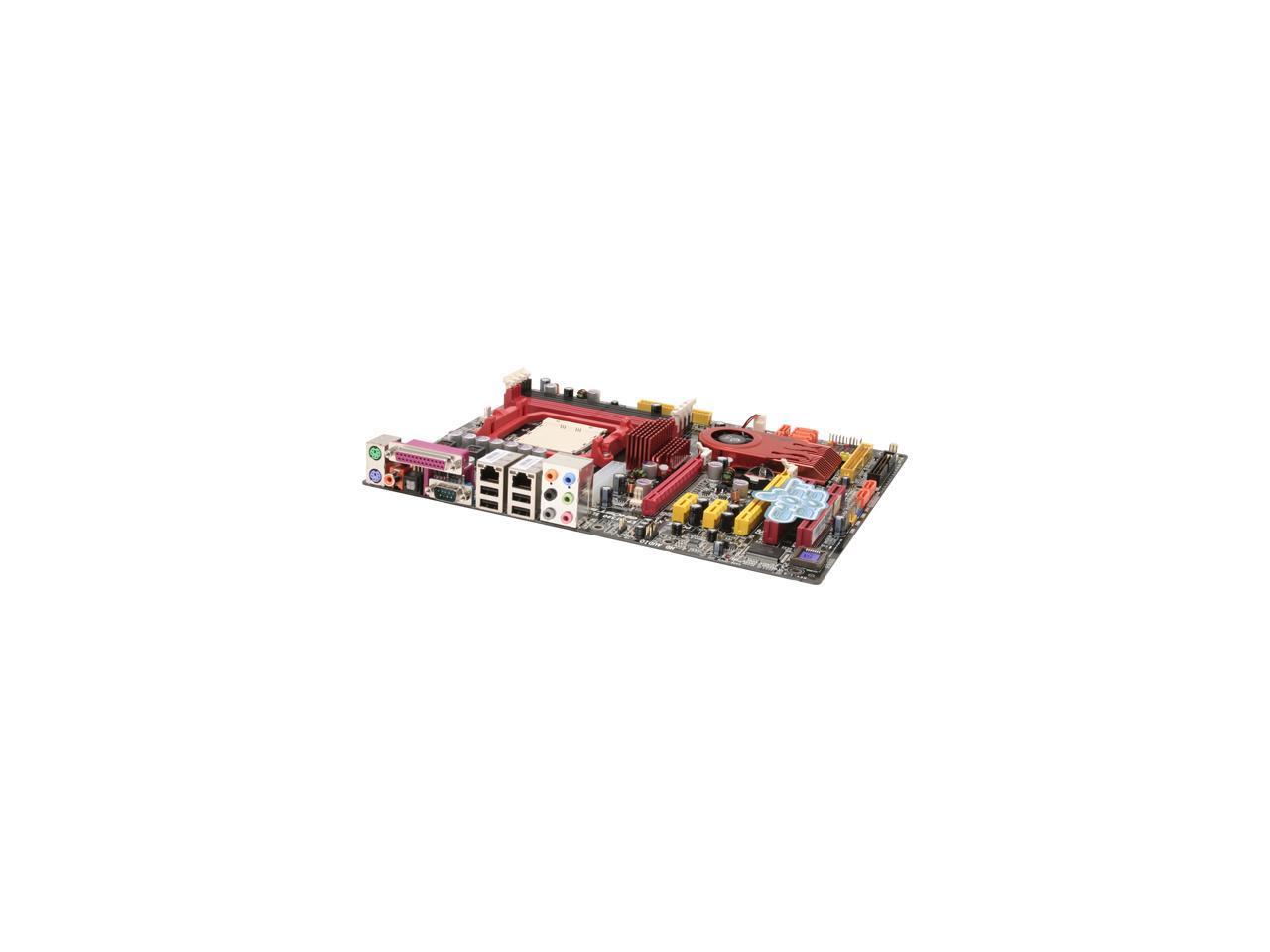 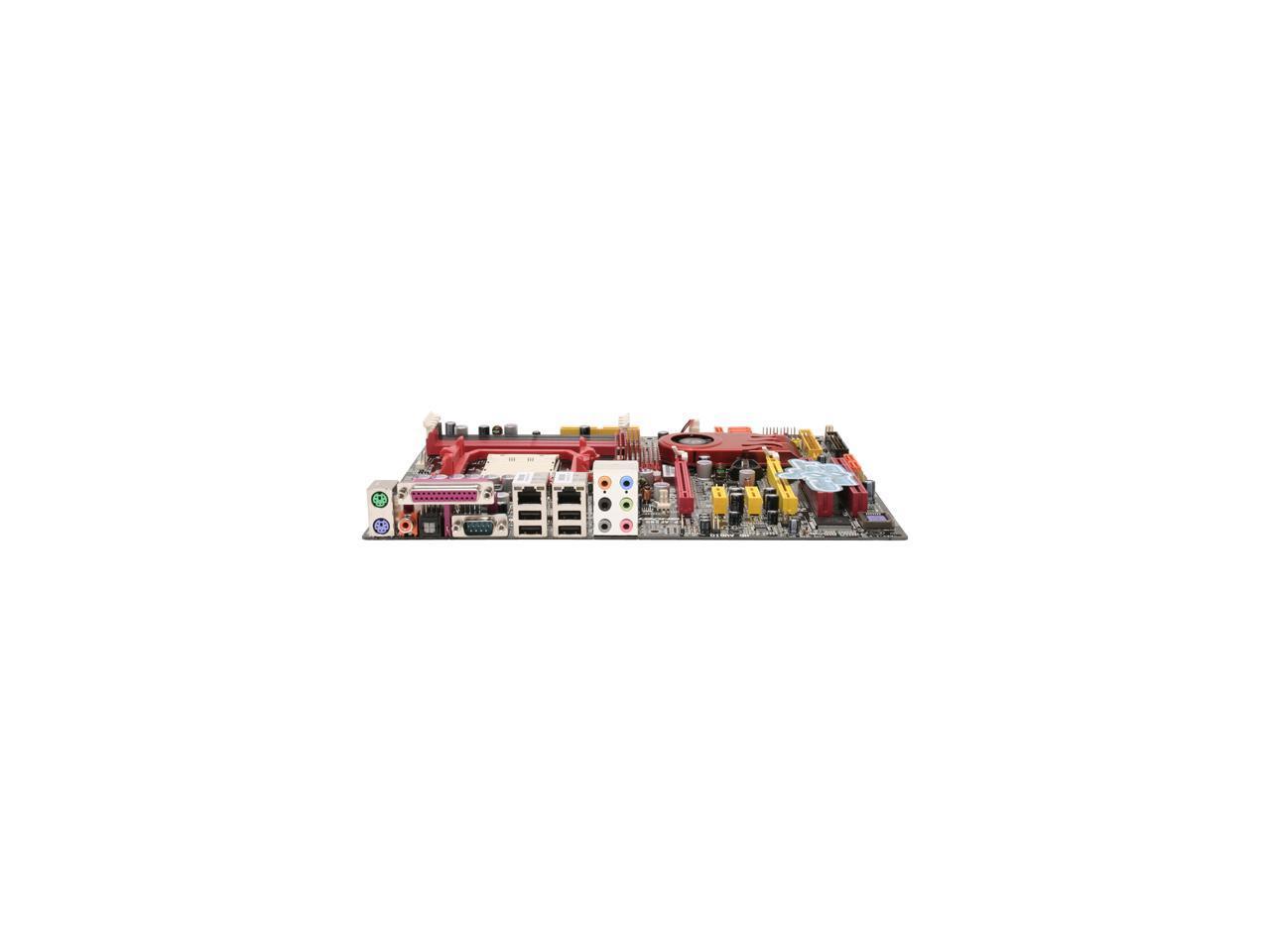 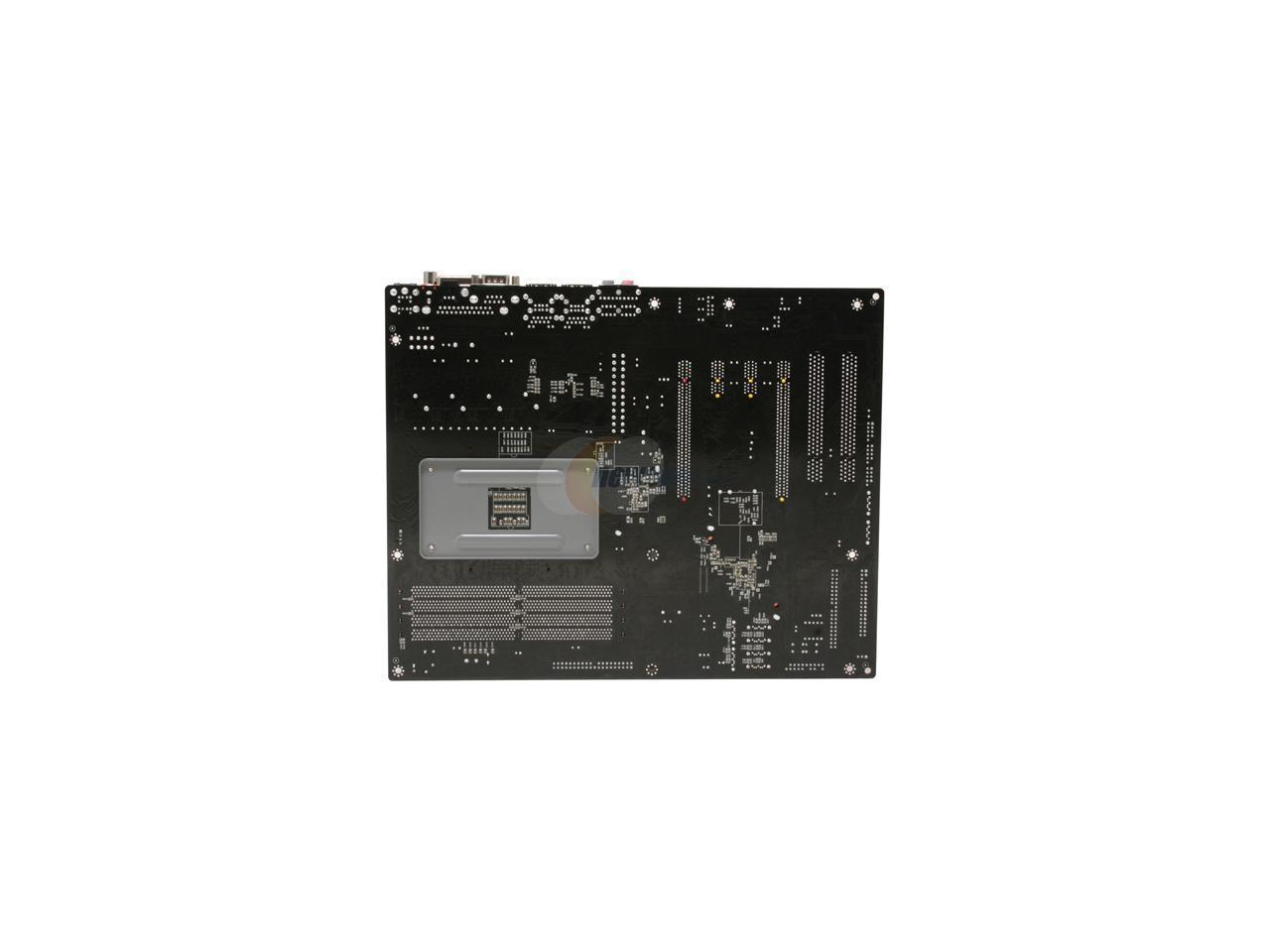 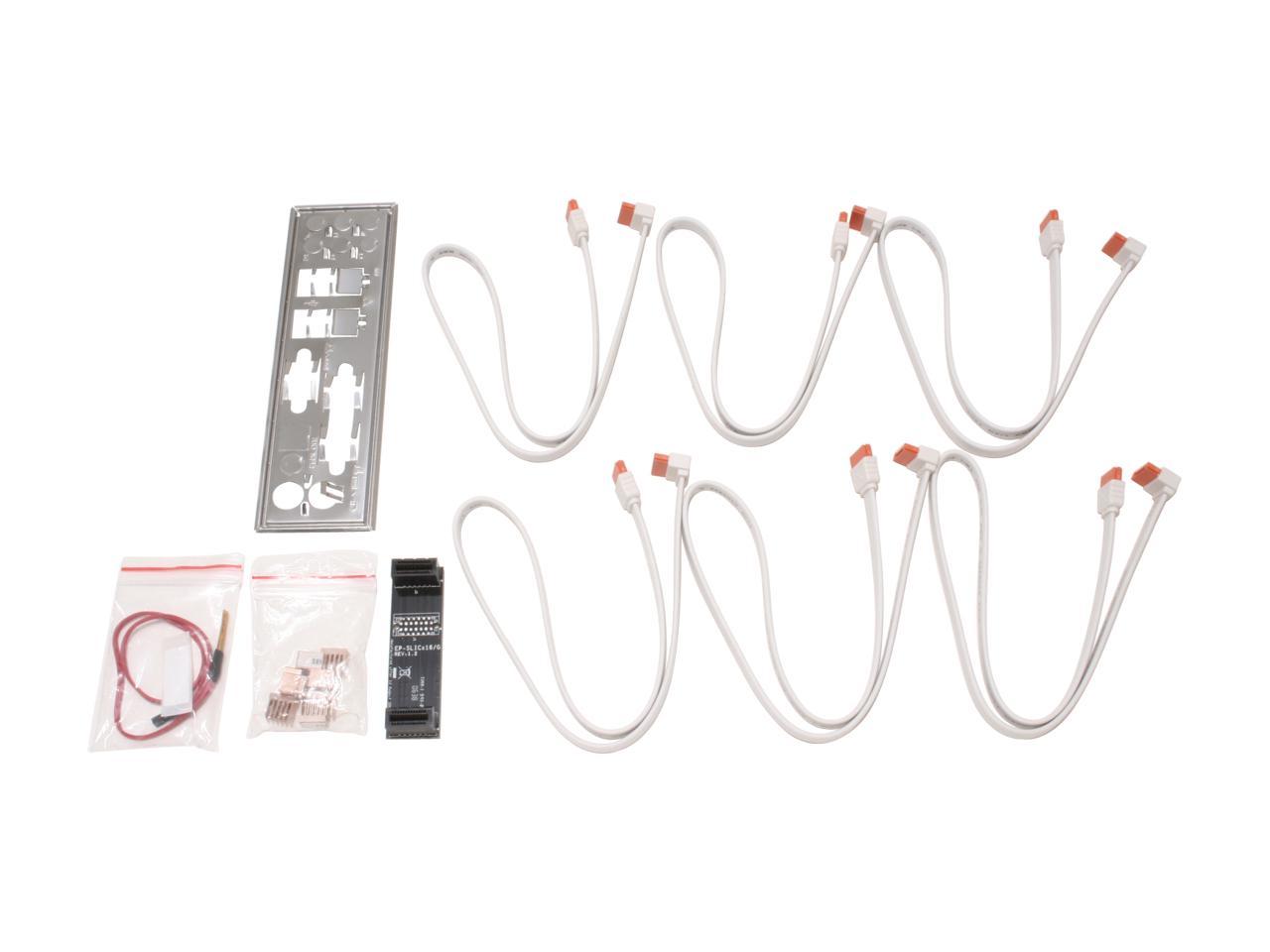 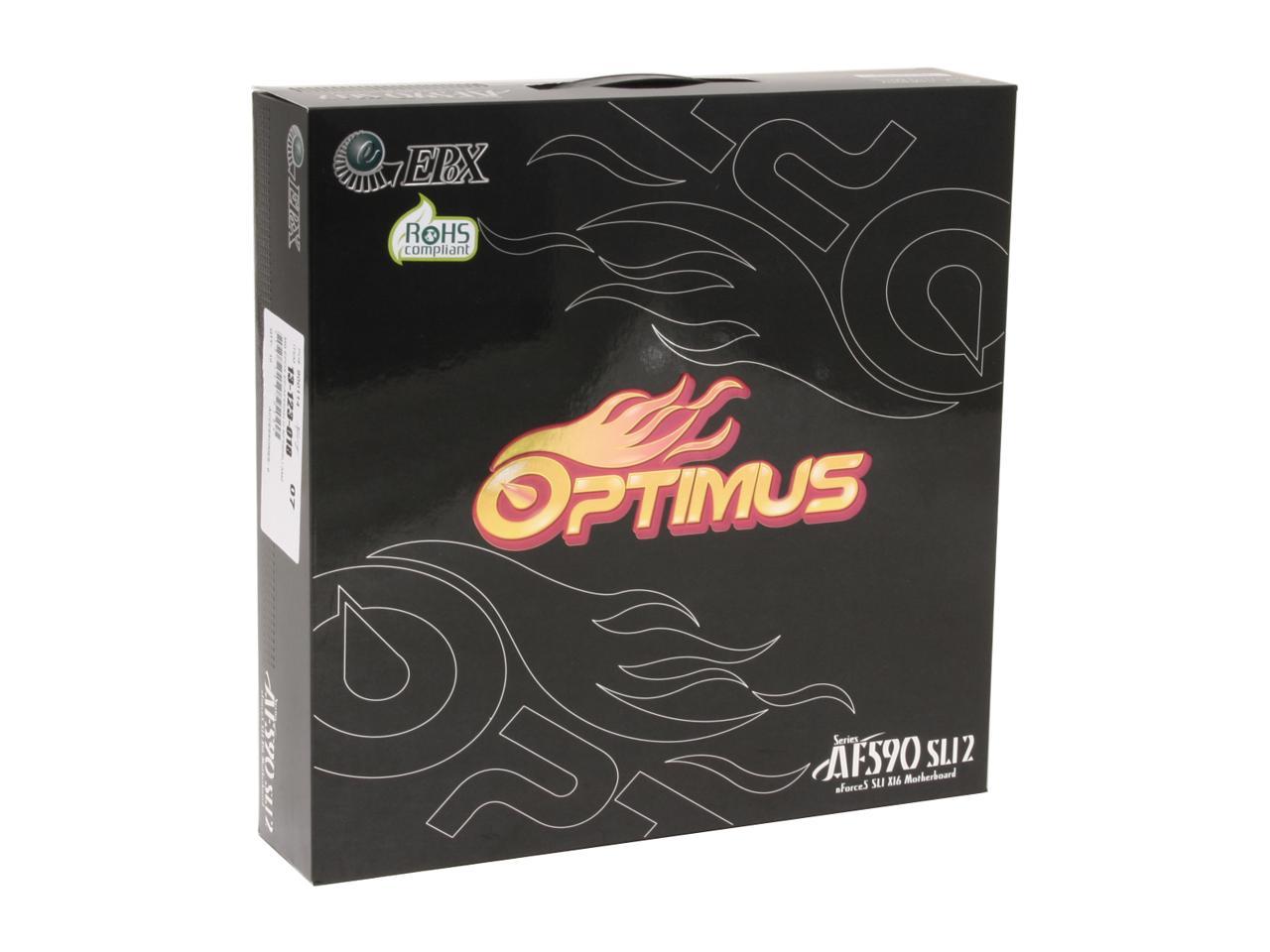 (32) Write a Review
OUT OF STOCK.
Overview
Specs
Reviews
An upscale, full-featured motherboard with plenty of power, the EPoX EP-AF590SLI2 is designed specifically with the gamer in mind. Equipped with an AMD socket AM2, suitable for Athlon 64 processors, including the X2 and FX series, the EP-AF590SLI2 is more than capable of handling anything you may want to run. Using the Nvidia nForce 590 SLI chipset, you gain the versatility of SLI, giving you the ability to use 2 graphics cards together for even more processing power.
It also includes an astounding ability to support up to 16GB’s of DDR2 memory, dual gigabit Ethernet ports, 7.1 channel onboard sound, and 8 SATA ports. Those 8 ports let this remarkable motherboard add multiple hard drives to the system using RAID 0, 1, 0+1, 5, and JBOD. It has multiple expansion slots, including two x16 and two x1 PCIe slots, plus an additional two PCI slots. For any gamer that wants to build a powerful system, the EPoX EP-AF590SLI2 is a wonderful beginning.

Learn more about the EPoX EP-AF590SLI2

Pros: The POST LED display is a real nice thing; almost gimmicky if you never need, priceless if you do. The mobo also has tiny status LEDs for the CPU and memory. Again, these seem like fluff unless you have problems, then they show their value. BIOS has some serious overclocking controls. Tons of SATA connectors, dual PCI-E slots, and the heatsinks for various components. The mobo has almost everything.

Overall Review: I've used Epox mobos since the nForce3 days, they do a great job, never had a failure.

Pros: Very easy to install. The manual is great. I love the debug display on the MB.

Cons: Like all MBs connecting USB wires is a pain

Pros: Out of all the motherboards I've ever worked with (hundreds), this one is far and away the easiest to configure. Everything in the BIOS is layed out in a completely logical manner, and making changes is a snap. This is the first system I've ever built with zero hiccups along the way. Fantastic board all around.

Cons: Physical layout is kinda inconvenient if you're using a reverse atx case (or in my case a standard, but upside down, backward and sideways atx lian-li). I literally had to run both mobo power cables over the top of the video card, not a huge deal, just offends my OCD. The RAM slot color config might confuse some folks, but I used all 4 slots with matching sticks so it wasn't an issue for me.

Overall Review: After using Ay$00$ motherboards exclusively for 3 years I was a bit concerned about jumping ship, but this was the only board that met everything I was looking for, and so far I'm nothing but pleased.

Cons: Instructions and manual are somewhat generic, however for the experienced builder is not a problem. The only con is the PCiexpress video card extends over the intake of the cooling fan of the Mobo chipset, partially blocking some intake airflow but hasn't caused any heating problems as of yet...

Overall Review: This new build has turned out to be awesome so far and can attain 60fps on WOW with no problem.

Pros: Plenty of SATA connections. Easy to configure. Love the status LED and layout of the board (except the 'second' IDE). plenty of fan connections in appropriate places that can be managed by the bios/software.

Cons: The chipset fan is too loud. I'm gonna have to replace it. it's louder than all other fans including my CPU fan.

Overall Review: A standard IDE cable will not work in a mid-tower when trying to attach a CD-ROM to the second IDE (PATA) connection. The onboard nvidia raid is great but there is still the 2TB limit so you really can't take full advantage of the many SATA connections.

Pros: Great mb. recognized all my sata drives on bootup. Was my first computer build and had no probs with this board. Will definetly consider epox again for my next build.

Cons: Only con i think of is the memory slots are real close to the cpu. If you are planing on using a big cpu cooler and all 4 mem slots you should measure and make shure it will fit.

Overall Review: HAd to put my 2 gig mem in the farthest slots so wouldnt interfere wit my cpu fan/heatsink. Mostly my fault shoulda chosen a taller cpu fan.

Pros: The board markings are great. Best I've ever seen. This board zooms. Very easy OC if your into that. Love the LED. Bios up-date is just a click and re-boot.

Overall Review: SLI set-up is easier then I thought.

Pros: it is the bomb i had to wait to weeks for it to come in stock againe was well worth the wait BUY IT... easy to set up reconized every thing

Cons: 8800 vid cards pretty much cover up whole chip set cooling fan but have had no over heating problems yet