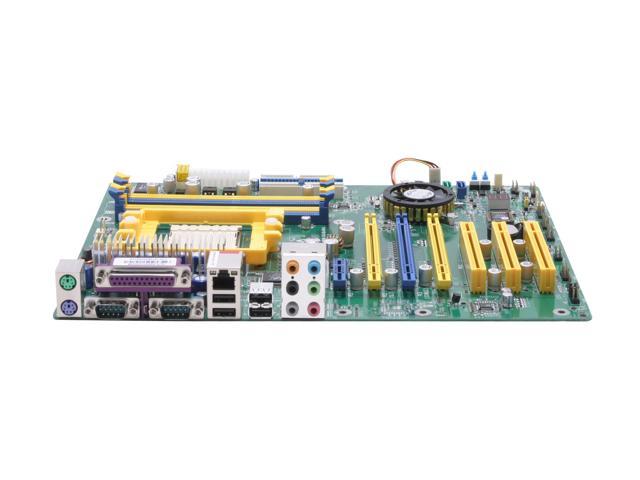 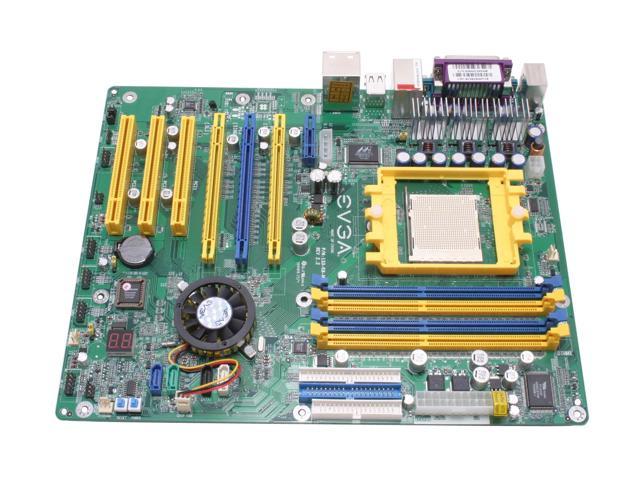 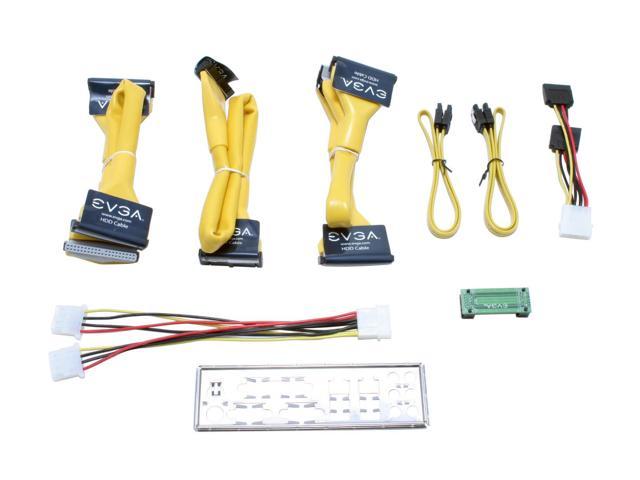 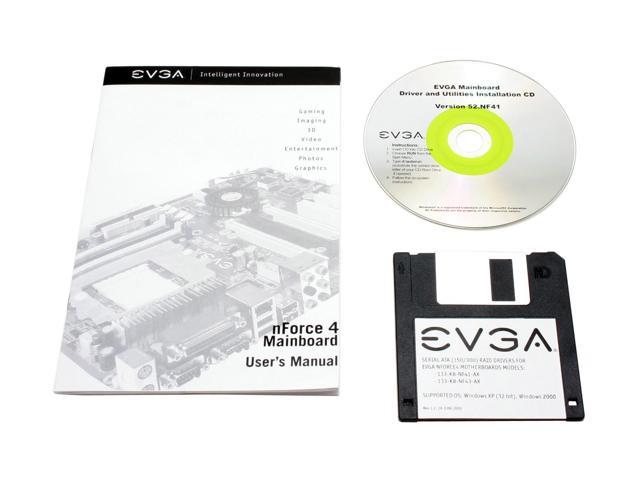 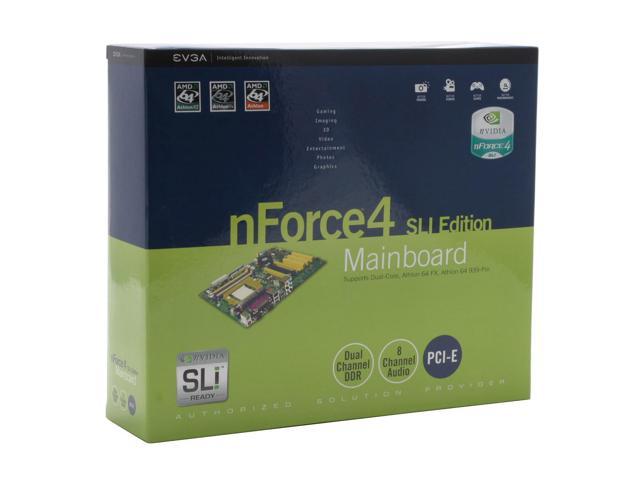 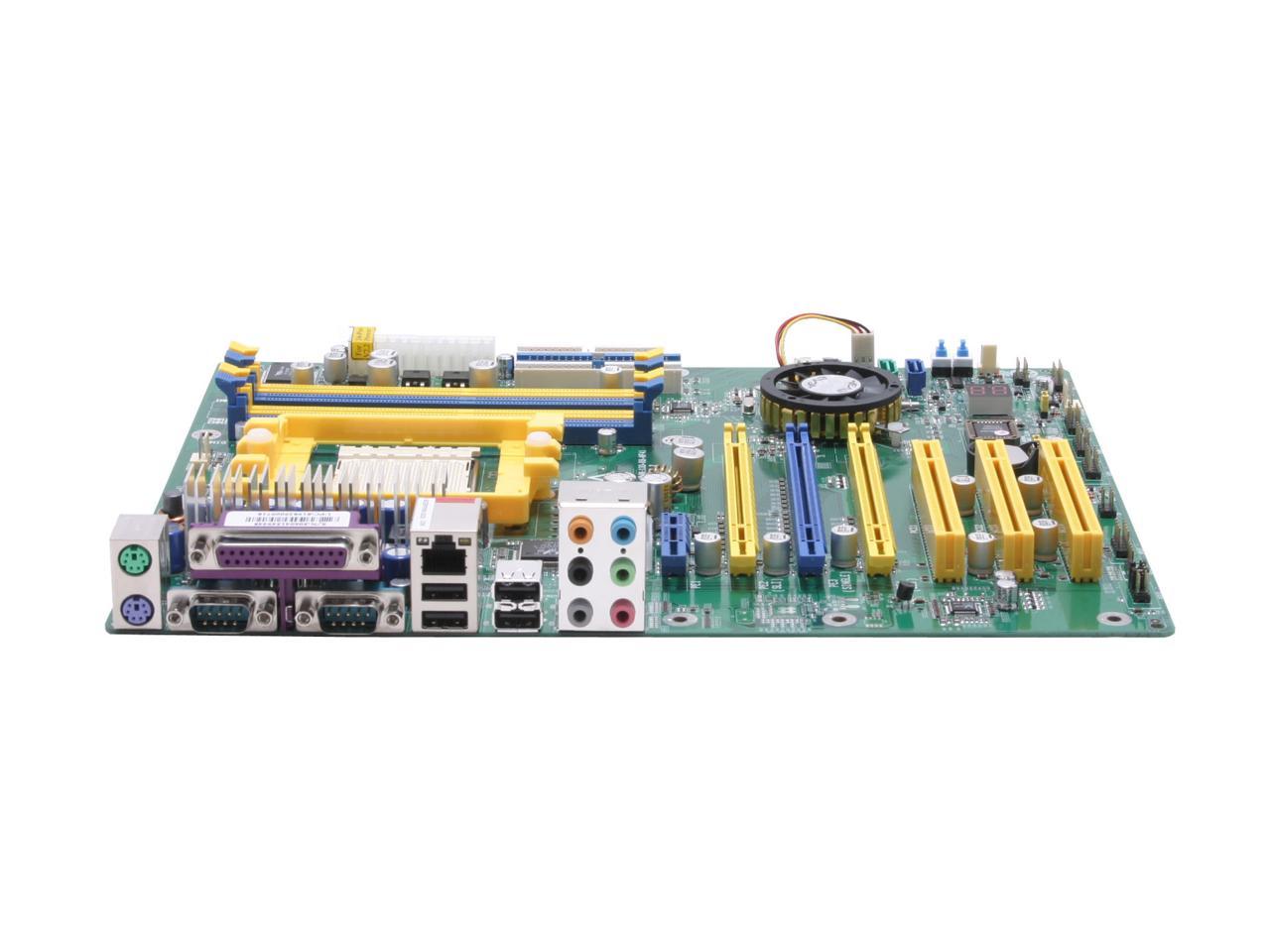 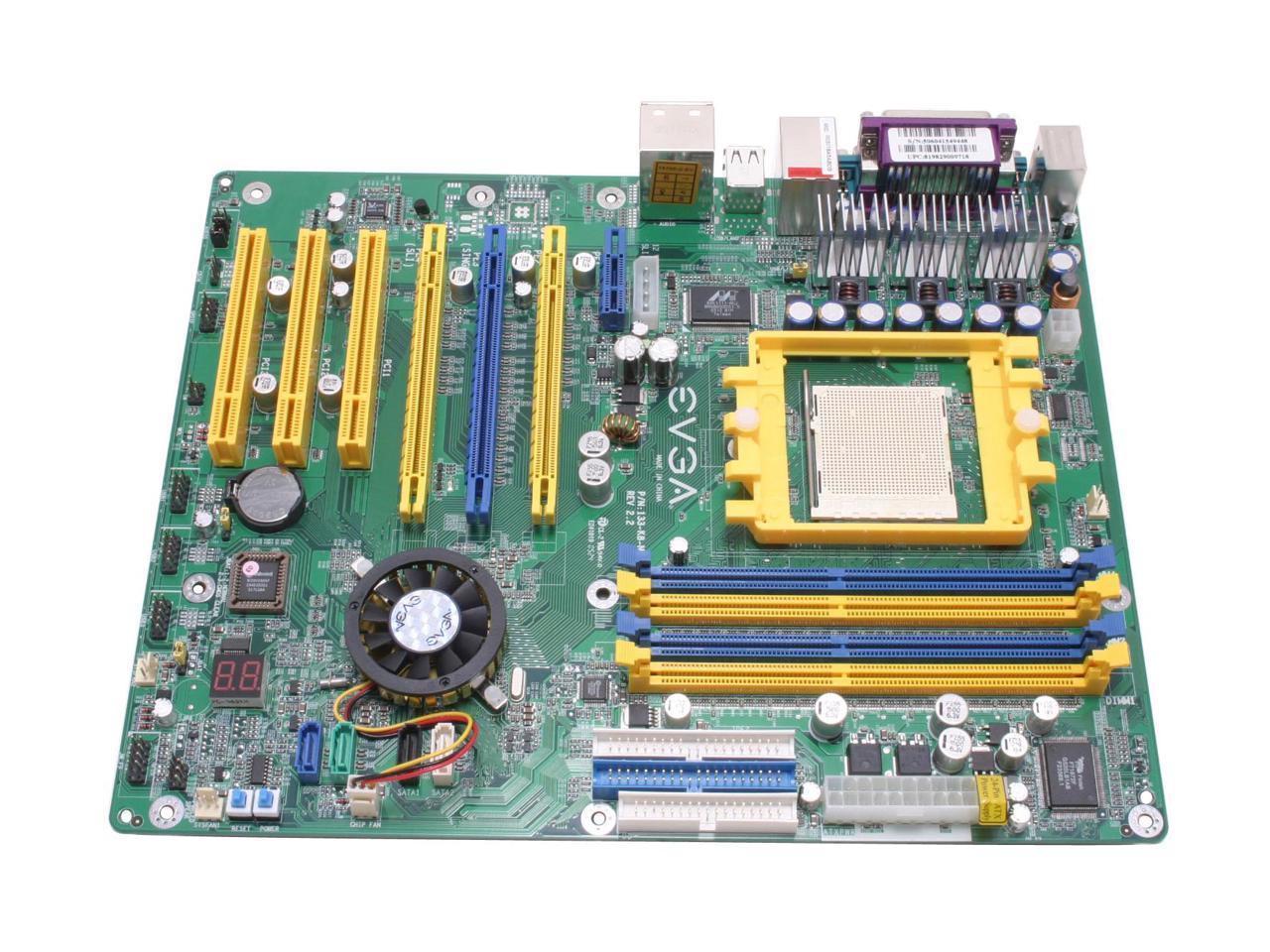 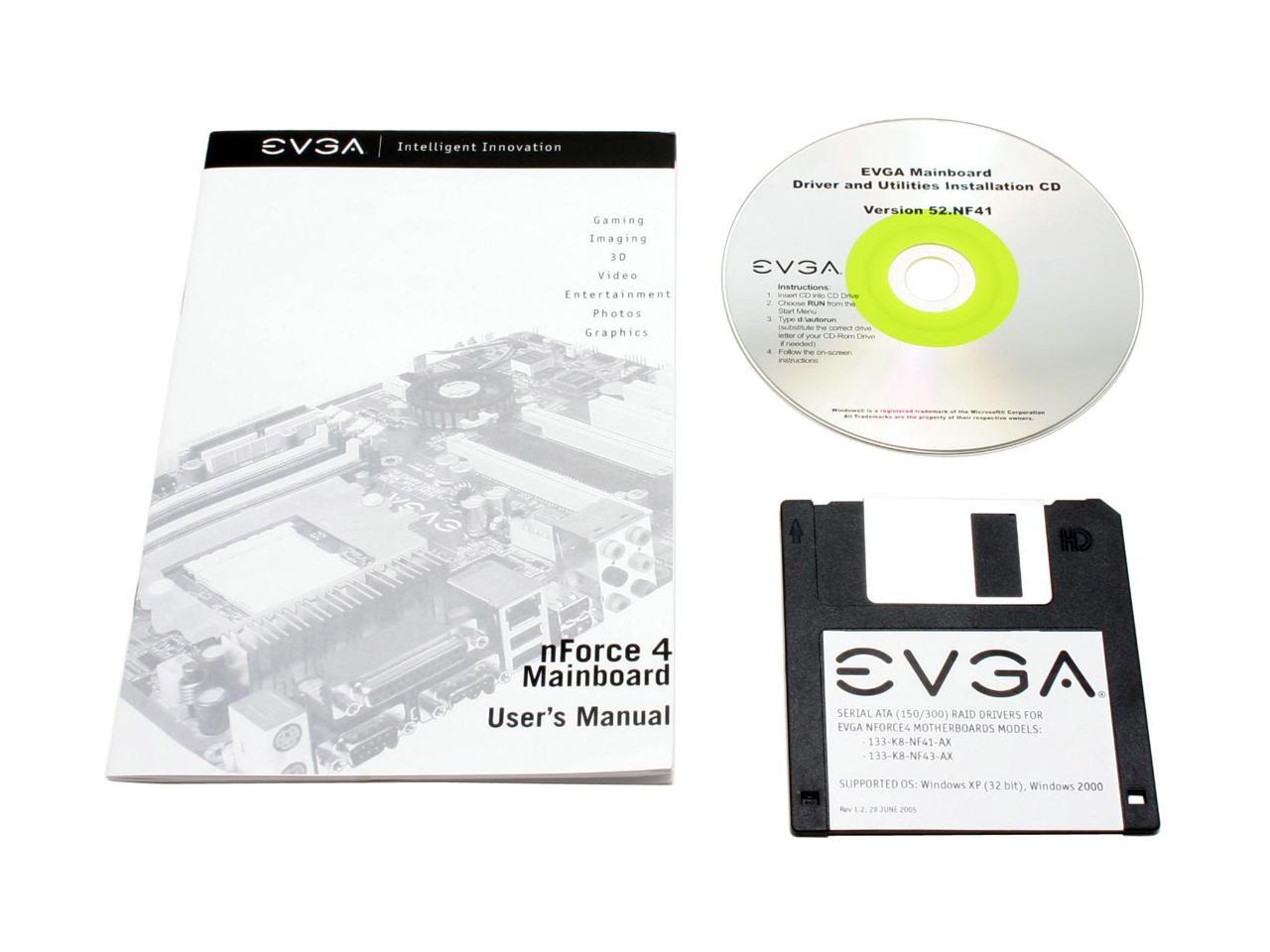 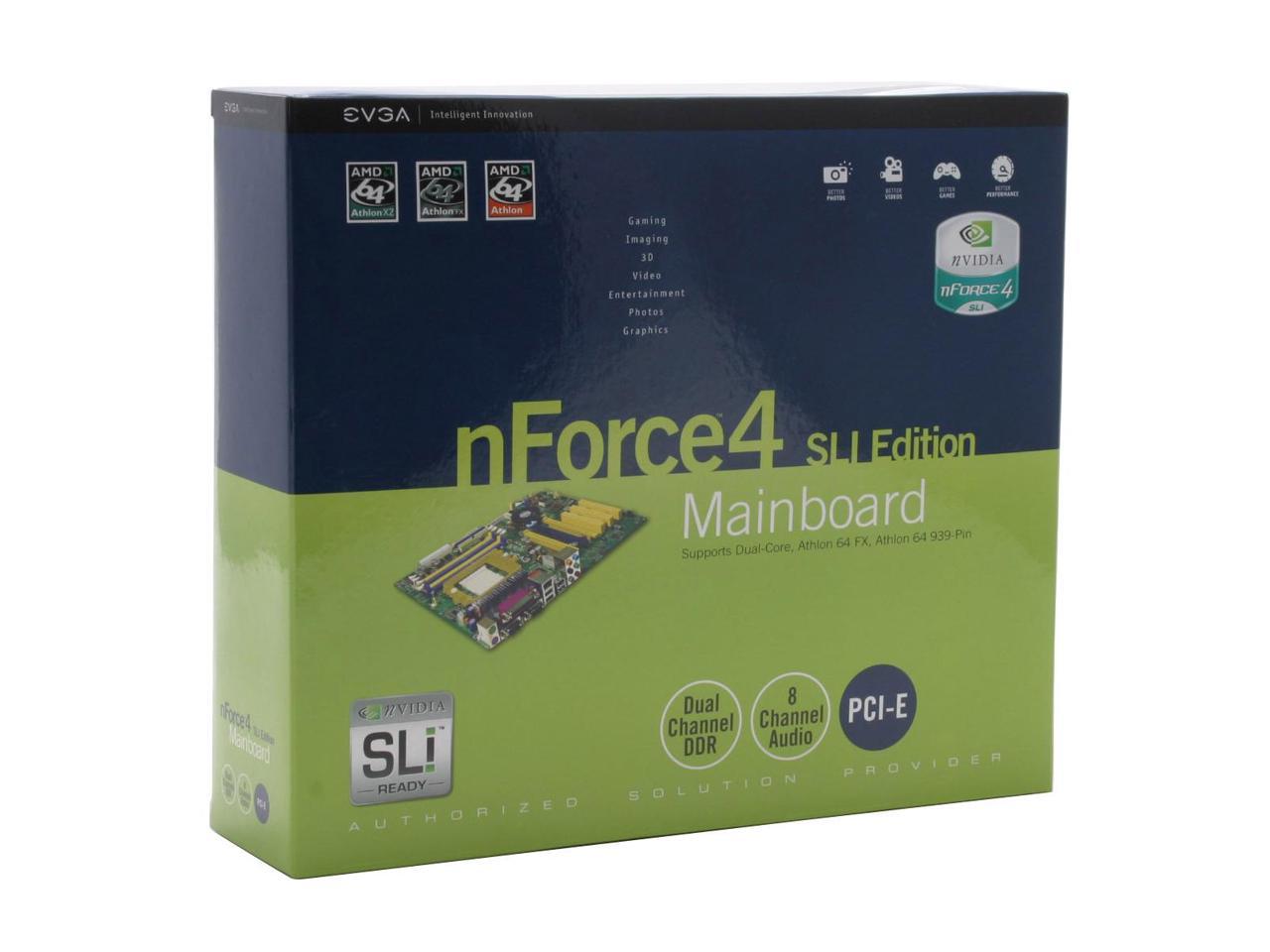 (248) Write a Review
OUT OF STOCK.
Specs
Reviews

Pros: So far, this has been the most exceptional mainboard i have ever purchased, i have purchased many many high end/ mid end boards before for many systems, some include asus, gigabyte, abit, soyo, msi, chaintech etc. recently, i had a gigabyte agp 939 board go dead and decided to upgrade to sli, the difference just for non-graphics based apps is incredible! I had the gigabyte cpu and bus slightly overclocked and have found this board to be noticably faster without overclocking! Even with the same processor being used, and same ocz memory, same drives and all. I recommend evga boards to anyone who has purchased the high end/ high cost boards and are tired of not getting your money's worth!

Cons: no firewire, which i can do without anyways, also, i feel the temperature sensors fluctuate incostistantly and do not provide accuracy, although, i have no proof except i used the same cpu and cooler and thermal paste in another mainboard which gave lower settings, i tried reinstalling and cleaning the paste to see if i got improper adhesion but it still shows to be incostistant results

Overall Review: Excluding petty cons, this board has been great, just have to see if it passes the test of time (knock on wood)

Pros: Great deal since I got it free with the eVGA nVidia 7800gt GFX card. Everything works great...Now. Comes with awesome cables, I have so much room in case because of them.

Cons: Took me like 4 tries to install XP SP 2 (with crashes and reboots)... I don't know if it was download corruption caused by the board, or Microsoft being lame. But eventually I got it installed, and since then it has been great. The manual sucks, I wouldnt recommend for a person doing their first build. The dual-channel memory directions in the manual are wrong, memory should be in slots 1/3 or 2/4, NOT in slots 1/2 or 3/4 like the manual says

Cons: The chipset cooler gets really hot when overclocking, but i think thats pretty standard with most nf4 boards. I was able to fit a custom water block and now it runs nice and cool. Also, the mosfet heat sinks get hot, obviously, so they need some air flow. I've got all water cooling so there is little to no air flow over the fets so i put a little ~12cfm 50mm cpu fan on them, and it seems to do the job fine, atleast @ 1.52v. There also seems to be some issues with running ram @ 1t and over 200fsb. I did NOT have that problem, as my OCZ 3200 plat 1gbx2 kit does 229 1t 2.5-3-3-6 @ 2.75v just fine. It seems that crucial ballistix can usually do 250-260 1t though. 7:8 & 3:4 memory dividers also does not seem to be supported. This MAY be fixed with a new bios, but there has not been any word of that yet.

Overall Review: The board was a little finiky as first, like for a a few hours when i was seeing how far i could push it, it would boot, but would not display the bios, or any info after the post until it hit a windows splash screen. Very weird. Gave up the 1st day, and it seems all my problems just vanished when day 2 came along.

Pros: I am really impressed with the features that this mobo presents. It supports SLI, X2 processors, and SATA RAID right out of the box, (even though the manual states that you must install the RAID drivers from their included floppy) and has plenty of PCI and PCIE slots. The board is very well made, and I have run into no problems with it so far. It has 4 RAM slots, but that is pretty standard anymore. (My previous mobo only had 2...) Just overall an awesome deal for the budget minded and deal hunters.

Cons: There is, as already previously mentioned, no firewire port. (But my soundcard has one, so no big deal) The manual was a bit dated, and gave some incorrect information regarding the RAM slots and SATA ports. (just mis-numbering)

Overall Review: If you are looking to get an SLI capable rig and a great 7800GT, then look no further, Newegg has you covered!

Pros: Where to start. Comes with lots of accecories, roung cables are nice and really improve airflow. Sata cables are nice too. Motherboard itself is amazing. Booted first time NP. Autodetecded my ram @ CL 2.5 had to manual adjust it to 2 but that took all of ten microseconds. Post data on MB in nice. Everyone is like AHHH this hates patriot ram but i havent had a single problem. to run dual channel you have to have ram in slots 1,3 or 2,4 thats where people might have gotten confused. Fast board. Cool too stock cooling with 3 case fans my proc idles @ 31C load @ 40C.

Cons: PCI X 16 slot for single card is rught over the chipset fan and the gpu rests on it but its doesnt do it any harm. Overclocking utility in BIOS leaves something to be desired. First time i tried to OC comp would boot but there would be no image on the monitor. Had to reset CMOS and then resetall my bios settings. Kind of a pain in the A-hole even though it only took like 5 mins.

Overall Review: EVGA logo on boot is really annoying and people seemto complain about in in thier reviews. There is this option in BIOS that says "Disable EVGA boot screen" If you change that to disable that giess what happens. BYE BYE splash screen problem fixed. If you fooled around for like two seconds before writing your review you could have saved us from your complaining. If you planon building a hard core gamming rig like i have go with at least a mid tower case for airflow and get case fans... lost of them. Then we wont have to hear you people complain how hot your comp runs. And does it matter that is sounds like a 747 on take off just get a decent 5.1 surround systemand belive me you will never even hear it. And if it will disrupt your sleep or whatever consider um... SHUTTING IT OFF. Running 4400 X2 2 gigs patriot ram dual channel XFX 7900GTE WD 250Gig sata 3.0. I can play any game maxed @1280*1024 with 8X AA and 16XAF without the slightest hickup.

Cons: Nforce Chipset location( the chipset heatsink/fan is partially covered by the video card) Manual sucks: its wrong on a lot of little things, for example, SATA 1 and 2 on the motherboard are listed as SATA 3 and 4 in the manual, the DIMM locations on the motherboard are also oposite of what is in the manual. Other little things. This wont be a problem for experienced builders, but it may be for noobs.

Overall Review: This is a great board for the PRICE! Really, if your looking to build a new machine and are aiming for a 7800GT vid card, jump on this deal. This board has worked flawlessly so far and is on par with any ASUS, MSI, OR ABIT mobo I have owned! Highly recomended.

Cons: Incredibly diffcult to find a motherboard monitor that will report accurate temps from this board (if they even report at all). I've had some limited success with MyGuard (available from Jetway) and Speedfan.

Overall Review: Doesn't score quite as high in synthetic benchmarks as ASUS flagship boards... but people that get this board are generally more concerned with value than with all-out performance, anyway. For a lower-tier manufacturer, this board is an unbelievable performer. And for the record, this is NOT a "rebranded" Jetway... eVGA contracted Jetway to make the boards TO THEIR SPECS. Nothing but top-quality components here.

Pros: The layout is fairly simple, the BIOS is easy to navigate [but somewhat dated].

Cons: There are not enough power ports for extra fans [only 3], and the pins can get quite annoying.

Overall Review: It's great for beginners and stuff.