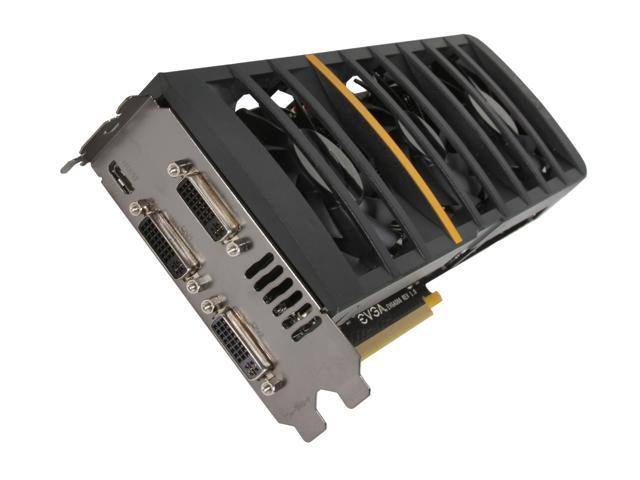 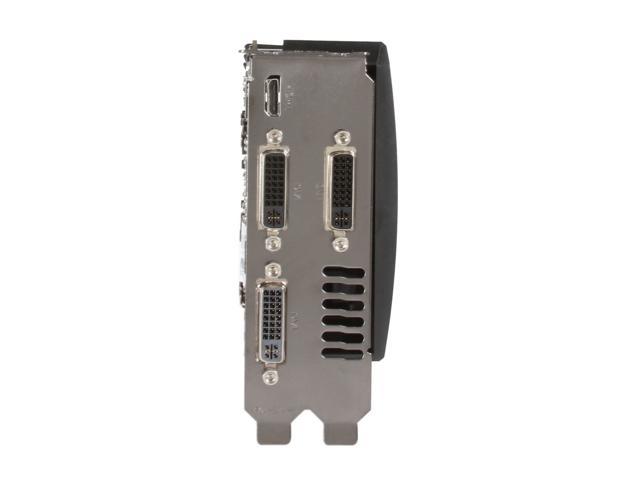 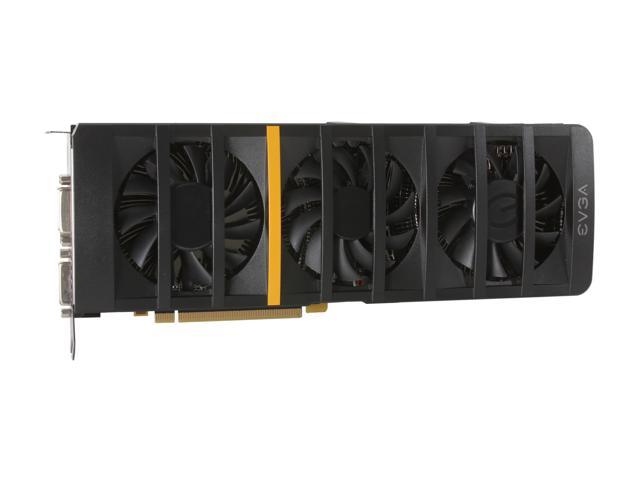 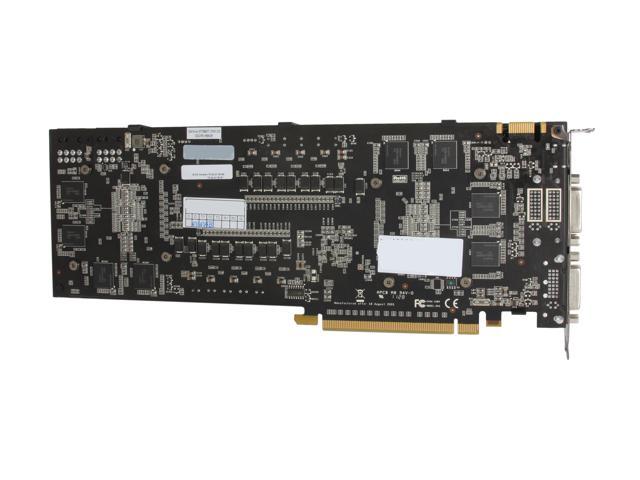 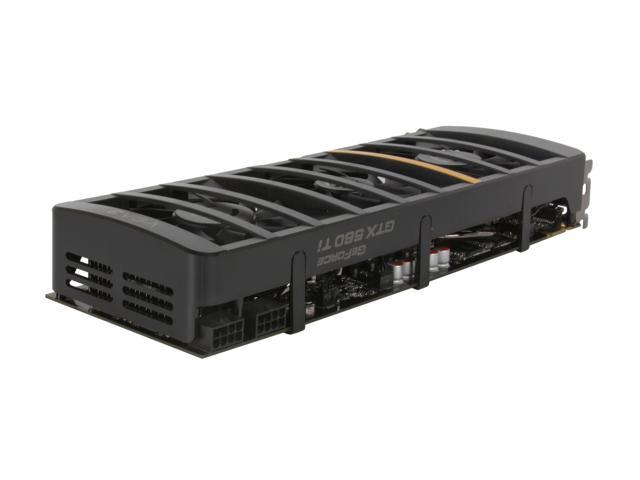 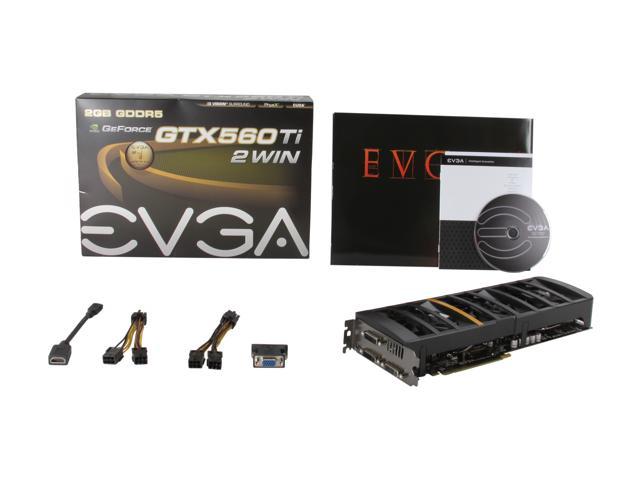 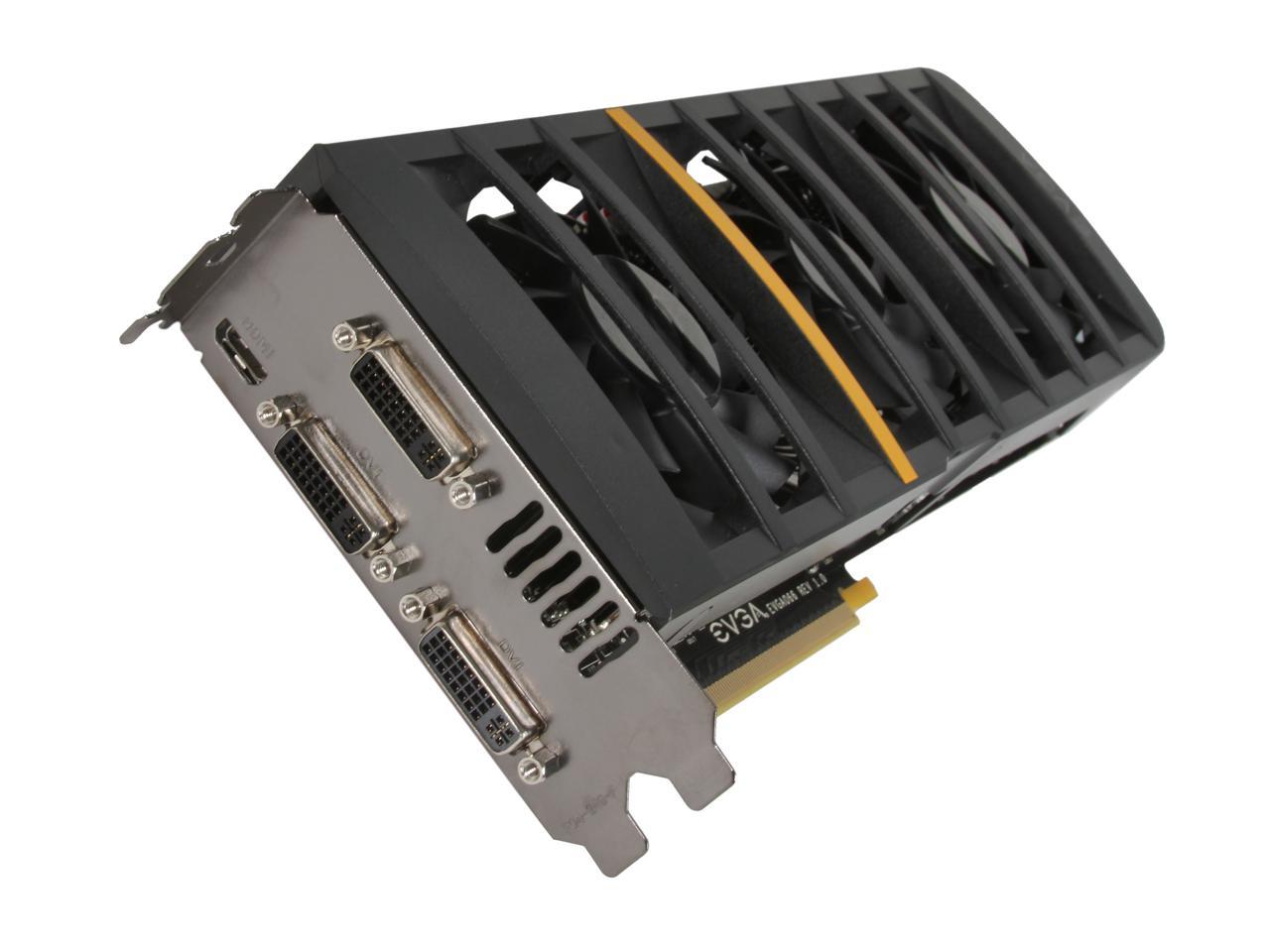 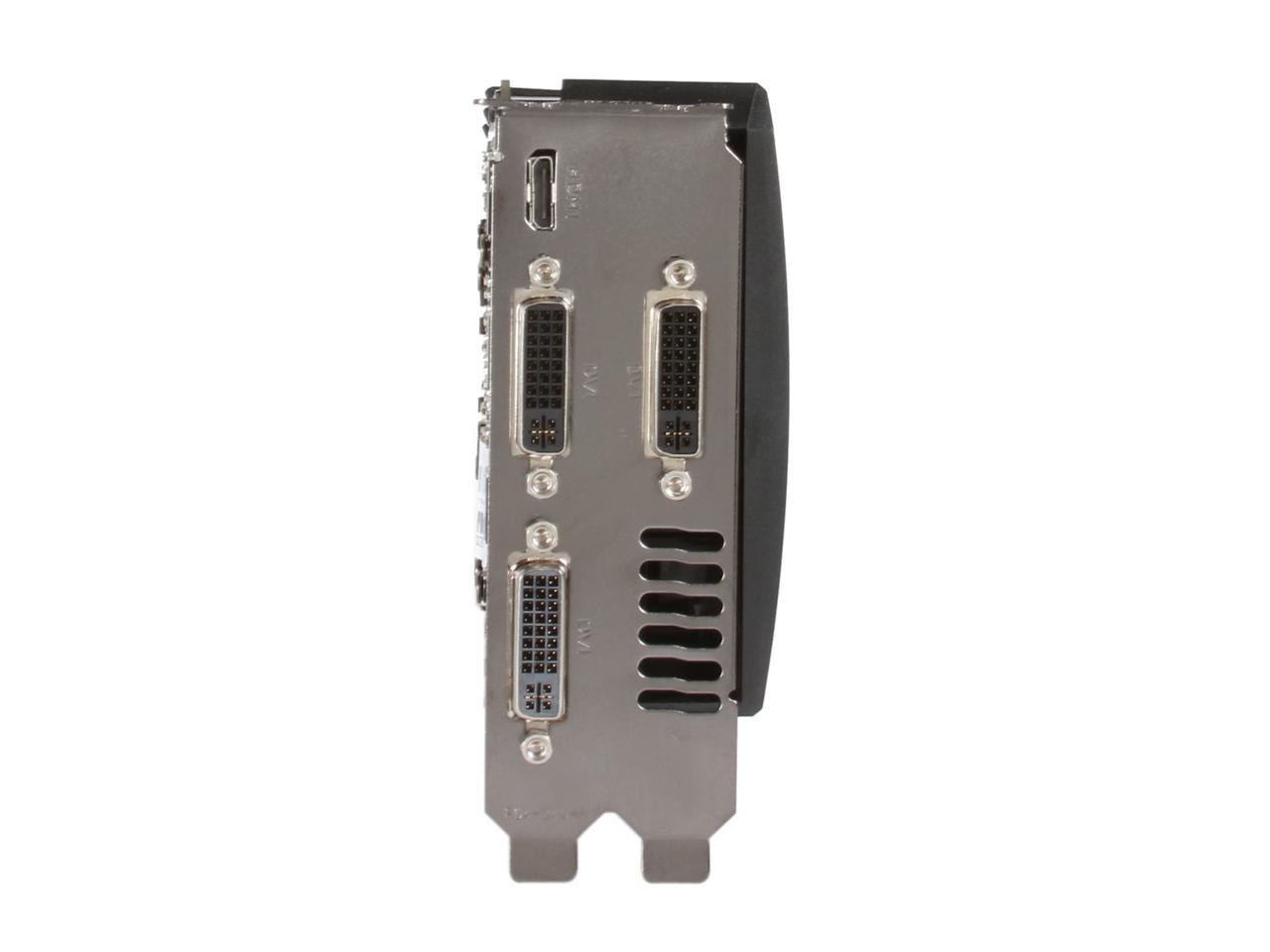 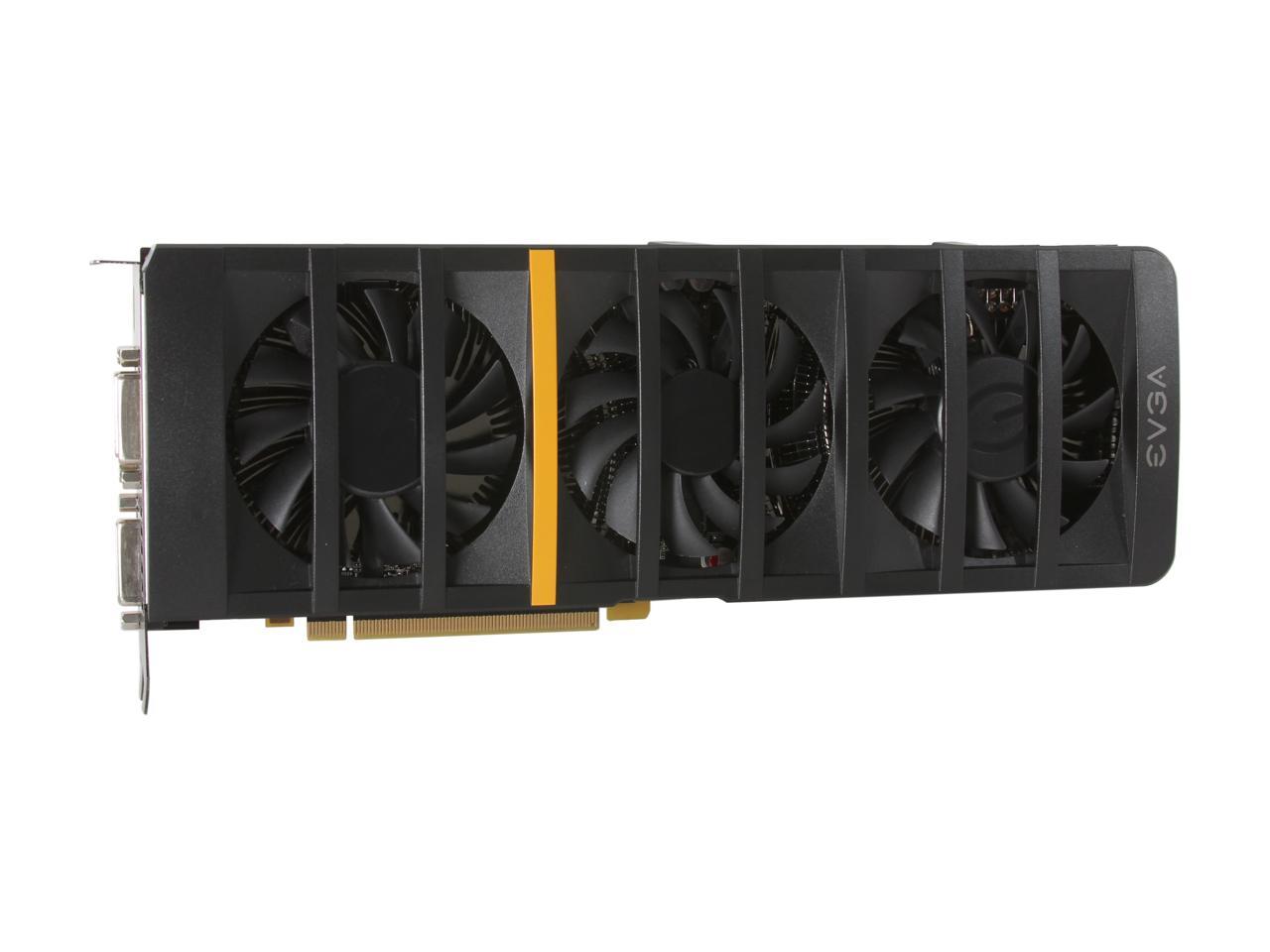 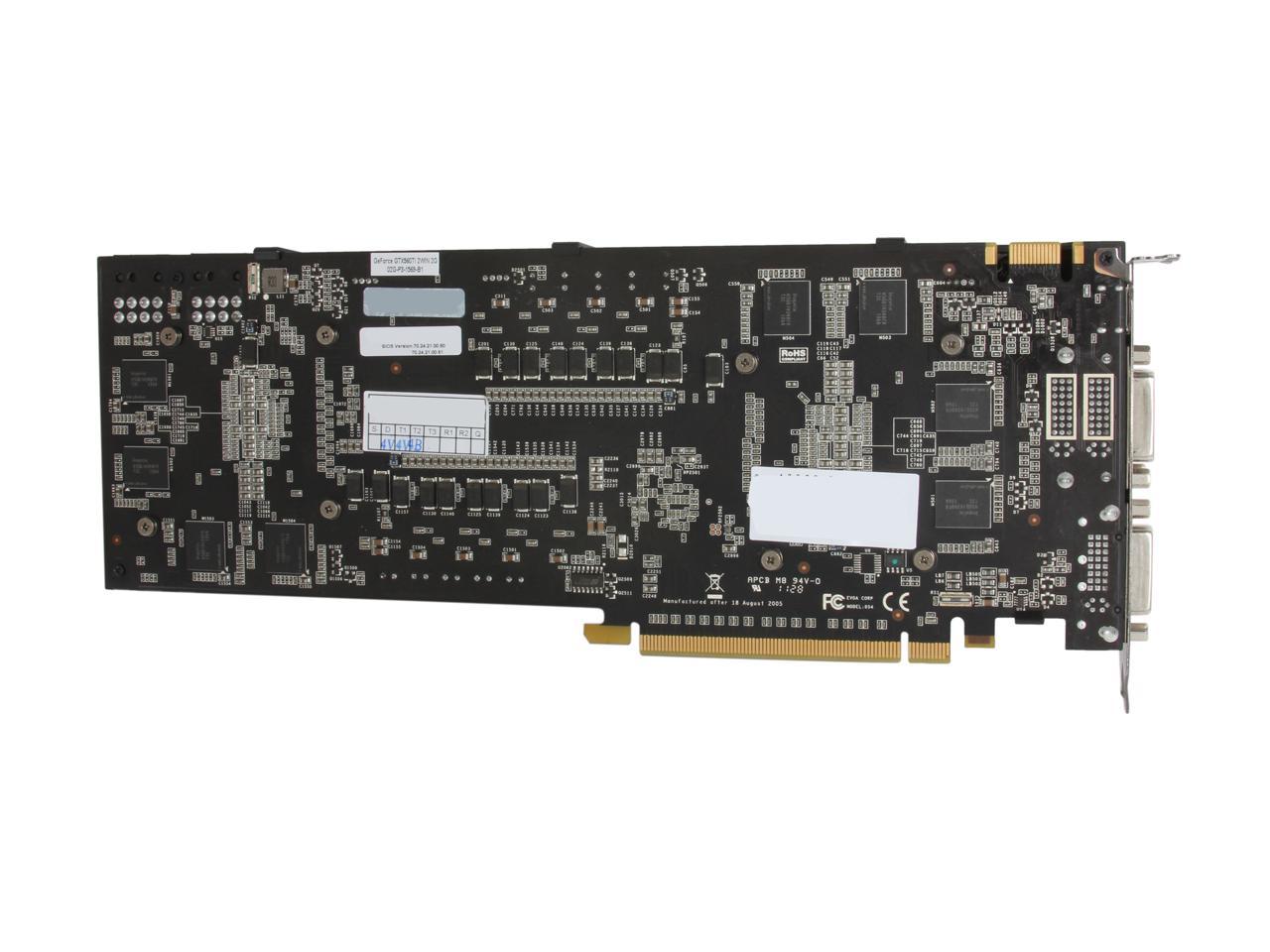 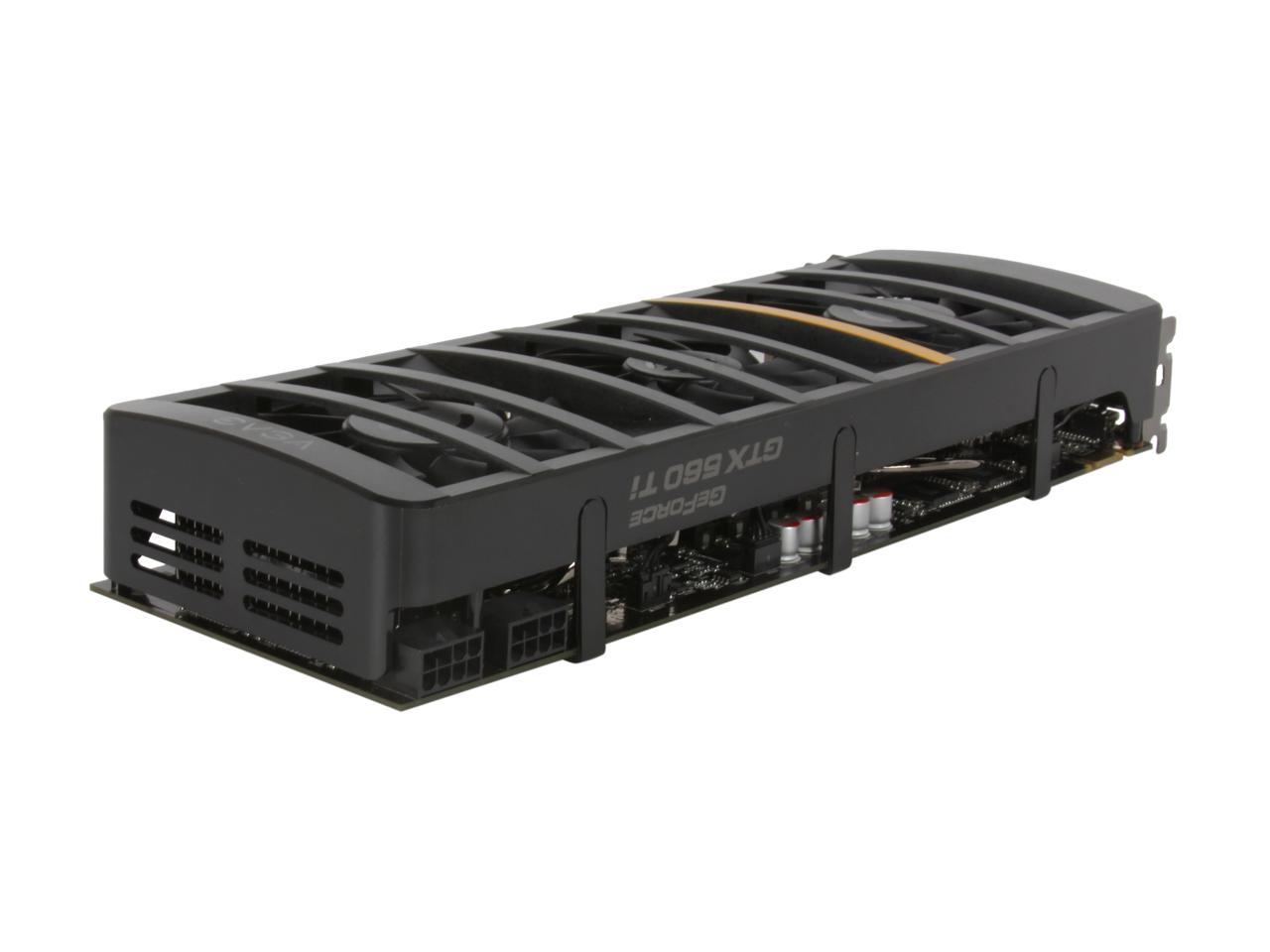 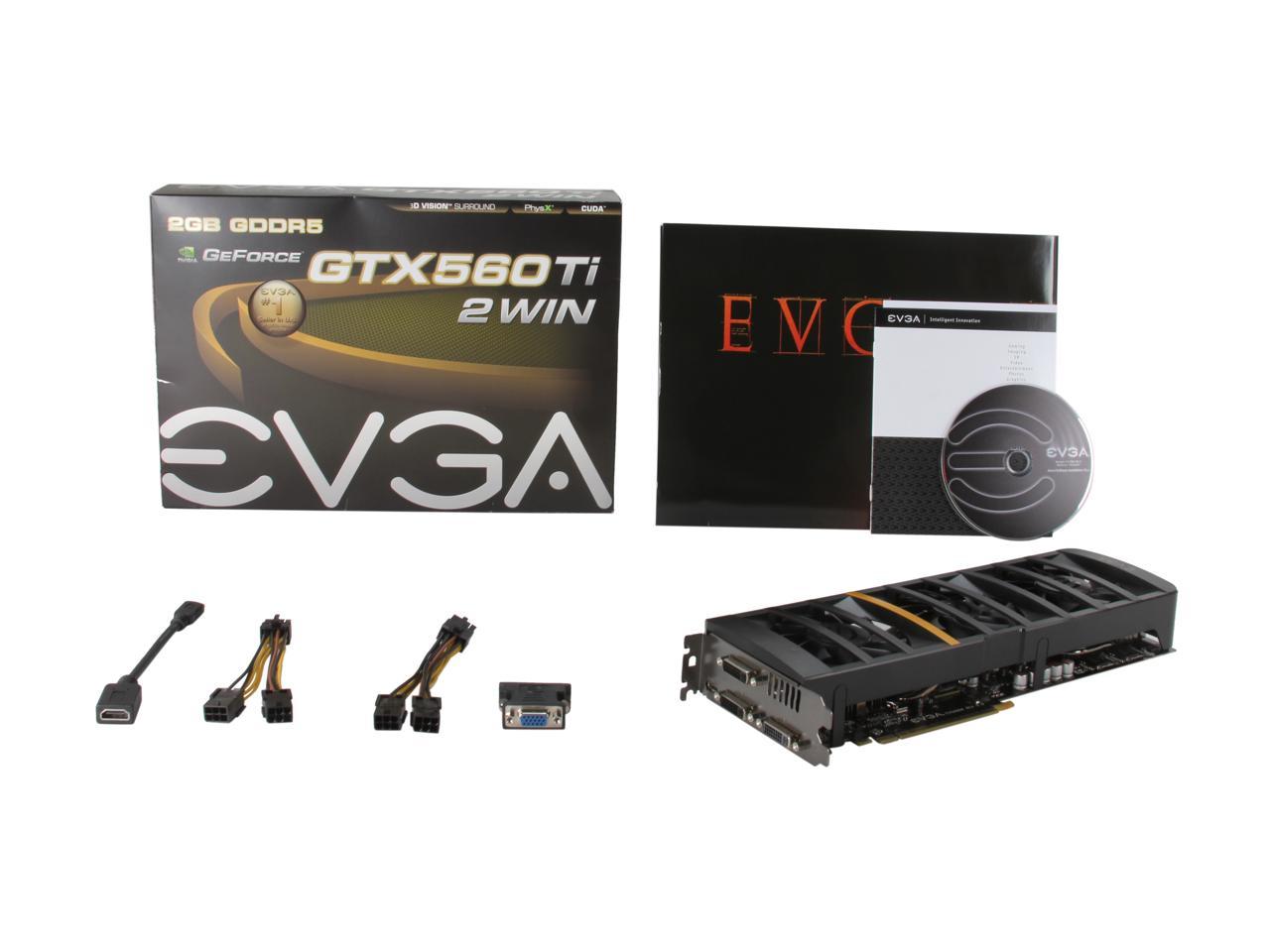 Pros: I know alot of people have been upset about this card not having sli, but I mean come on; thats hardly anything to give it one star over or to dumb it out completely, especially since its "already" in sli. Even if you still have it as one card you still need to turn on sli to run it at its full potential. Another thing to think about is that this card could be more of a solution to those who have motherboards with only one card slot. It gives them the ability to have the same power of sli without the need of two cards such as myself. Another thing people have been getting on is that each gpu on this card only has 1gb each. Now everyone knows when they say 2gb its only really 1gb because each card in sli is only going to use half, but I mean think about it. If you have a Gtx 460 1gb vs a gtx 560 1gb, the 560 naturally gives more performance, yet...oh wait... they both have 1gb of vram; obviously there is some other factor there more important then the vram at this point.

Cons: Personally, yes it would be nice if it was able to be sli'd like many people wish to, but that doesn't make it so big a negative to thrash the card itself. Though I think keeping the pcb for sli when its not going to be used is retarted, now if they plan to make it useful with an patch or something then ok, its all good. If not...its just cruel teasing to the sli fanatics and those wanting even more of an edge. Though there aren't enough games to push the 1gb vram over, its still good. Everyone makes it seem like 1gb makes the game completely unplayable. The vram is like the ram in on your motherboard, doesnt matter how good it is if the cpu isn't up to par and thats what mostly everyone is dealing with. Now there will come a time where 1gb just wont be enough, but when that time comes then I'm sure they will only make 2gb - 3gb cards only. Until then, everyone should really get their info straight. I had to go through alot of bull articles and comments to get the right info.

Pros: Single-card SLI, and all the benefits that come with it, including of course performance.

Cons: Price. It is reasonable, essentially the price of two single-560ti cards, plus slightly more for the single-card convenience. On the plus side, the price is equivalent to the GTX 580, and the GTX 560 ti 2win outperforms it. But, it is still probably beyond the budget range of many.

Overall Review: As I understand it, only the GTX 480 and GTX 580 are capable of Quad-SLI (as of this writing). And so of course, a dual-560ti setup which is already SLI will not have the capability of pairing with another of its kind. It should certainly not be downrated because it can't do something it was never intended to do. (1 egg because it can't go 8-way SLI, or 16-way? Makes just as much sense.)

Pros: The GTX 560 Ti 2win is an awesome card. Lots of performance for one card. The only game I've tested is Skyrim. Currently running at all settings maxed 2560X1600 around 50-60 FPS. With a Q9450 and 8Gb of DDR3. Windows index of 7.9 With a old Motherboard and CPU this card still very very fast.

Cons: The only reason this card did not get 5 eggs is the software. After talking to EVGA support(which is amazing) you need a SLI profile for the game. So if the program does not have a supported SLI profile the program will only see one 560 Ti GPU. As far as the futuremark benchmark programs the 3Dmark 06 and 3d Mark 11 only sees 1 GPU. As soon as a new driver is released im sure will fix all of the issues with this card.

Overall Review: The only other thoughts that i would have on this card would be the power. This card needs ALOT of power. 700 watts AND you need you 12v rail to provide 50Amps. That was the only other problem i ran into besides the drivers. And that was the a problem with the card rather a issue with the PSU. After talking to EVGA support theres no support for Quad Sli. BUT there still is a Sli brige connecter so the hardware compatability is there just need a good Firmware update in the future.

Pros: Great alternative for those of us that can't run SLI on our current setups. The extra cost is worth it IMO to not have to upgrade additional hardware while still seeing the benefits of SLI performance. Card is well cooled, well clocked, and is pretty quiet for having 3 fans attached to it. Three DVI outputs and a Mini-HDMI output will allow for you to setup just about any display configuration. Handles all games to date without issue even at highest settings if using only a single monitor when gaming. Arkham city tested at 35FPS average @ 1080P res with everything on high, 32xAA and Physics on high. If you've been wanting an SLI setup but don't want to spend the time upgrading hardware than this is the card for you. I would not recommend this card for users attempting to run Nvidia 3d Surround.

Cons: Large and power hungry. I would not suggest this card unless you're running a full size ATX tower and at least a 700-750W PSU with a 50A rail available. I had to upgrade to a full sized ATX case due to the card running in to my hard drives in my mid-size tower (granted there's 6 HDD's) I also had to upgrade my power supply, my original 650 watt had the 50A rail available to it but with the extra hardware in my case it would not come close to supporting my HDD's as well as this beast of a card. I have a friend who runs the same card using 3D Vision, the problem he runs in to when gaming is the lack of VRAM available to the card. Since the card only has 2GB available VRAM total, it tends to perform poorly in more resource demanding games.(BF3, Arkham City) If you are looking for a 3D vision setup your best bet is true SLI using 2x580's or 2x590's.

Overall Review: All in all a great card for the cost and for it's applications. If you're looking for a performance card without putting money in to other pieces of performance hardware than this is the card for you. It does cost more than a standard 560 SLI setup would run you, but you also don't need a board that supports SLI to run this card, saving you money if this is your current situation. If you can afford the additional performance hardware, or if you're current board supports SLI already I would suggest going to a true SLI setup as you will have more flexibility and updatability.

Pros: Just barely fitted into my Silverstone SG07, but I knew I was looking for trouble when I started the upgrade project. Runs with no issues on the original 600W power supply, even with a Core i7 875K @ 3.72 GHz as its neighbor.

Cons: None yet, and I don't see any of the signs that the system is about to burn up.

Pros: Why post if you dont own one or use one. The card doesnt come with room service as well... 1egg. This card was designed for a specific application. Sure it be nice to have 4 of these running sli but they werent designed for that nor at the moment is anything else, because that would be like octa-sli

Cons: Newegg should allow an EGG ratting for non owners, sure allow comments, but not an EGG rating unless you actually own/use something. I know it is impossible, just saying

Pros: Finally an NVideo Card that will do 3 monitors. You need more!!! With a nice Mother Board like an EVGA P55 Classified 200 you need to fill it up properly!

Cons: NOT CHEAP!! But still Cheaper than my 2 EVGA 570 Classified

Pros: I bought this about 2 weeks ago, to build my new gaming machine. it works right out from box! no RMA needed. even i didn't OC my GPU, but runs SWTOR in full setting smoothly!!!!!

Cons: none. no RMA, works right out from box.