FREE SHIPPING
Sold by: Newegg
Shipped by Newegg
Newegg’s gift-wrap service is the ideal solution for making your gift special! Select your item as a gift, then add your message. Your gift will also be discreet with no prices being included on the packing slip.
Price Alert
Add To ListFound on 7 wish lists 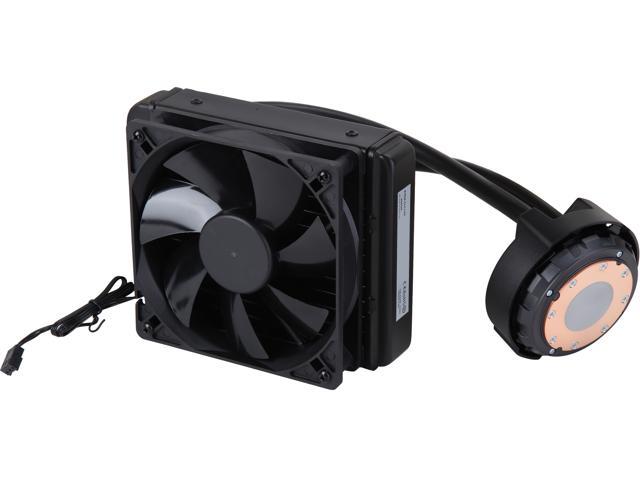 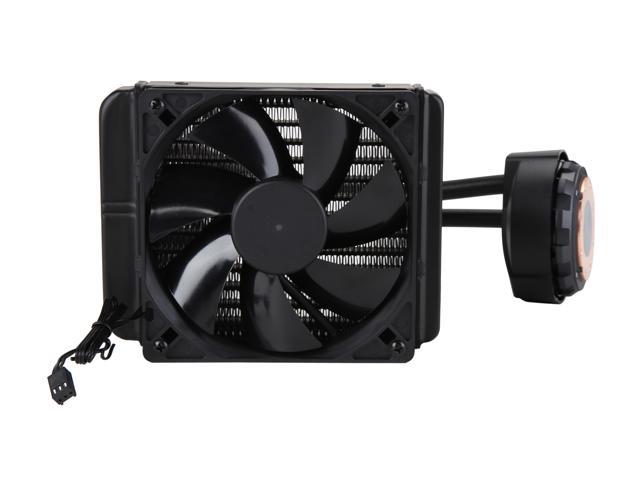 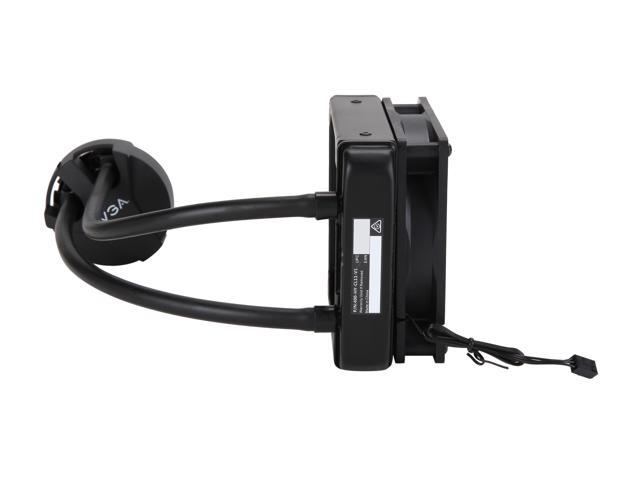 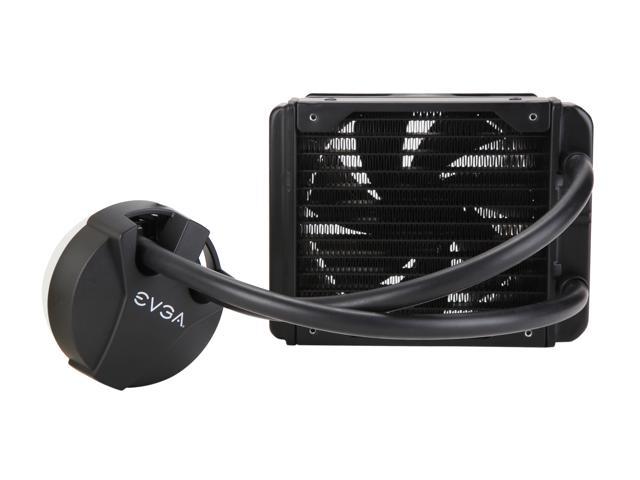 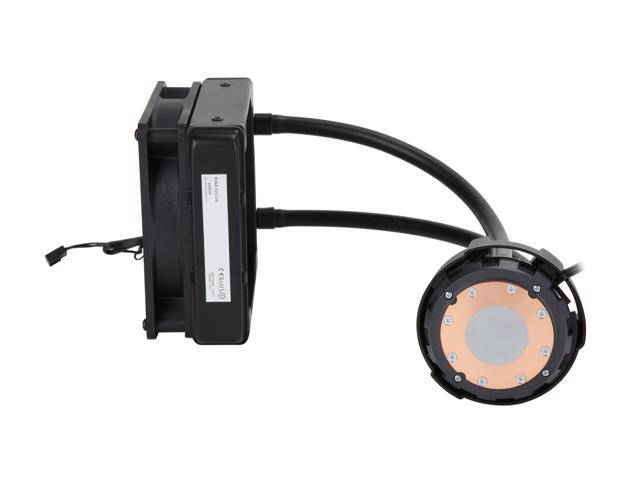 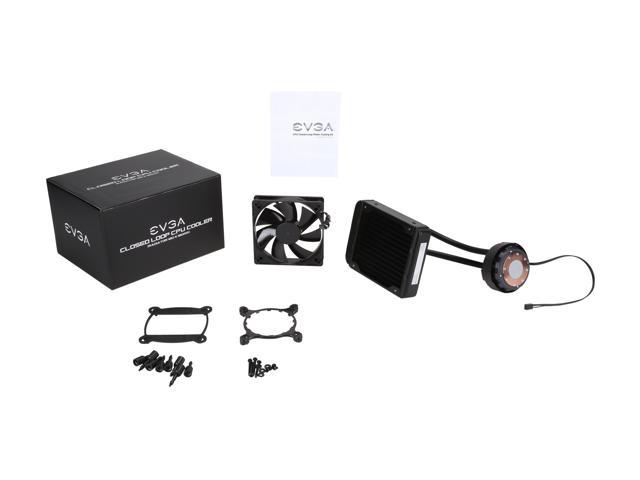 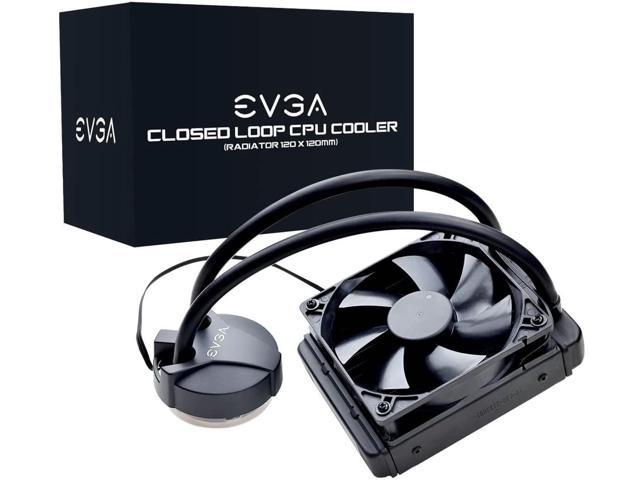 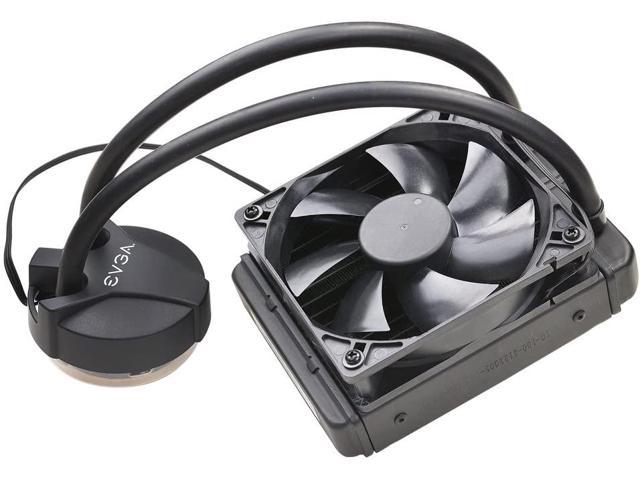 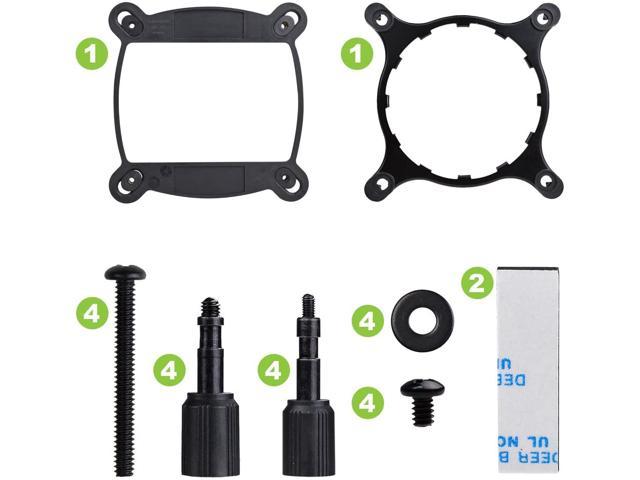 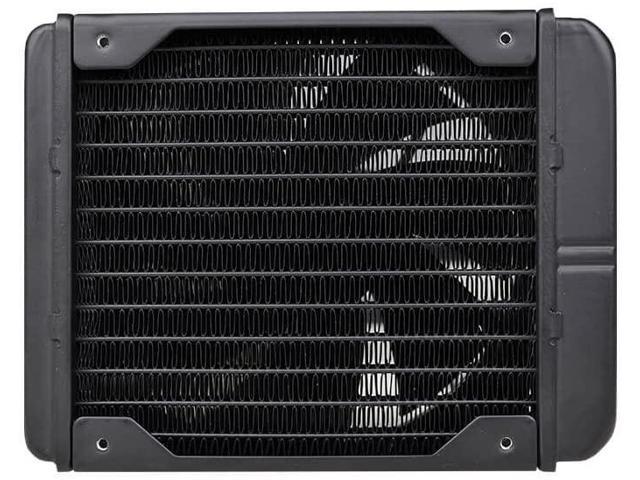 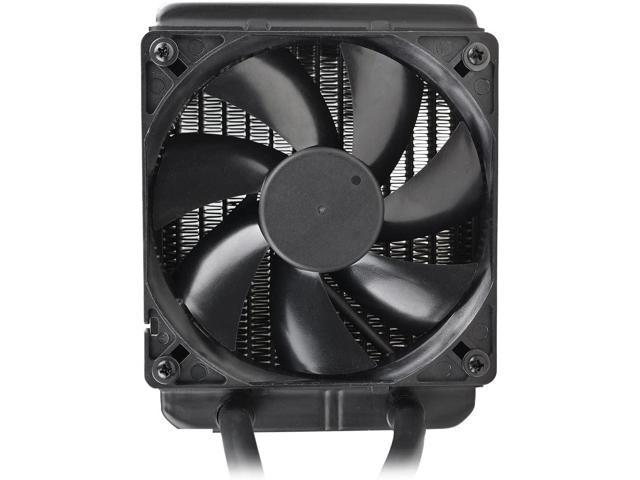 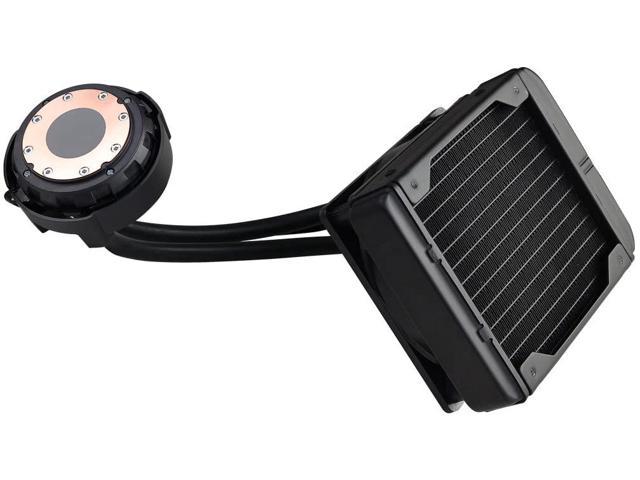 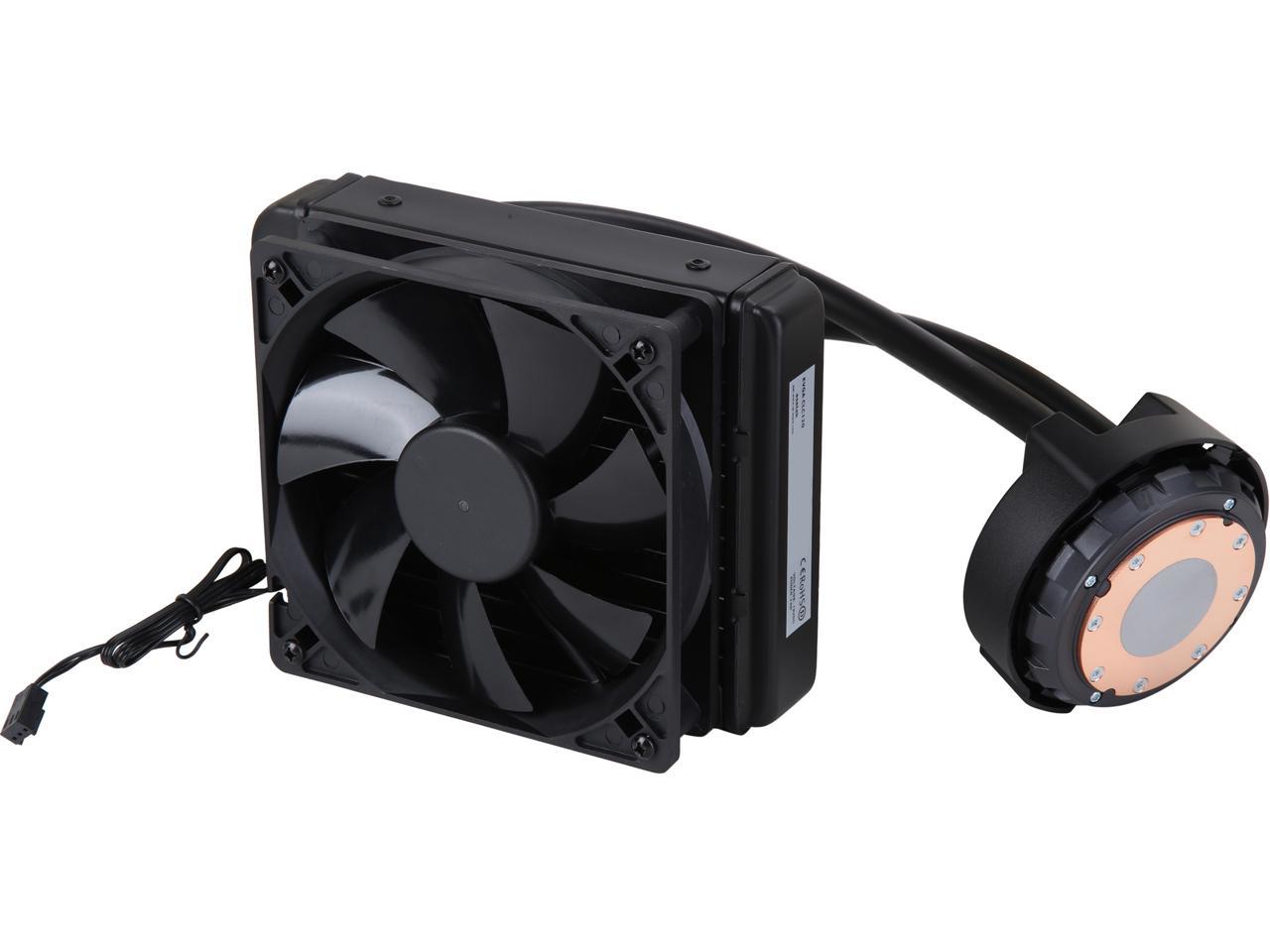 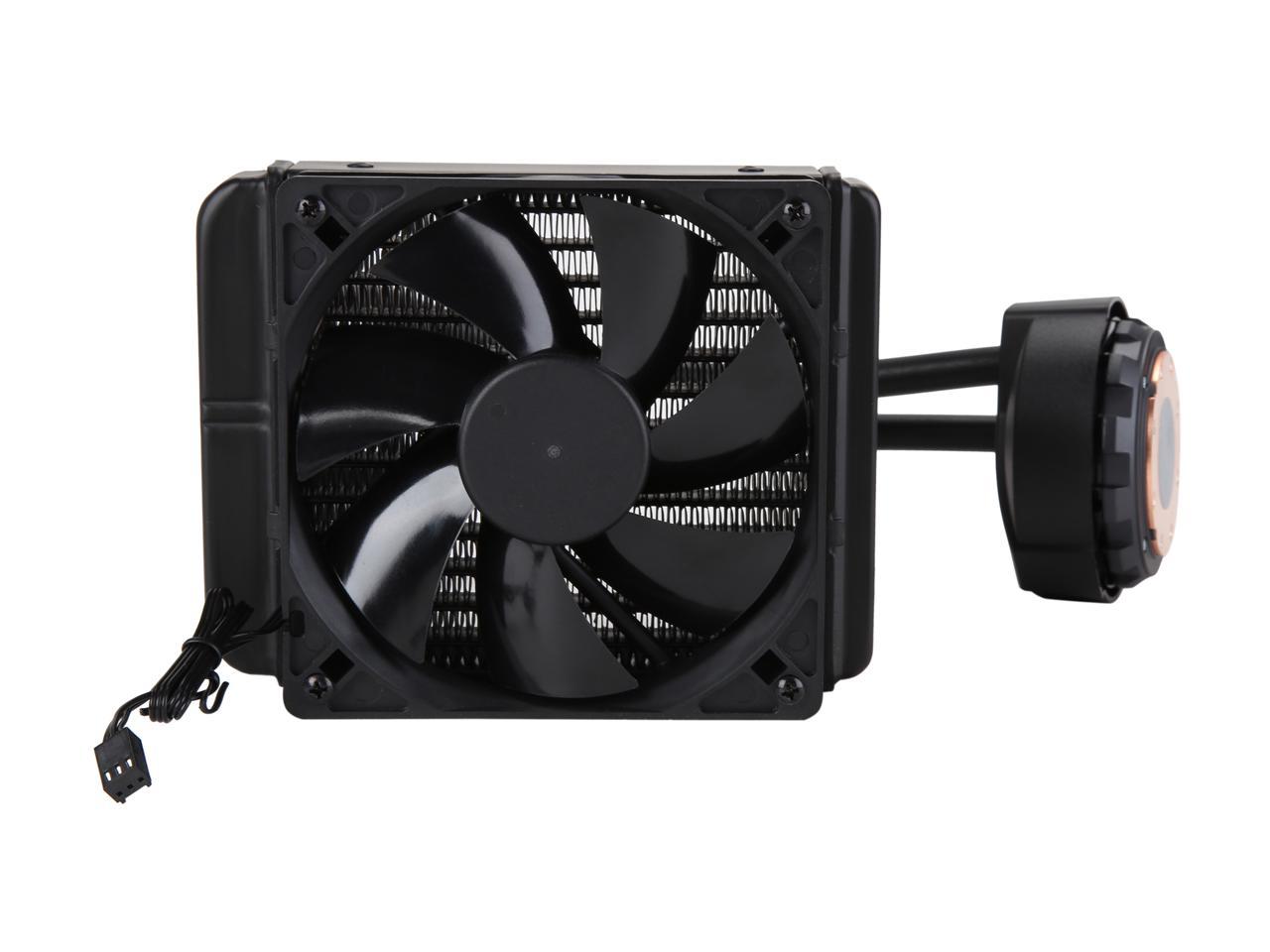 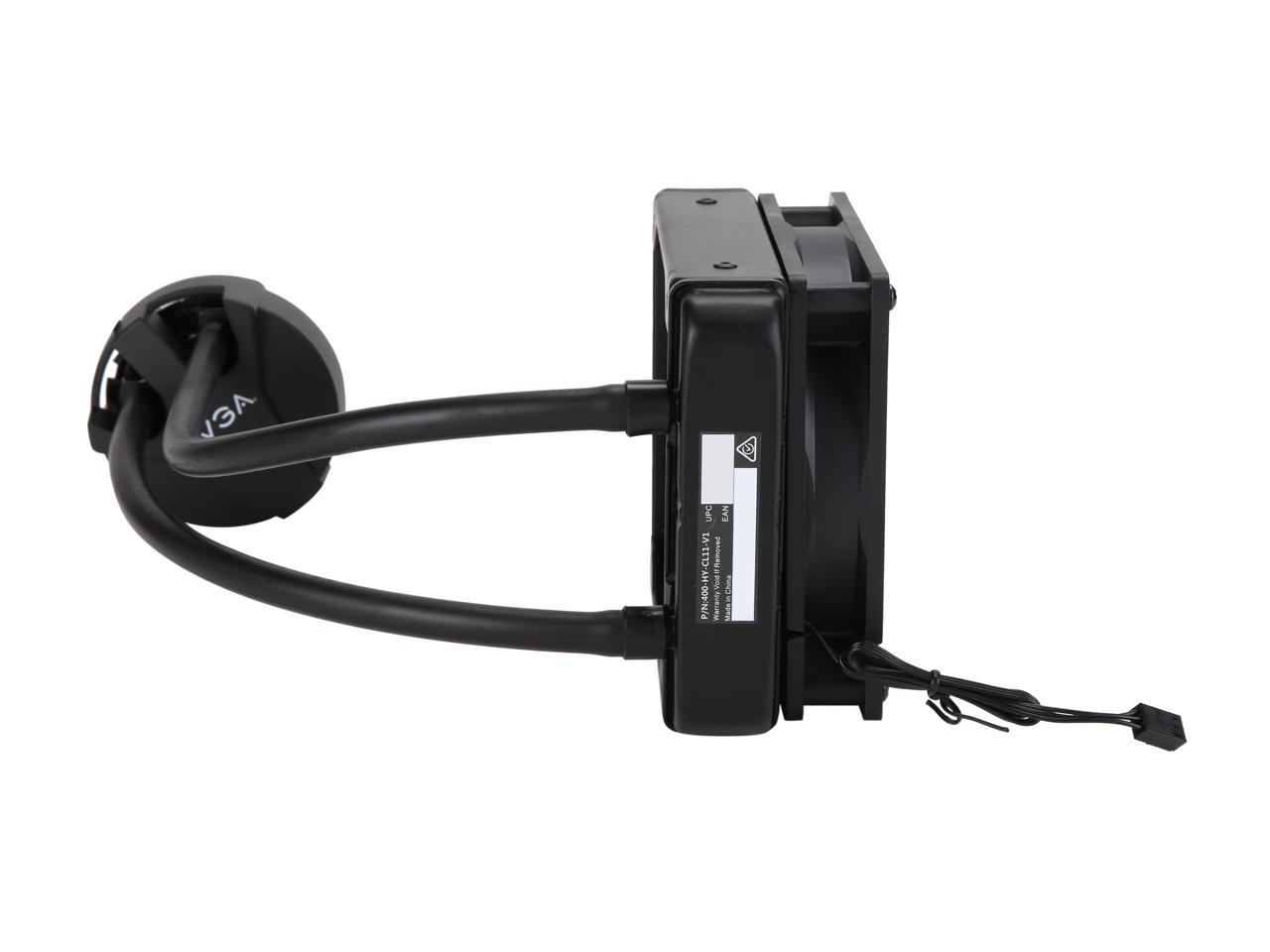 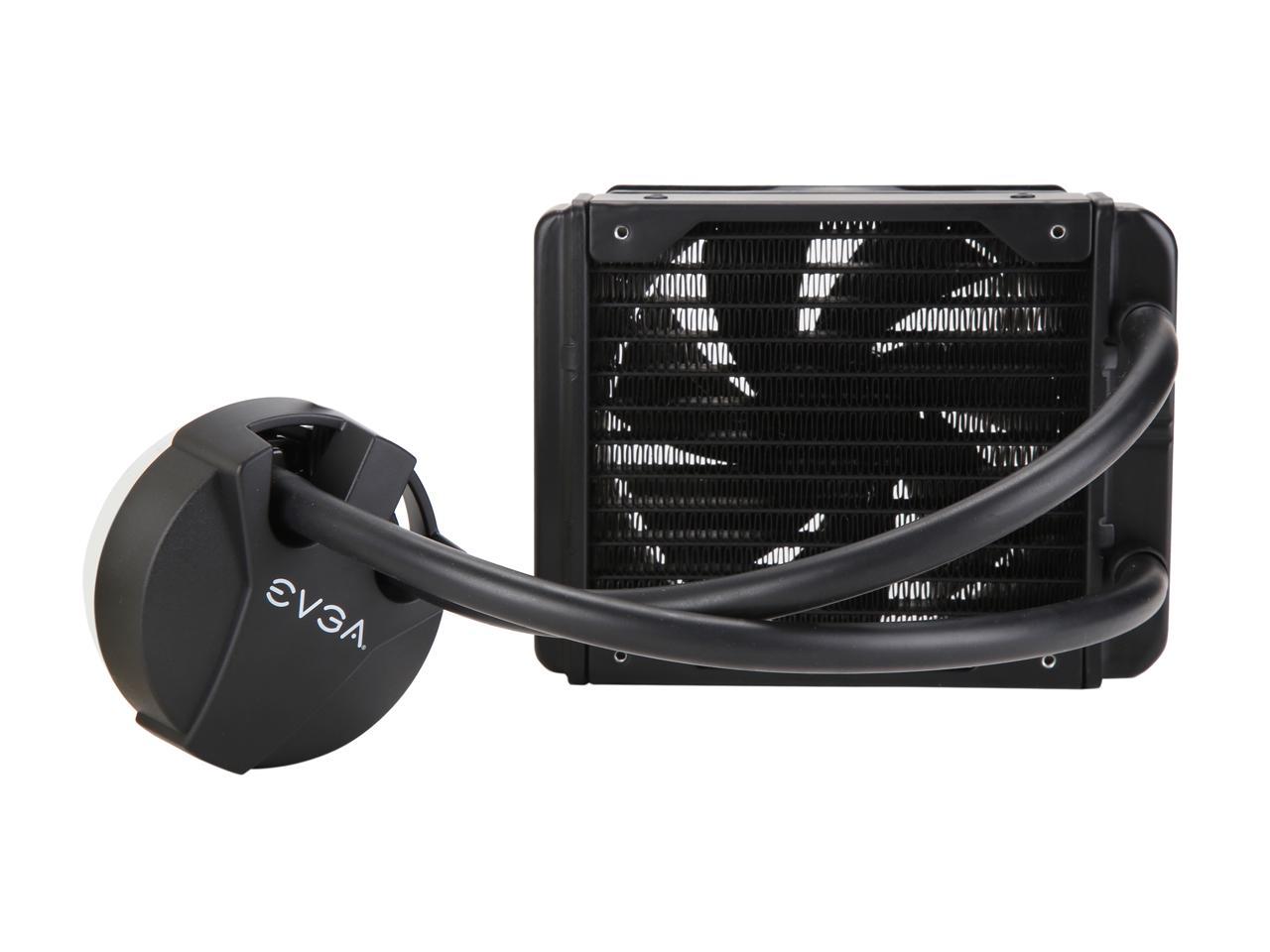 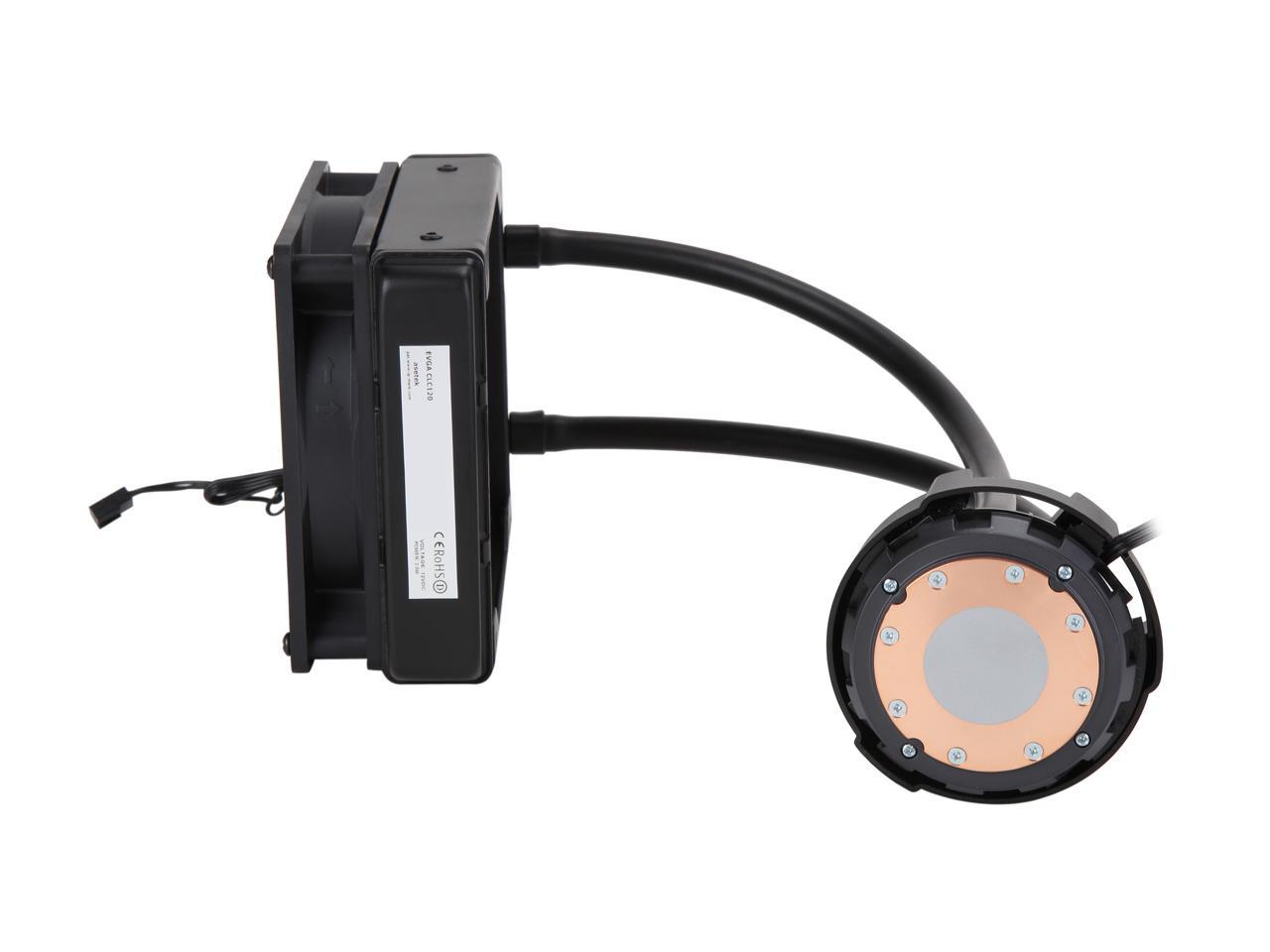 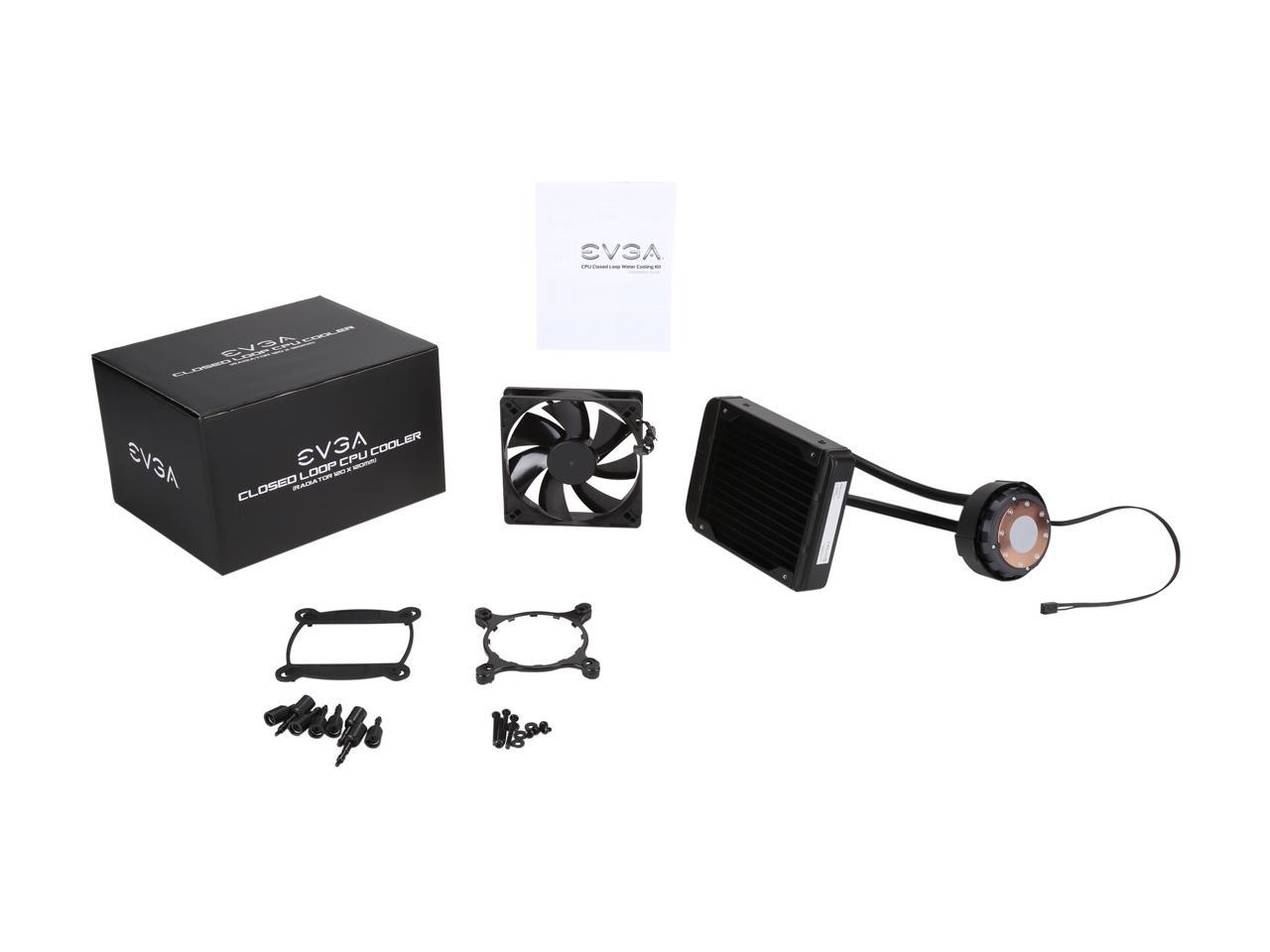 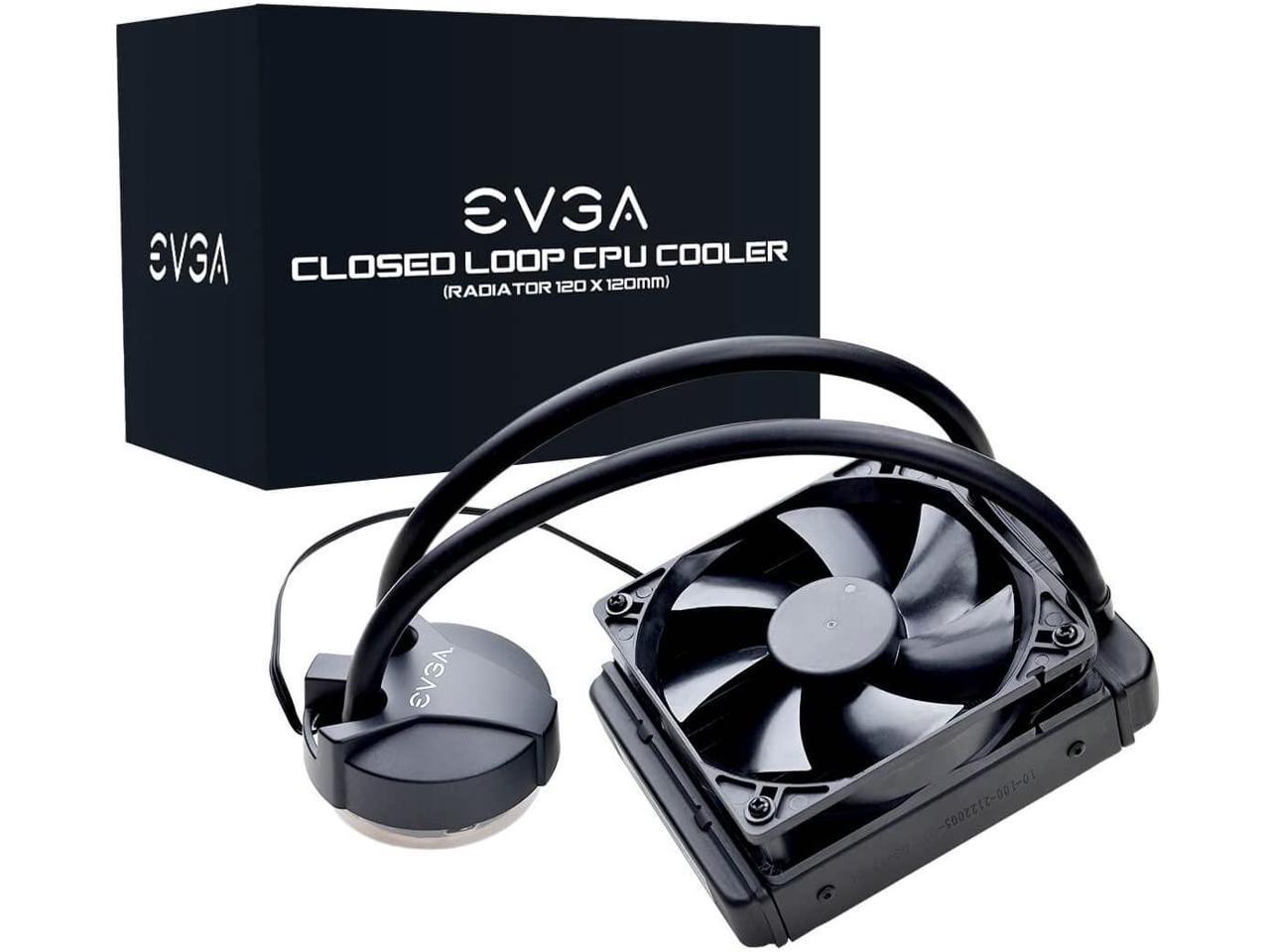 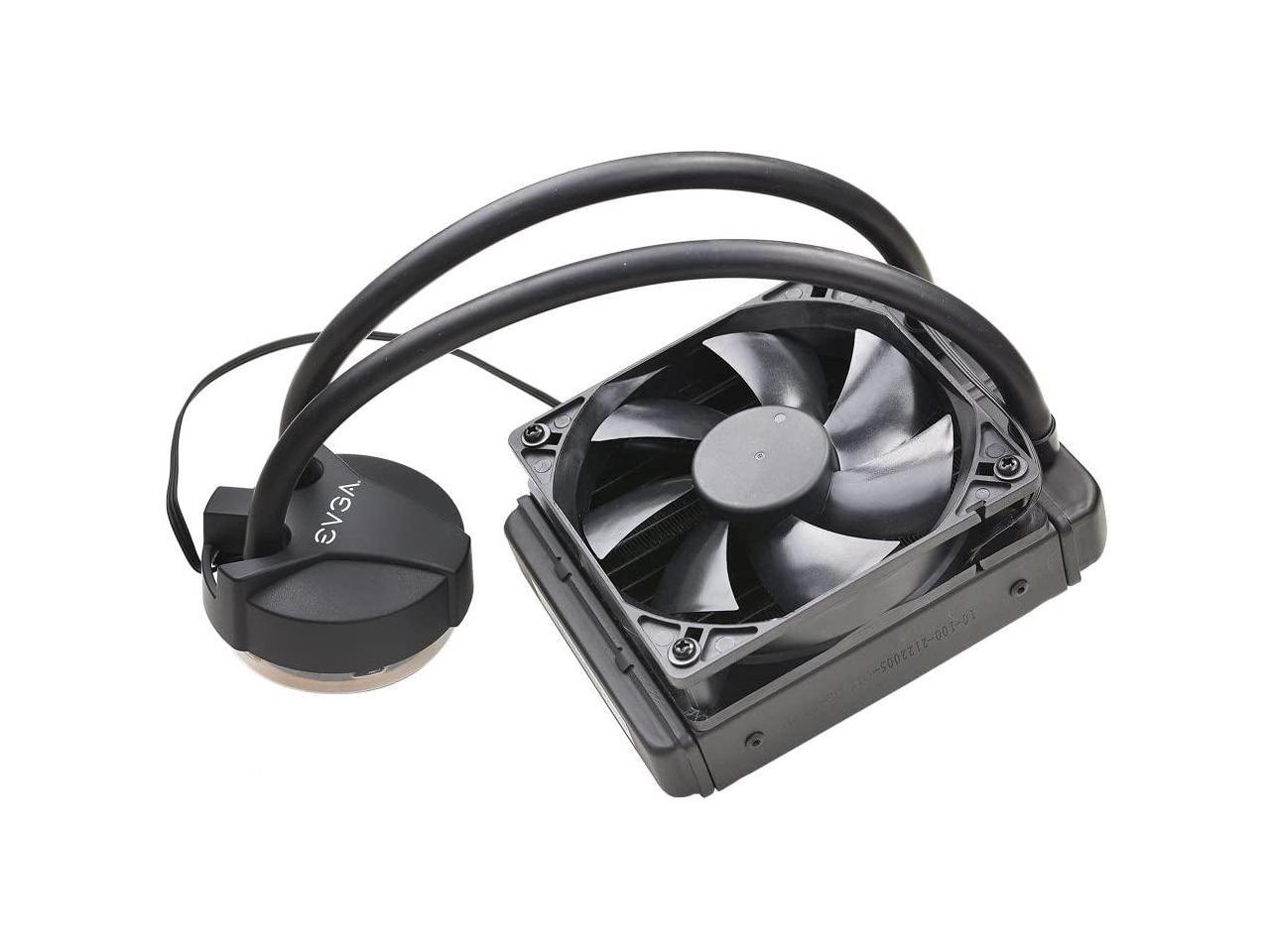 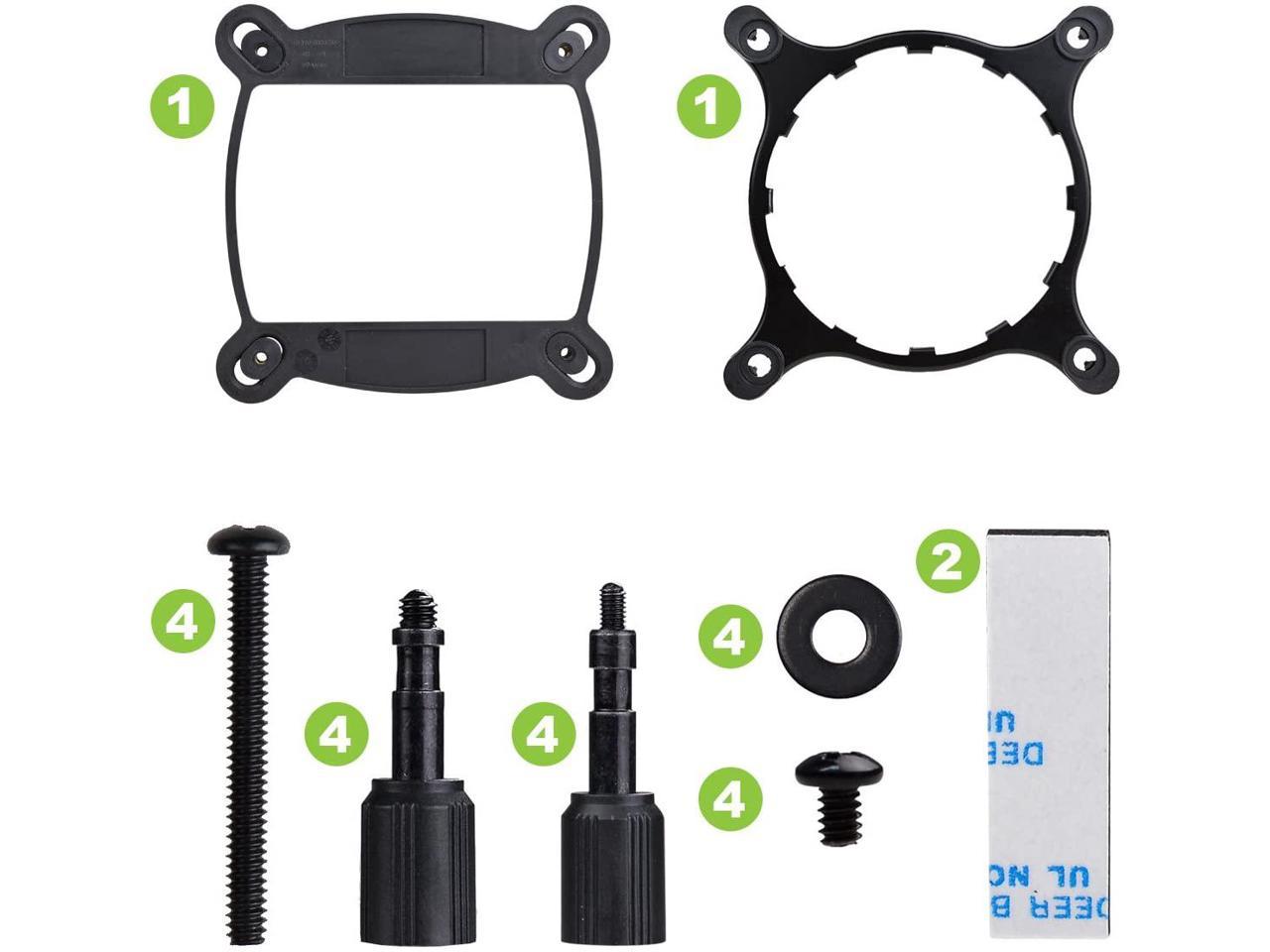 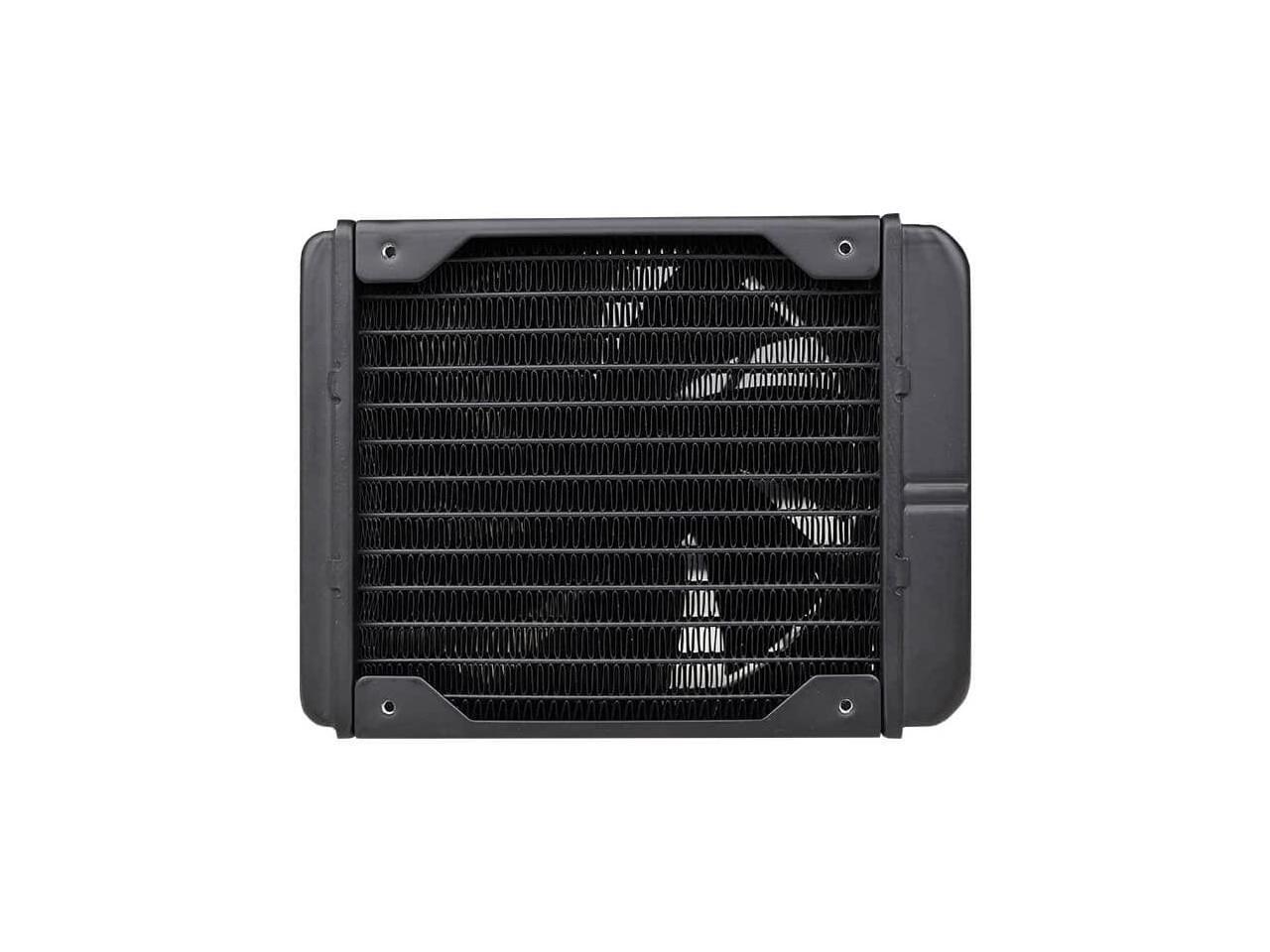 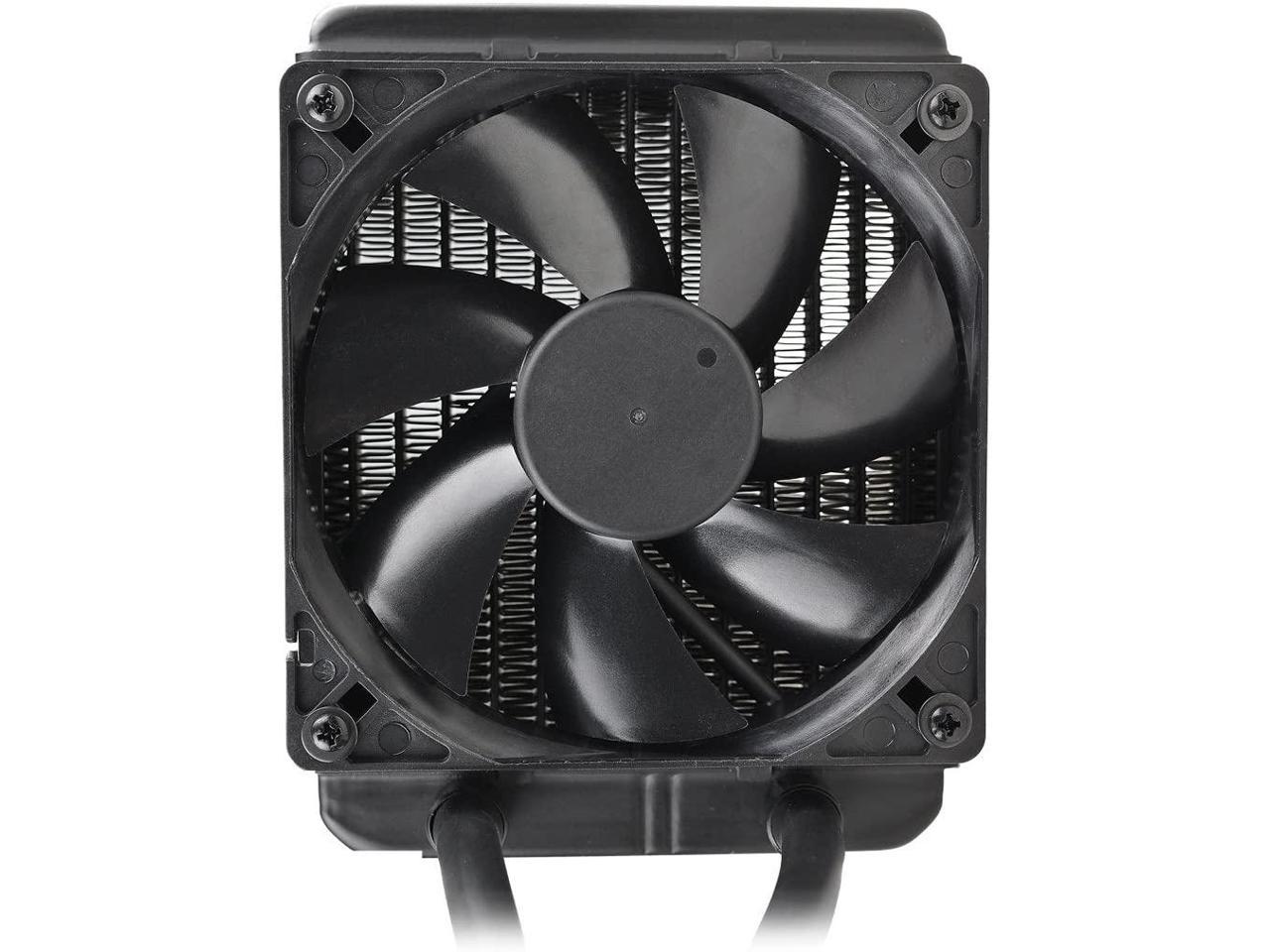 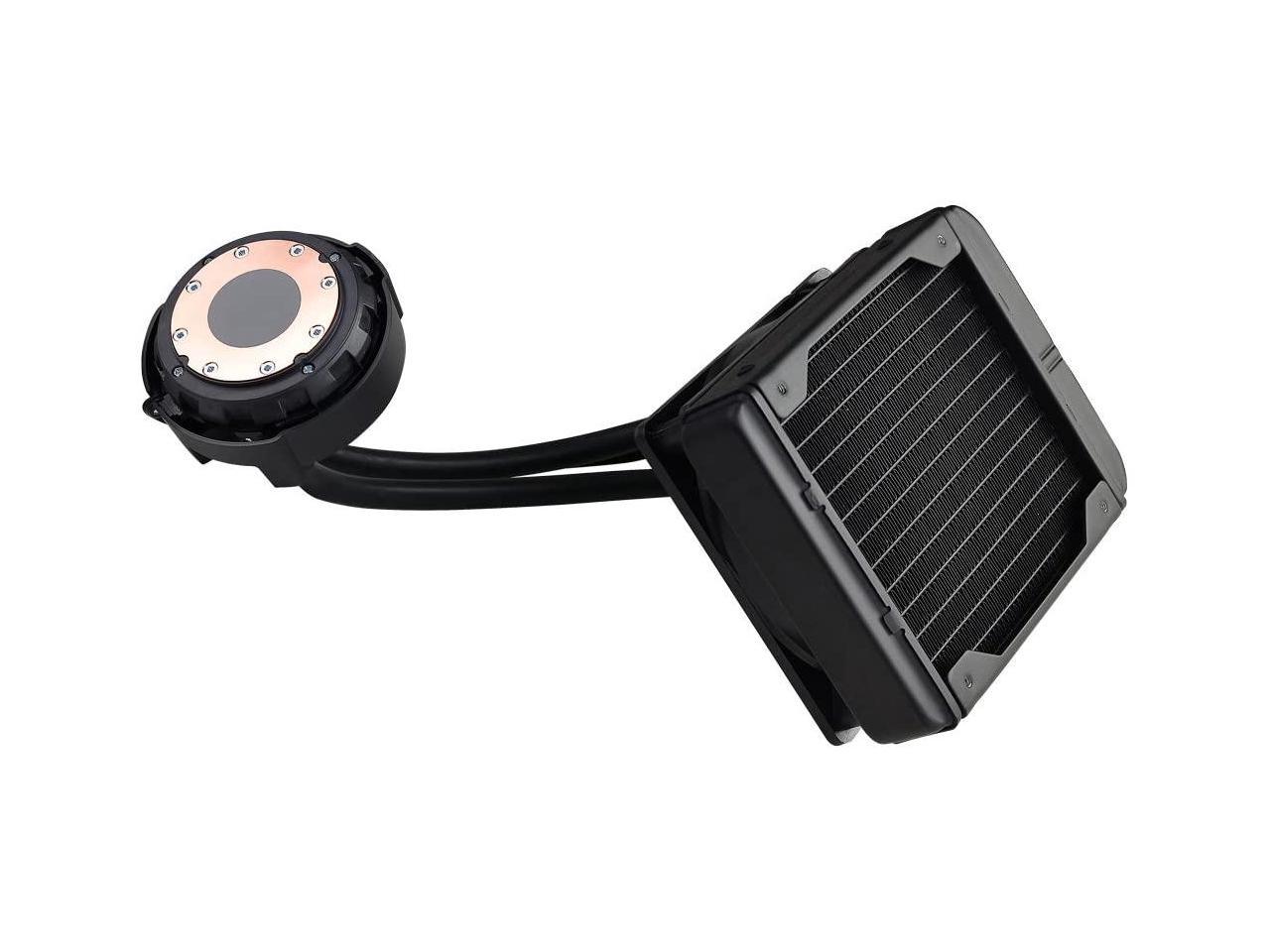 The EVGA Closed Loop CPU Cooler (CLC) is an all-in-one, plug-and-play liquid cooling solution that requires no filling, no custom tubing, or no maintenance. With the combination of a copper waterbolck, a 120mm radiator, and a 120mm fan, it provides incredible cooling performance yet produces extremely low noise. Now DIY professionals and overclockers can unleash the potential of their high-end processors with ease.

Overall Review: Used this in conjunction with NZXT Kraken G12 GPU Bracket to cool my rx5700xt. Worked like a charm. keeps my GPU below 65 degrees.

Cons: In 2020 very few 120mm AIOs fit the G12 bracket. I trimmed the shroud to fit the bracket and it fits just fine.

Overall Review: This is a great little AIO if you want something a little better than the box cooler, but is still quiet and cost effective. It's a standard Asetek unit re-branded for EVGA. As such it uses the standard Asetek mounting hardware to install. I have used this AIO as a replacement in an Alienware Aurora with a 6 core, LGA 2011 XEON and it did awesome! It was nearly identical to the OEM AIO. I did re-use the Aurora's Delta fan though. Because Delta ;). I also have this installed on a budget gaming rig with a Core i5 7400. It wouldn't be my first choice for a K-SKU CPU that you're going to overclock, but for better than stock cooling on a locked chip it's the cat's pajamas.

Cons: Pump does not work.

Overall Review: With the Covid-19 Pendemic, I had decided to build a new PC to pass the time. But since I did not get all the parts until recently because they were either not in stock or they were deemed non-essential, I could not test them. Now it seems the this cooler is faulty. I don't hear the pump going and the CPU temps are high at idle, 48C. I swapped this for a fan cooler I had around and idle temps dropped to low 30s. I'm now past the return period, so it seems I am stuck with it. EVGA, please have better quality control!

Manufacturer Response:
Thank you for your feedback about your experience with the CLC. There are a number of steps that need to be followed to make sure the cooler is properly installed and connected to your motherboard. If those steps are not followed, it's possible that the pump may not turn on and appear to not work. We encourage you to reach out to our U.S.-based Customer Service if you have any questions or need assistance with setting up a replacement, which is currently open daily from 6AM-10PM PDT. Contact EVGA Customer Service to best assist you at Newegg@evga.com or (888) 881-3842. Please reference ticket number 3845552.
Armando D.
Ownership: 1 month to 1 year
Verified Owner
eggcellent water cooler5/13/2019 2:37:48 PM

Pros: silent ! lowered my cpu temps in a stress test from 100c to 62c idles cool at 32c case is phanteks evolv shift for reference

Cons: none at this moment

Pros: - Appears to be of a good build quality, except for the issue described in "Cons". - Radiator looks OK. - Pump seems very quiet.

Cons: - Bad mounting design/bad QA. When mounting the heatsink/pump to the backplate, one of the standoffs on the backplate popped out. This occurred when I was tightening the frontplate/heatsink. I was using hand strength and I was not cranking it by any means. I was just wanting it snug. I've installed plenty of AIO coolers before and with the others I knew when the screws were "done". Upon further inspection, I could see that the remaining 3 standoffs were also starting to have some issues. Another reviewer posted about the same problem.

Overall Review: I gave the one egg because I think others should be warned until they fix this. This whole thing should have worked great. The major components like the pump, radiator and loop look good, but bad build quality on back-plate and lack of QA failed this product. If the issue was fixed, I think it would be a good product. If this happens to anyone, and you don't feel like doing an RMA, you can bend the standoffs as best you can, flip it around and pop it back into the backplate so the less damaged side sits up in the corner of the backplate and you should be able to save the install.

Manufacturer Response:
Thank you for your feedback. The back plate that goes behind the motherboard can come off if the back plate was screwed into place with uneven pressure. Try reinstalling the back plate and screw on the screws evenly with the "X" or "Star Pattern" so that even pressure is applied. If you have already done this, please feel free to contact us further assistance by phone at 1.888.881.3842 or via email at Newegg@evga.com and refer to this ticket number 3632955. Kind Regards, EVGA
Anonymous
Ownership: 1 week to 1 month
Verified Owner
Has some faults10/24/2019 10:42:30 AM

Overall Review: I build a lot of PCs for research use, many of which are used in experiments that take place in pitch black rooms. As such I need to build PCs that emit as little light as possible. A lab requested I build them several PCs and due to hardware needs, I had to use Intel LGA1151 processors that require a liquid CPU cooling solution. In the past I used the Intel-branded single-fan CPU liquid cooling system, but those have been discontinued. After doing a lot of looking around I found this EVGA cooling solution. I've not had the greatest luck with EVGA products in the past but this cooler was the only one I could find that had a compact radicator and didn't have garish LED lighting built into it, so I took a chance. Purchased 4 of these coolers for the 4 PCs I need to build, one was faulty out of the box (pump makes an unusually loud sound when running). Other three installed okay...was able to get them to fit in the 120mm rear fan space of the case I chose for these builds, which was nice. The hose connections at the pump are fixed though...the ones on the Intel cooler pivoted, which greatly helps with removing as much stress on the hoses as possible. The hoses on these EVGA coolers are a little more tightly radiused than I'd like but not so much that I don't feel comfortable deploying the PCs. I'll just need to keep an eye out for leaks at the pump connections as the PCs age. The biggest issue with these are the instructions...they specify that the power connector for the fan is supposed to connect to a header coming from the pump, but there's no header. The pump and fan each connect separately to a fan connector on the motherboard (and the pump connector is only a 3-pin connector, not the usual 4-pin). Some motherboards have separate headers for a CPU pump and a CPU fan, but others don't. As such you'll need to tweak your fan settings in the BIOS to ensure the fan runs fast enough to keep the CPU cool when it's being pushed hard. Time will tell how these hold up.

Pros: -Running an i5-9600k, Fractal Mid-Tower, RTX 2070 to give you an idea of dimensions -Prime95 peak temp 61C averaging around 54C -Very easy install and it looks nice and clean as well

Cons: -Haven't had any yet

Overall Review: For about $50 I've been extremely happy with this. The trick is to set up the fan and radiator on the front of your case to suck in cool air instead of using much warmer internal case air to blow out through it. Your GPU will not care at all, trust me. The other big upside is that this clears up a substantial amount of space in the middle of your case since you're removing a gigantic fan and heatsink. The look is super clean and there's no maintenance.