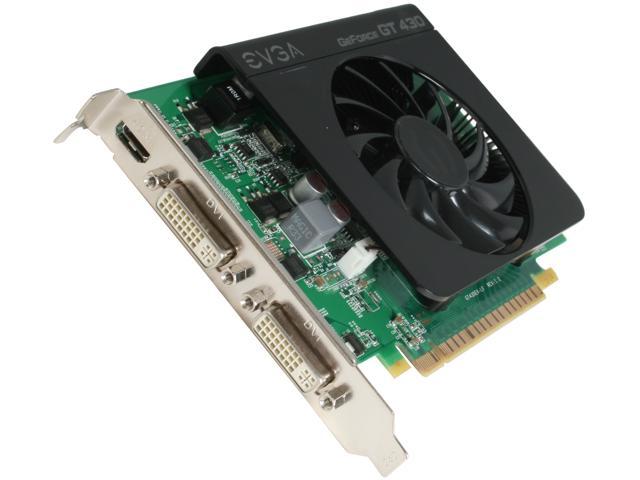 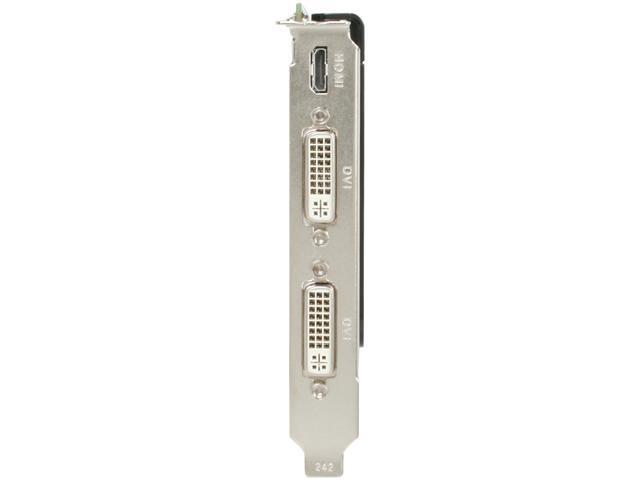 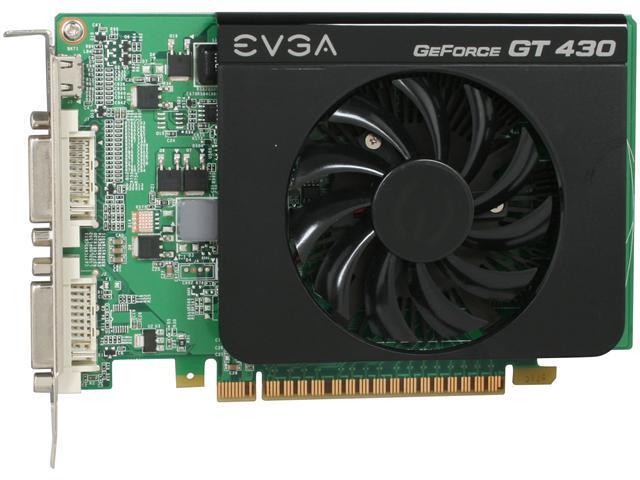 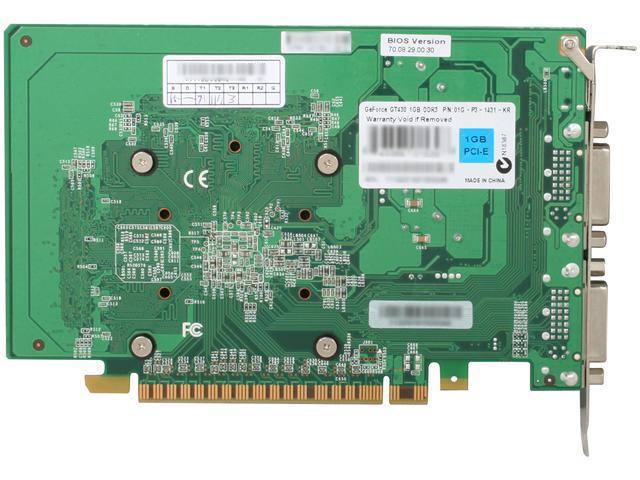 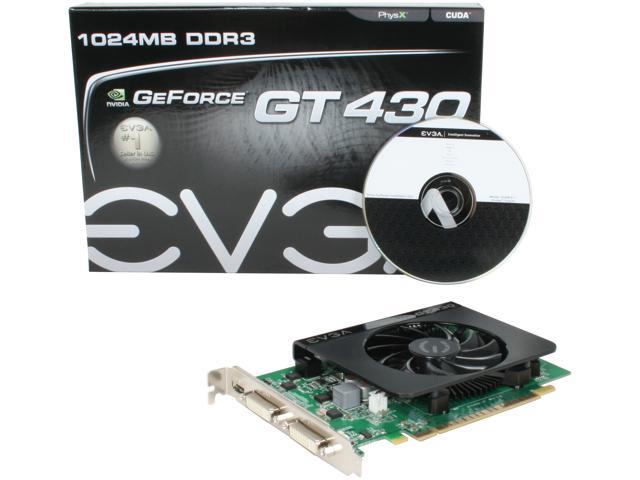 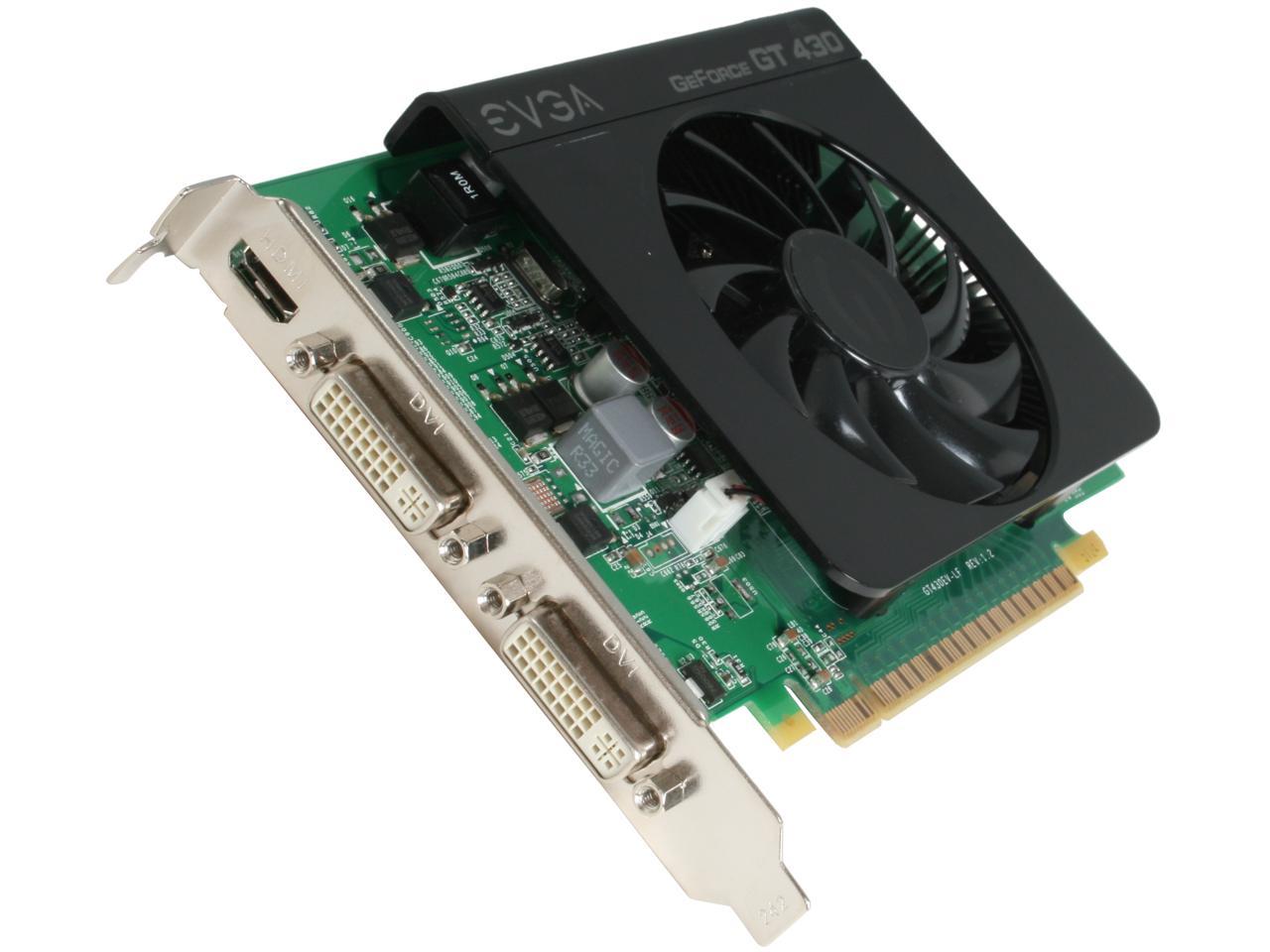 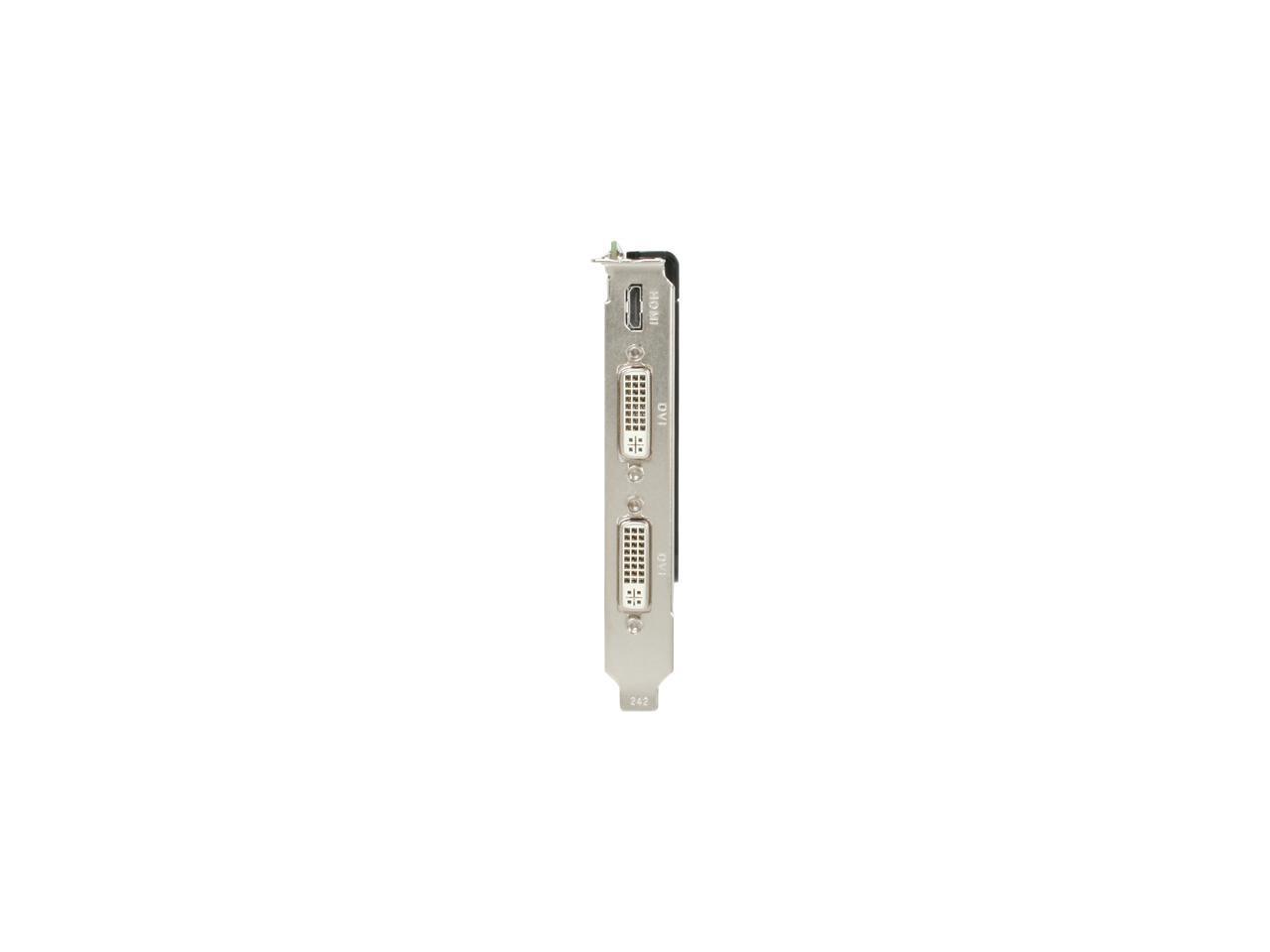 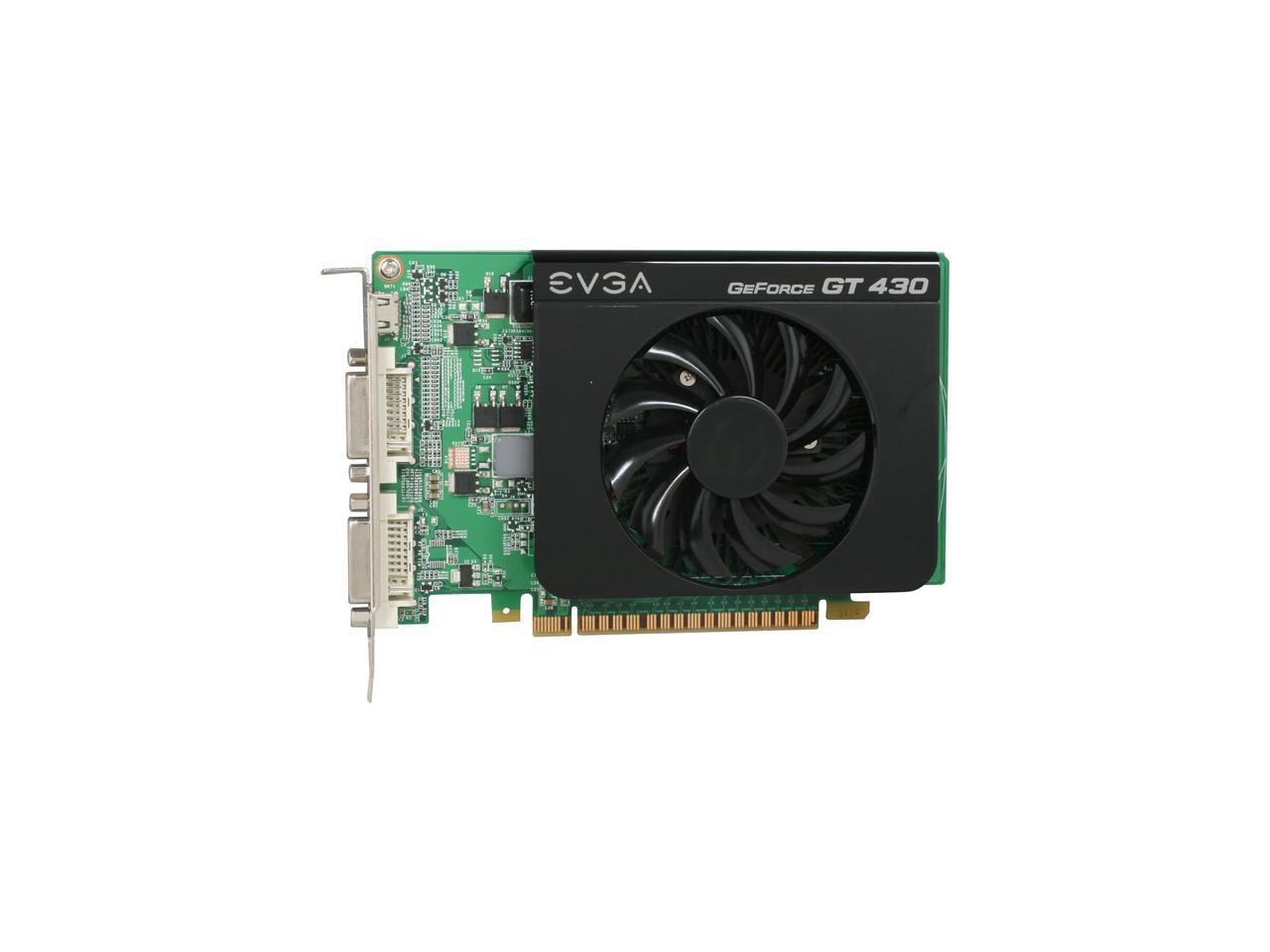 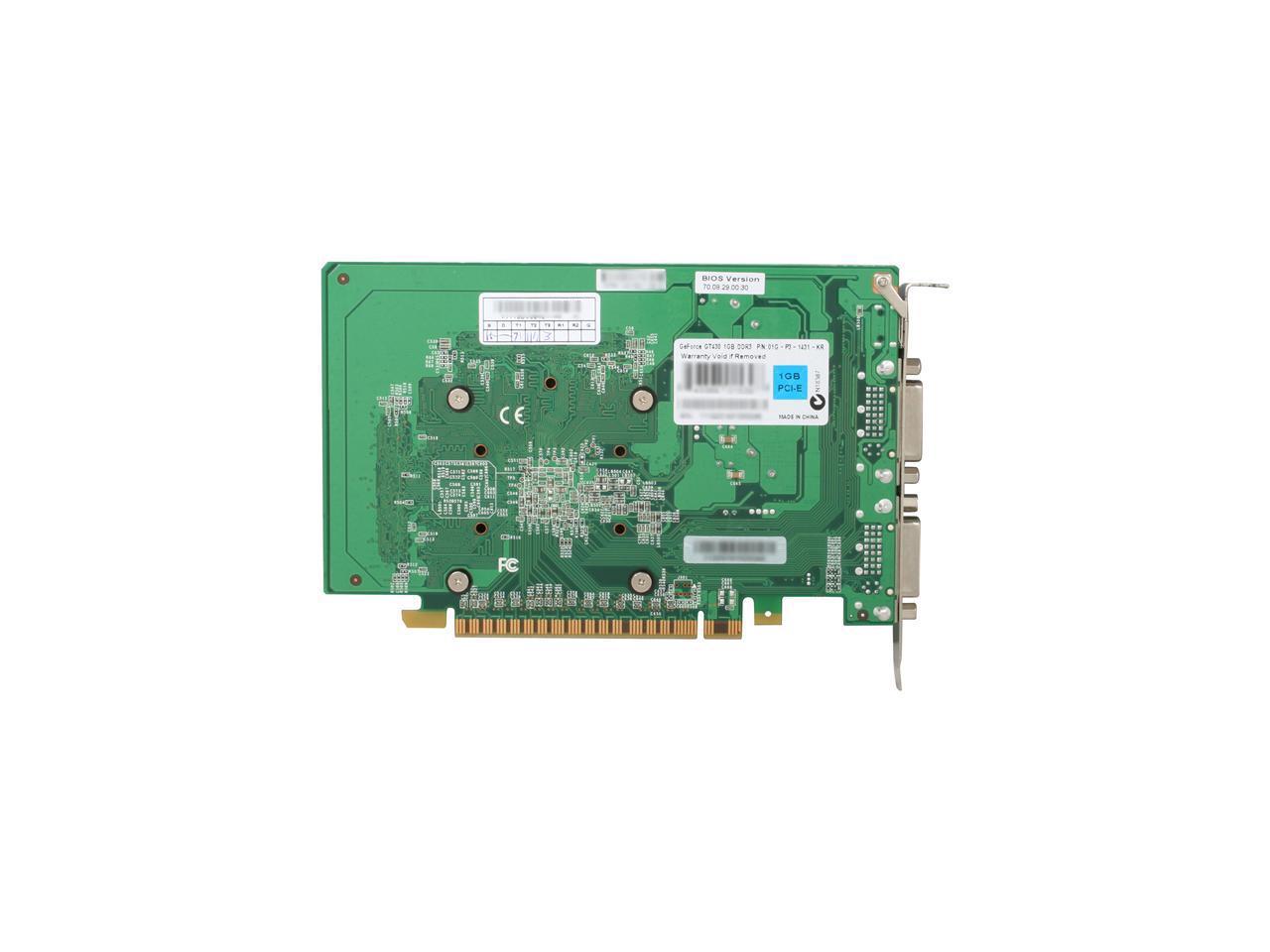 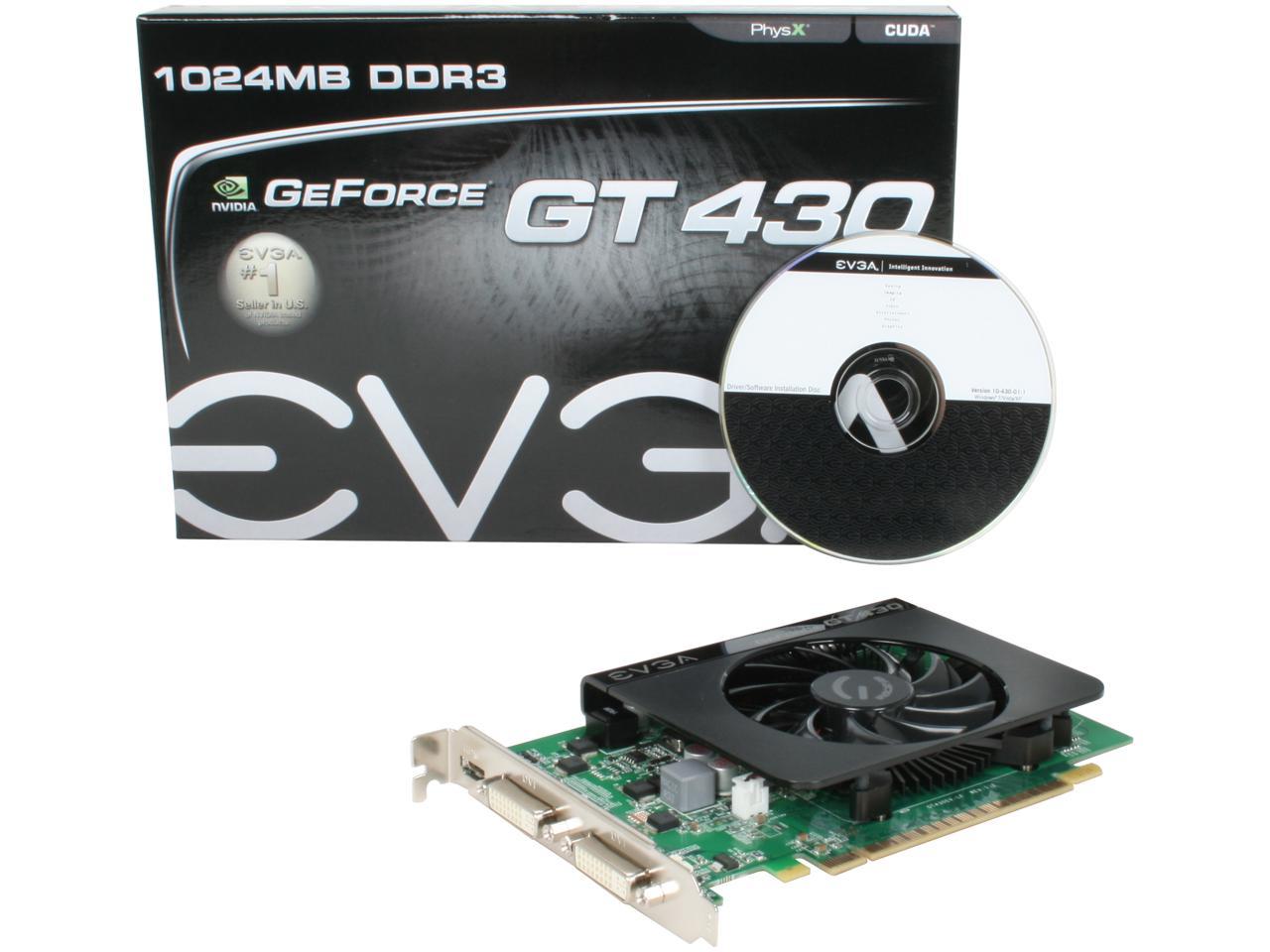 (52) Write a Review
OUT OF STOCK.
Specs
Reviews

Pros: I had this less than a week when it over heated checked to see if something blocking fan or what and found a blade jammed and stoipped the fan contacted EVGA and they gave me an RMA for it. about 1 1/2 weeks after sending mine in I got my brand new one not a refurbed one UPSkudos to EVGA no idea if blade was cracked when got it or if I did something to it guess I will never know

Cons: None yet, I don't think there will be either.

Overall Review: Buy what you need, not what you want. It's to easy to overkill now a days.

Cons: will not do dvi x 2 and hdmi output the same time, you'll need to chose which two outputs to use in the nvidia control panel

Pros: Added to a computer which tended to choke on any HD video (Intel graphics still stink) and didn't want to spend a huge amount of money. This works great, everything plays just fine now without the hang ups or freeze ups. It also does not need extra power connections or a high PSU. 128-bit interface instead of 64 like most GT430 series cards have. Since the 400 series has been out for a while, most of the bugs have likely been resolved in these later series cards.

Cons: Almost blocked my PCI-E x1 slot and forced me to move the SATA card to the PCI-E x4 slot. Not a big deal and not worth removing an egg. The x1 slot is useable, but I like to keep some space between cards if I can for cooling.

Overall Review: Unless you're going to play high end games, this card is great for the average user who wants more than just integrated graphics. Just make sure your PSU meets the necessary specs for it.

Pros: Awesome dual linked dvi video cards. They run cold on idle about 36c. Windows scores it at as a 6.6 which is pretty decent. Overall I'm very happy able to run 2 dual linked dvi monitors on it and it runs flawlessly so far. Great video cards for the average user that just needs basic 3d performance.

Cons: Fan speed is locked at 65 you can only go up beyond 65 not below. However since it's locked at a high rate it runs very cold and it's not very loud either.

Pros: i got it for the dual dvi connectors. i was surprised it kept up with everything, movies, paint programs, movie production software, etc. it ran 2 dell 20" monitors with no problems. this performed better than expected. runs on linux also

Cons: Slight trouble on highest settings on some newer games but to be expected.

Overall Review: I was running a GeForce 9500gt. My WEI rating was a 4.9 with that. I slapped this puppy in and it shot my rating up to a 6.7!! It was time for an upgrade and I'm glad I got this card. Very big bang for the buck! I'll probably bite the bullet later this year and upgrade again but this card is VERY nice!

Pros: Video card was easy to install into the computer. Options to overclock the card are easy to follow as well. Runs really quiet compared to other video cards that I have purchased in the past. Colors are good and vibrant and the graphics look great for the games that I have loaded up and playing.

Cons: Really haven't found anything as of this review.

Overall Review: If you are looking for a good mid-line video card this is one that you should give some thought too.