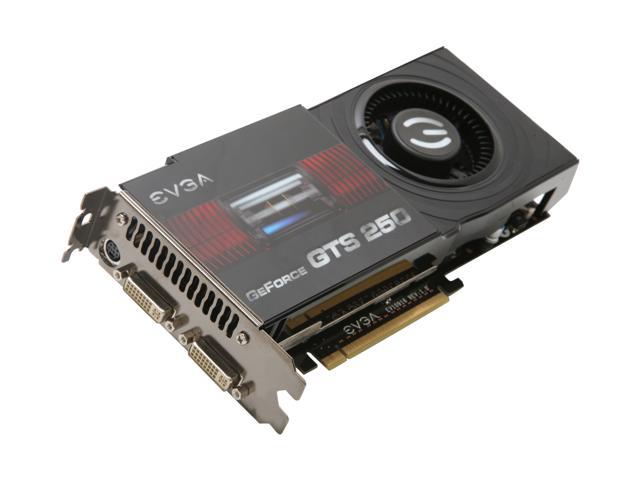 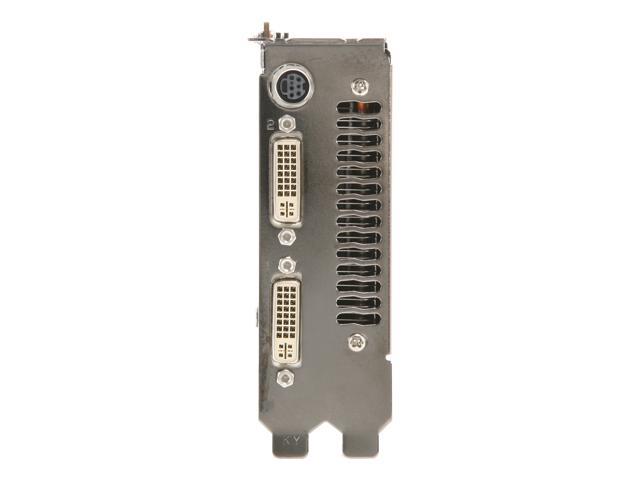 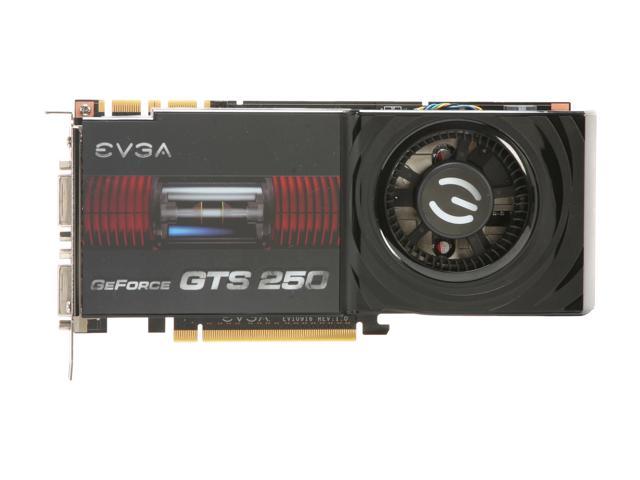 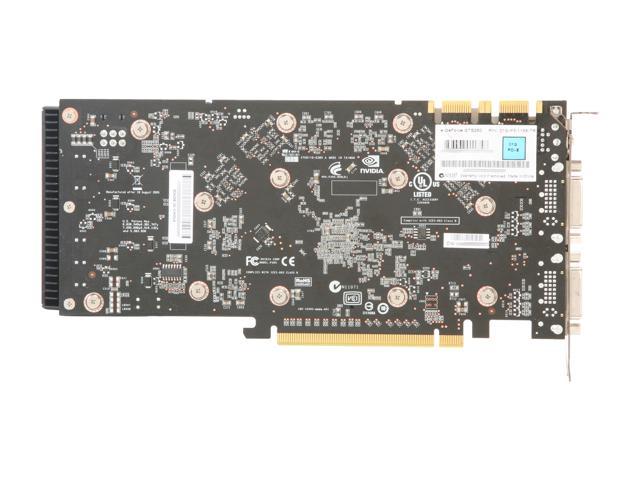 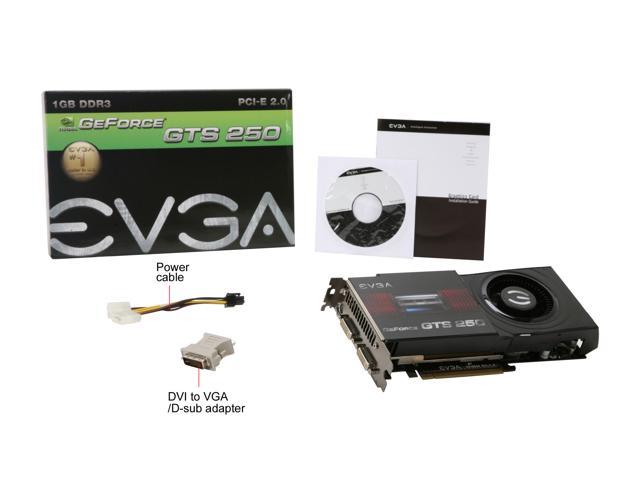 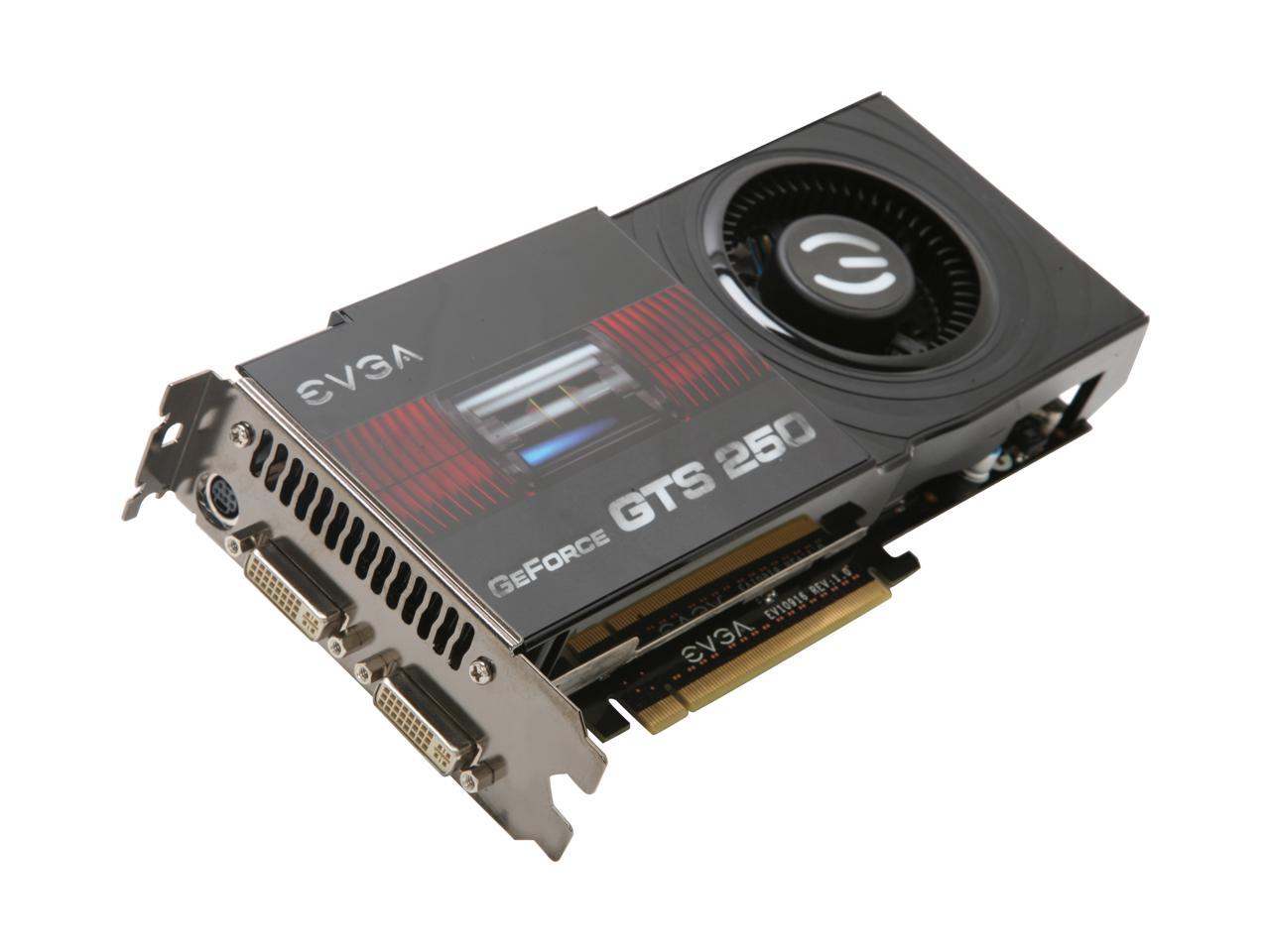 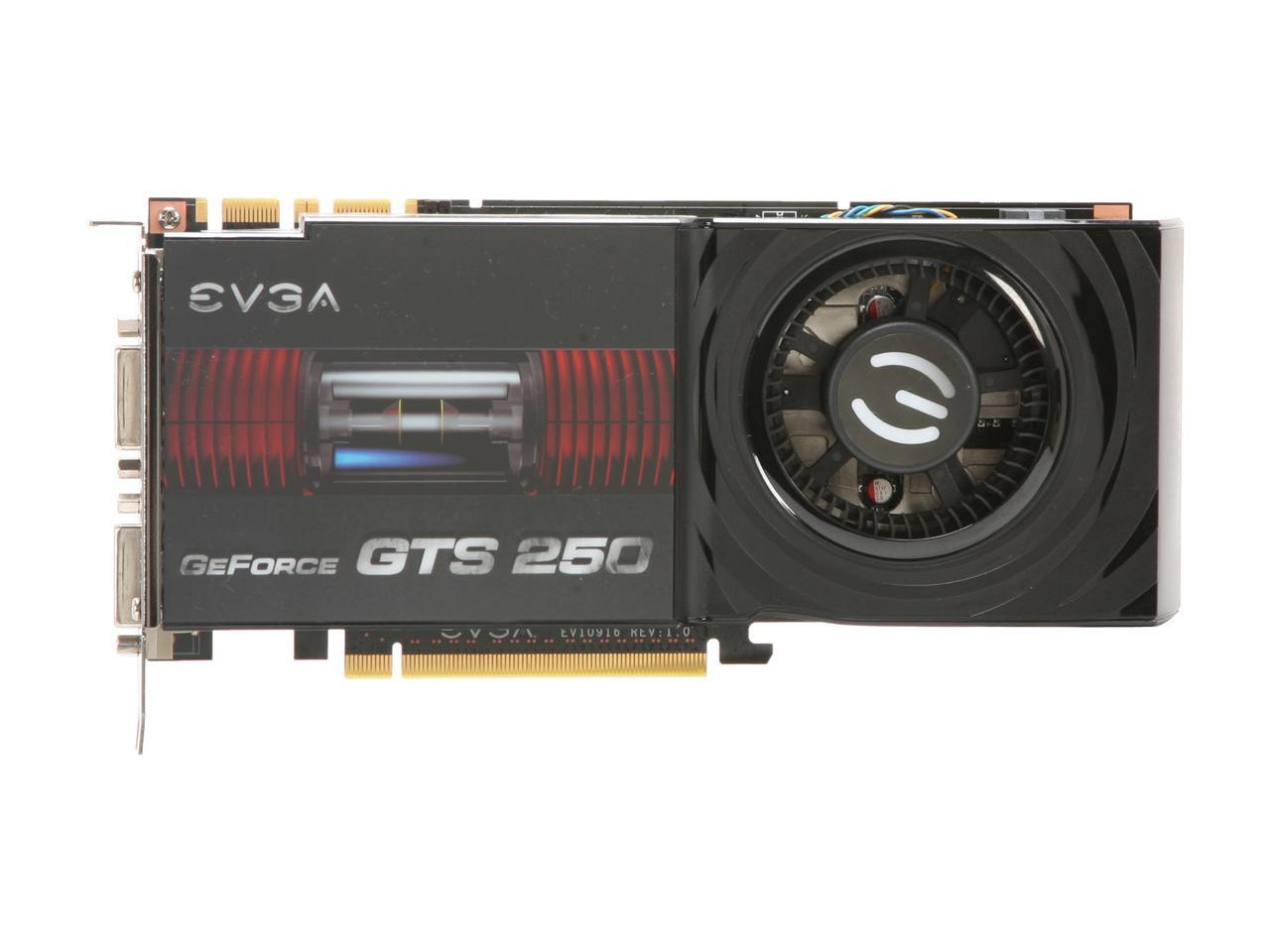 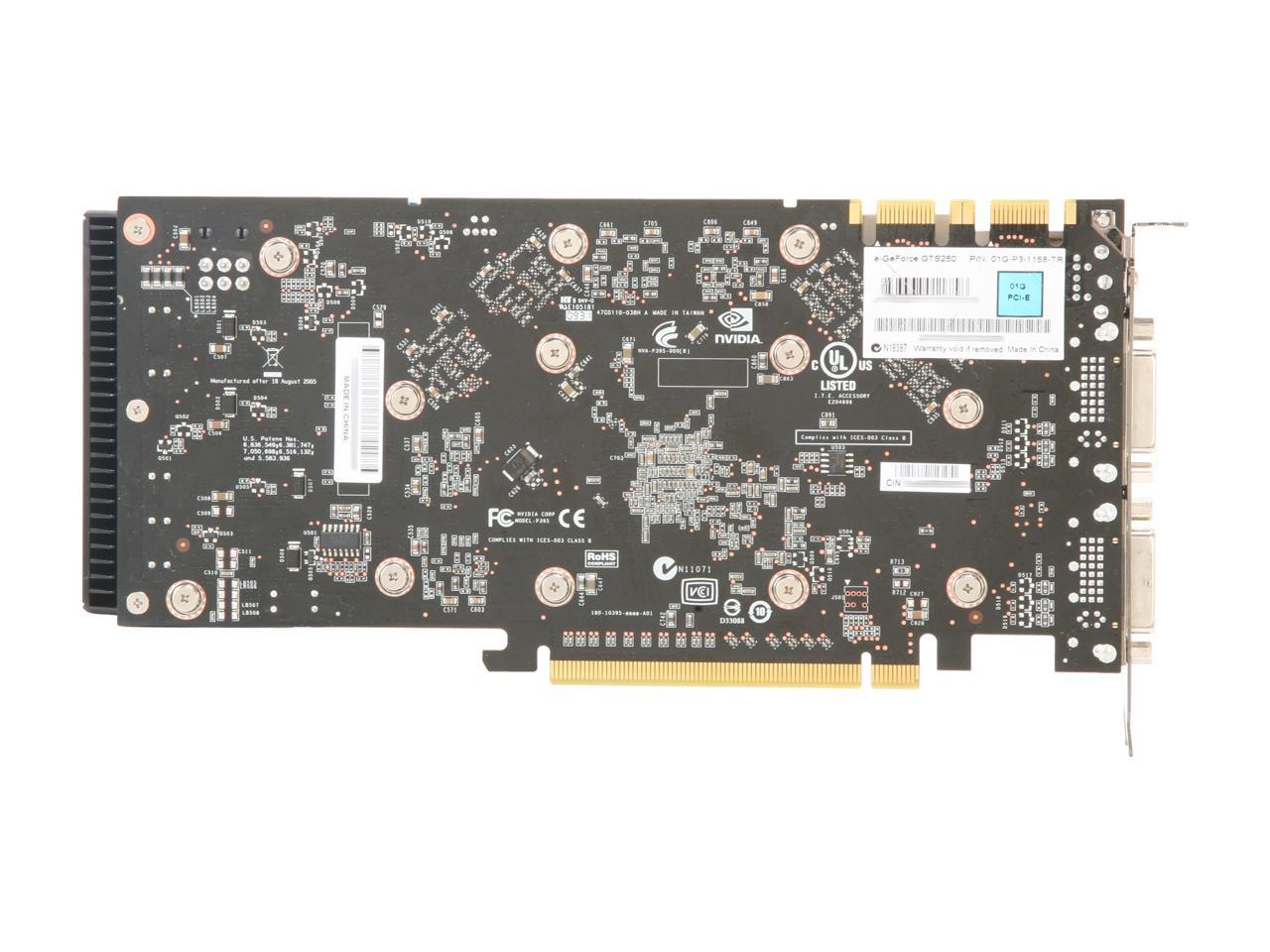 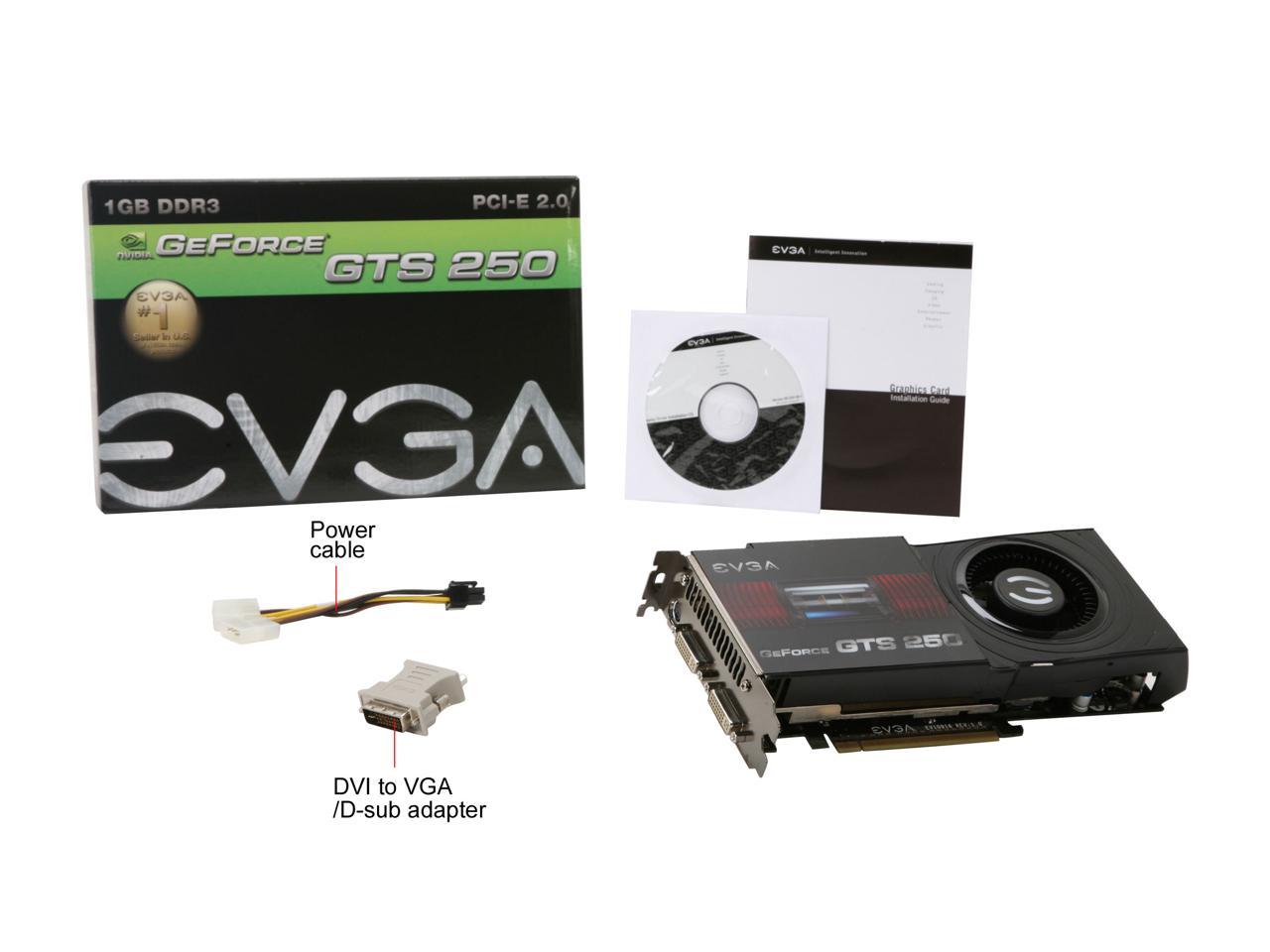 (106) Write a Review
OUT OF STOCK.
Specs
Reviews

Pros: great card, I use this for IL-2 flight sim. I'm told flight sims are not graphic card intensive. this card does a great job at 50-60 FPS which I imagine is all the processor/memory can feed it. screens look good. card fit easily into my mid tower case

Cons: I only gave it 4 eggs because the auto fan speed feature in EVGA Precision panel does not work. Each time I want to do some flying I need to go in and manually set fan speed to about 65%. At 65% the card is louder than my 2 scyth 120mm fans but not annoying. This keeps temps below 55c which is great. This is not a big deal (unless I forget) but I have read around and it seems it is pretty standard.

Overall Review: for my use this is a 5 egg card but I've read some reviews and did not see a mention of this so I thought I would post it. I have forgotten to turn up the fan and it got hot enough to give me a black screen no damage though

Pros: Works Well with my EVGA Motherboard. It's silent for me.

Pros: Overall Performance. It's running all the games that I like playing in high settings. (AAx2) These would include, Fallout3, Left 4 Dead 2, Battlefield BC2, Call of Duty MW2, and many others. I don't have super high expectations for my graphics, but I want them to look nice, and this card most certainly exceeds such.

Cons: None really. My power supply handles it fine, theres more than enough room in my Mid=ATX case, and I have a Tri-SLi board... I've got nothing to gripe about.

Overall Review: Good for a starter to average computer-ist. Gaming... Check Video and Graphics design, I'm not sure.

Pros: Great video performance, reasonable price, and well built card. By well build I mean it doesn't seem cheap or shabby. With the Precision Software you can monitor a number of video card parameters from an on screen window, or if you have a G15 logitech or similar keyboard directly from the LCD screen built in.

Cons: If you are upgrading an existing card you need to seriously consider downloading and running Driver Sweeper, the pure binaries, no installer version, and run it per directions. Otherwise the automatic fan speed may not ramp up properly and the card will get monsterously hot if you push it. Future Driver updates may eliminate this issue, but for now (4/10) it can be a problem.

Overall Review: Make sure you download the Precision software from the Evga site to monitor and control the settings on the card, including fan speed and temp.

Pros: runs cool(~140F on general use and ~160 on heavy load, both utilitizing dual display) and is seemingly no louder than my old fanless card this one replaced. runs almost every game i've attempted at 1920x1080 resolution at max settings. starts to bog when AA 4x or greater is applied, though. but at this high of a res, i'm not disappointed. i could barely play any games at 1680x1024 with medium settings with my old 8600GTS. as this review title depicts, it's a great card for what the price is. definitely not disappointed.

Cons: not as powerful as some of the highest-end cards, but on a budget, who can really complain?

Overall Review: all in all, an amazing card for what you spend. if you're thinking about picking up one of these, don't hesitate--it's probably the best buy at the moment.

Pros: Maxes out most games with nearly 60 fps and keeps temps down below 65 Celsius with the fan at only 70 percent! Works great for both gaming (maxed out COD Modern Warfare 2 with no lag at all!!!!)

Cons: Not as many stream processors as some nicer cards, but it doesn't seem to make much of a difference in game at all.

Overall Review: I bought this card as a temporary gpu until the gtx 480 arrives, because my previous card (9800 GX2) was periodically overheating and causing problems for both games and editing/visual effects work. This temp card of mine is not only sufficient, it performs just as well as my gx2 and for only 150 bucks. Anyone on the fence about this card, I suggest making the purchase for the low price it is offered (unless of course you are holding out for DX11 support). On a side note, with overnight shipping and rush delivery, I ordered the card Monday morning and it came Tuesday morning! Newegg processed, shipped and got it from California to a town in Montana in a 24 hour turnaround during a snow storm. Woot for Newegg!

Pros: This card is absolutely amazing. I have been able to run any game with outstanding fps. I mostly play WoW and I am getting 60-80 fps in Dalaran. While raiding 25 man ICC I have been getting anywhere from 60-100 FPS during combat.

Cons: Cannot think of any at the moment.

Overall Review: This is a great card for those who love to game.

Pros: I'm loving it, I have a asus m2n32-sli deluxe board and triple monitor (not a fan of sli or crossfire), currently using this card for my center monitor to game with and my outdated 8800 GT (Also EVGA) for dual monitoring the side monitors. I ended up picking this card since I couldn't find another 8800gt with 1 gig of on-board mem, and the memory was really a problem with hi res gaming since it fills up so quick, this fixed the problem and my 22" widescreen is showing it at 1920x1080. For those with a 8000gt, the cards are very similar, stream processors are 128 compared to 112, memory is doubled at 1g vs 512 meg (same bit rate), 138mhz faster core speed, and as a double slot card its dumping the heat straight out the back so that's a plus, even for a good case as heat build up is a issue in nearly all cases around the bottom pci slot area.

Cons: My only con, and yes this is a nit picky kinda thing, is the 6 pin power plug, I wish it was on the back of the card, and not the side. Not that it interferes with anything, just to keep the same look as the 8800 gt. Size is no problem in my Antec P182 and its a mid tower design.