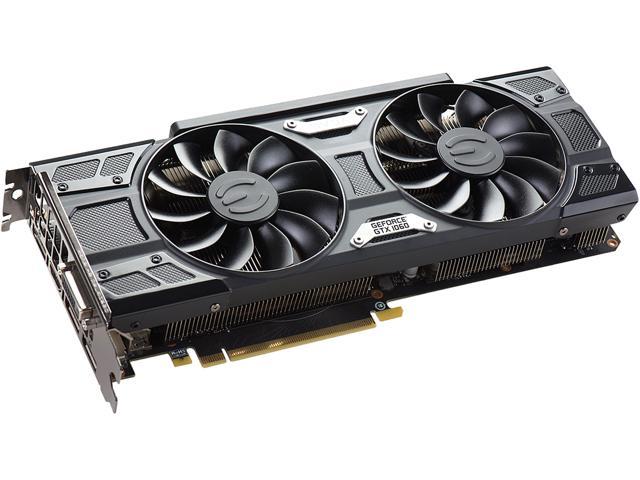 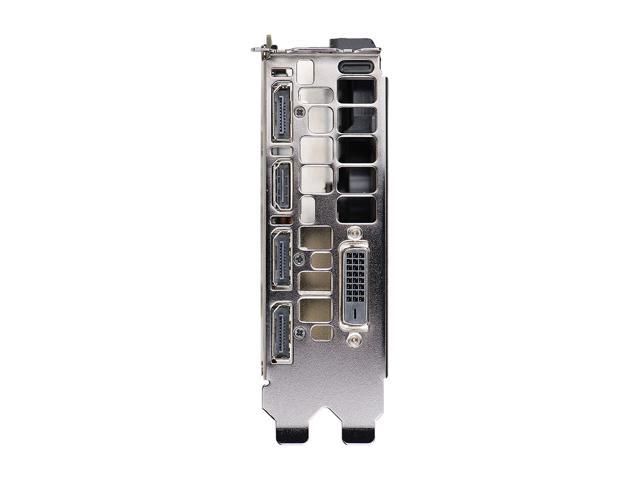 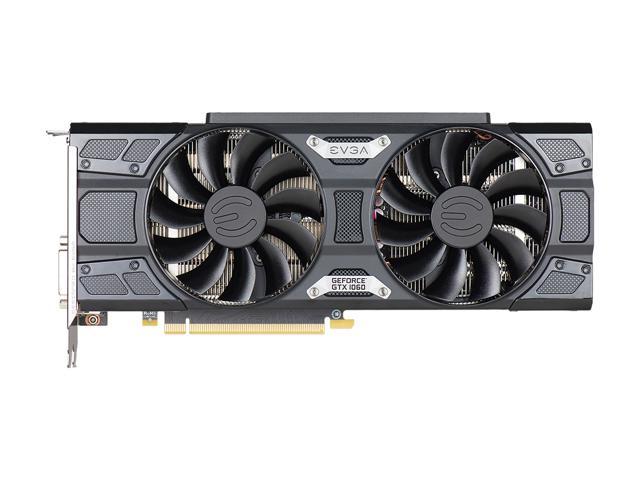 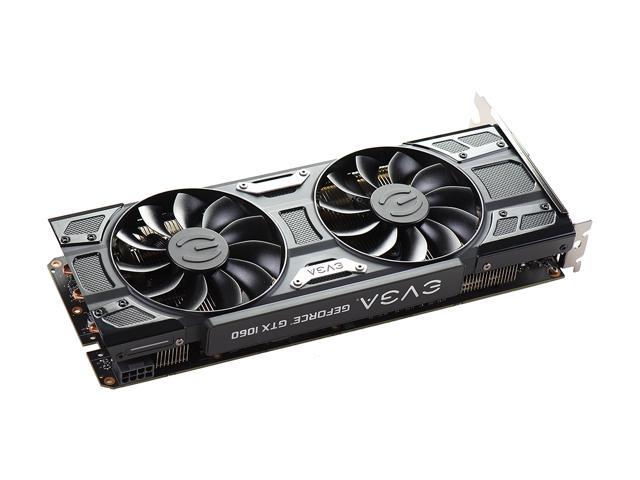 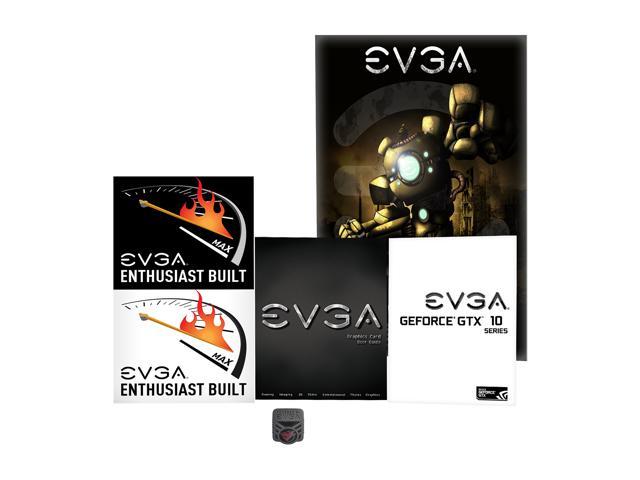 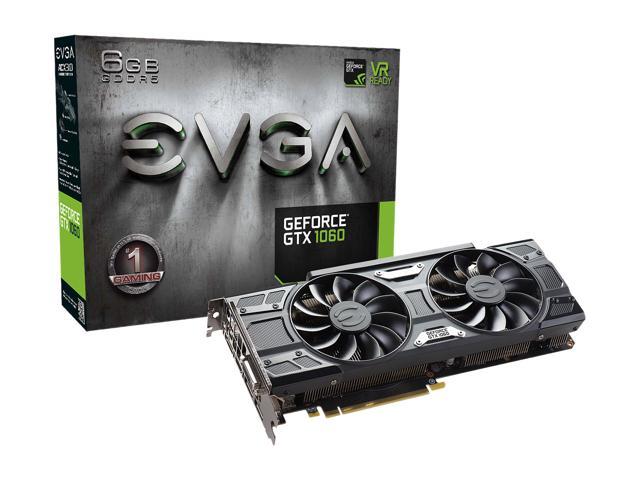 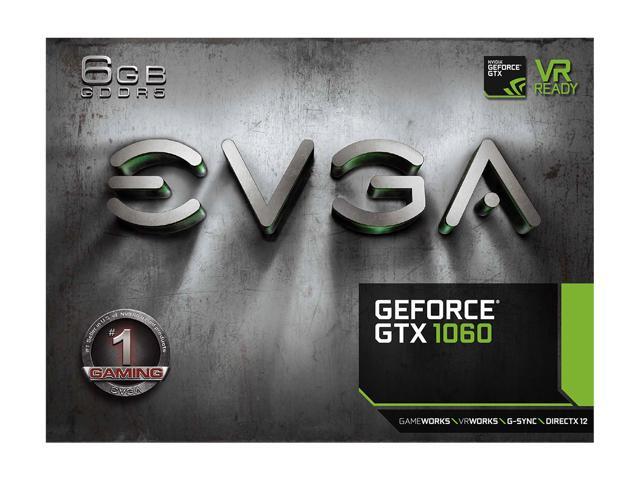 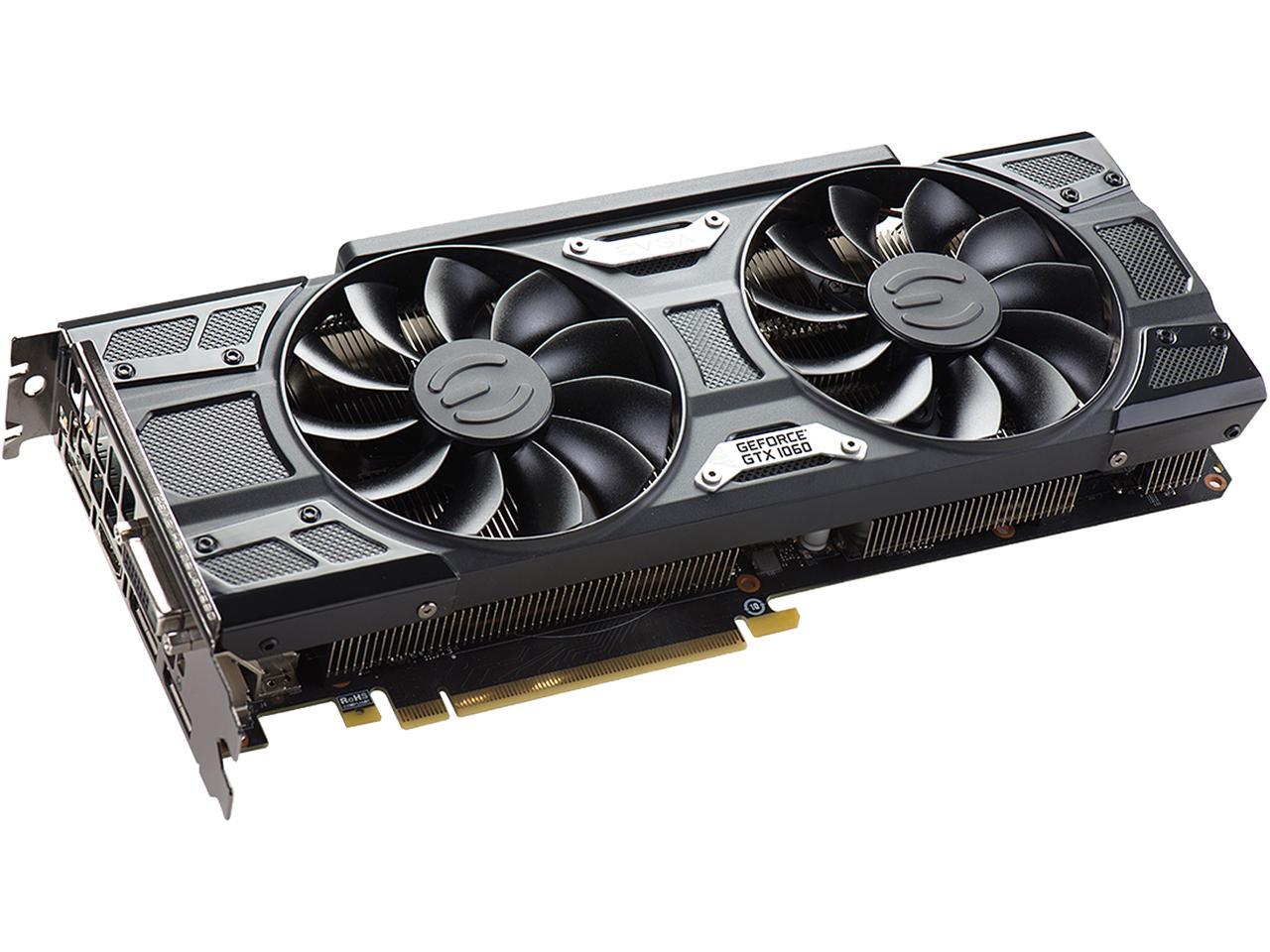 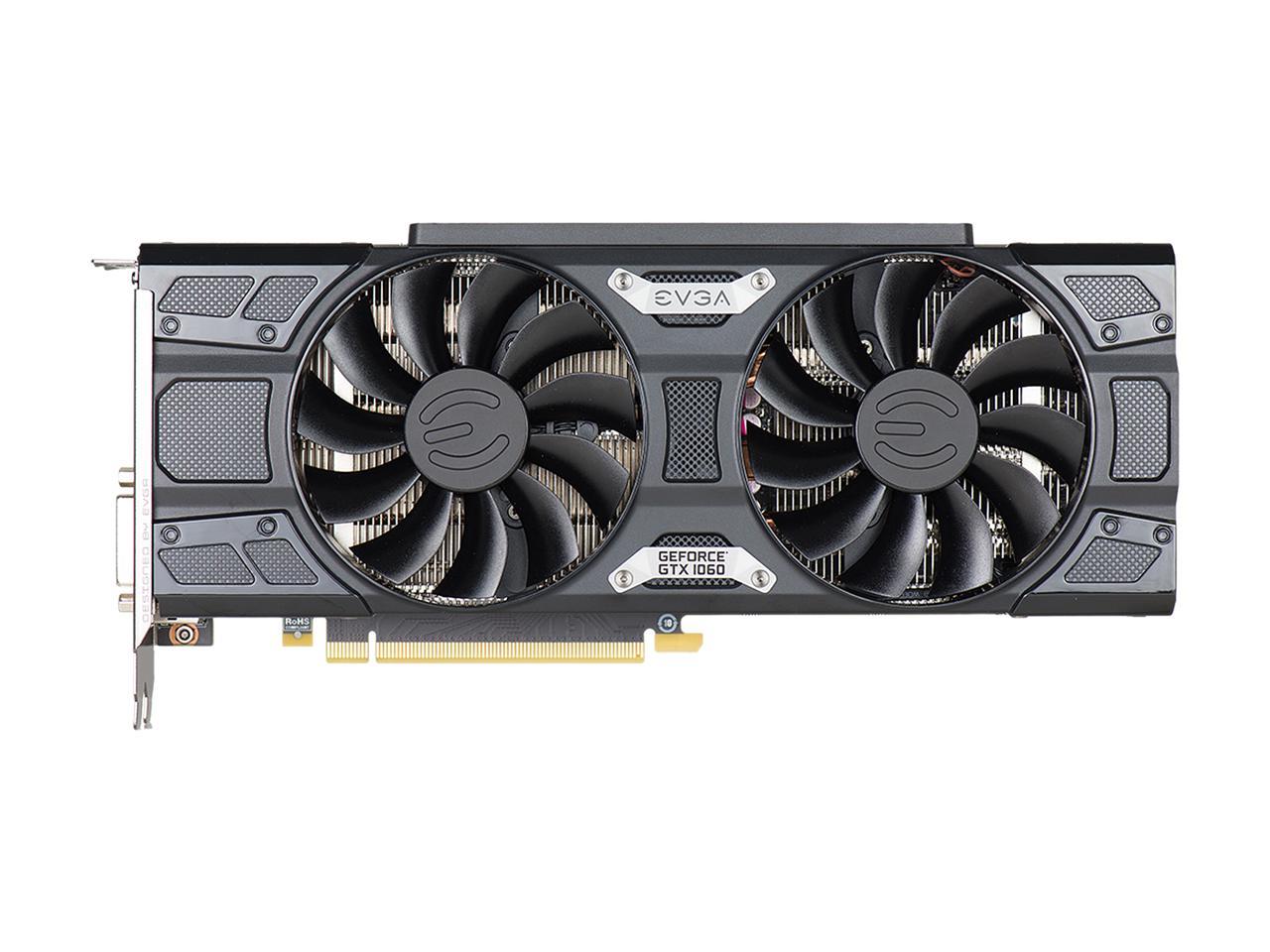 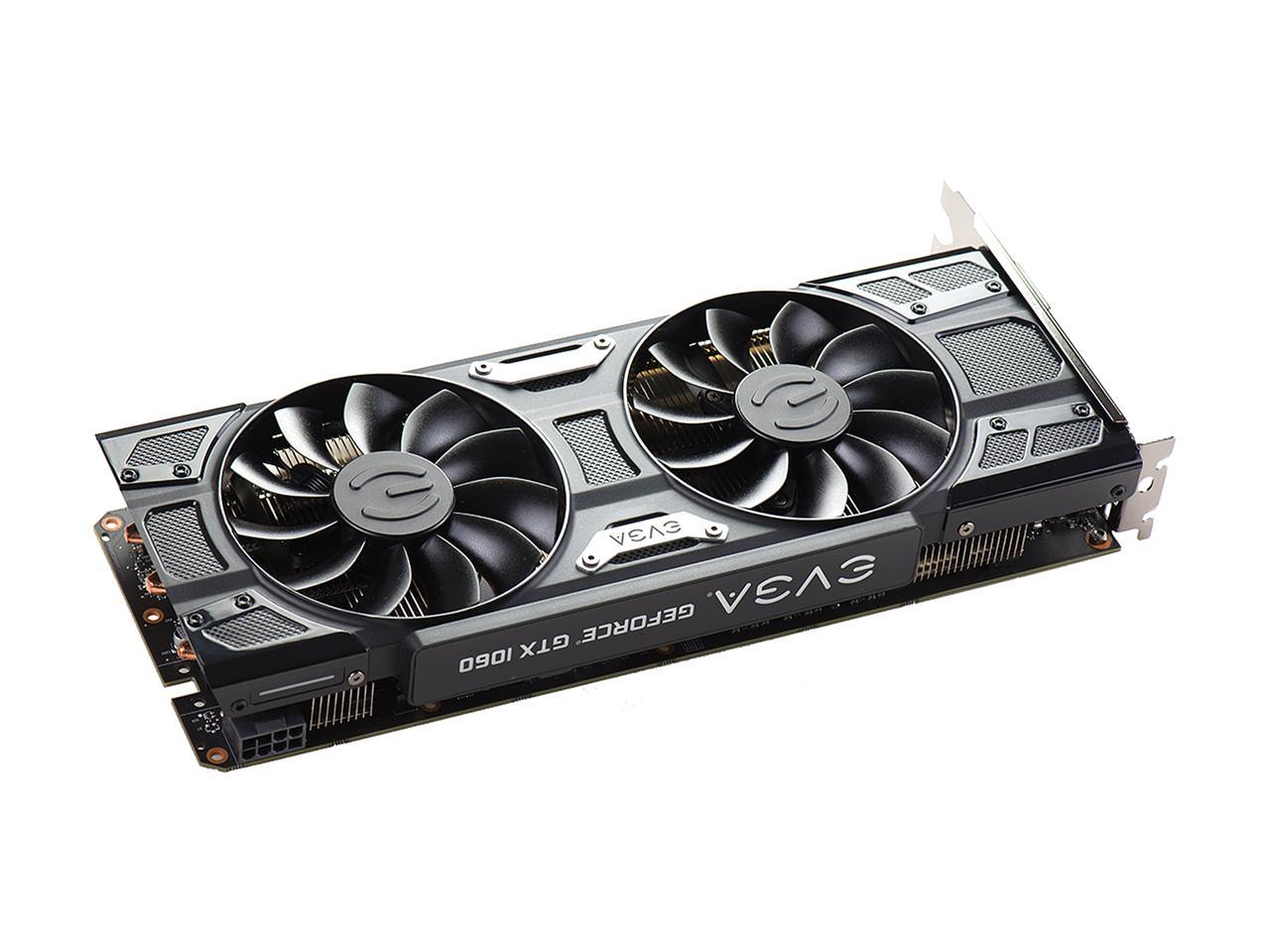 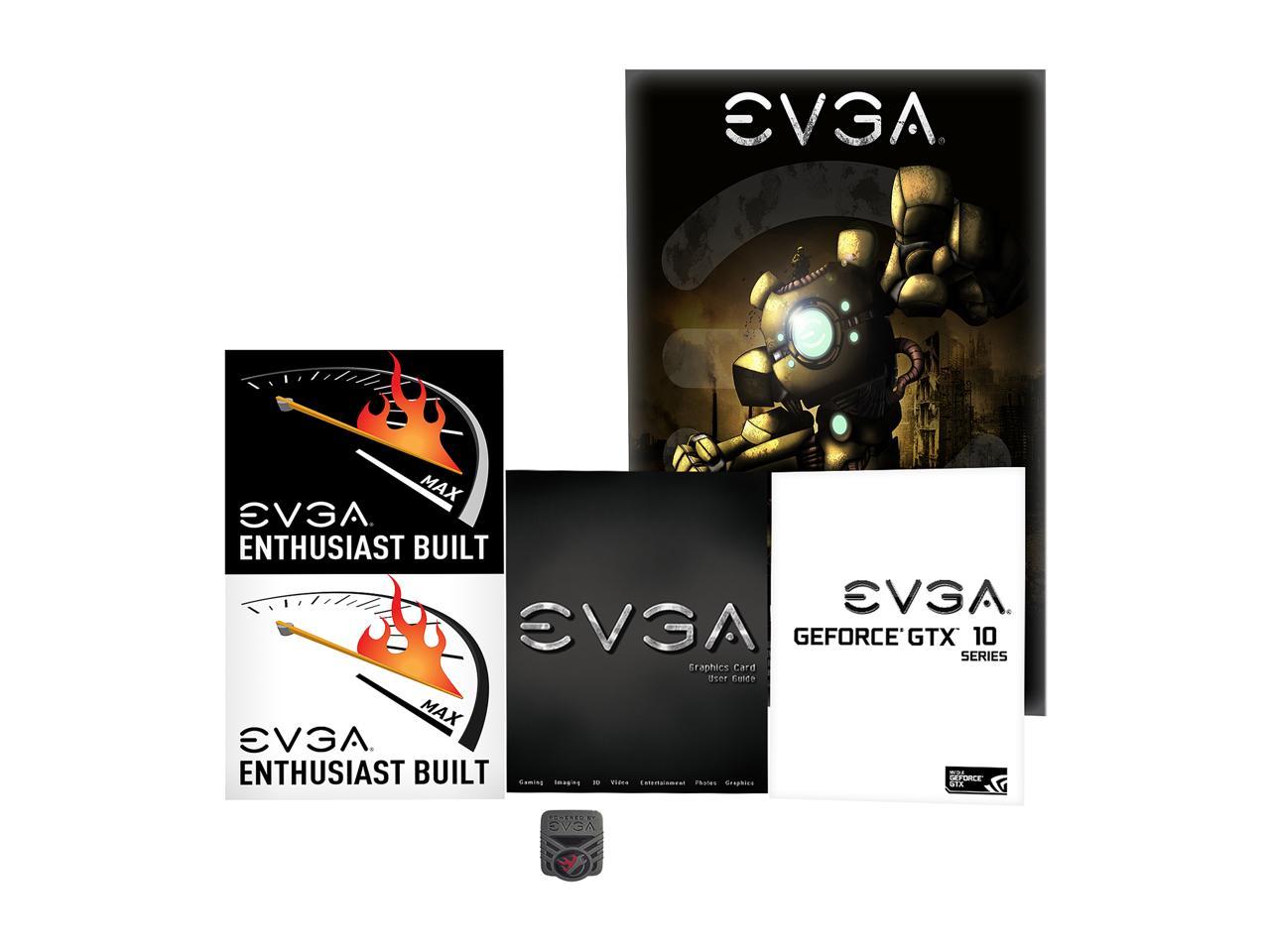 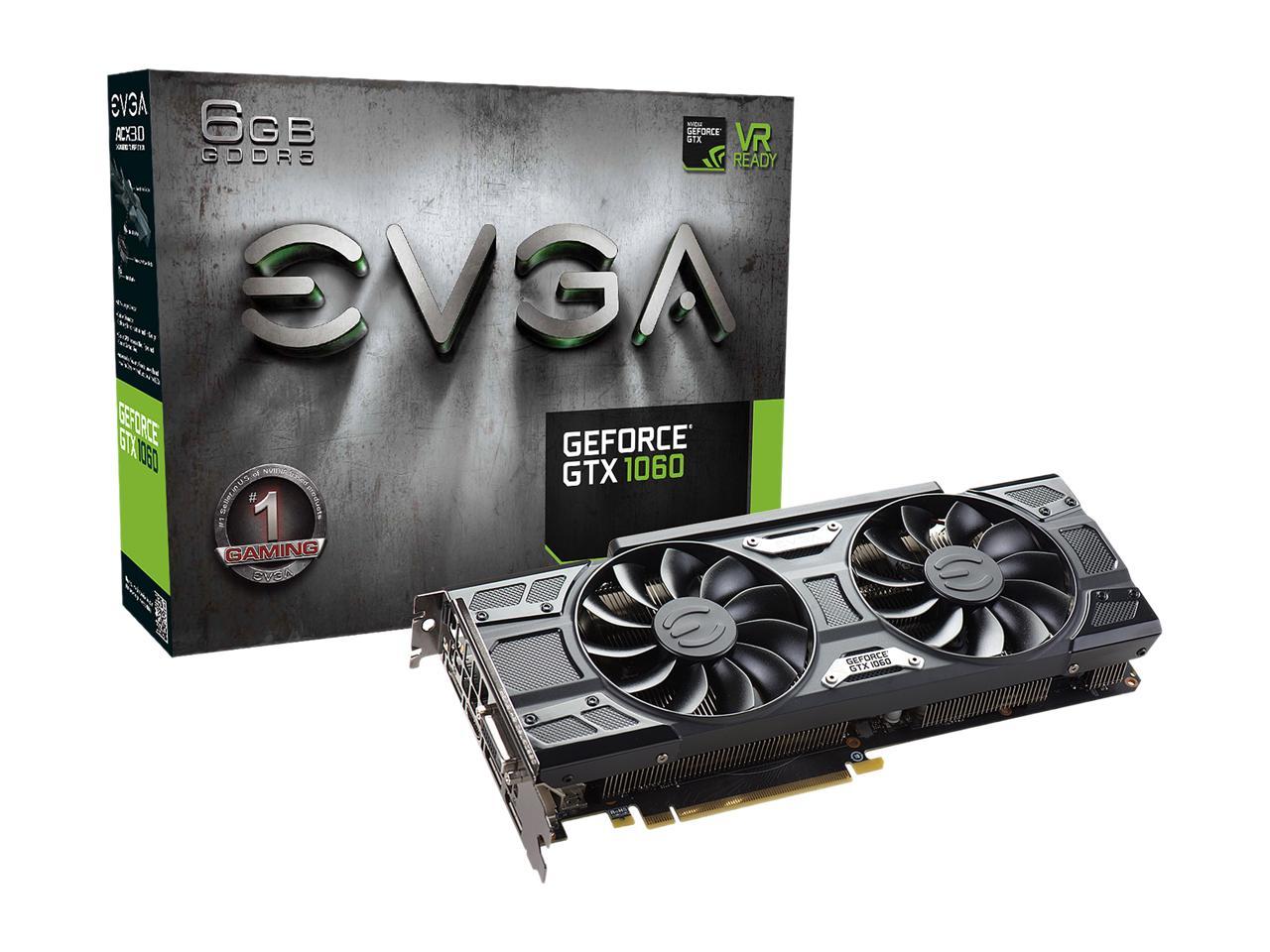 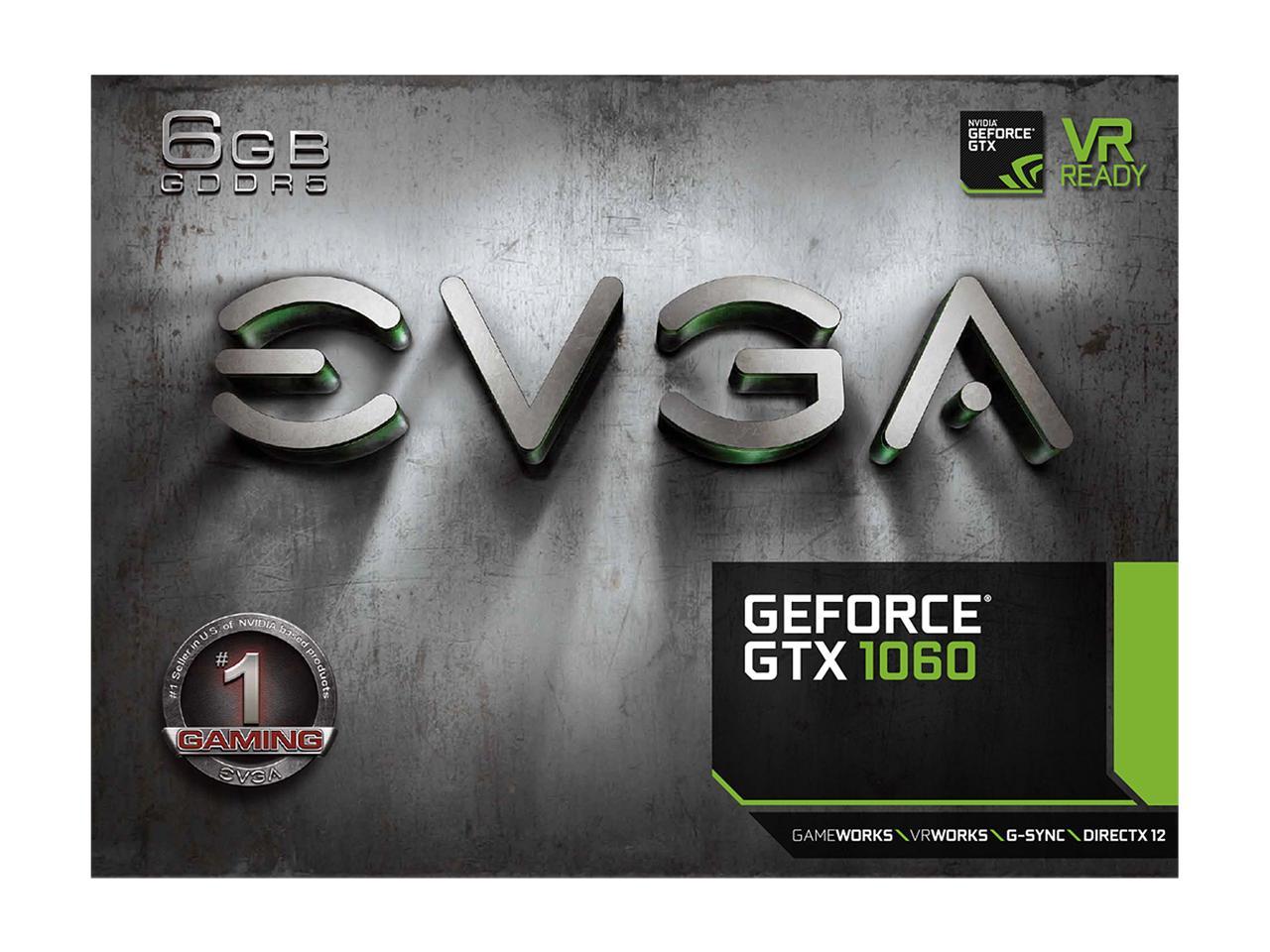 The era of VR gaming comes. Now step up to EVGA GeForce GTX 1060 Gaming Video Card, and put the full potential of VR gaming into your hands. The EVGA GeForce GTX 1060 is driven by the new NVIDIA Pascal architecture and the latest gaming technologies, enabling truly game-changing performance with captivating sights and sounds, as well as next-generation VR performance. Combining with the EVGA Precision XOC software, it enables easy overclocking for maximum performance.

Worry about the blistering heat generated by overclocking? Relax! The EVGA ACX 3.0 cooling system delivers superior heat dissipation performance that keeps the GPU cool under even the most intense gaming conditions. Moreover, the ACX coolers use more than 4X lower power than competitors, unlocking additional power for the GPU. Enjoy better and more stable overclocking.

The EVGA GeForce GTX 1060 graphics card is loaded with innovative new gaming technologies, making it the perfect choice for the latest high-definition games. Powered by NVIDIA Pascal – the most advanced GPU architecture ever created – the GeForce GTX 1060 delivers brilliant performance that opens the door to virtual reality and beyond. The card is designed for the PCI Express 3.0 bus architecture, offering the highest data transfer speeds for the most bandwidth-hungry games and 3D applications. It also maintains backward compatibility with existing PCI Express motherboards for the broadest support.

Pros: This card stays really cool. I have OC it and haven't seen temps over 69 degrees and also the card stay really quiet at those temps. OC's really well I have got 250 on the core clock and 250 on the memory stable. Feels really well built and looks nice. Amazing performance for $249 (with the mail in rebate)

Cons: I wish it had 2 HDMI ports instead of more DP. Some of the EVGA Precision XOC aren't working for AMD CPU builds

Overall Review: This card is really long and might not fit into smaller cases, Mine barely fits so be aware of that.

Pros: Dual fans, great overclocking potential, quiet and cool, only requires one 8-pin power connector excellent performance for people still using 1080p like me. Upgraded from a GTX 770 SC 2gb, and I'm getting double the framerates in some of the newest games, thanks to the Pascal architecture and extra VRAM.

Cons: If you're gonna game in 1440p or 4k then you should look into the 1070 or 1080. This card is pretty large so make sure you have plenty of space, if you don't have it then go for one of the single fan versions.

Overall Review: Would definitely recommend for people still using Kepler and older architectures. Also one thing I like is that if you look at the third pic where it says EVGA Geforce GTX 1060 on the top of the card, that's back lit with a white led so if you have a case with a window it just looks cool.

Pros: I've had no problems with this card so far it installed into my small case, just had to move somethings around

Pros: I've had this for a bit now, and haven't actually played a game that could challenge it. Though I will say I was able to boost my graphics up for everything else I play, so it's been good so far.

Cons: The Power connector on the card itself is very flimsy, and I couldn't get the factory dual plug into the connector. Thankfully the power supply I have has those built in, and I could get it in there no problem.

Pros: - quiet; at stock settings fans don't spin while on a desktop nor while gaming. Fans don't turn on until ~63 degrees and then only at <500 RPM. - easy to overclock, and when I overclocked i used one of the built in fan profiles

Overall Review: - The Presicion XOC is a bit busy. Probably a bit more intuitive if I had a touch screen.

Pros: So far great. Iproved fos as expeceed. Sleek looking card. The bundle helped me incredibly to finish my “I need better FPS” budget build. I approve and recommend this purchase. Lol.

Pros: I'm nowhere near an expert on computers, and I recently built my first computer just two months ago, but I can say that this graphics card has handled everything I've played so far. It handles ultra settings on many games and on the higher end games, it runs close enough to max settings to get your money's worth. I highly recommend for a mid-range computer or for your first build. I also got this on sale for $250 so that was a huge plus

Cons: No cons so far, I will update if I run into problems.

Overall Review: I would highly recommend measuring your case thoroughly before buying this, as it is a very wide graphics card and barely fits in my case. I'm overall very satisfied and suggest this for a budget build if you can catch it on sale.

Pros: -Great for 1080P on high to ultra settings -Plays amazingly on my 27inch 144hz 1080p monitor -Pushes well over 100-150 fps on every thing i have played with out being overclocled

Overall Review: Great card. I got it with the $80 off code and Destiny 2. More then enough muscle to play if you are running at 1080p and a lot of room to overclock with out getting overheated. If you plan on going to 1440 or 4k invest in a gtx 1080. But on a budget and you are fine with 1080p grab this card and you wont be disappointed.