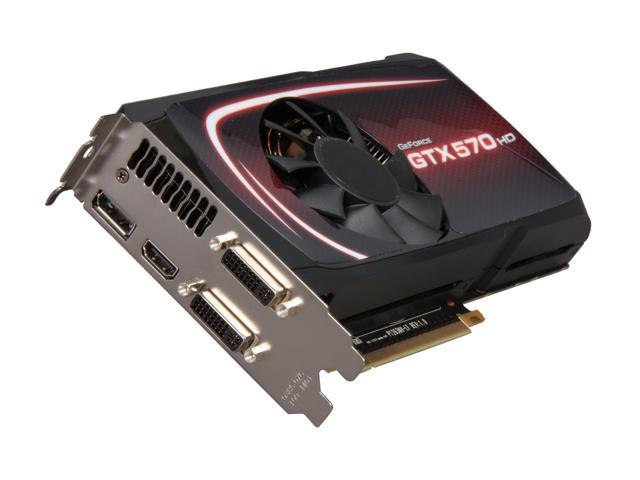 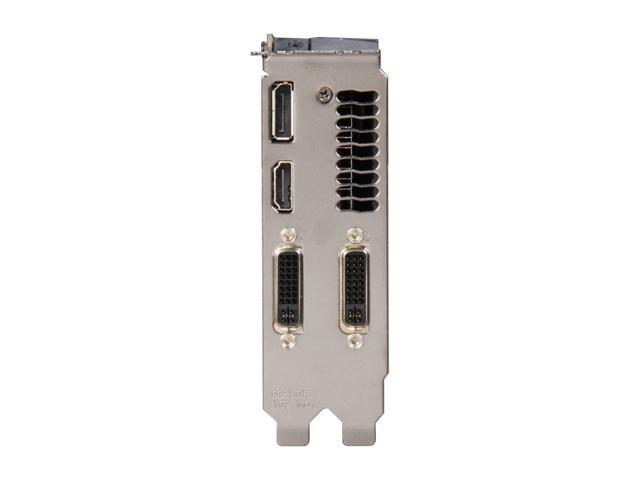 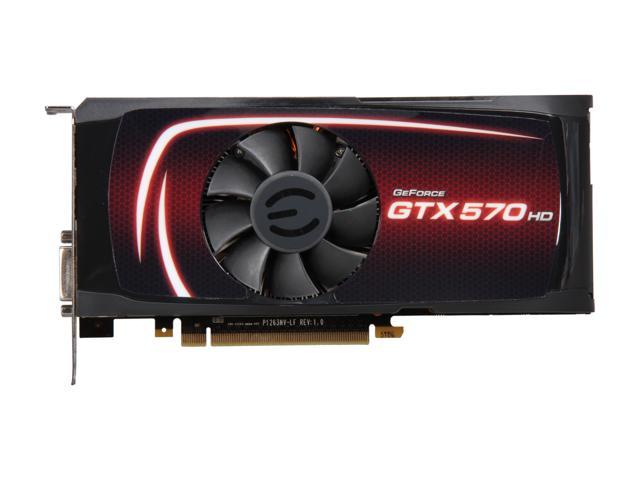 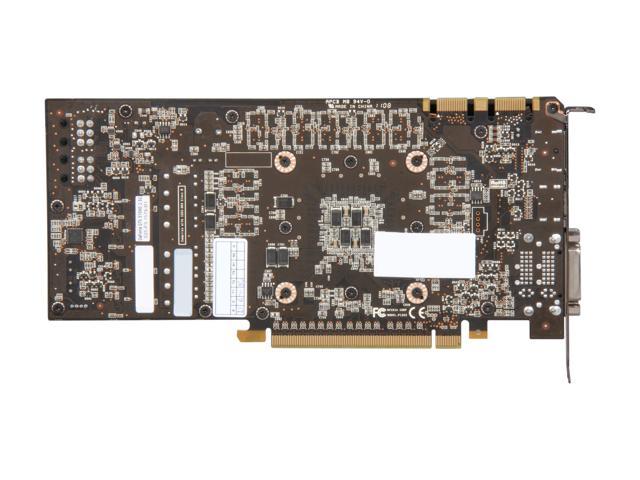 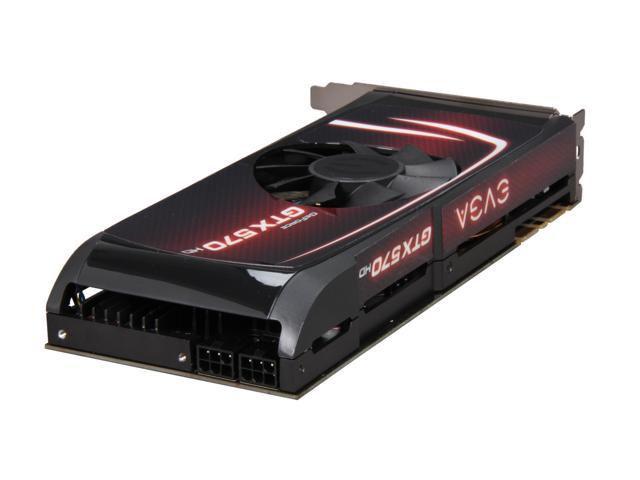 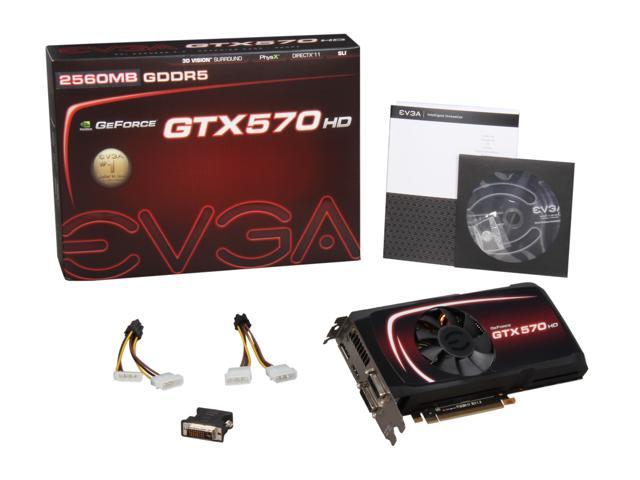 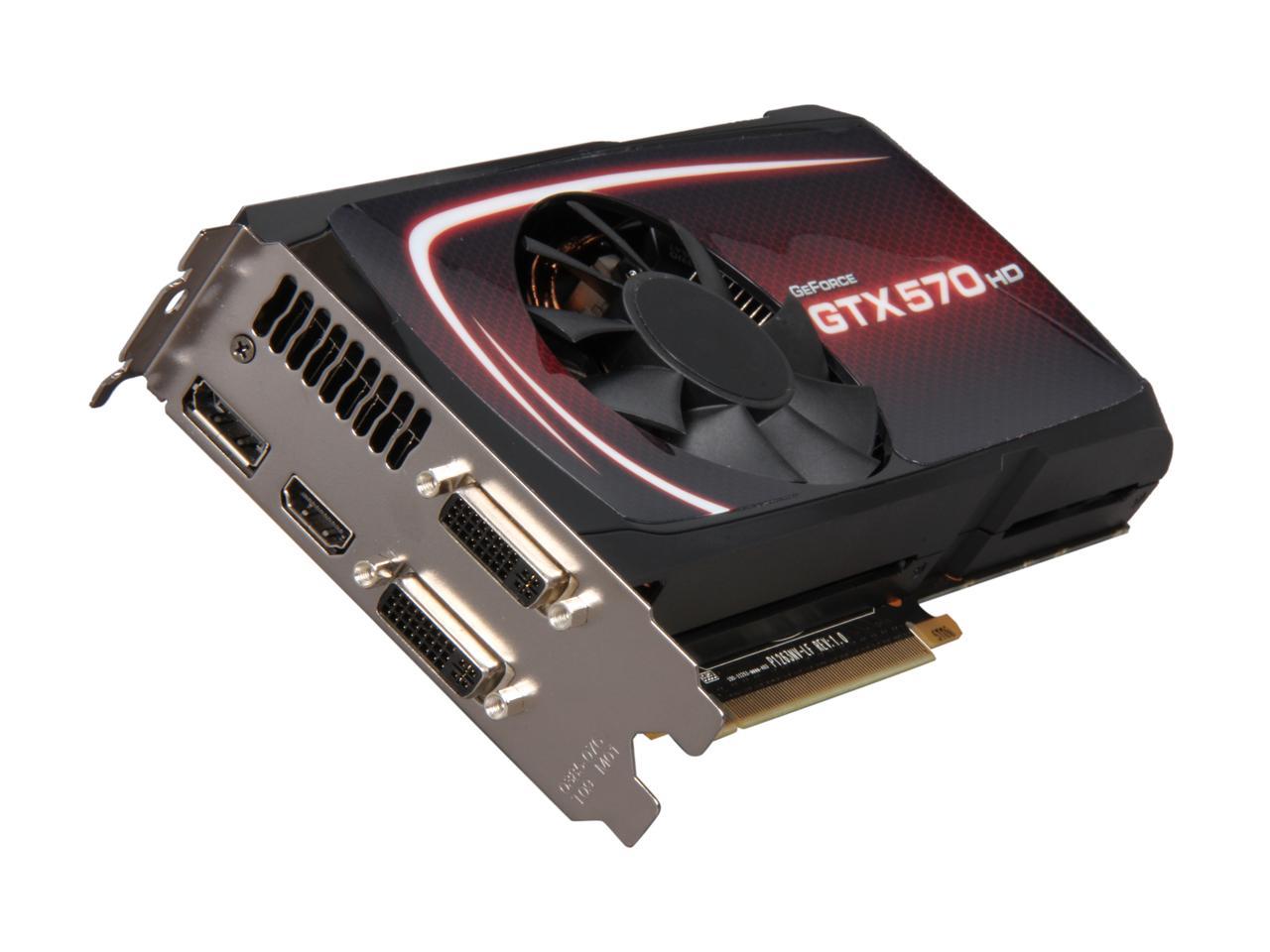 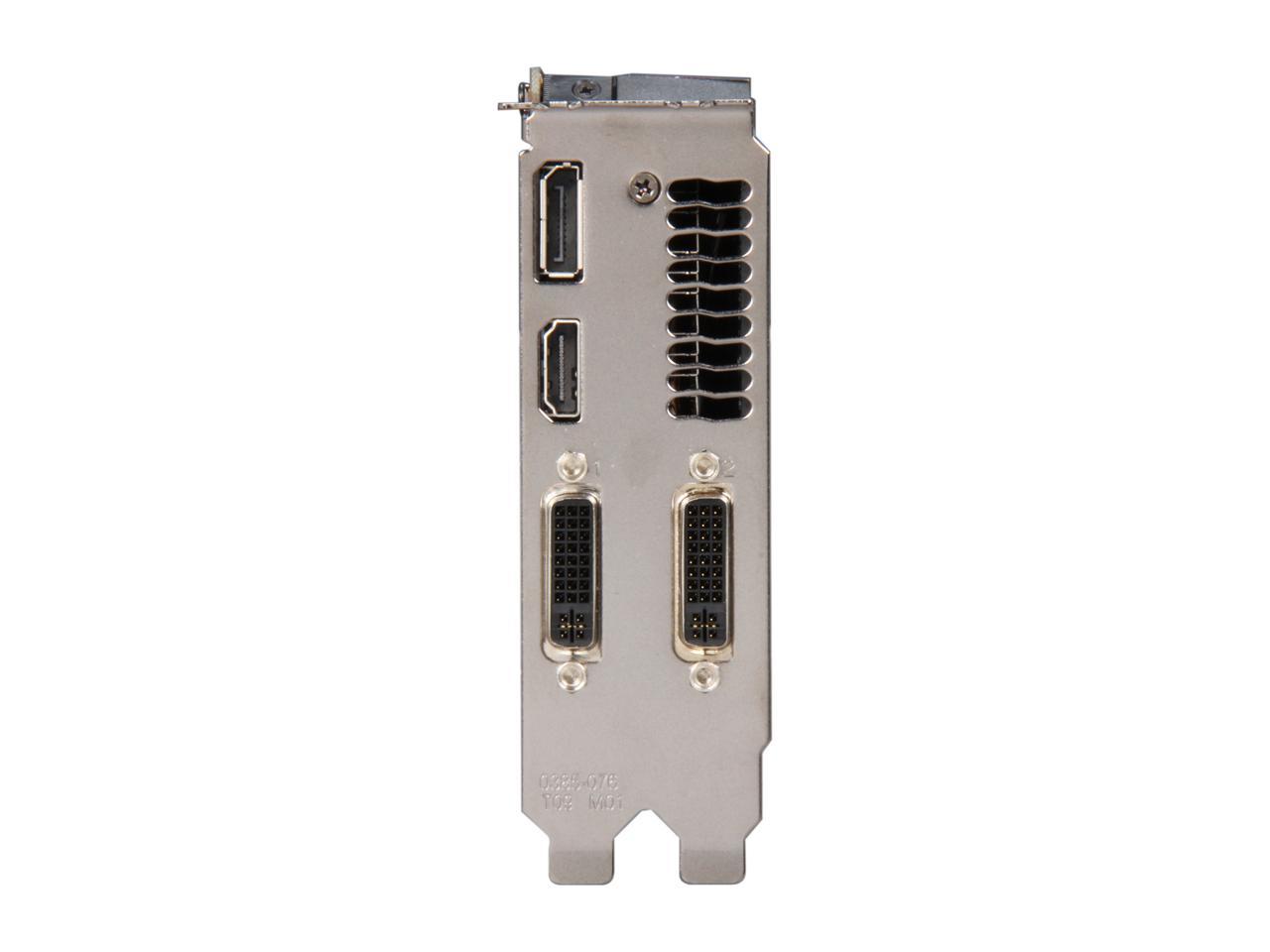 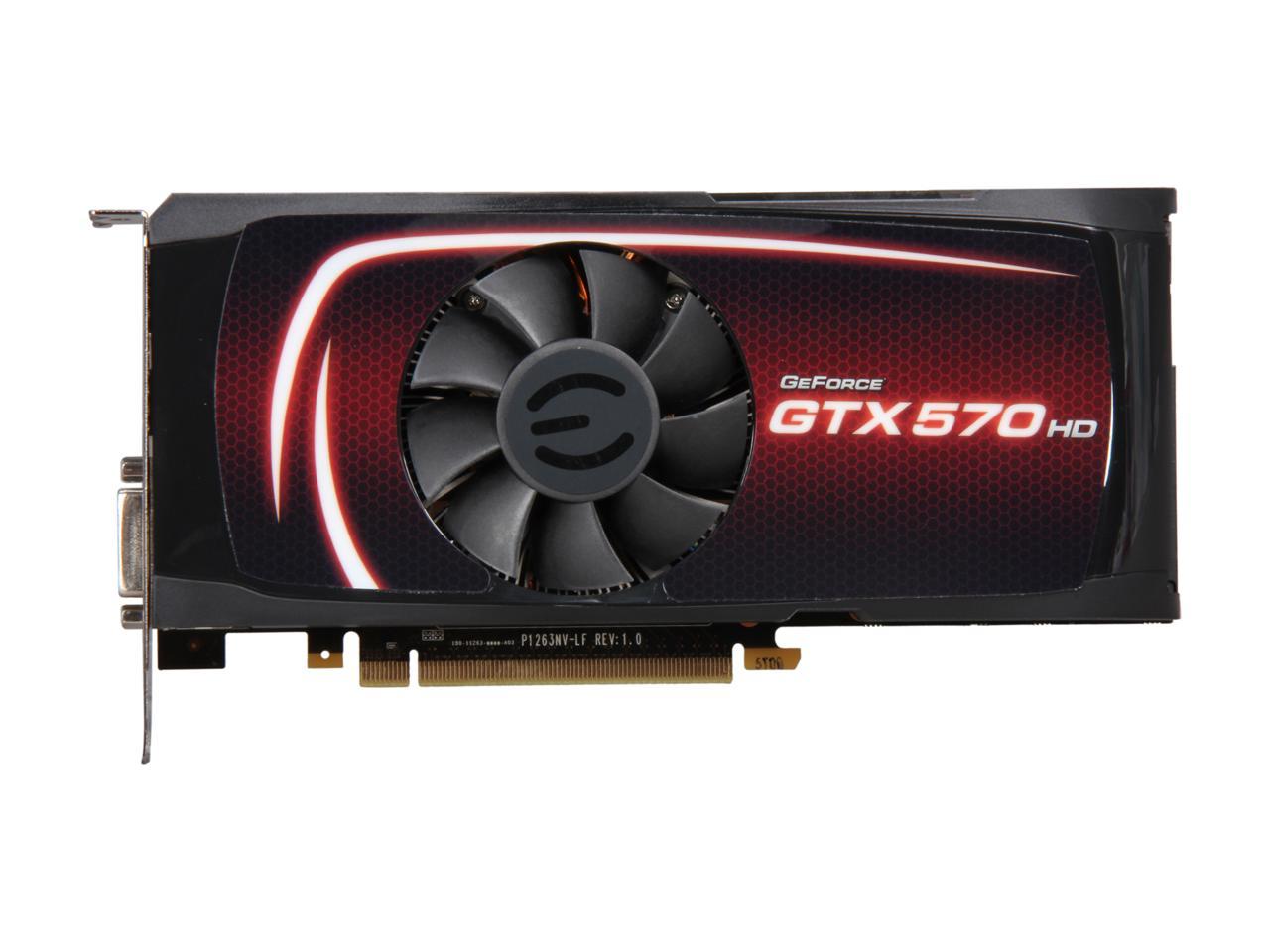 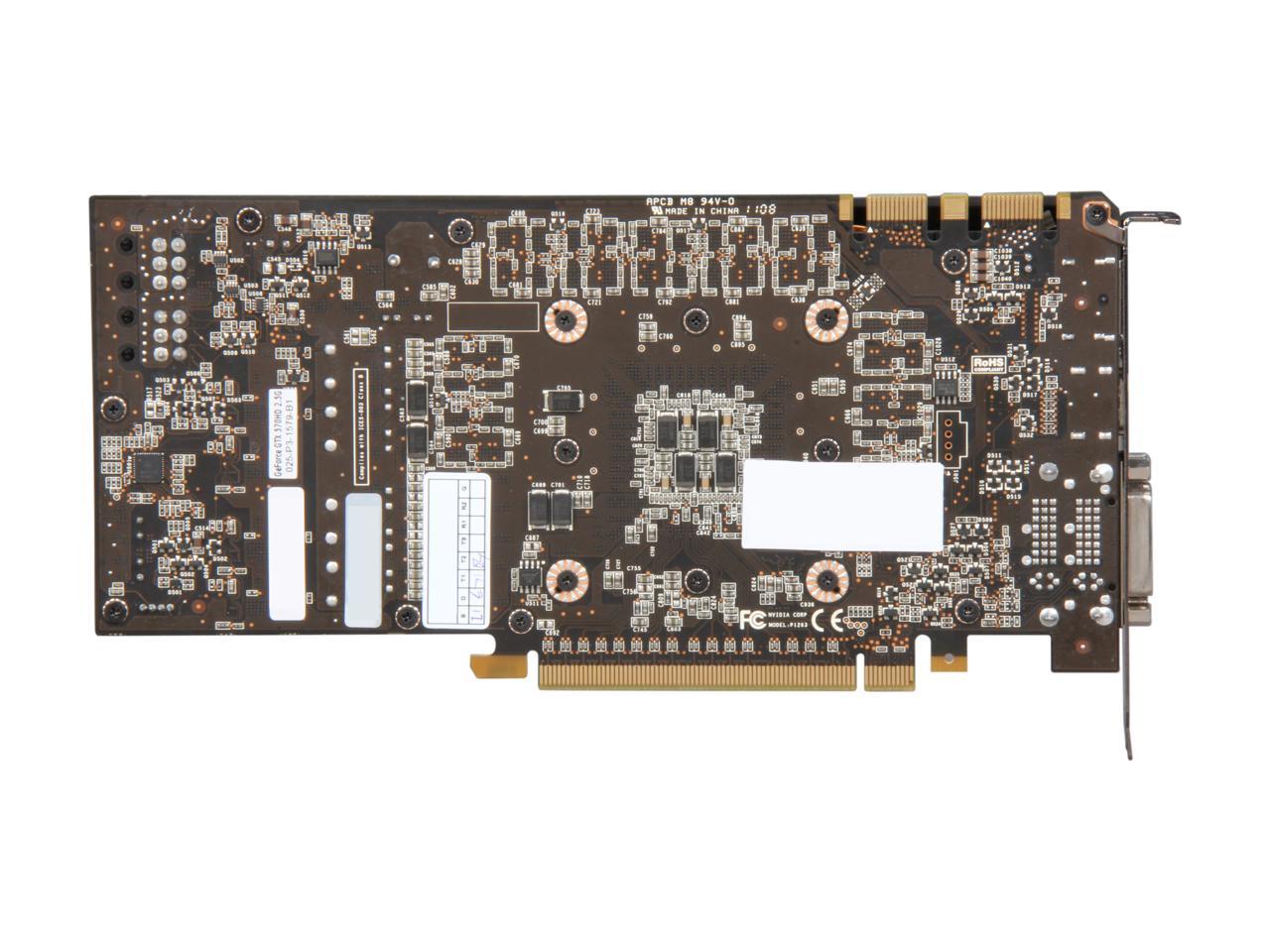 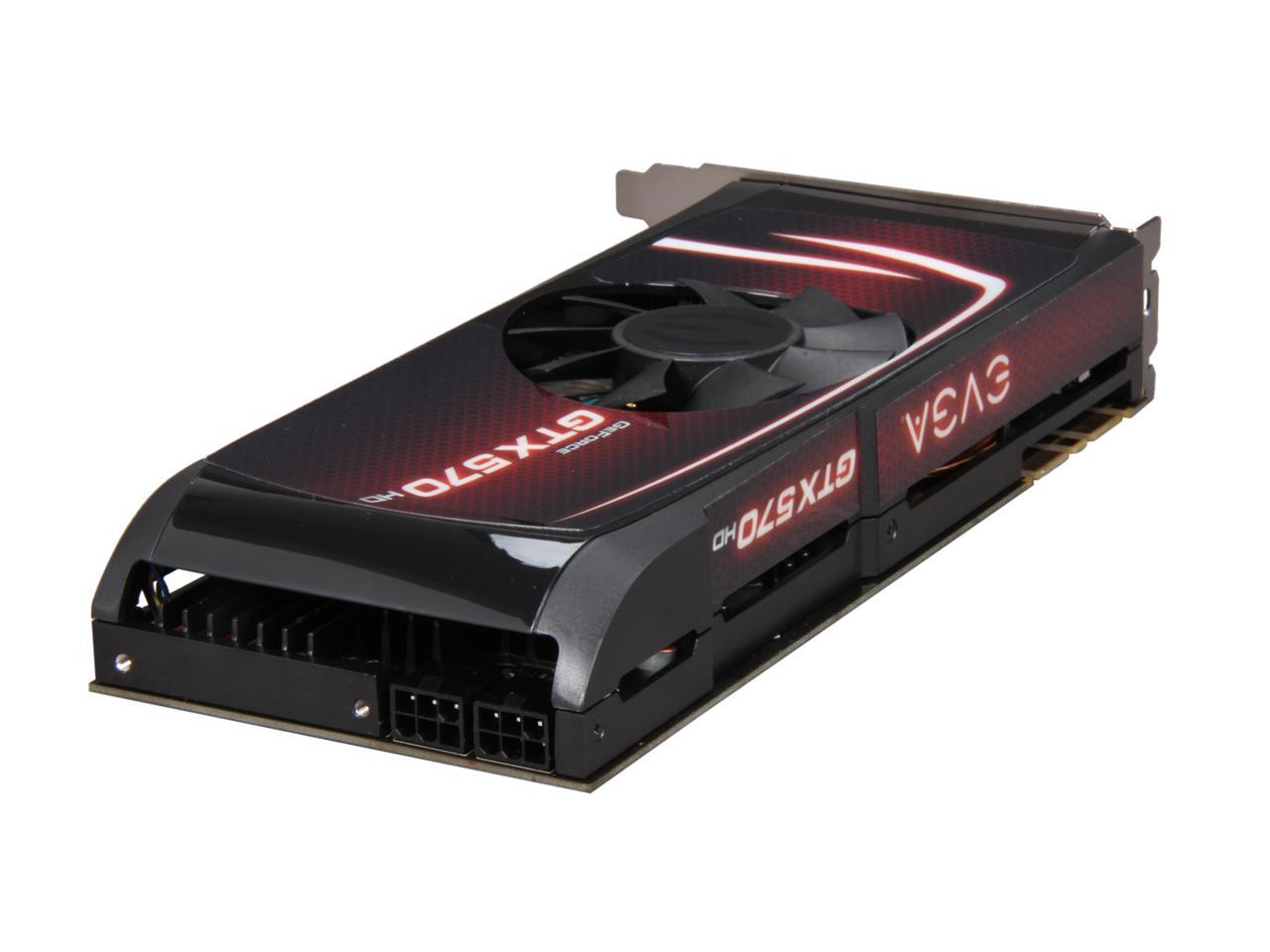 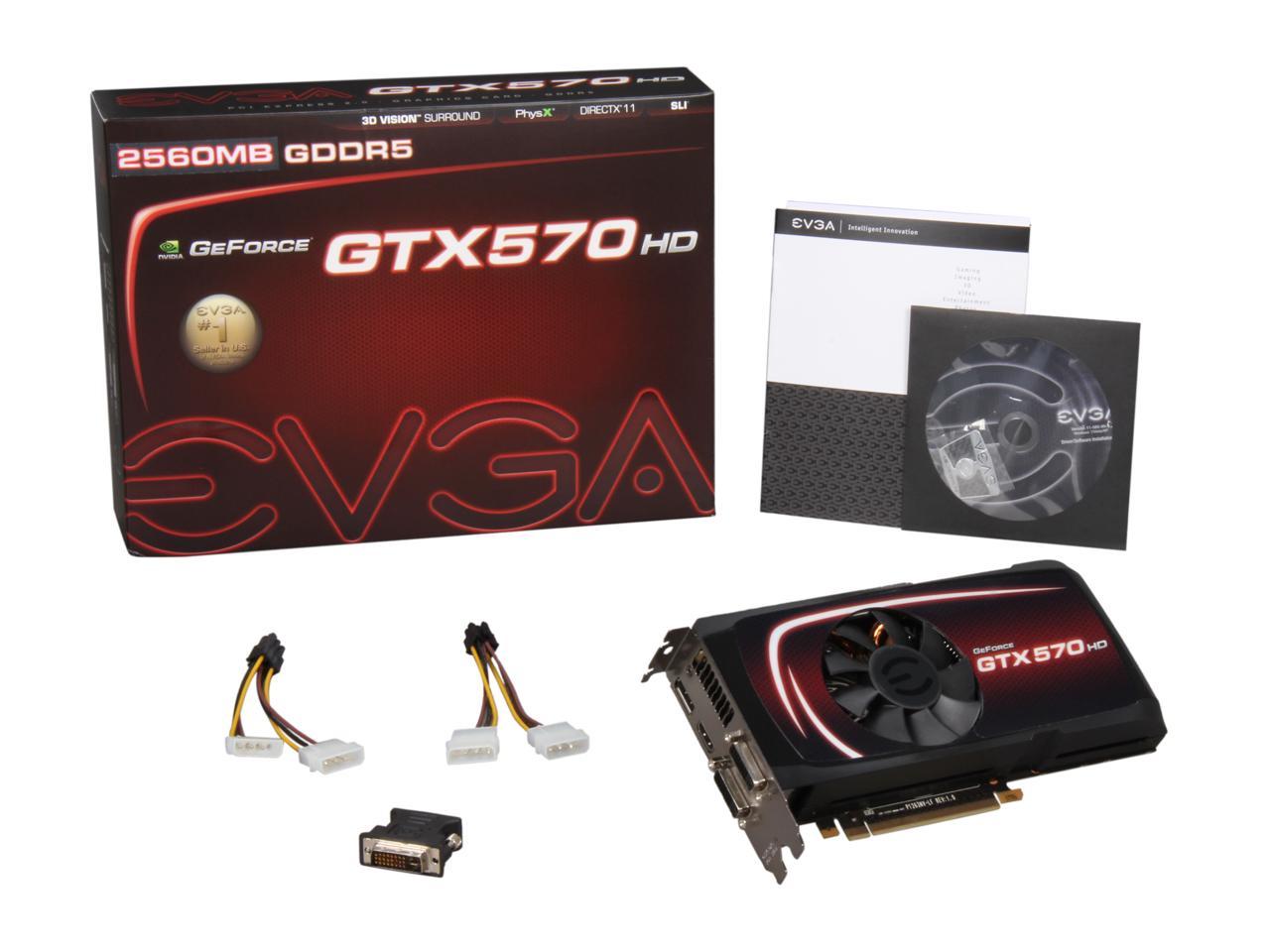 (180) Write a Review
See more "gtx 570"
In stock.
Ships from United States.
Most customers receive within 3-9 days.
Overview
Specs
Reviews
Introducing the EVGA GeForce GTX 570 HD 2560MB. Enjoy blistering fast DirectX 11 performance, including tessellation performance that destroys the competition. Experience a whole new level of interactive gaming with SLI and combine up to three displays for the ultimate in 3D entertainment. And as you have come to expect from the GeForce GTX GPU, the GTX 570 packs support for all the premium GTX gaming technologies such as NVIDIA Surround, 3D Vision, PhysX and SLI. With these features and more, the EVGA GeForce GTX 570 gives you more than one way to elevate your experience.

Cons: Fans are loud. Price. Makes your room hot in the summer.

Pros: Card runs everything but BF3 at top settings. I went with SLI and scored 10,000 higher on my benchmark software which was great. I didn't see any difference in BF3 or my other games so I pulled the second card and put it in my grandsons box and now we both have great graphics when we play. I own 6 of this manufacturers video cards now with the oldest being purchased in 09. It is still running just fine so I keep buying this brand. I did a tone of reseach before I purchased the first one and they have always been there for the buyers when problems occured. Electronics break and it is good to know they stand behind the products. Thank you!

Cons: Card runs everything but BF3 at top settings. I purchased a second card and went with SLI and I still can't run BF3 at top settings. How are these other people who claim to get them to go at the highest settings getting it done with less horsepower that I have? I have the I7-3820 Quad Core processor and 16 Gig of Ram plus a 128 Gig SSD drive and I can't get it done. I am so confussed!

Overall Review: Video card pricing is as aggravating as gas prices! I paid $400 each for these and 60 days later they are $100 cheaper. Not going to dock Newegg or EVGA for this I just wanted to whine a bit lol. These get down another $100 I am buying 2 more.

Pros: -Beefy gpu to keep up with all your games -Feels great to max out any/all settings, even at 1080p -lots of ram to help keep up with future games -no foreseeable need to OC the card, I play at 1920x1200 @ max

Cons: -fans are loud -I wouldn't OC this with stock HSF, but others seem to be able to -I wouldn't use the "auto" setting for the fan, set it to a manual value (I use 65) -Stock fan settings aren't optimal if you are paranoid about temps

Overall Review: Stock fan setting is "Auto" which chooses silence over cooling. I find that it never seems to spin high enough to keep the card adequately cooled. I know the safe temps can go pretty high for this card, but personally I don't like temps being in the 80s and up. I have a case with a lot of cooling/fans (several 120s, 1 big 220 at top of case), also I have some ambient white noise in my room (oscillating fan). So with that scenario, here are my temps/noise levels: Fan setting: AUTO (hovers at 40-45, 40 is lowest) barely heard at all, very quiet OC scanner stresstest: 86c Fan set to MAX (85): Very audible, a bit high pitch, louder than all other fans, heard with headphones on (a bit) OC stresstest: 66c Fan set to Manual (65), this is what I use when gaming, can't hear it over other fans, not too bad. OC stresstest: 73c Idle (overnight): early 40's Browsing/media playback: 47-52c My setup: i7 920 oc @ 3.67ghz, HT on 12gb 7cas ddr3 ~1400mhz 1920x1200 res.

Overall Review: Got this card as a replacement for a HD 5950 1GB. The big Dell Flatpanel was choking the Radeon, so I knew I needed 2GB+ DDR5 in replacement card. This card filled the bill PERFECTLY. Can run TWO instances of World of Warcraft at 2560x1400 using DX11 and ULTRA settings with little to no lag. My DPS increased SIGNIFICANTLY after switching to this card. This card is the absolute SWEET SPOT in terms of bang for the buck value...

Pros: great card after some heart attacked and manual adjustment.

Cons: Before install, CHECk the big sticker on the side the fan is on. Make sure it is not cutting into the fan. Read below.

Overall Review: Long story short, took me about 20 minutes after plugging in and running the card to realize the big sticker in the front (the side the fan is on) was taped down so offset to where its suppose to be. Basically it was so bad that the sticker was holding the fan in place and the fan wasn't spinning at all. Only reason I noticed was due to that I smell something a little wonky, and that the side of my case is see-through that i notice the fan on the card was not spinning. I immediately took out the card, ripped the big sticker off and plug it back in. after that the fan spins fine and the card works great. did the benchmark and good performance.

5 out of 5 people found this review helpful. Did you?
Manufacturer Response:
Hello, I do apologize if you fan was off center. Can you please contact me directly, Matth@evga.com, so I can assist you with this. Regards, Matthew Hurwitz Assistant Product Manager
Dave G.
Ownership: 1 week to 1 month
Verified Owner
Awesome card!!12/24/2011 10:46:42 PM

Pros: Purchased two of these beasts SLI for my rig; great cards both in cooling and performance!! Most game temperature stays around 62c-68c in my Antec 1200 case. Crysis 2 heats them up the most into the high 70c's. The 2.5gig memory is wonderful smoothing out gameplay and handling the textures. Crysis 2 Ultra DirectX11 with high resolution textures averages around 1.7gig constant memory usage on my single monitor 1920x1200.

Cons: None really, only that $390.00 per card is kinda hard to swallow and justify to the wife; got her an Apple iPhone 3GS for Christmas to smooth things over!

Cons: It did not go on sale before I bought it. But that is in no way a con for the card, just my bad timing. Sorry, this is the only con that I could come up with .

Overall Review: I know that Kepler is right around the corner but I never buy a new gen card when it first comes out anyway. Makes sure you download and install the EVGA Precision software. I can not stress this enough. The stock fan speed settings (for all NVIDIA cards) is garbage. Install the software and change the fan speed settings like a stair step. For every ten degrees increase the fan speed by 10%. It makes a huge difference. I am 100% happy with this card and fully recommend it. For the price and the amount of ram this thing has on it, you can not go wrong. Do make sure that you are running a high power power supply to keep this beast fed.

Pros: A powerhouse of a GPU, huge frame buffer, quiet operation, great drivers and control center and EVGA's nice tools for monitoring GPU/VRAM operation and utilization. I really like EVGA's support for their hardware, especially the registered owners section on their website. A good price for what is offered, also, as I explain below.

Cons: The only drawback that I can see is the additional cost for the increased RAM over the 1280MB version; however, it is worth it these days.

Overall Review: I was considering either the 580 1.5GB or this card, and I came to the conclusion that the larger frame buffer, to me, makes up for the minor difference between the two GPUs' processing power. Loading up Crysis 2 on ultra setting with the hi-res texture and DX11 patches, it would consume from 1600MB-2100MB of VRAM. Aliens vs. Predator consistently uses ~2000MB of the frame buffer and it is known that Battlefield 3 on ultra settings requires 1.5GB VRAM. I believe that a larger frame buffer is better and that this will be the norm as more DX11 games come out. I ordered this card before the rest of the system (which is shipping as of this writing) so I replaced my old 4870 1GB in my current system and boy, what a difference it alone made. I can't wait for the rest of the system to get here.