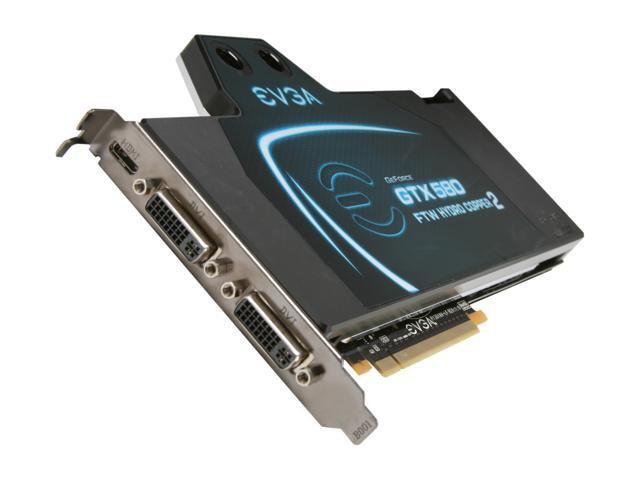 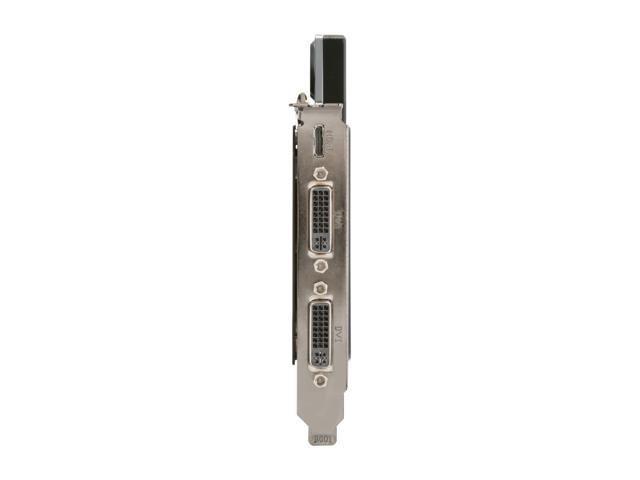 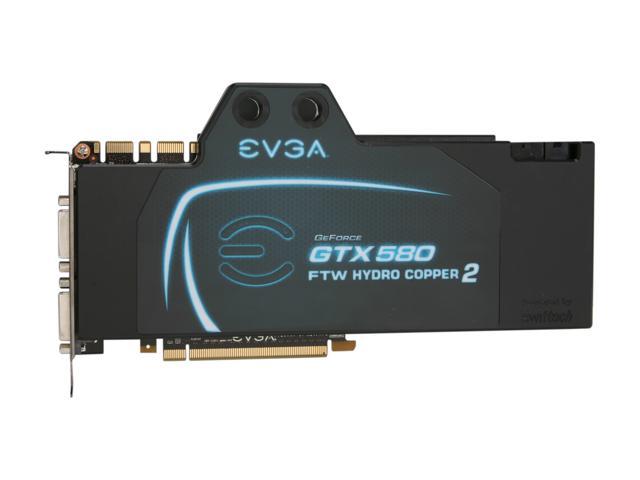 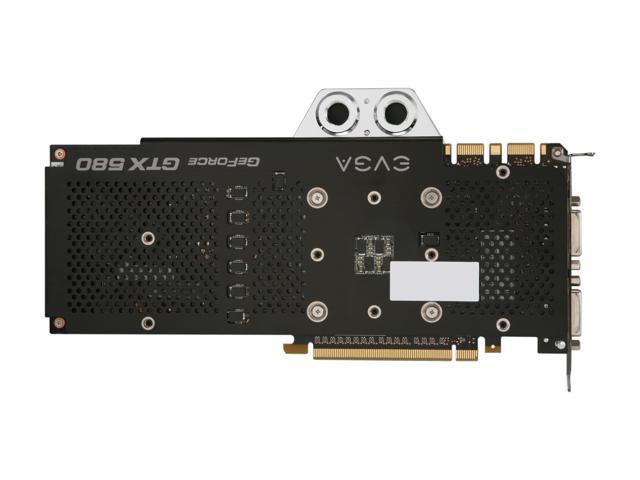 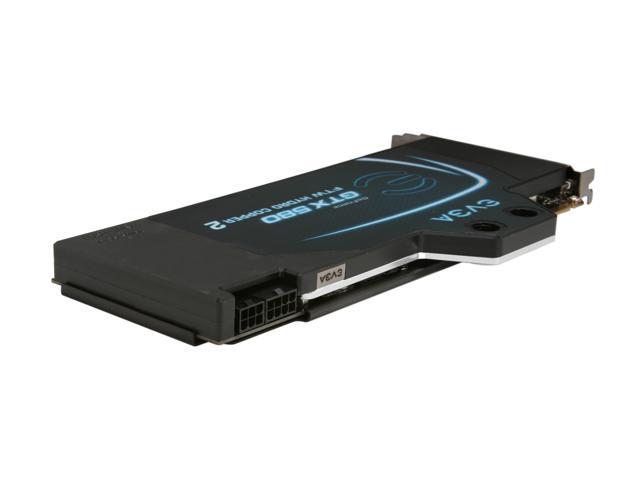 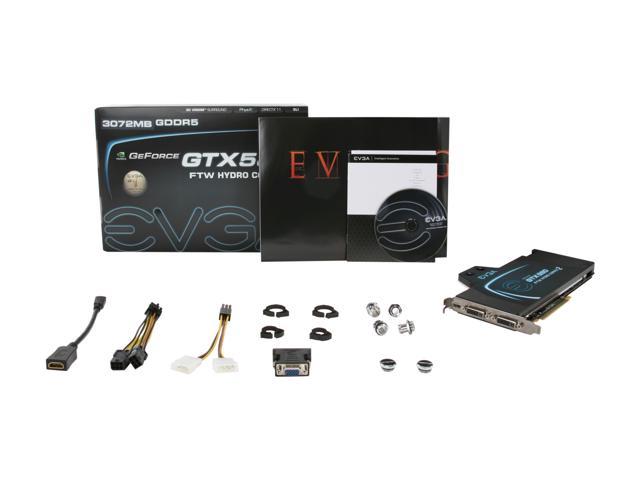 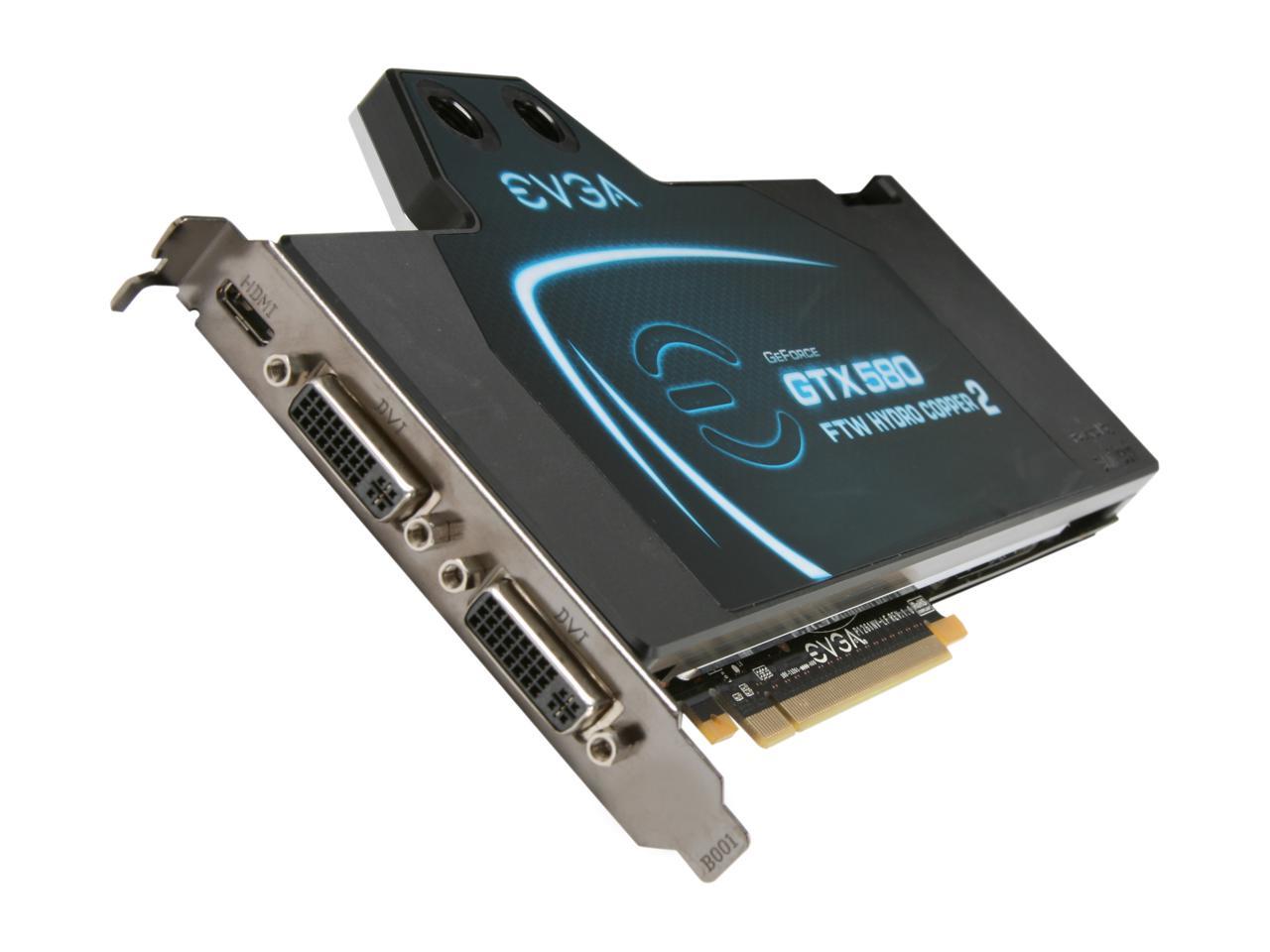 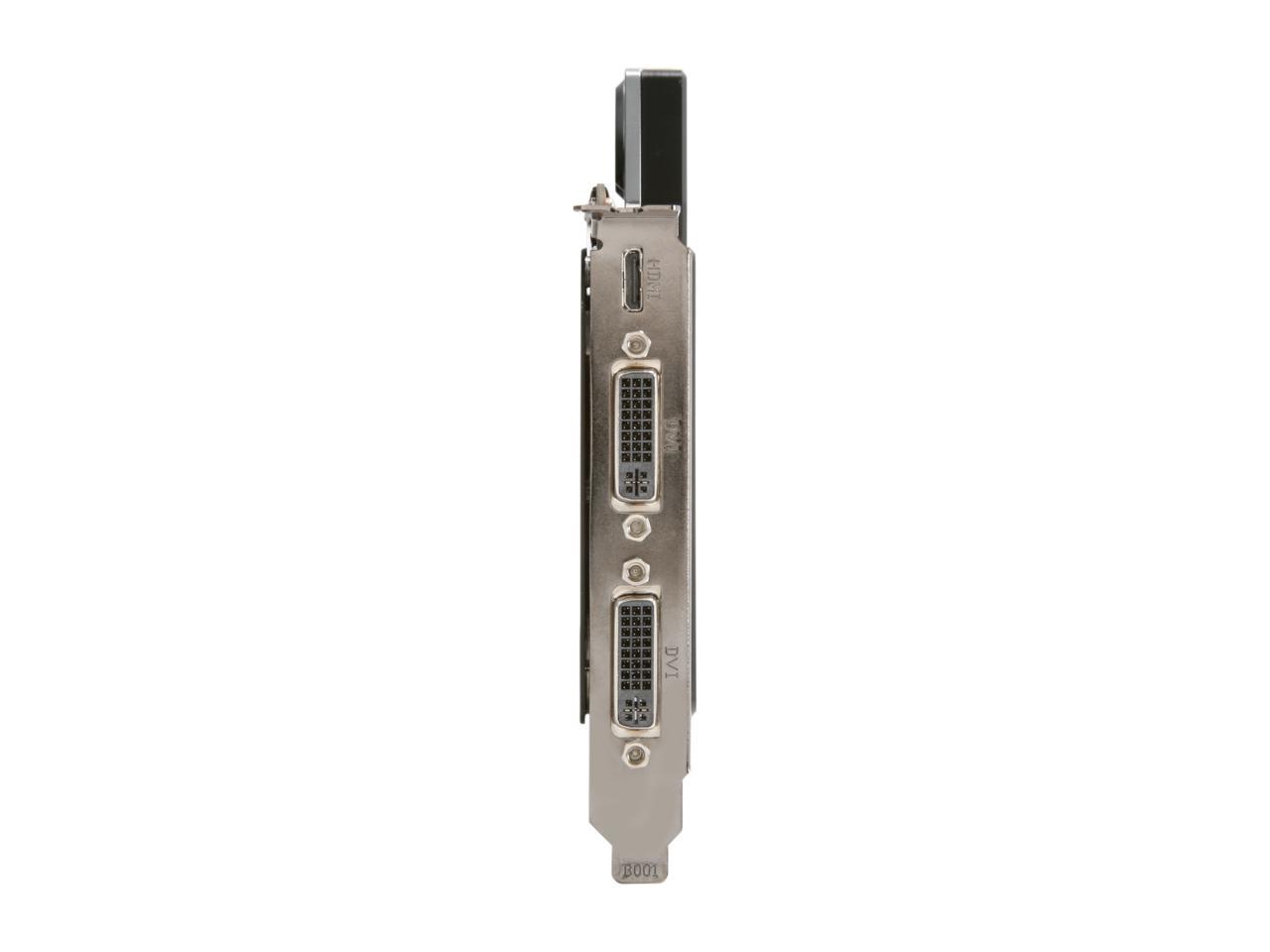 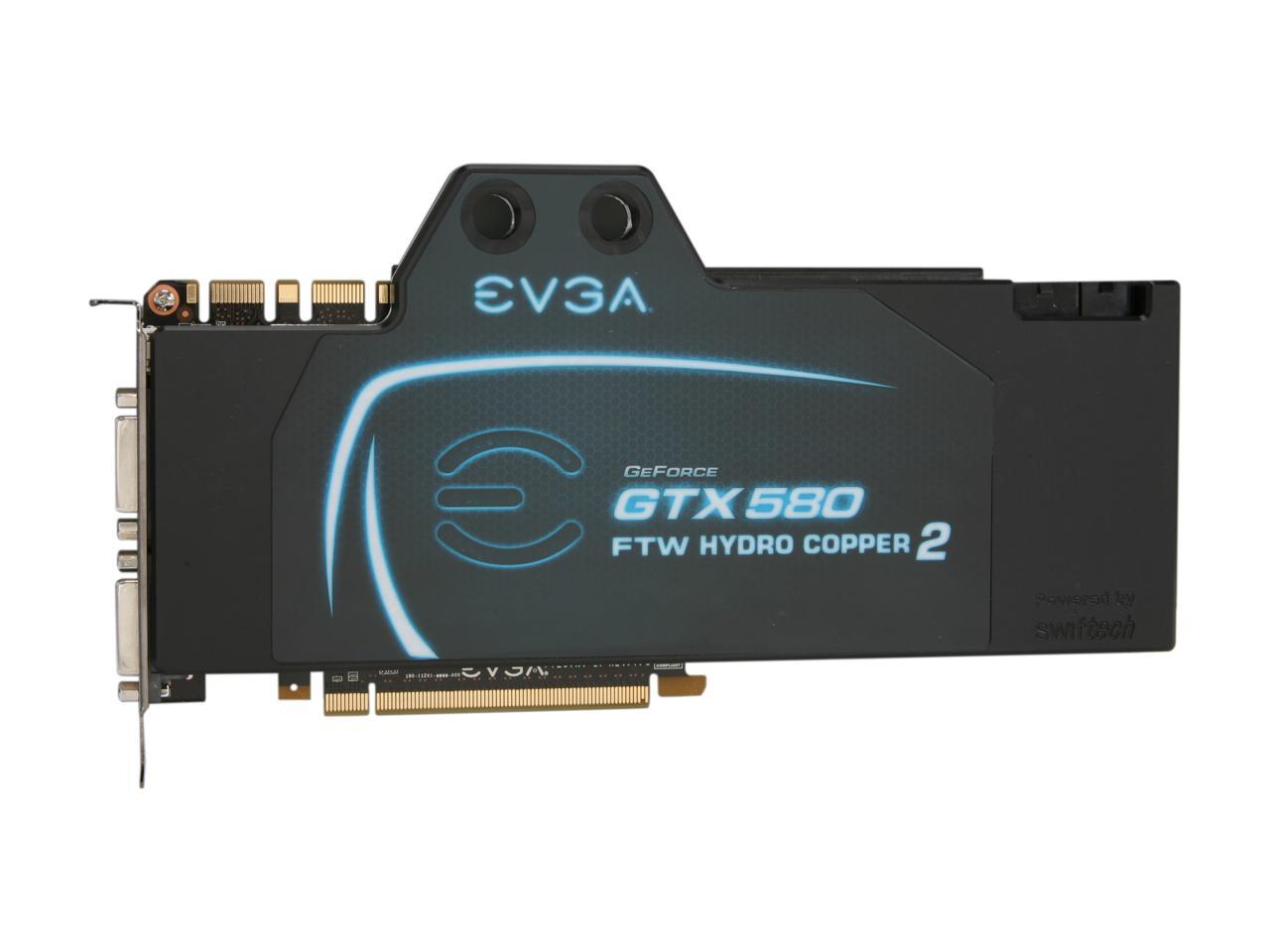 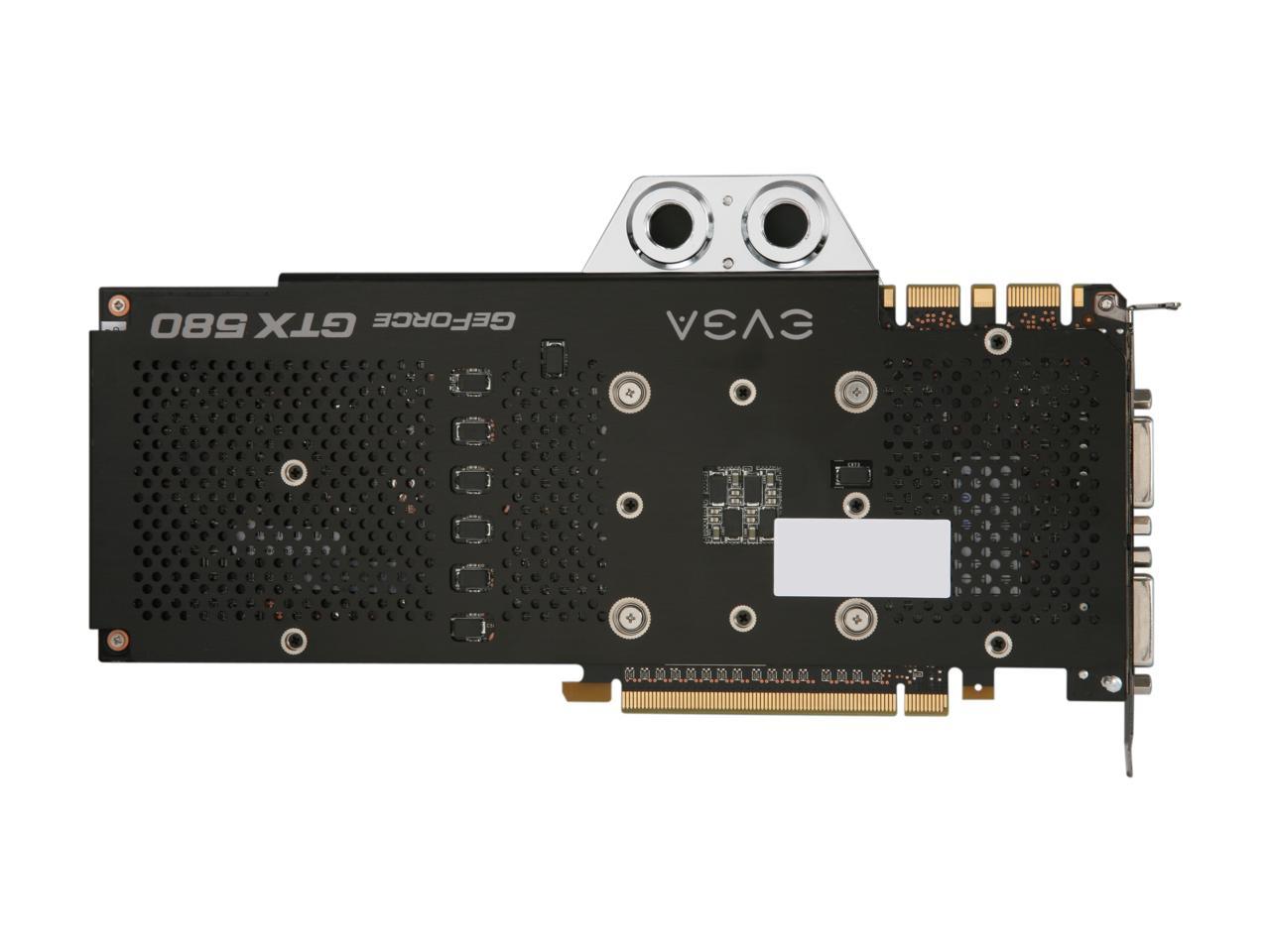 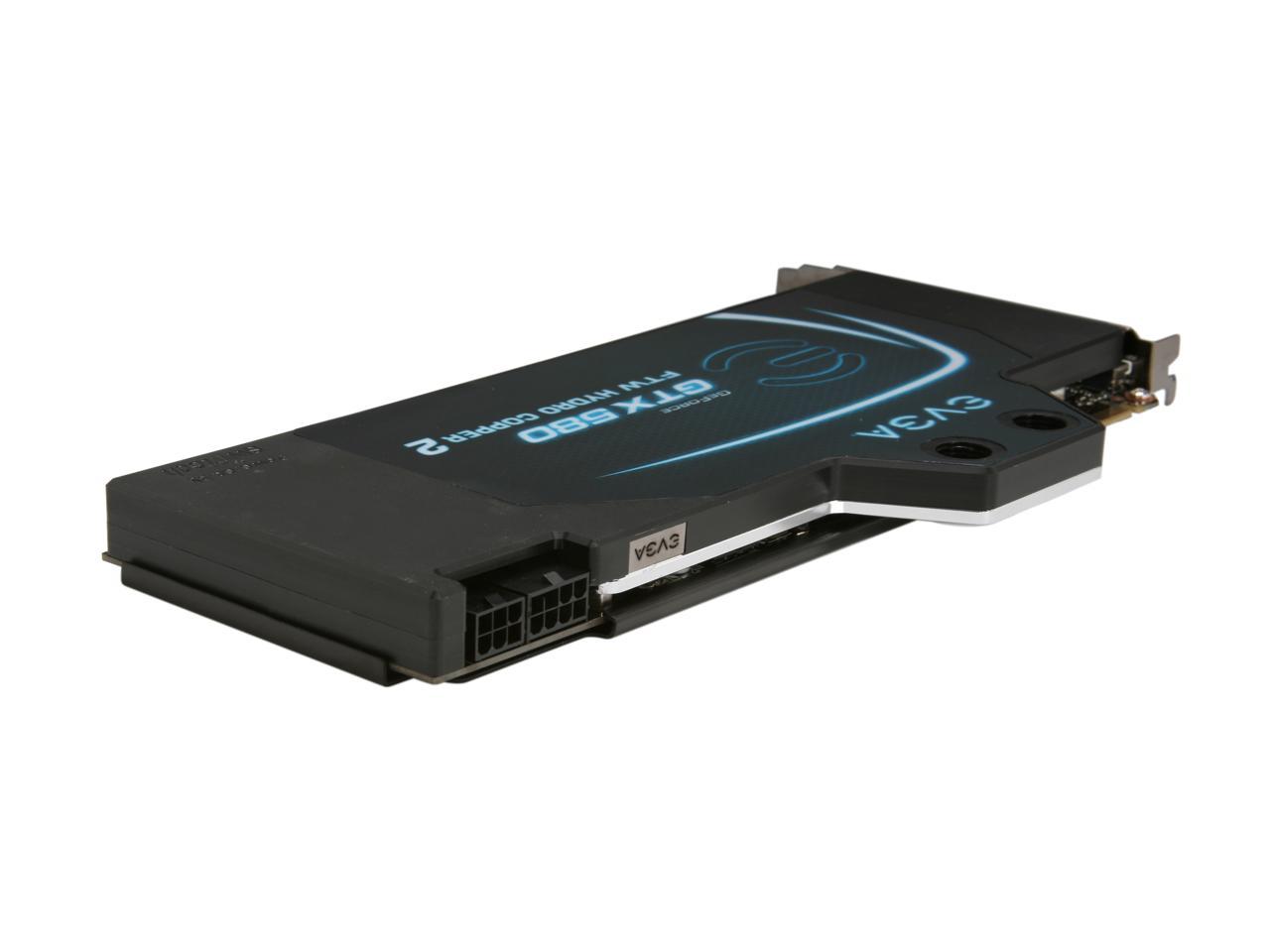 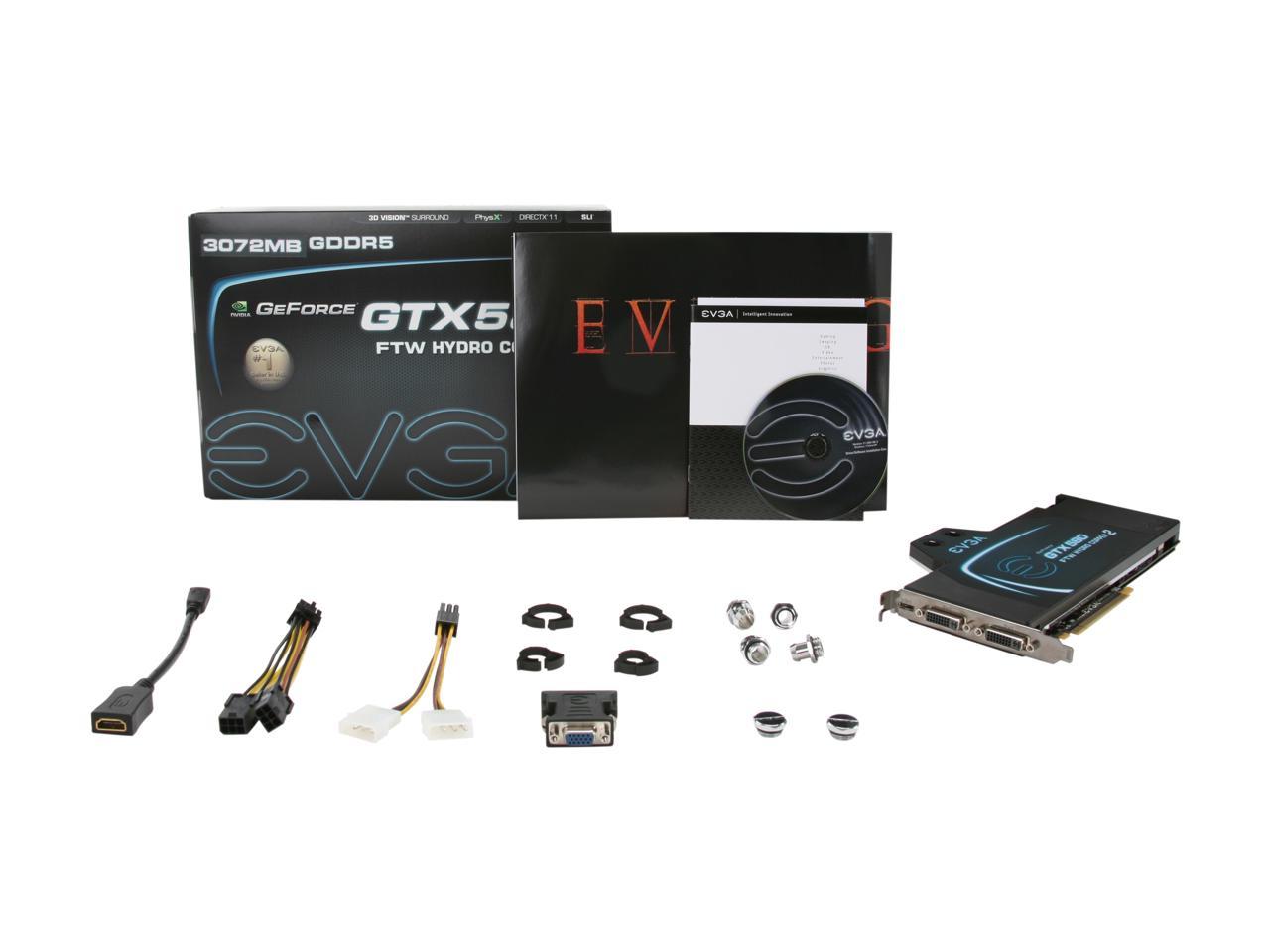 (26) Write a Review
OUT OF STOCK.
Overview
Specs
Reviews
The world's fastest GPU has arrived with the EVGA GeForce GTX 580 FTW Hydro Copper 2. Experience blockbuster games like Call of Duty: Black Ops and Tom Clancy’s H.A.W.X 2 in their full glory with everything cranked to the max. GTX 580 delivers massive DirectX 11 tessellation performance so you can crank-up the gaming realism with incredibly detailed environments and characters. And as you have come to expect from the GeForce GTX GPU, the GTX 580 packs support for all the premium GTX gaming technologies such as NVIDIA Surround, 3D Vision, PhysX and SLI. With all these features and more, it is easy to see how the EVGA GeForce GTX 580 obliterates the competition.

Cons: I debated on removing an egg for this because of how awesome these cards are, but considering the Quality Assurance problem at EVGA, and their exhange policy, I am removing an egg because it's a problem. The problem: I ordered three (3) of these babies. Two were perfect, and the serial numbers sequential. But the third older one had seriously messed up threads on the backside of the card for the G1/4 fittings. Not one, but BOTH on the backside were destroyed beyond repair. The card was new and in shrink wrap, and had EVGA's QA Assurance sticker on it. Scratching my head in disappointment because this is a W/C build after all, and I didn't want to wait, I remembered Newegg's fantastic RMA process. After that, I was back up in 4 days. NewEgg's RMA process was absolutely perfect and saved grace of EVGA. Here's the thing: the RMA "new" item I got in exchange from newegg had messed up threads as well! But, they were salvagable. See video of RMA'd card I received.

Overall Review: I was NOT going to contact EVGA directly for an RMA because the last two times I did that for other EVGA products I bought NEW, all I got back were REFURB pieces in brown boxes - for my 0-day NEW pieces I bought! That seriously hurts resale value. That is why I went to Newegg since I was within my Exchange period, and thank goodness!

Overall Review: You can buy the cheapest 580GTX and add the cheapest cooler and a backplate for about $40 less. But then you waste at least an hour of your time (how much is that worth?), lose your warranty and take the chance of messing up your card. Plus, you then have the cheapest parts. To me it was worth the extra dough to have the cooler installed from the factory. It's a very nice-looking card, with a bright chrome finish near the connectors which looks amazing when it's installed, especially in SLI.

Pros: Fast card,liquid cooled and lots of room to OC if you need to.

Overall Review: EVGA forgot to include the barbs plugs and clamps.I called them and the guy was very helpfull.3 days later missing parts was at my door...Thanks EVGA.

Cons: Only possible nit is that it's very heavy and you must install it traditionally (with a screw) and cannot depend on clip in expansion slot fittings to hold it up. If this is your worst problem, who could complain??

Pros: Water cooled, Fast, quiet, and No problems. I ordered 2 of these cards and both work great in SLI configuration. Both cards sit at 27c idle and under load 33c playing Skyrim at all settings set to max for 6 hours. Worth every penny!

Cons: Have not encountered any yet.

Overall Review: I enjoyed and learned a lot designing my own custom water cooling system. I would recommend doing research on designing a cooling system that fits your machine, others wise you may end up with external cooling.

Overall Review: This card can handle anything i throw at it. Looks amazing in the case and very quiet. Going to buy another for sli soon. The only issue I had was that I was using 1/2" compression fittings. The fitting did not fit on the top of the card because of the waterblock. Had to order the 45 degree extension fittings to fit.

Pros: Awesome card. Easily overclocked to 900/1800 using the supplied EVGA software. No need for spending the extra dollars on a factory over-clocked card. Currently hitting 40c on full load. That's with a 2500k clocked to 4.4ghz in the same cooling loop maxing 50c under full load. I could probably take it much higher, but what's the point when I'm already averaging 90+fps in the BF3 beta.... Maybe when the game gets released on the 25th and I can start maxing settings.

Cons: I didn't receive any barbs or hose clamps in my box. I emailed EVGA support, and I'm told that they are shipping some out to me. Not really a bid deal, I just used the barbs from my old card.

Overall Review: Unfortunately had to purchase elsewhere. Seems like this card is mostly "out of stock" on Newegg.....

Pros: Update: 2 in SLI, runs everything. It's expensive, but well worth it.

Cons: Got mine with a free Batman game. Finally got around to download it, but says its already been redeemed. Only knocking off one egg, cuz I really didn't care..

Overall Review: Newegg, I have said this before, you have employees abusing your pruducts. Check my RMA. I have also said this, I will not be using Newegg anymore. You have gotten so big that your customer service has bottomed out. Good luck.

15 out of 19 people found this review helpful. Did you?