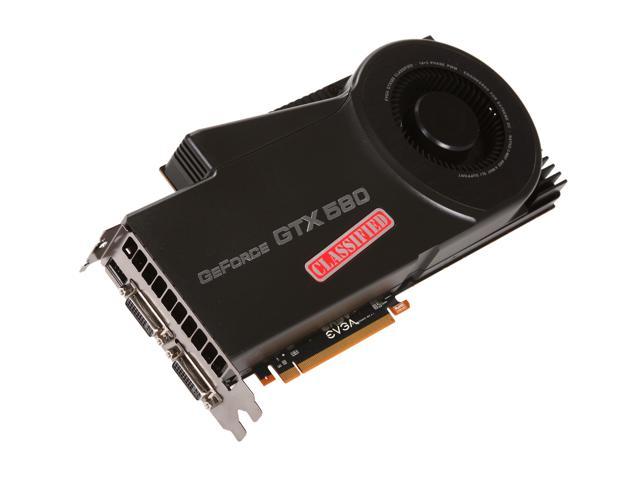 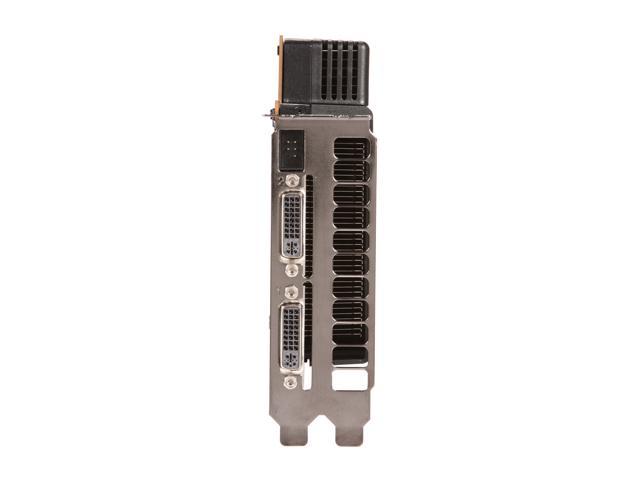 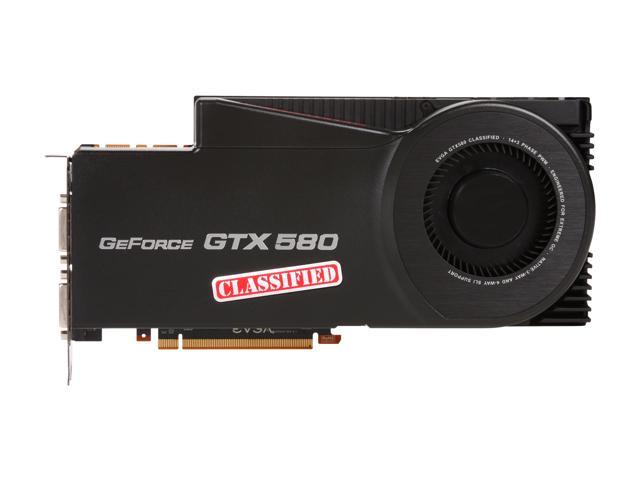 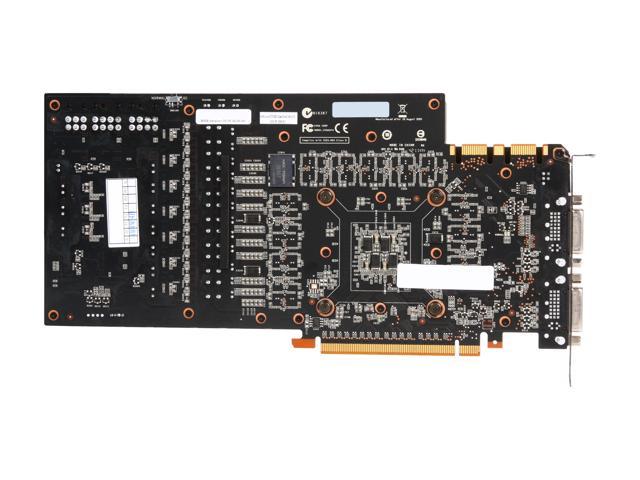 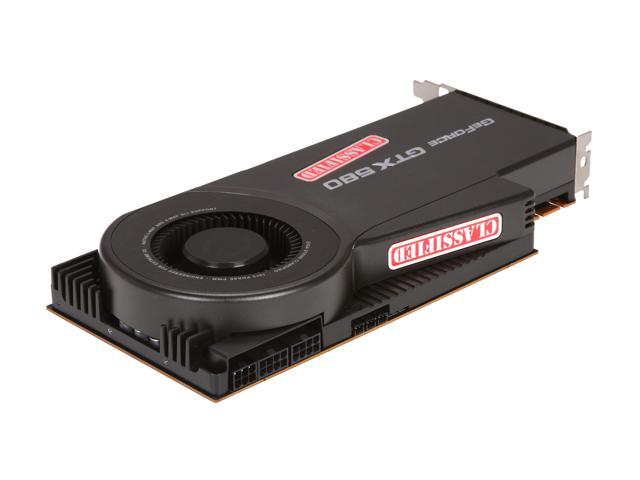 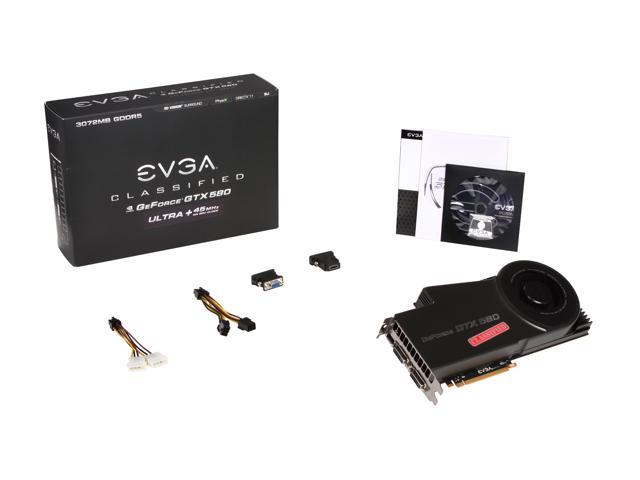 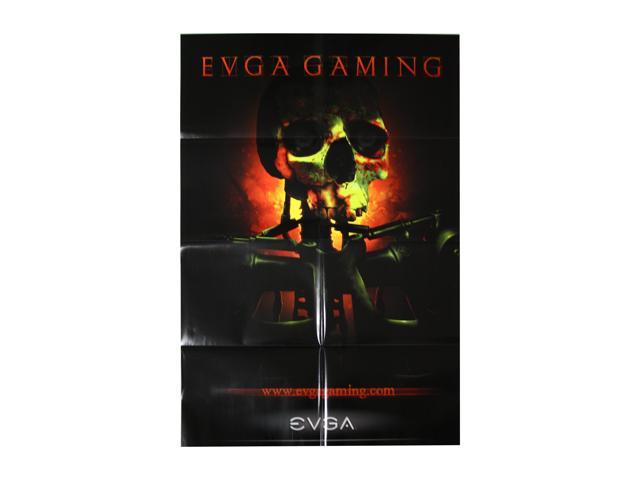 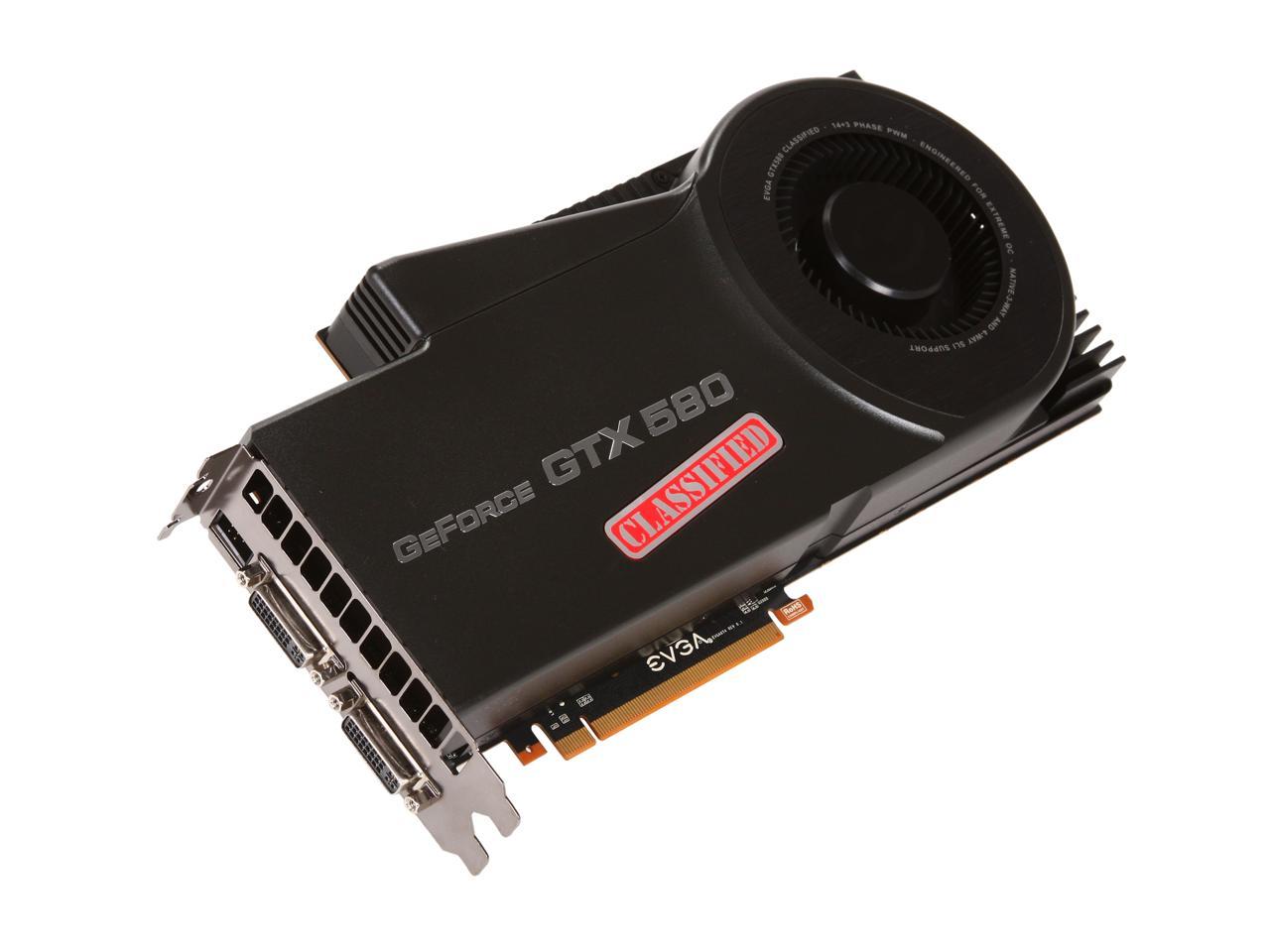 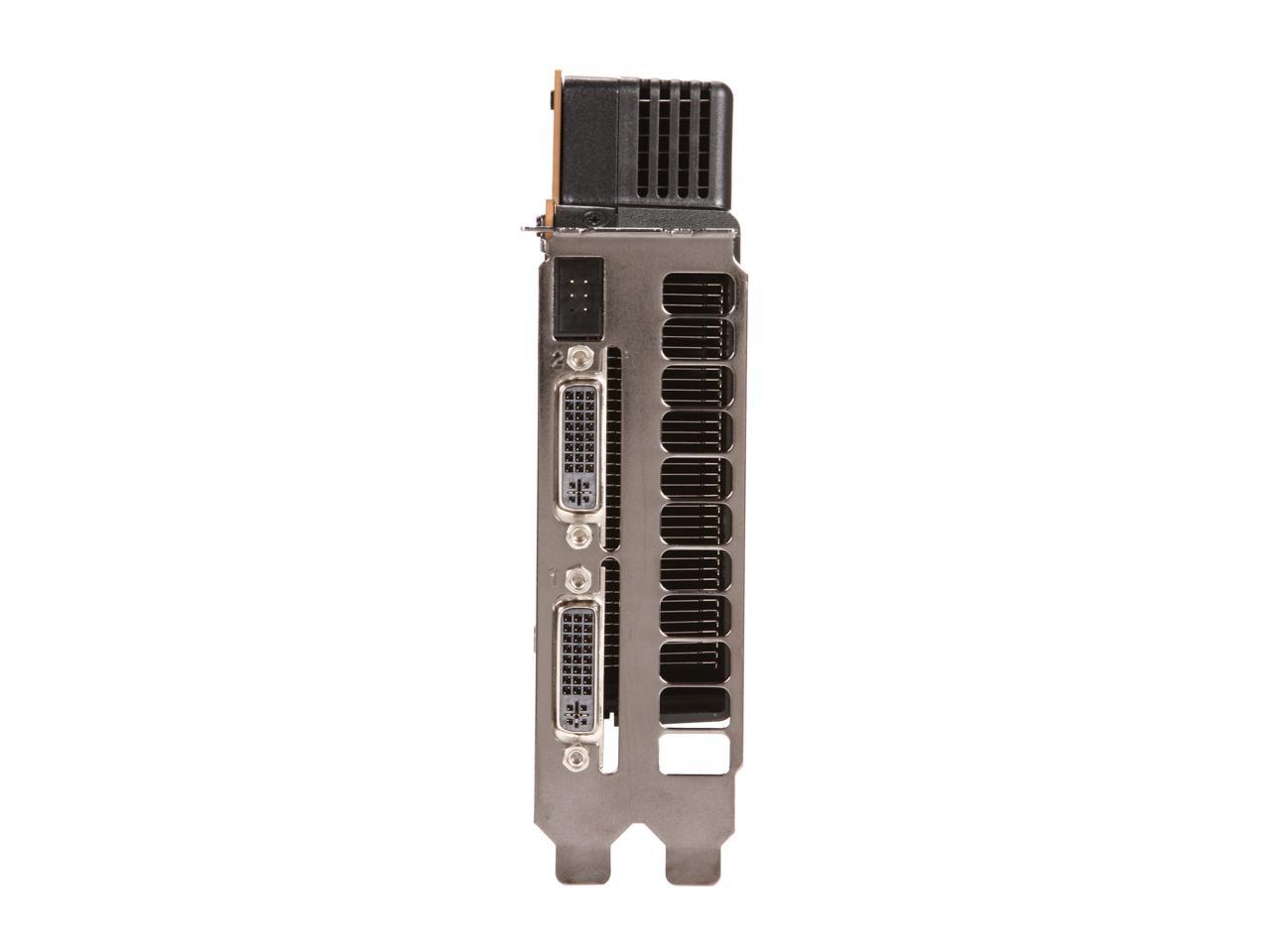 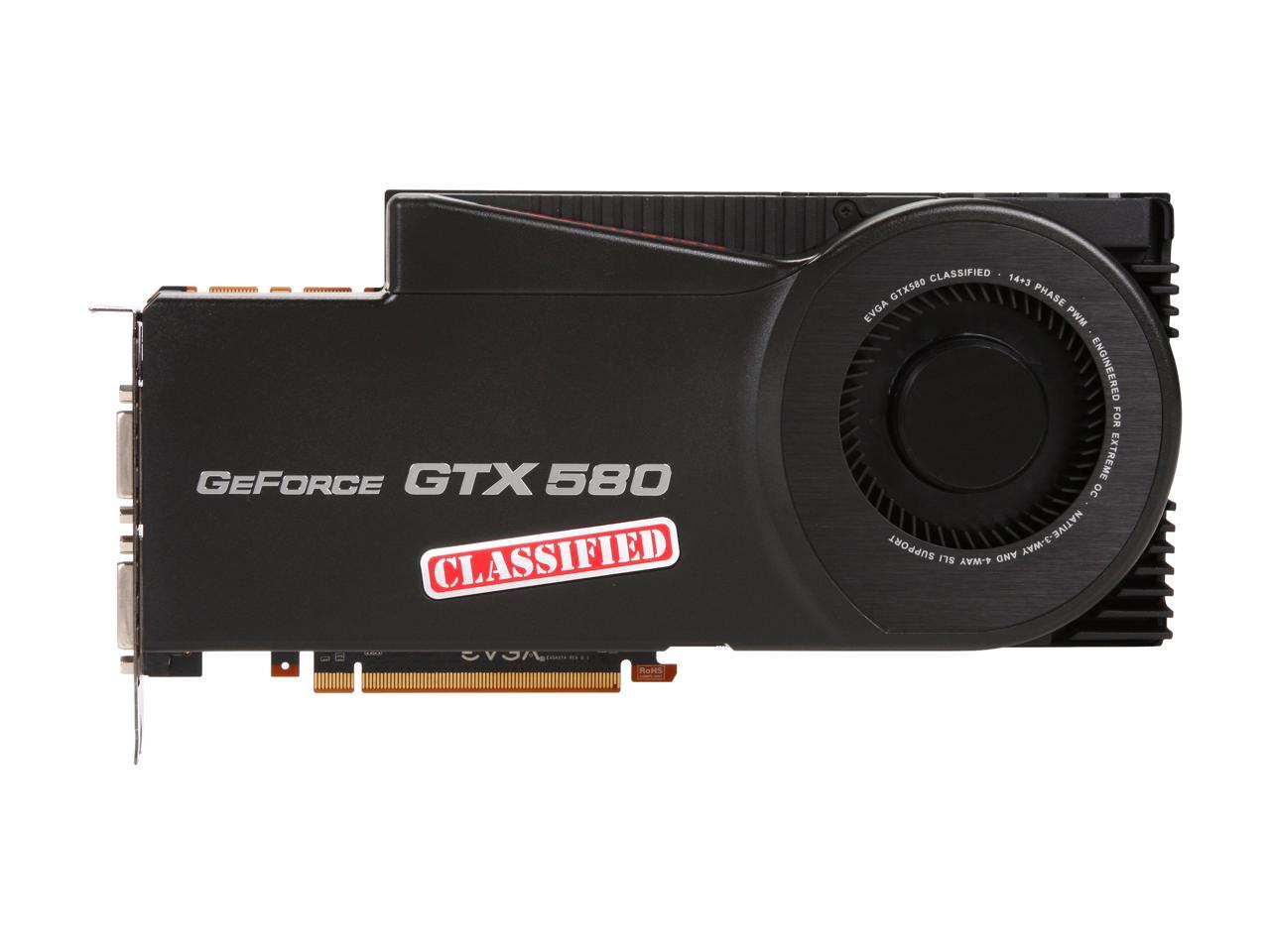 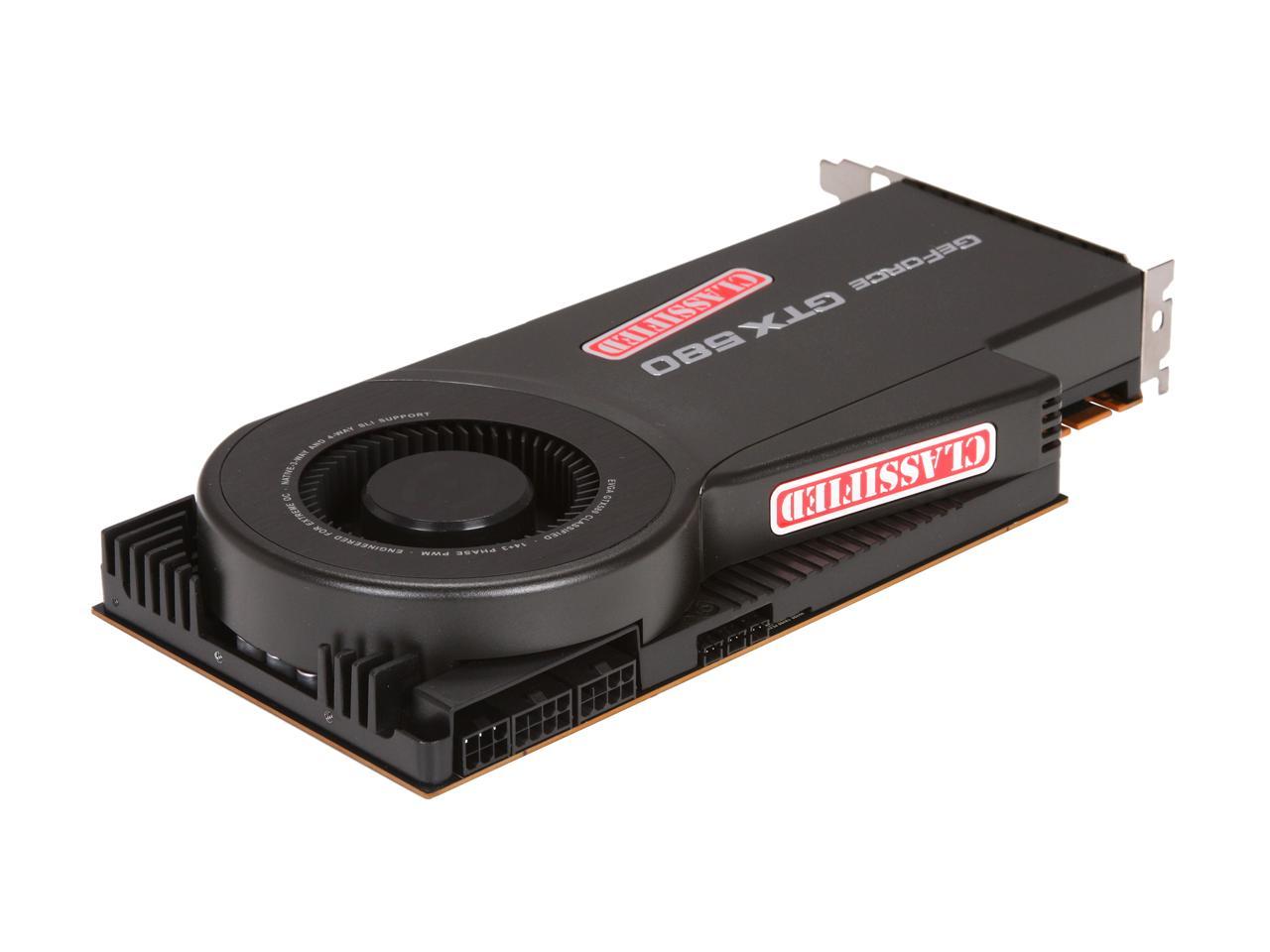 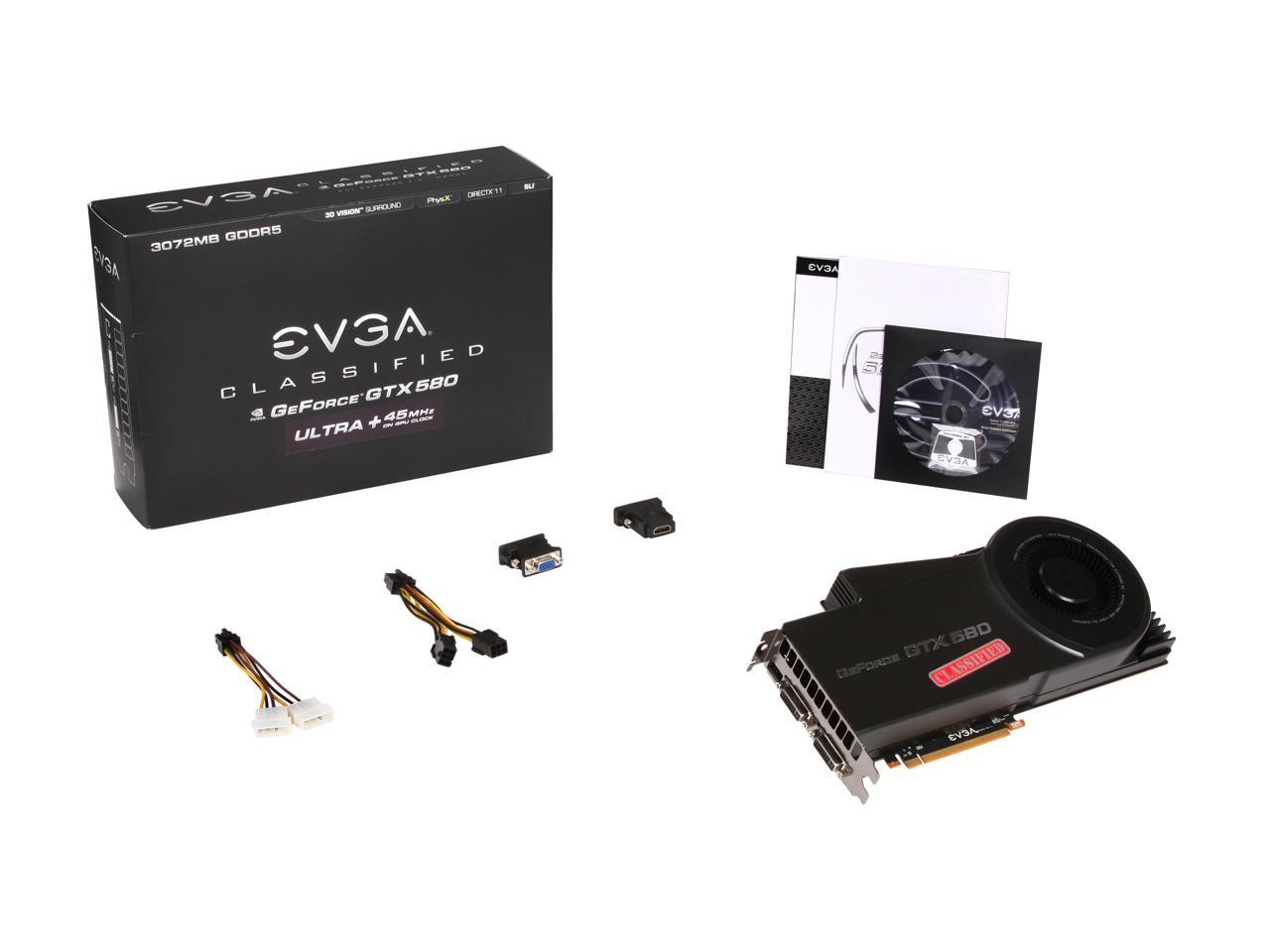 This means that the product has been opened, may show slight signs of use and cosmetic blemish, and may be missing minor accessories, but remain in excellent condition. Product does not come with warranty unless stated otherwise in product description.
See more "geforce gtx"
In stock.
Ships from United States.
Overview
Specs

Extreme overclockers Vince "k|ngp|n" Lucido and Illya "TiN" Tsemenko are not satisfied with the overclocking capabilities of current generation graphics cards. They want overclocking capabilities and performance that exists beyond what is traditionally considered enthusiast level. To overcome this, they began to work with EVGA on designing a new card from the ground up that is 100% focused on being the single fastest and greatest overclocking card on the block. This was accomplished with the EVGA GeForce GTX 580 Classified.

This card features a 14+3 Phase Power Design that can deliver over 1000W of power, and the redesigned cooling solution with an 8CM fan improves efficiency by as much as 30% (compared to the standard cooler). The NEC Proadlizer, Super Low ESR SP-Cap capacitors, and high frequency 3MHz shielded inductors provide clean and precise voltage control, and the onboard voltage probe points let you monitor them with ease. Of course, full support for the EVGA EVBot means that you can overclock and monitor your card on the fly, and a special OC BIOS enables extreme overclocking mode.

The EVGA GeForce GTX 580 Classified is engineered and designed to perform for everyone, from gamers to the top overclocking enthusiasts in the world. The dual slot top cooled design means that you do not need to worry about space or motherboard layout limitations, and this card supports everything from single card up to 4-way SLI out of the box.