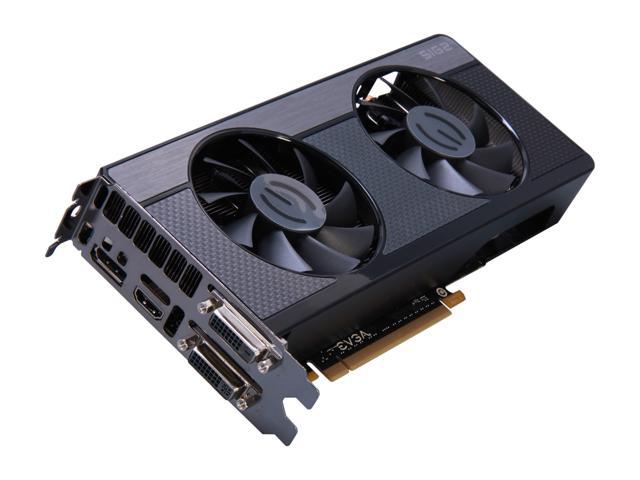 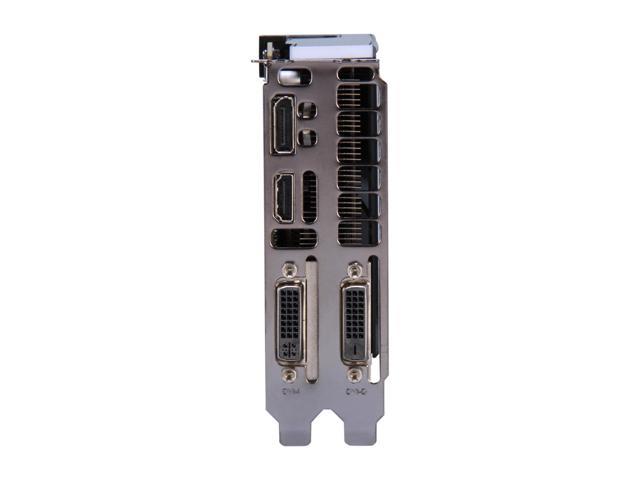 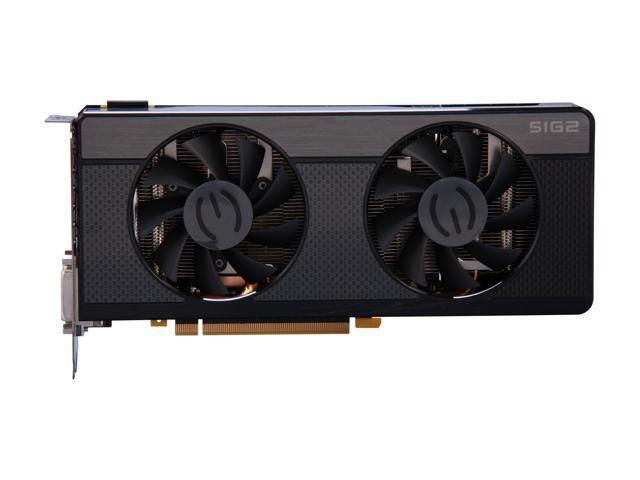 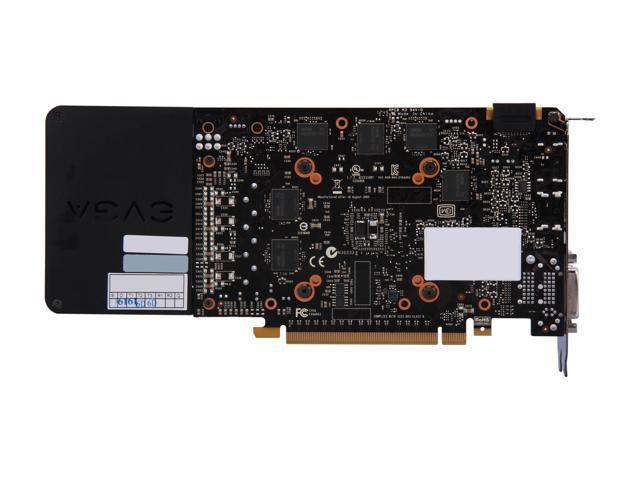 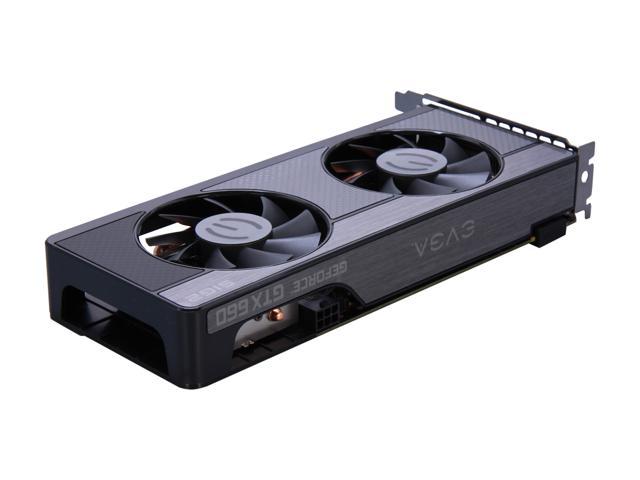 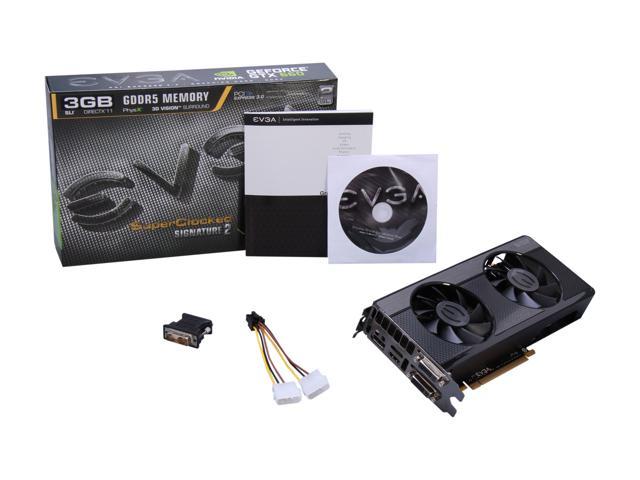 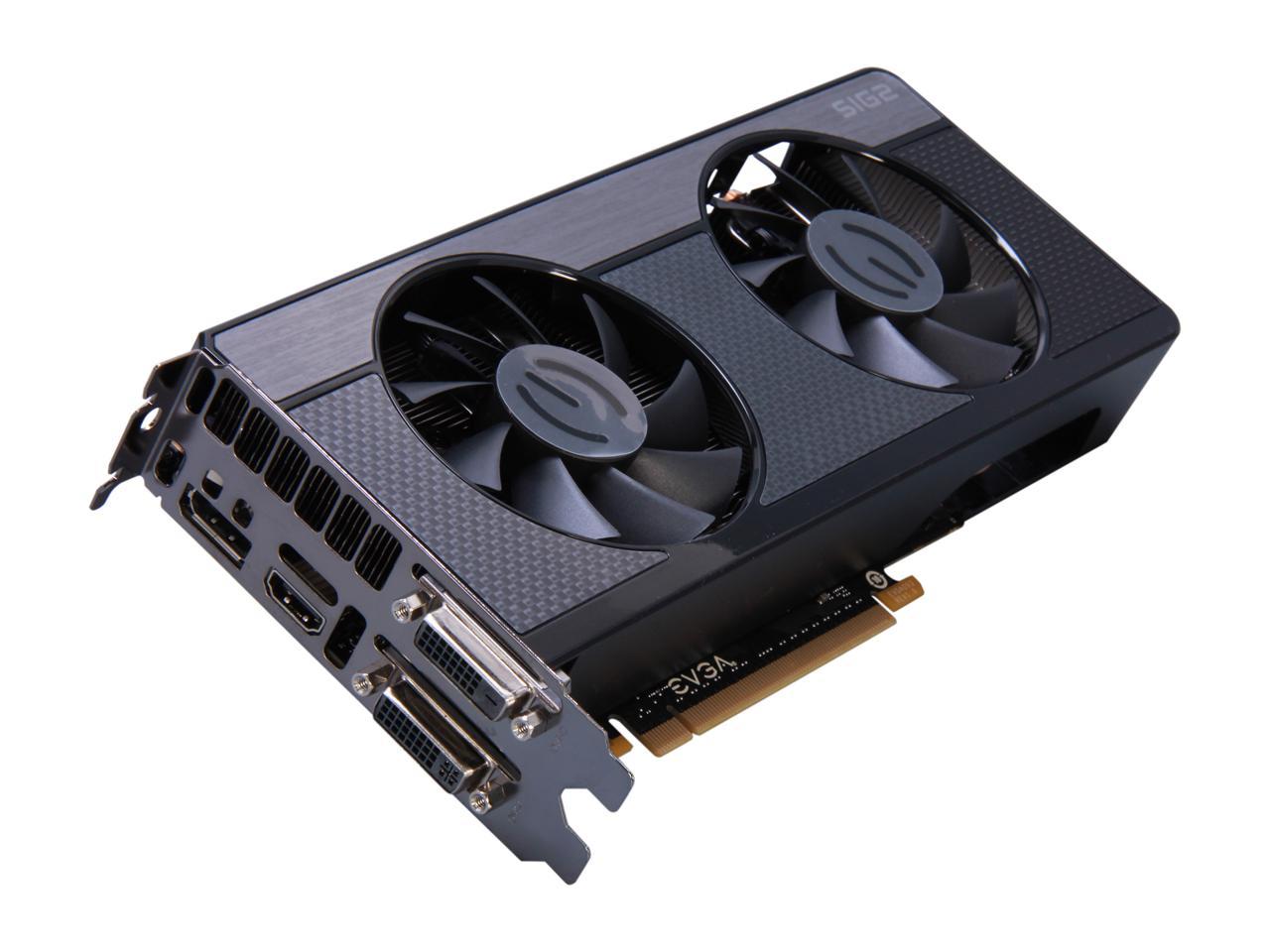 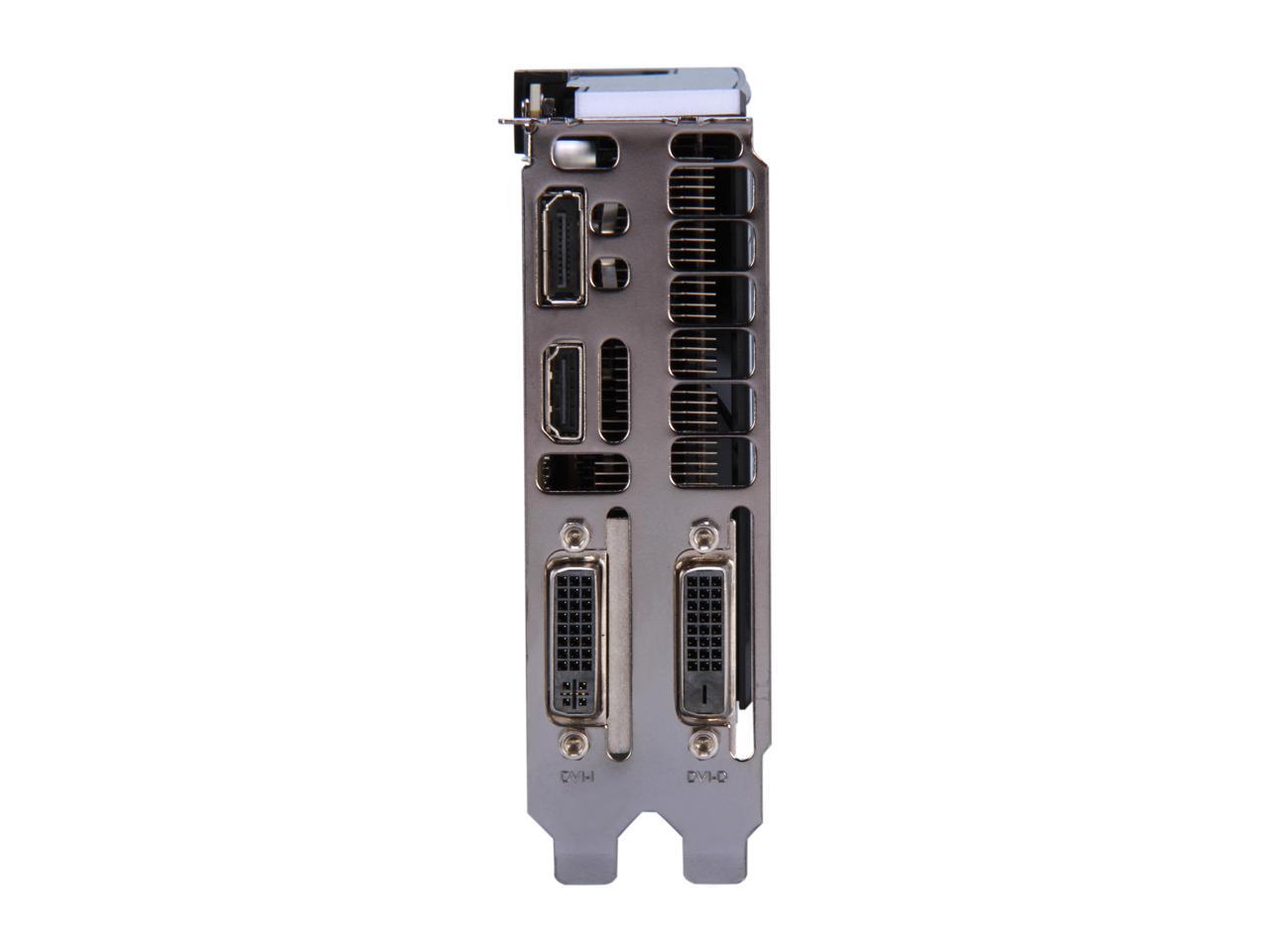 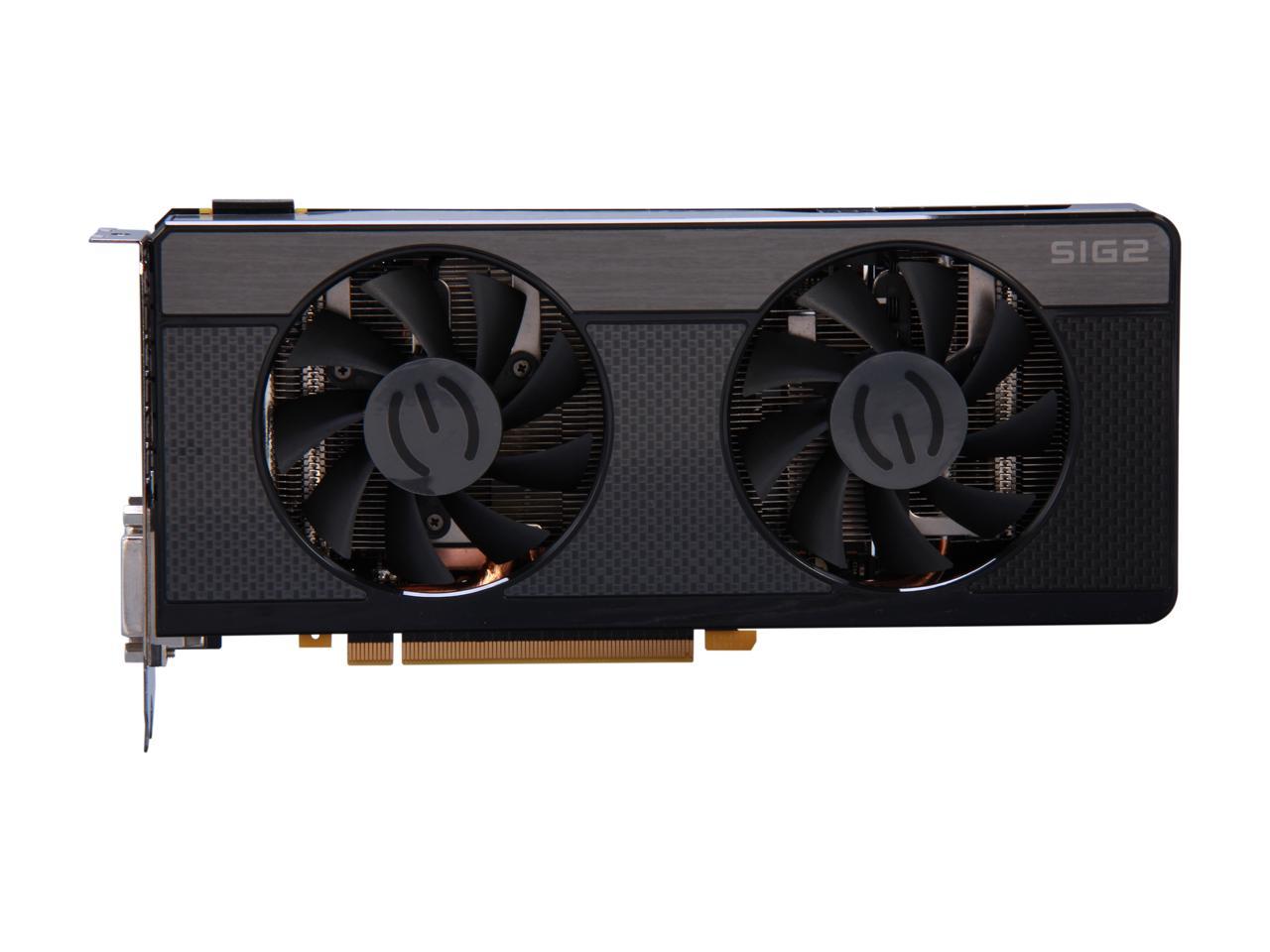 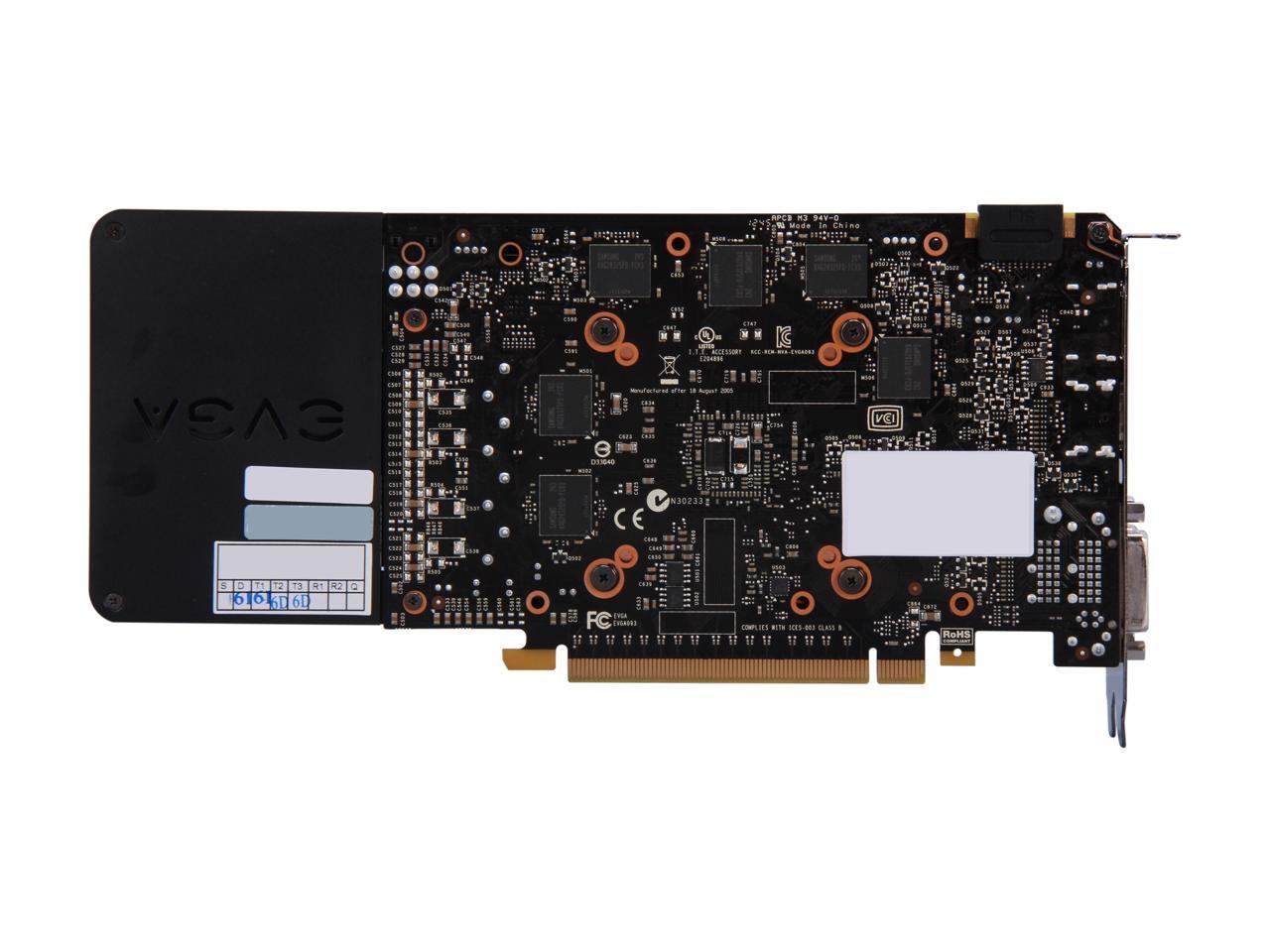 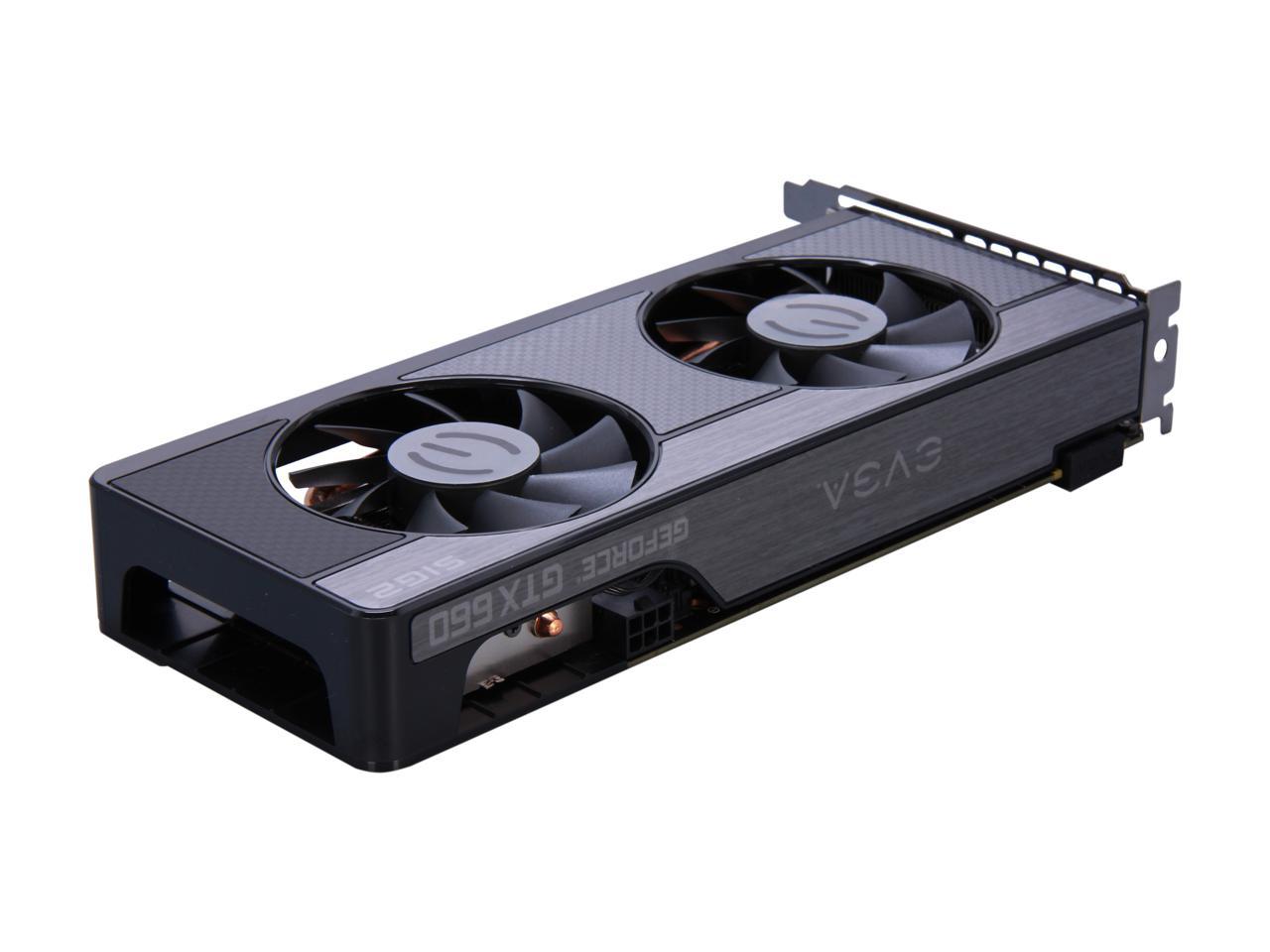 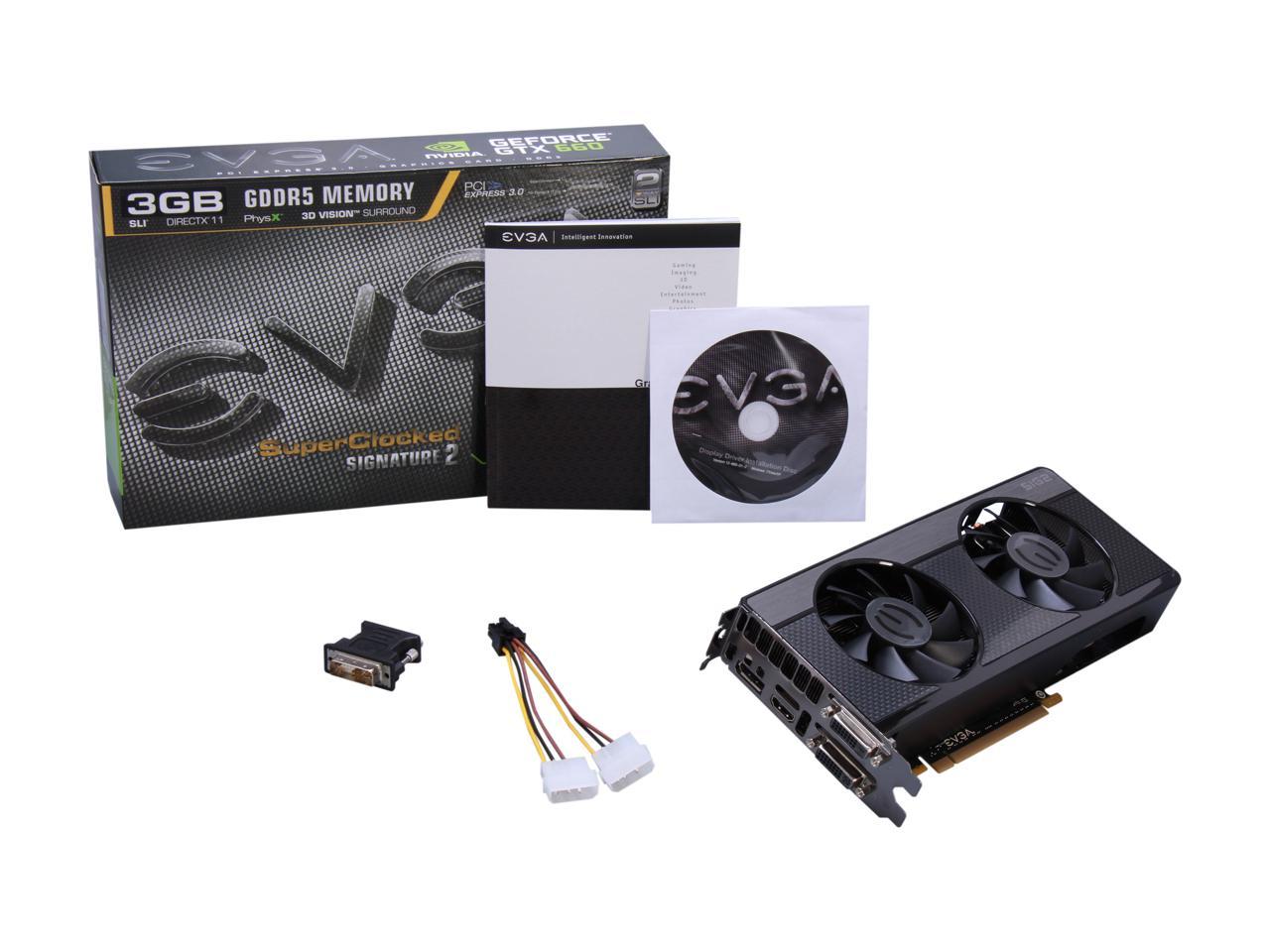 A new hit of the "sweet spot" for gamers, the EVGA GeForce GTX 660 delivers the ultimate combination of performance, power efficiency, and affordability. It's built around 960 CUDA Cores with 3072 MB / 192 bit GDDR5 memory to render your blockbuster games with vivid details and skip-free pictures. This GTX 660 SC Signature 2 version is factory overclocked to 1046MHz Base Clock/1111MHz Boost Clock - a level higher than the 980MHz Base Clock/1033MHz Boost Clock than reference specification for delightful performance boost and higher framerate in actual gaming. GeForce GTX 660 also packs support for all the premium GTX gaming technologies such as NVIDIA Surround, 3D Vision, PhysX and SLI. With these features and more, the EVGA GeForce GTX 660 gives you more than one way to elevate your experience.

Pros: Quietest component in my system when idle, and only a low humming noise when under load. This card has an extra oversized heatsink and fan assembly that gives it the appearance of a larger card like a 680, but being a smaller card it generates half the heat. Very efficient and runs every game at high to max settings. Relatively low power usage, and two in SLI could run comfortably on a 650W power supply. SLI performance beats a single 680 by a significant margin, and for most games gives you about a 90% performance gain over a single 660. This is my first SLI build and I think it's safe to say NVIDIA has finally gotten it right. 3GB of DDR5 really helps with higher resolutions (2650x1600 and up), or when running tons of visual mods in Skyrim. Looks and performs better than reference model 660's. Linux gaming works beautifully as well with the newest drivers. TF2 beta runs like it does on Windows.

Cons: For this price you can get a low end 660 Ti and get slightly better performance. Two of these in SLI is a steep investment, and if you're worried about game compatibility then you'd be better off with a single 680.

Overall Review: Had some weird behavior when trying to set primary and secondary monitors before the Windows drivers were installed. I have a TV hooked up on HDMI and a monitor on DVI at the same time, and the card seemed to prefer the HDMI to the TV, leaving me with a blank screen on my monitor. This was in my BIOS before the OS even started, which made BIOS configuration somewhat difficult. After installing drivers, however, the outputs started working properly. I would suggest hooking up only one display initially. Build: ASRock Z77 OC Formula Intel Core i5 3570k 8GB DDR3 1600 OCZ ZX Series 850W Corsair Carbide 200R

Pros: Simply put it's a great card. I've used graphics cards from Nvidia and AMD/ATI, BFG to XFX, and I must say I do find EVGA cards to be my favorite. They are a breeze to OC through precision and customer support is always helpful. I was able to easily surpass the 660 ftw model 'stock' clock speed with a minimal hit to temperature. My last card was was loud enough to hear through earbuds. This is barely audible at max fan speed and after running for an hour plus of 100% utilization stress testing oc'd, the fan speed was at about 60-70% and the temps hovered in the low 60's. Very very good!

Overall Review: Not enough to dock an egg, but I felt it a slap in the face that when I went to register my card I see that if I had purchased it six days LATER I would get the new Metro game for free. I almost feel insulted that this arbitrary promotion period excludes and punishes those for not having the ability to see when it would occur. Needless to say I give it 5 stars so I guess it doesn't matter in the grand scheme of things. Just a blemish on what would otherwise be a perfect purchase.

Pros: A huge amount of video RAM is great for fractals and scientific applications, the number of processing cores is astounding.

Cons: Rather loud (But it's ok! Just get a quiet case.)

Pros: EVGA 3GB GDDR5 960 CUDA Cores 2 fans Overclocks nicely Doesn't look all fancy Seems to be able to ultra everything so far even though it is being limited by my 1.1 bus speed and Core 2 Quad. PhysX makes everything look pretty Runs 4 monitors well Single card surround SLI available

Cons: For the price you could get a 660TI with 2GB GDDR5 but the more RAM in this should run multiple monitors better. DVI standoff screw things sometimes come out when I remove the cables, not a big deal but slightly annoying. Boost clock makes overclocking slightly tedious.

Pros: Quiet fans. No overheat. Max out anything I play on my 55' TV.

Cons: The fans are too quiet, sometimes I am worried that they were not spnning. Meh~

Pros: good on power consumption and performance, very solid card, it's evga, so it came with the precision software to tweak/OC this thing even further.

Overall Review: The DVI connectors are different standards: one is DVI-D, the other is DVI-I.

Cons: None at all so far

Overall Review: Haven't bought a new card in ages, this replaced two 8800GTs. I'm not a gamer, but run several large monitors and do some CUDA work. A quiet card is a must for me, I had to replace stock coolers on previous cards, but no need here. Excellent card, worth the small difference in price to get the two-fan cooler and 3GB memory.

Pros: My NVidia 285 card was a real workhorse but it was failing on Far Cry 3...it would play the game on low settings for about 30 min before shutting down. With only a PCI-e 2.0 bus, I was afraid I would have to upgrade to use this card. I bought it anyway to try it out, figuring I could always upgrade everything else if this didn't work out...and I'm glad I did. This card is fast, quiet, and only needs one 6pin power attachment (the 285 needed 2). Far Cry 3 bows plays in "Ultra" at 50 FPS and I couldn't be happier.

Cons: This card is not as fast a comparable ATI card (7870) but it is better for games, according to my research.

Overall Review: I can now hold off on an upgrade of the rest of my system now that I have is card running!