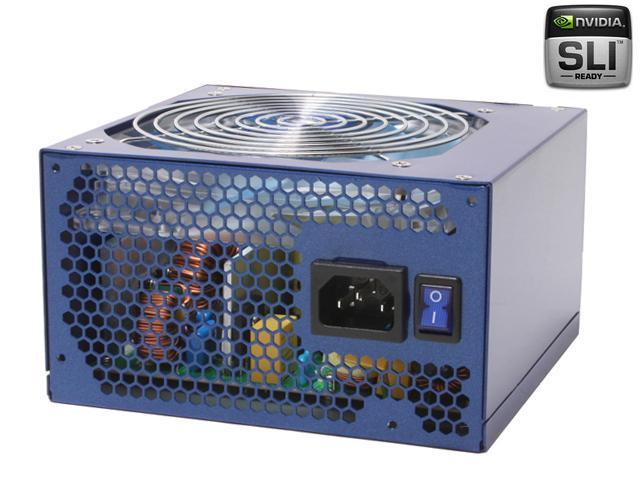 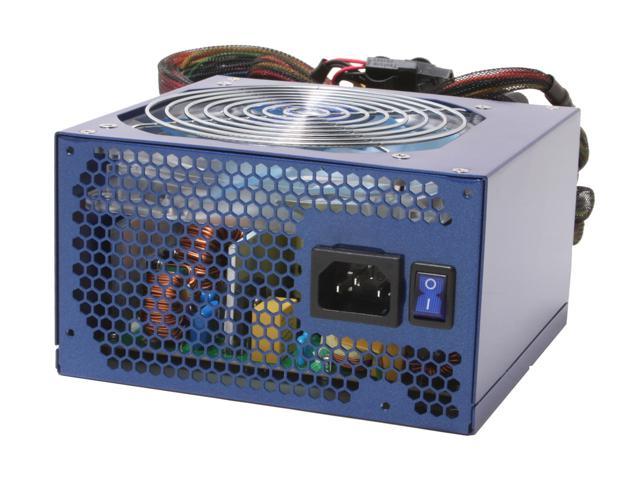 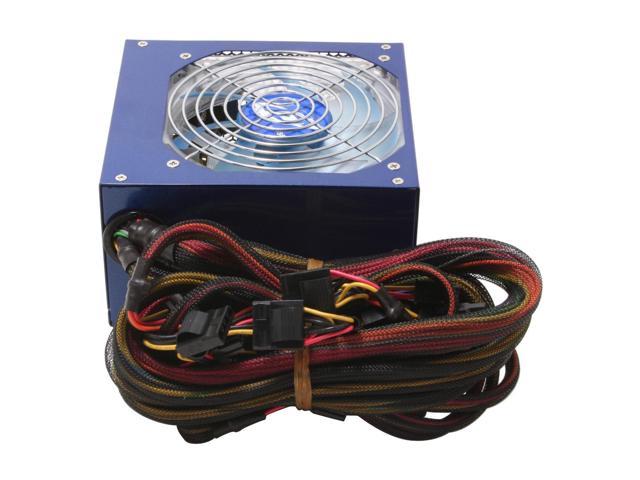 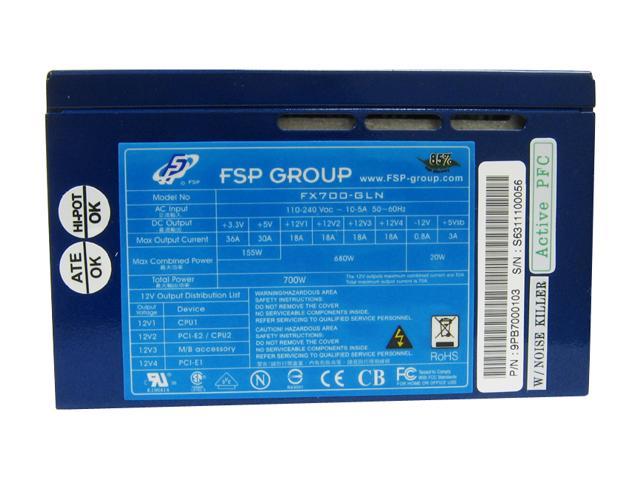 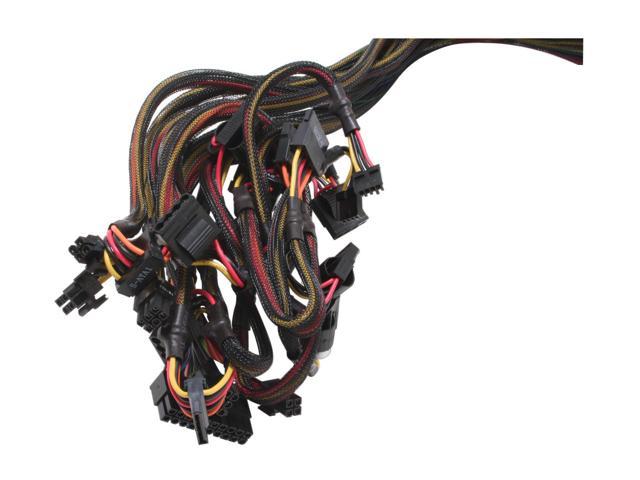 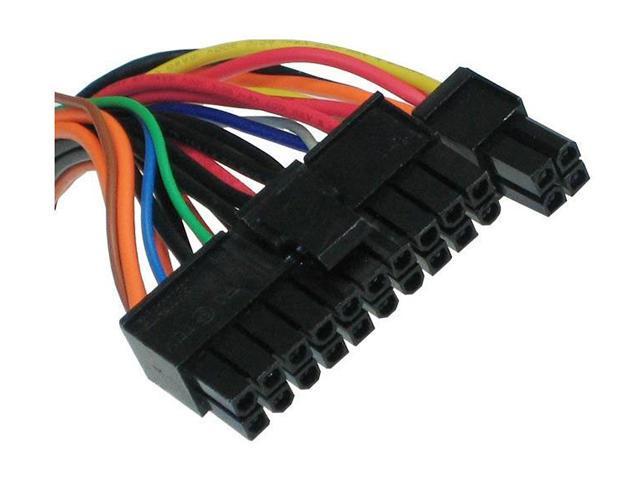 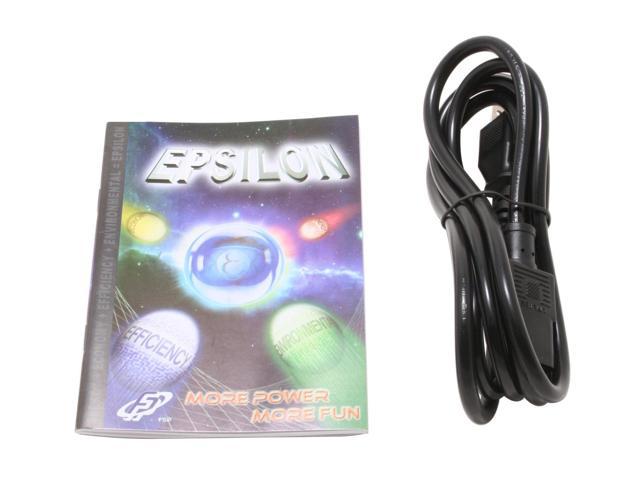 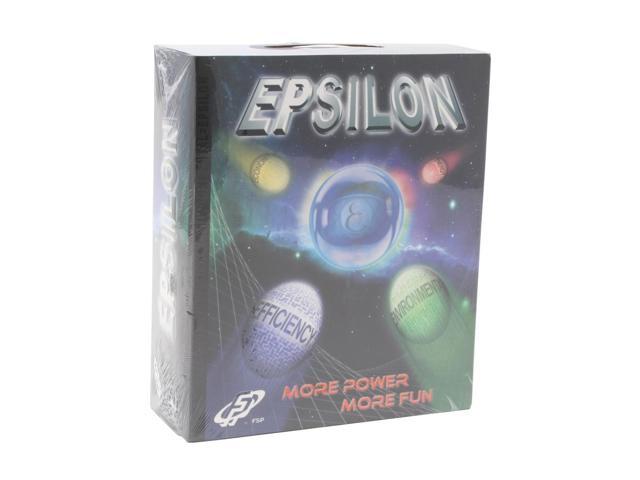 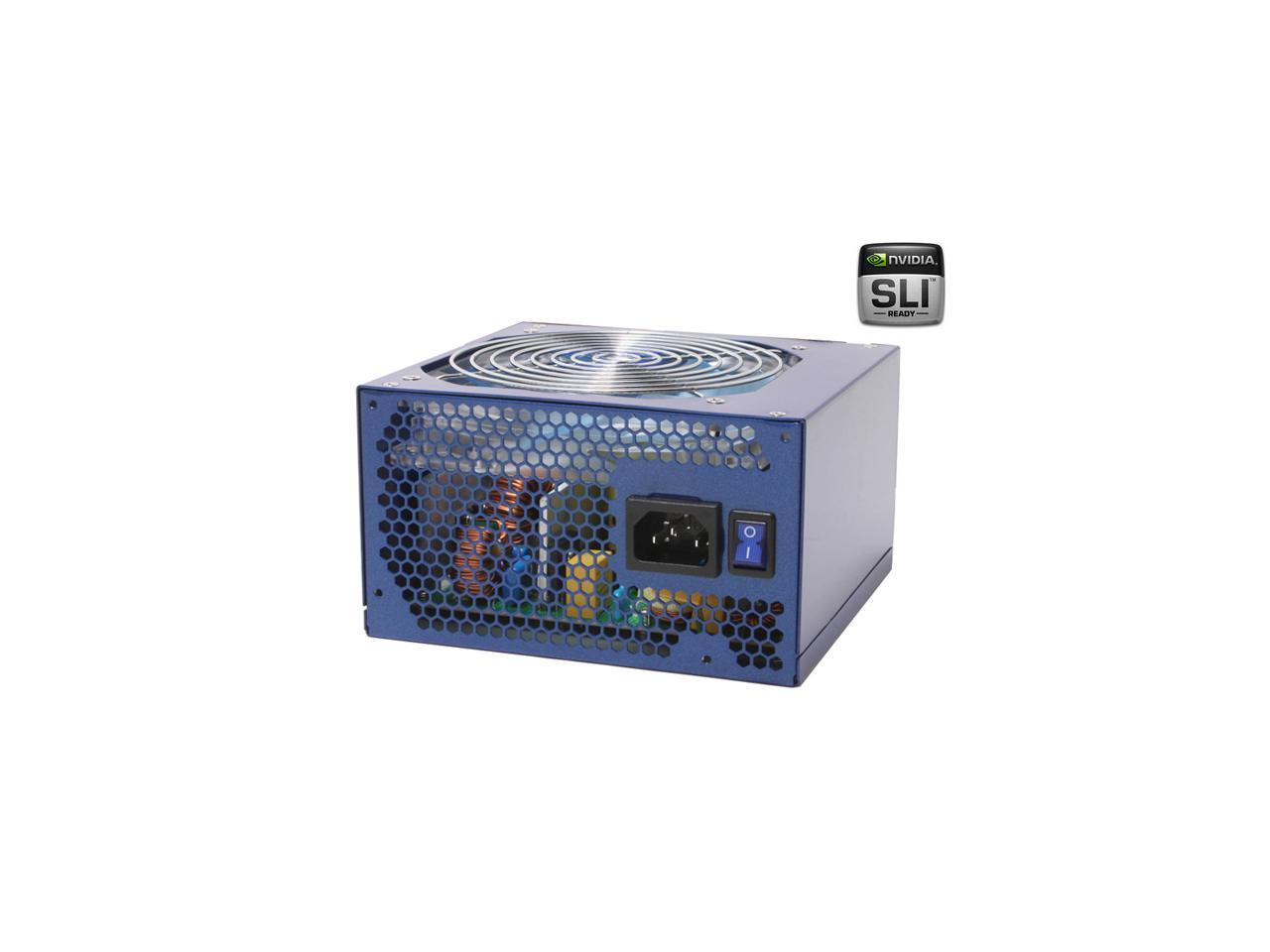 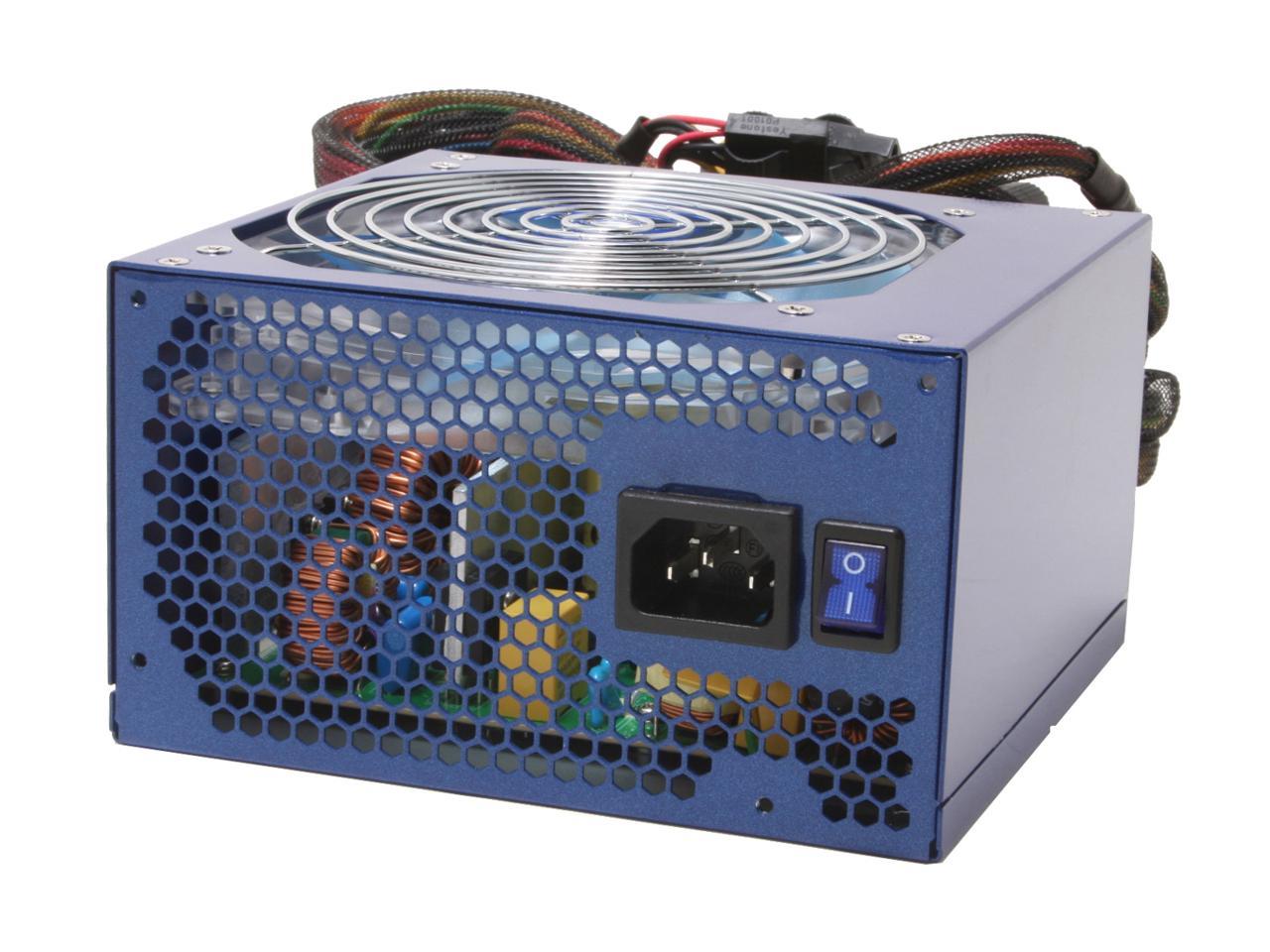 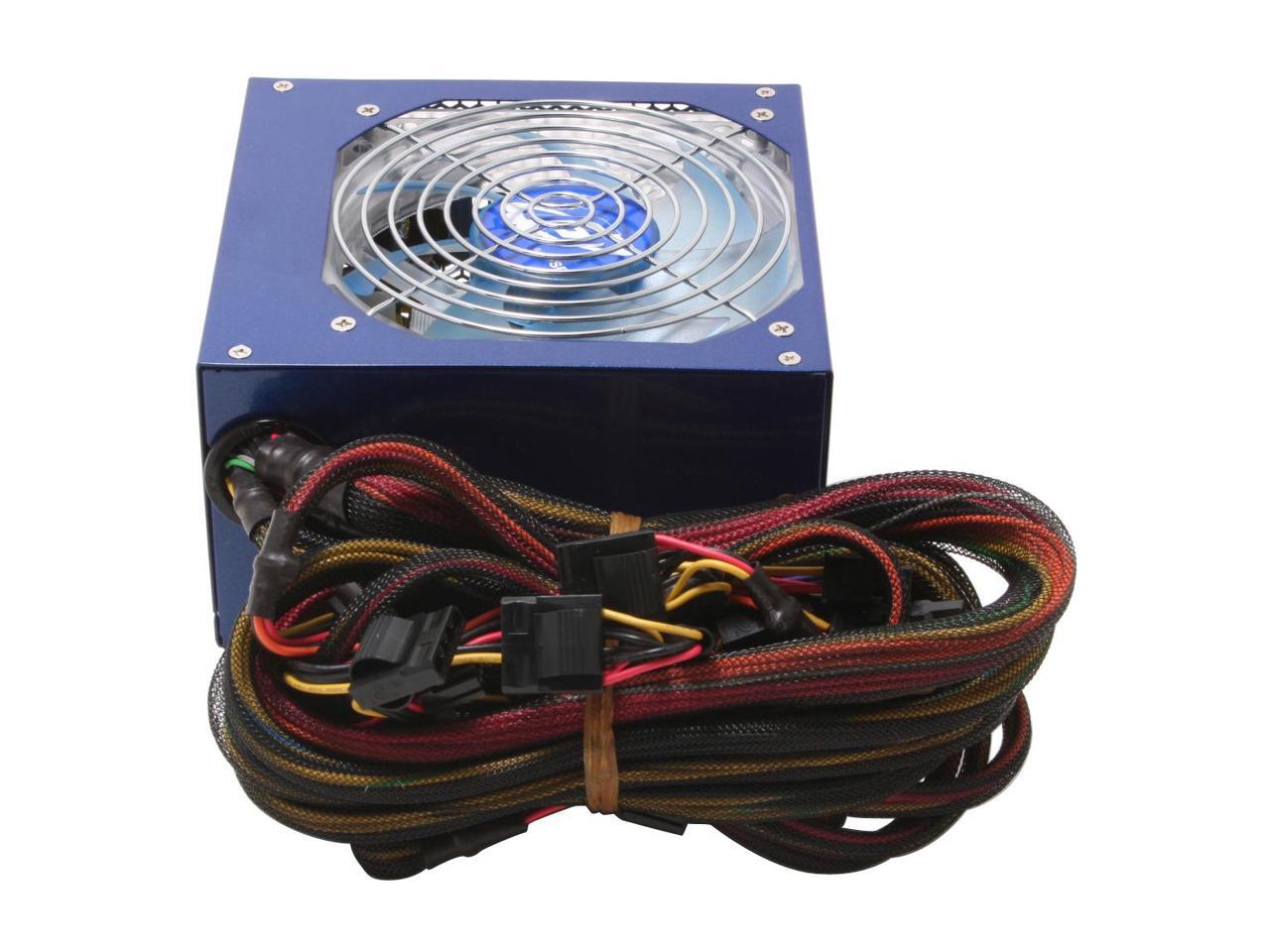 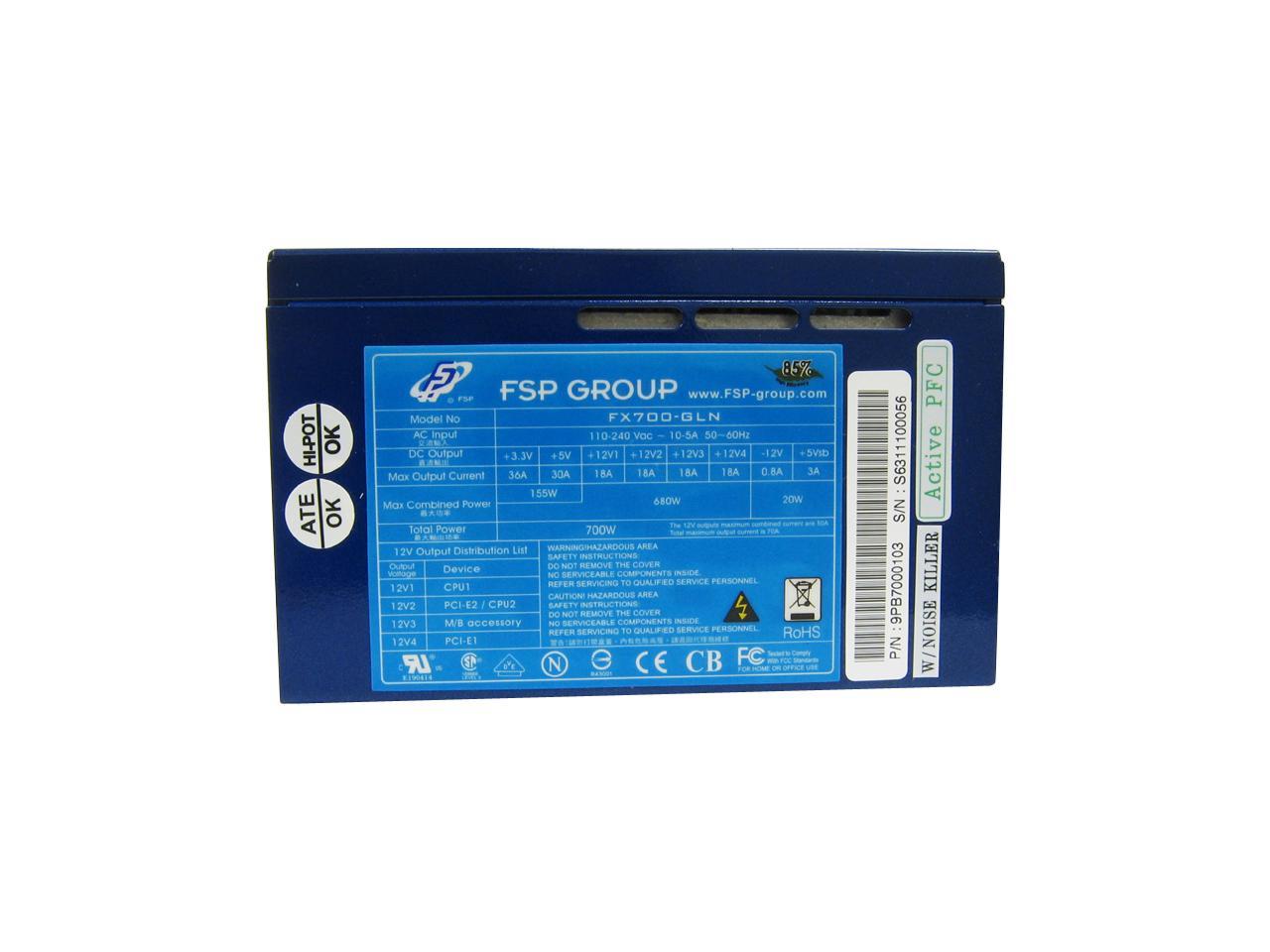 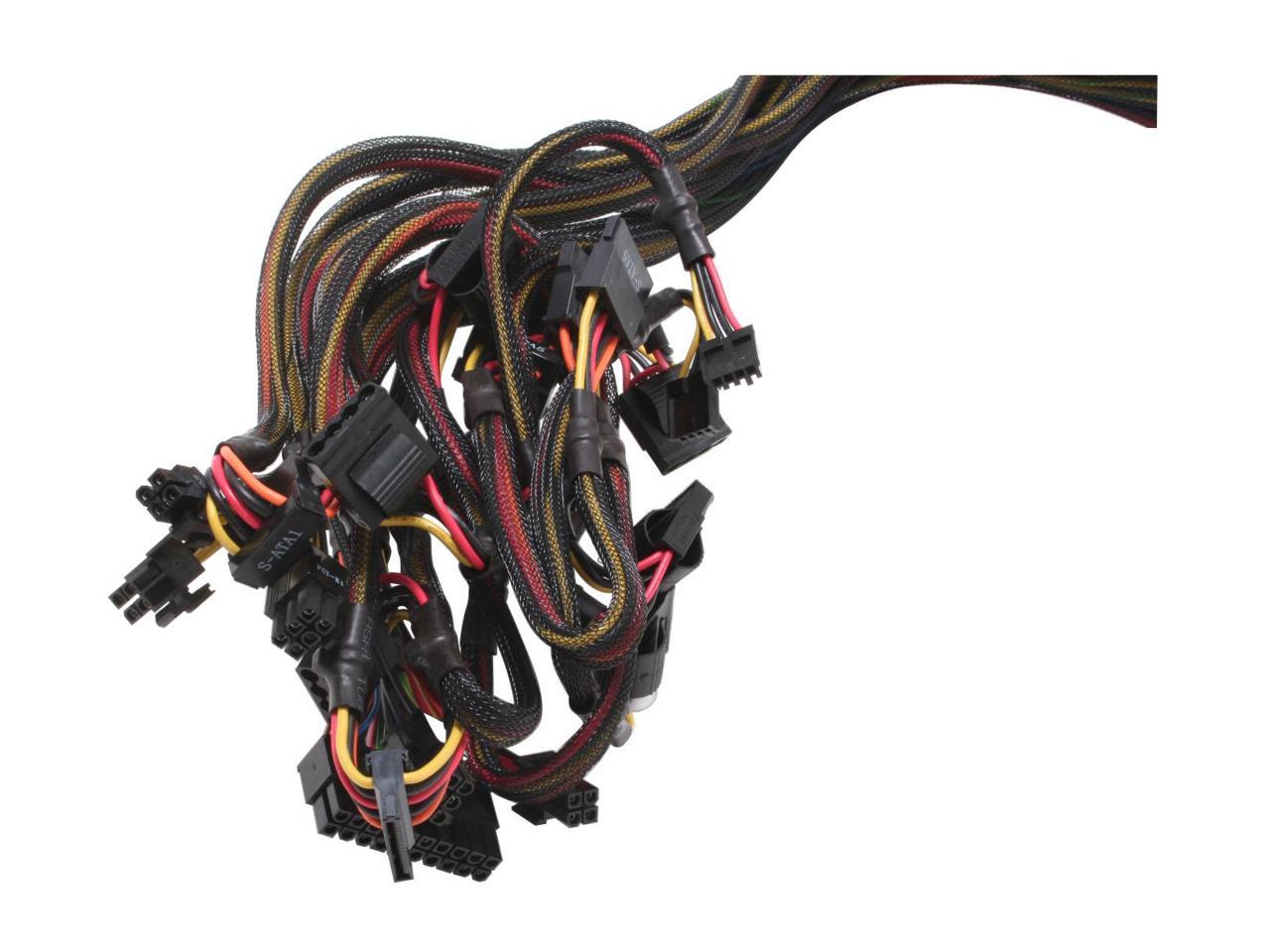 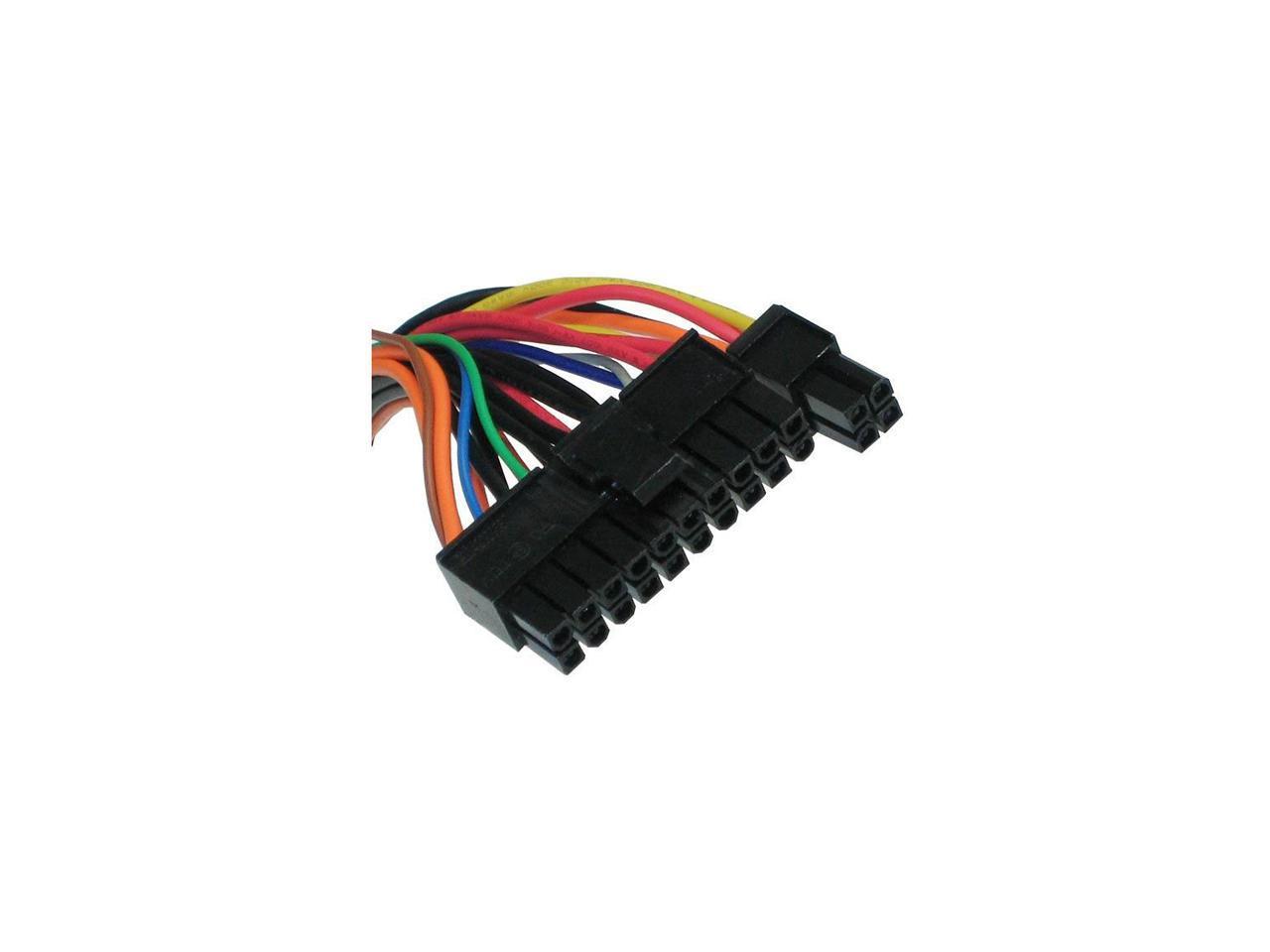 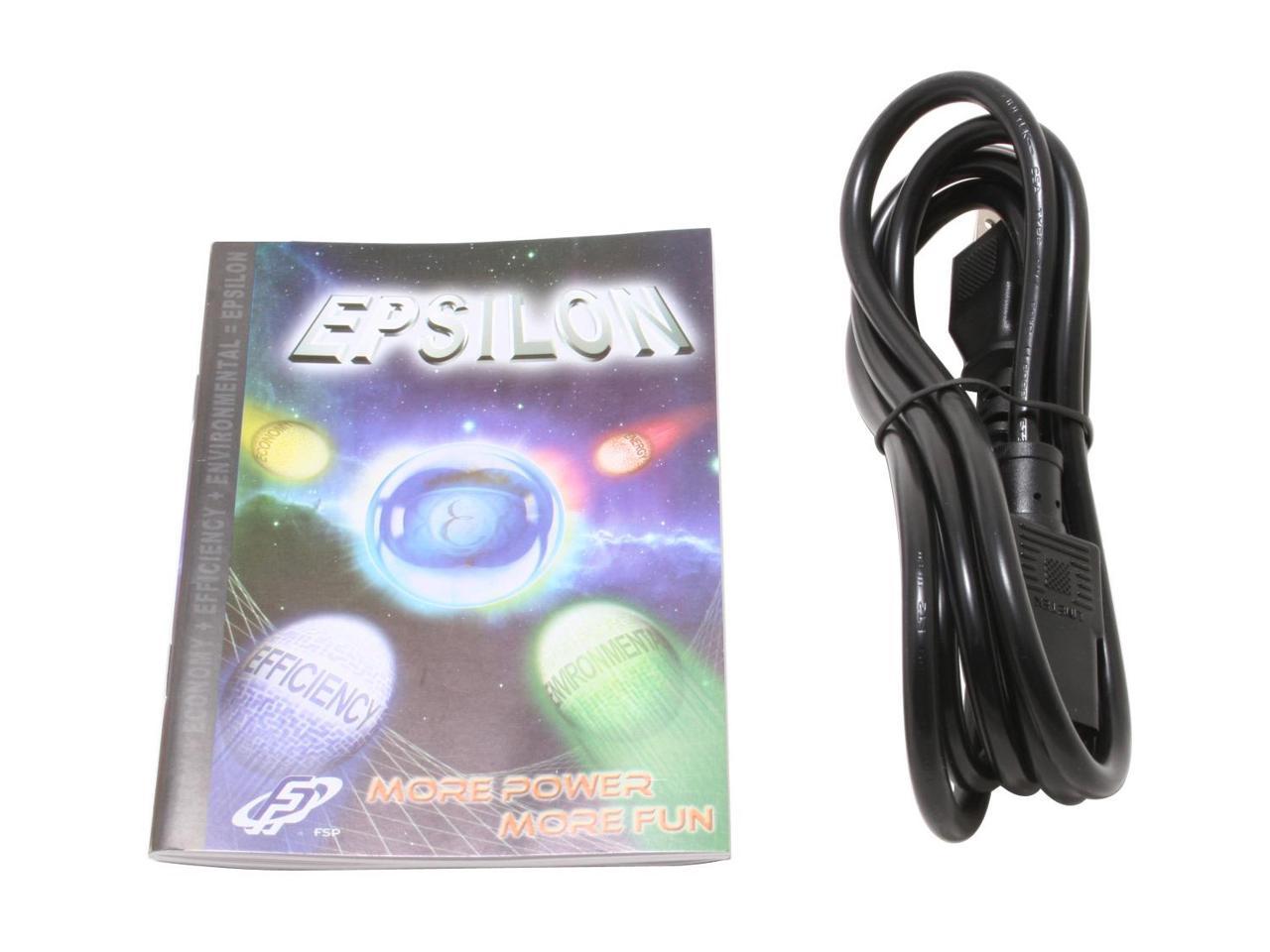 (115) Write a Review
OUT OF STOCK.
Overview
Specs
Reviews
Inside the stunning blue housing of the FX700-GLN PSU is a whole host of technically advanced features. The case does more than just look good though, it has a back grill with a hexagonal mesh designed to maximize airflow and minimize fan noise due to air movement.
The advanced design of this PSU gives it 85%+ efficiency. This lets it pour maximum power to the four +12V rails which are rated at 18A each. It is certified by NVIDIA as being SLI ready. So load up your system and mow down your enemies tonight.
That comes from power efficiency and 2 PCIe connectors. There are also 6 SATA connectors, 6 Molex connectors and 2 FDD connectors. So you'll have plenty of connectors to handle whatever peripherals you want to install.

Pros: It lasted more than a year

Overall Review: This 700 watt unit was VERY lightly loaded. (<200watts). It only powered a dual core CPU in a backup server that idled 99.9% of the time because all it did was hold 11 hard drives used to hold backup data synced to it each night. I now buy Seasonic, Corsair, PC power & Cooling I have a PC Power supply that has been running daily since 2006. I think I paid more for this Junk FSP and I just did for a Gold rated Seasonic 750watt unit which has a much nicer build quality.

Pros: The four voltage rails deliver plenty of power to the cards with two dedicated PCI-E rails. This PSU is one of the few rated at slizone.com as 7900 GTX SLI certified. The OCZ 600 SLI PSU I had could not keep up with two 7900 GTX cards. Had all sorts of strange issues that are now remedied.

Pros: The cable layout is nice.

Cons: died after using it for 2 years.

Overall Review: Buy a name brand not this cheap nockoff.

Pros: One of the best 700watt PSU on the market. I purchase this on 4/29/2006 and still works today 11/17/07. My system has 4 Seagate Sata 3.0Gb/s 320GB, MSI GF7900GTX, AMD Opteron 175 & 120mm Cpu fan, 5 case fans that have run full speed, and 2 DVD drives. A real pc tech knows the most important thing in a PC is an reliable PSU. I even tested the DC voltage with a oscilloscope to see how well/stable the DC voltage was under heavy loads. Very impressive FSP Group solid DC line and no feed back noise. This PSU has been very reliable for me and I would highly recommend it to others. Tech note: I you want your pc to last try blowing out dust in your pc once in a while. Btw this is the second PSU I own my wife pc has a 350 watt thats 3 to 4 years old now and that still works great! Keep up the good work FSP Group you have a fan for life!

Cons: Power cables are NOT modular and long. But after thinking about it, I rather have the wires hook directly to main rails of power supply anyway less resistance issues. As for the long power cables, basically you do have some extra cable in your system just rap them up. Keep in mind not to block your case air path with your cables. Just put the power cable in an area where it does not affect the air flow through your system.

Overall Review: Working at computer store I see a bunch of PC with PSU that fail. Some are mostly do to junk main boards, storm/lightning damage, power brown outs, or just a junk PSU. I normally try to purchase top brand products for my dollar. This PSU fits that group perfect. The FX 700-GLN is an excellent PSU!

Pros: The message by Wheat Bread, listed possible DOA, it maybe his wiring in the house, I had the same. Mine now runs great and is very quiet. It can handle pretty much anything thrown at it. As long it isn't too extreme.

Overall Review: For the price get it, it can handle 1 DX 10 card.

Pros: Neat and long, the cables will fit in just about any case. Strong clean power supply.

Overall Review: this unit is also ATI crossfire certified, will power any SLI/X-fire set up with ease.

Cons: failed after 2.5 years, no support for this unit on fsp web site

Overall Review: The unit worked great for the first 2.5 years, but failed last night suddenly while I was playing a game (single graphics card). There was no evidence of the unit failing before this happened. I was surprised to find that the unit isn't listed under the support section of the FSP web site...

Pros: Was a stable power supply that worked fine until it died.

Overall Review: My system is on an APC UPS, so Im confident a surge didnt weaken it. Not too happy about having to run to Best Buy and having to pay full retail for a replacement, but glad that it didnt short out any other components when it died.