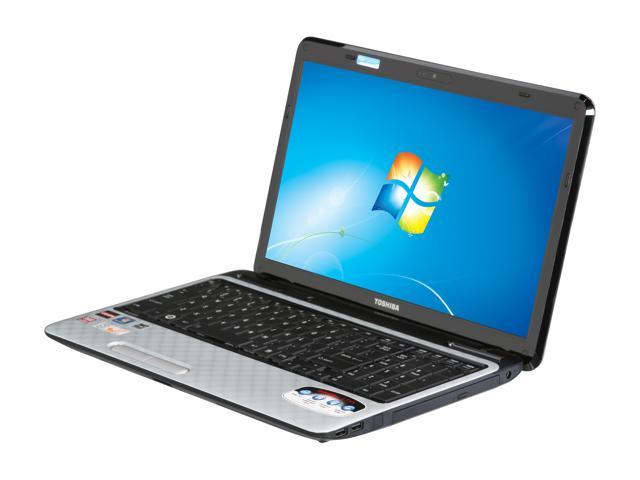 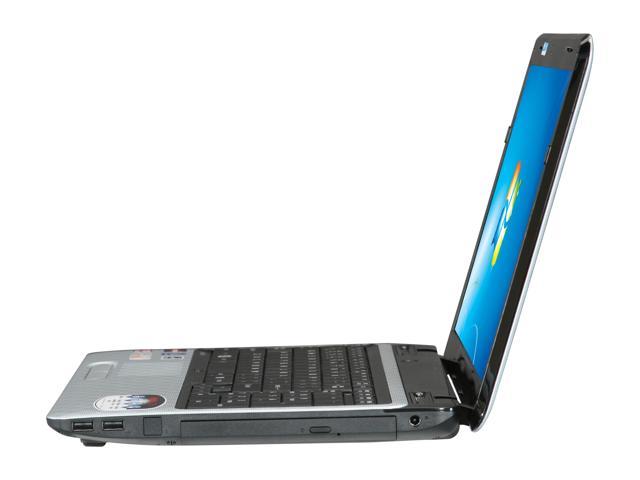 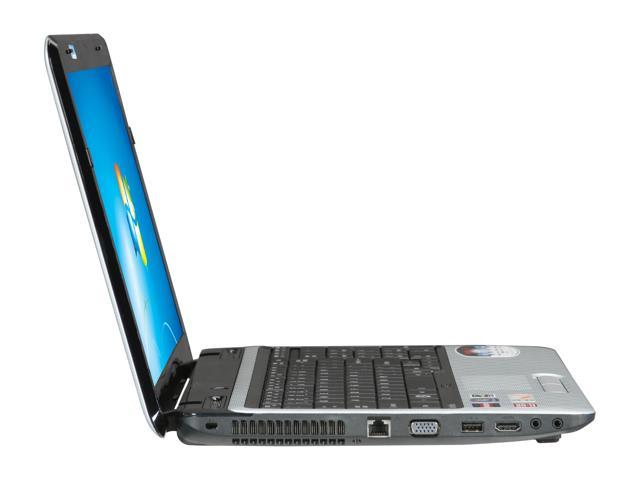 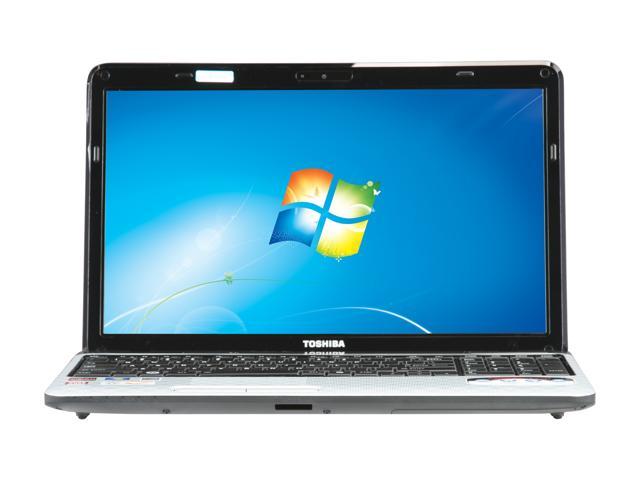 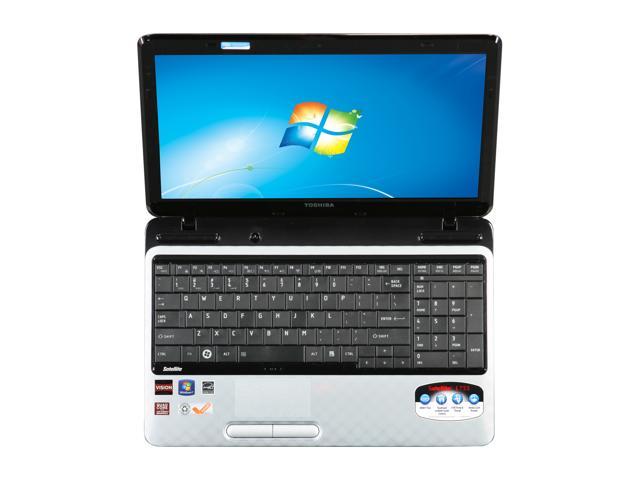 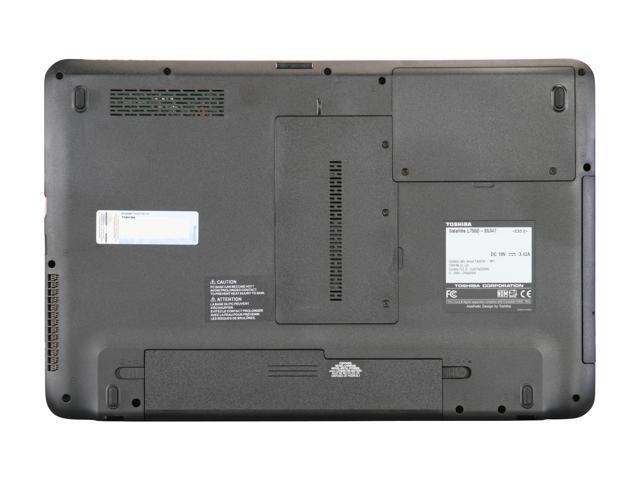 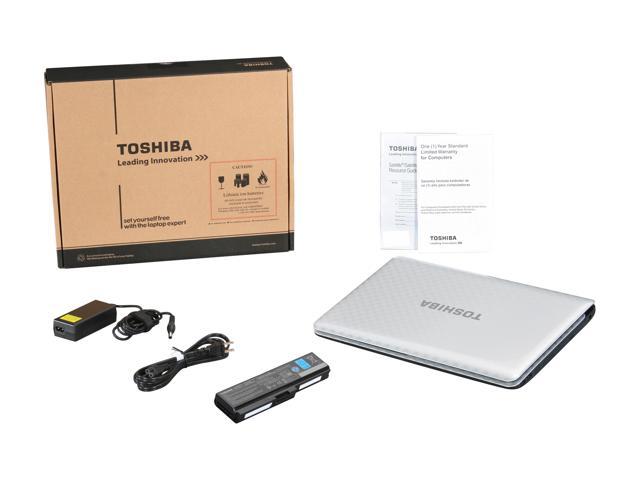 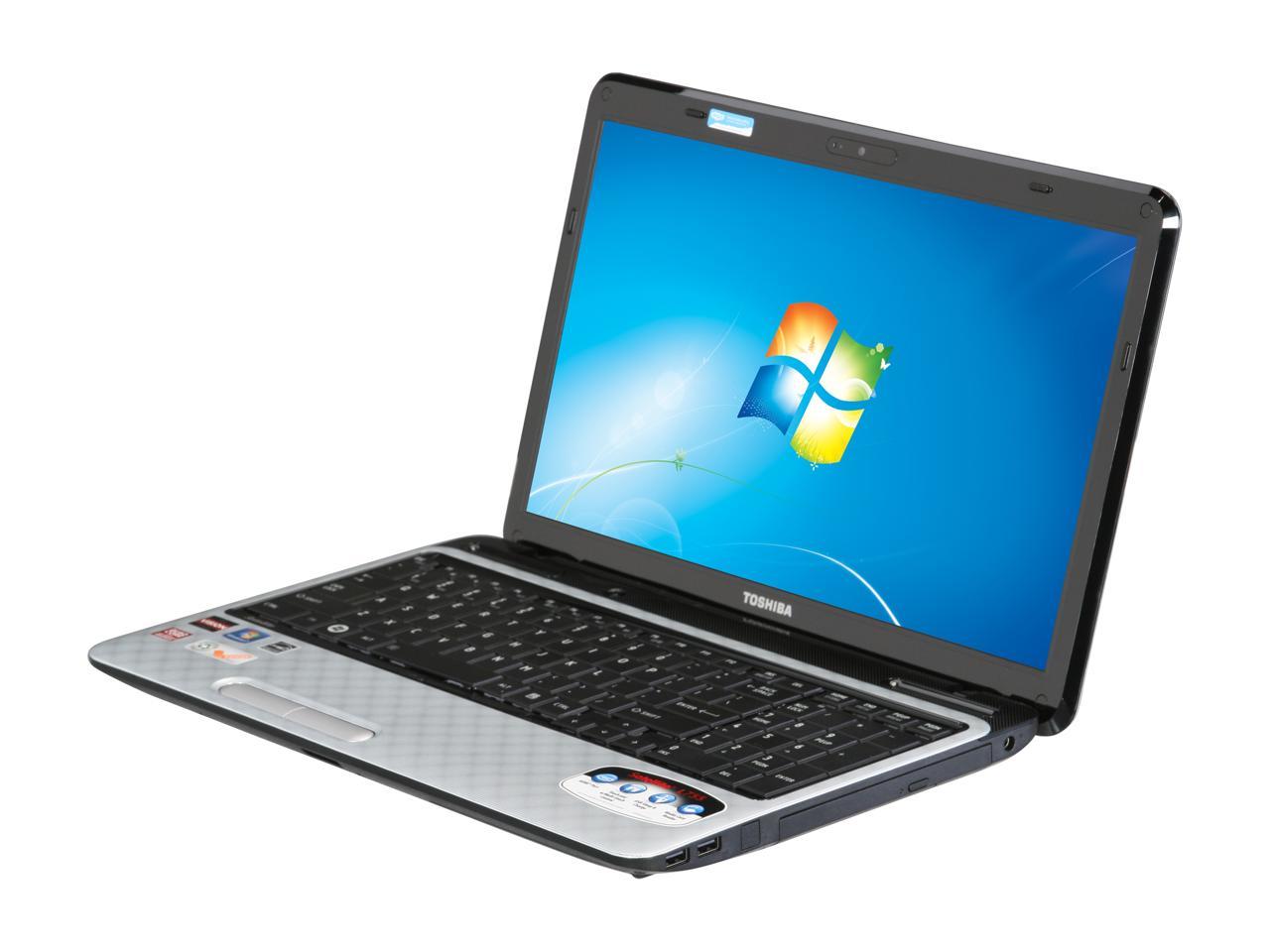 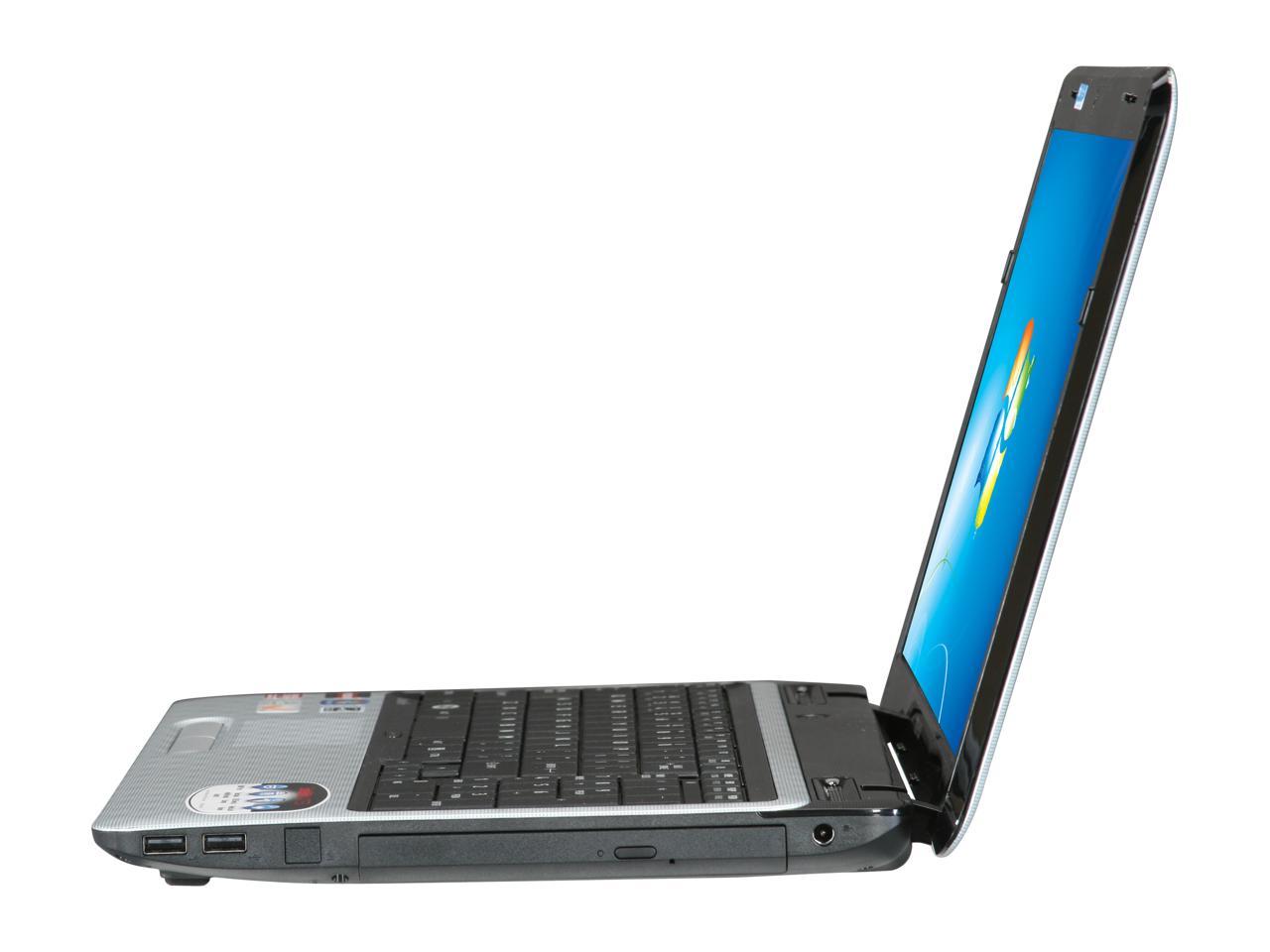 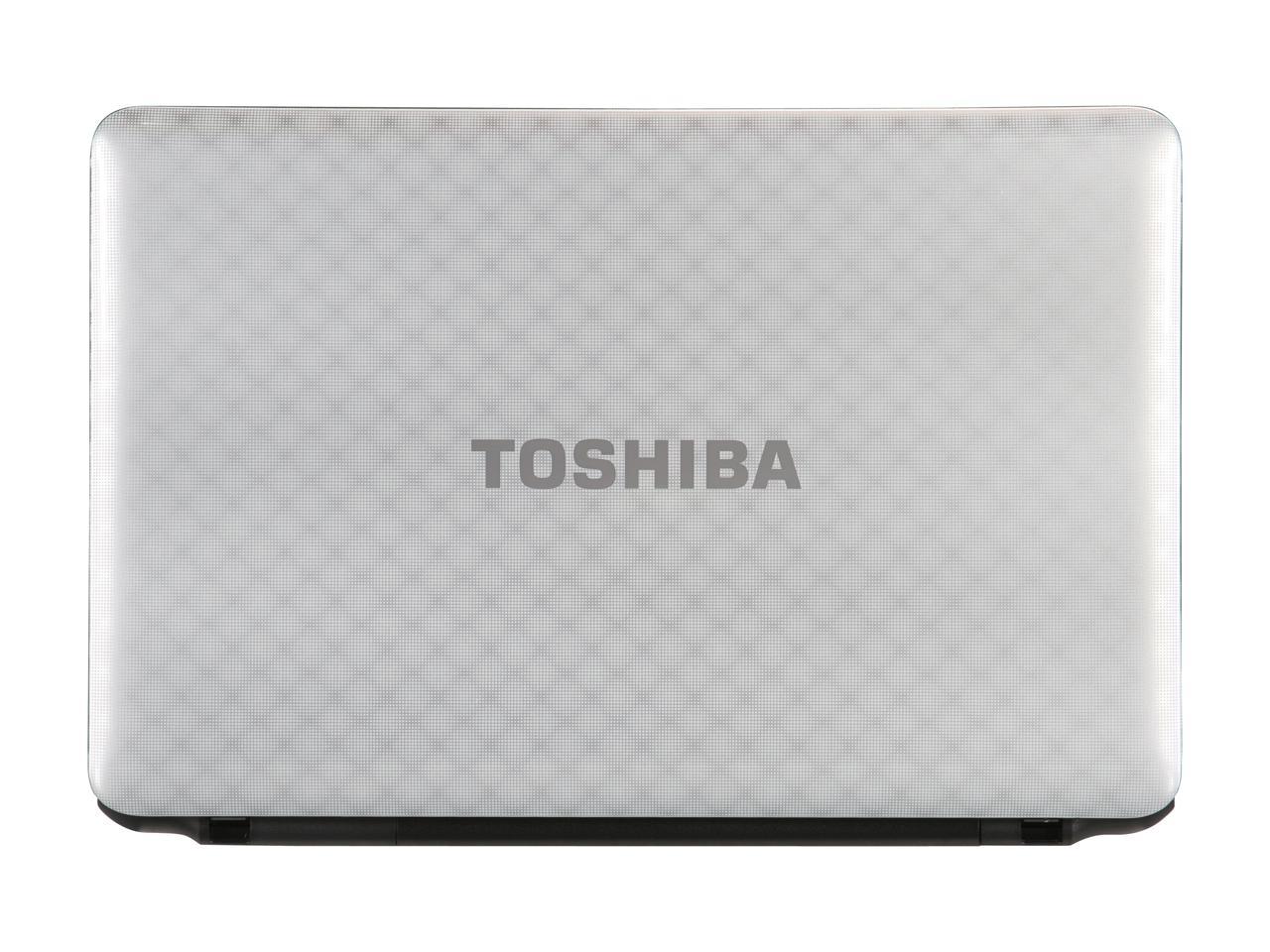 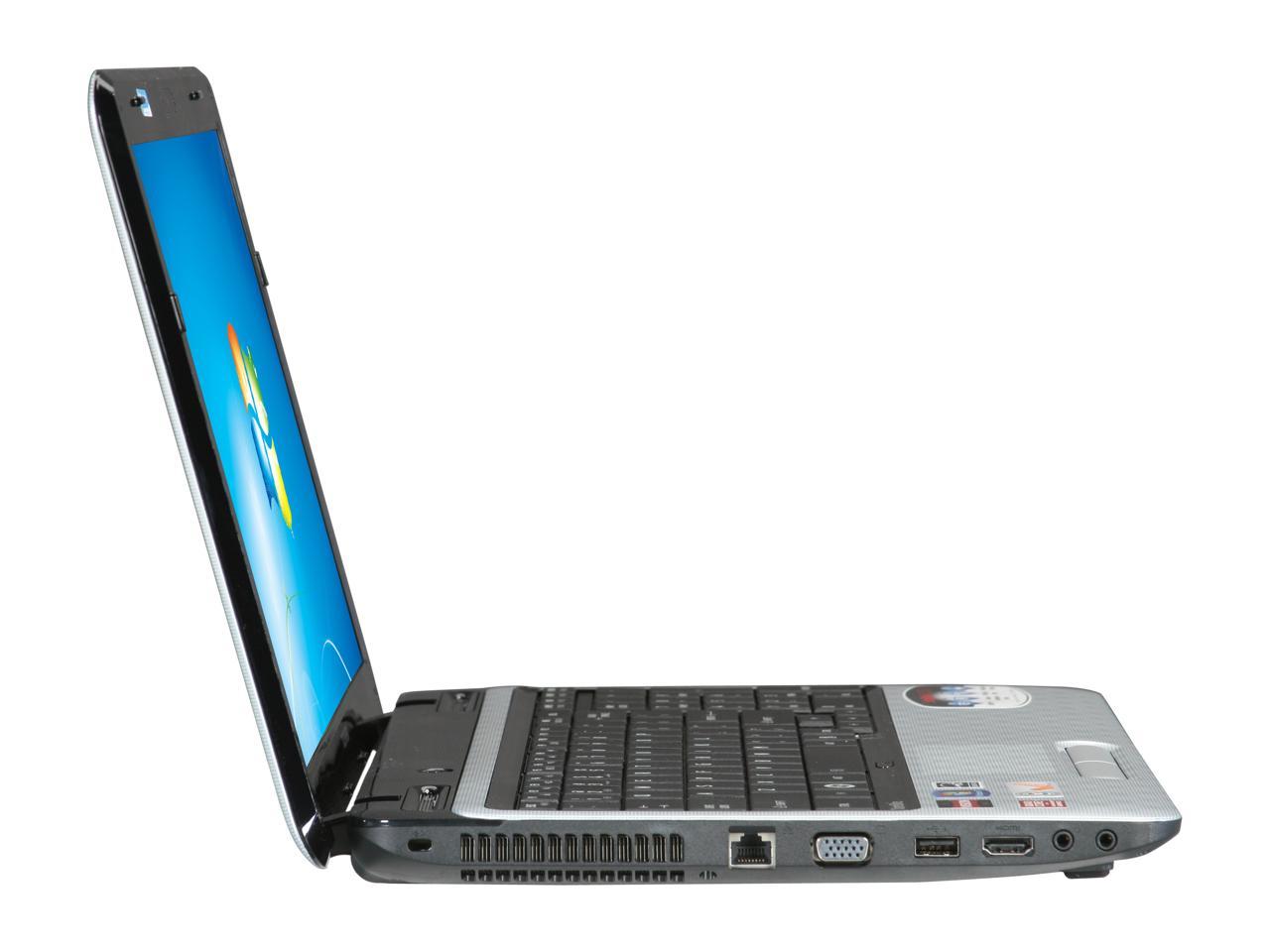 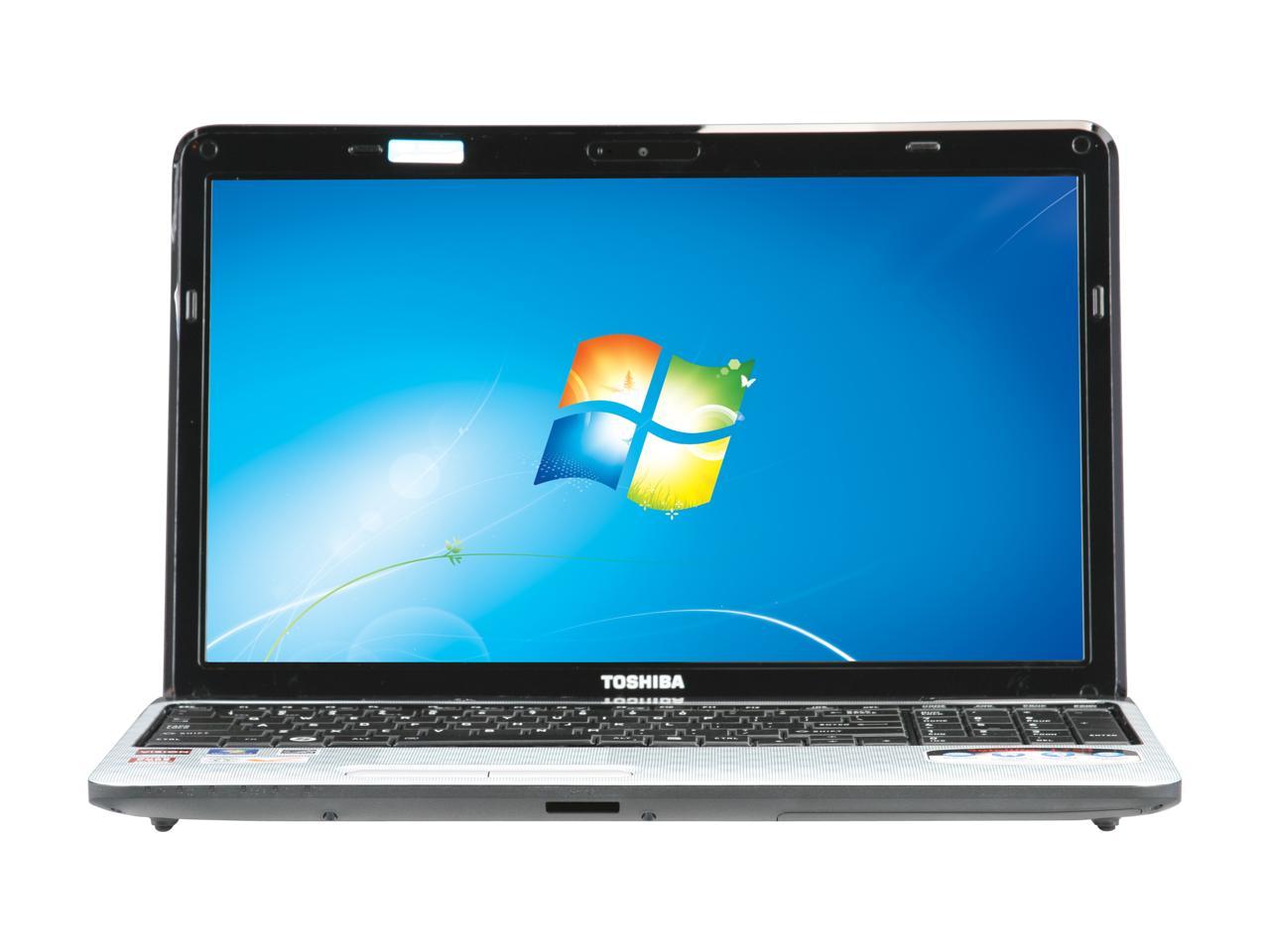 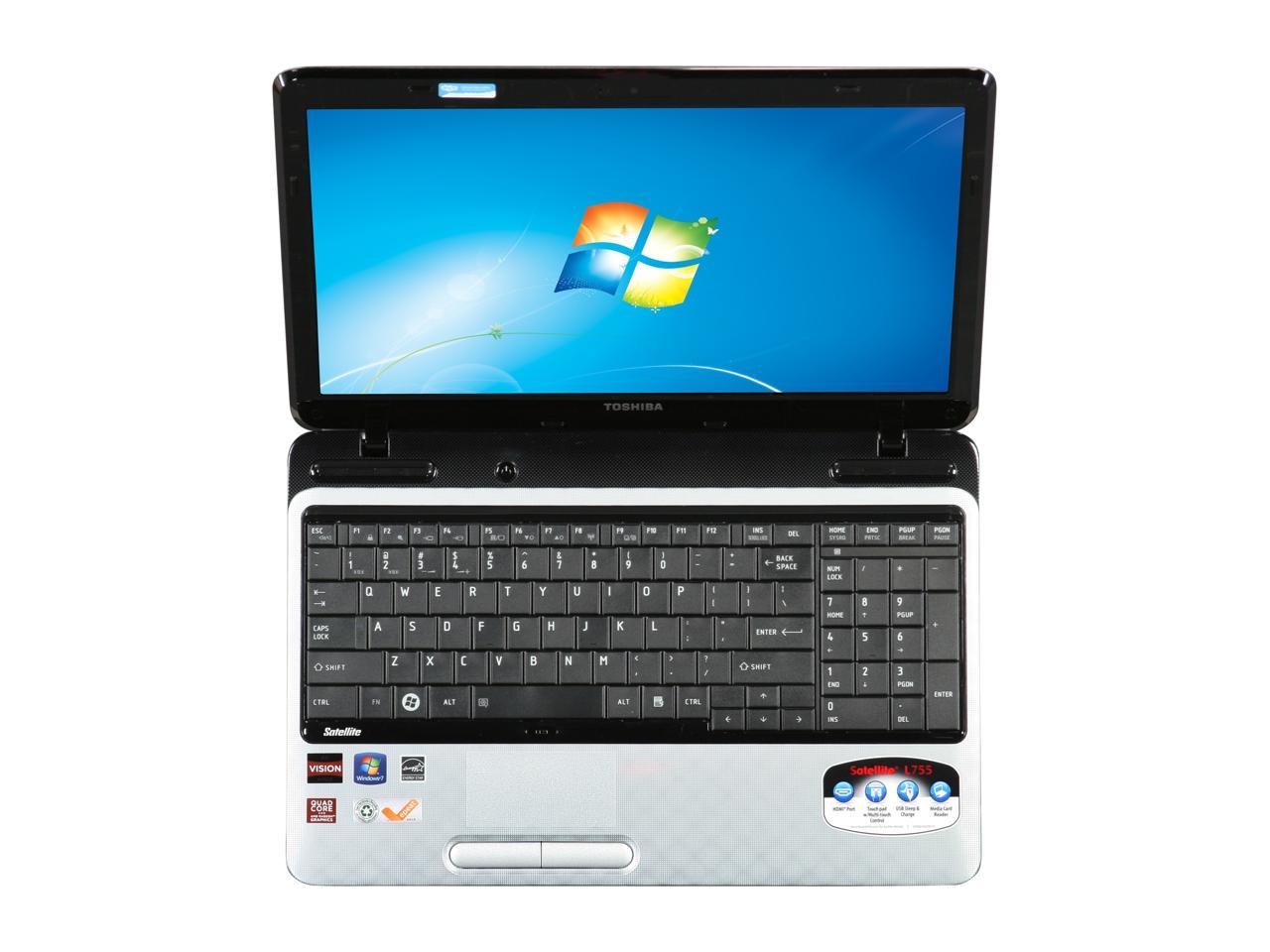 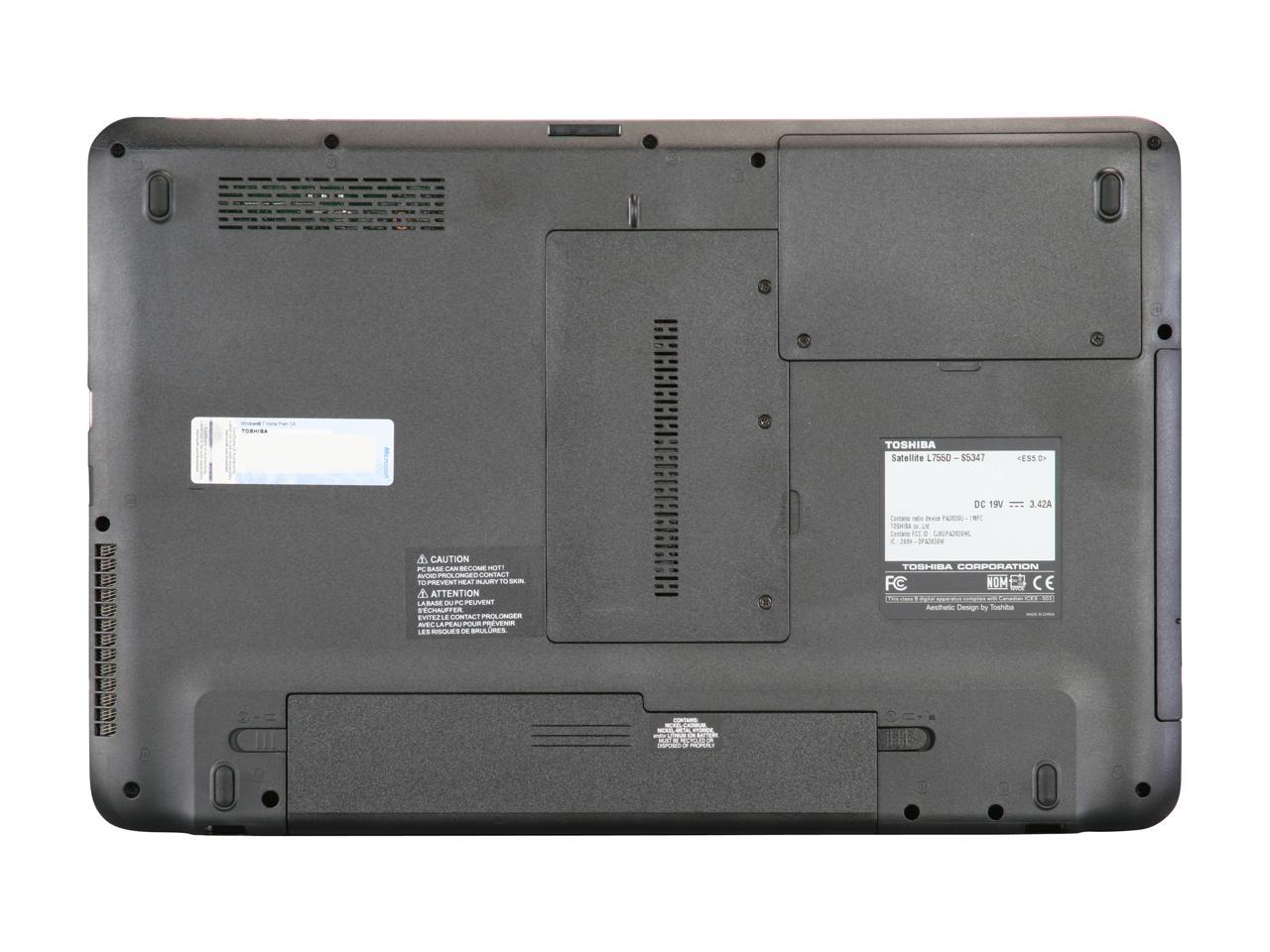 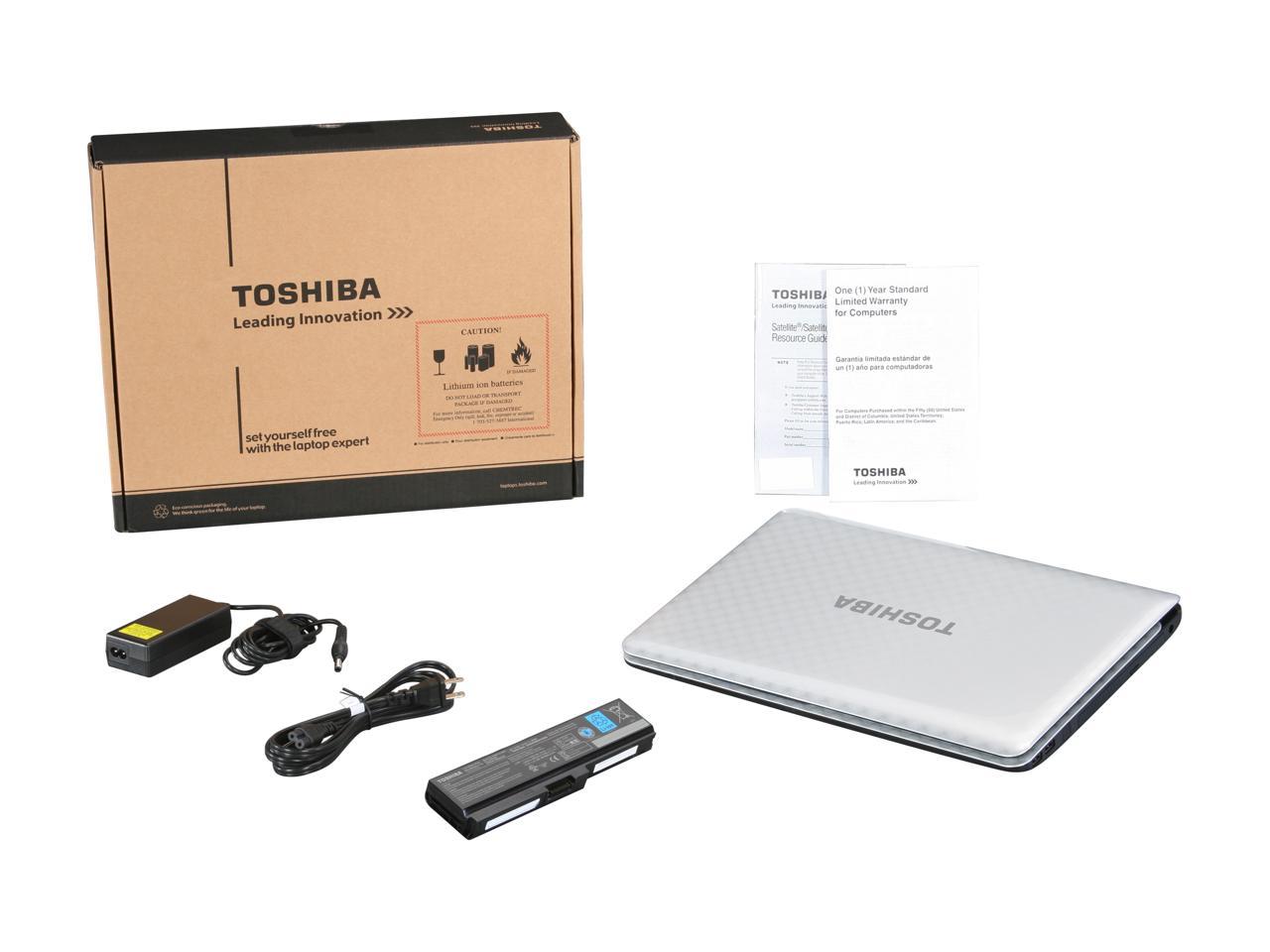 Pros: This unit has some serious power under the hood do not let the core speed worry u it has a automatic trotle that will boost the clock speed of cpu to 2.1mgz i.. it is a gaming laptop it will run Skyrim /at decent frame rate i use it 4 starcraft 2 as a mobile gaming rig also use Cad on it never a problem Quiet labtop cool running average battery life // for a 4 core unbelivable it will make rings around i5's intell based

Overall Review: at this price u better buy it !!

Pros: Great computer for cheap. -Awesome Cpu -Great for gaming I mainly use my desktop for gaming but I tested skyrim, left 4 dead, and shogun 2 on this and you should have no problems running all of them on medium settings. -Stays quiet and cool -Good speakers I was really expecting the speakers to be terrible but they are actually really nice and give a good quality

Cons: The only con i guess would be the small hard drive but unless u plan on downloading hundreds of movies and games on this thing dont worry about it.

Overall Review: I bought this on cyber monday for 400$, but I wouldn't be disappointed paying full price for this. If its on sale again definitely buy it.

Pros: price performance ratio (this has high bang for the buck) lightweight fast RAM APU bright screen comfie keyboard depending on where you live, shipping and tax are free!

Cons: wireless problems (see below) questionable durability in the long run (though I must admit, plastic cuts down on its weight, which is important for portability) smallish 320GB HDD annoying touchpad sensitivity (see below)

Overall Review: About 3 weeks ago, this was the best bang for the buck. Now, you can get similar laptops everywhere for about $50 less than the $399 I paid (before special offers tacked on). The A6 APU is great. Two annoying things I encountered were 1) the wifi had trouble connecting to an old SMC wireless router, but I think this has more to do with Time Warner Cable than Toshiba since it worked fine with a different wireless router and 2) the touchpad is so sensitive that lots of times if my palm or thumb was lightly touching the frame of the computer, the touchpad would interpret that as one touch, making my index finger's touch a 2nd point of contact and throwing me into multitouch mode. Now you can get similar units with a B950/940 or P6200. You sacrifice the A6 graphics, but with lots of office apps it won't make a difference and you save about 50 bucks. THIS IS NOT A HARDCORE GAMING MACHINE, although the video performs well in general.

Cons: The webcam speaker was not functional out of the box. I fixed it by reformatting, turning fast boot to off(kind of pointless really) and reinstalling the Conexent driver (which is done automatically when deleted)

Overall Review: Got this as a christmas deal but right now, AMD is offering a very respectable and capable entry level APU thats giving the i3-2xxx and first gen i5s a run for there money. Again, this is my opinion for the $400-500 15.6" laptop market.

Cons: -Runs a little hot (as expected from an AMD), makes me paranoid the cpu fan might die down the road. -Wireless is a little sketchy. At times it’s difficult to detect signals and loses signal frequently having to do a lot of reconnects. I’ve even tried this with my other laptops with the same spot, as they would pick up and maintain strong stable wifi signals, while this Toshiba does not. Though this isn’t a major problem, but it gets annoying in area without very strong wifi signals. -The built feels a little flimsy, a lot less sturdier than my other laptops. Feels like if I mishandle it a bit, the whole thing might break apart.

Overall Review: -Glad I bought it for around $400. Been working nicely and smoothly so far for the 6 weeks I’ve had it with just a few minor annoyances (but nothing is perfect). Though I will be careful to physically handle this laptop with care. Though I’ve should held out for an A8 processor which might be around the same price soon. I will update this more later on.

Pros: Battery lasts for quite some time (3-5H) if your not in performance mode , if your plugged in feel free to use all the juice you can tho. The graphics are good enough to run lots of games, even if it is on low. Bloatware isnt overdone, there is some but its easily rid of, or useful.

Overall Review: Buy some more ram for this, and maybe a bigger better hard drive and you got yourself a very good laptop thats gonna last for a while

Pros: -Quad core with turbo boost -6520G Integrated GPU is strong -4GB memory seems to be plenty, may upgrade later if I feel is necessary -Silver finish is handsome -$399.99 for this much performance is a bargain

Cons: -The hinges for the screen feel a little on the weak side but it looks like it will be okay as long as I'm not abusing it. -Comes with quite a lot of TOSHIBA-branded bloatware + preinstalled programs/games that you want zero part of. Took me a couple hours to go through and remove junk and optimize startup. Very quick now!

Overall Review: Bought this laptop for school and when I don't have access to my desktop, i.e. traveling for the holidays. Have only tried Mass Effect 2 on this so far but it ran it surprisingly smoothly. Have no doubt in my mind that this will be able to run SW: The Old Republic when it comes out. Long-term reliability is still a question, I've also never had to deal with Toshiba customer service. I've heard that Toshiba's quality "in general," is fairly good for being considered budget. Assuming this lasts me for a few years, it's quite a deal. You won't find more performance in a laptop for $400.

Pros: Don't let the $450 price tag fool you, this laptop gives you a lot for your money. The A6-3400M is a very good processor and falls in between the second generation Intel i3 and i5. Don't worry too much about the low clock, that's just there to keep power consumption low. The 3400M can boost up to 2.3 GHz. If you really want the extra power, the chip is overclockable via K10stat. What sold me on this laptop was its gaming capability. Usually, $400 gets you a integrated card that can't even dream of playing the latest games. This laptop's HD 6520 is integrated as well, but is far better than any integrated card I've used before. I can play NBA 2K12 on moderately high settings with anti-aliasing at a smooth 40 FPS. Moreover, I've seen this chipset play Crysis 2, Battlefield Bad Company 2, and Call of Duty Black Ops at medium settings smoothly. Impressive to say the least. $400 won't buy you a real gaming laptop, but this is as close as you'll get for $400.

Cons: First off, I'm not a huge fan of the keyboard. The num pad is actually pretty annoying and takes time to get used to. It is useful when you're doing number-heavy applications like working with an Excel spreadsheet (especially in the dark, I hate reaching for the number keys when I can't see). However, for normal use, the keyboard feels very crammed because of it. Due to its low price, this laptop doesn't have a lot of the features higher end ones do. For instance, the touchpad is not actually multi-touch. You can use the bottom and right side to scroll horizontally and vertically respectively, but that's basically it when it comes to advanced touchpad functionality. There also isn't any media keys on the top of the keyboard, which is not a huge deal, but I think it would be ideal to have some individual volume keys and brightness keys. The laptop is also heavy and somewhat thick, but for $400, you take the bad with the good.

Overall Review: This is my first laptop purchase in 3 years and I have to say that I am very pleased given the price and the functionality. It's not perfect, but considering it's $400 and somewhat of a low-end gaming laptop, it's pretty close. Note: if you hate the stickers they put on the laptops like I do. I have some bad news. They're not hard to take off by any means, but the Windows sticker is raised on a little plastic platform that is part of the plastic mold of the laptop. It's not all that bothersome, but if you have OCD, it could get on your nerves.