OUT OF STOCK
Sold by: Newegg
Shipped by Newegg
This item is currently out of stock and it may or may not be restocked.
Out of Stock
Add To Wish ListFound on 14 wish lists 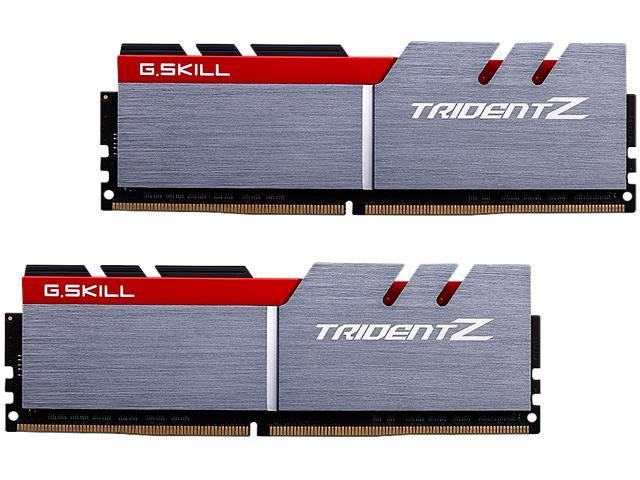 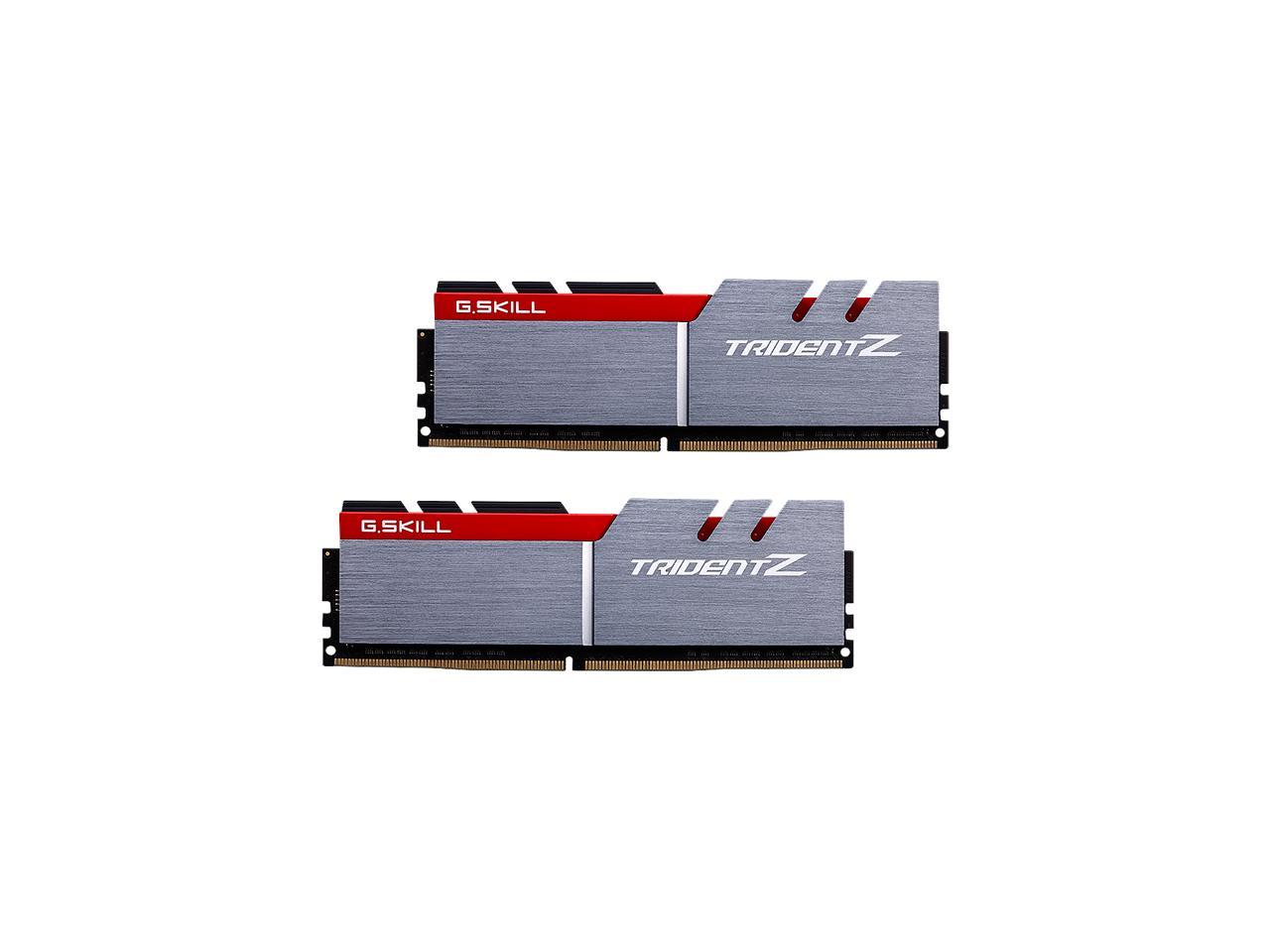 Cons: Expensive! Must be manually configured on the Ryzen platform. AGESA 1.0.0.6 BIOS or later recommended.

Cons: Only has 3600 XMP settings loaded, if you want to run it slower with tighter timings you have to play around and figure them out on your own.

Overall Review: The 16 Cas is something do do with the bios...wont run 15 cas no matter the speed. Will boot into windows @3600 but crashes with any real load, I believe this is still an immature Ryzen bios issue.

Pros: Decently fast kit Was able to get 3466 CAS 14 timings at 1.42V (Ryzen dram calculator using fast preset suggested settings for 3200mhz bdie but running stable at 3466 CAS 14 with tight manual sub timings) it would not post with those settings and more voltage at 3533 or 3600.

Cons: Expensive 3600mhz XMP did not work on a 570 itx board with updated current bios and stock bios with a 3400G. So had to do manual timings unless I wanted 2133mhz. 3600mhz also did not even work even with the safe timings suggested by the dram calculator which is CAS 16 etc and which is much looser than the 15 CAS this set is rated for. Would not post at 3600mhz no matter the timings/settings I used and I tried about 20 different voltage settings and a combination of timings while also trying with gear down mode on and off.

3 out of 3 people found this review helpful. Did you?
Manufacturer Response:
. Dear Customer Good to hear the memory kit is working well in your AMD Ryzen system. DDR4-3600 is not achievable by any motherboard or CPU; in some cases manual tweaking may be necessary to force stability. For example, if the CPU Internal Memory Controller is the limiting factor, increasing CPU SoC Voltage may help improve stability at a higher DRAM frequency. For odd number timings, gear down mode must be ON, otherwise C16 would be better. Should you need further assistance with set up or have any questions, please feel free to contact us directly. Thank you for choosing G.SKILL Quality and customer service are our top priorities. To check or report a technical problem, please visit the Official G.Skill Technical Forum: http://www.gskill.us/forum Tech Support Email: ustech@gskillusa.com RMA Dept Email: rma@gskillusa.com
Anonymous
Ownership: 1 week to 1 month
Verified Owner
Good ram, but XMP profile needs tweaking for Ryzen6/25/2020 1:08:54 PM

Overall Review: On my Ryzen 5 3600 system, running these at at stock XMP settings, memory stress test yielded errors. Had to manually bump the voltage up to 1.37V to get it to stabilize. Maybe I just got unlucky with the silicon lottery. Overall, still a good pair of RAM though. Good overclock capabilities. I was able to get these to run stable at 3600 MHz 14-14-14-28-42 with 1.45V Just little disappointing that they didn't work perfectly out of box.

2 out of 2 people found this review helpful. Did you?
Manufacturer Response:
. Dear Customer Good to hear the memory kit is working well in your AMD Ryzen system. This model will require the full 1.35V DRAM Voltage amount to be capable of rated specifications. Most motherboards supply a slightly lower amount than set in BIOS to prevent user overVoltage, so inputting a slightly higher DRAM Voltage may be required. With the proper value, the RAM should perform flawlessly. For any questions or concerns, please feel free to contact us directly. Thank you for choosing G.SKILL Quality and customer service are our top priorities. To check or report a technical problem, please visit the Official G.Skill Technical Forum: https://www.gskill.us/forum Tech Support Email: ustech@gskillusa.com RMA Dept Email: rma@gskillusa.com
Allen S.
Ownership: 1 week to 1 month
Verified Owner
For all the speed and none of the headache - even on Ryzen6/25/2020 6:18:53 AM

Cons: Red plastic trim? I don’t know - you may like it - the company says not to remove it as it may void warranty or damage the unit but plenty of you tubers show you exactly how to do it without incident - you be the judge

Overall Review: Already had one of these kits installed on a x570 / 3700x , enabled XMP and immediately got a performance boost to the CPU based on Ryzen’s Fabric clock loving higher speed RAM. Ended up using all 16Gb during some applications and ordered a matching 2nd kit. Don’t be discouraged by the “optimized for Intel” claims - just check your Ryzen board’s documentation to make sure this RAM is on the approved list of vendors and that way you should be able to use XMP. This is by far the easiest way to keep it fast and stable when you don’t want to put in the time to manually tune memory. 5/5 Would Want This Egg

Pros: Reliable. I've owned G.Skill since around 2007. I've had DDR2, 3, and now 4 kits. This time around I got a bit more serious into OC'ing, so I went with this RAM. I'm am not disappointed! Fast. I've got mine clocked to 3866. That seems to be the sweet spot for me. Everything is just snappy.

Cons: Umm...It won't cook for me? But then again, it probably would with the right voltage. Never have I had an issue with G.Skill. Honestly, don't think I will.

Overall Review: Overall, G.Skill is the best in my book. I haven't bought anything else since 2007.