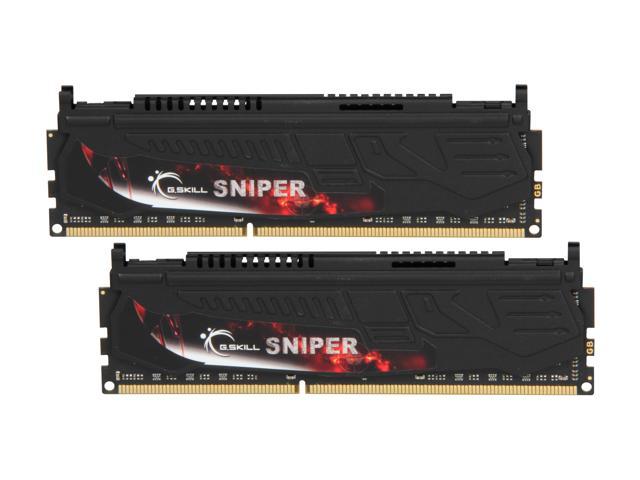 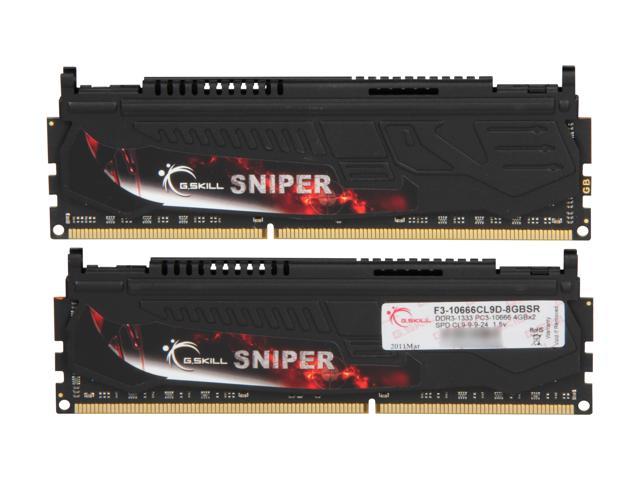 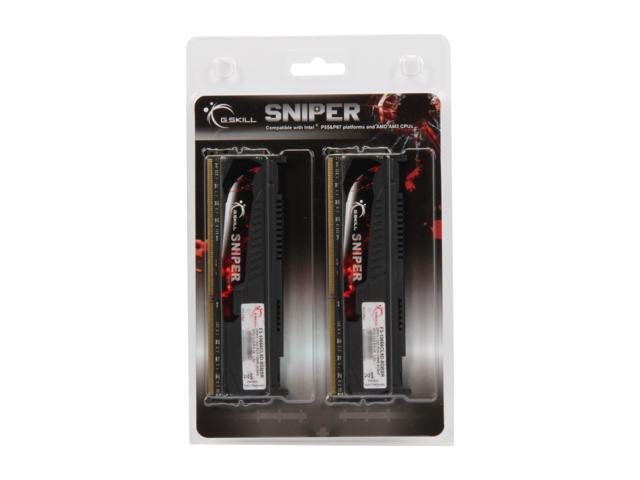 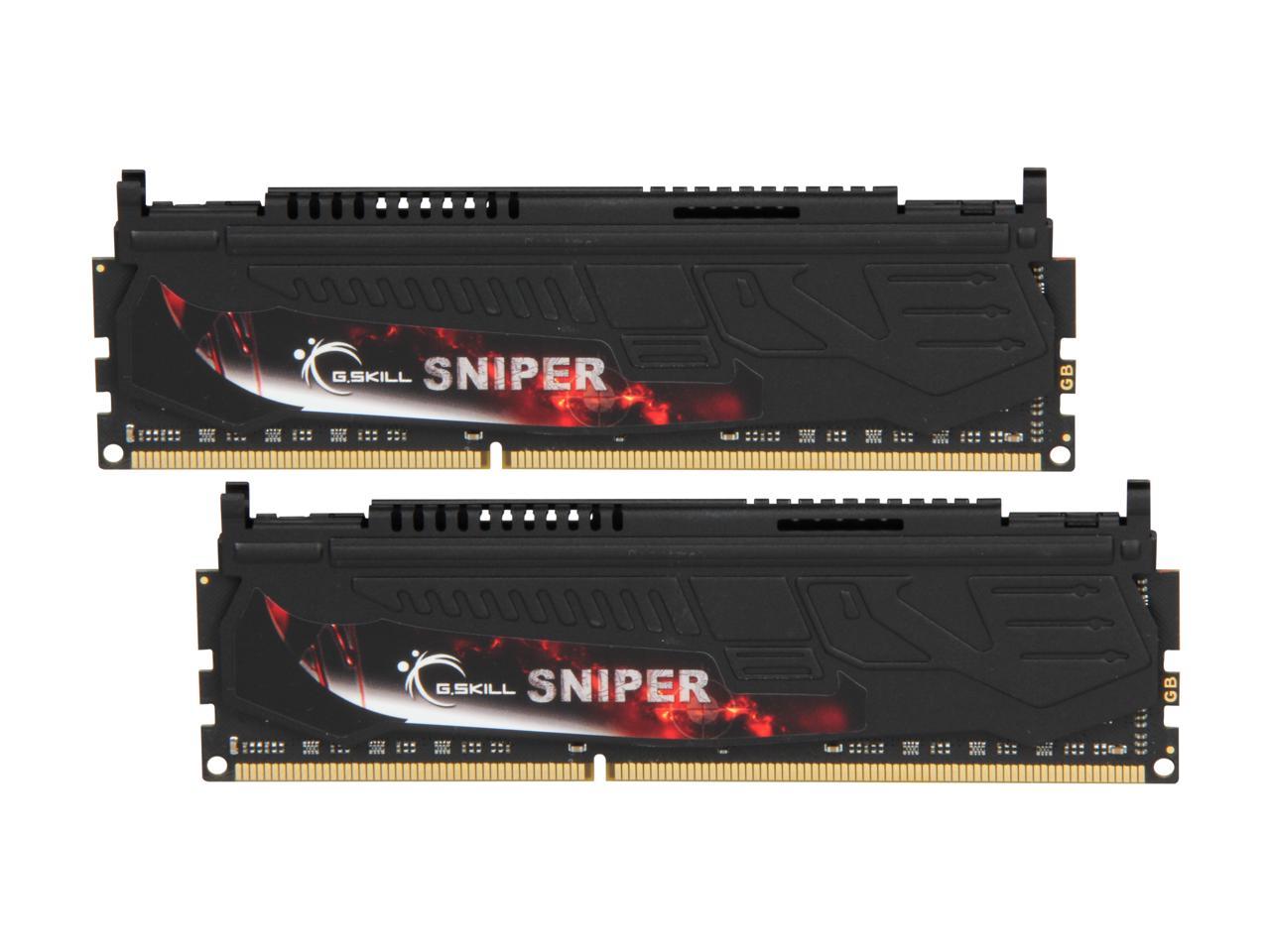 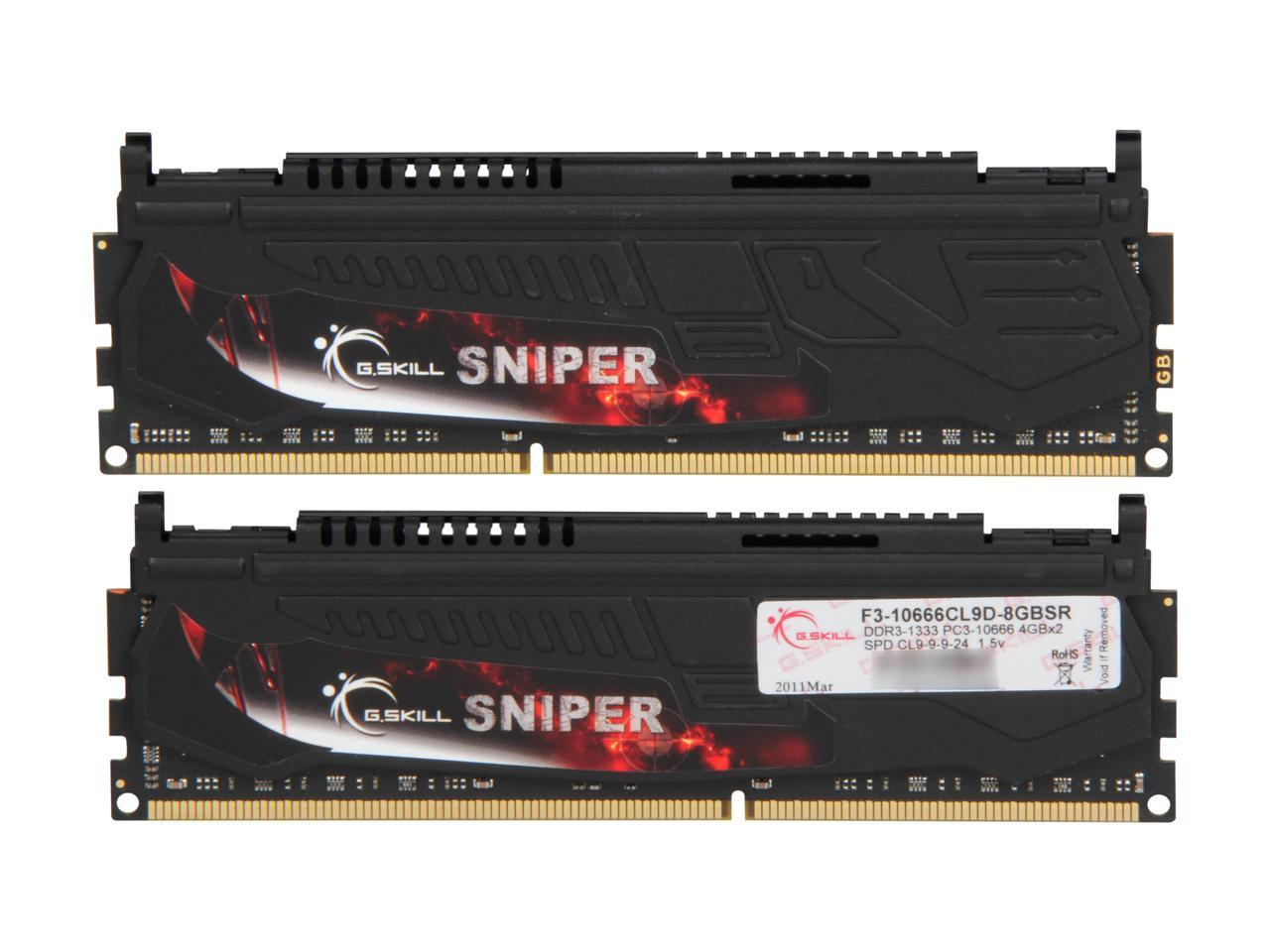 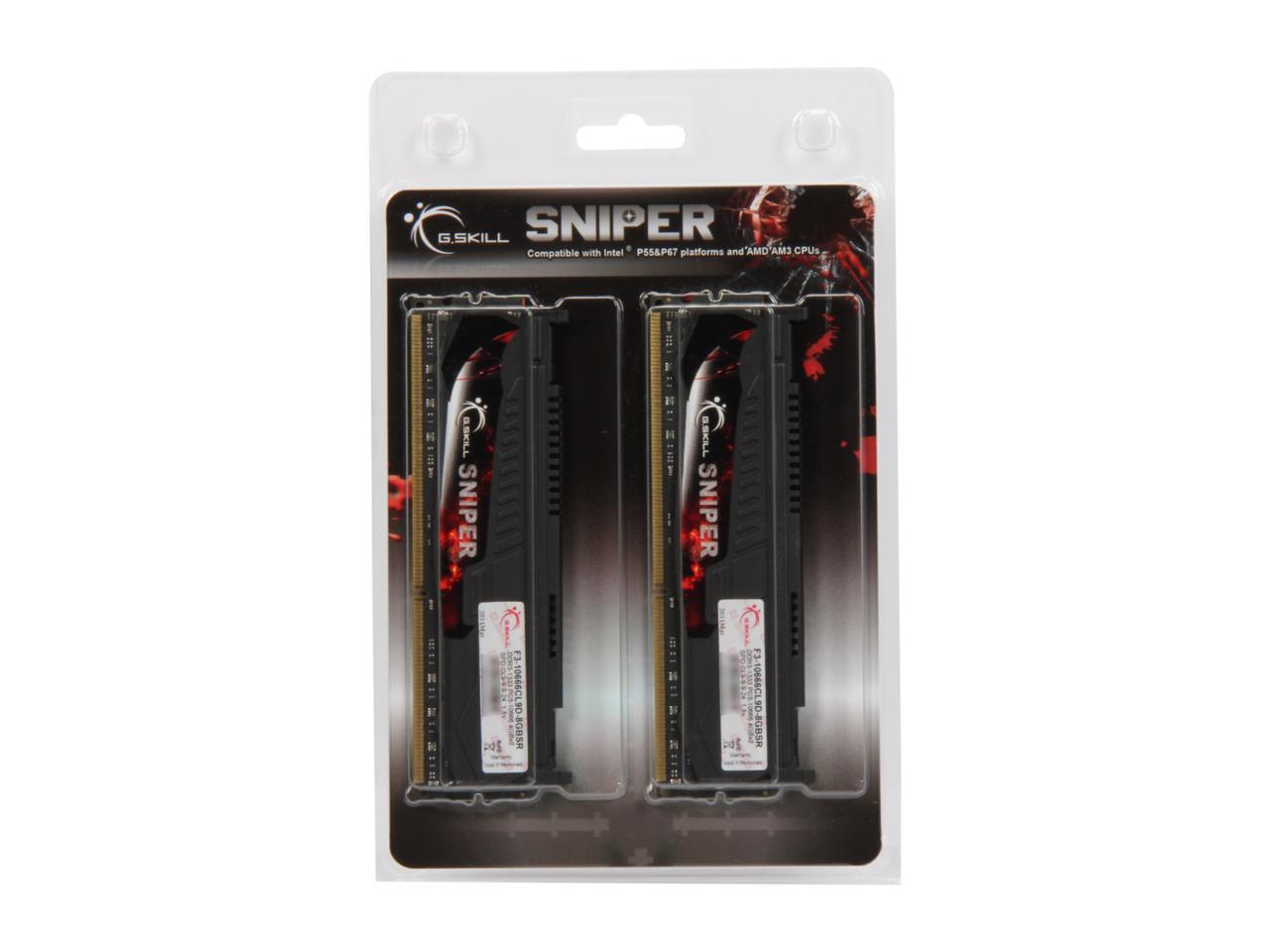 Cons: No cons that I can see. Well, maybe if you were trying to use a wide heat sink/cpu cooler. These modules are slightly taller than the naked modules due to their heat spreaders.

Overall Review: Cheap and it works!

Pros: It's pretty fast, has cool looking heatspreaders, and it's from G.SKILL, which is the only company I buy RAM from (excellent product support from what I've seen, and lifetime warranty are awesome). Also comes with a nice case badge. It also passed one pass of memtest86+ with no errors at stock frequencies/timings/voltage, and it seems very stable.

Cons: No real cons pertaining to the RAM itself (do see Other thoughts though). I guess it might of been nice for this RAM to be at 1600MHz and 8-8-8-21 timings, but then again, that would probably also be a lot more expensive. Plus this RAM can be overclocked/volted as well to an extent, if you know what you're doing.

Overall Review: On my Biostar A880G+ motherboard, the RAM was a bit difficult to snap into the board (mostly Biostar's fault here though). I also have a Coolermaster Hyper 212 Plus CPU cooler, and one slot of RAM is right under the right-side fan location. Because of the RAM's extra height, the fan had to be raised slightly. While this isn't affecting temperatures in a negative way at all, it was also preventing me from putting the side of my case (APEX TX-381). So if you are buying this RAM, be sure to do a little bit of research and take note of measurements to ensure you'll have a smooth installation process. Also I would recommend most people to at least have 8GB of RAM. I used to have 4GB of RAM, and according to Task Manager in Windows, I would never actually go past using 3.7GB with games. Because of this, I figured I didn't need anymore RAM. As it turns out in Resource Monitor though, the RAM was actually being fully used, even without heavy gaming. You have your RAM that's in use, which is what Task Manager shows, and then you have RAM that's not in use, but is in Standby. RAM that is in Standby isn't free. And then finally you have the RAM that is free for use. I had little to no free RAM available in the past most of the time with only 4GB. Just to give an example of how good it is to have plenty of RAM available, I have Guild Wars 2 open, Google Chrome with 18 Tabs open, Steam, Evolve, and MSI Afterburner open on Windows 8. 4.2GB of RAM is in use, 179MB modified, 3.6GB in standby, and 200MB free. Not sure how I was surviving with only 4GB of RAM before... And I was also able to disable my Windows Pagefile with no out-of-memory errors (yet). Might not be entirely advisable to do so however.

Pros: No BIOS settings required and both worked right out of the box! These appear to be stable and they easily handle what I throw at them. I went with 8GB for a WHS2011 build because of an app that I use to copy shows and convert to MP4, it was a memory pig.

Pros: This kit was mated with an Asus P8P67 Pro motherboard and an Intel Sandy Bridge i7-2600 processor. The memory is able to run at full rated specifications with no issues or difficulty whatsoever. I love the low 1.5v power requirement, which is nice and easy on my components. There is no discernible disadvantage in this DDR3-1333 speed compared to my previous OCZ DDR3-1600 in any of the gaming or productivity applications I have used. The physical profile is standard, and the Sniper decals are fairly sharp looking. The price at the time of purchase was incredibly reasonable for 8GB. G.Skill has an impressive offering here.

Cons: None come to mind. It's memory. It works, and works well.

Pros: Dropped it into my system passed memtest works great,

Cons: It can not be used as an actual sniper rifle

Overall Review: For the price I say you can't beat this memory

Pros: G. Skill has always been a solid pick. I've purchased about 5 different sets of ram from them over the years, and have never had to RMA any of it. I really like that this ram is simple and classy looking. I don't want X-TREME RIP JAW RAZOR LED FATALITY MT DEW EXPLOSION ram. Plain, simple, cheap, works perfectly, with no gimmicks

Overall Review: I've recently picked up OCZ, Geil and Patriot. All had bad blocks and were RMA'd. Stick to G.Skill.