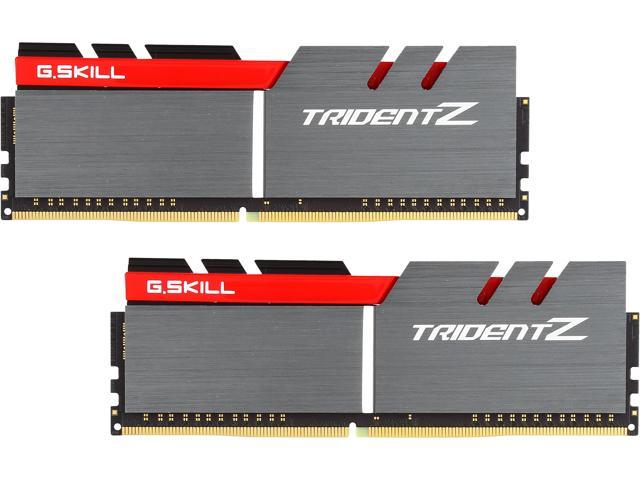 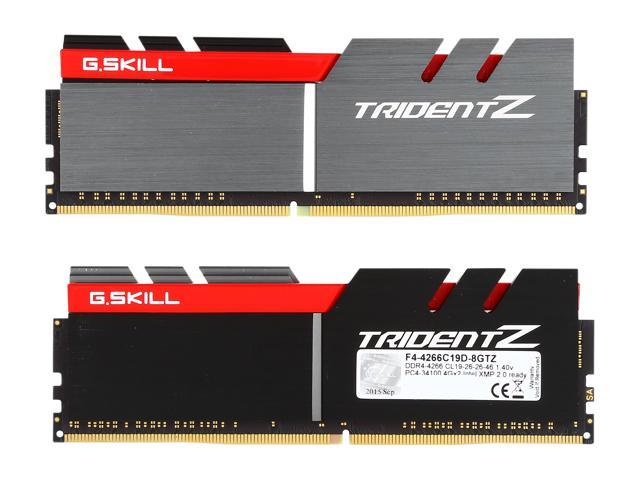 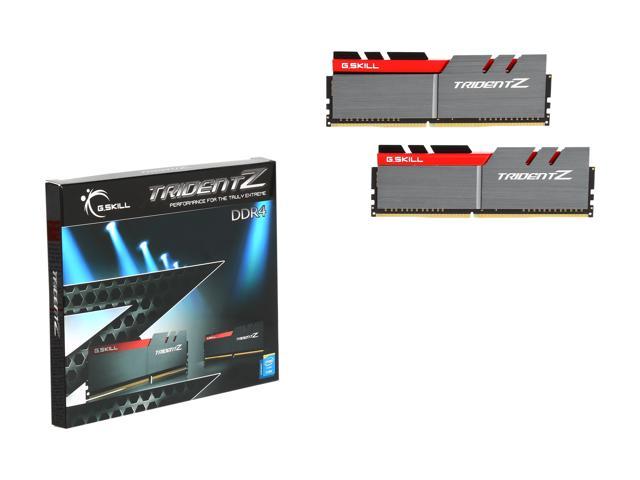 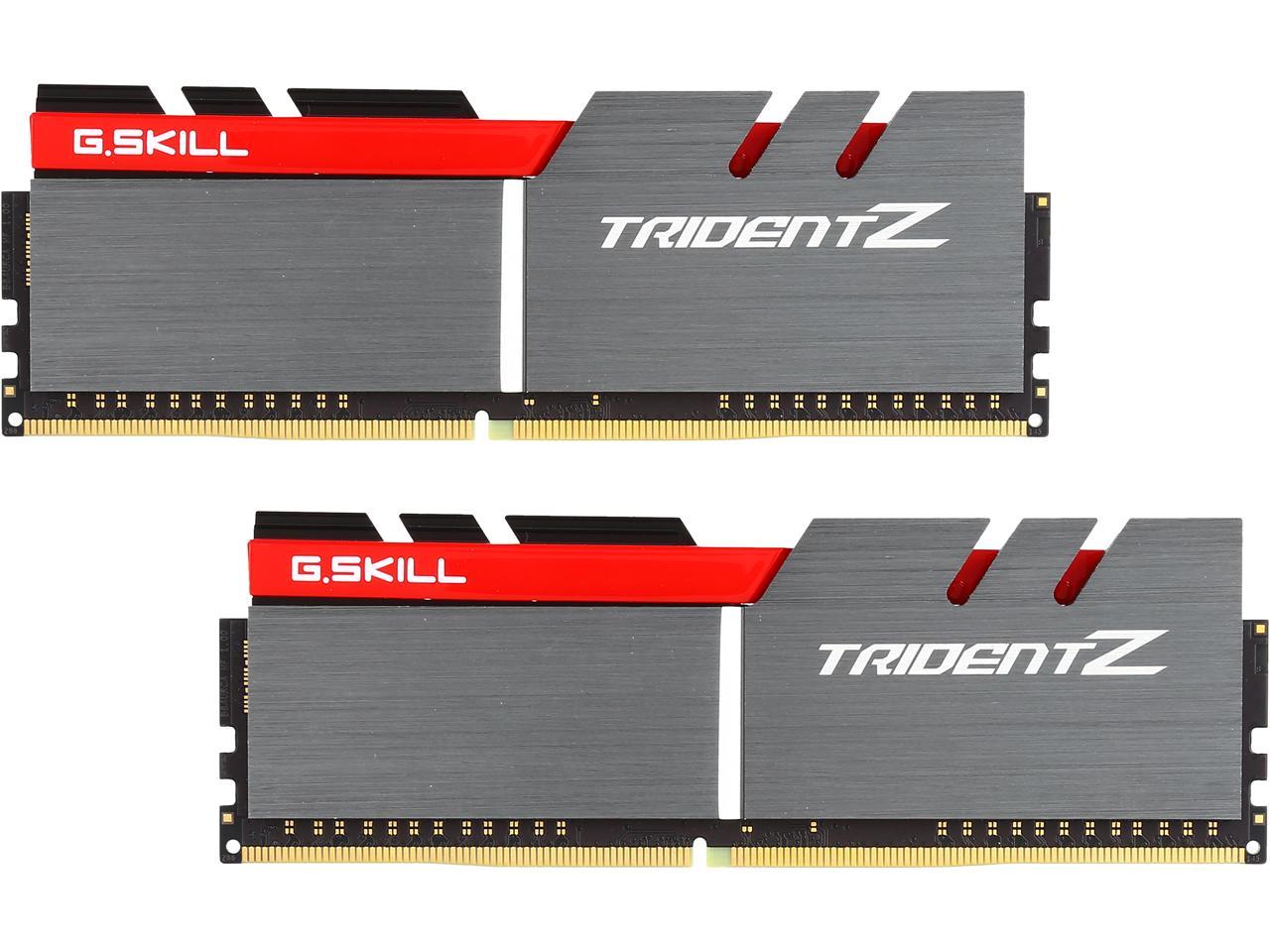 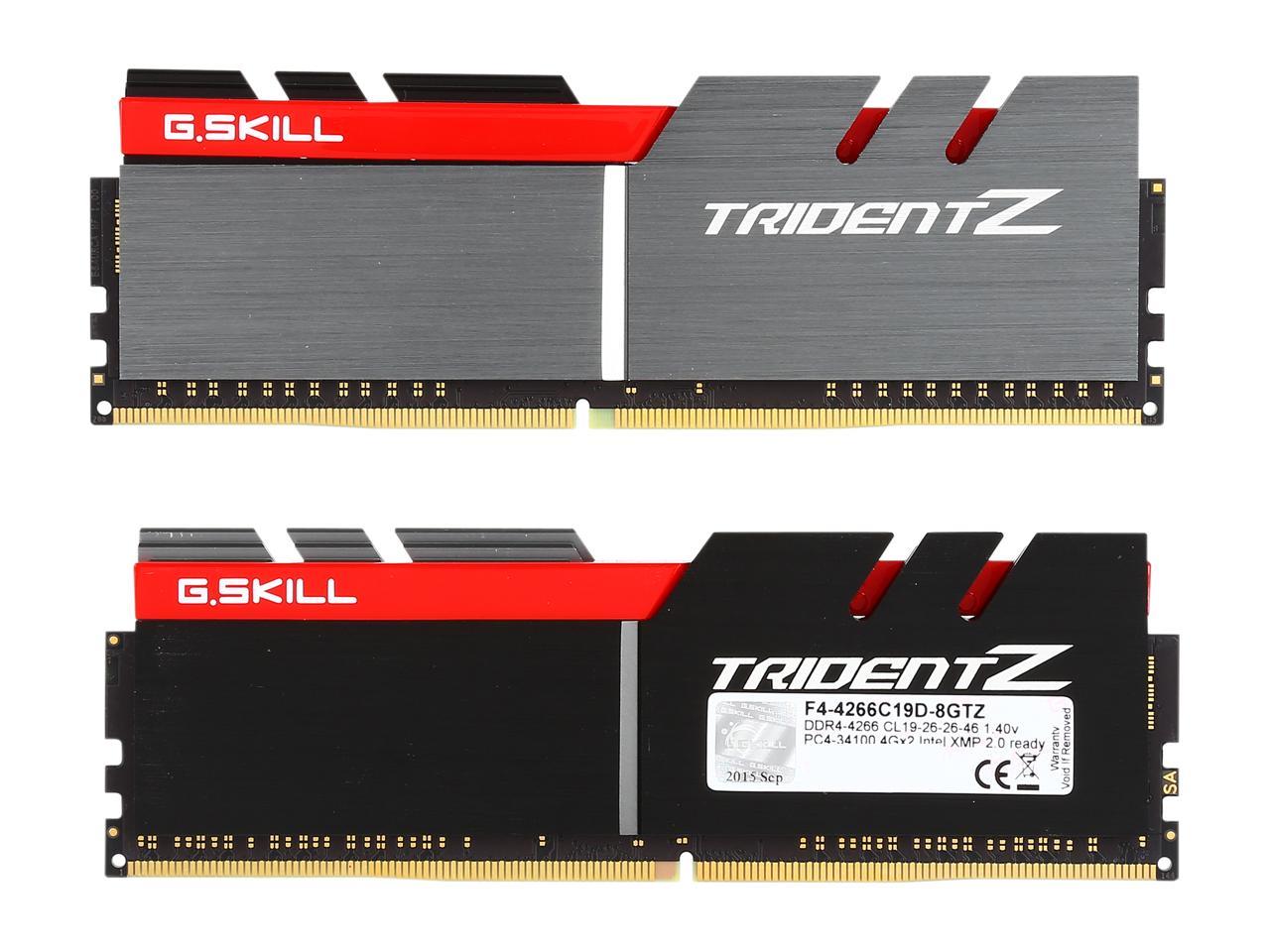 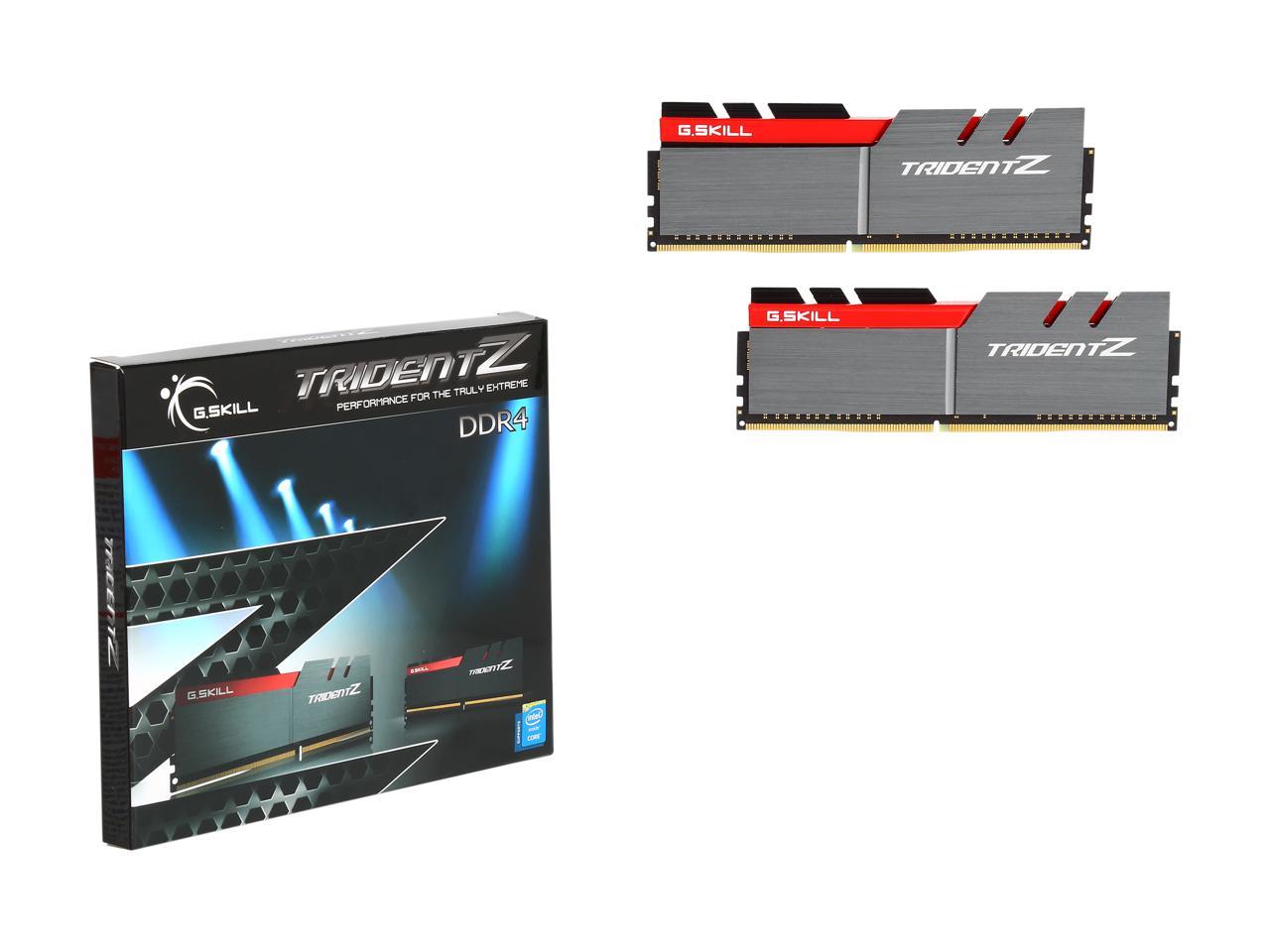 As one of the world's highest-performing DDR4 memory, the G.SKILL TridentZ Series is meticulously designed for extreme overclockers, high-end system builders and performance enthusiasts. A New Level of Ultimate Performance

Designed for PC enthusiasts, overclockers, and extreme gamers, the TridentZ Series DDR4 is built with specially-screened ICs qualified through the legendary G.SKILL selection process that rigorously tests for reliability, compatibility, and performance across a wide range of motherboards.

Built for the highest performance, G.SKILL's TridentZ Series memory is the world's first to bring DDR4 4000MHz to XMP rated speed on the first launch, as well as the world's first memory to break the DDR4 5000MHz overclocking world-record barrier. The TridentZ Series maintains an aggressive fin design for highly-efficient heat dissipation, while introducing an innovative dual-color heatspreader construction and a luxurious hair-line finish. Look no further for memory that combines performance and beauty for building a stylish, modern PC. No compromises! These extreme-speed memory kits not only come in kits of 4GB and 8GB modules; a series of ultra high speed 16GB modules are also available in the TridentZ Series. Build your dream supercomputer with DDR4 up to 128GB (16GB x 8) of ultra-capacity at ultra-high frequencies. All TridentZ DDR4 memory kits are tested with G.SKILL's rigorous validation process on major-performance motherboard brands to ensure best-in-class reliability and compatibility across the widest selection of motherboards. Cons: 2nd stick is .1v+ difference. which is pretty wild. QC issues HeatSink fell off when I tried to install it.

Manufacturer Response:
. Hi Marilyn Thank you for your G.Skill purchase and review. Each memory kit is guaranteed capable of the rated specifications. However, the overclocking potential beyond the specifications are not. The G.Skill Trident Z series is the best RAM on the market. If you feel a module is not working up to specifications, please feel free to send them in for RMA exchange. Visit the G.Skill website for complete RMA procedure. For any further questions or concerns, please feel free to let us know. Thank you GSKILL SUPPORT Quality and customer service are our top priorities. Tech Support Email: ustech@gskillusa.com RMA Dept Email: rma@gskillusa.com G.Skill Forum: http://www.gskill.us/forum/