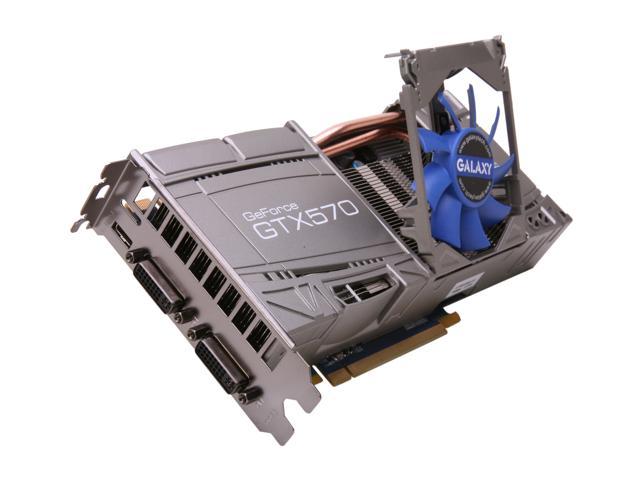 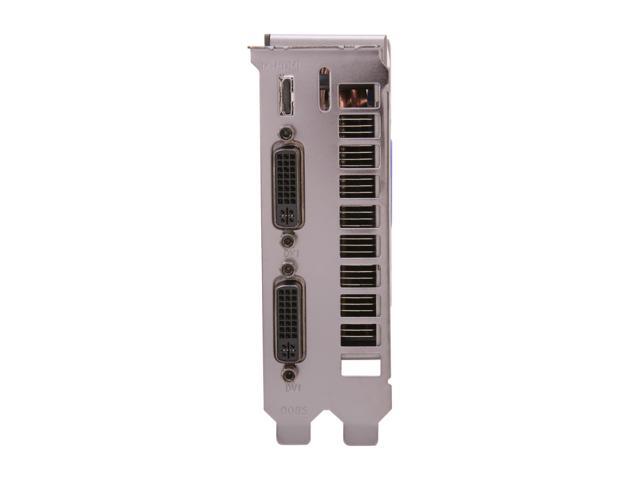 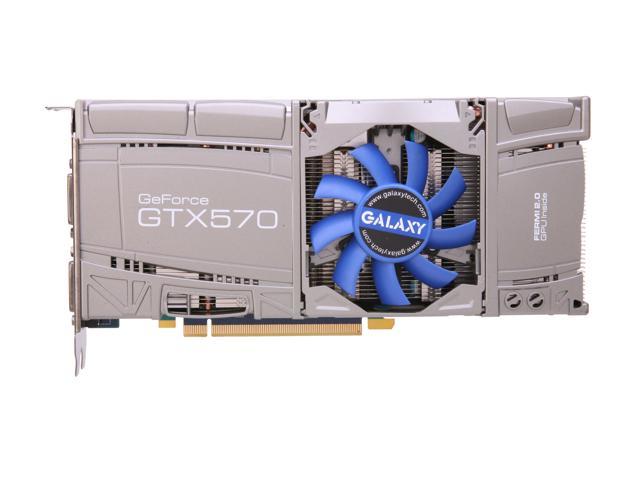 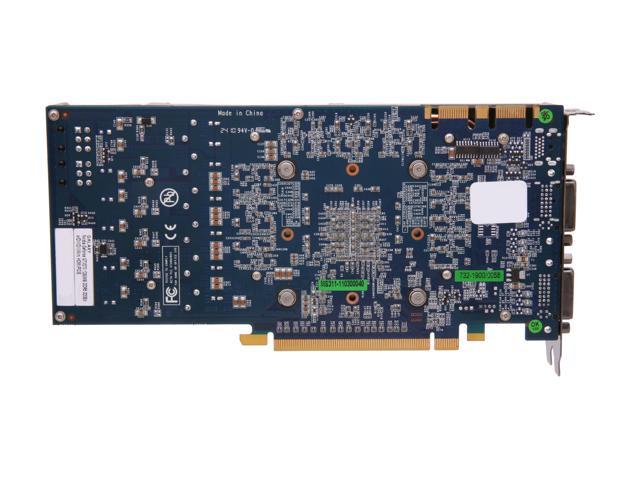 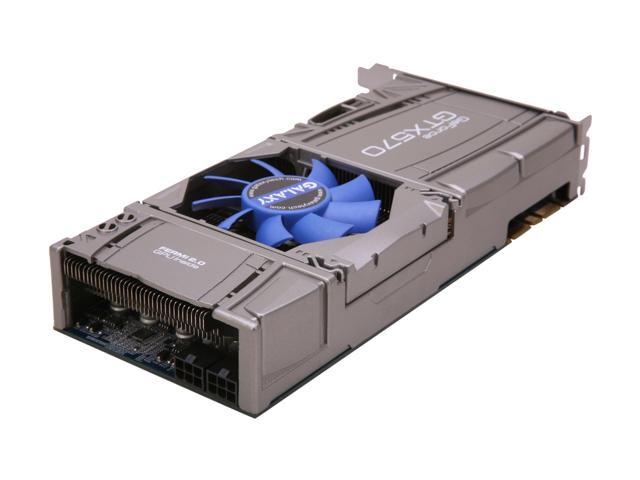 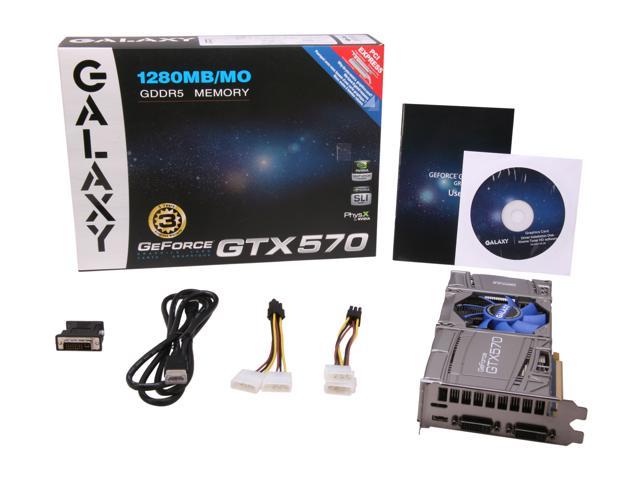 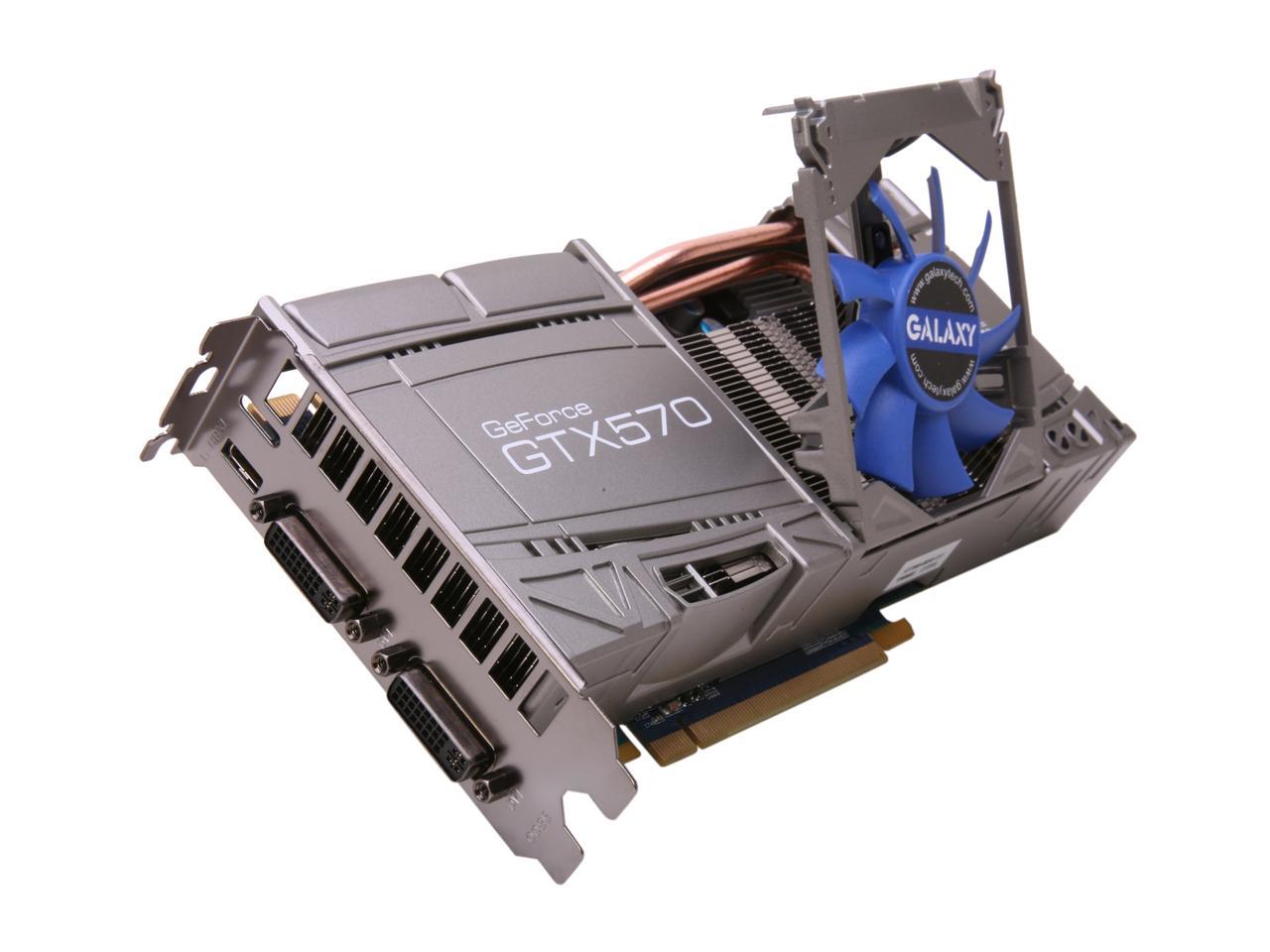 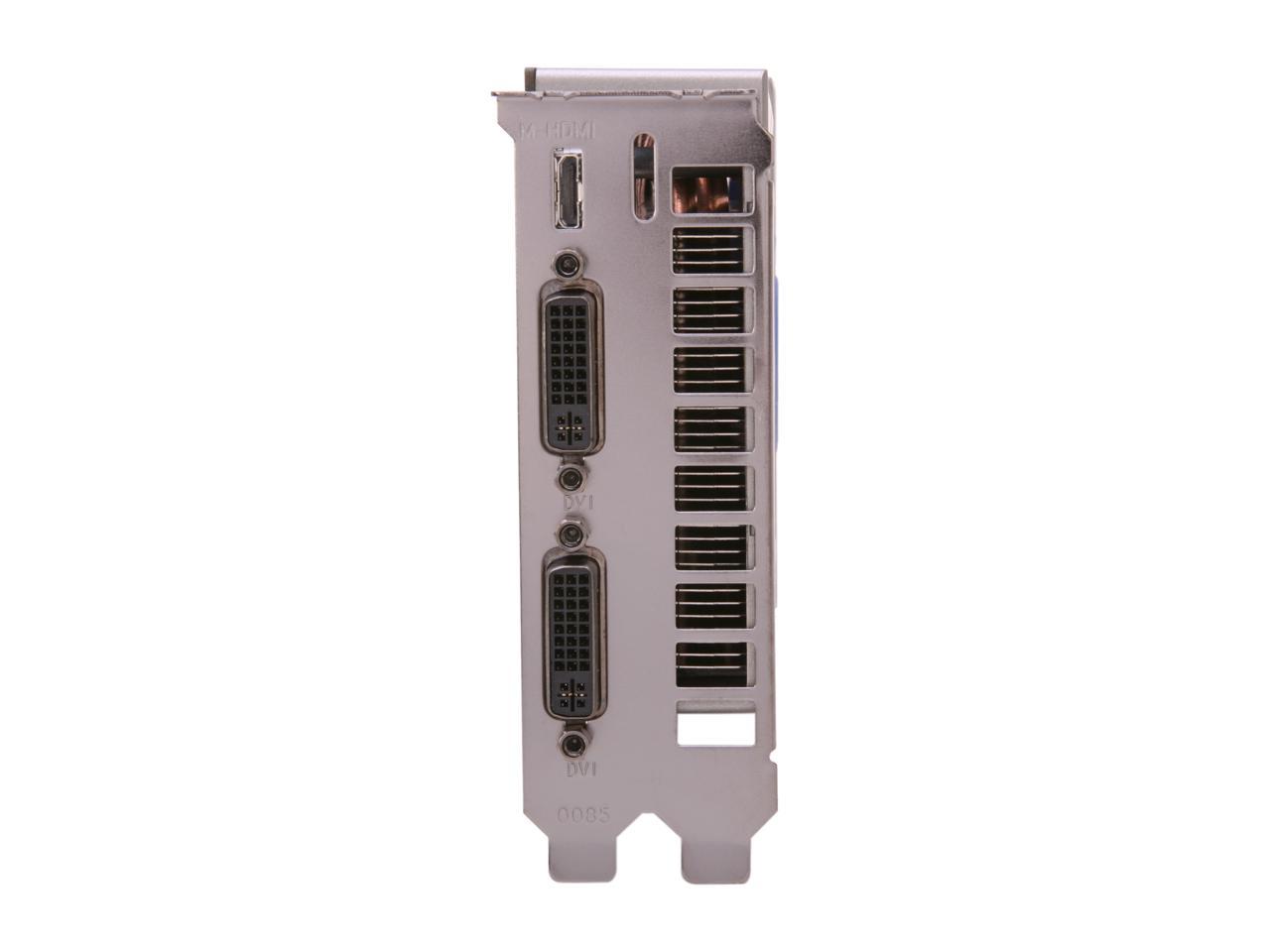 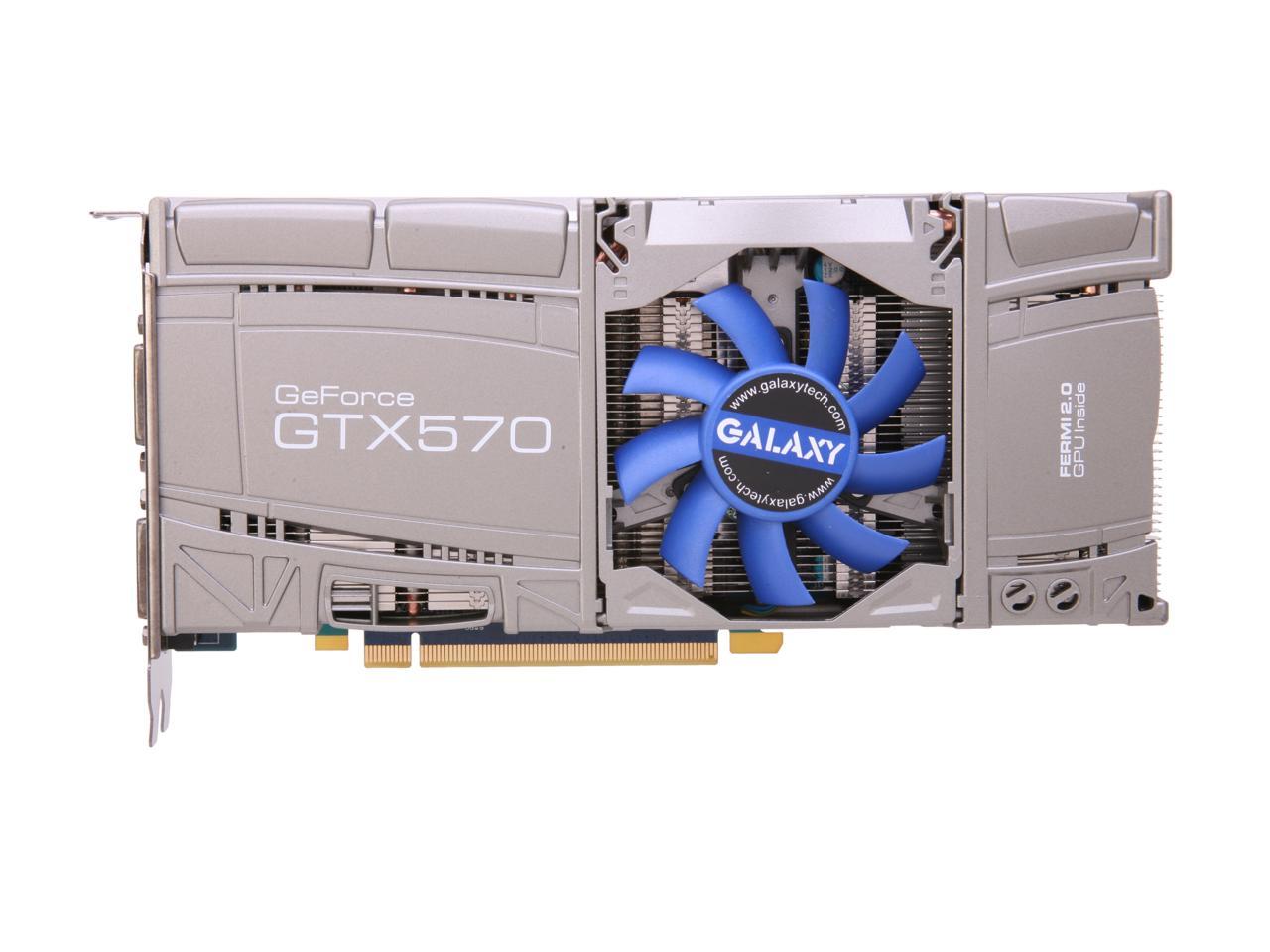 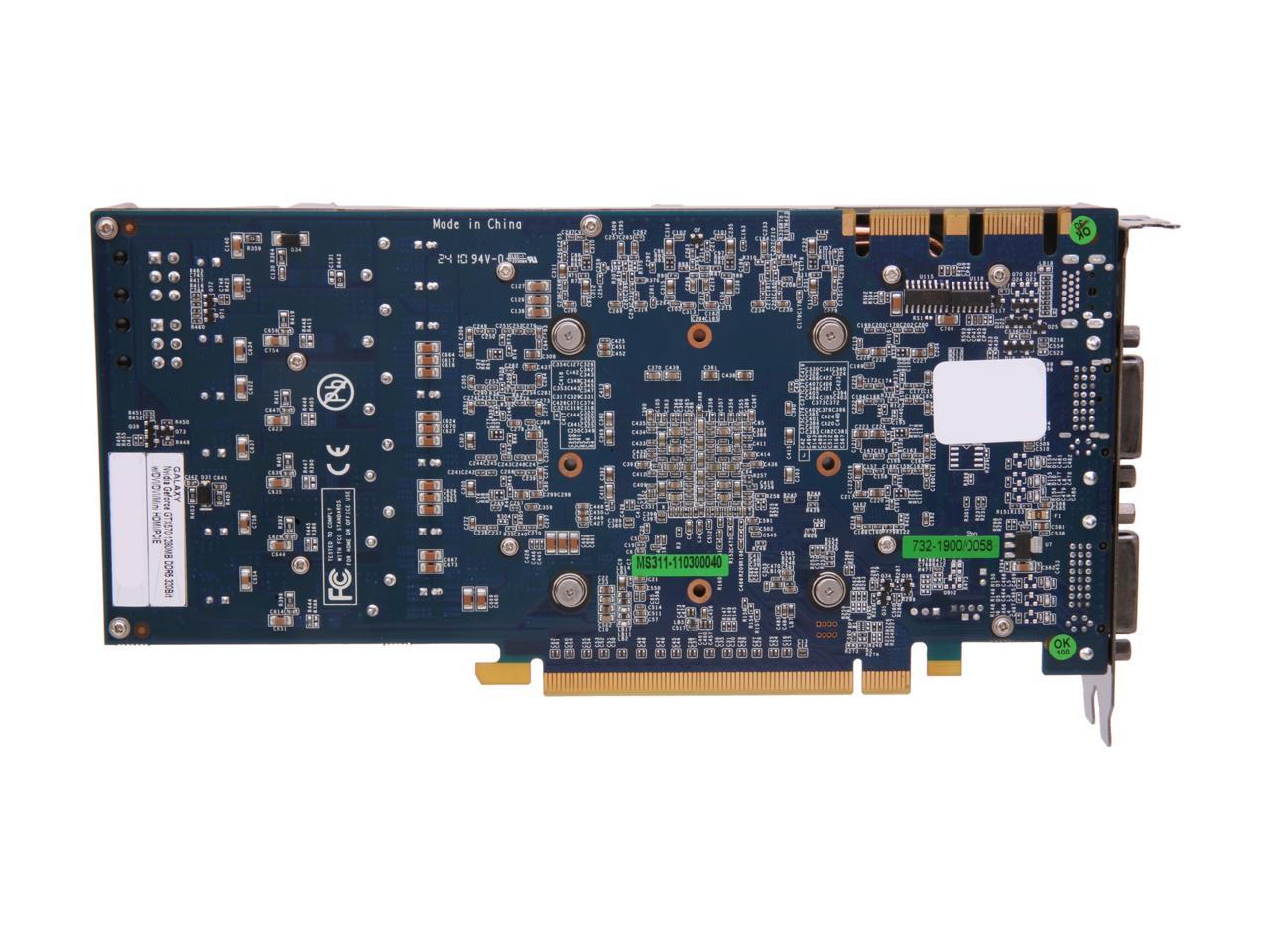 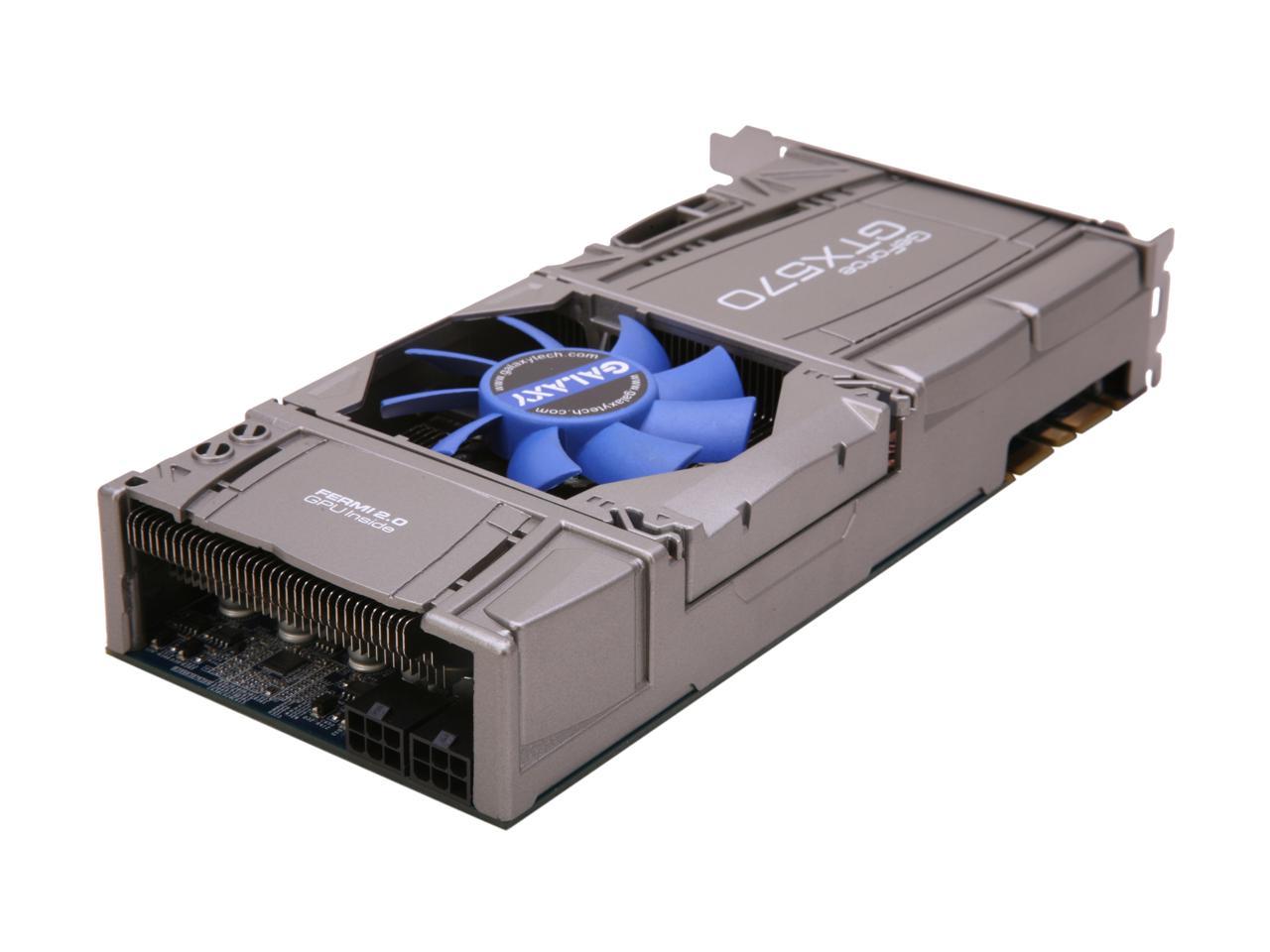 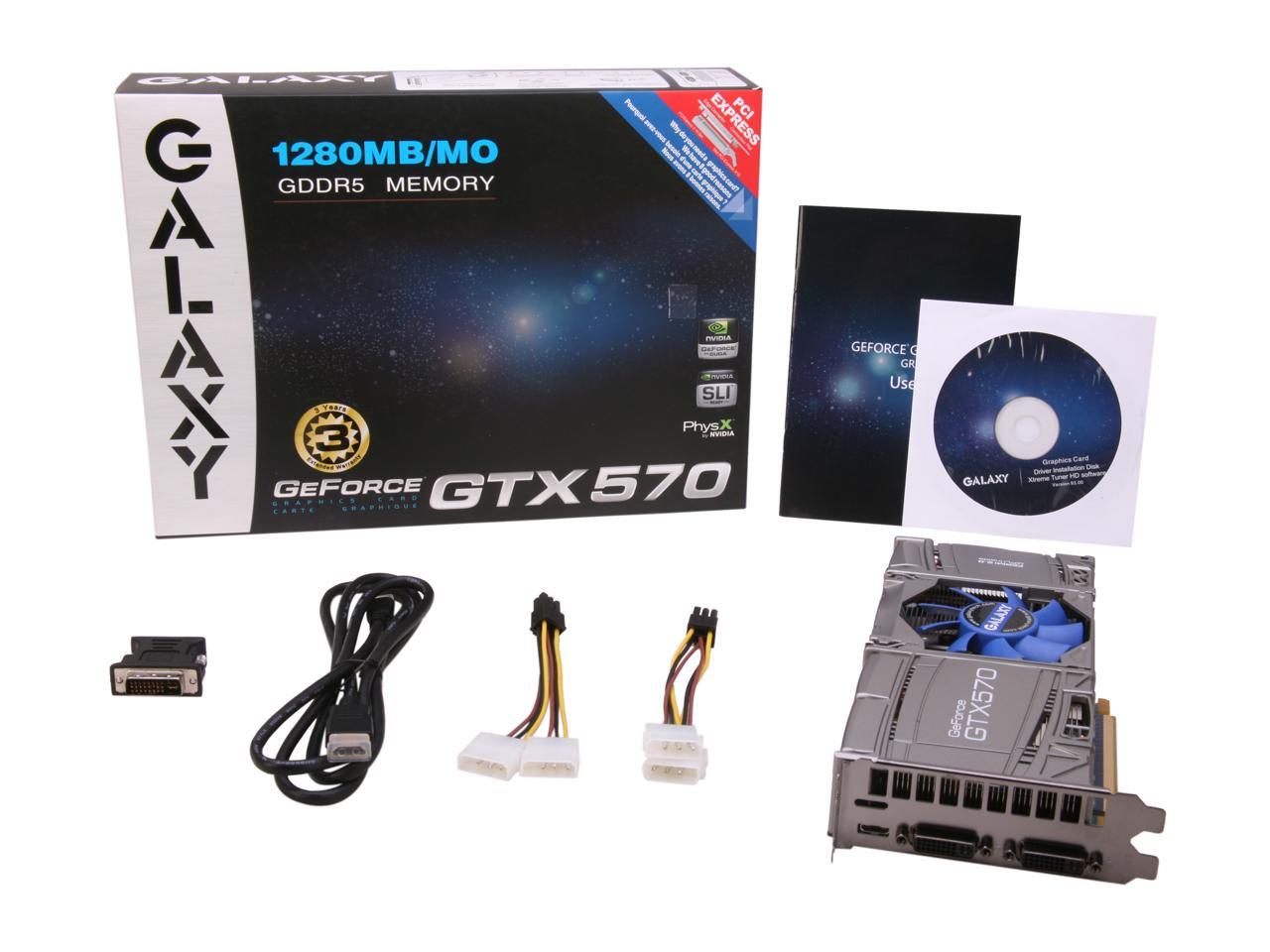 Enjoy blistering fast DirectX 11 performance, including tessellation performance that destroys the competition. Experience a whole new level of interactive gaming with SLI and combine up to three displays for the ultimate in 3D entertainment. And as you have come to expect from the GeForce GTX GPU, the GTX 570 packs support for all the premium GTX gaming technologies such as NVIDIA Surround, 3D Vision, PhysX and SLI. Combining with innovative flip fan, the Galaxy GTX 570 graphics card takes your entertainment experience to a new level.

Learn more about the Galaxy 57NKH3HS4GXK

Pros: I bought this back in September to replace a Palit GTX 470. This card is smaller, cooler, quieter, it performs better, and uses less energy than the 470, which is why I bought it in the first place. It also had a $50 rebate that is about to be sent in the mail some time this week and a free copy of Batman Arkham City. The value this card brings to the table is enormous. In my experience, I have found this card to be a significant upgrade when combined with the 16GB of ram that I also bought with the card (upgrading from 4GB). I am now not used to seeing most games fall below 30fps. I wanted to try putting the 470 in there as a PhysX card, but decided against it because my 800W PSU would probably beg for mercy. I saw an average of a 15FPS improvement across all my games compared to my 470.

Cons: Nothing really, just note the fan can rev up loudly in graphically intense games (especially so in Empire Total War, which has always given me temp issues).

Overall Review: Current System: i7-2600k MSI P67A-GD55 Galaxy GTX 570 16GB G.Skill Sniper 1600MHz Memory 640GB WD C. Black SATA 3 Primary Drive 2TB Samsung EcoGreen Data Drive I would like a second 570 if I could afford one, but unfortunately I have to replace my motherboard and would like an SSD before upgrading my graphics again (not to mention the new PSU I'd need).

Pros: The Card is very easy to install and fairly low power consumption compared to the new 7000 series cards and other high end Nvidia Cards... Only takes two 6 pin plugs to run it. Fan lifts up for easier cleaning which is a beautiful addition to avoid unnessesary wear and tear from pesky dust! runs extremely cool for being one of the cheapest 570's on the market! and runs my BF3 on ultra no hesitation at roughly 50-70 fps

Cons: the only con i can even imagine complaining about is that the case covering the heat sync feel relatively cheaply designed and thin plastic in general! no big deal though because its just a hands on feeling, its no thinner in reality compared to the EVGA version.

Overall Review: I wouldn't hesitate to buy another 570 from galaxy! it's a wonderful product and for it being in a 4000 dollar gaming pc it is holding its own no problem, and thanks newegg for the fast shipping!

Pros: Cost. $269 after MIR makes it by far the cheapest 570 Good thermal cooling, idle temps in the 20's-gaming temps in the 60's Temps only slightly higher when used in SLI-idle in the 30's, gaming 65-70 for both cards with a bit of fan tweaking. Plenty of power to run just about anything at 1080p as a single card, and most everything @ 5760x1080 when SLI'd Decent overclocker. I run mine at 850 core with 1050 voltage, very stable. Have not tried to go any higher.

Cons: Plastic case is a bit flimsy, so you will not be able to hammer nails with it. Not as quiet as some of the other custom coolers, but doesn't cost as much not really much of a con.

Pros: Installed in an ASUS Crosshair V, bottom slot. Surprisingly cool for being choked by the psu, even when overclocked. As with most 570's doesn't overclock especially well (google 'Have you killed a 570'). Handles vanilla games like a champ, dx9 games with max settings usually at 60 fps (w/ vsync), dx11 @ max settings 30+ fps. Rebate handled by 4myrebate (Mailing address in CA, US), chose the 'instant' rebate for $45. Received $45 pre paid Amex 3-4 weeks later.

Cons: As mentioned by others, the case and fan housing are plastic and kind of flimsy. If handled and installed by the edges of the board itself not an issue. One of the few cards not offered with Nvidia's Batman deal, but the pricing seemed to reflect that.

Overall Review: Originally had an Antec 500 watt psu when I first purchased this card. It ran, but anything too intensive would crash out. Upgraded to the Antec 900 hcg, no problems since. Previous card was a Galaxy GTX 460 GC, got great value out of that card, looking forward to more from this company. Definitely looking to pick up another one of these cards for SLI.

Cons: As a lot of people said it has a blue light you can not turn off, so if you care a lot about you color scheme that isn't blue it's not the graphics card for you.

Overall Review: My scheme was red but I don't really care it's cheap it and it works . 3d works great FYI .

Overall Review: The GTX 570 is a great card for gaming at 1080P, but this version of it has two flaws. I upgraded from two GTX 260s in SLI. In comparison, this card was about 20-60% faster depending on the game, shorter, a fair bit quieter at heavy load, and a little louder at idle. The biggest improvement I saw was in Metro 2033, possibly due to the games heavy GPU memory requirements (1280MB in 570 vs 768MB in 260). The load noise is impressive considering the higher load power draw of the 570 vs. the 260. However, the high idle noise is a bit unnecessary considering the card idles at 37C and 40% fan speed. Reducing the fan speed until the card goes to 45-48C at idle would be a great trade off, but the bios prevents any fan controlling software from reducing the speed below 40%.

Cons: Loud Fan Had to update drivers beyond the CD it came with, which is usual.

Overall Review: Hope to get 60+ FPS with this when I get Battlefield 3 when I purchase my new computer parts. My future PC Specs: AMD FX 6100 @ 3.3 GHz ASUS Sabertooth 990FX Mobo Galaxy GTX 570 x 2 (Hopefully will buy another in a few months or so) 16 GB DDR3 G.Skill Ripjaw Series

Overall Review: I've had this card for almost 2 years, and it has handled everything I've thrown at it so far. While I don't want to jinx myself by saying this... I have to give it props for NEVER having a BSOD since day 1. It just keeps rocking on for me.