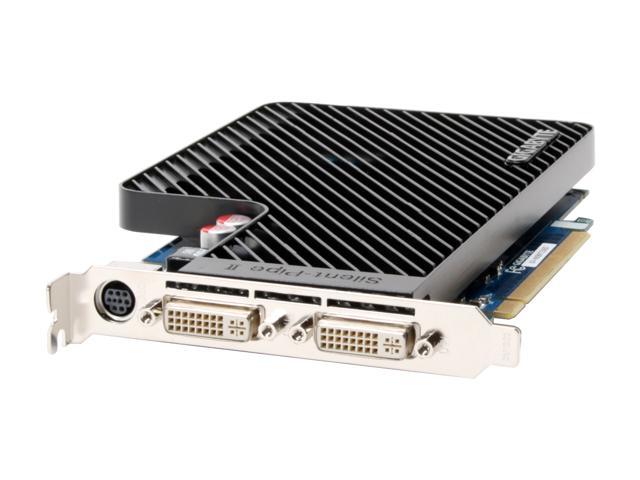 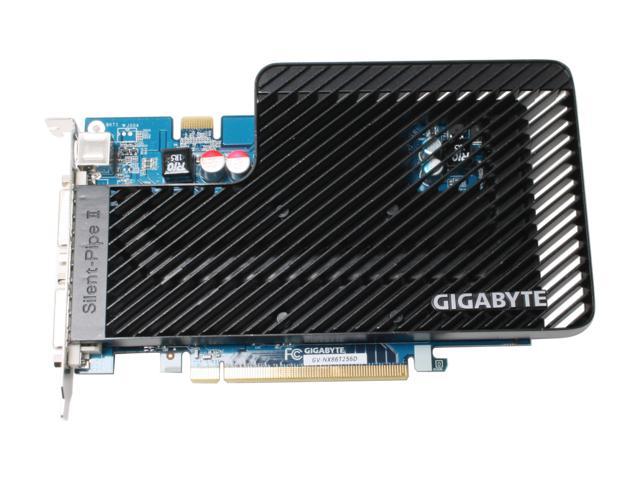 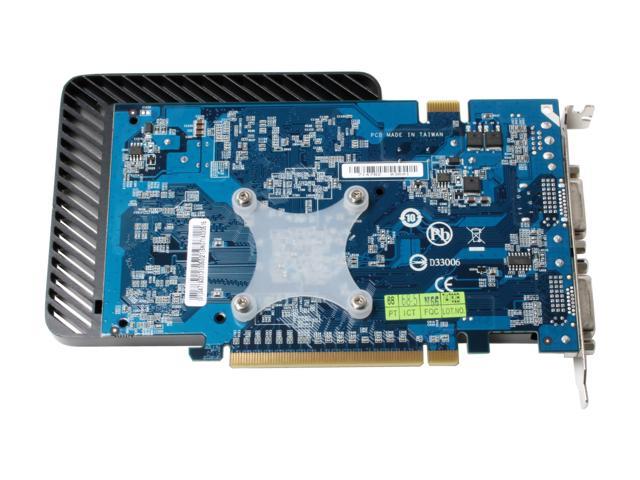 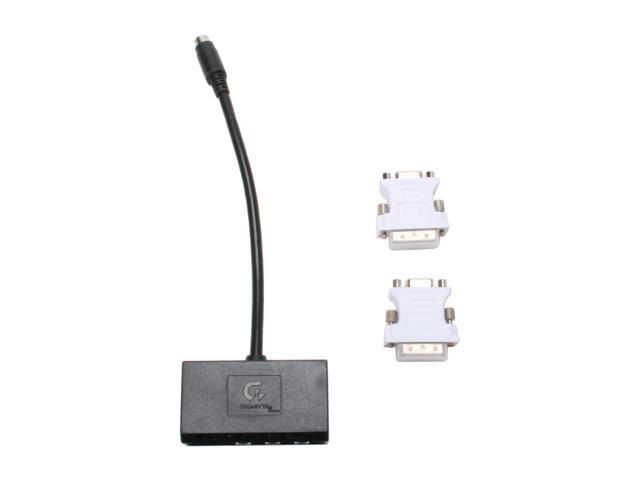 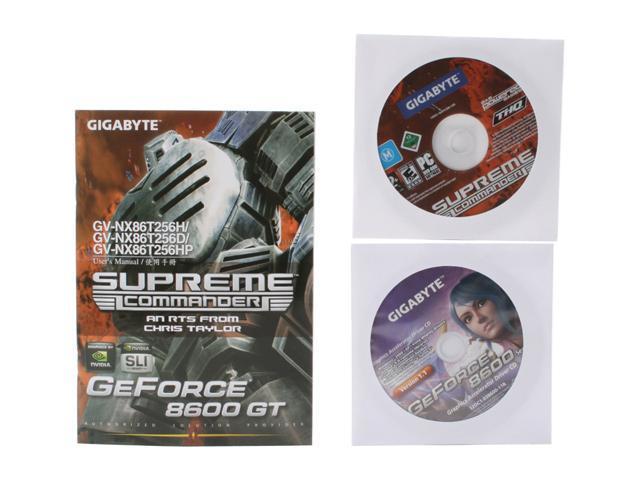 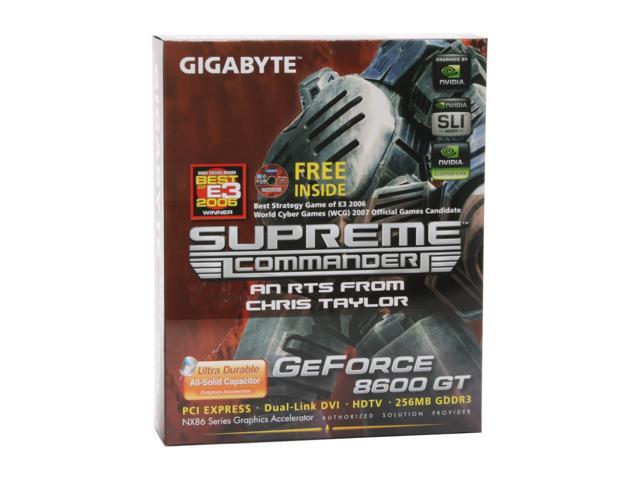 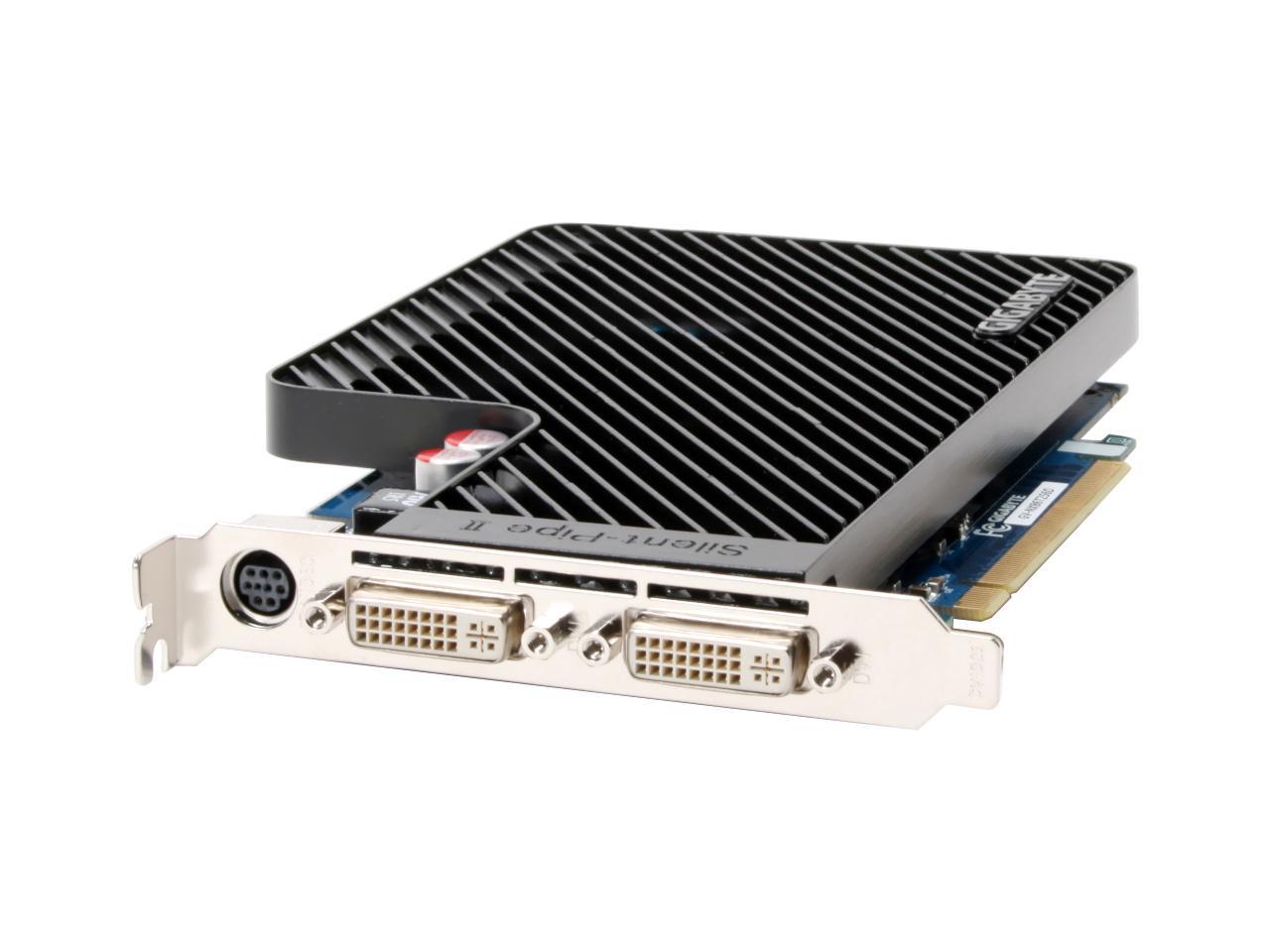 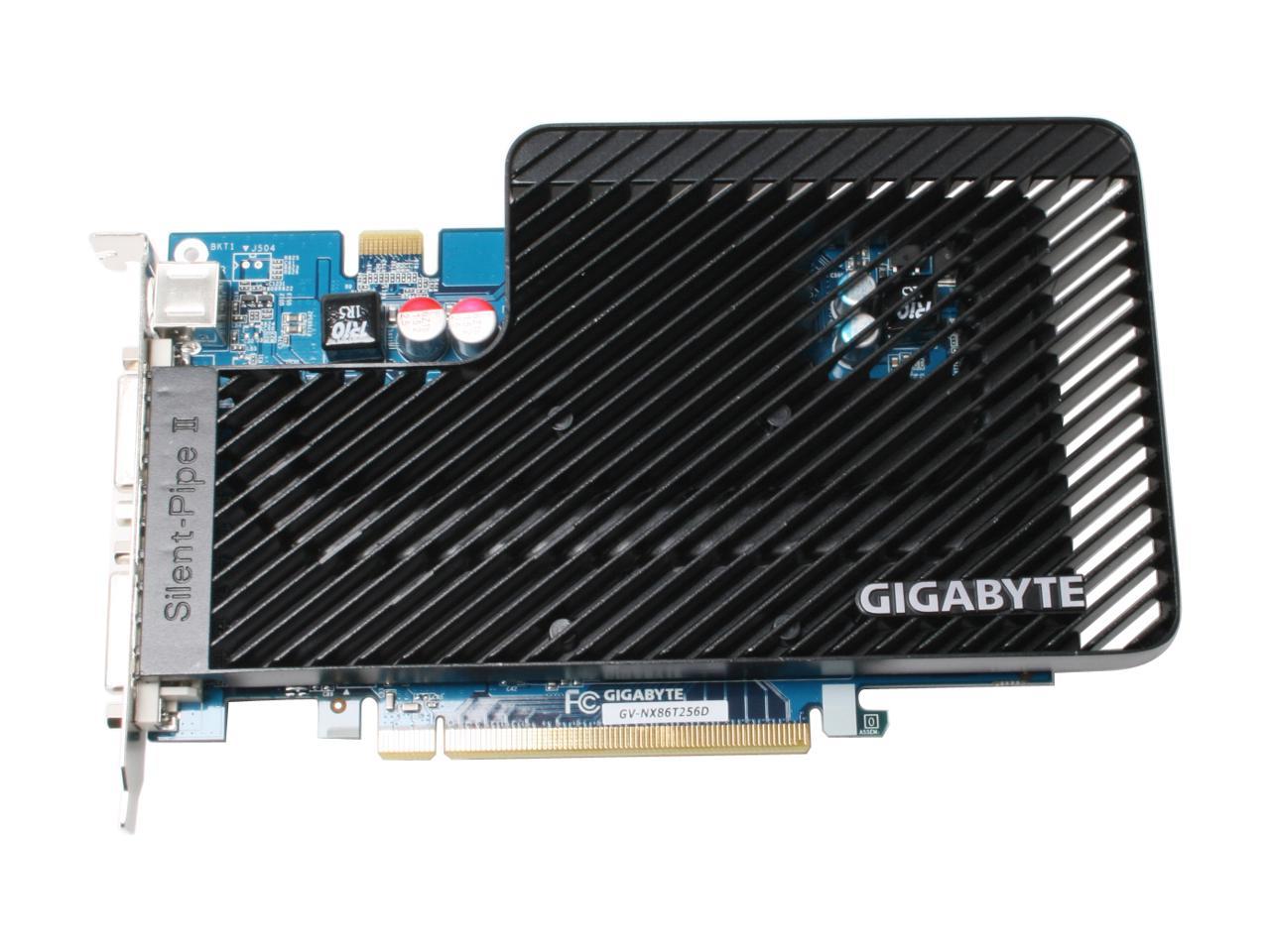 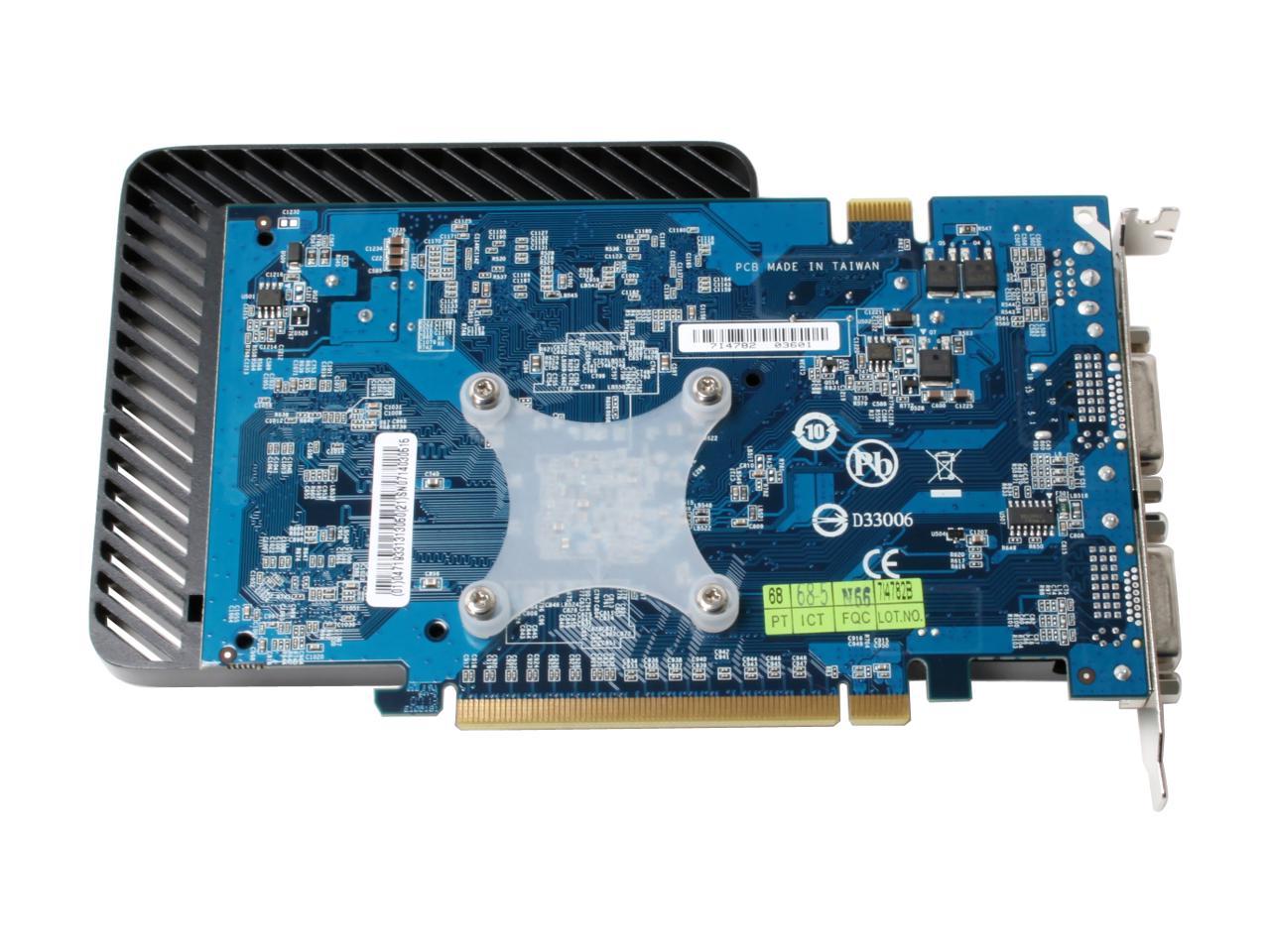 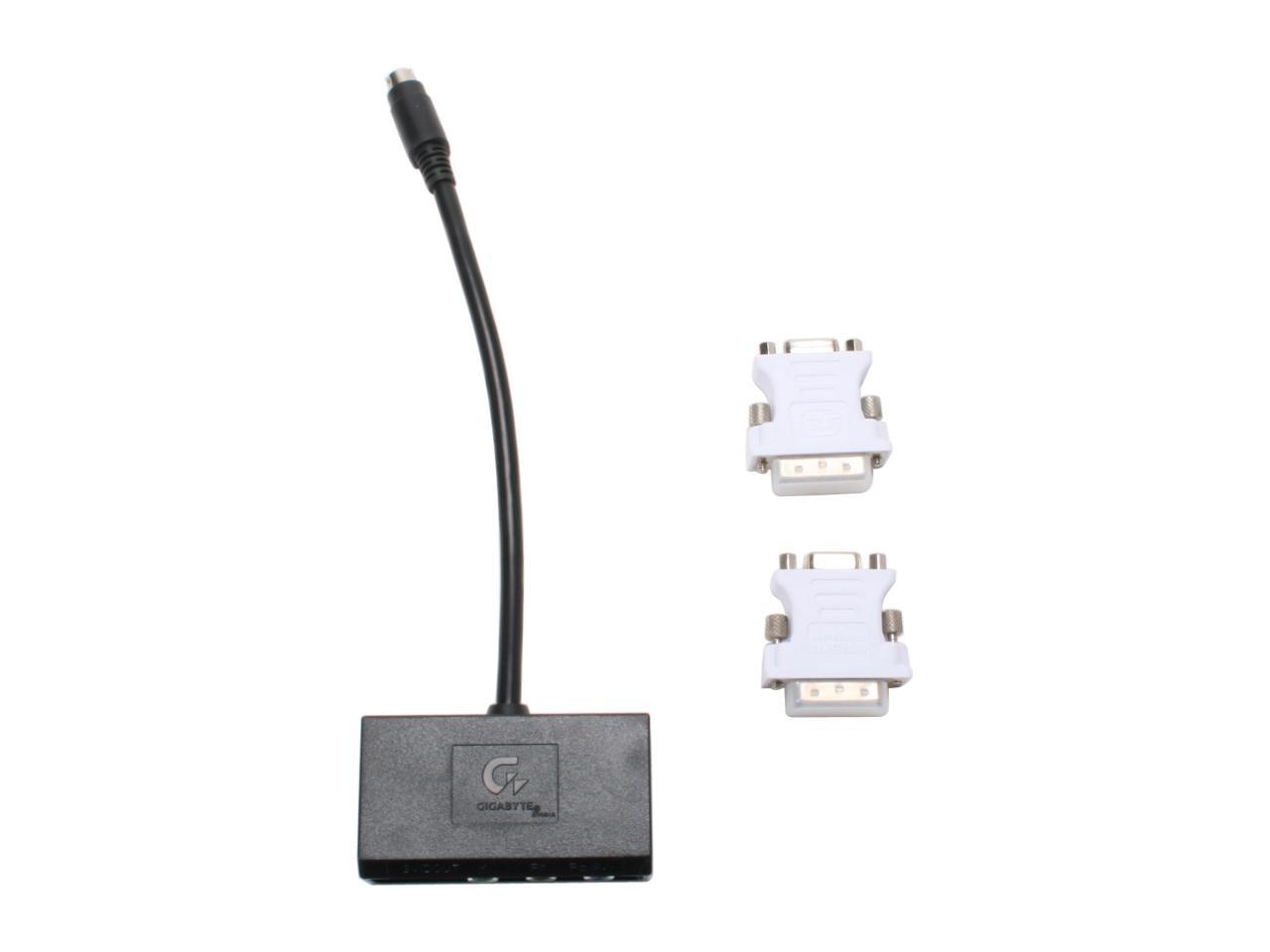 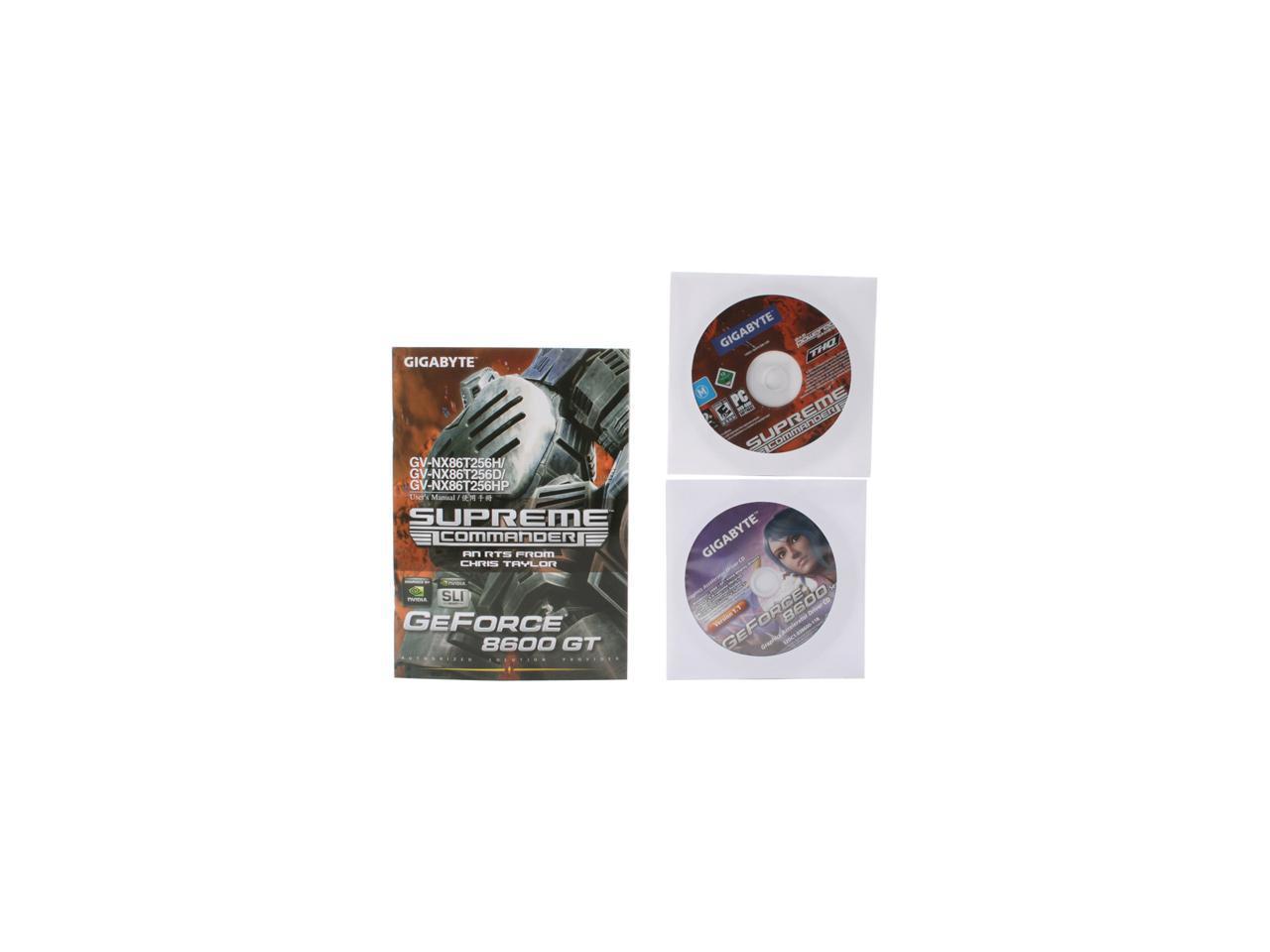 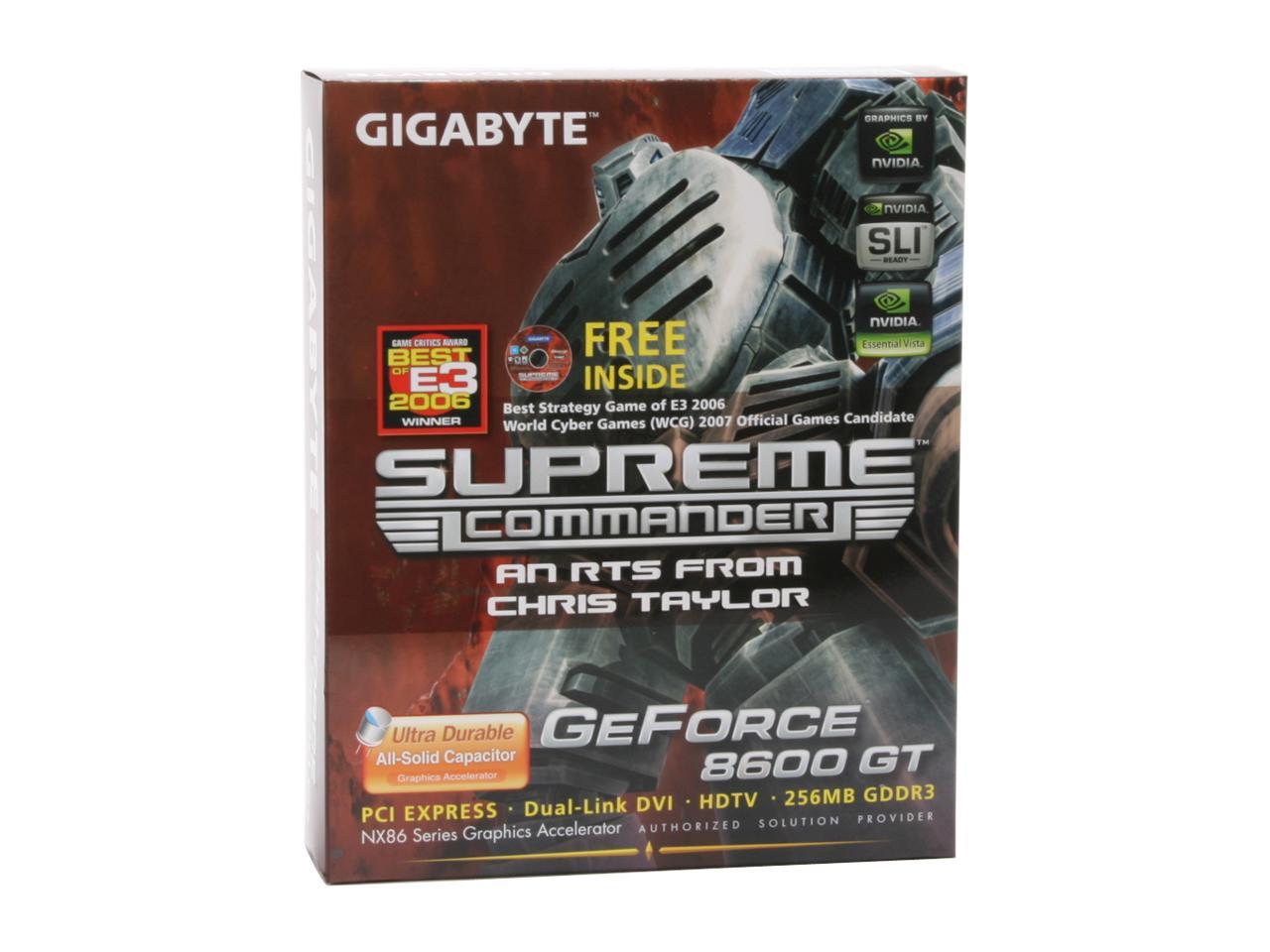 Learn more about the GIGABYTE GV-NX86T256D

Pros: My second card of this type. I like the fanless if you have the space. Good speeds and games look great in 1440x1050.

Cons: Gets hot over the gpu, I bought an exhaust fan to place over the heat-sync.

Overall Review: I'd recommend the item N82E16814150229 instead. First one crashed allot, until nVidia updated the nv4_dll. I payed $150, but now they are cheaper, and the XfX has better stats.

Cons: Heat sink adds about an inch length onto the card. Extra heat can warm up the room.

Overall Review: All around great card! Can't wait to try it on Enemy Territory Quake Wars coming out next month.

Pros: This product drives my new Dell E520N along with a Dell 2407wfp. It fits in the dell btx board but just barely (it touches the plastic cpu case). Pros includes: this card is already factory overclocked, one of the few cards out there that's passively cooled and takes up a single slot.

Cons: It runs at a constant 62C at an ambient 70F room temperature.

Pros: Installed in my new Dell Dimension 9200 and runs nice and cool. It currently drives a 2407WFP, but soon will be driving a 3007WFP.

Overall Review: In the Dimension 9200 the CPU heat sink support needs to be trimmed with a pair of side cutters to clear the video card's heat sink. It took me less than a minute and looks completely factory.

Cons: A bit wide? might not fit in some cramped cases. No problem in a TT armor jr.

Pros: Great performance,may not be the greatest around, but does a great job overall. Great improvement on fannless heatsink, takes only one slot.

Cons: This card is designed for well ventilated case, not really a cons, rather a different ingineering concept. So instead of the fan taking space on the card you need a fan in the side pannel of your Pc case. With fan blowing at the Card, it stays cool (warm to the touch)and wouldn't overheat even in SLI and even with all slots populated.

Overall Review: PC case should be 8" wide to accomodate the card and the fan in the side pannel. Preferebly there should be 2 fans on side pannel, one blowing directly at video cards and one blowing at CPU, so CPU can be replaced with fannless heatsink as well. PC case manufacturers should come with more redundant, fan failproof designes. It could be done fairly inexpensively. If fans fail, PC shouldn't start at all and warning recording/lights should be played, indicating the problem. It's an important issue, I had Asus card in the past failed because its fan fried and it fried the board as well. So fannless cards/side pannel fan solution is a much better one and quet too. Definetely the way to go.

Pros: Great power, runs quiet and cool 60c is the highest I've seen it, I've even taken out fans to test the actual GPU cooling. With 2 medium power fans it stays at 50c without load, 60c under load. Plays games almost as well as my 7900GT that I replaced.

Overall Review: On top of the fact that it's a great card, it comes with the best RTS I've played in a long time.

Pros: Runs cool. Using the included overclock utility, it was able to set a 620 / 750 overclock in Vista and topped out at 65 C during Battlefield 2142. It quickly drops to 50 C when idle. It is silent.

Cons: Not free... uhmmm....I had to dig out another back plate since this is a one slot card and it replaced a bigger two slot card...my kids are all over my computer playing the included Supreme Commander...

Overall Review: I was about to drop $40 on a second copy of Supreme Commander and buy an 8600 GT. I found this card and it was the best of both worlds. The card works great in Vista and XP and has tackled all the Games and applications I have thrown at it.