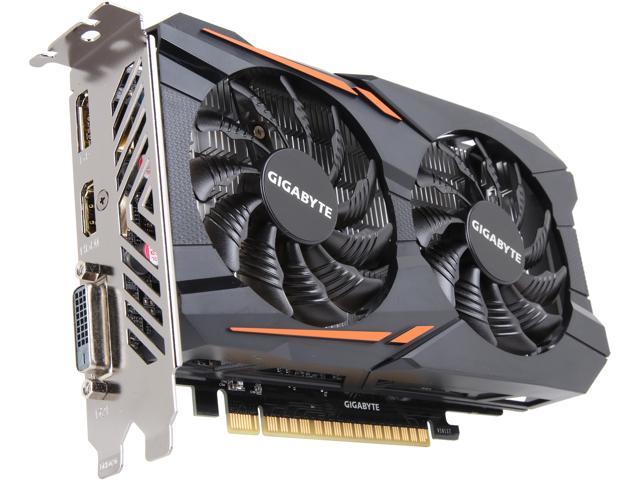 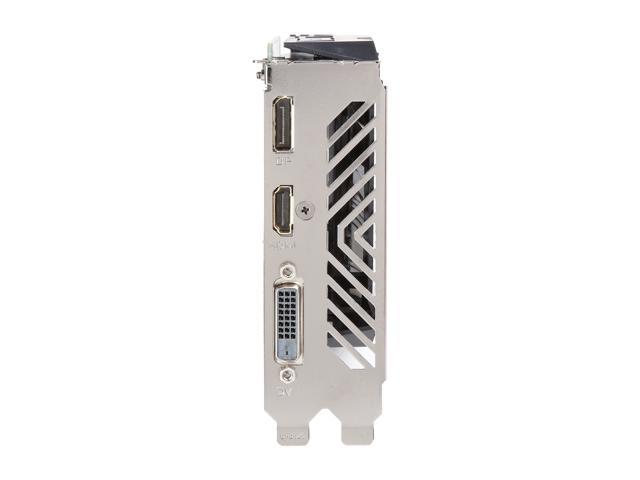 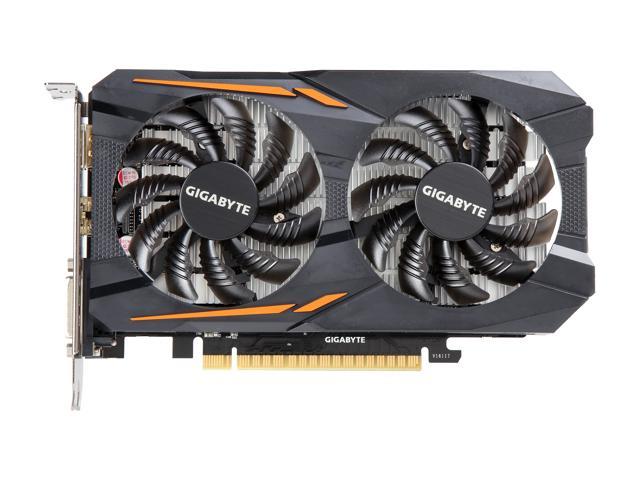 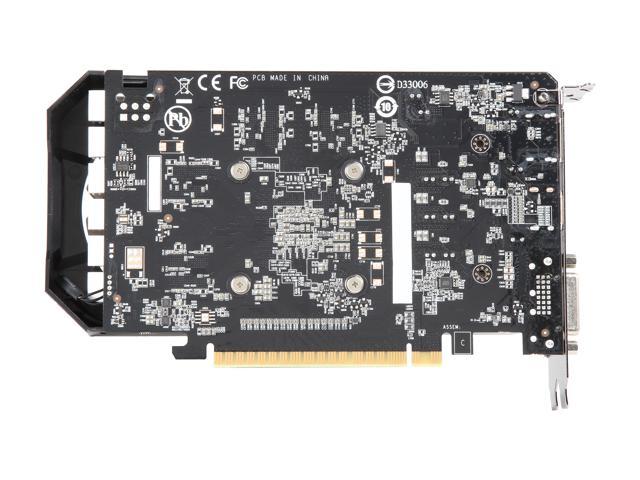 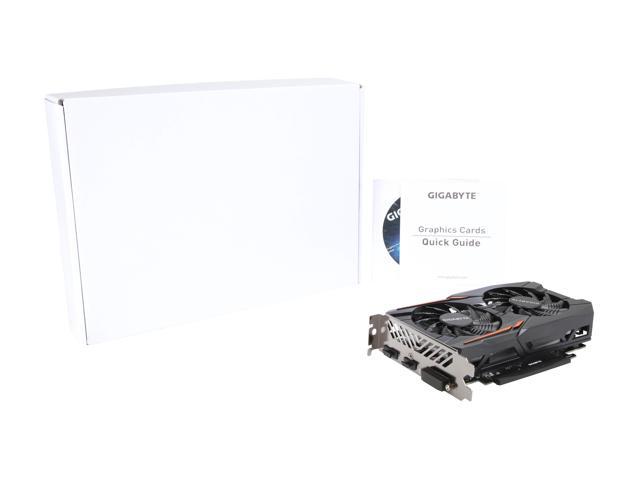 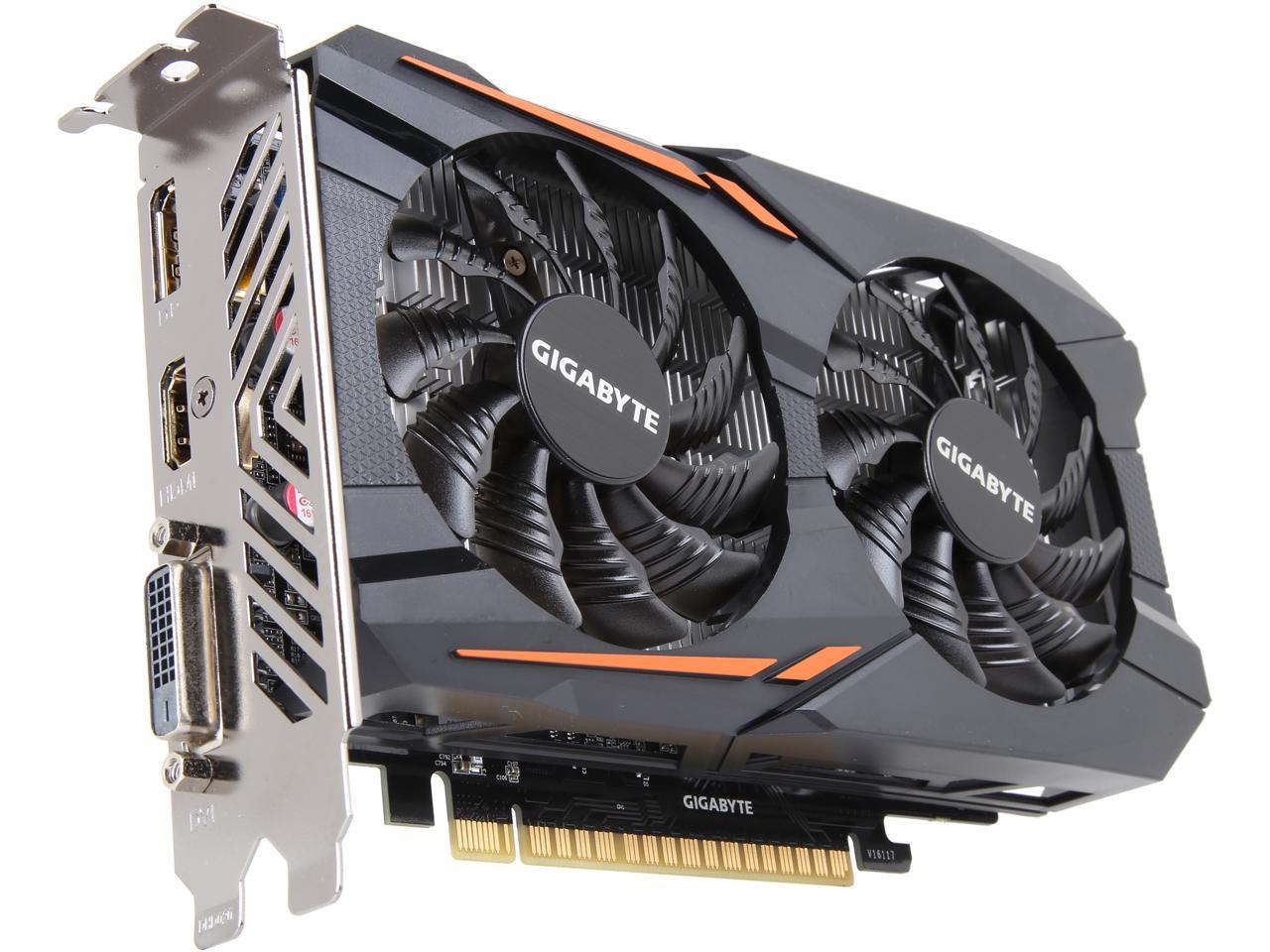 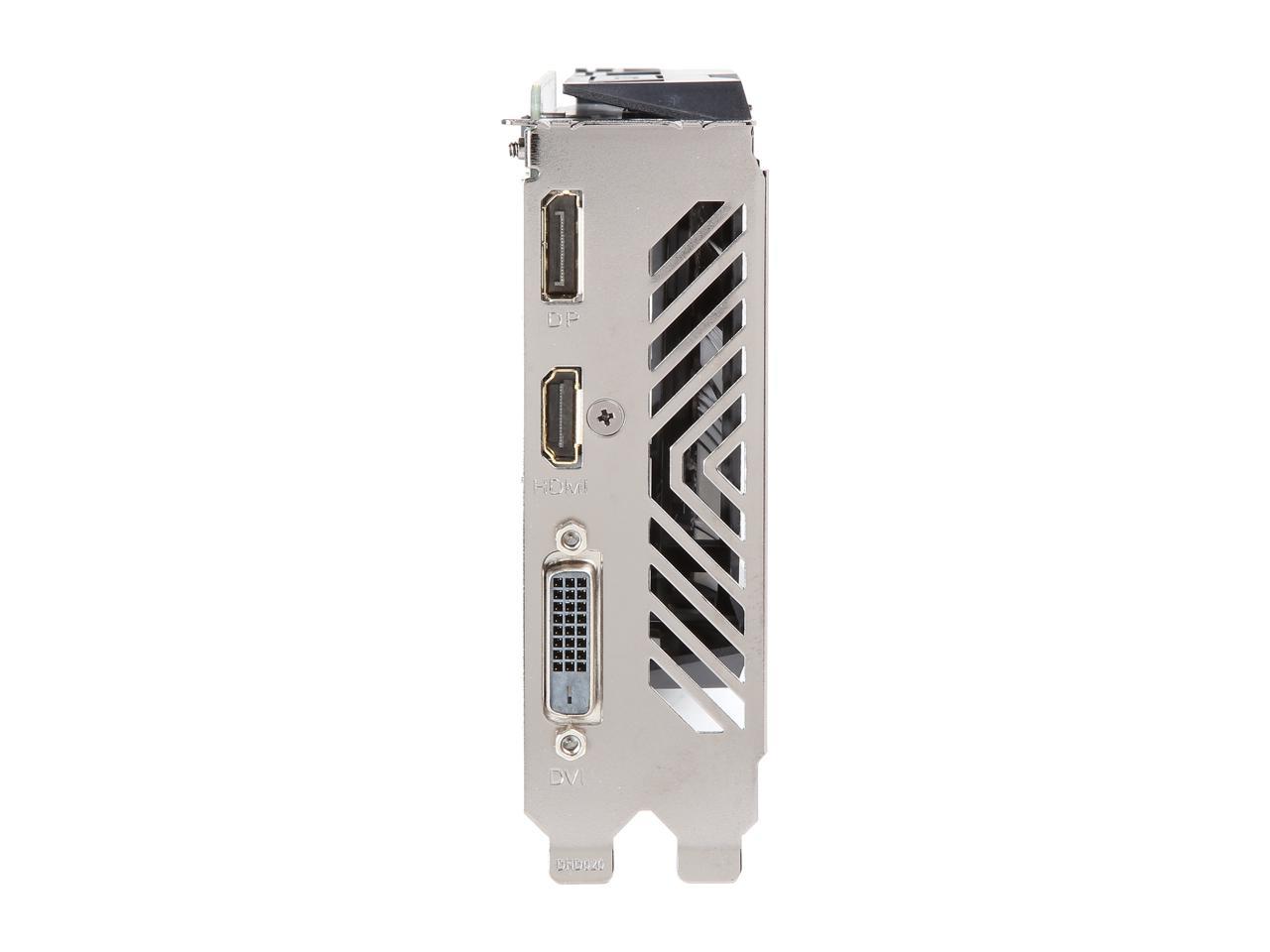 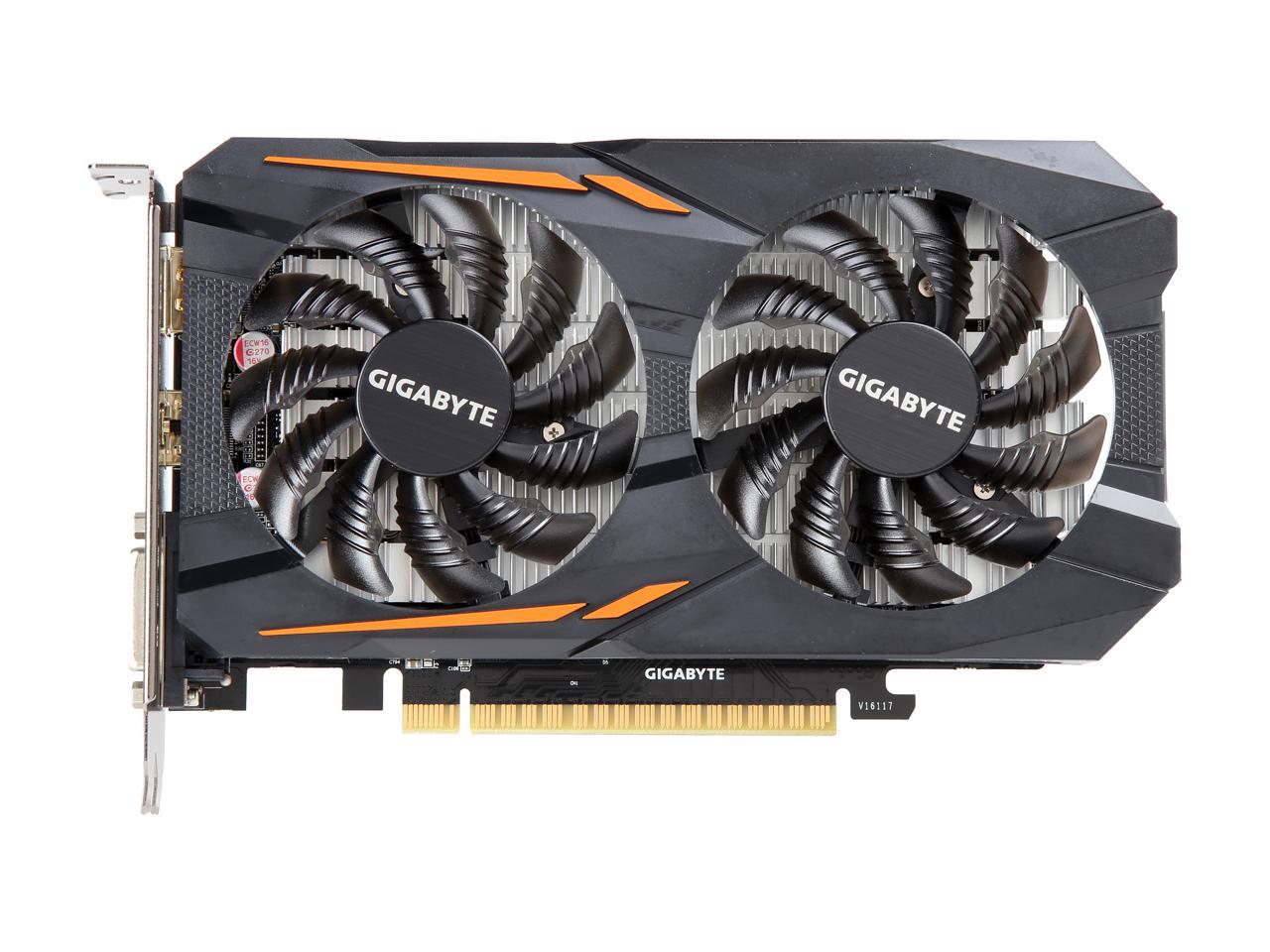 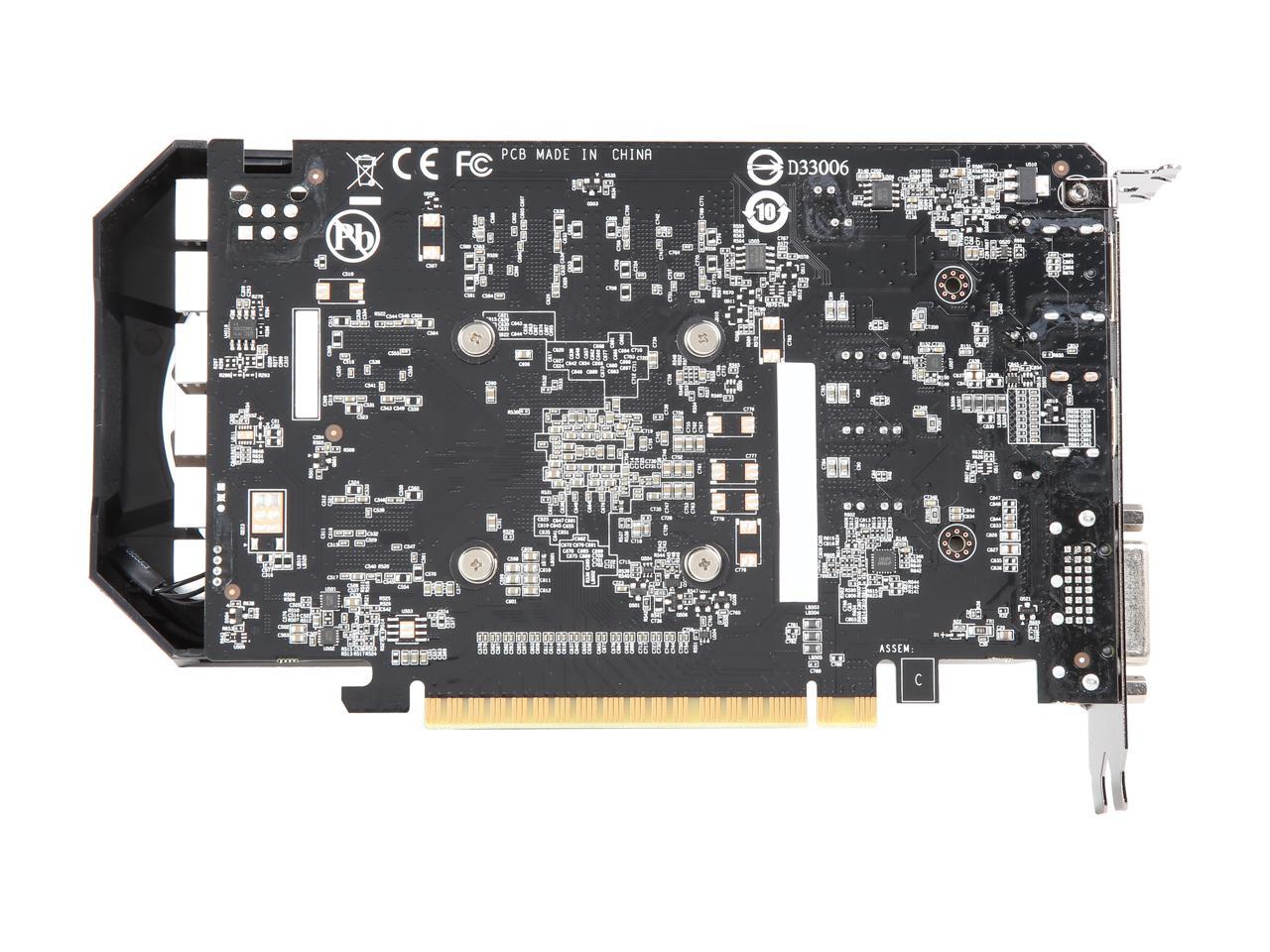 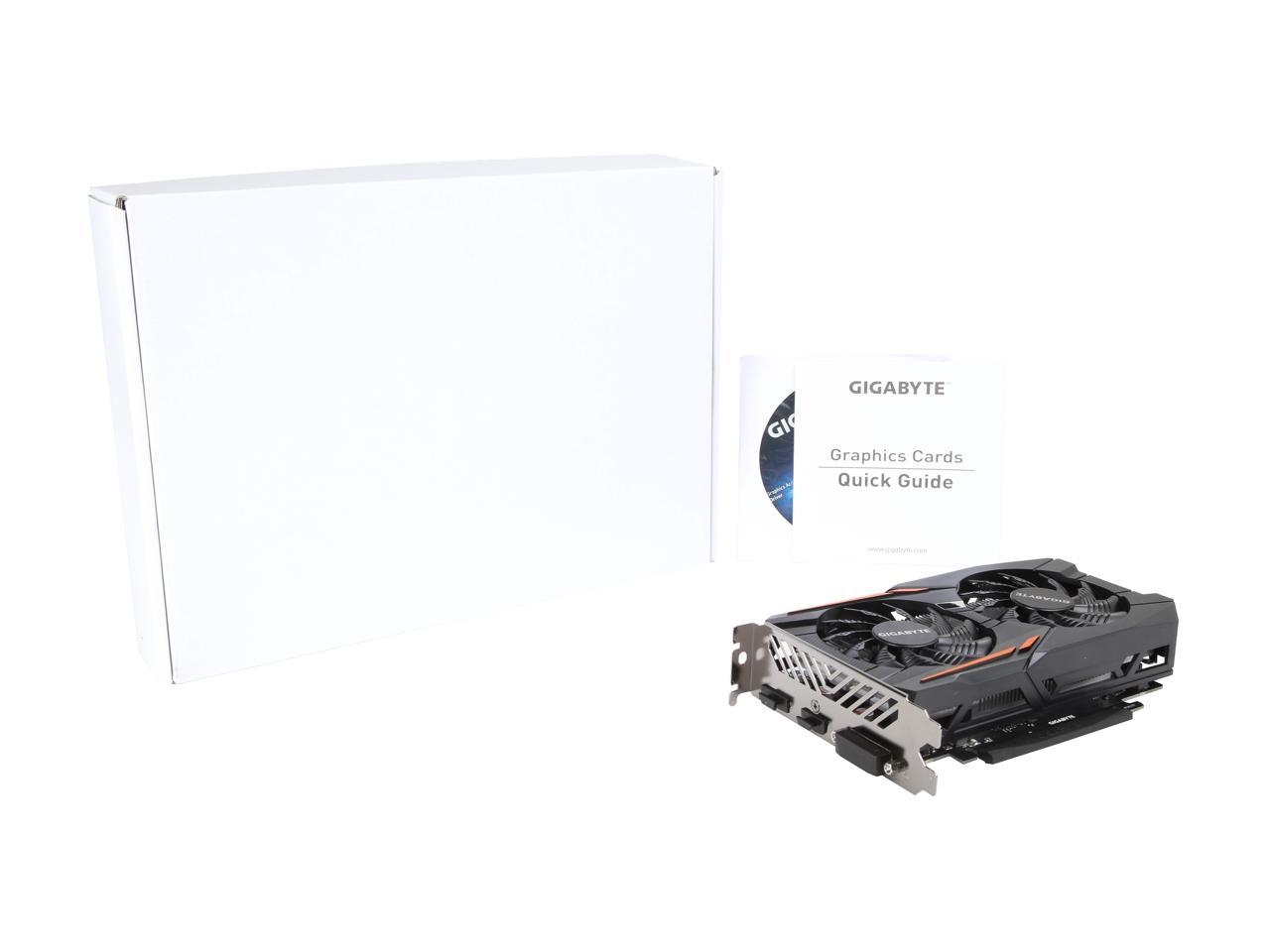 This means the product was tested and repaired as required to meet the standards of the refurbisher, which may or may not be the original manufacturer. Any exceptions to the condition of the item outside the manufacturer’s information should be provided in the listing, up to and including warranty details.
(7)(1) Write a Review
See more "gigabyte 1050"
In stock.
Ships from Hong Kong.
Most customers receive within 3-16 days.
Overview
Specs
Reviews Based on the state-of-the-art NVIDIA pascal architecture and blazing-fast GDDR5 memory, this graphics card from GIGABYTE is built for gamers seeking smooth gameplay at a price that won't bust the wallet. Its WINDFORCE 2X cooling system keeps the GPU stably running at full load, so you can enjoy long gaming sessions without performance compromise.

Get Game Ready with GeForce GTX. To meet the demands of the latest displays, including ultra-high-resolution and multiple monitors, NVIDIA GameWorks technologies features smooth gameplay and cinematic experiences, as well as revolutionary 360-degree image capture. The airflow is spilt by the triangle fan edge, and guided smoothly through the 3D stripe curve on the fan surface, effectively enhancing the air flow. With a simple click on AORUS engine utility, gamers can easily tune the card to meet their various gaming requirements without any overclocking knowledge, while saving the hassle of manual adjustment. Learn more about the GIGABYTE GV-N1050OC-2GD

Pros: - Relatively inexpensive compared to other GPUs - Will work well for many games - Packaged very, very well - Much less expensive than a non-refurbished unit

Cons: - Direct ship from overseas. Took 16 days from day of order to arrival

Overall Review: It's a really good card for the price these days. It's a tough market for GPUs...things are scarce and expensive. For a couple hundred I can play all the games that I like to play on high.

Cons: gtx 1050 not ti and also before you buy this it took 3 weeks to come to my house but it work treated out the box

Overall Review: good if you are on a budget

Cons: It came in a different box than the one specified, it generated a conflict when the product arrived

Pros: To know about refurbished there would be missing thing to plug in with a psu but to know there still would not be any issues so you be good either way and this will work on windows 11

Cons: no crashing issue but when I had my rx 560 never had an issue also someone said they didnt get hdmi its cus you have to buy one lol

Overall Review: I really think this is good gpu because of gta v and online for those who just wanna play them kind of games other than that it works really good so thank you owner who did this also I do think what you did there with no psu thing is cool thing to do nivida should look into that more

Pros: -I paid $115 for the Card and another $10 for shipping (two day) -The card came in ONE day because I live near Indianapolis. -After downloading Gigabyte's Overclocking software I got the card up to 1818 MHz. (300MHz over the stock OC mode) -Runs all games in Mid to High settings and Ultra in some.

Overall Review: I definitely would recommend for Mid-tier gaming.

Overall Review: I cannot recommend because of the monitor adapter. If you have one good but if not, then you will have to buy one.