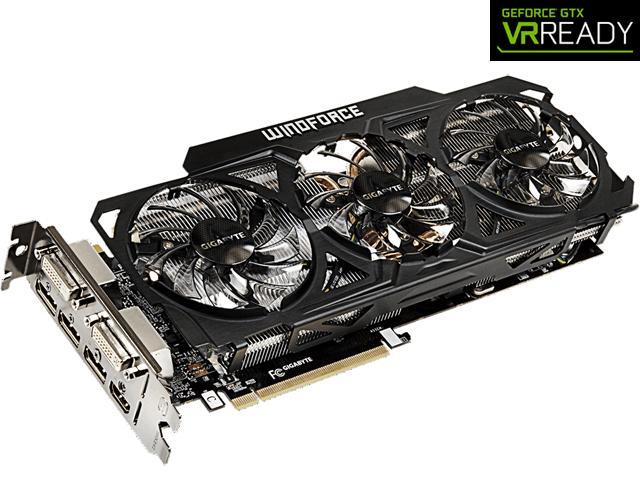 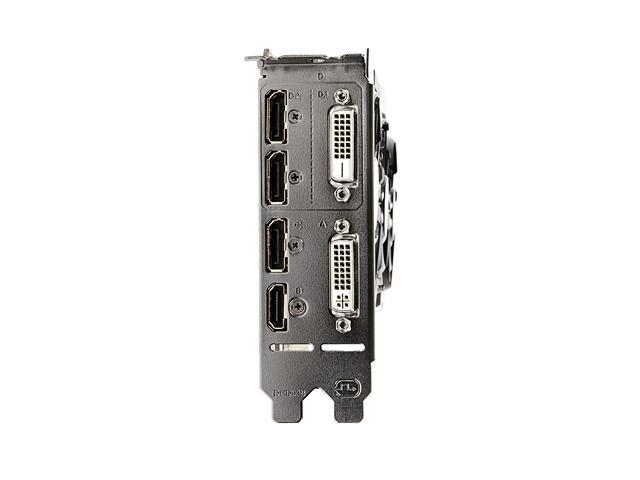 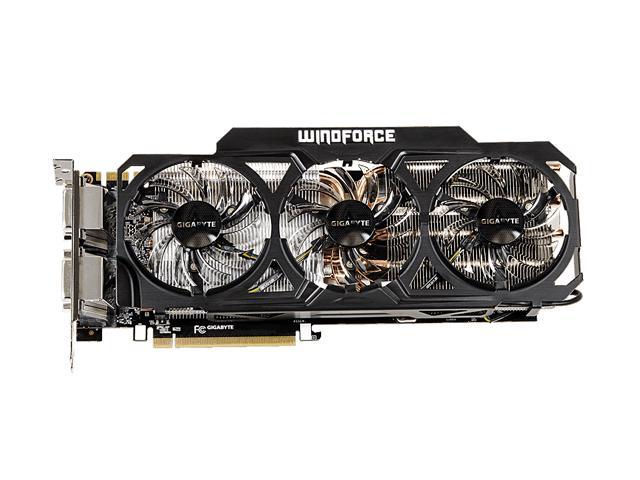 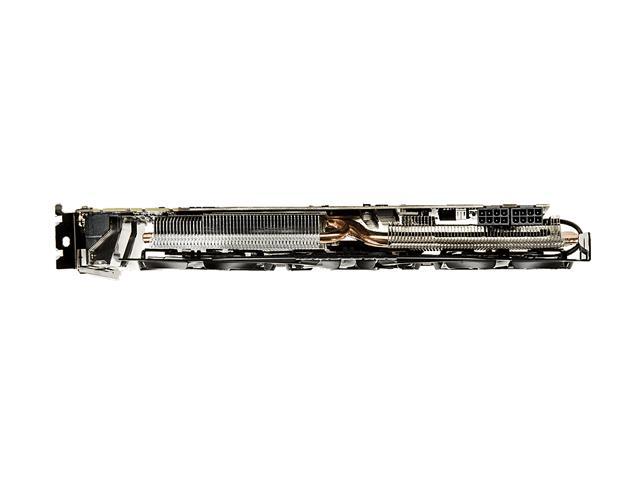 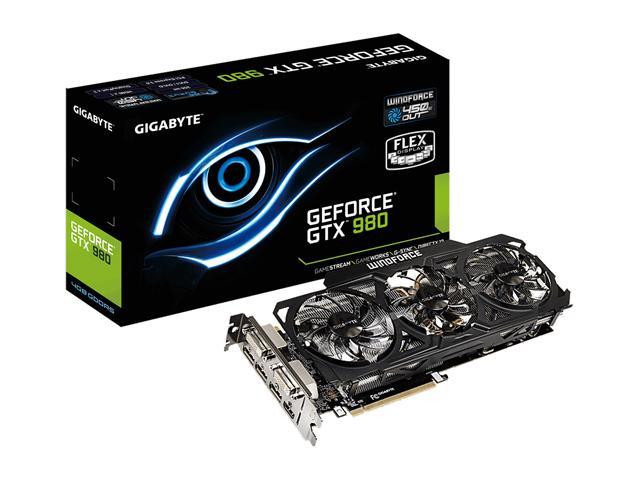 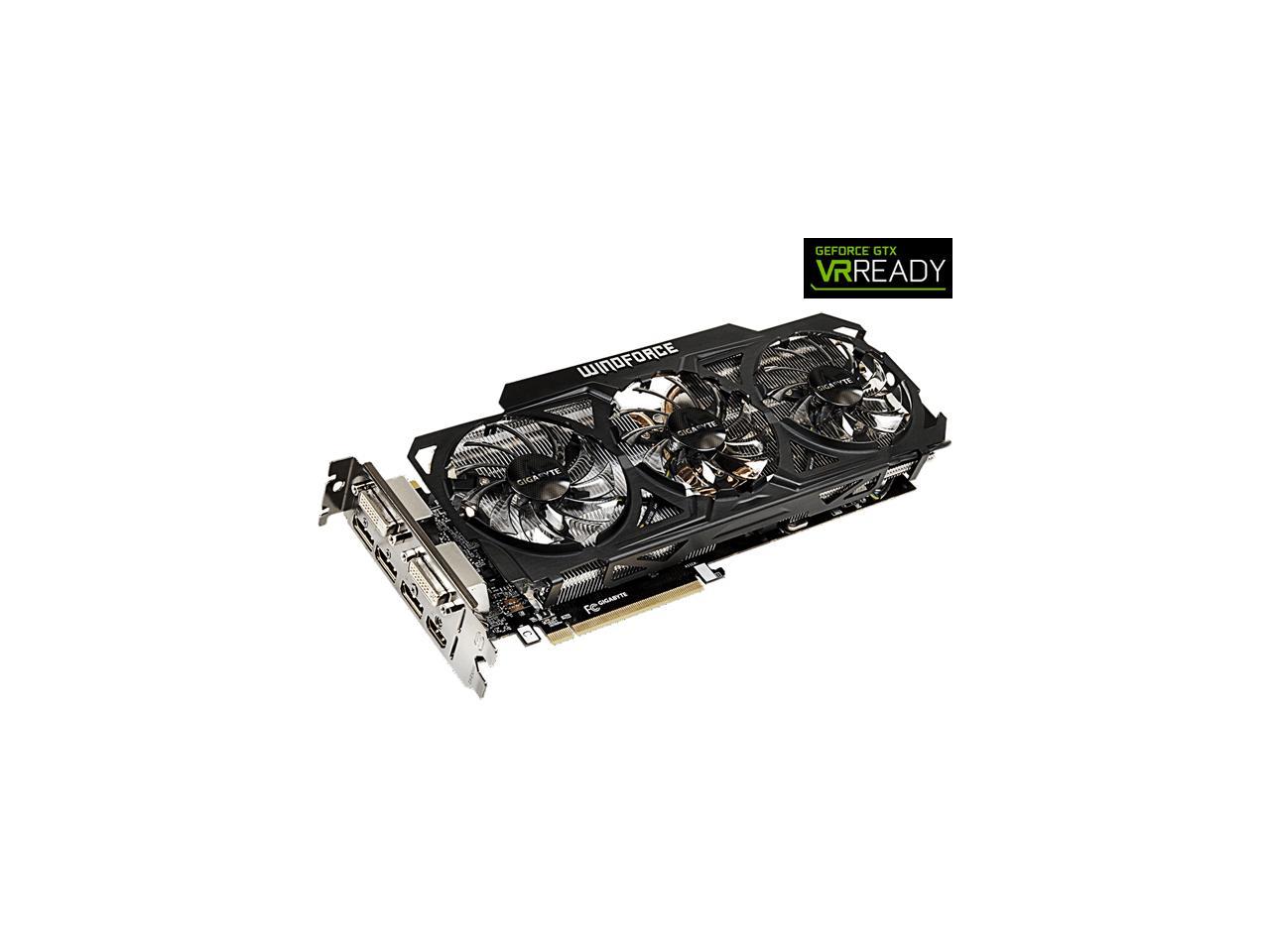 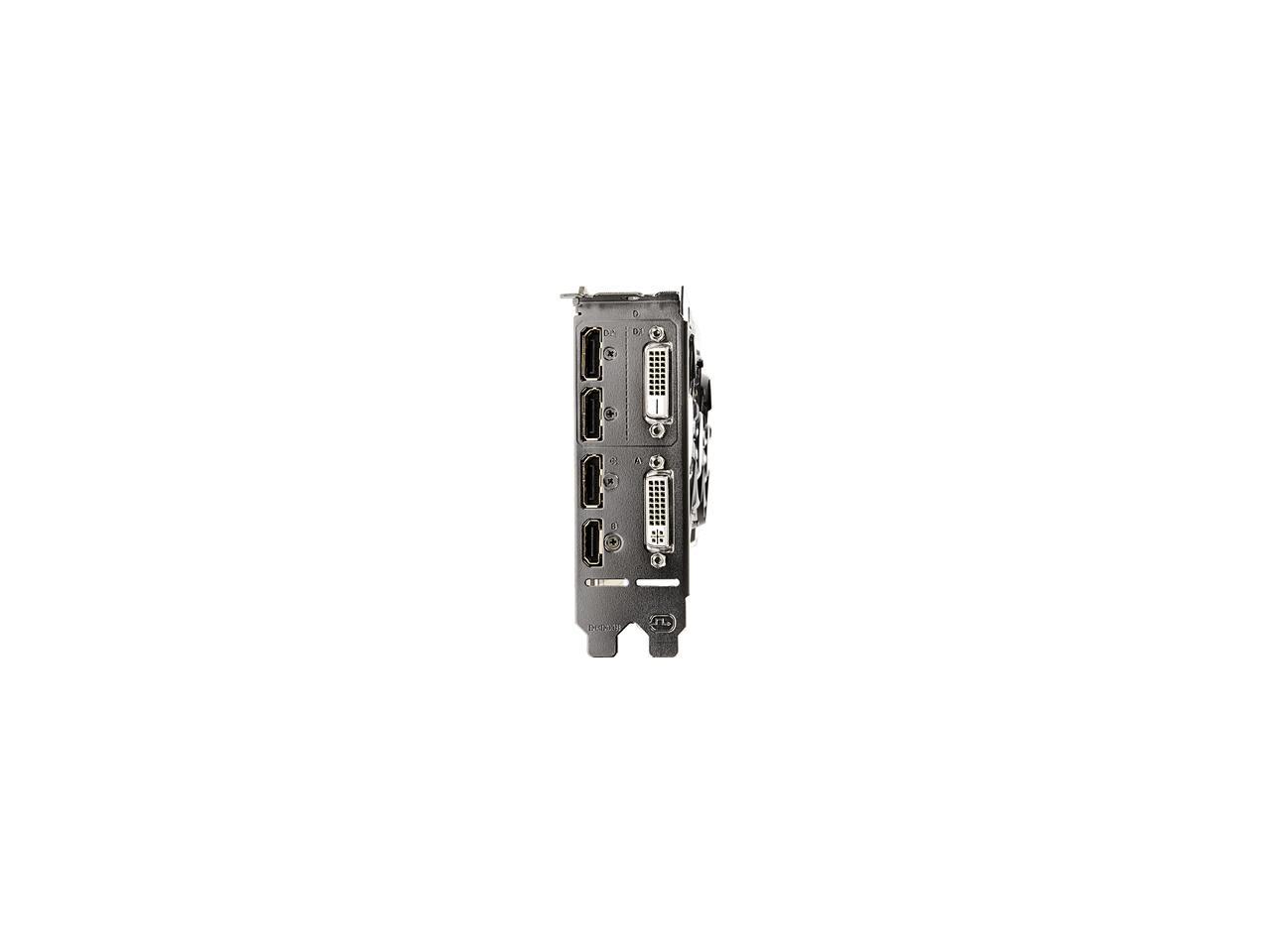 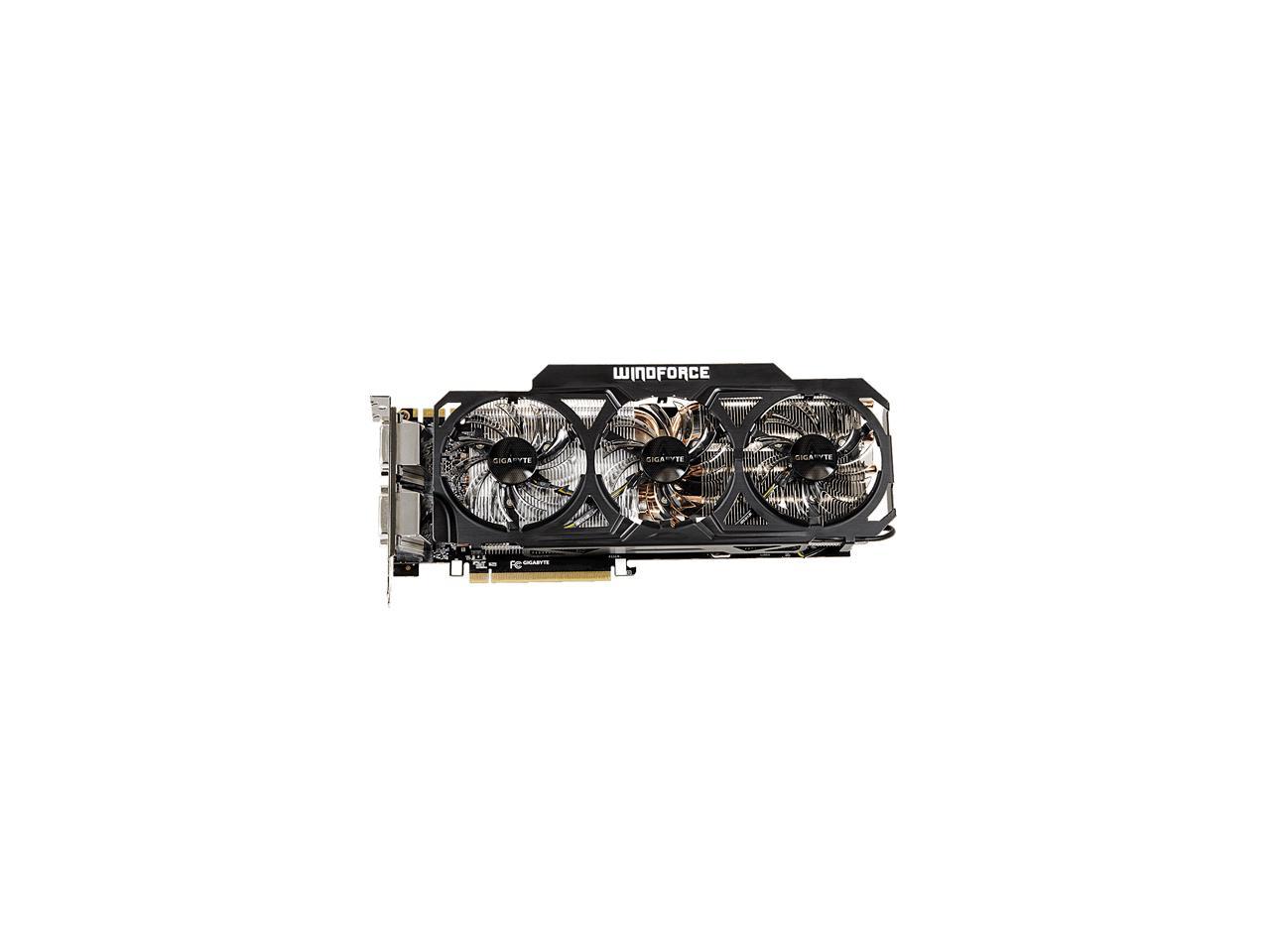 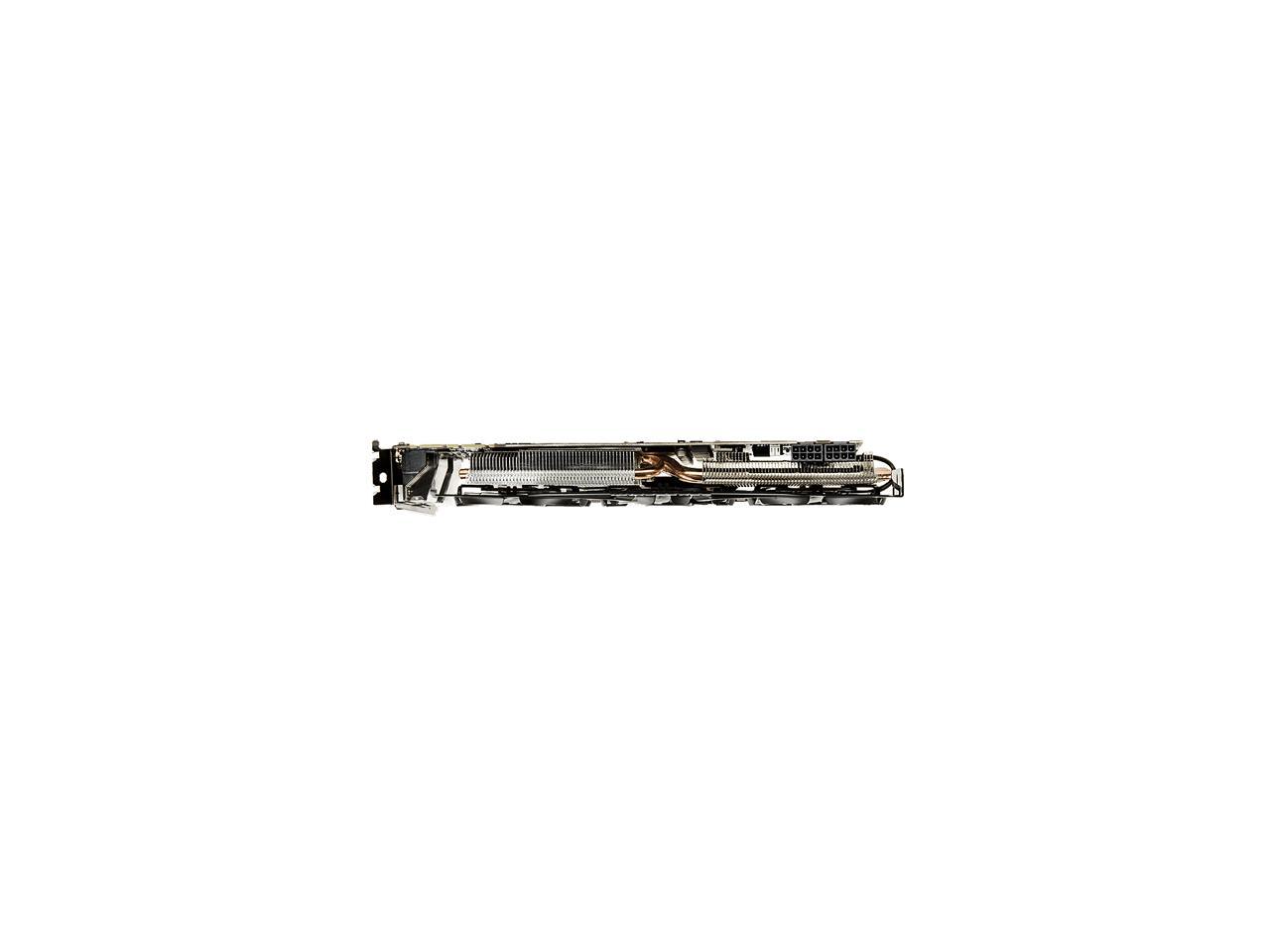 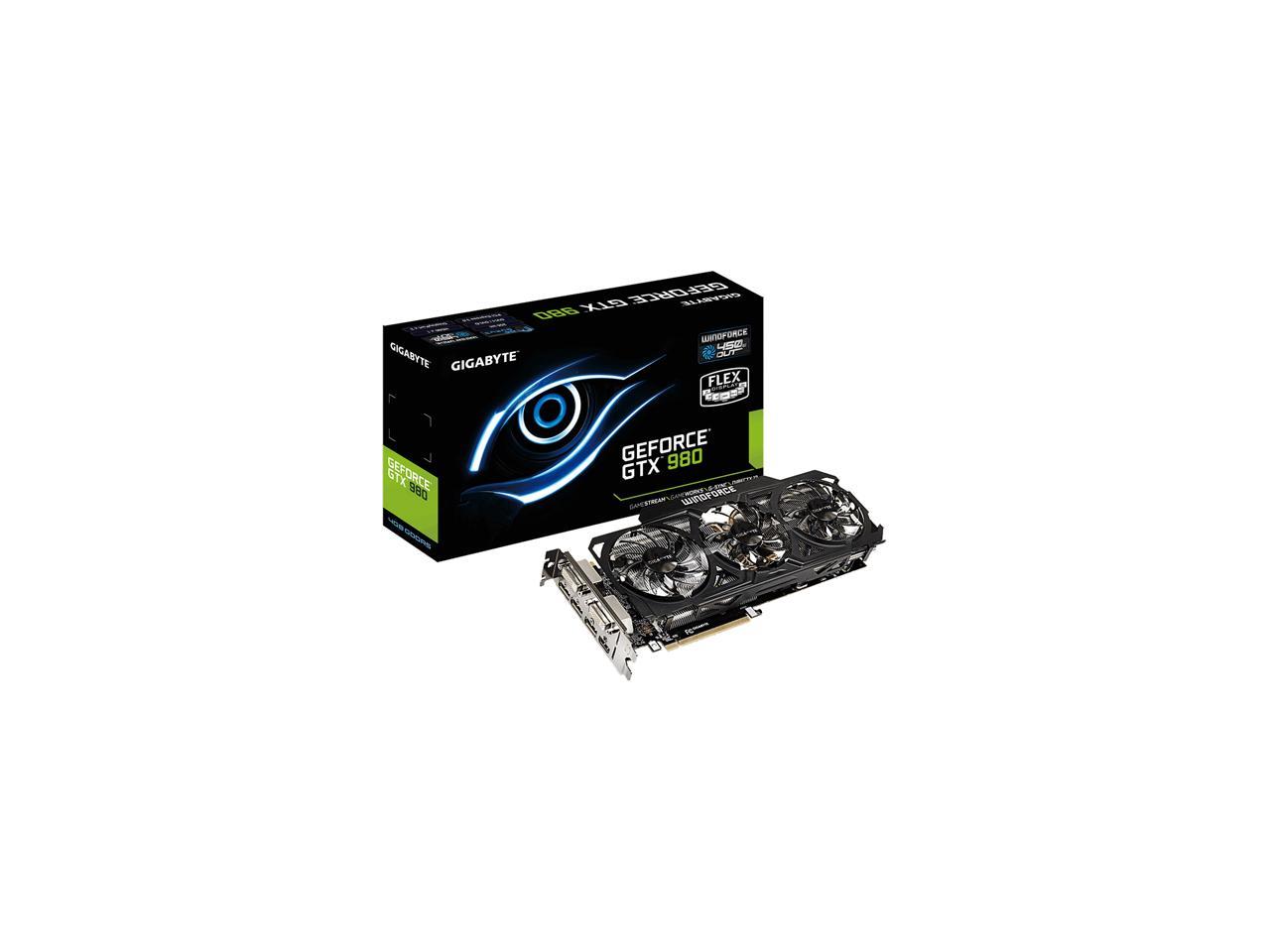 Learn more about the GIGABYTE GV-N980OC-4GD

Pros: Stays incredibly cool under pressure. Looks so much more sleek than past generation nVidia GTX cards I've owned. Loads of inputs. VR Ready, whatever that means. I don't know when I'll be ready to utilize it, that could be a couple years out, but I appreciate that I'm relatively future proof for the time being.

Cons: It seems longer than my previous gen, but at the same time narrower. Not really a complaint as it fit just fine in my case, but it doesn't hurt to mention it.

Pros: -Stays on average about 4C cooler than my 750TI under heavy load. The fans do their job well. -Not that it necessarily needs to be said, but it was easy to install despite the size -Lots and lots of ports for multi-monitor setups. No issues thus far running 3 monitor setup. -Flawless performance. Exactly what I expected out of a great 980 card.

Cons: -It's very long, probably the longest video card I've ever owned. Make sure you have room in your case before buying if you have anything smaller than a full-sized tower. Doubly so if you plan on running SLI.

Overall Review: -Does not come with a DVI to VGA adapter if you have that kind of monitor(s) -I feel like I have truly ascended after switching from a 750TI. I do not regret this purchase one bit.

Overall Review: Take size into account when purchasing, it's not a con when it's listed right on the page.

Pros: The card worked well for the time it was new... too bad for me the 1080 was released a month after I bought this. This card was whisper silent even while gaming at 1440p

Cons: Card died after about 9 months. RMA has been going for over a month and Gigabyte has no update other than an email that says call us. After I call them they say they need to look into it further and will email... and never email.

Overall Review: I have had many Gigabyte products mother boards and other vid cards with AMD chipsets and no problems. This was the first Nvidia product. With such terrible support I am reluctant to purchase anything else from them especially Nvidia products.

Cons: Only one DisplayPort works. I had to find this out after getting a second 1440p 144hz monitor, now one of them has to run at 60hz because DVI-D won't support over 60hz and only one display port actually works. switching the monitors/ports/cables around proves that.

Manufacturer Response:
Dear Customer, Thank you for your comments. We apologize for your difficulty with your GIGABYTE product. Please contact us at newegg-support@gigabyteusa.com with the case number 134841 in the e-mail subject line. We will provide personalized service and analysis to help solve your issue ASAP. If the matter is urgent, please send us your contact number, and we will contact you. GIGABYTE VIP Support Team
Steven W.
Ownership: 1 month to 1 year
Verified Owner
Did not work5/12/2016 1:05:03 PM

Cons: The first review Newegg did not post. So this is a copy/paste from the reply email sent to me: "Windows would not recognize the video card, it would list it as a default vga adapter. Tried installing drivers, but during the install red artifacts would display all over the screen, then eventually lock up the PC. I used the latest Nvidia drivers along using three previous drivers and used a bigger power supply, but still had the same problem. Sent in for an RMA, but the I mailed the UPC for the rebate, so newegg will not replace the card. (stupid of me, should have ate the rebate) Now waiting for another week or two for the card to be returned. Then ship it to Gigabyte to hopefully get a replacement.. which will be another week or two. Purchased on 03/18/16 Received it on 03/22/16 RMA and shipped the same day Reviewed on 04/01/16"

Overall Review: It is now 05/12/16 The video card arrived from warranty repair today and it is doing the exact errors as noted above. I've contacted Gigabyte again and explained the errors so hopefully I will get a replacement this time. Newegg did offer to reimburse me for the shipping label on the first warranty repair.

Manufacturer Response:
Dear Customer, Thank you for your comments. We apologize for your difficulty with your GIGABYTE product. Please contact GIGABYTE RMA department for further assistance about graphic card replacement at 1-626-854-9338 opt. 4 Monday through Friday from 08:30 ~ 17:30 PST. GIGABYTE VIP Support Team
Anonymous
Ownership: 1 week to 1 month
Verified Owner
Significant performance increase over my gtx 960. Runs everhthing I throw at it max settings.4/16/2016 1:10:20 AM

Pros: It's performance is wonderful that's all I can say.

Cons: Only thing I did not like is that it has added height to the card because the logo but when it works so well and that's the only thing i can find still 5 eggs