OUT OF STOCK
Sold by: Newegg
Shipped by Newegg
Price Alert
Add To Wish ListFound on 92 wish lists 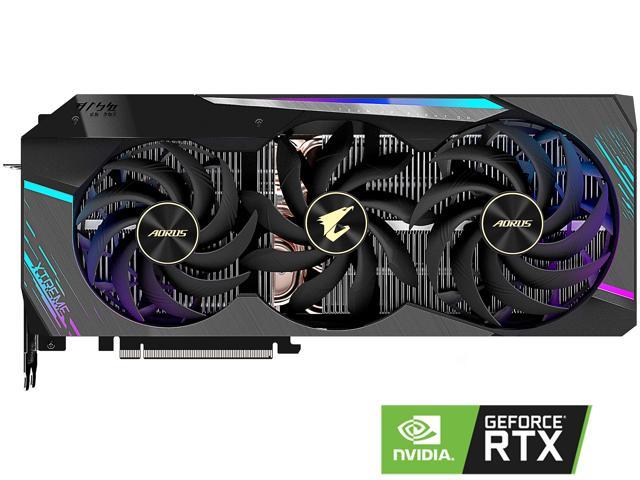 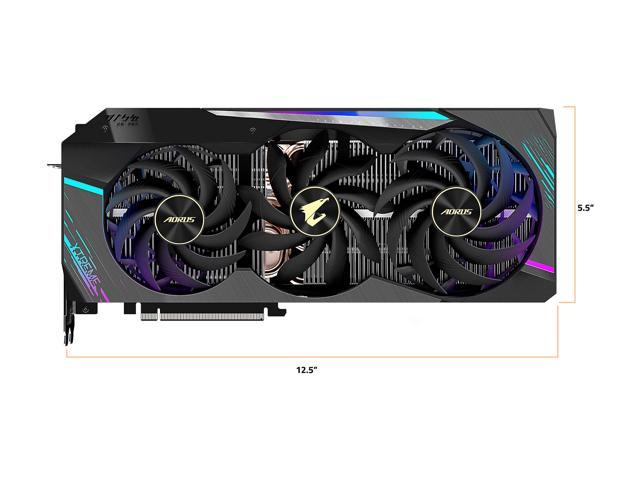 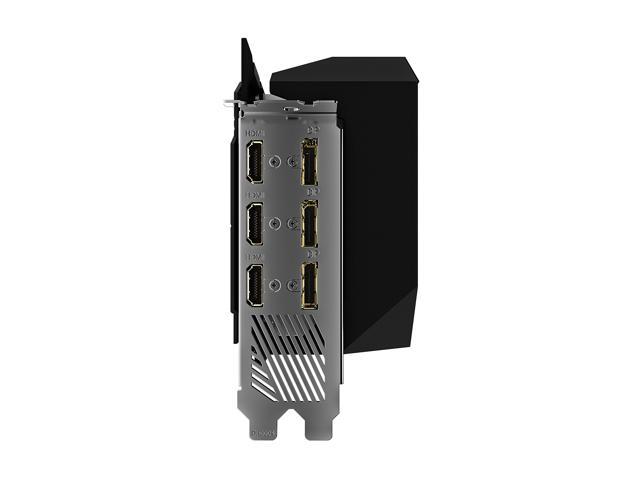 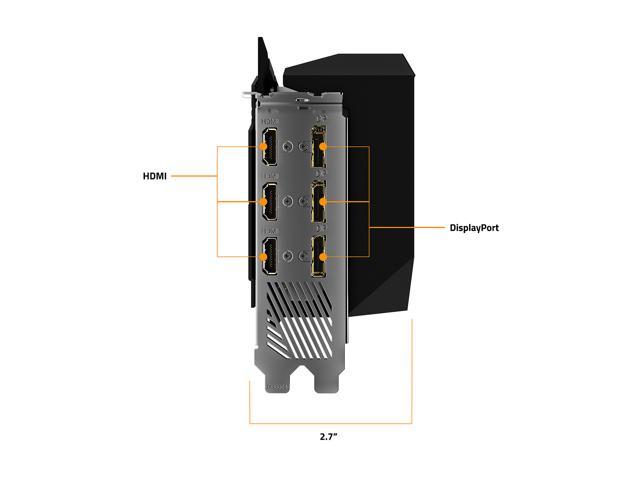 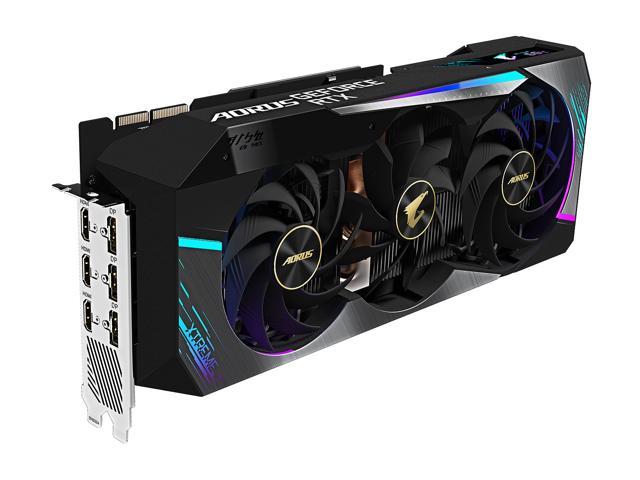 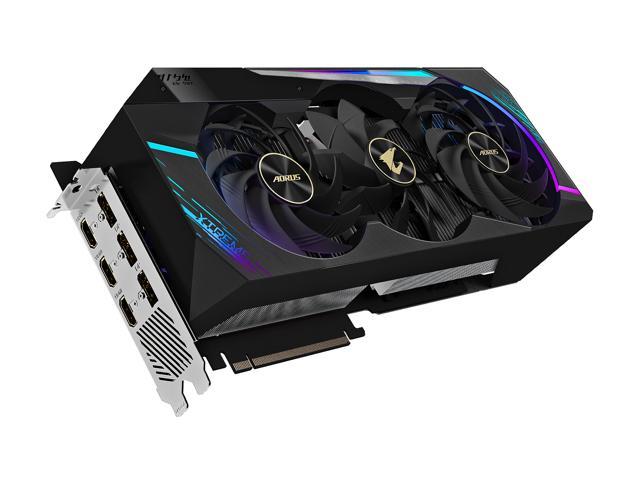 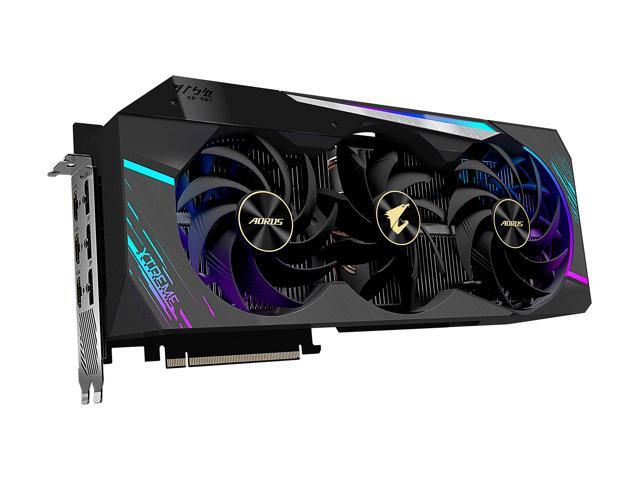 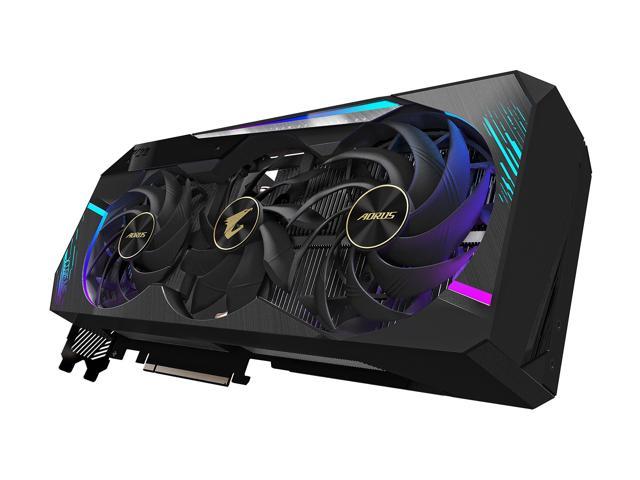 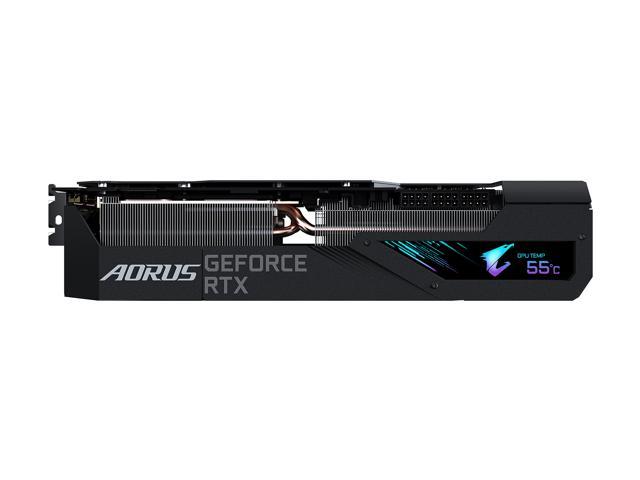 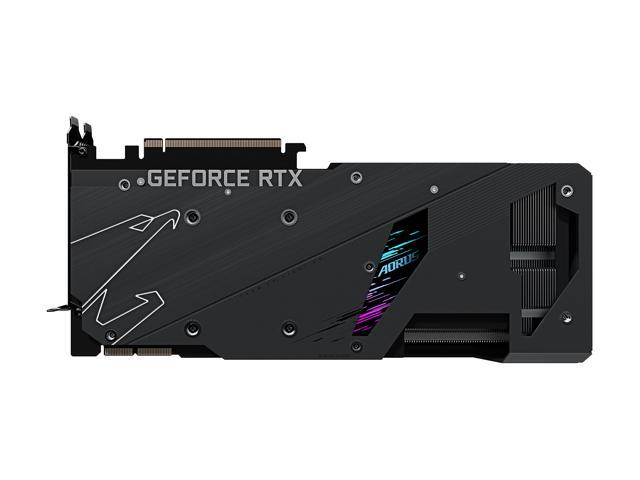 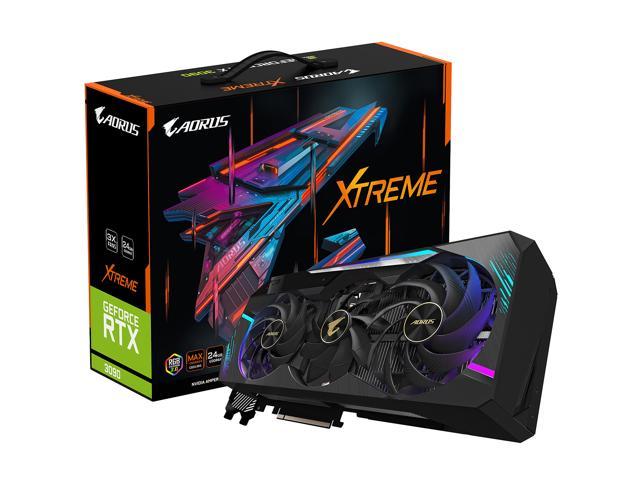 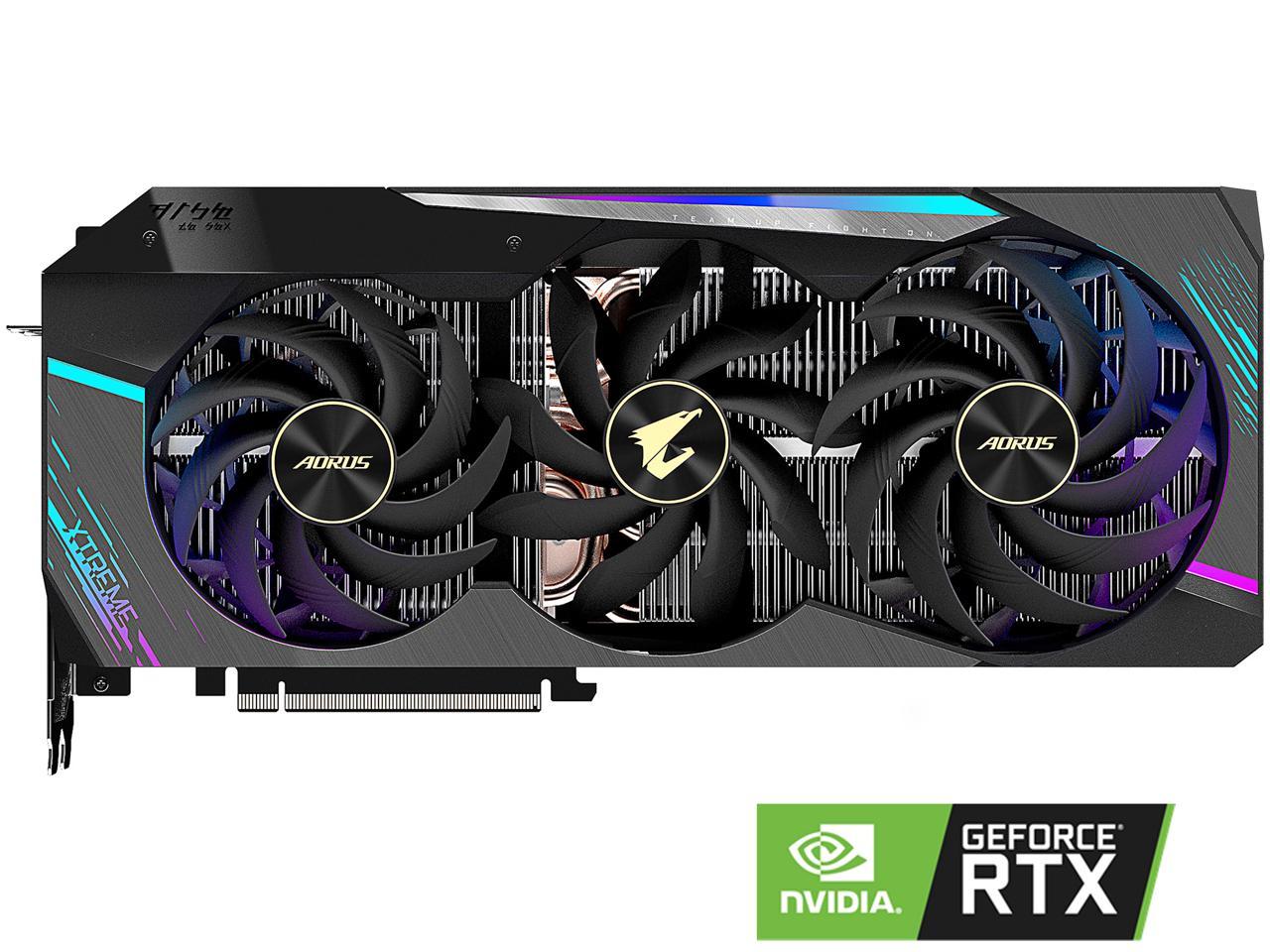 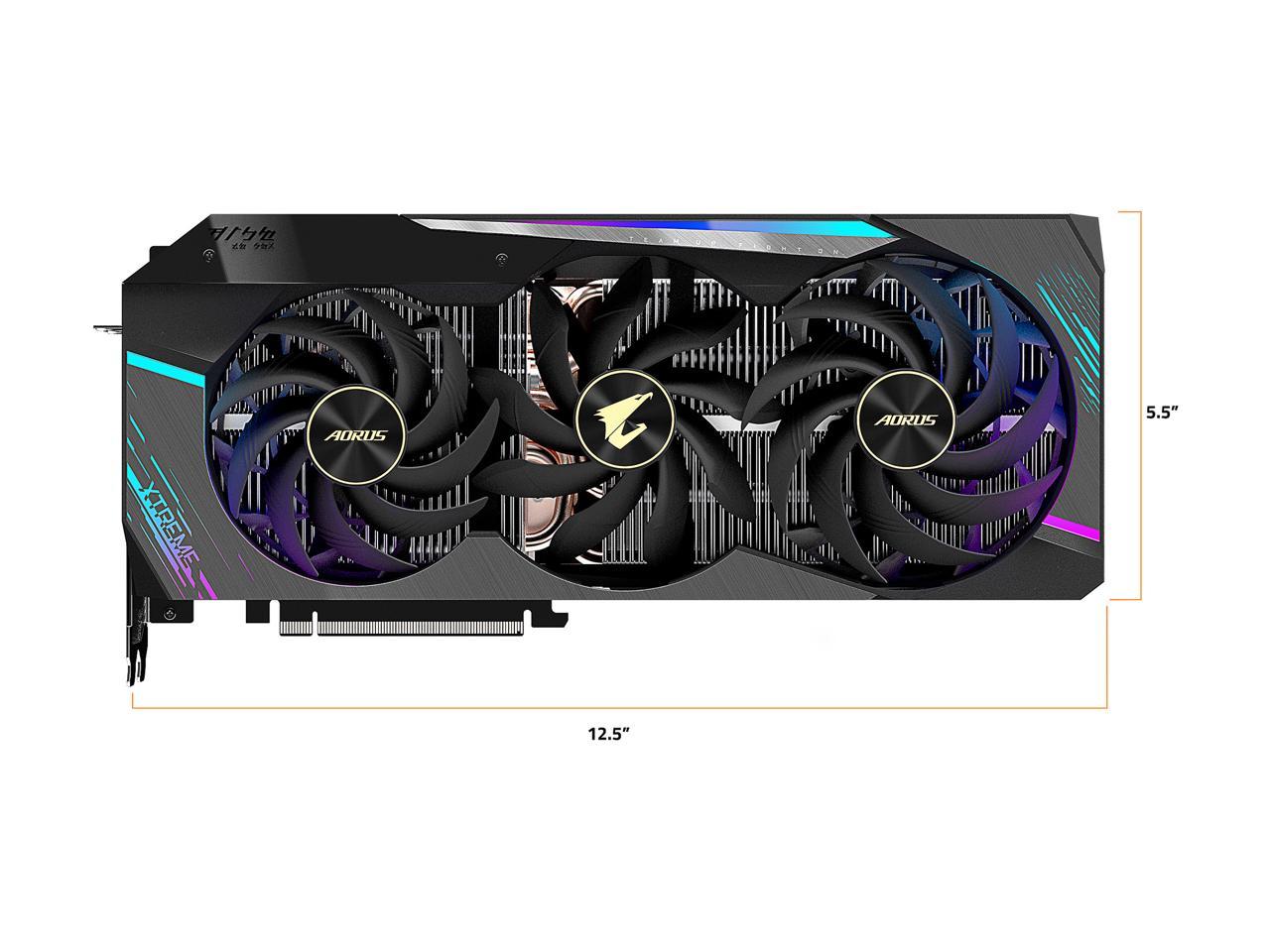 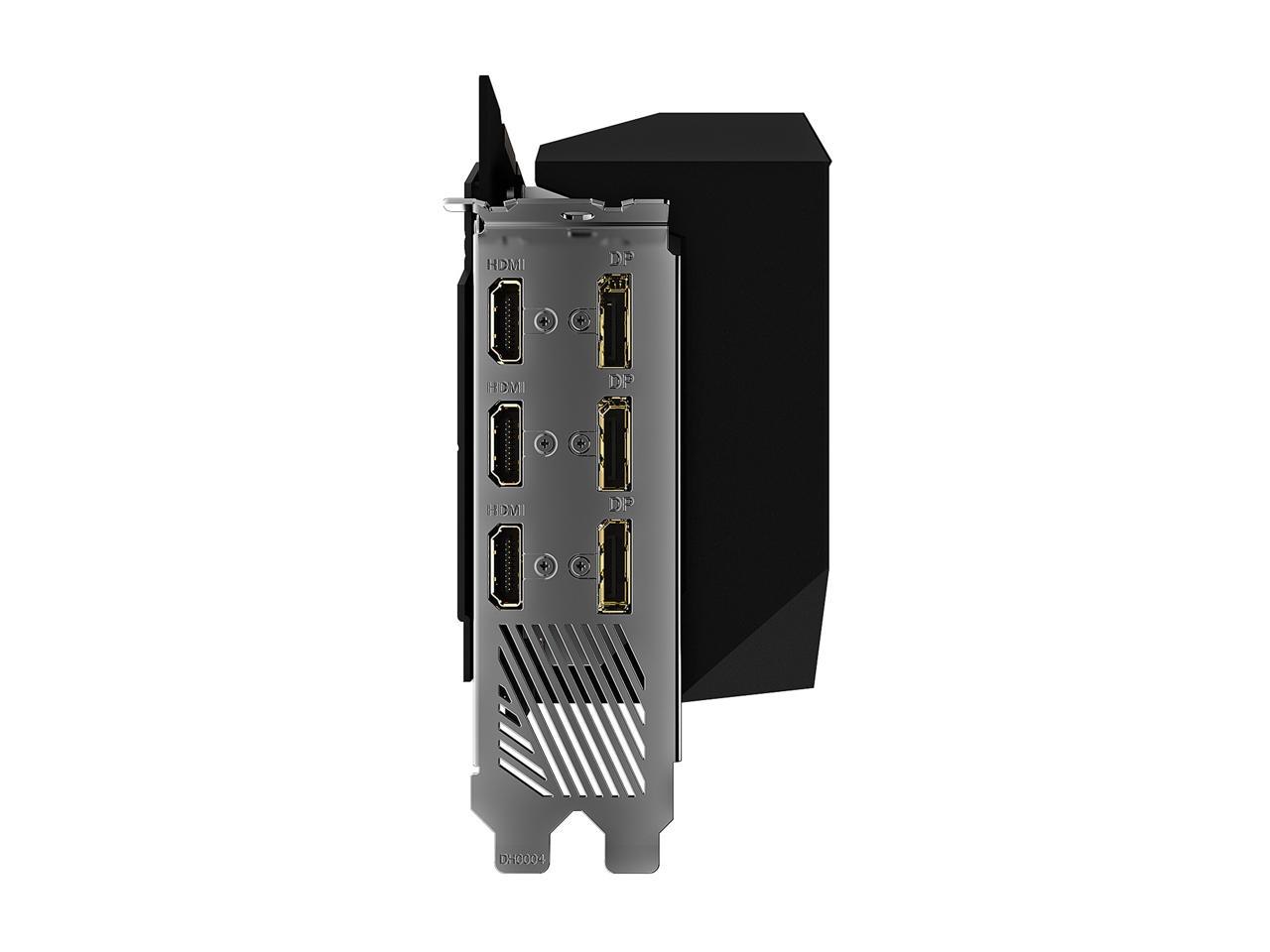 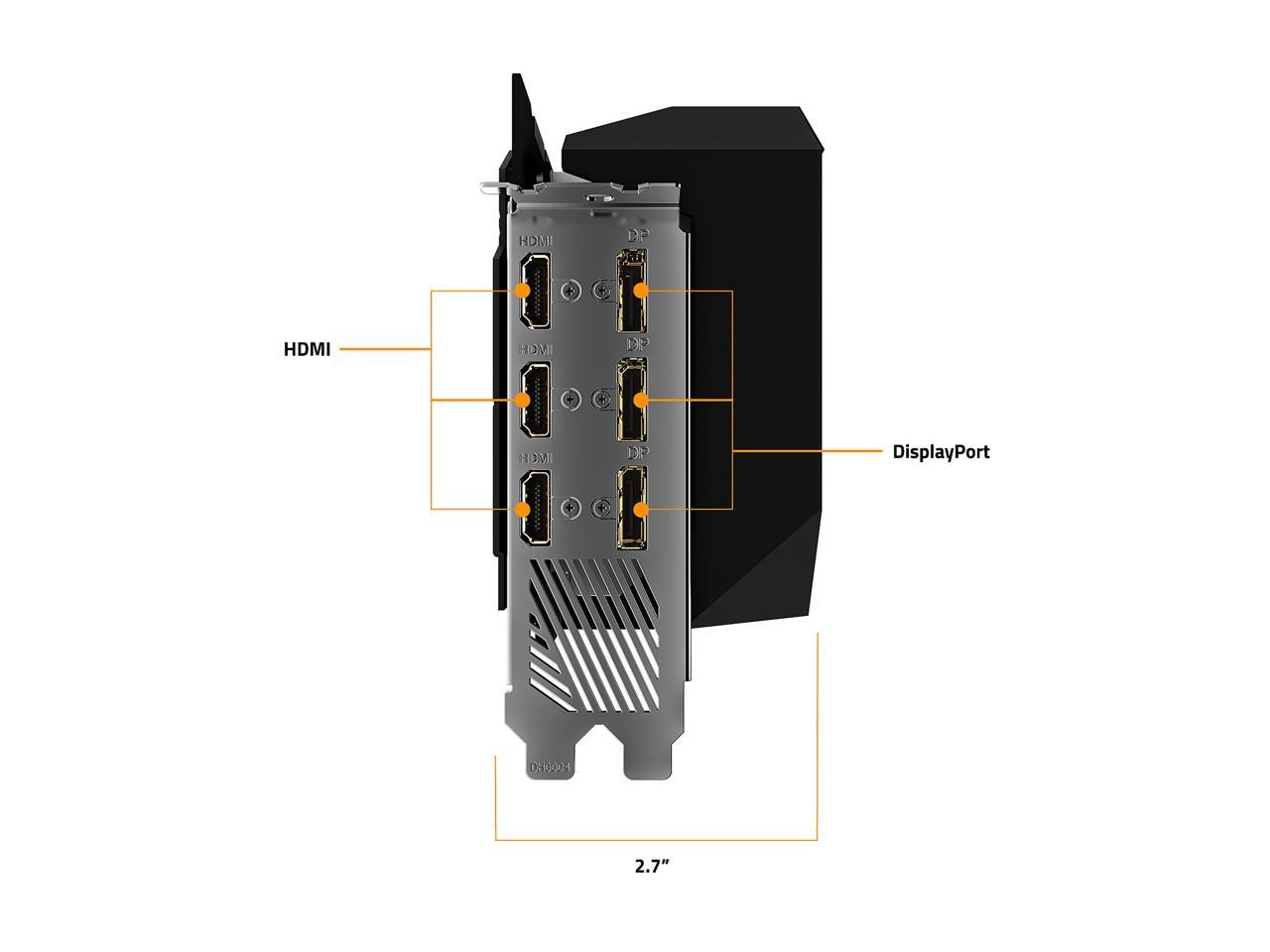 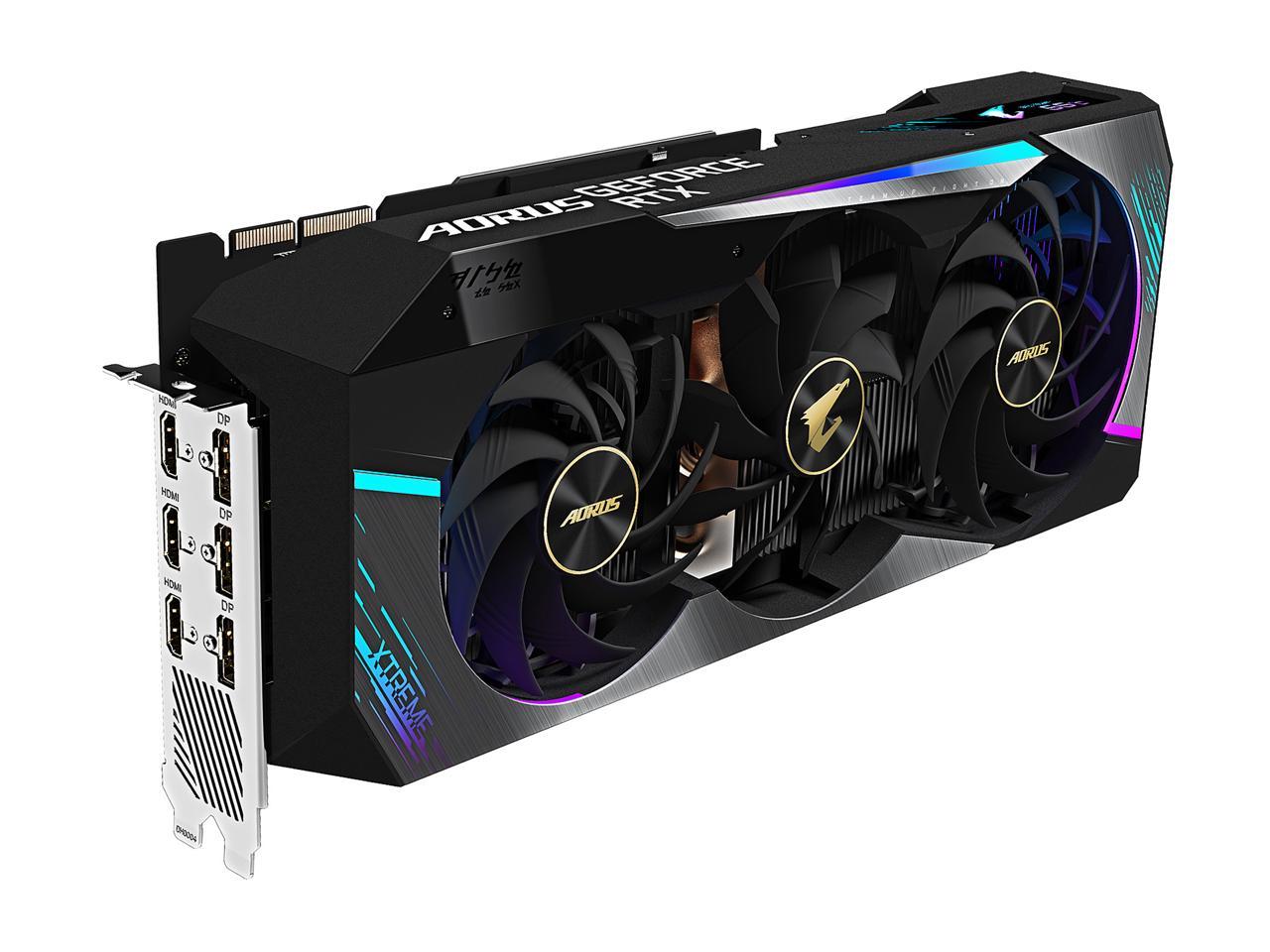 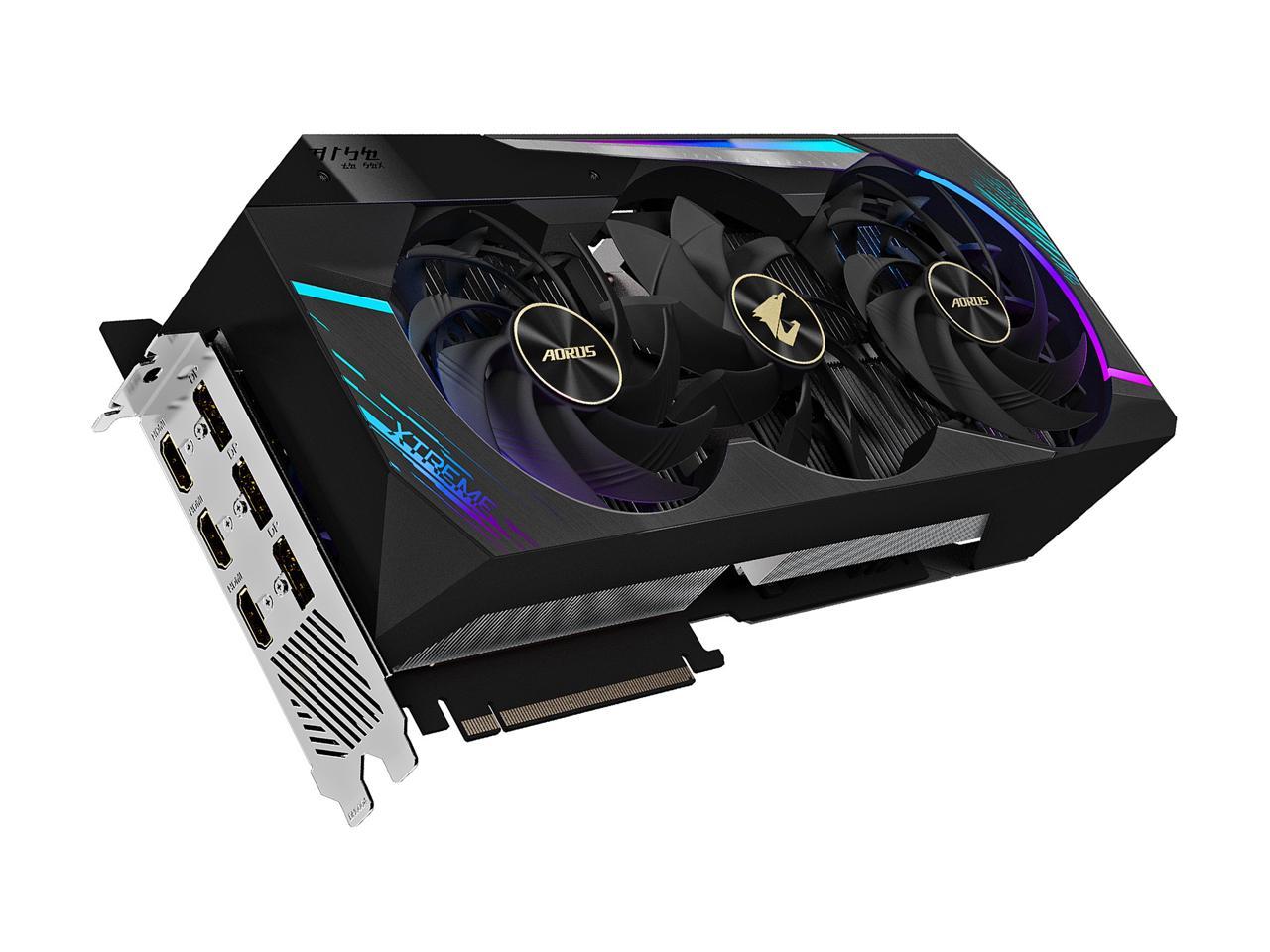 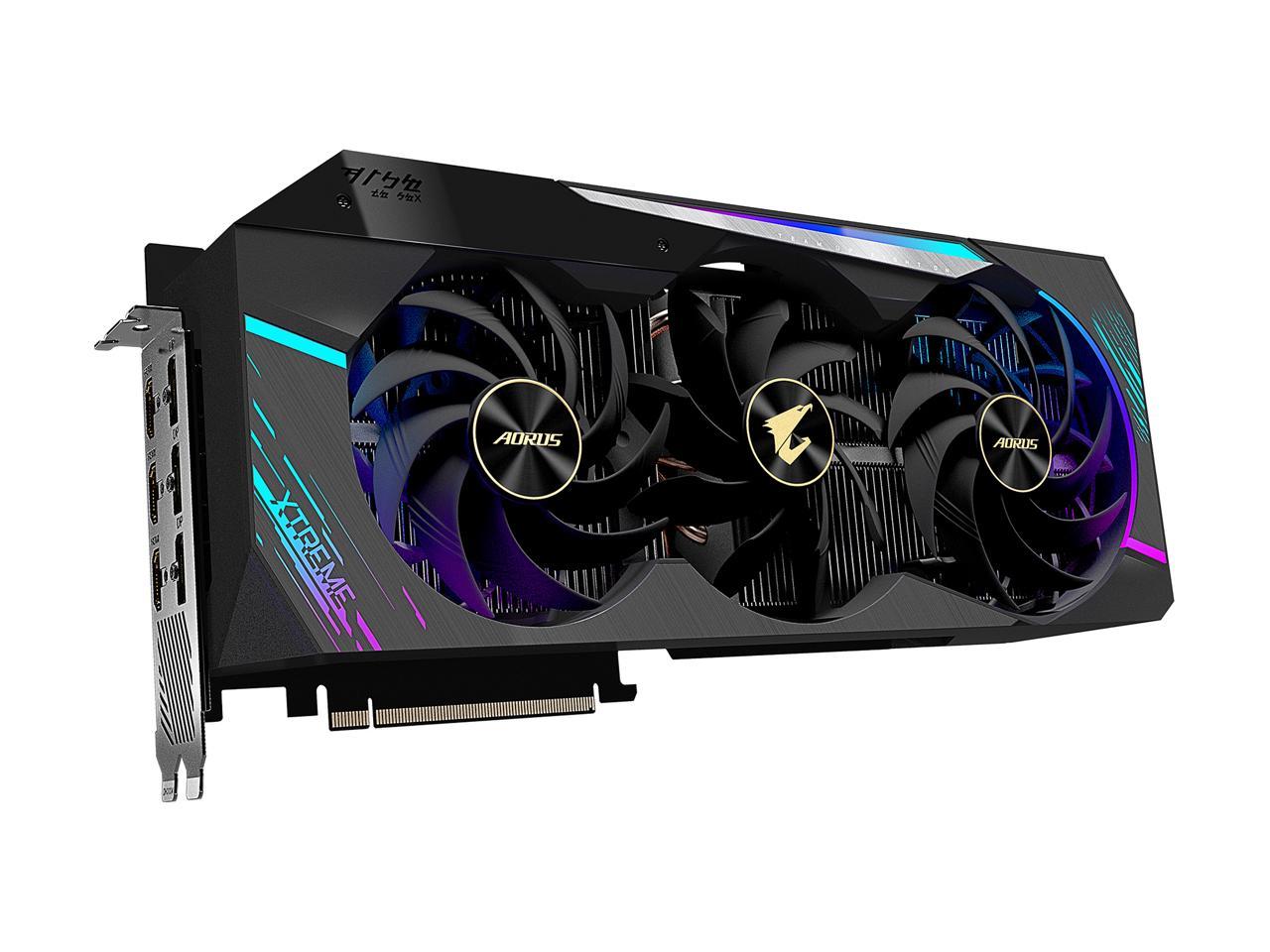 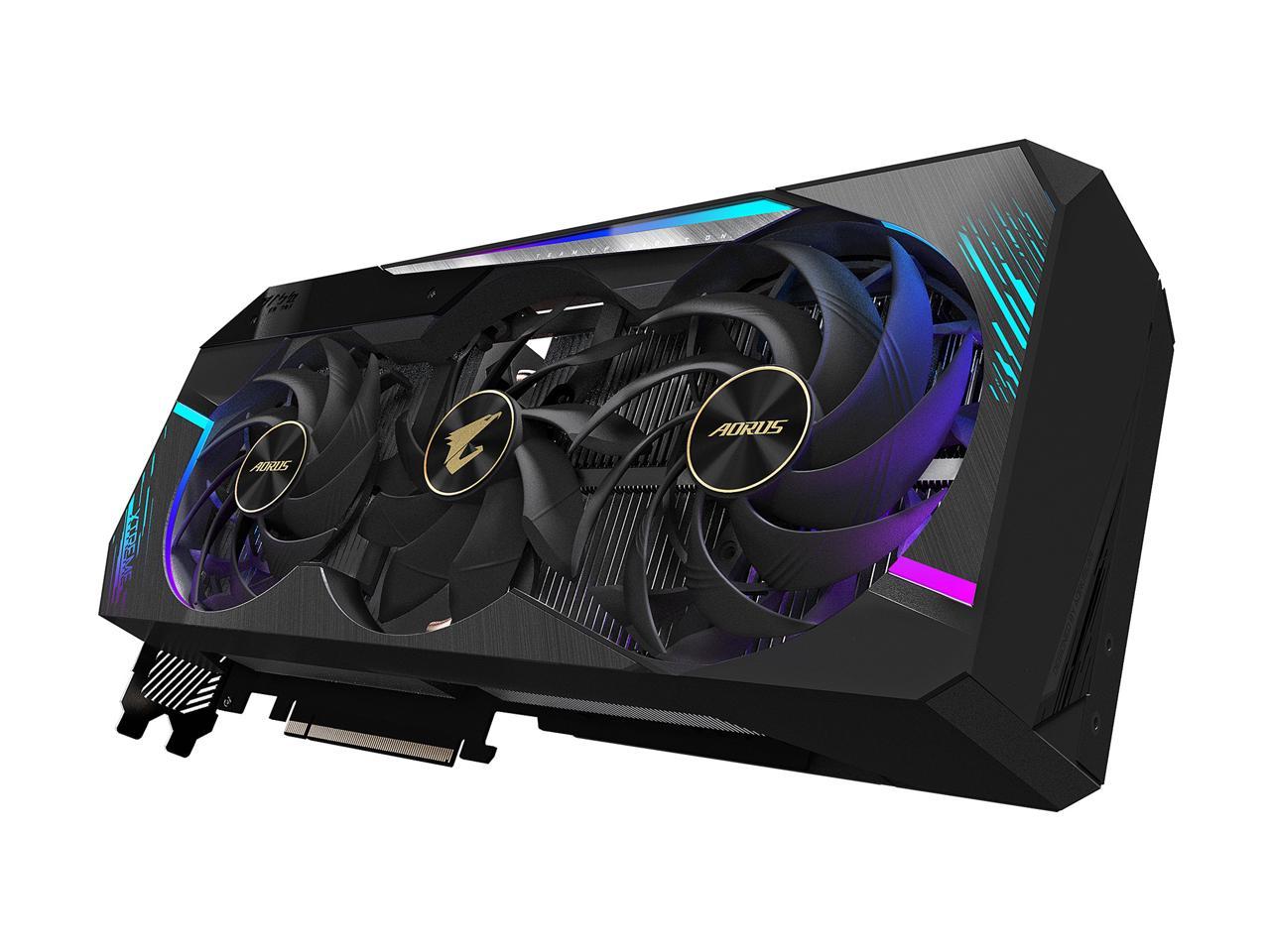 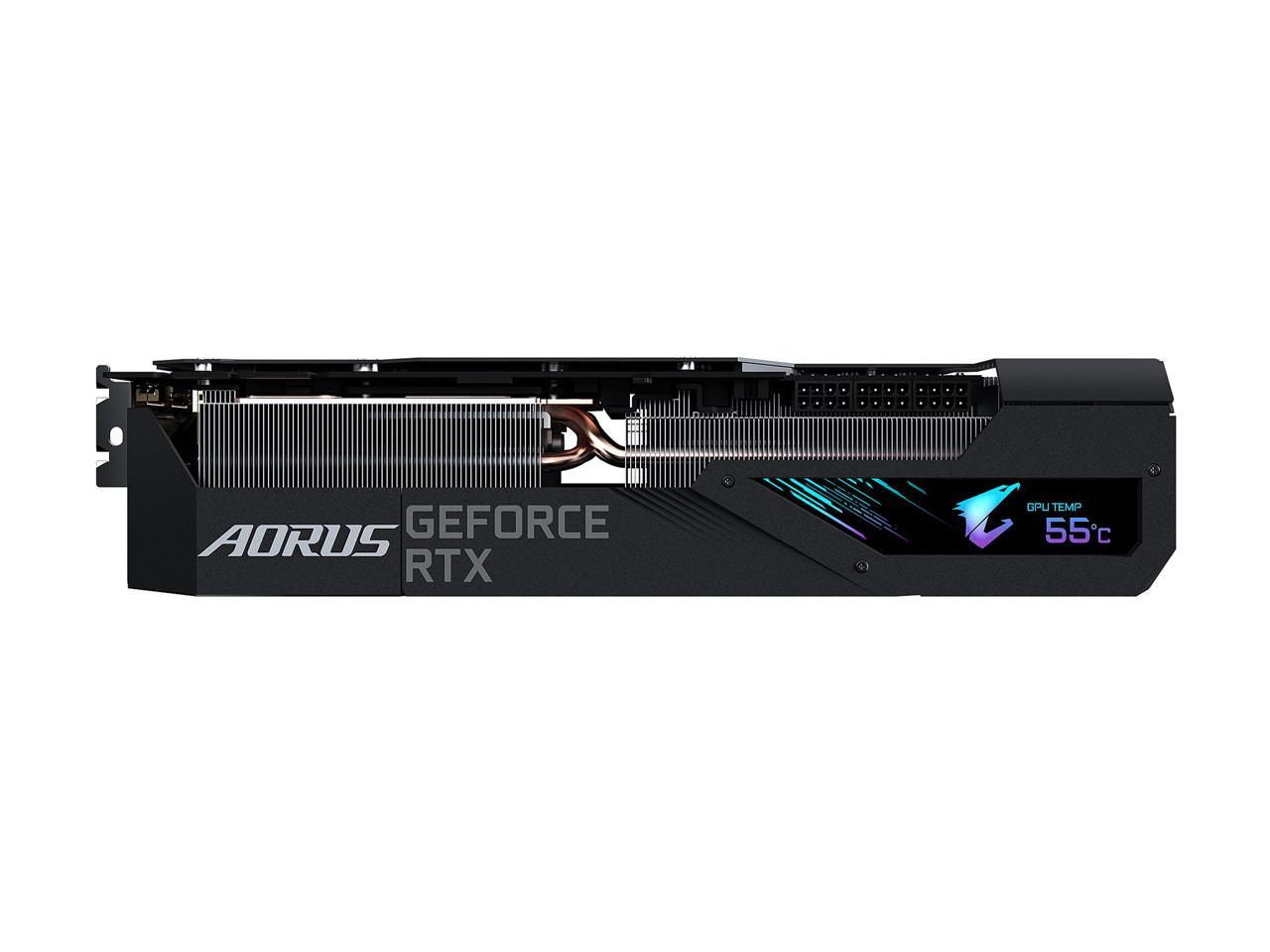 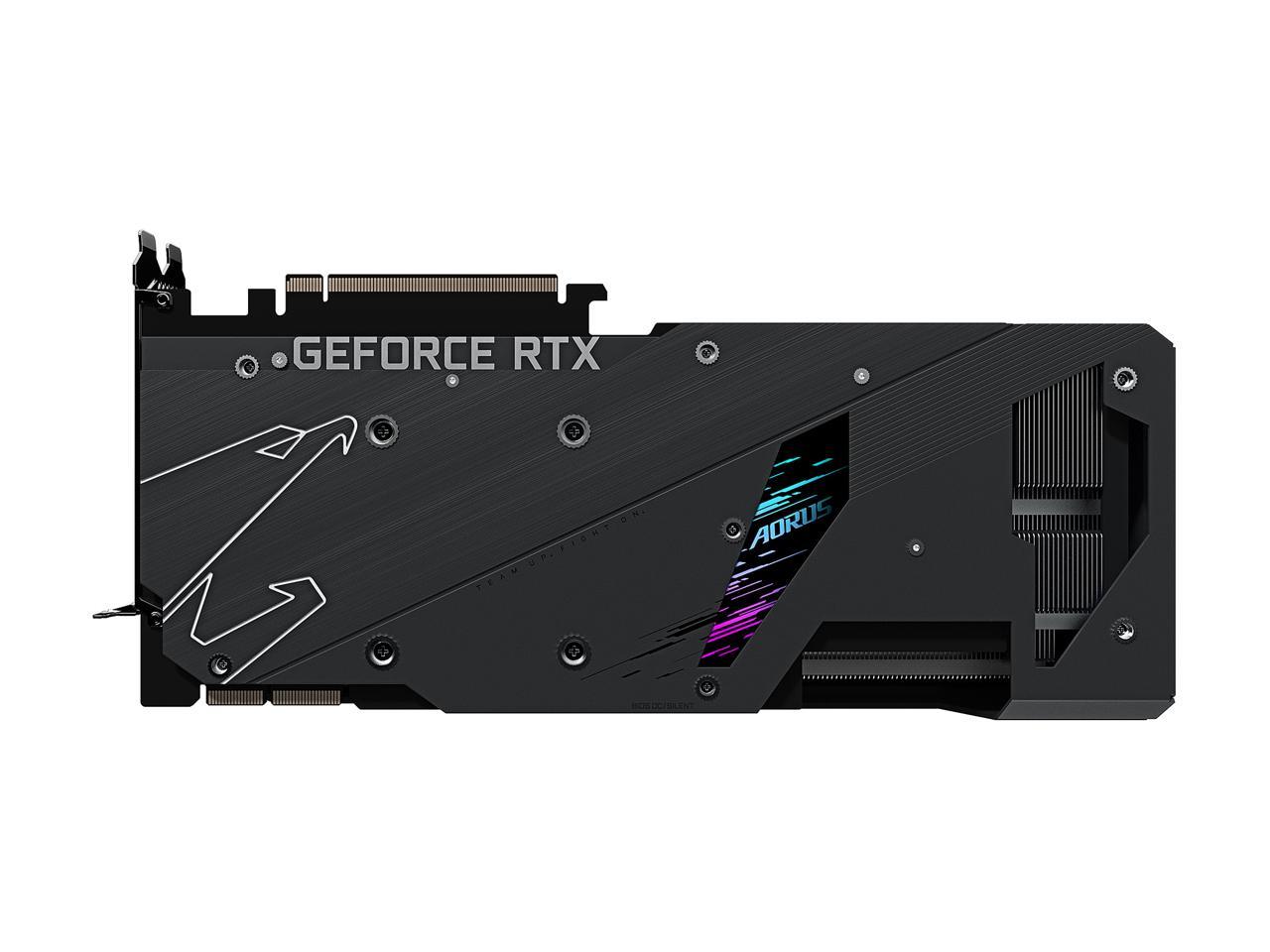 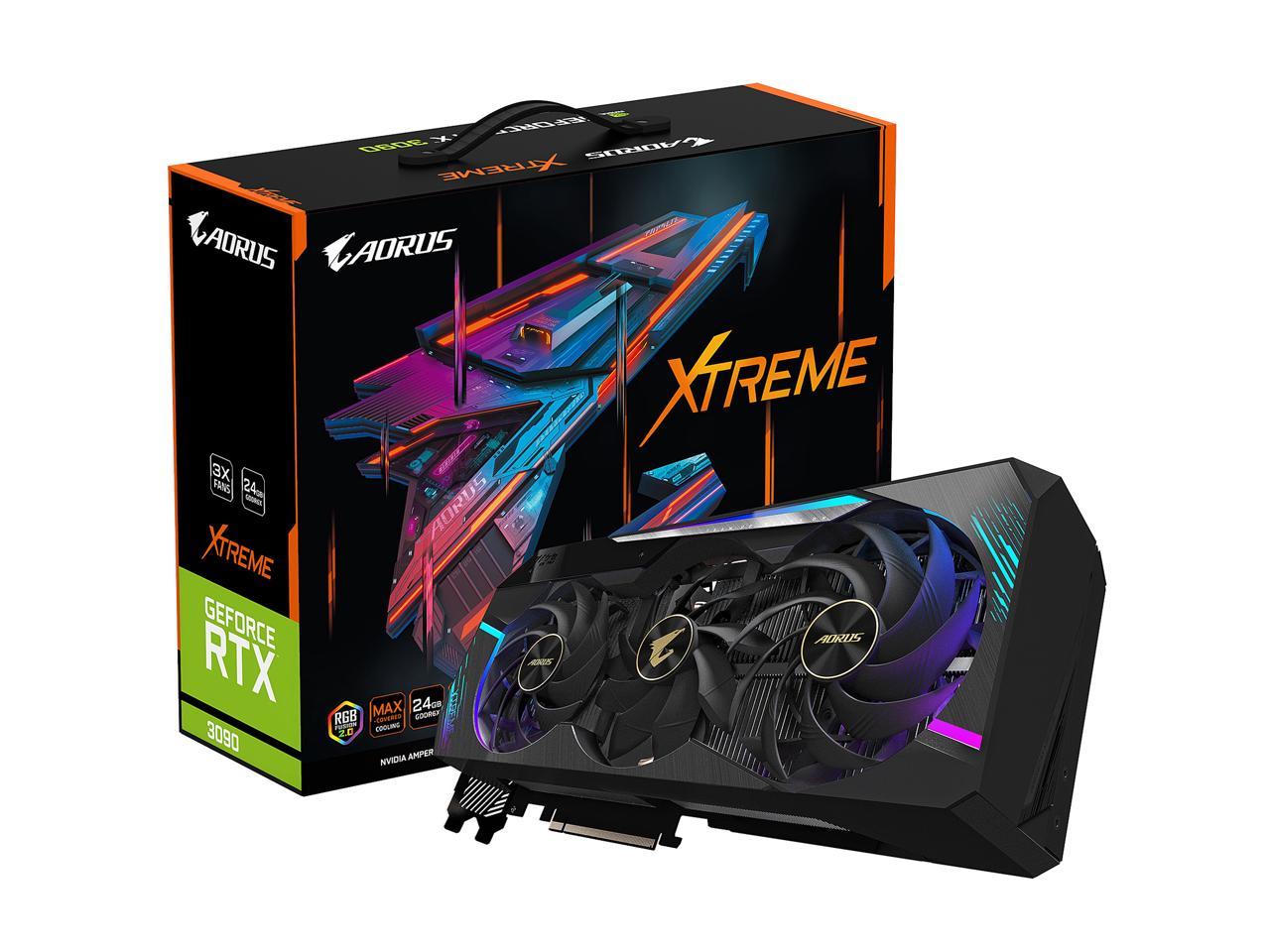 Pros: Works great until the vram gets hot

Cons: Then the Vram gets very hot and throttles

Overall Review: Only half the ram in the 3090 is in contact with the heatsink. Very poor design.

Pros: The LCD screen looks cool and is customizable

Cons: Was using my PC as normal no overclock at all when randomly it shut off. PC would no longer boot until I removed the card. I tried the card in 3 different PC's and it causes 3 different PSU's to malfuction. The card keeps the PSU from turning on completely. If I try to turn on the PC with the card plugged in, the PSU *clicks* and then has to be reset in order to turn on again. The pc will boot with any other card though.

Overall Review: I've never had a Graphics card die before. DO NOT buy this card. Look at the other ratings across all websites. This is a common issue

1 out of 1 people found this review helpful. Did you?
Manufacturer Response:
Dear Customer, Thank you for your comments. We apologize for your difficulty with your GIGABYTE product. Please contact GIGABYTE RMA department for further assistance about graphic card warranty service by phone at 1-626-854-9338 opt. 4 Monday through Friday from 08:30 ~ 17:30 PST. GIGABYTE VIP Support Team
Anonymous
Ownership: 1 week to 1 month
Verified Owner
Great card, does what is advertised11/12/2020 4:55:36 PM

Pros: Solidly built and have not run into any issues when it comes to installation or stability. Didn't see this advertised anywhere, including the Gigabyte site, with no tweaking the card boosts to 1950MHZ. And personally haven't been able to get it eclipse 70c when it comes to temps.

Cons: - Gigabyte's software to change the RGB / LCD screen on the card is not a very user friendly experience. Personally I haven't been able to get it to function

Overall Review: Good product, definitely one of the more solid 3090 options that are available if you can get your hands on it. **Warning** I got this card with the power supply bundle that Gigabyte is currently offering. That power supply only includes 2 PCI-E cables, meaning if your motherboard does take a 8+4 connection for the CPU, you will need to source another PCI cable to connect all 3 8pin connectors on the card

Overall Review: This card is amazing. Overclocked up to 2175Mhz and averages around 2070. While Overclocked temps haven't touched 70c (69c max) This card is huge but it runs cool and quiet so it serves it's purpose. If you want best thermals on air cooled 3090 this is the card to get. I'm super satisfied.

7 out of 9 people found this review helpful. Did you?
Anonymous
Ownership: 1 week to 1 month
Verified Owner
You already know it's the best GPU for games, but it actually made other things faster11/18/2020 11:53:35 AM

Pros: If you're here you already know that the 3090 is top dog so here are the pros outside of gaming performance: - It's very quiet! Surprisingly so. Even when playing maxed out settings it still stays cool. - I bought this for Deep Learning because of the 24Gb of GDDRX, and it is a fast value card! - Makes even web browsing and desktop experience faster! Surprisingly! I cam from a Titan X card so I was actually surprised that even YouTube and Chrome browsing was smoother.

Cons: - It is a thick 4-slot card, more like 3.7 but still takes the slot space - You must upgrade CUDA/Cudnn and TensorFlow to unreleased versions. It should work with 2.4-rc1 and 2.5-beta/alpha but keep in mind that you will have to upgrade your codebase for these. Not really a Con since it will be the de facto in the future

Overall Review: - Faster in places that I wouldn't think of - Quiet - 3090s in general are good value cards for DL, but FE would serve better value here.

Pros: I've been rendering a video in Blender with this card and it never gets hotter than 67C even after 8+ hours. I don't have my computer in a well ventilated location and it's not an open-air case at all. So that's pretty impressive. I've been playing Control on this card and am happy with how it handles it. I don't have any other games that use RTX. The little display screen is a cool idea that is wasted on me. My case has a metal panel, so I'll never see what's displayed on it. Not that I ever would even with a window because of where my computer case is. Not that I ever would because I don't look at my case even if it was in view while I'm playing games.

Cons: RGB lighting. Such a waste of money went into adding this feature. Now we 'get' to pay extra for it. This thing is so big in height and length. I got pretty lucky that it fit into my case without me needing to remove the full hard drive bays. Also, I got lucky in that I don't need my wireless card anymore, because this GPU takes four slot spaces. I made the mistake of installing the recommended software. It's so bad. Just moving the RGB fusion application window to a new location has like a built-it move rate. I moved it around in circles really fast for two seconds, let go of the mouse, then watched it finish moving around for the next five seconds. You almost have to try it to appreciate just how awesomely bad it feels. The price. Even though this was bought at the official going price, it felt like paying scalper prices for itand to ensure thatit was bundled with an expensive motherboard. I might use the motherboard. If I ever financially recover enough to afford a CPU that can go into it.

Overall Review: I like that it can keep its cool. It's probably too big for a lot of cases. It fulfills my dreams of being able to play RTX games. I took eggs off for the RGB lighting and for the price. Don't tell me it doesn't make that much of a price difference. I know how expensive it is to pay programmers to create and fix the software that controls lighting.

Cons: Graphics driver issues caused the card to become defective. Motherboard would not boot anymore after playing a game...

Overall Review: Would recommend if the problem gets fixed...

Pros: Worked great while it worked.

Cons: Card was running like normal playing a movie, ended the movie and then the computer went dead. PSU displayed a power fault and would not let the computer turn on. Opened up case to smell fried electronics. Removed the card, and the computer booted up immediately. Have attempted to reach out for gigabyte support now 5 times, with an extended hold period of currently 5+ combined hours during my various attempts at communication. Placed twice on their callback to not receive a callback, left 2 messages to no response And have emailed and also no response received. This is by far the worst customer service I have ever encountered. Finally submitted an RMA online since I could not get ahold of the company at all, and even though the card is under warranty the company will not pay to ship the card back for warranty repair. I am not even sure if theyll even replace this expensive card even though it failed from normal gaming and movie watching usage. Sure wish I could get the company to respond to me about this card and getting a replacement.