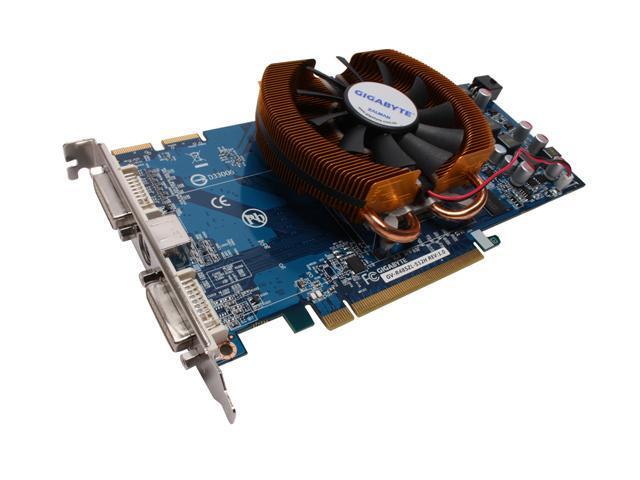 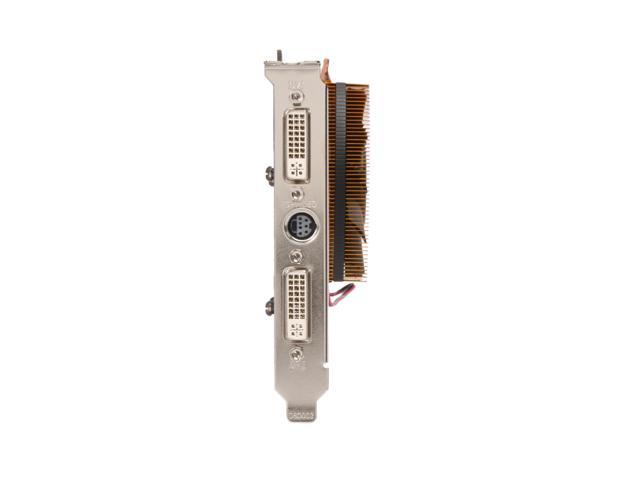 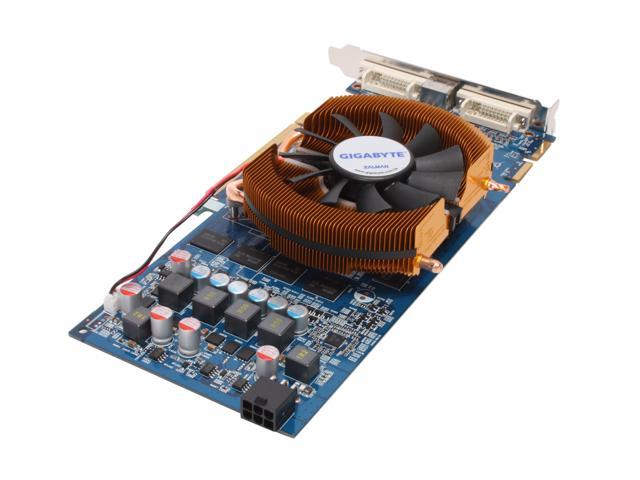 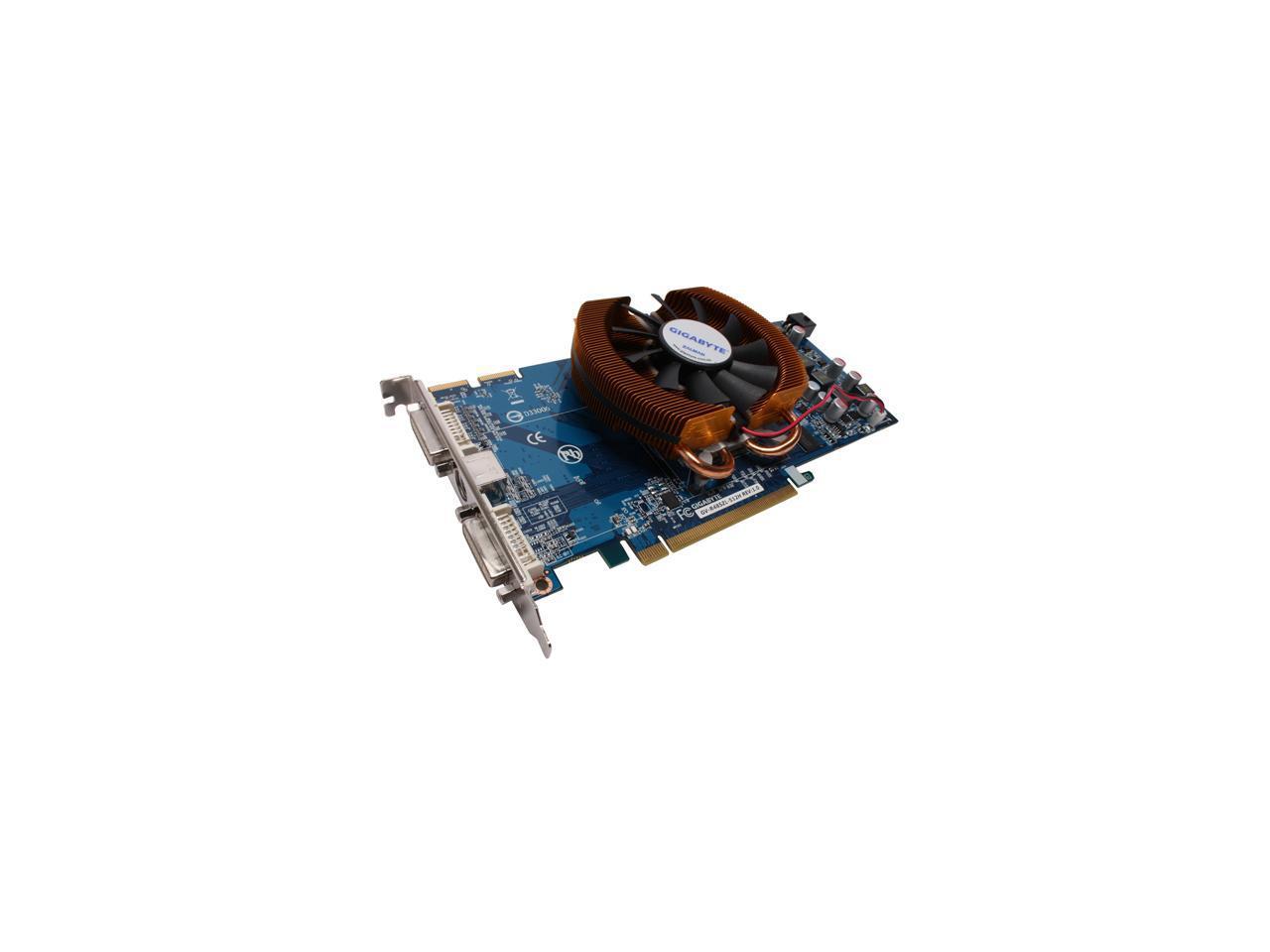 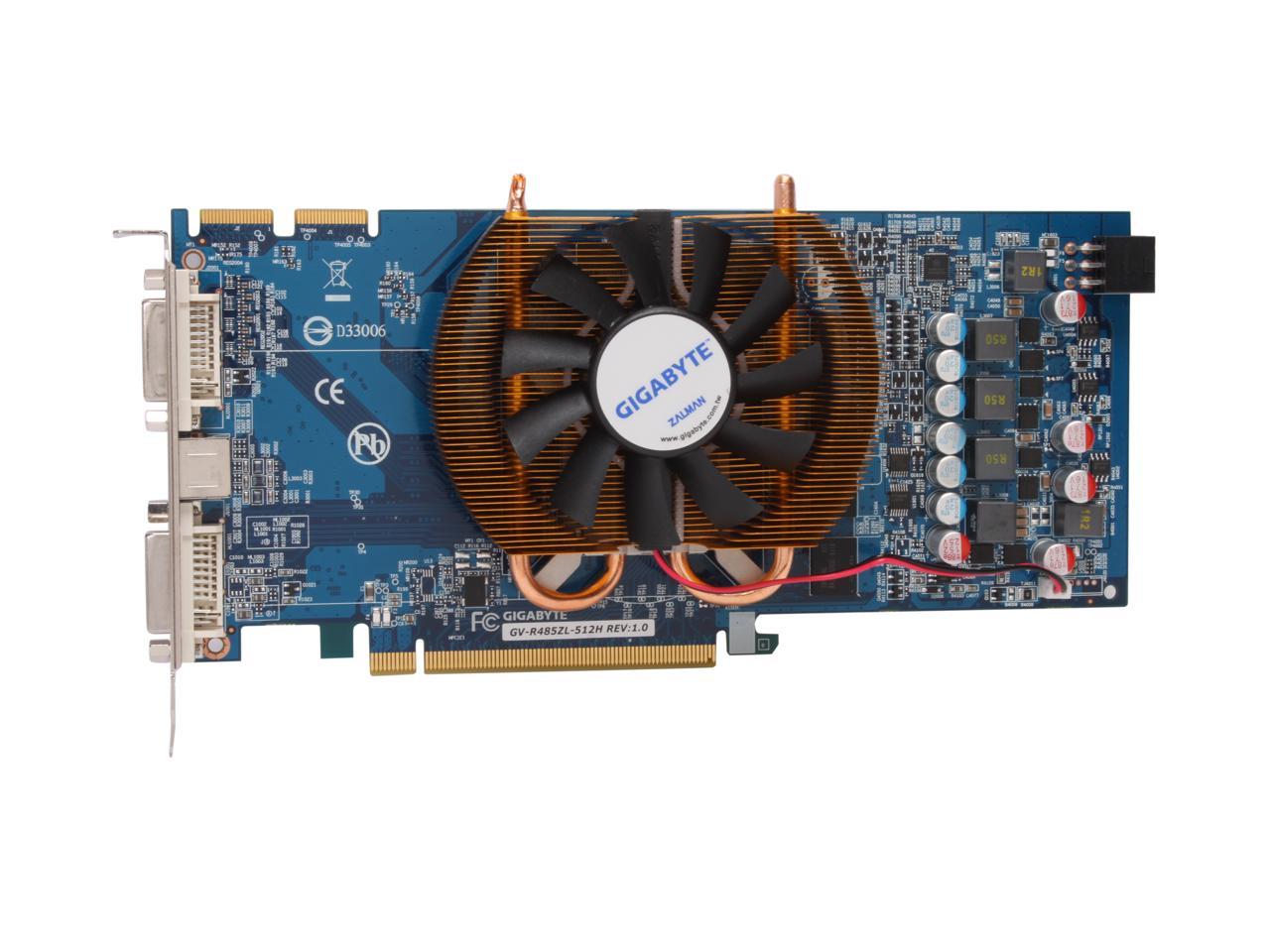 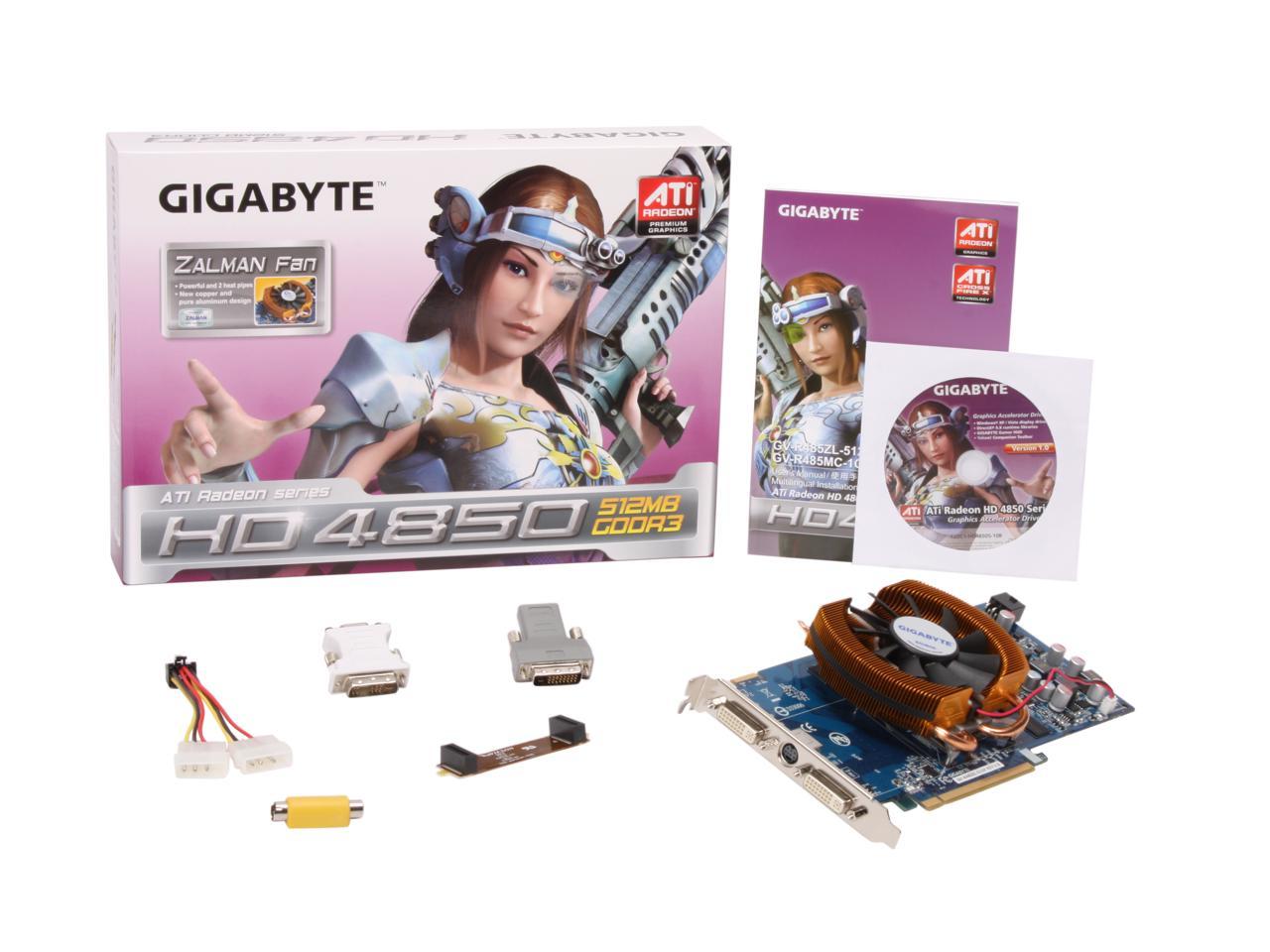 Learn more about the GIGABYTE GV-R485ZL-512H

Pros: Works perfectly. Super cool compared to my 8800 that caught on fire last month. No problems with gaming so far. High settings.

Cons: Refused to engage in sensual relations despite many advances on my part.

Overall Review: Worth it, so far.

Pros: Since most people are buying this model bc of the hs/fan I thought I would share my experience with it. First of all, it is smaller than it looks in the picture. It does take up two slots but there is room to put a sound card etc. below it and still have decent airflow. With a room temp of 25c (77f) the card registered 39c idle, 59c under full load with no fan nearby blowing on it. i was able to add a low cfm fan about 6 inches away from it and the load temp went down to 52c after 2 hours of gaming. With my case buttoned up and zero effort made to adjust fan speed I would call the noise created minimal.

Overall Review: I purchased the card due to heat and noise issues of my previous card (2900xt). I've seen a moderate (20% on average) increase in performance at the resolution I game at (1680x1050) and a substantial improvement in temperature and sound. The packaging is decent and it even comes with a DVI-HDMI converter.

Pros: Great board, eats through Crysis Warhead, The Witcher, Bioshock and Fallout 3 like butter, this thing pairs perfectly with my Phenom X4 9950 BE, temps are very cool and I even have it overclocked to 700MHZ and it's still running cool.

Overall Review: It certainly was nice being able to spend under 200 dollars to get such great performance, my last gaming rig I had a 6800 Ultra that cost me 450 dollars... The 4800 Series from AMD/ATI is fantastic!

Pros: I love this card. The Zalman fan on it is quiet and makes the card run COOL! the standard coolers on these cards have temps going into 90c! idle the card is at around 36c in my system and under full load it doesnt go past 47c. thats half as cool as with a standard cooler! and you cant beat the price! got this at $150 with the rebate. i would rather get this than the sapphire toxic because i have had good experiences with gigabyte customer service before. also this card is 50 bucks cheaper. the build quality of this board is outstanding. never something you would find on a sapphire board. i currently have it overclocked at 700mhz without even adjusting the votages. ive seen people push this card to 800mhz with only the provided zalman cooler! hell if i had the money id get another. this thing is AWESOME. runs crysis at 30fps on highest settings easy and at around 40fps on second highest. all other games ive thrown at it work great at full settings with 4x aa enabled.

Cons: none other than the bundle is kind of lacking. usually cards are now bundled with games or at least demos but this card only comes with a driver cd and a gigabyte tuning utility. the cable and dongle bundle is pretty standard and doesnt really include anything you wouldnt get usually. at least its not missing anything though.

Overall Review: if you are building a new pc get two if not 4 of these bad boys and make sure you get a mobo and psu that can support them! you wont have to worry about upgrading any time soon.

Pros: I've been using it for my gaming rig for over a year, and I have to say even now it is an awesome card. Even with the latest WoW patch (as of June 2009) you can run everything maxed @ 1680x1050 w/only a little chugging, and that's only in town. I run all my games @ (up to) 1680x1050 w/full settings (anti-aliasing, tri-filtering) and it runs great. For me it has been quiet, and temp. is not a problem. When the HD 4850 line first came out there were heat issues, but any driver from early 2008 or later took care of that, so heat is a non issue. If you want to run games on a budget, get this or the 1GB model now that prices have dropped even more. Just get it.

Cons: ATI has been puttering around getting their Linux drivers in gear. They've made a lot of progress, but they're still working on it, so be patient if you're running Linux for gaming (I used Ubuntu w/Compiz Fusion, looked awesome). To be fair, its not all their fault, there are a couple pieces of software you have to run to get windows games working in Linux, (Wine, fglrx, OpenGL, etc) and some of them are not playing nice with ATI. Nvidia sidestepped the whole mess by writing their own code and bypassing a large chunk of the community, plus its closed source, but we won't go there. :D It works great for general computing in Linux

Overall Review: Its hard to call this a budget card as it performs so well. I've bought several of these (and 1GB versions) for friends and customers (build PCs on the side), its really a great card, and for the price it blows away Nvidia.

Overall Review: Hooked this up to my rig yesterday, software install was simple, and graphics look great. Speedfan wasnt reading the temps on this card, but after a gaming session I put my hand near the card and could not feel any heat coming from it, which is impressive. I've been pleased with the quality coming from Gigabyte products the last couple years, and would recommend them.

Cons: ok some minor quirks... rebate is awful, fan cannot be controlled, i don't know if it has its own temp monitor, lack of mem heatsinks keep it from OC'ing a little higher, and it would bring the clock and memclock up pretty high if it did...

Pros: It's a 4850. That means you can play all modern games with great settings and really sit back and bask in the splendor of it all. I'm gaming at 1280x1024 so that means I can really jack settings in everything and framerates are astounding. This is an amazing card for the price. Back in the day, this would be a $300 card, easily. Thanks to ATI's amazing competitive pressure on nvidia, we consumers get to enjoy unprecedented price/performance ratios. This is the card to get! Ultra durable design with solid caps is a nice plus.

Cons: The fan is quite loud. I've connected a spare Zalman Fan Mate 2 I had kicking around and made it silent. It spins enough to keep temps well below stock while being virtually inaudible.

Overall Review: Buy it for the price. Use the rebate to buy a fan controller like the Fan Mate 2 and ramp down the fan RPMs for the best of both worlds: cool AND quiet.