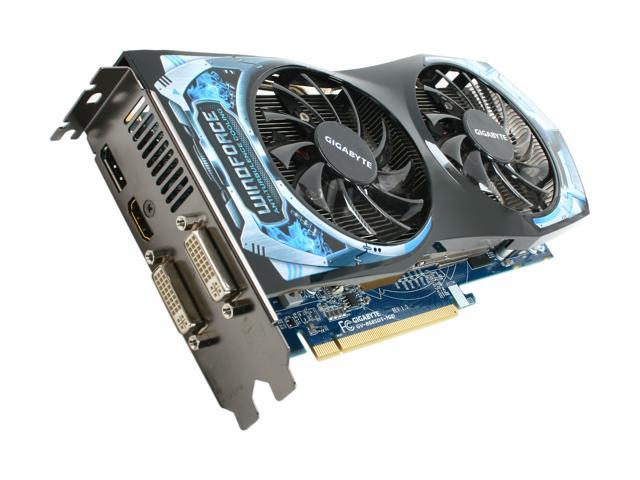 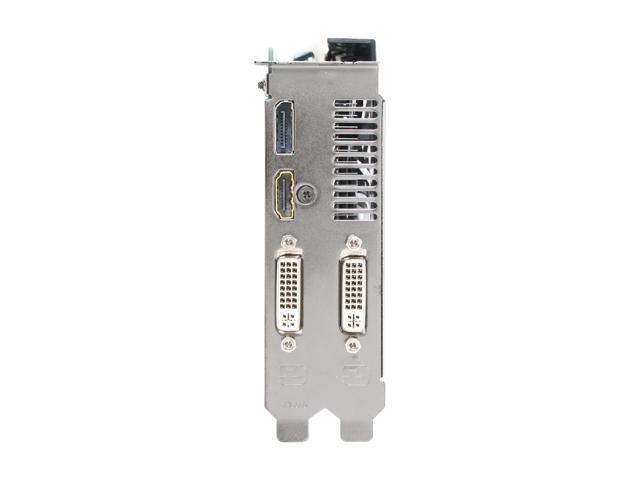 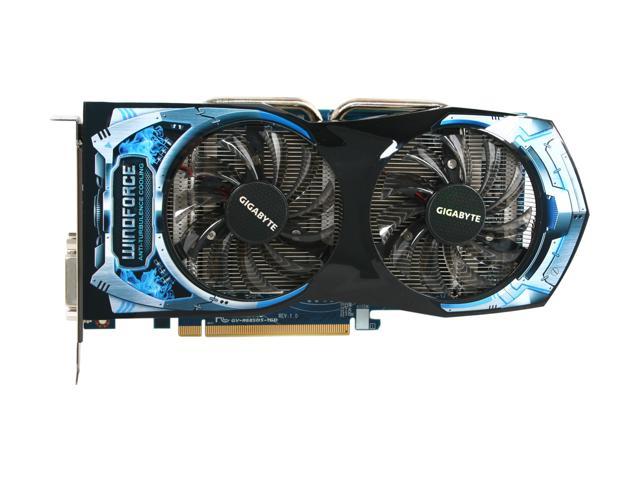 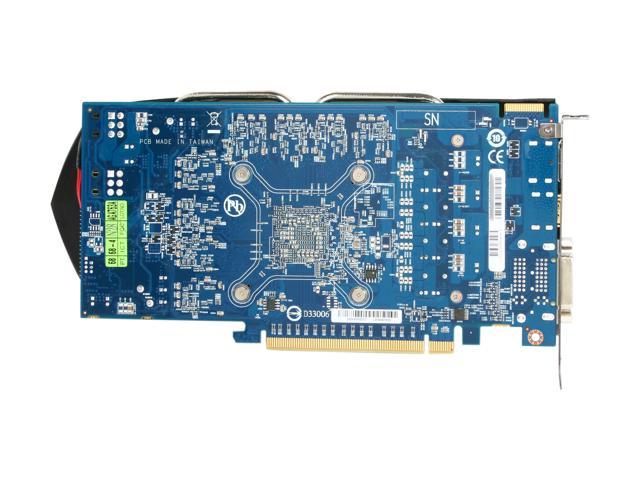 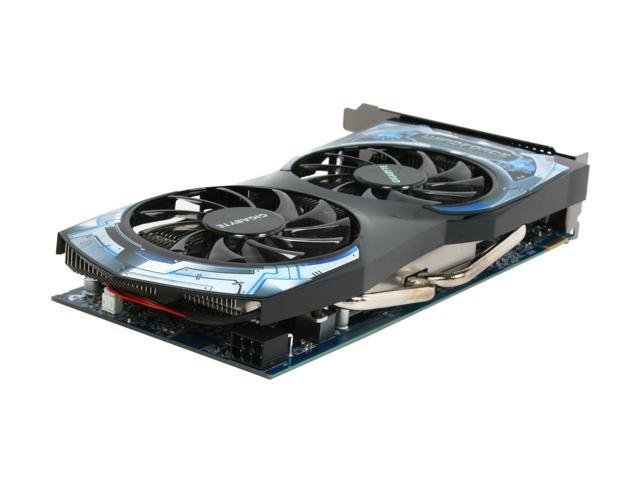 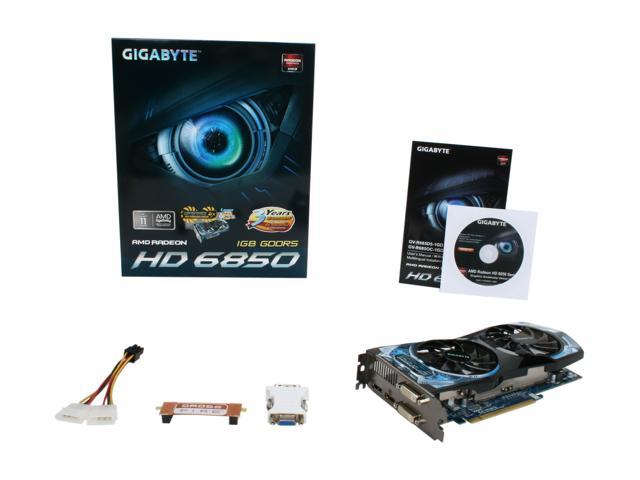 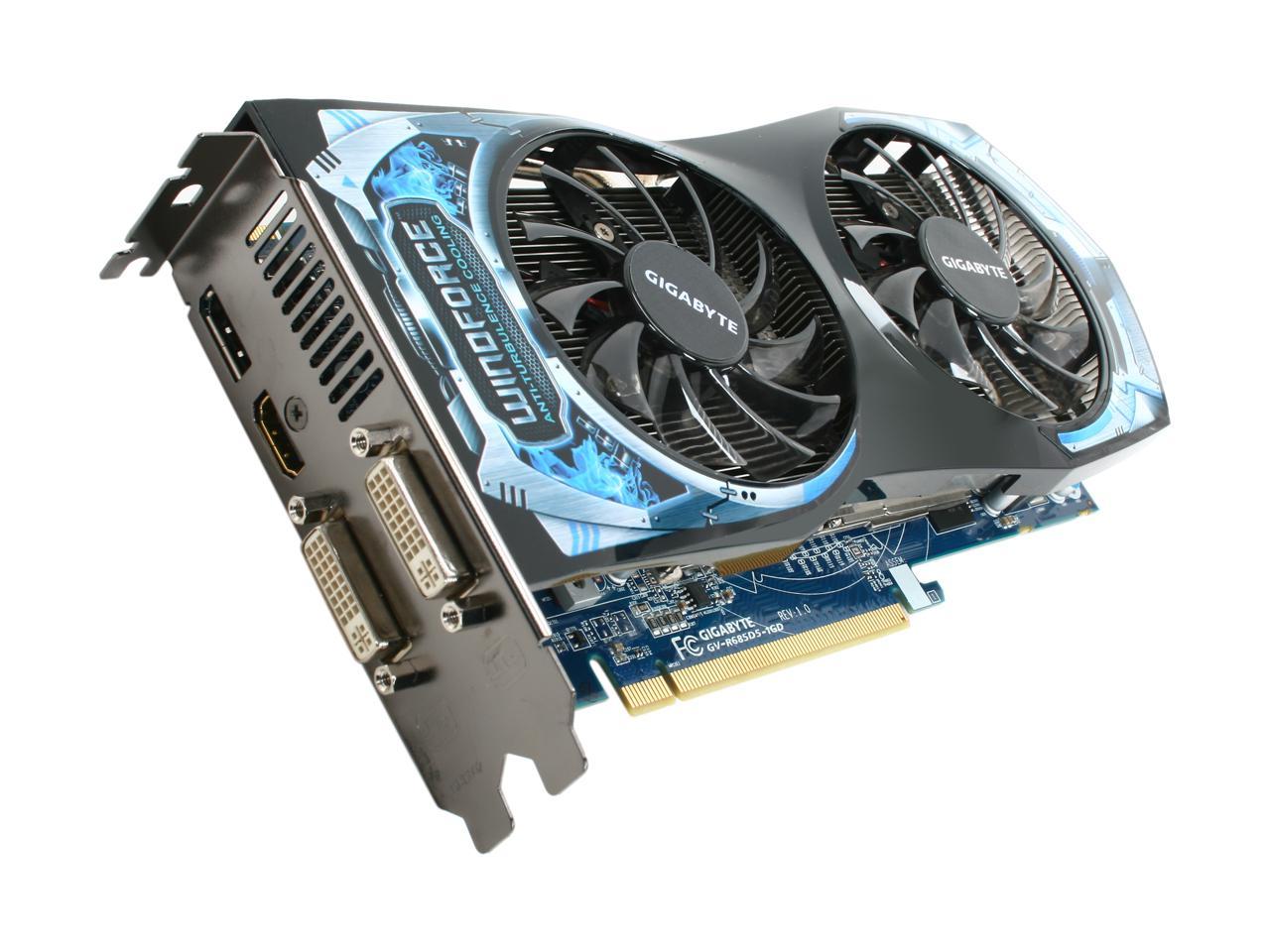 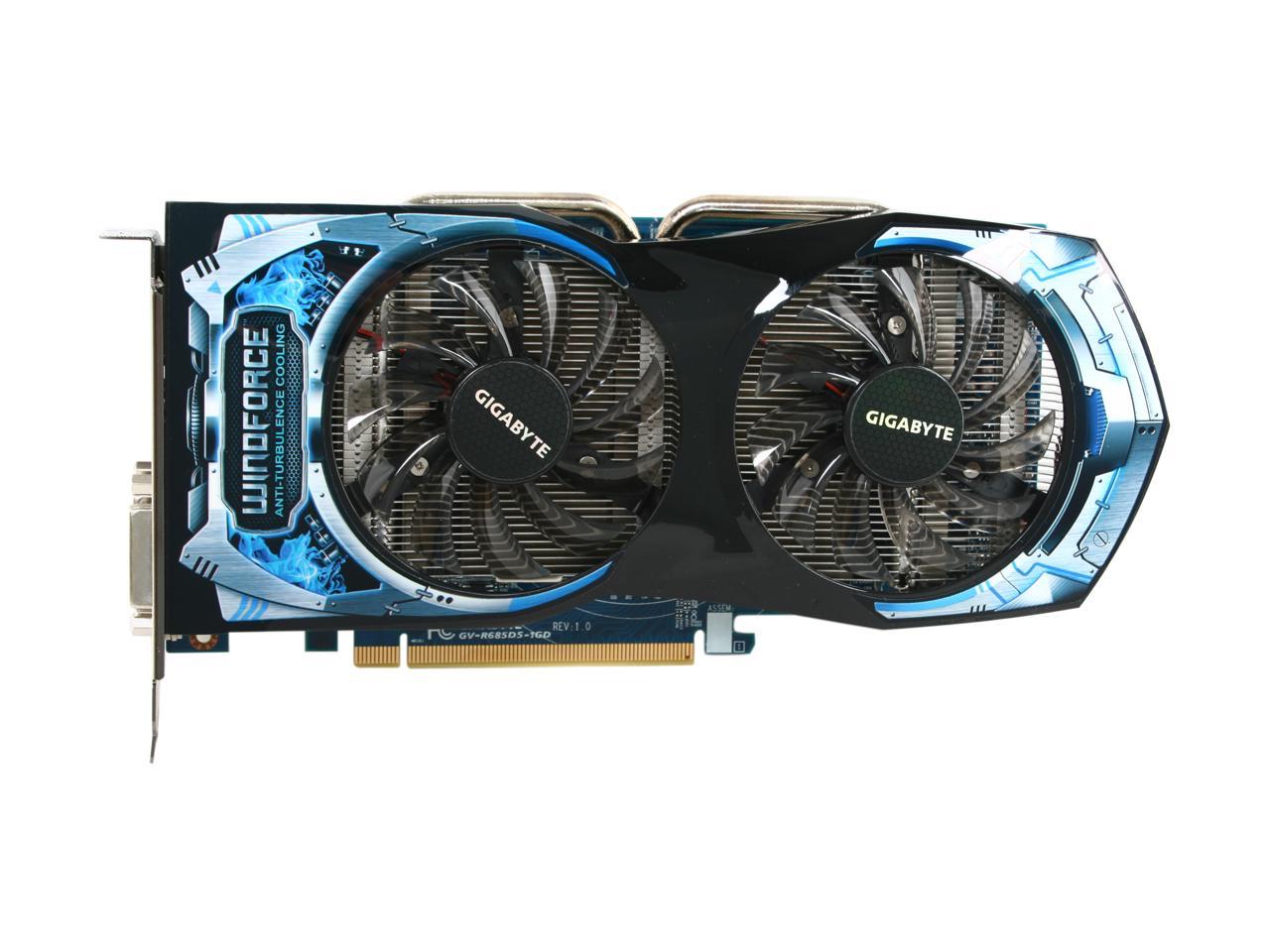 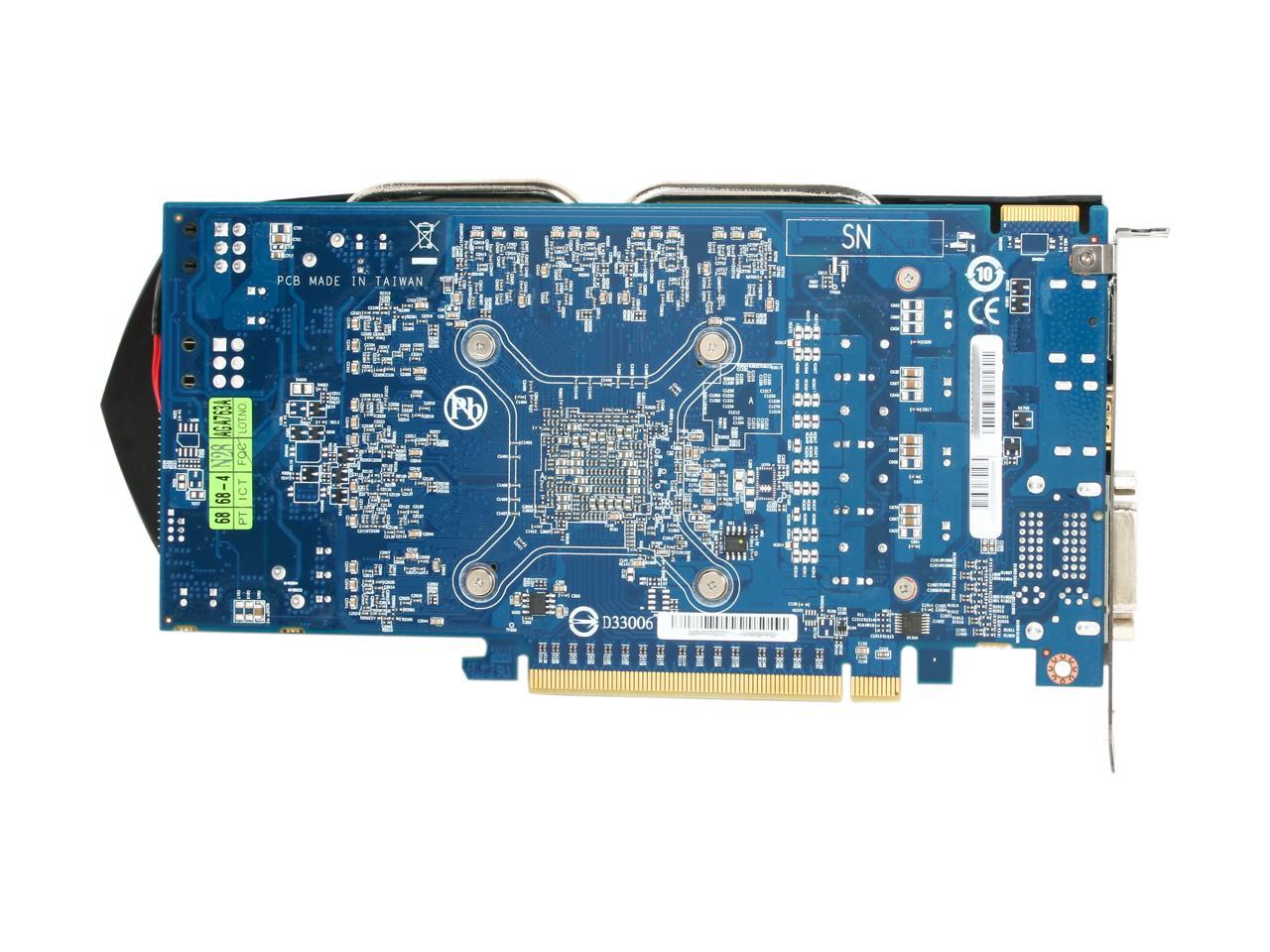 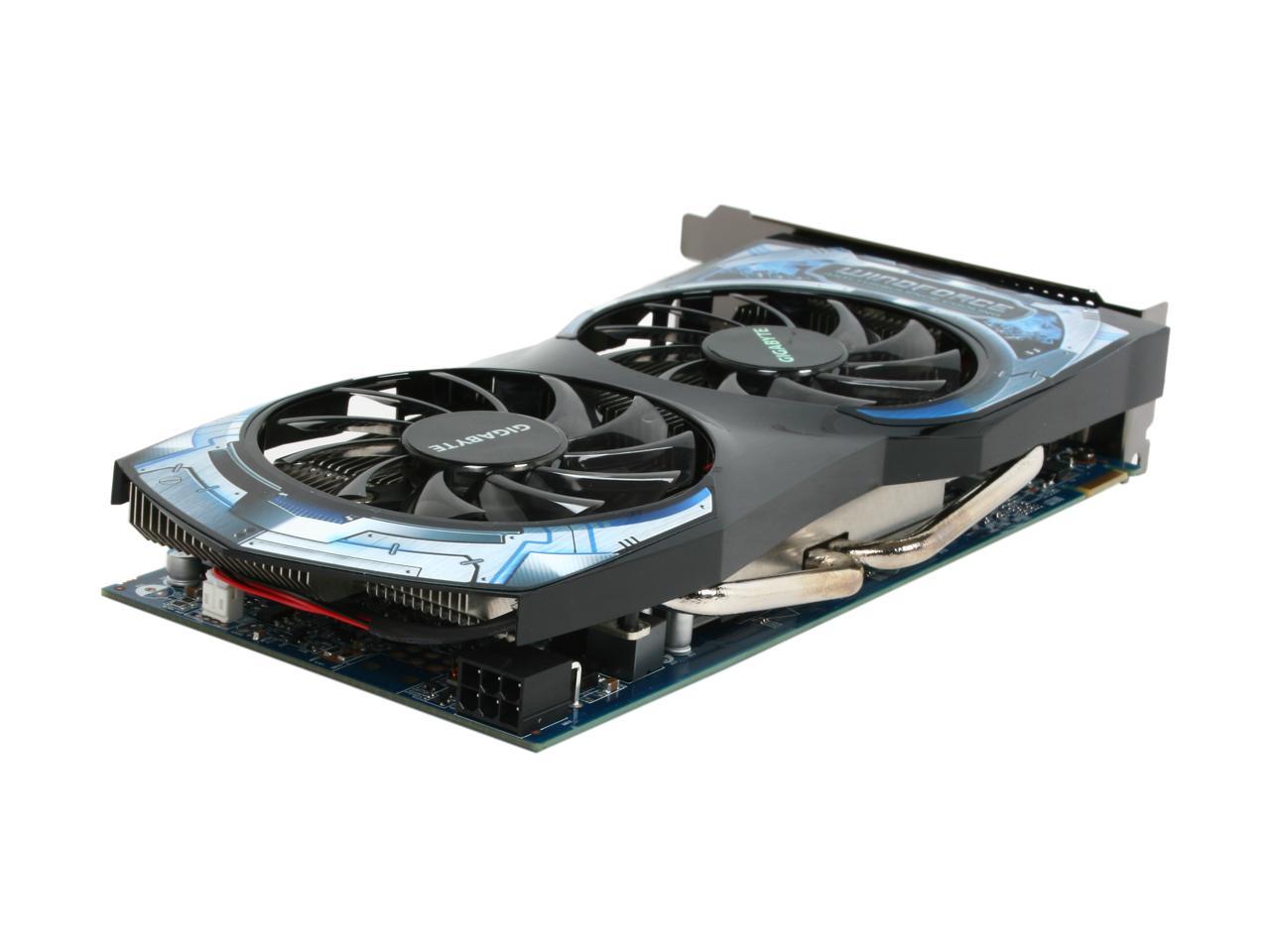 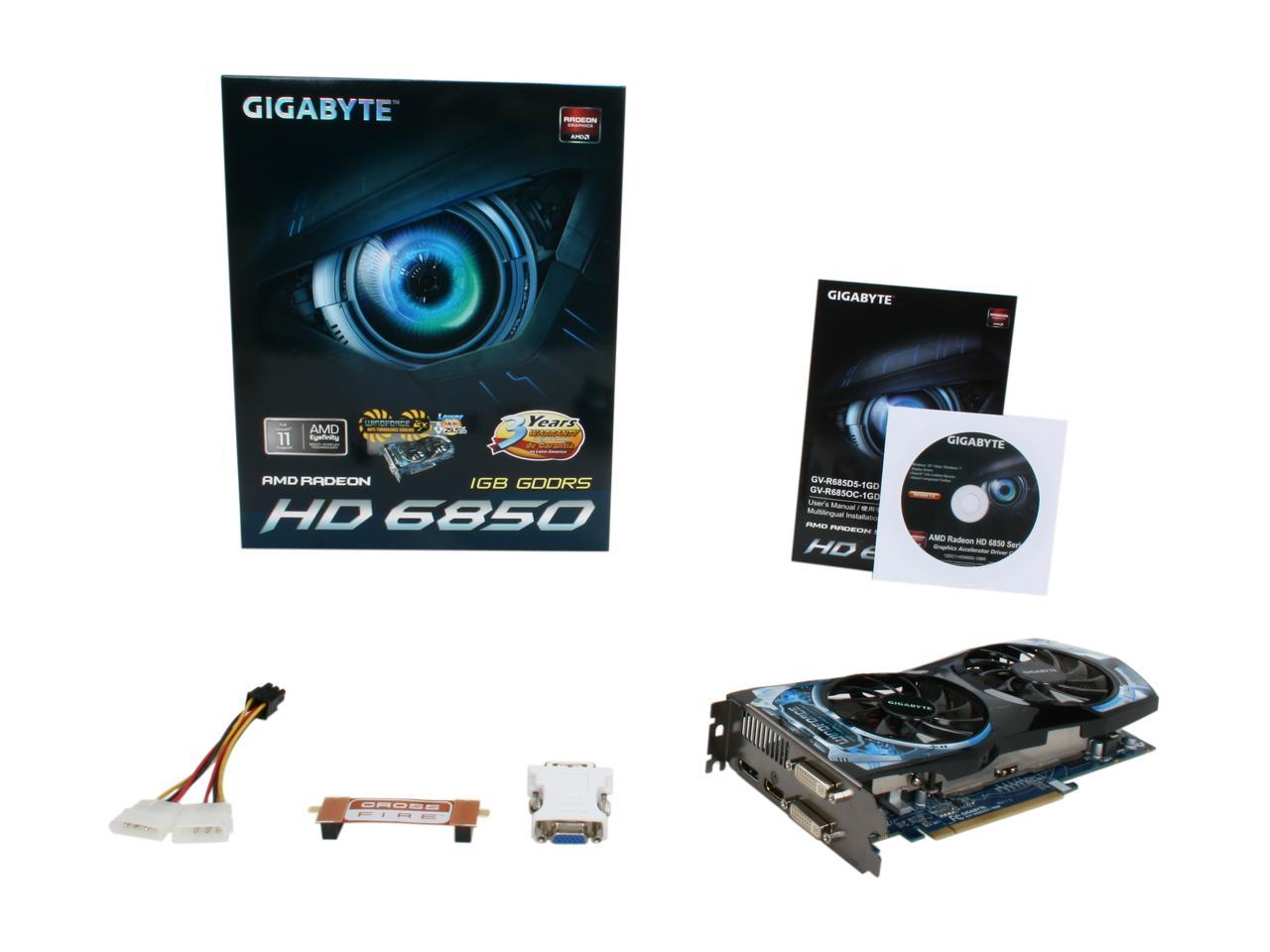 (85) Write a Review
OUT OF STOCK.
Overview
Specs
Reviews
The second generation DirectX 11-capable GPU from AMD has arrived. AMD Redeon HD 6800 Series enables a truly immersive experience with superb performance and flawless image quality for the most demanding gamer. Get immersed in gaming, productivity and entertainment on up to six displays simultaneously with AMD Eyefinity Technology. Speed up applications and enjoy brilliant video with AMD EyeSpeed visual acceleration. And get into the 3rd dimension - the cutting-edge HDMI 1.4a and DisplayPort 1.2 solutions for Stereoscopic 3-D in games, movies and photos with AMD HD3D Technology.
AMD Redeon HD 6800 Series GPU harnesses AMD’s second-generation Microsoft DirectX 11-capable architecture with improved tessellation and geometry performance, enhanced image quality, best-in-class energy efficiency, and an unmatched feature set. With AMD Redeon HD 6800 Series GPUs, you aren’t just playing the game – you’re in it.

Learn more about the GIGABYTE GV-R685D5-1GD

Pros: Quiet. Cool. Overclocks like mad. Great Price. I cant think of one bad aspect of this card.

Pros: Amazing output for an amazing price. Upgraded from a pair of 3870's in crossfire and this blows those away. I was able to max out all of my games at 1920x1200 (except Crysis which I'm still running at high specs) and when I'm ready I can throw another on top in crossfire. I love it.

Cons: Was able to remove an auxiliary power supply that was powering my 2 3870's which left the front slot it occupied open because I can't find my slot cover, guess I'll have to buy a blu-ray drive or control panel or something to fill the slot and it's all your fault HD6850 and NOT my own forgetfulness!

Overall Review: Runs cool and powerful and that's all I need and I'll always have extra slot(s) for crossfire when I want a boost, that's going to get me into major video stats and will last me for a while.

Pros: Excellent midrange card. Paired with an AMD 955 can run everything I can throw at it at the highest settings smoooooooooooth. Significantly quieter than my 4770(see cons).

Cons: Fan does idle around 70% from the onset, this is easily fixed by flashing the the card's bios. Download VGA @BIOS and the card BIOS revision off of Gigabyte's website and you're good to go.

Pros: It worked. 2 fans. Installation went smoothly, hardware and software. Stacks up well against my GTX 460/Intel i7. Great bang for the buck.

Cons: I didn't buy it in the first place.

Overall Review: Something my daughter said that is curious. 'It looks a little better but plays about the same'. I had used a 9800GTX as a temporary replacement until I decided what I was going to do. I am not sure why she didn't notice an improvement. 890FX P2 965. Still running XP Pro, 32 bit. Replaced a PowerColor HD 6850 that kept switching to a higher refresh than my LCD was capable of. This card has had no issues from installation and numerous reboots attempting to create a problem.

Pros: I've had the card for a month now, having upgraded from an ATI 3870 HD. I knew in advance that the card would be fully capable of running TF2, L4D2, Bioshock, and Civ5 without breaking a sweat. What pleasantly surprised me was the lack of noise and heat. This card runs fast and cool; fans are rarely if ever maxed.

Overall Review: My system is optimized more for lower power, heat and noise rather than pure gaming performance. I'm not looking for Silent; just low noise, and I'm not interested in drawing 1000 watts at the wall just to run this PC. If you're looking for similar you can't go wrong.

Pros: Card was very good when I first got it. No need to overclock.

Cons: About a month in random blue screens began to appear. They slowly got worse. Changed some drivers. Still not a fix. Finally bought a new card (Same model, OC edition) No more blue screens.

Overall Review: Going to RMA the old card and then see about setting up crossfire. Gigabyte has been putting out some good products lately. Lets see how their support is.

Pros: -Quiet -Can play most games out right now on High-Max settings -Easily overclockable -Doesn't require a lot of power.

Cons: -Big card, but most graphics cards are these days. You may want to measure your PC case to see if the size will be an issue.