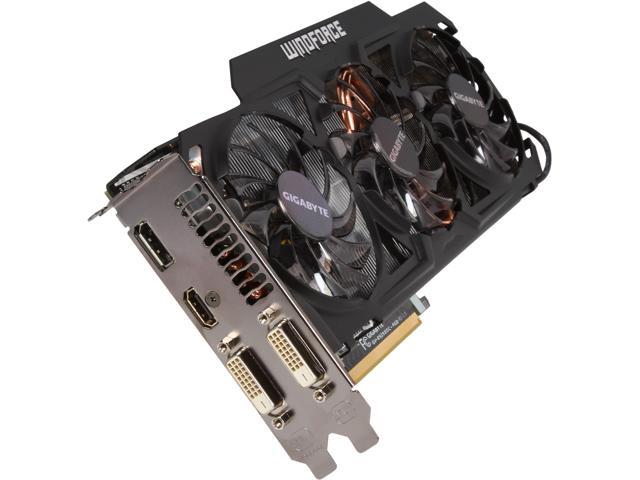 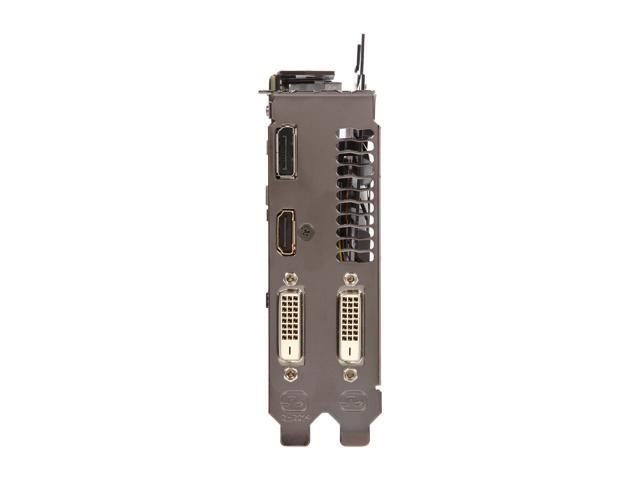 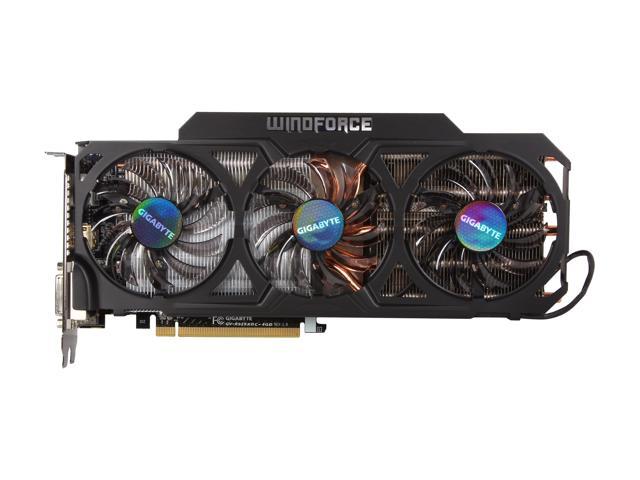 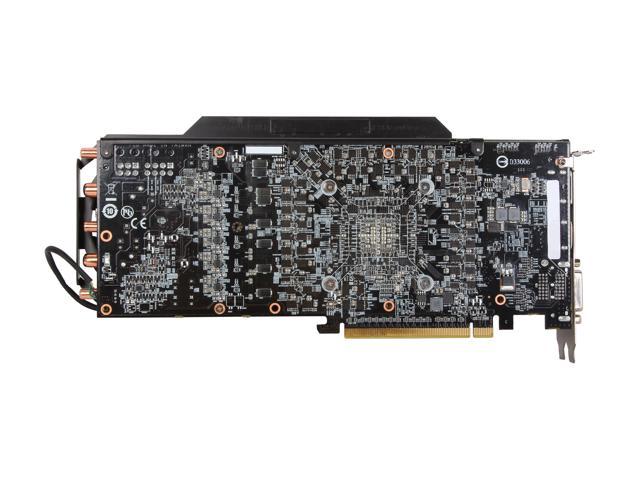 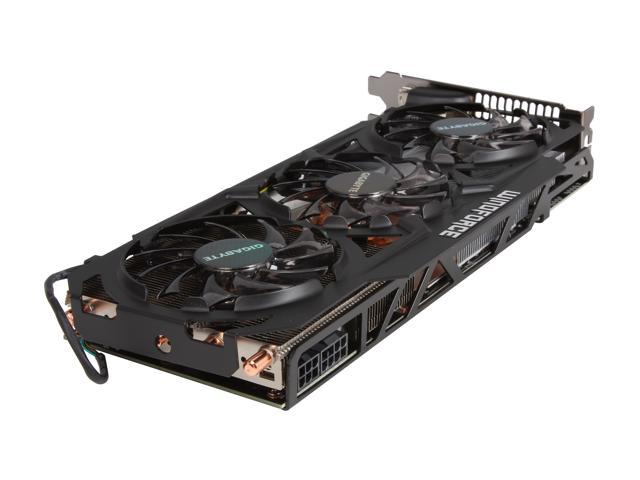 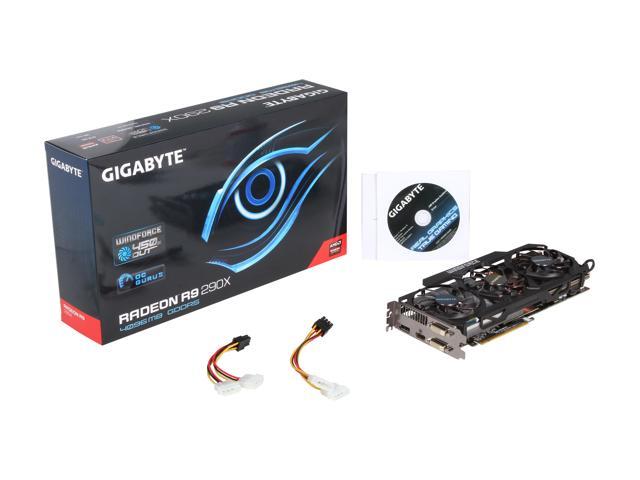 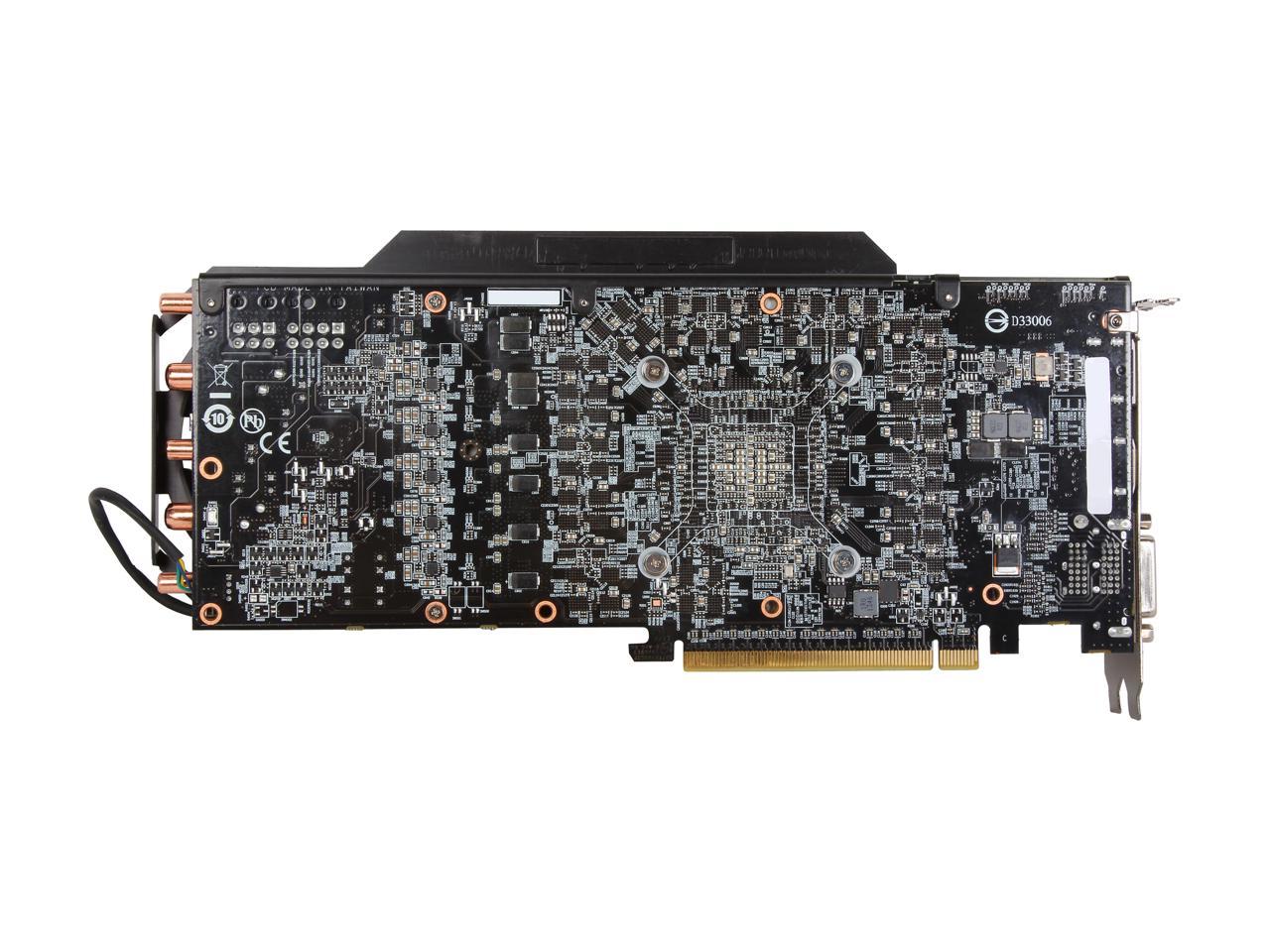 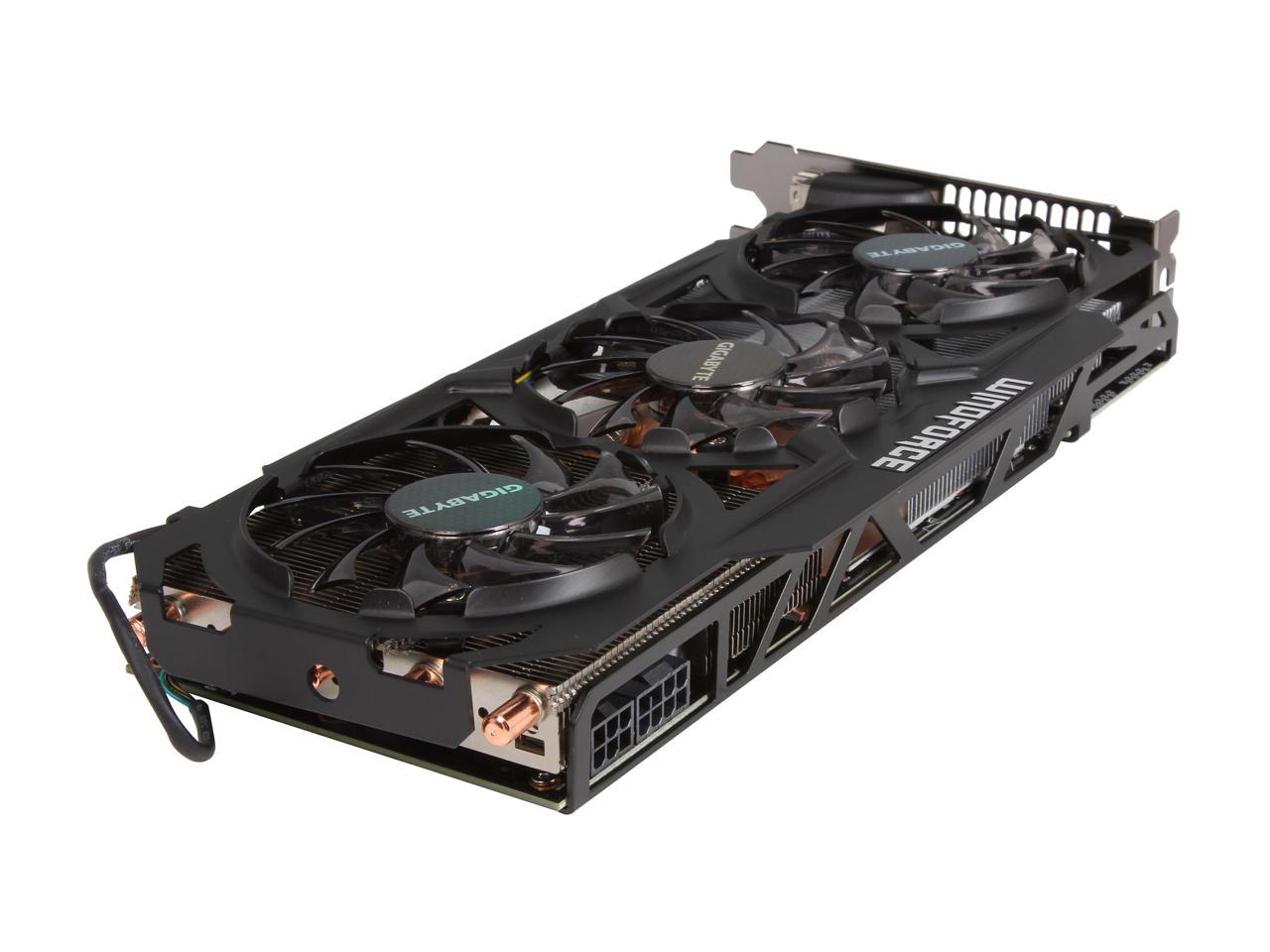 The Radeon R9 290X, the AMD's new flagship GPU, offers the weapon of choice for gamers who demand the best. It's based on the new 28nm Hawaii GPU architecture and introduces the support for DirectX 11.2, capable of rendering reality-redefining imagery in the hottest titles. With a massive number of stream processors and a gigantic 4GB GDDR5 memory, this GPU delivers the performance you need for smooth gameplay at extreme settings. The new CrossFire technology allows you to build a multiple graphics card configuration without the use of interconnect bridges. With Ultra Resolution Gaming you will leave HD in the dust by gaming on displays much, much larger. A rich set of AMD innovative technologies are included, such as App Acceleration, AMD PowerTune, AMD ZeroCore, and AMD HD3D technology. With these technology advancements, you'll get more than one way to elevate your gaming experience.

This model is BIOS overclocked for smoother gameplay, and comes equipped with new WINDFORCE 3X 450W cooling system for reliable cooling even under extreme loading.

Learn more about the GIGABYTE GV-R929XOC-4GD

Pros: This is a great product. Everything that I was looking for.

Cons: I have been shopping at Newegg for many years. Overall, they have been very good. In this case, I was very disappointed with their pricing of the new R9 290 and R9 290X cards. I watched the price of this card for a couple of weeks to see if it would come down to reasonable levels. It never did. I ended up purchasing it from another major retailer for significantly less.

Overall Review: We have all heard that coin mining has affected the availability of the R9 290 and R9 290X cards. I was very disappointed to see Newegg offer mining kits containing 3 or 6 cards when availability was still so low.

Pros: Worked great for a couple of months.

Cons: After about 5 months the screen would startup with streaks and flickering. Sent in an RMA (paid 40$ shipping) and got it back in approximately three weeks. The "fixed" product worked for about a month or so and I am encountering the same problem again. It's quite frustrating.

Overall Review: The graphics card worked really great for the time it did work, however, I am extremely disappointed in the longevity of the card and the service. If it were fixed, or replaced properly I would not have encountered the same issue a month later.

2 out of 2 people found this review helpful. Did you?
Manufacturer Response:
Dear Customer, Thank you for your comments. We apologize for your difficulty with your GIGABYTE product. Please contact us at newegg-support@gigabyteusa.com with the case number 124427 in the e-mail subject line. We will provide personalized service and analysis to help solve your issue ASAP. If the matter is urgent, please send us your contact number, and we will contact you. GIGABYTE VIP Support Team
Alec A.
Ownership: 1 day to 1 week
Verified Owner
Silent But Deadly9/2/2014 11:13:01 AM

Pros: So this card isn't totally silent, although compared to the reference you could say it is. Gigabyte brands model is very quiet even under stress. I only put my rig together about a week ago, but with that in mind so far all is well. Other people are reporting blue screening and driver issues, I have had no problems whatsoever so far. The card performs beautifully and slays games. I'm playing Metro Redux currently and with all the settings cranked (Anti-aliasing only at 2x) it stays at 60fps most of the time. Gigabyte mounted their card with three large fans that really help keep the card at a decent temperature. At idle mine sits around 39 celsius and under loads it can go up to the low 70s. I'd definitely recommend this card to an enthusiast such as myself! Oh and newegg as always was helpful, punctual and efficient.

Cons: None currently at this time.

Cons: Gets pretty hot, takes a while to cool down, and driver support is iffy, no fault of Gigabyte though

Overall Review: Pretty good card. I've been very happy with it overall. It does get kind of hot so make sure you have a case with good airflow. I've not had any of the issues many of the reviews mention. It's been a solid card for me.

Pros: Worked great while it lasted.

Cons: Card worked great for a year, and then I had to deal with Gigabyte RMA. The card worked great from January 2015 until April 2016 when it completely broke. It suddenly stopped being able to boot. I could only boot into safe mode and without any drivers installed. I could boot into Windows normally (safe mode worked) after completely uninstalling drivers, but installing any drivers would resulting into booting into a black screen. I RMAed the card, and got it back slightly better. I could boot into Windows without safe mode, but starting any 3D application would crash, so I RMAed the card again. I shipped the card back in its original box/sleeve that I purchased it in, and received it back with just the box. I wish I had gotten it back with the sleeve as it had several serial numbers and bar codes on it, plus it just looked nice. After the second RMA, it was back to the original issue. The card could only boot with safe mode, or without any drivers installed. Booting with any version of drivers installed would result in a black screen, only in safe mode could I get to my desktop. It;s September, my card has not worked since April. After two RMAs, I'm done with Gigabyte.

Overall Review: Would not recommend any Gigabyte products. Will stick to Sapphire / MSI in the future.

Pros: - Runs ~4-10°C cooler than my stock 290X cards - Overall higher overclock and power options than a stock 290X - Remarkably, at even 70% fan speed this card is still barely audible compared to similar cards that sound like leaf blowers - Gigabyte makes very good components in general, I trust them - Fans are still silent, still optimal after gaming for thousands of hours for over 10 months, system is powered on 90% of the time - These cards are beasts and will power all your Ultra settings in games for at least the majority of 2015 if not longer

Cons: - The "fin" on the heatsink is unnecessary and cannot be seen when the card is installed in a bottom-PSU case - What happened to backplates on high-end cards? I miss them. - Price in early 2014 was ridiculous because of fad coin mining - Gigabyte software needs a LOT of work

Overall Review: I am very happy with the fleet of 290X cards I bought in 2013/2014. I have two stock cards from XFX and Sapphire and this Gigabyte does outperform both in clocks and cooling. It is startlingly quieter than any card I've ever owned. I've recently been throwing insane shader and mod stuff at it to see if I could get it to hiccup in Skyrim, and I've barely scratched the FPS cap running at 144hz. For the first time in years I've not had to worry about buying a card that wouldn't be able to max out later generation games. This card got me through Battlefield 4, Far Cry 4, Shadows of Mordor, never once needing to rethink Ultra settings or AA quality. I have been running 1080p but I believe only the most demanding next-gen games could really put a dent in this card's performance at higher resolutions. Average scrypt mining was ~1.3m but I stopped doing that a long time ago. No idea what it would net in the last 6 months. It was my fault for poking around in my PC with the fans going, but do be careful as the blades are longer and

Pros: The most powerful single GPU AMD has shipped so far. Great non-reference cooler design makes it run cool for the R9 290x. Plays "Middle Earth Shadow of Mordor" fully maxed out with no problems.

Cons: Hot. I knew this going in, so I'm not surprised, and with the performance, it hardly counts.

Overall Review: This is a vast upgrade from an R7 260x, which was causing me to drop frame rates when settings were cranked to even close to "high" so I wanted to have a powerhouse GPU, and to stay as far away from Nvidia's nasty drivers as possible. Therefore, this GPU was the only logical choice. Glad I bought it. 5/5. Would HIGHLY recommend to anyone interested in a high-class Radeon GPU.

Cons: -Aesthetics. Has an unusual "tab" with the windforce logo. ( not an issue as you can't even see it once it's installed) -Operates on the warmer side (may heat up some rooms, or make some cooling enthusiasts a little nervous)