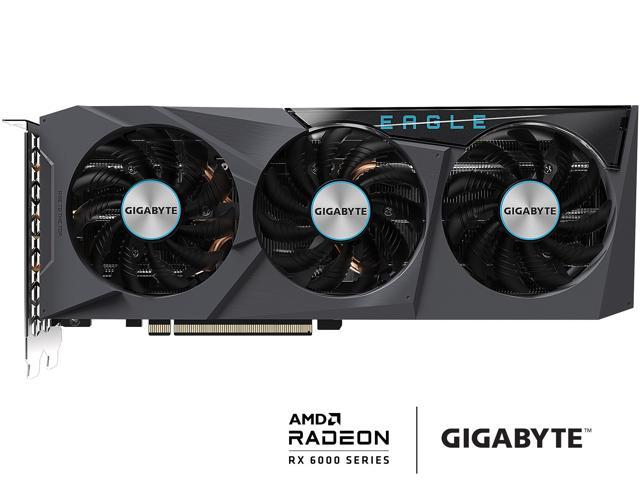 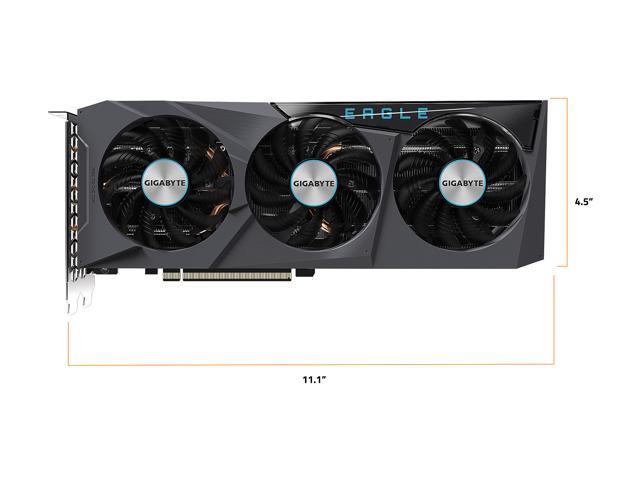 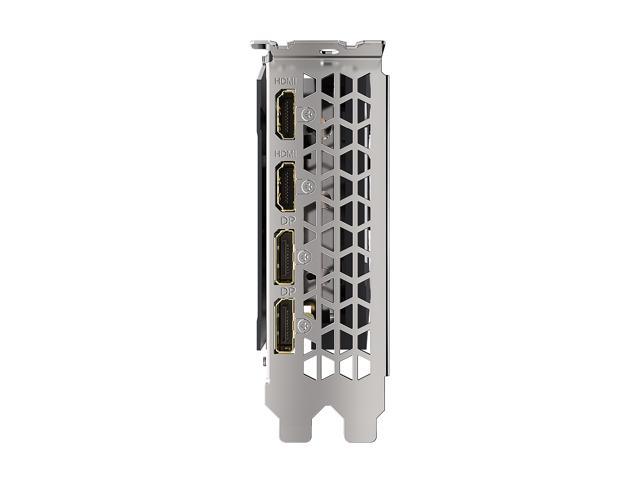 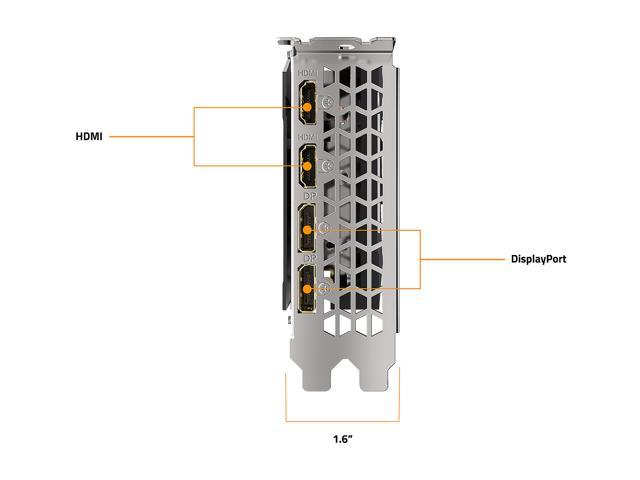 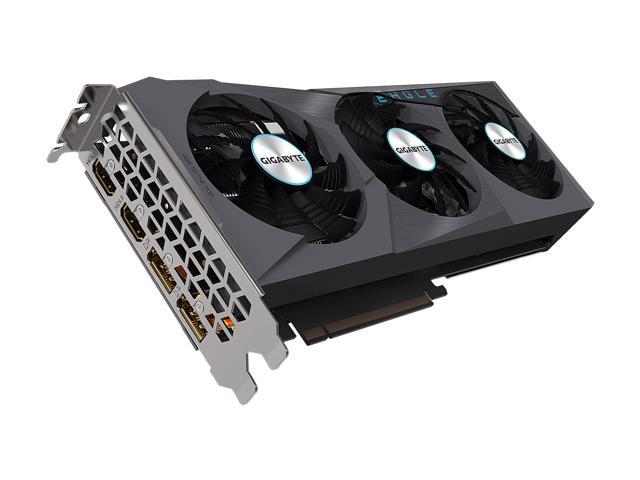 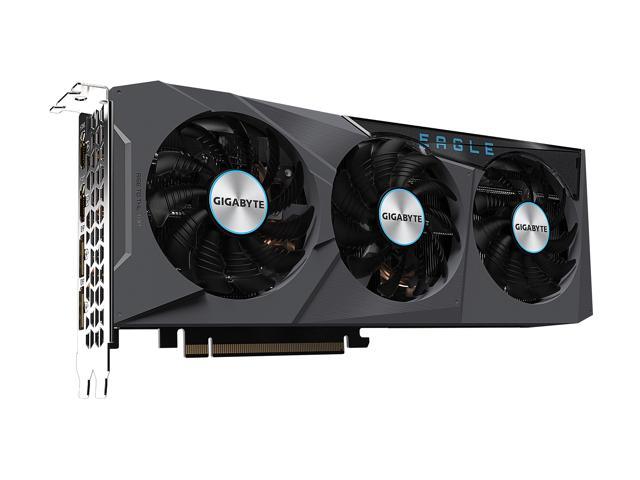 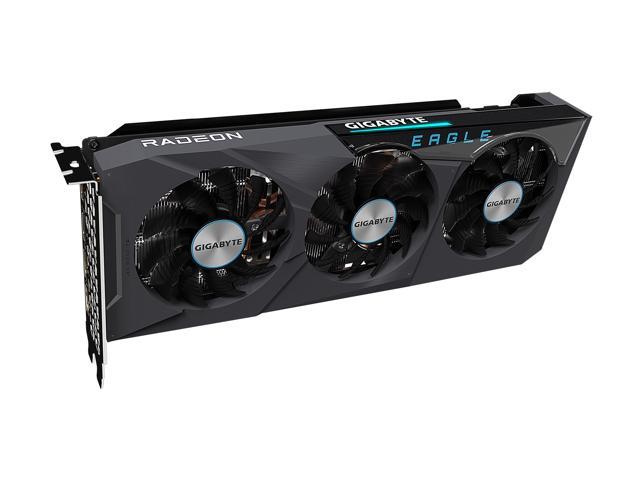 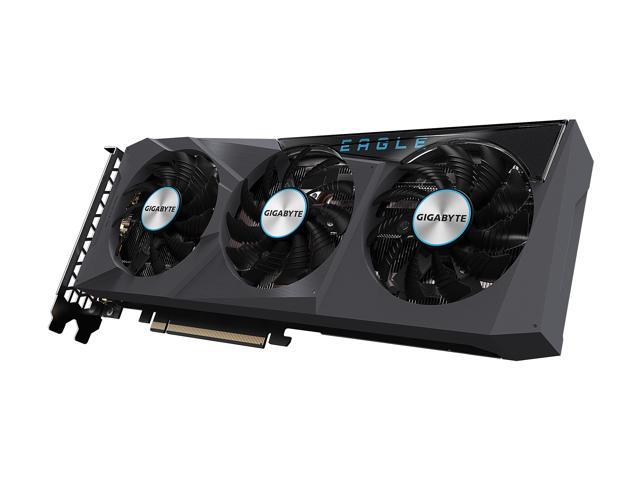 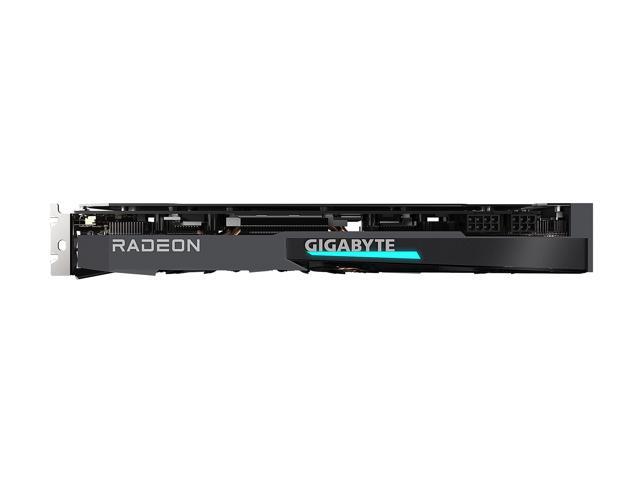 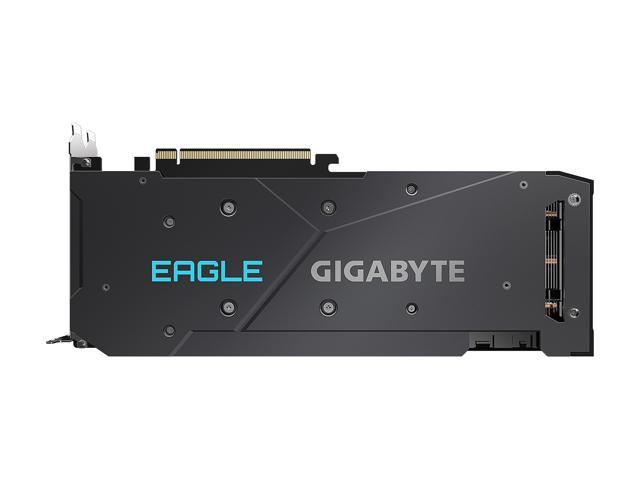 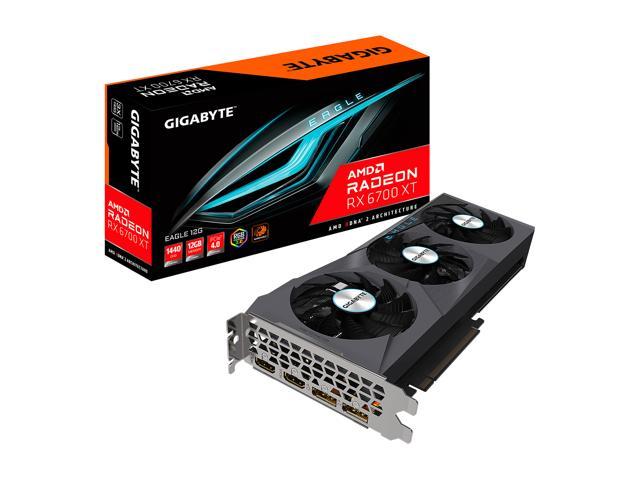 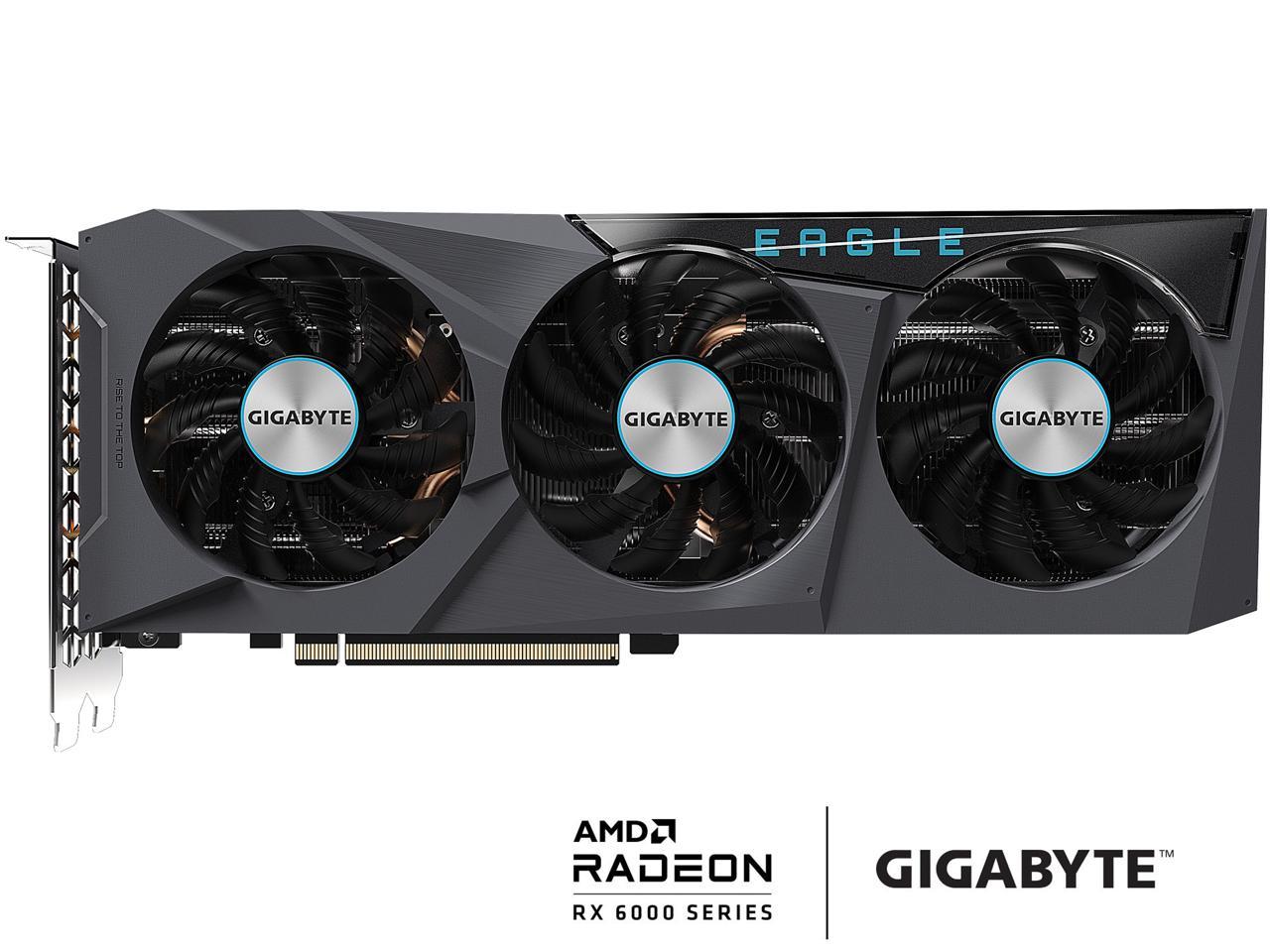 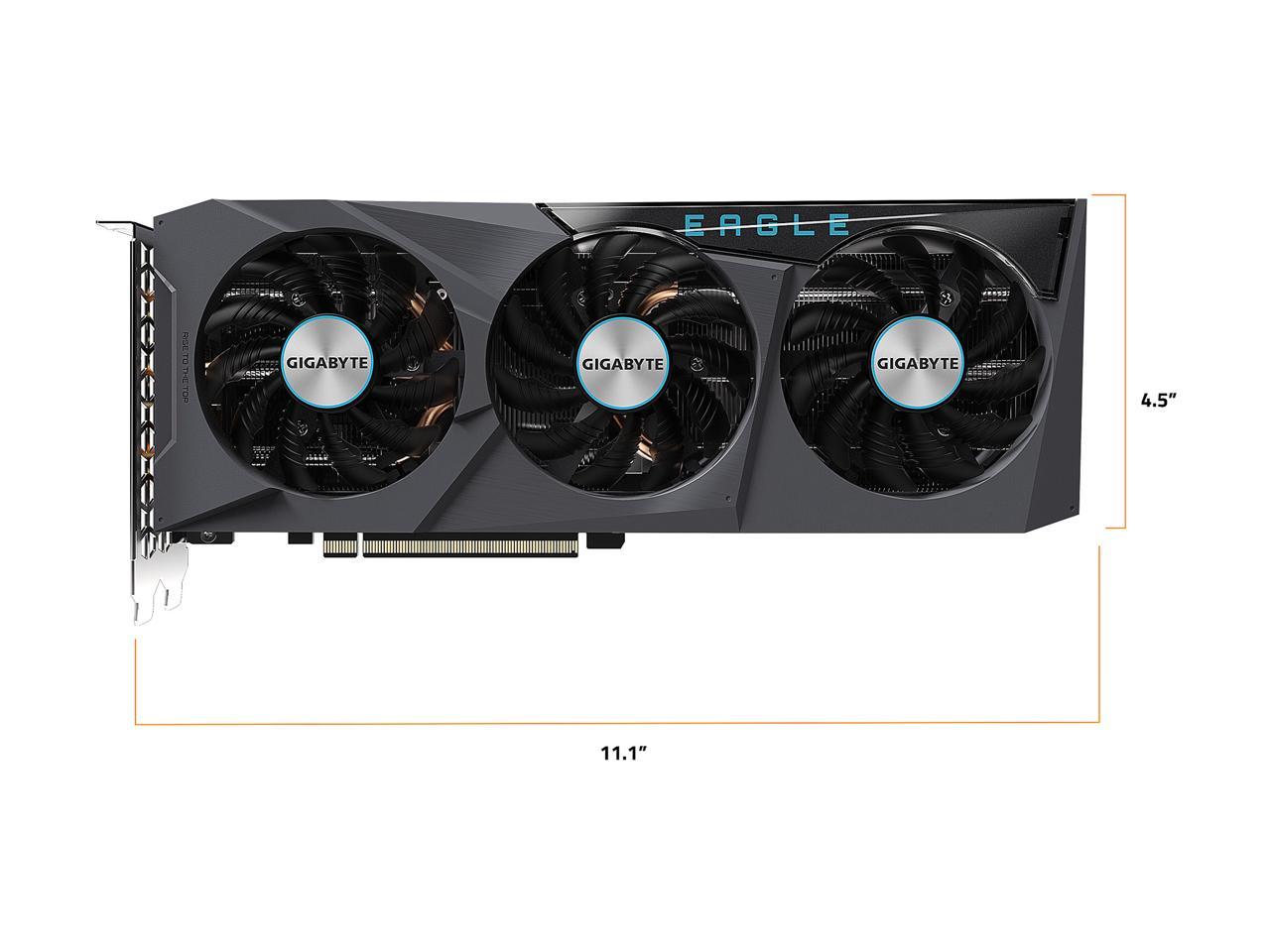 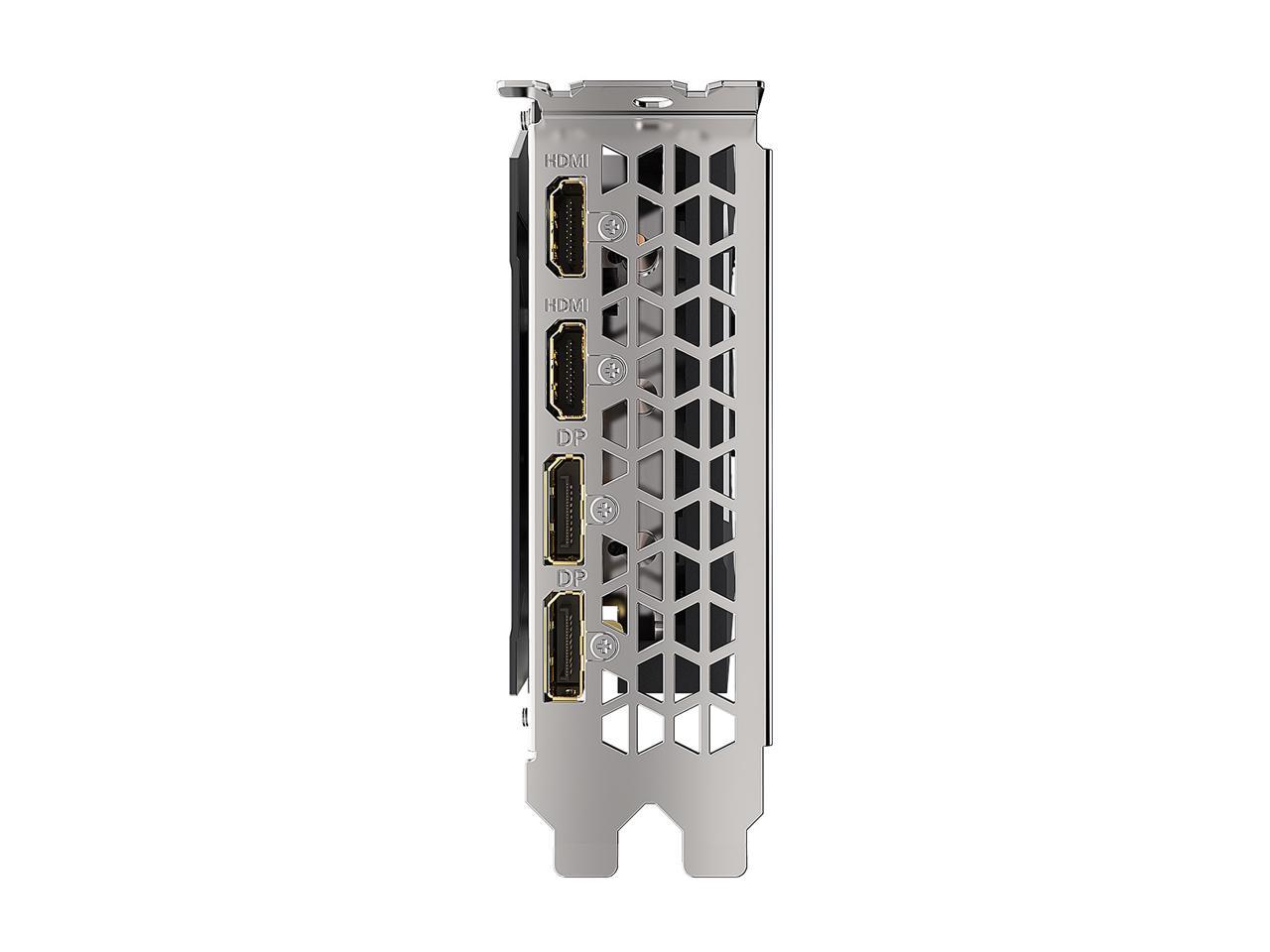 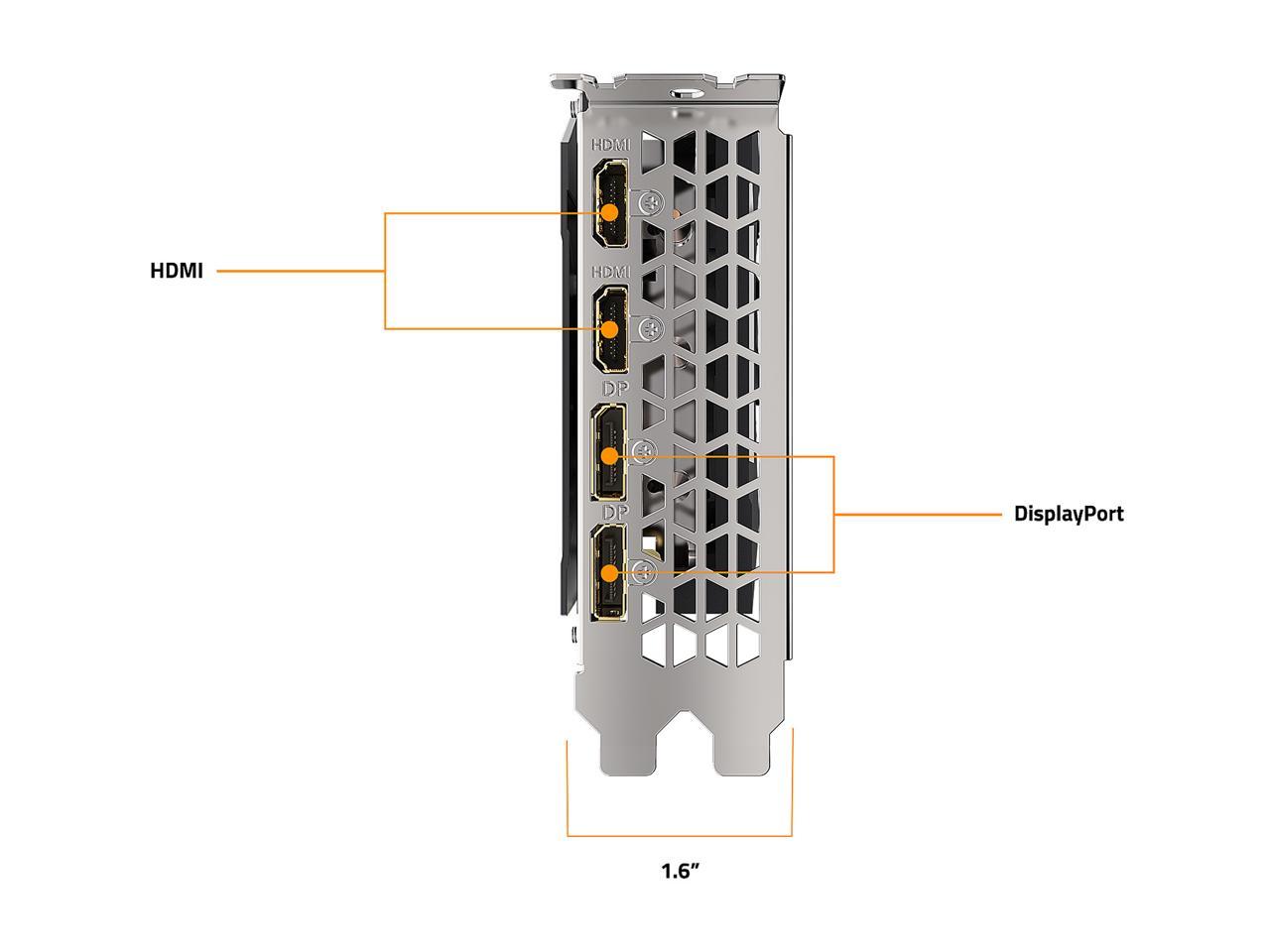 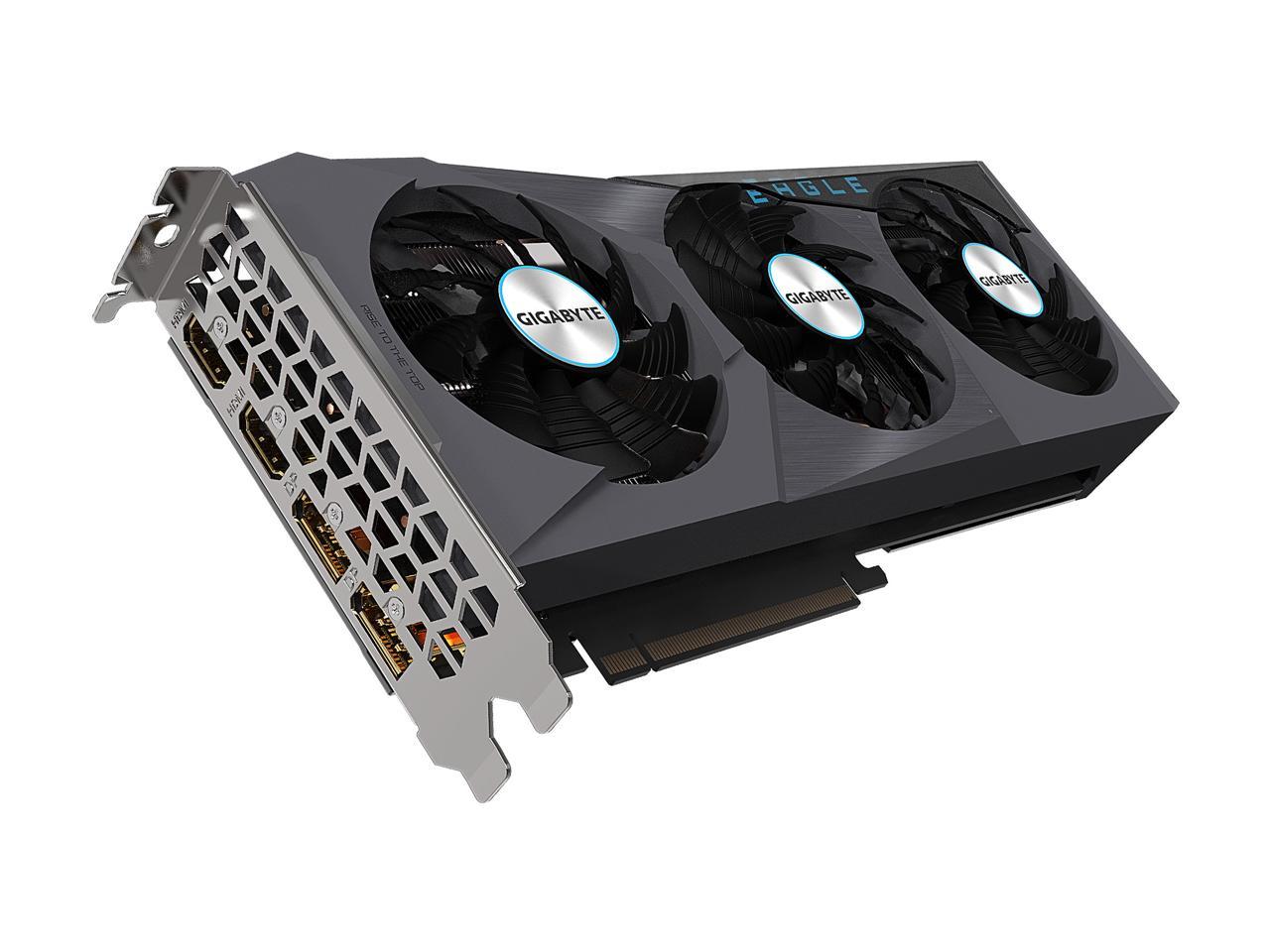 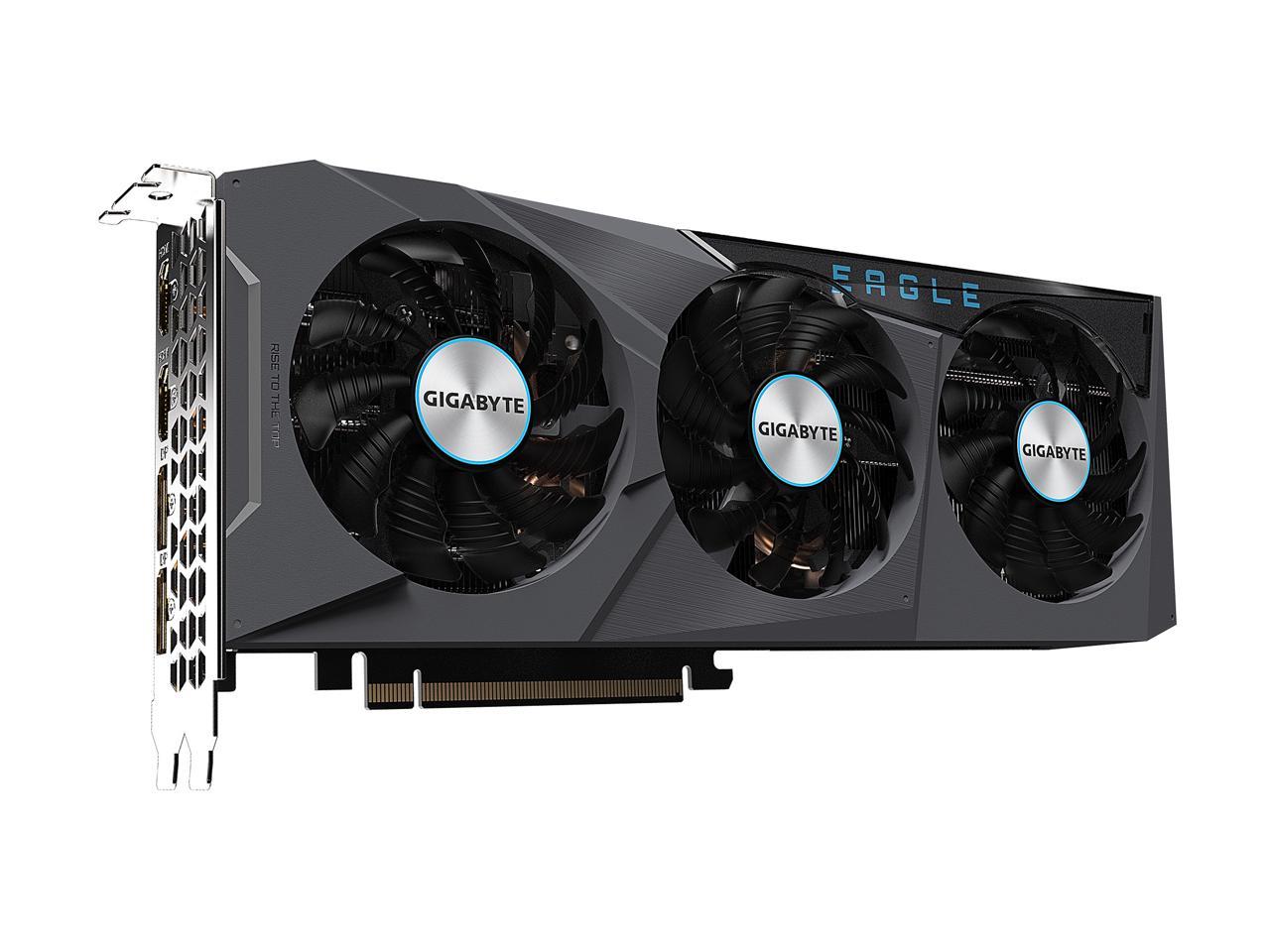 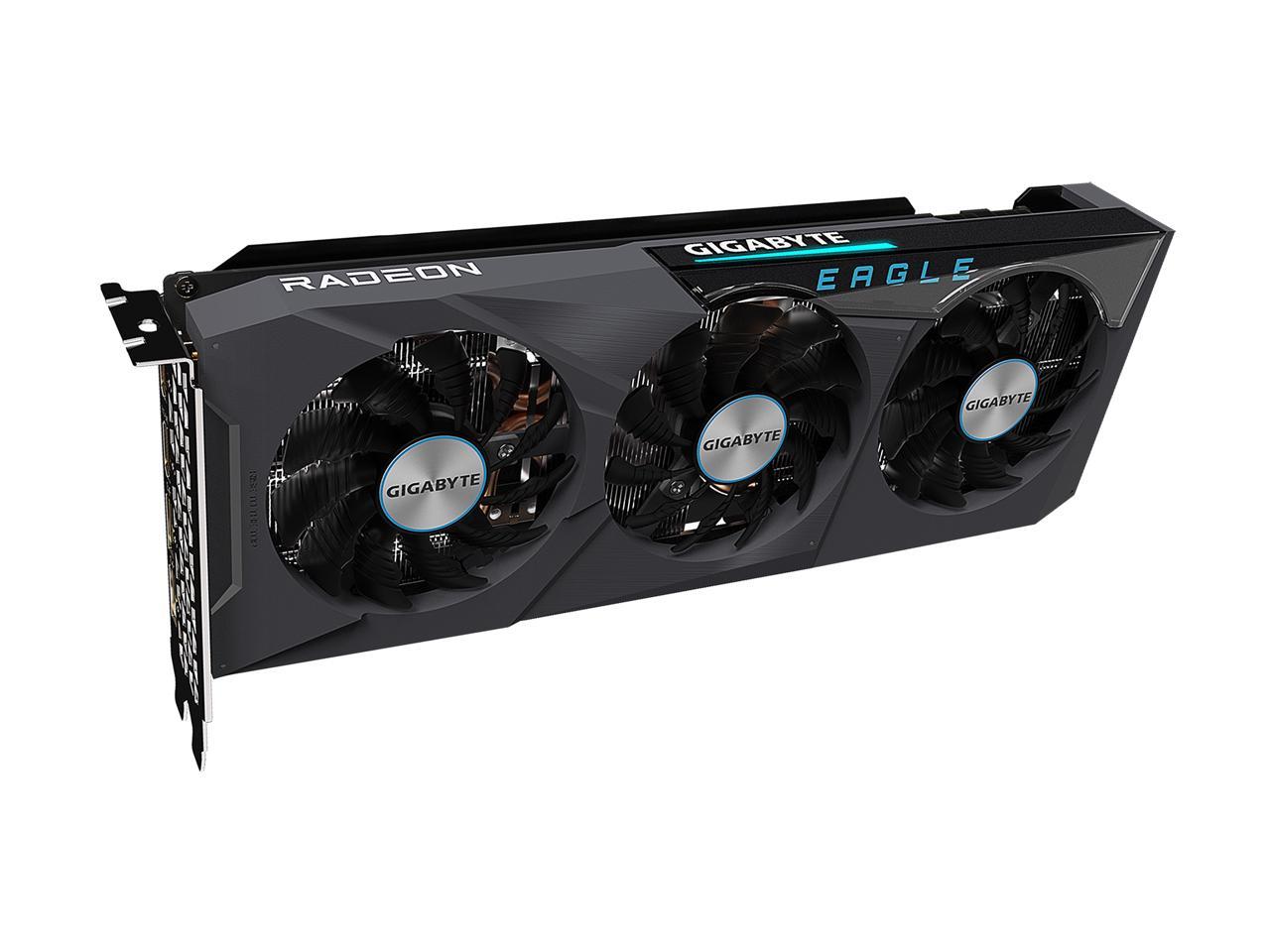 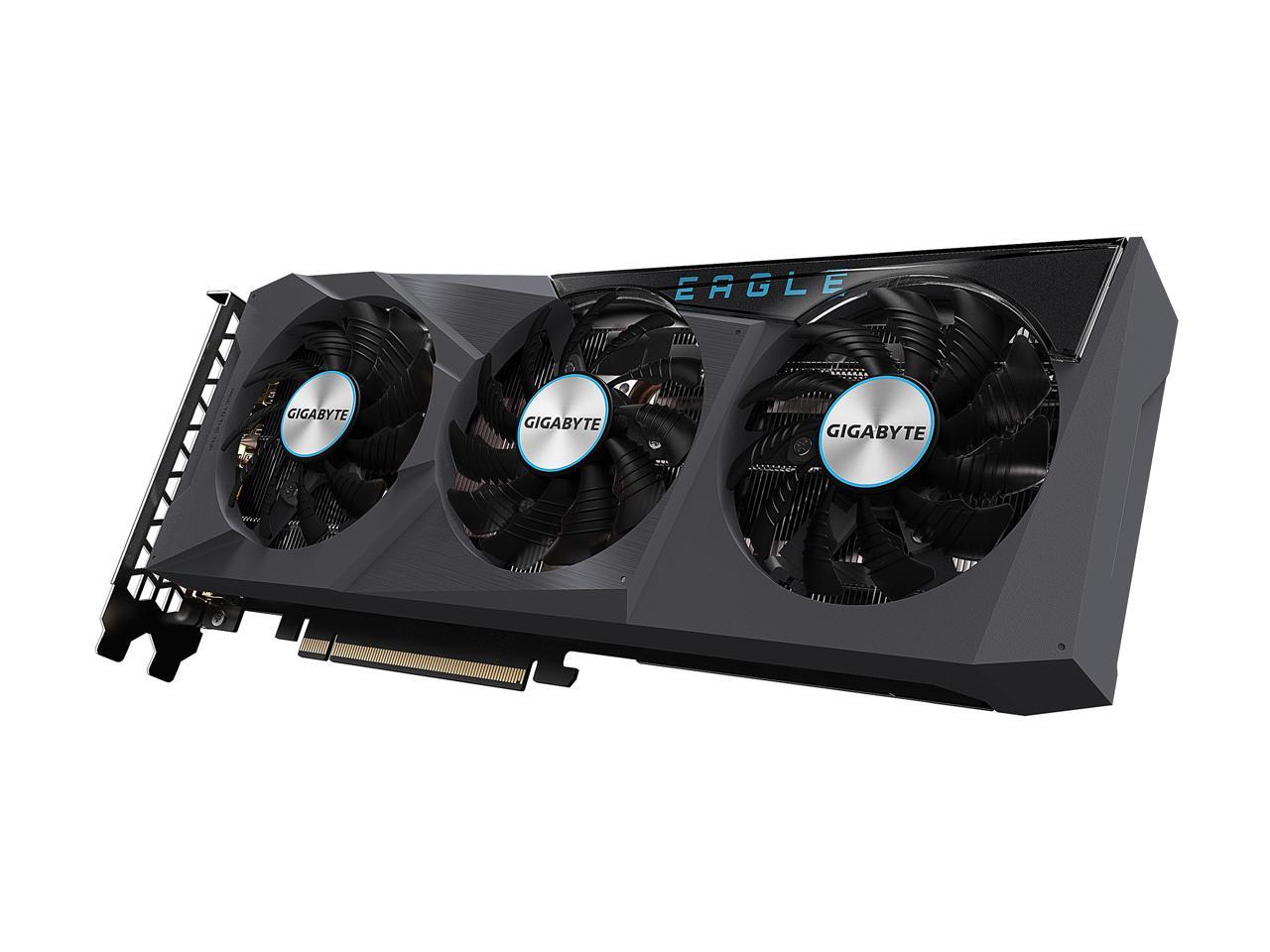 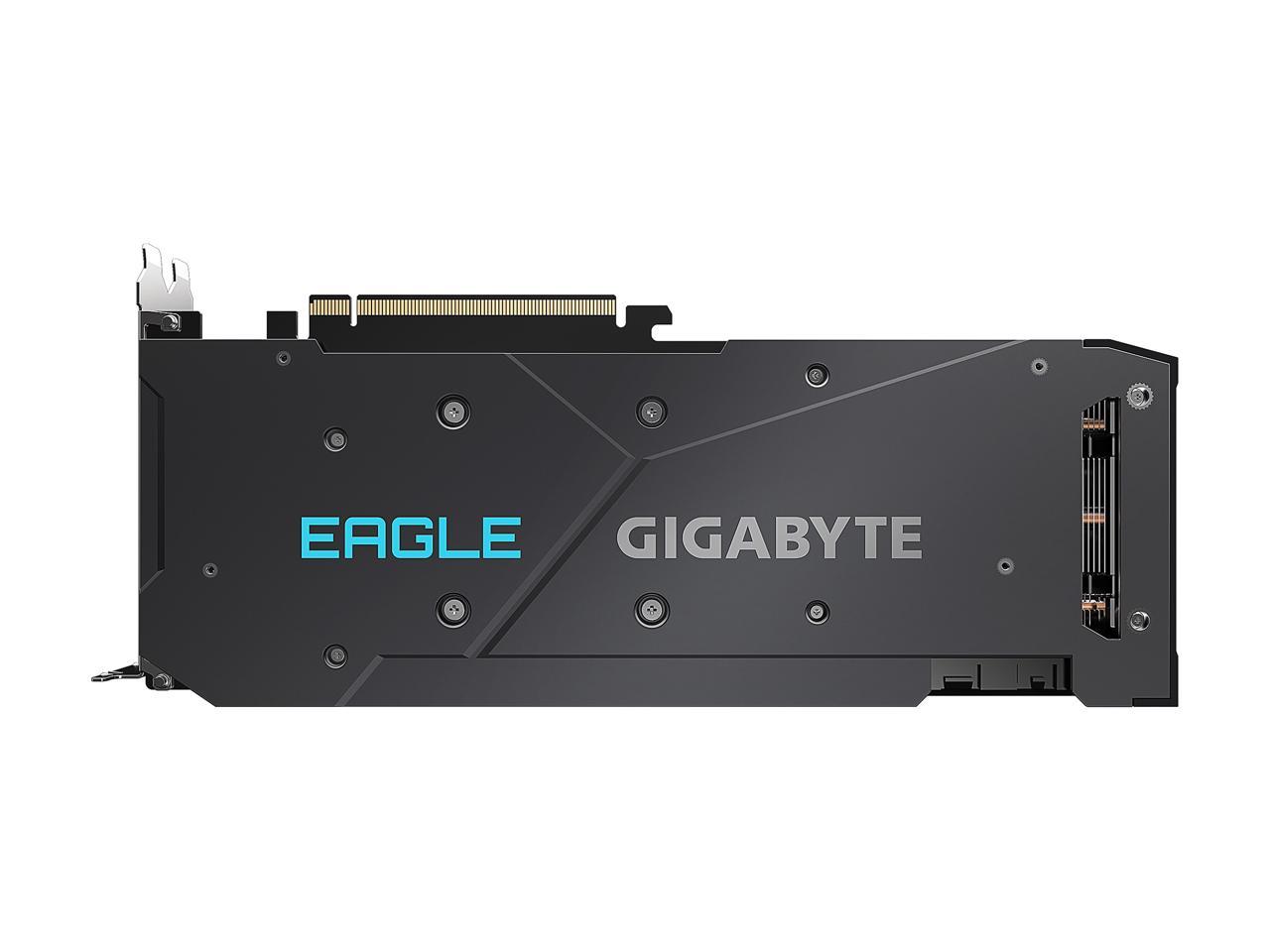 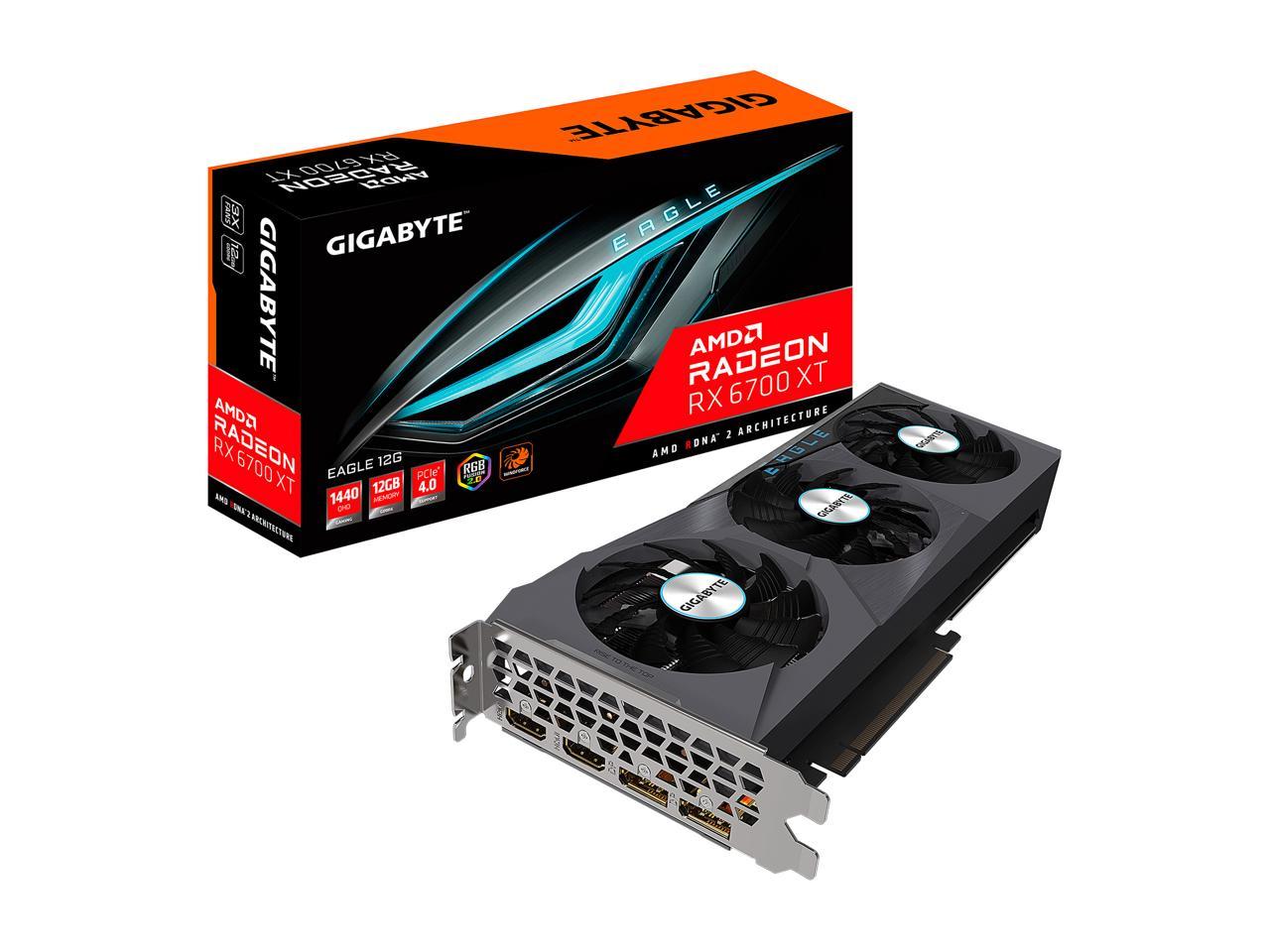 Learn more about the GIGABYTE GV-R67XTEAGLE-12GD

Pros: - AMD Smart Access Memory (Resizeable Bar) if paired with a 5000 series processor. - The triple-fan design on this card keeps it extremely cool even under full load. - Runs at 1440p with a frame rate that is at least 60 FPS in most games I have tested it with. (My card is paired with a Free-Sync Monitor, so your performance with non-Free-Sync, A-Sync, or G-Sync monitors may vary from my results).

Cons: - No technical cons that I've seen so far. - It's a bit overpriced for what you are getting compared to price per performance of the rx 6800 xt and comparable NVIDIA cards. Particularly it has 20 less compute cores than the rx 6800 xt, though AMD's raytracing hardware is still young so I doubt this matters much to those who are going to go with AMD anyways. - It has no Tensor Cores and no real equivalent of the DLSS technology that NVIDIA employs. I don't particularly consider this too big of a drawback personally as it has the frame rate performances that are adequate for 1440p gaming. However, it is unfortunate as an independent software developer interested in developing AI applications. This is a bit of a Niche con and not too important to average consumers of this product.

Overall Review: I upgraded to this card from a Vega 64. It has shown a massive increase in performance, which is expected. The biggest thing is that this is the first card I've owned which has decent frame rates at 1440p on a lot of games. Mine is paired with AMD's 5800x processor so I get to take advantage of the Smart Access Memory technology (Make sure to turn on Resizeable Bar in the Bios). I turned it on and the advertised performance increases are there, they say 3% to 7% but I have seen up to 10% performance increase in some games, though less in others.

Overall Review: Screen goes blank while installing drivers, and stays blank. No signal to monitor. Tried all possible solutions I could find. Disable secure boot, legacy boot instead of UEFI, new install of Windows 10, DDU to remove drivers and try again. And I cannot connect to Gigabyte's website for some reason to look up support.

1 out of 1 people found this review helpful. Did you?
Manufacturer Response:
Dear Customer, Thank you for your comments. We apologize for your difficulty with your GIGABYTE product. Please contact GIGABYTE RMA department for further assistance about graphic card warranty service by phone at 1-626-854-9338 opt. 4 Monday through Friday from 08:30 ~ 17:30 PST. GIGABYTE VIP Support Team
Donald C.
Ownership: 1 week to 1 month
Verified Owner
Solid GPU5/9/2021 6:19:37 PM

Cons: Minor (would have been nice to had addressable RGB fans)

Overall Review: Its a shame it has to be purchased through the Shuffle. Solid top of the line GPU and worth the money.

Pros: Great frame rates Runs Cool & Quiet Got through the NewEgg Shuffle - AWESOME Subtle RGB - not too much

Cons: I have the Samsung G7 32 monitor so if you push this card to 240Hz then you -may- get an occasional stutter. IMO, not a deal breaker. Overall great card.

Pros: Good product if you are looking for a rx 5700xt performance with raytracing. Wish the memory bandwidth was a little hight but now bad. Solid cars